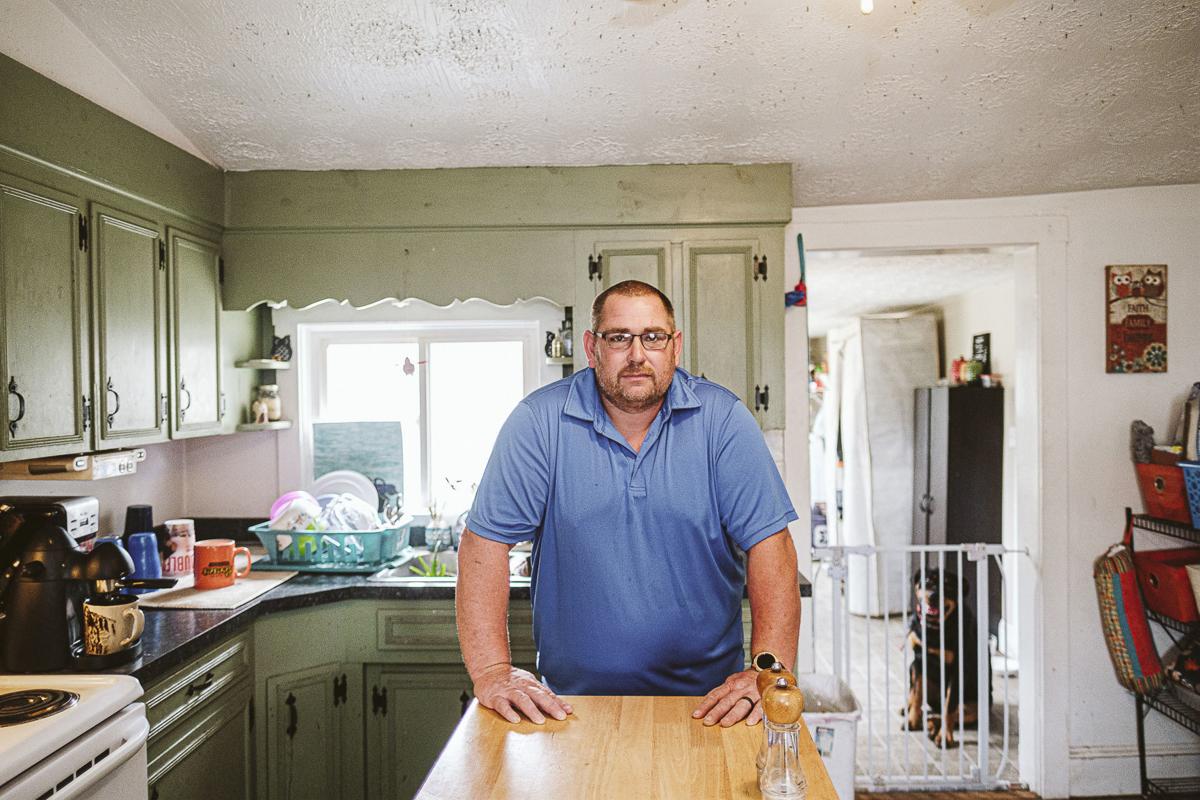 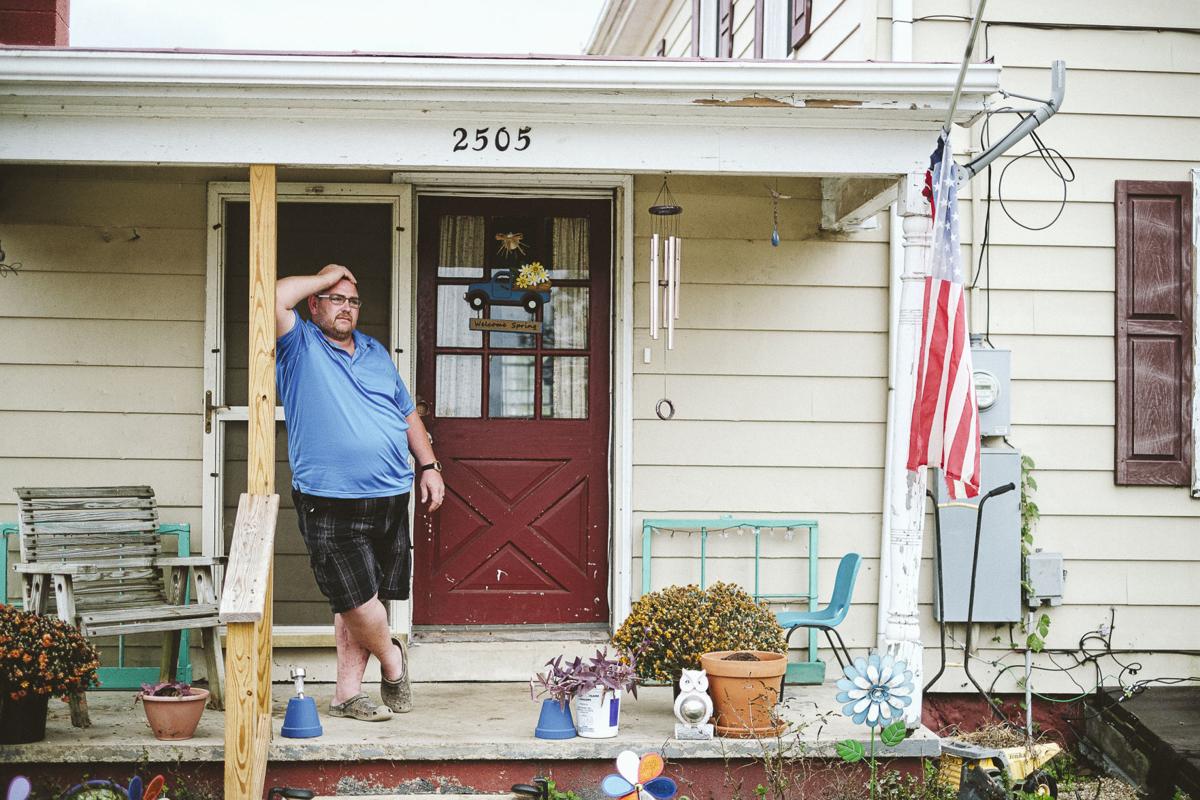 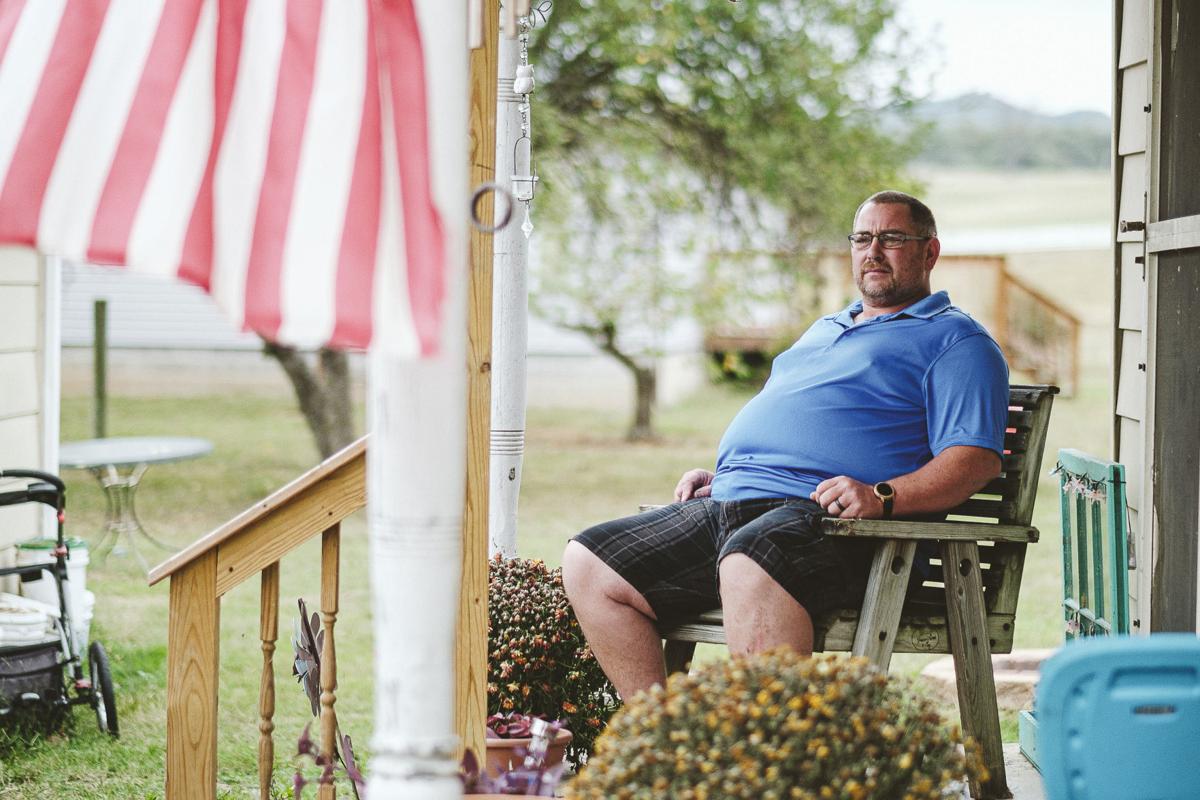 Robert Turkiewicz, a carpenter and construction worker who lives in Luray, Va., and his wife make about $22,000 a year — well within UVA’s new income guidelines for erasing a bill. Yet Turkiewicz faces a UVA judgment for $96,779 and attorney fees of $14,517, court documents show. 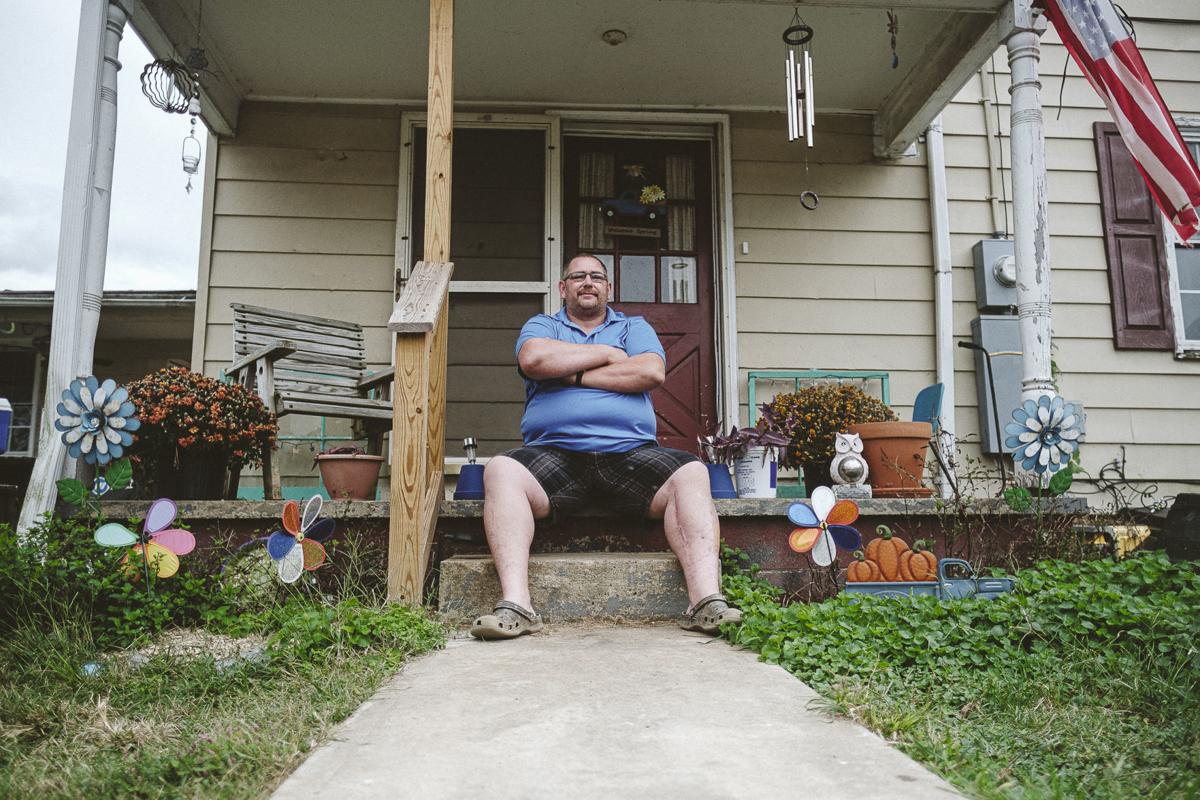 Robert Turkiewicz, a carpenter and construction worker who lives in Luray, Va., and his wife make about $22,000 a year -- well within UVA’s new income guidelines for erasing a bill. Yet Turkiewicz faces a UVA judgment for $96,779 and attorney fees of $14,517, court documents show.

Robert Turkiewicz, a carpenter and construction worker who lives in Luray, Va., and his wife make about $22,000 a year — well within UVA’s new income guidelines for erasing a bill. Yet Turkiewicz faces a UVA judgment for $96,779 and attorney fees of $14,517, court documents show.

Robert Turkiewicz, a carpenter and construction worker who lives in Luray, Va., and his wife make about $22,000 a year -- well within UVA’s new income guidelines for erasing a bill. Yet Turkiewicz faces a UVA judgment for $96,779 and attorney fees of $14,517, court documents show.

Kitt Klein and Mike Miller lost thousands of dollars in hard-earned savings more than a decade ago after UVA Health put a lien on their home for a hospital bill they couldn’t pay.

Now, they’re at risk of losing a second home.

“Can they do this twice?” asked Klein, who lives with her husband, a house painter, in her late mother’s house in the Shenandoah Valley.

The couple was hit with a $129,133 court judgment in 2017 after UVA sued them and won in a case involving unpaid bills for out-of-network treatment of Miller’s lung cancer the year before, court documents show.

Last month, UVA said it would scale back such activity after a Kaiser Health News investigation found the medical system had filed 36,000 patient lawsuits for more than $100 million over six years, sending many families into hardship and bankruptcy. Its pursuit of former patients included putting thousands of liens on homes.

The medical system, affiliated with the University of Virginia, said it is suspending current lawsuits, expanding financial assistance and even reconsidering old cases and applying aid retroactively. The new policies apply to people treated in July 2017 or later, according to Doug Lischke, UVA Health’s chief financial officer.

But that means people such as Miller, who received hundreds of thousands of dollars in financial assistance from his local hospital but not from UVA, won’t benefit from the changes. Thousands of former patients owing old bills, many with court judgments against them and wages being garnished or liens on their homes, will continue to suffer under the previous rules.

“There’s so many people that I’m talking to that are so relieved, saying thank God people are finally getting some justice,” said former patient Denise Nunez, 45.

But she’s still paying off a UVA bill of about $1,500 dating to 2014, legal papers show. It never came to her house because a clerk transposed the address number, she said. The new policies don’t stand to benefit her, either.

At the same time, patients treated more recently said they are struggling to obtain information on the changed rules and are uncertain whether they’ll be helped. Unlike VCU Health in Richmond, which halted all routine patient lawsuits after Kaiser’s inquiry, UVA says it will continue to sue patients with incomes above a certain level.

It has also said repeatedly that changes announced last month are “a first step.”

“It seems like they’re still sorting out details of exactly what their new policy looks like,” said Elaine Poon, managing attorney at the Legal Aid Justice Center in Charlottesville, which represents some lower-income UVA patients. “We want UVA to hold off — to suspend collections until they have a new policy.”

UVA has said little publicly about its new policies almost two months since it announced them, beyond posting a webpage referring to federal poverty guidelines and directing patients to a phone number with an intricate voice menu asking for a “guarantor account number.” Some patients said they didn’t understand what that means.

The website says nothing about reopening old cases for those already hit with garnished wages, court judgments or even UVA liens on their homes.

UVA is updating its website and stocking clinics with cards in English and Spanish with contact information for patients having trouble with bills, said health system spokesman Eric Swensen. For patients meeting the new rules, it is halting or reversing the seizure of Virginia’s special tax refund of up to $220 that is being issued this fall, he said.

UVA has granted easier payment terms to hundreds of patients, stopped renewing wage garnishments for patients who qualify and suspended or dismissed more than 500 lawsuits since Sept. 12, Swensen said.

For now, however, that doesn’t help Robert Turkiewicz, who lost a case the day before, on Sept. 11, and faces a UVA judgment for $96,779 and attorney fees of $14,517, court documents show. Given his experience with the UVA billing office, he’s not sure it ever will.

A carpenter and construction worker who lives in Luray, Turkiewicz, 44, accidentally shot himself in the leg a year ago while taking a pistol out of a truck to kill chickens. He and his wife make about $22,000 a year, he said. That’s well within UVA’s new income guidelines for erasing his entire bill.

But his stated income falls within UVA’s old guidelines for at least partial financial assistance — and he never obtained it. A UVA billing clerk kept asking for copies of pay stubs that didn’t exist because he had been badly wounded and couldn’t work, he said.

On paper, UVA’s amended policy makes it easier to qualify for financial assistance, awarding aid to families with incomes of up 400% of federal poverty guidelines, or about $100,000 for a family of four with less than $50,000 in assets, besides a home.

A family of four with income below about $50,000 would qualify for a full write-off under the new rules. UVA also has said it won’t usually sue families earning less than 400% of poverty guidelines, and will increase the discount off hospital list charges for all uninsured patients from 20% to at least 40%. It has said it will not refund money already collected.

The health system is appointing a “billing and collections advisory council” of medical and community leaders to consider further changes, leaving open the possibility it could increase discounts for the uninsured or reduce balances for people treated before the July 2017 cutoff.

The system’s collections policies have included canceling enrollment for University of Virginia students who owe medical bills. UVA has hinted it would reconsider this.

But “I’m still blocked,” said Nacy Sexton, whose UVA education was interrupted in 2014 by a hospital bill that he is still paying off. “UVA has not reached out to me.”

Even closed cases can leave families heavily indebted or stripped of savings.

“I paid every penny to them, but I still owe $25,000 to a friend of mine,” said Priti Chati, 51, who lives in Roanoke. UVA sued Chati, whose case Kaiser described in a previous story, for treatment of a brain tumor in 2011.

Those with old bills and legal judgments say they hope the advisory council will urge UVA to make the new policies effective further back than July 2017.

UVA is dunning money from Nunez for a 5-year-old bill, taking $602 from her Virginia tax refund in April, a letter the state sent her shows.

Klein and Miller’s experience with big UVA Health bills began in the early 2000s after he hurt his wrist badly in a lawnmower accident. Multiple surgeries drove up the bills, which their daughter eventually paid with her money.

They deeded their house to her in 2012 for a few dollars to pay her back, Klein said, with UVA effectively taking their home equity. Then they moved into her mother’s house, built in the 1870s, near Quicksburg.

Since 2012, Miller has been fighting lung cancer and has tumors on his bladder and kidney. His insurance has paid more than $100,000 for treatment at Sentara RMH Medical Center in Harrisonburg, with the hospital awarding more than $400,000 in financial assistance based on his income, said Sentara spokesman Neil Mowbray.

But in 2016, doctors said he needed radiation therapy available only at UVA Health, which was out of network. The plan still paid UVA at least $64,000, insurance documents show. But UVA billed and sued the couple for $129,133. They’re paying $100 a month.

They make about $25,000 a year, said Klein, adding that UVA denied their previous financial assistance application. Their income is within the new UVA guidelines for patients to be considered for a full write-off of the bill.

But because the treatment was in 2016, before the July 2017 cutoff, she fears UVA will have a claim on her Quicksburg home, the one she grew up in, with her mother now buried nearby.

“I was furious,” she said. “Here we are going through this again, and this is our family homeplace. That’s all Mom wanted — she wanted it left with the family.”

Kaiser Health News is a nonprofit news service covering health issues. It is an editorially independent program of the Kaiser Family Foundation, which is not affiliated with Kaiser Permanente.