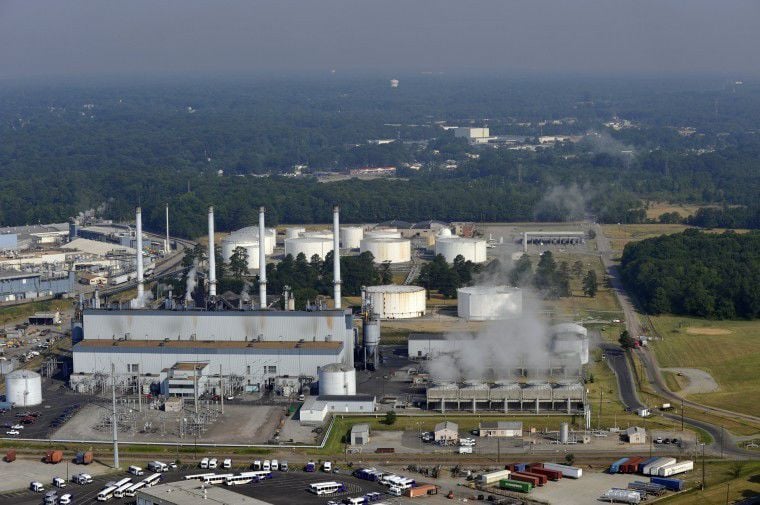 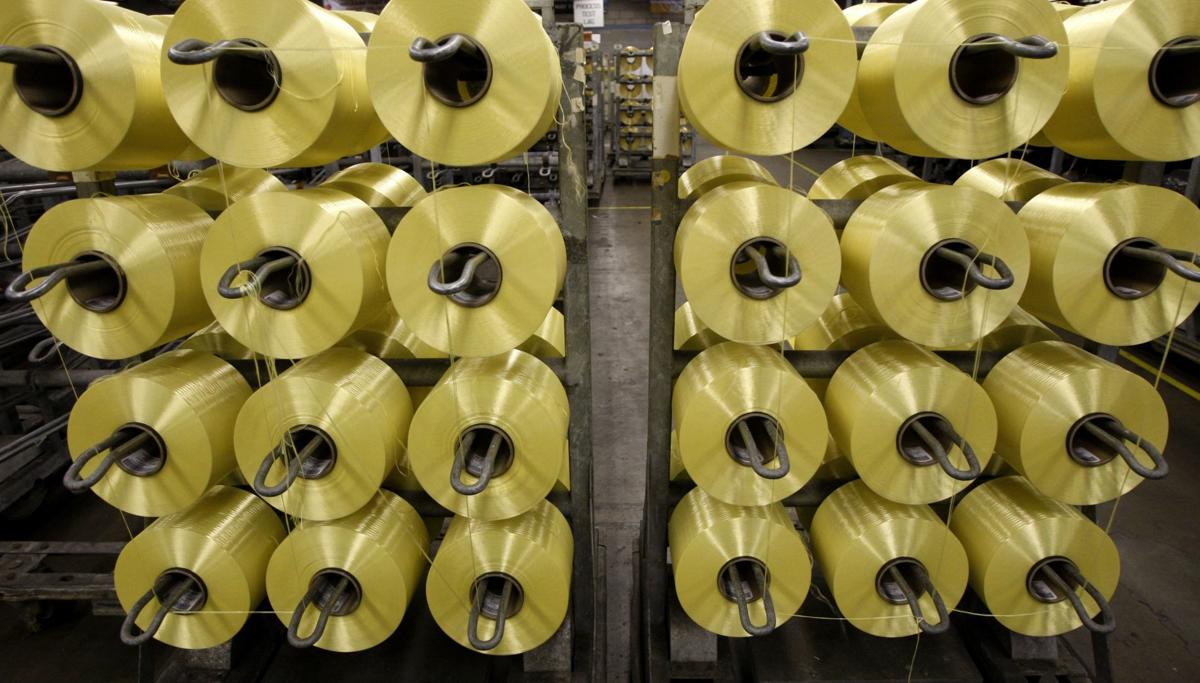 DuPont’s Spruance plant on Jefferson Davis Highway in Chesterfield County makes rolls of Kevlar, which is used in bullet-resistant vests and other protective apparel. The plant also produces Nomex and Tyvek.

DuPont’s Spruance plant on Jefferson Davis Highway in Chesterfield County makes rolls of Kevlar, which is used in bullet-resistant vests and other protective apparel. The plant also produces Nomex and Tyvek.

DuPont is investing more than $75 million to modernize and expand its manufacturing and technology presence at the company’s Spruance plant on Jefferson Davis Highway in Chesterfield County.

The expansion will create about 60 new jobs over the next several years, Gov. Ralph Northam announced Tuesday afternoon.

The plant employs more than 2,000 people and is one of the largest employers in Chesterfield.

Neither the governor nor the company disclosed what product line is being expanded at the plant, which is the company’s largest manufacturing site. DuPont has operated the plant since 1929.

“The investment will be going into multiple areas on the site, but we are not talking about specific areas right now,” DuPont spokeswoman Debbie McNeil said.

“The expansion of the company’s Spruance site in Chesterfield County is a significant win, and we are grateful to DuPont for their ongoing commitment to the commonwealth,” Northam said in a statement.

The Virginia Economic Development Partnership worked with Chesterfield County and the Port of Virginia to secure the project for Virginia.

“DuPont has been a community supporter for 90 years,” said Garrett Hart, Chesterfield’s economic development director. “The fact they’ve committed to such an investment in this facility ... we’re delighted.”

Northam approved a $250,000 grant from the Commonwealth’s Opportunity Fund to assist Chesterfield with the project. The governor also approved a performance-based grant of $1 million from the Virginia Investment Performance program. DuPont also is eligible to receive sales and use tax exemptions on manufacturing equipment, as well as benefits from the Port of Virginia Economic and Infrastructure Development Zone Grant Program. The company also qualifies for other credits for creating new full-time jobs, for having research and development expenses and for supporting training activities.

“It is satisfying to learn that part of the decision to reinvest in the commonwealth came as a result of the positive long-term relationship that exists between the port and DuPont, as well as the incentives provided to the company,” John Reinhart, CEO and executive director of the Virginia Port Authority, said in a statement. “We are looking forward to many more years of serving as the international trade gateway for DuPont.”

David Johnson, the Spruance site manager for DuPont, said in a statement that the company has invested more than $250 million to upgrade and improve its manufacturing operations at the plant since 2015.

In March 2018, for instance, DuPont announced it was investing $50 million in its global operations that make Kevlar because of strong demand. Kevlar is a high-strength fiber best known for its use in bullet-resistant vests worn by soldiers and law enforcement officers.

The company did not disclose at the time how much of the $50 million would be invested specifically at the Spruance plant.