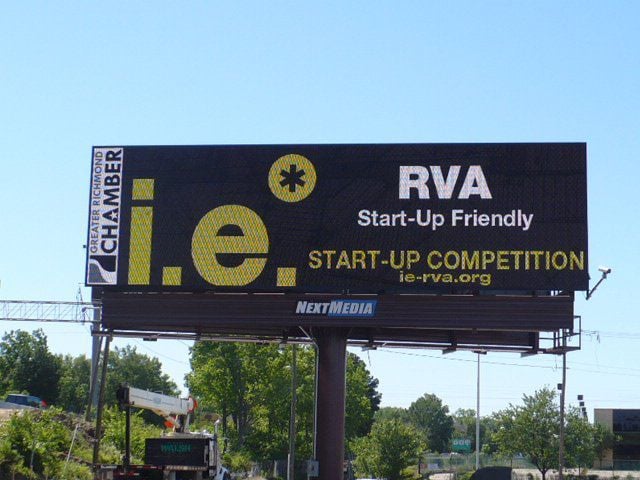 Ads promoting the Richmond region as a place for entrepreneurs have begun running on electronic billboards along Interstates 95 just south of the Boulevard exit. 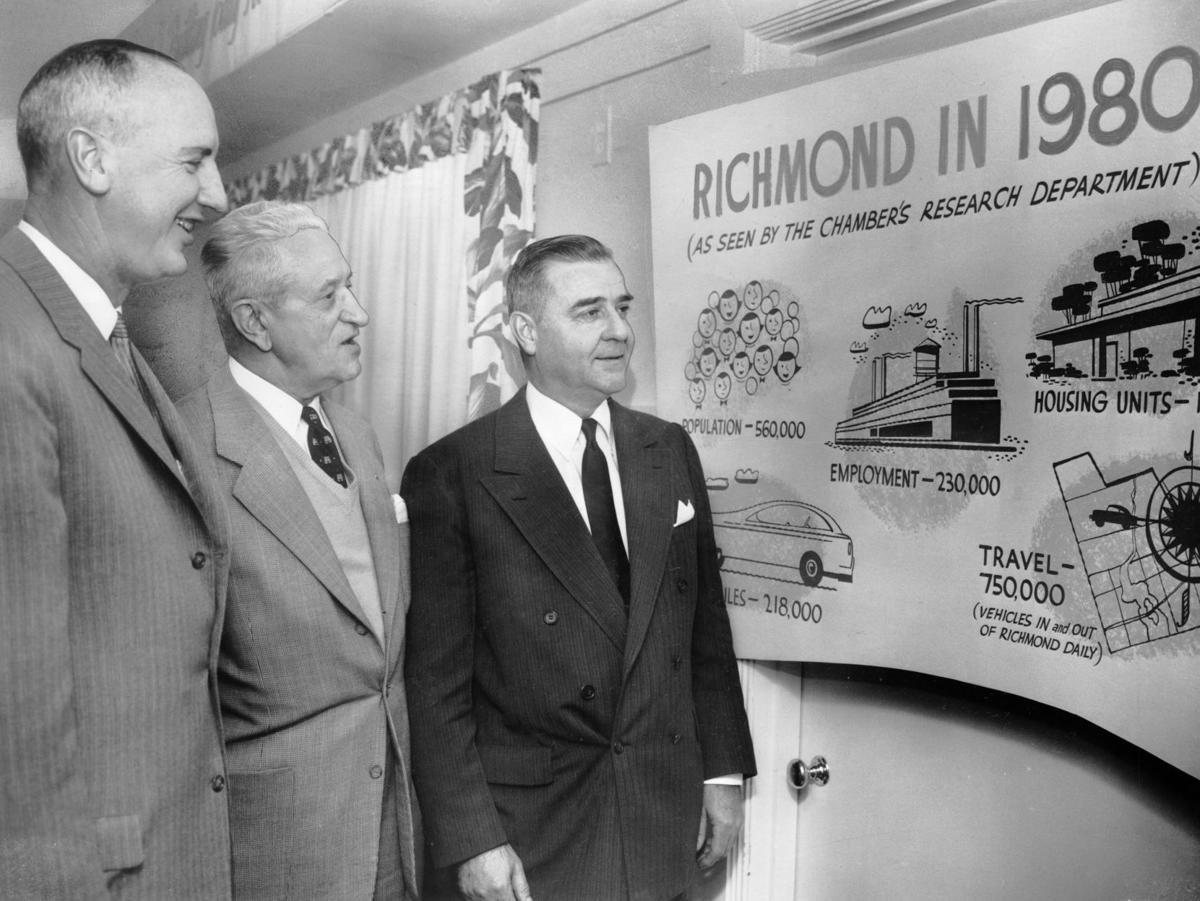 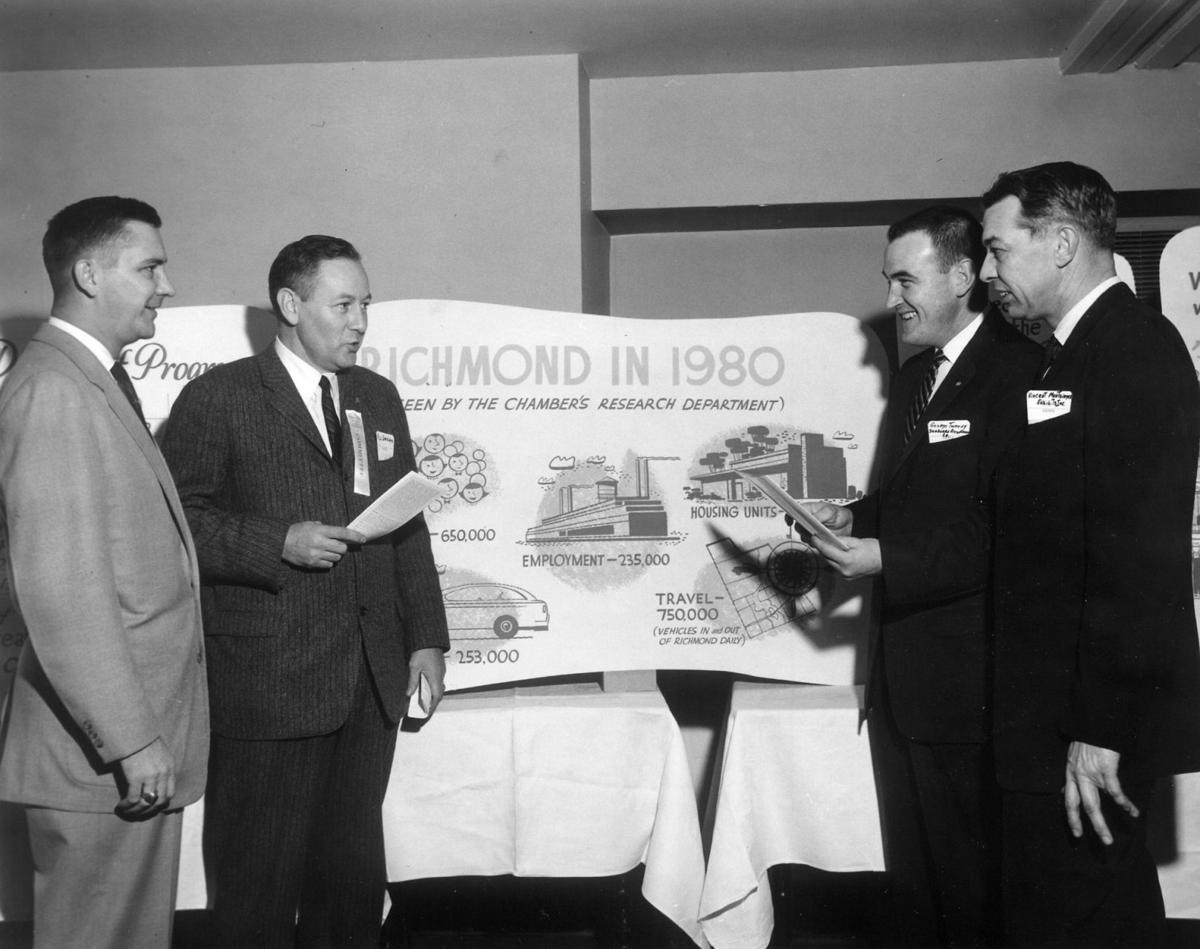 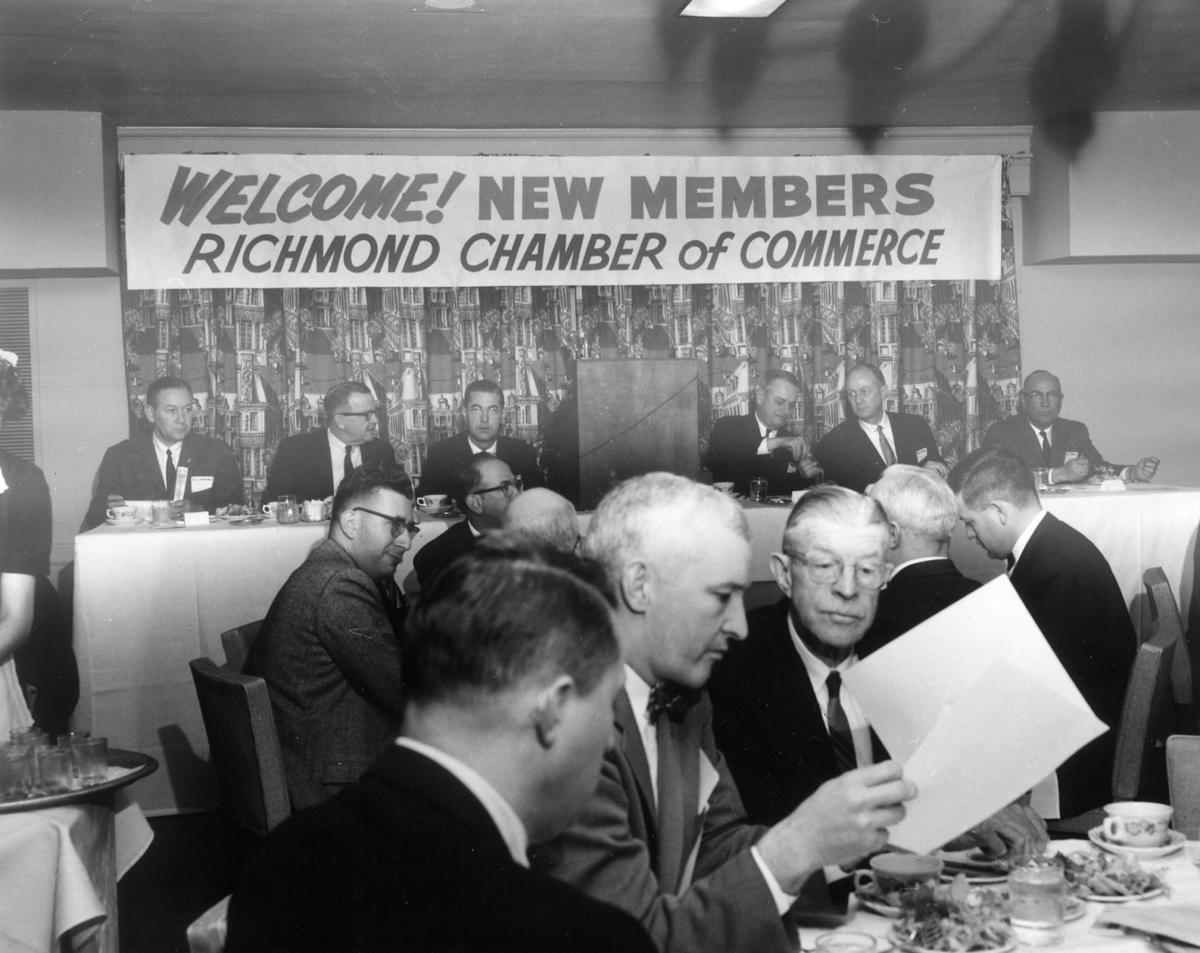 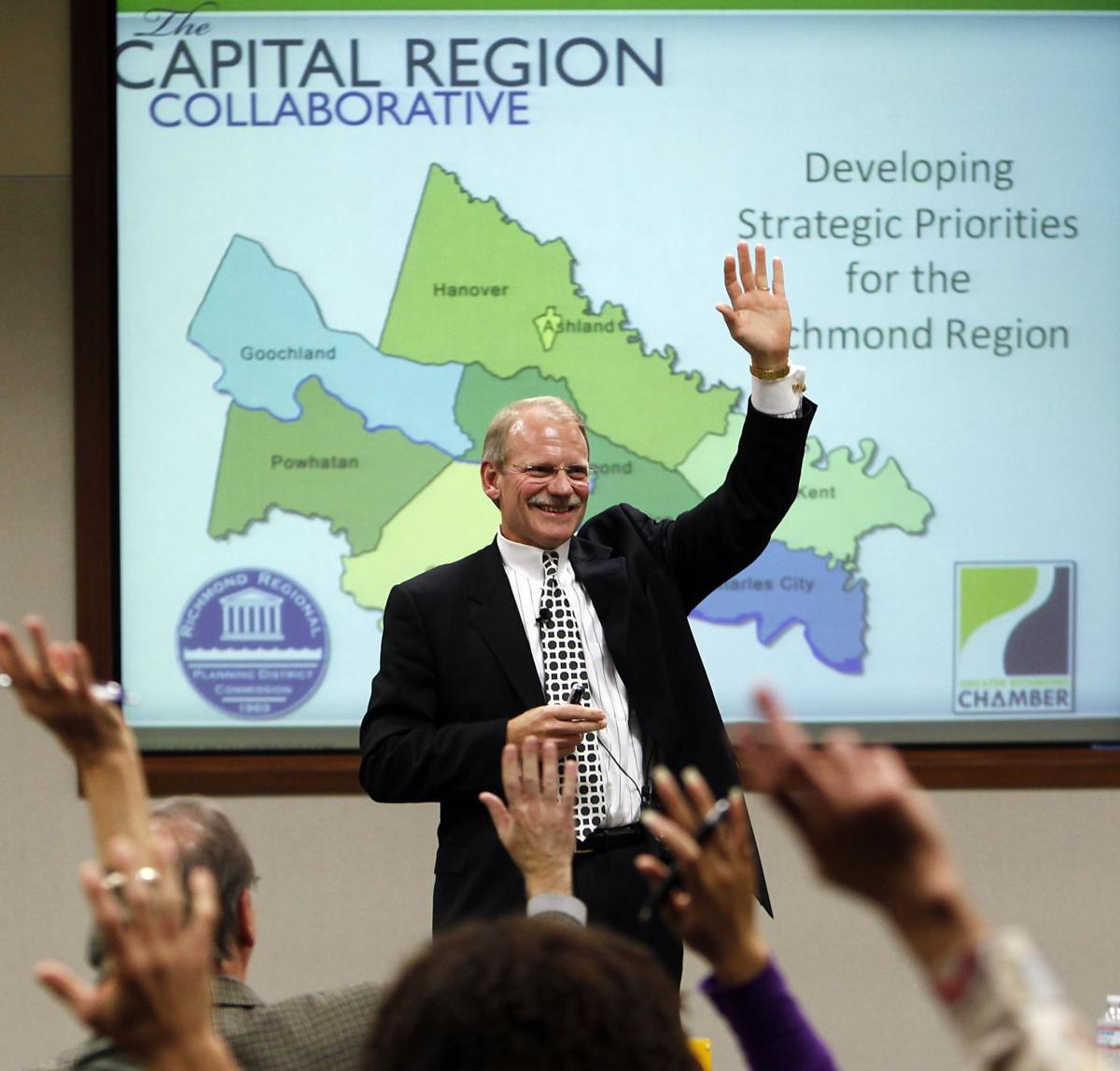 Kim Scheeler, president and CEO , Greater Richmond Chamber of Commerce during his presentation at the Richmond Times-Dispatch’s Public Square: Reinventing Richmond for the next generation Wed. Oct. 20, 2010. 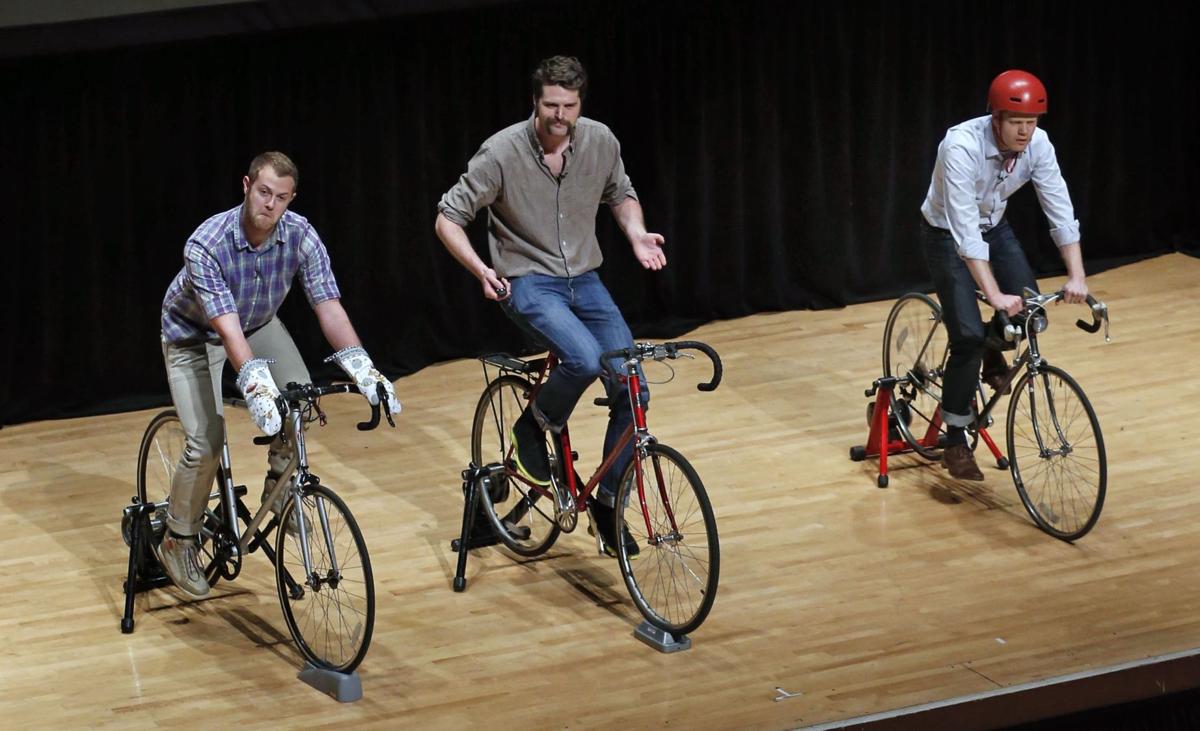 Partners for the company Dragon Grips present their idea for pedal-powered, heated bicycle grips at the .i.e Startup Competition in 2013. 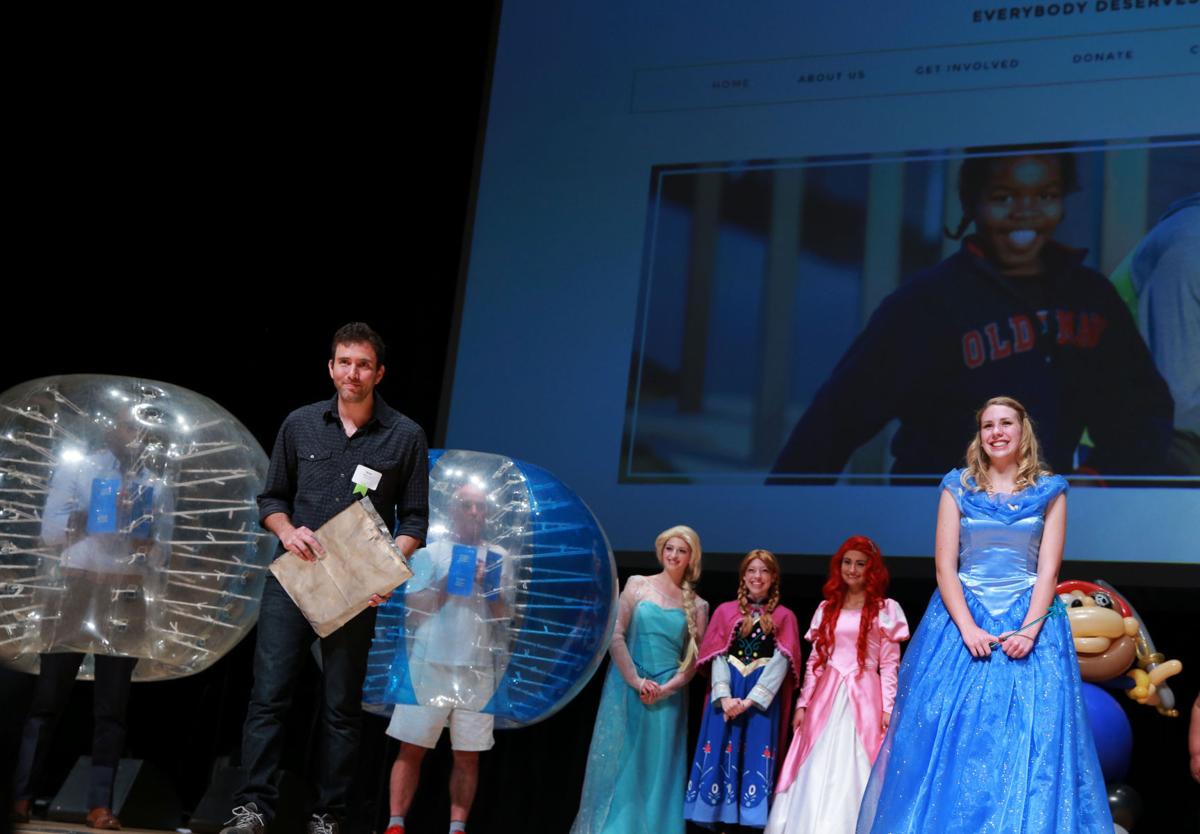 Nate Marcus, left foreground, of Party RVA, pitched his business to the judges and audience during 2015 i.e.<&bullet>competition at Richmond CenterStage on Tuesday, May 12. Party RVA won Region’s Best Startup.

Ads promoting the Richmond region as a place for entrepreneurs have begun running on electronic billboards along Interstates 95 just south of the Boulevard exit.

Kim Scheeler, president and CEO , Greater Richmond Chamber of Commerce during his presentation at the Richmond Times-Dispatch’s Public Square: Reinventing Richmond for the next generation Wed. Oct. 20, 2010.

Partners for the company Dragon Grips present their idea for pedal-powered, heated bicycle grips at the .i.e Startup Competition in 2013.

Nate Marcus, left foreground, of Party RVA, pitched his business to the judges and audience during 2015 i.e.<&bullet>competition at Richmond CenterStage on Tuesday, May 12. Party RVA won Region’s Best Startup.

Chambers of commerce have always existed to promote commerce and support business interests in a region, but the scope of those interests has broadened over time.

Many of the concerns that were on the agenda in the late 1860s, when the Richmond Chamber of Commerce was first established, remain at the forefront today — issues such as infrastructure, transportation and taxes.

“As you read through all the minutes, you see the consistent things that the chamber has always responded to,” said William “Bill” Martin, director of The Valentine, a museum in Richmond which holds historical documents of what is now called ChamberRVA.

Historically, chambers have been “obsessed with infrastructure and transportation,” said Chris Mead, author of the 2014 book “The Magicians of Main Street,” a history of chambers of commerce in the United States.

Nationally, chambers pushed for the creation of the Pony Express, the development of telegraph lines, the building of the transcontinental railroad and the completion of the Panama Canal in the late 19th and early 20th century.

At meetings early in the Richmond Chamber of Commerce’s history, discussions sometimes centered on improvements to shipping infrastructure on the James River and better rail service — topics still being discussed today.

“The buzz today is about growing barge service from the Port of Virginia to the Richmond Marine Terminal and dredging the harbor in Portsmouth to ensure it is deep enough for the biggest cargo ships,” Martin said.

While early chamber officials talked about trains, the focus now is the planned bus rapid transit line, called the Pulse, high-speed rail and transportation in general.

The chamber has evolved with the times in other ways, too. Big issues tackled by the Richmond chamber, and others around the country, now include education, innovation, tourism and technology, and economic development through business recruitment.

“Over the years, chambers have gone through different iterations,” said Kim Scheeler, who has been president and CEO of ChamberRVA since August 2008.

“At its core, it has always been a place where businesses and business leaders could come together and collectively do the work that is needed to help the community grow and continue to succeed,” Scheeler said.

Business recruitment jumped to the forefront early in the 20th century. For instance, in the 1920s when it had more than 1,000 members, the local chamber put on a national advertising drive that helped attract new manufacturing plants to town, including a DuPont factory in Chesterfield County.

As the suburbs grew, the chamber’s influence stretched beyond the city limits.

“After World War II, a lot of chambers added the word ‘greater’ or ‘regional’ or ‘area’ to their names and expanded to the suburbs,” said Mead, the book author who also is senior vice president of the Association of Chamber of Commerce Executives, an organization representing 1,200 local, state, and regional chambers of commerce.

“Chambers wanted to represent a whole region for a lot of reasons. Simply by adding a word to their names, they became more regional.”

As of 2013, the United States had 7,086 chambers of commerce, though chambers with more than one full-time employee probably numbered no more than 3,000, according to Mead’s history of U.S. chambers.

ChamberRVA now represents businesses in the city of Richmond and the town of Ashland, and the counties of Hanover, Henrico, Chesterfield, Goochland, Powhatan, Charles City and New Kent.

Some of the region’s localities have their own independent chambers or have councils associated with ChamberRVA.

Today’s role of ChamberRVA has become about tackling issues that cross jurisdictional boundaries. “We have really tried to tighten our focus and get more engaged in the big regional issues, and creating leadership for the future,” Scheeler said.

As part of that regional focus, in 2007 the chamber and the Richmond Regional Planning District Commission formed the Capital Region Collaborative, a regional effort to engage government, business and other community stakeholders in prioritizing activities to enhance the quality of life in the Richmond region.

By the mid-20th century, the local chamber also was thinking about metropolitan development and looking outside the area for ideas.

Chamber President Richard S. Reynolds Jr., who was then president of Reynolds Metals Co., said in 1959 that one endeavor of “paramount importance” was metropolitan planning, according to a history of the chamber compiled for its 100th anniversary in 1967. So he arranged for a plane trip for Richmond-area business and government officials to New York City to confer with Robert Moses, an authority in urban redevelopment.

That trip could be seen as a forerunner to ChamberRVA’s annual Intercity Visits, a program in which business, civic and government leaders visit other cities around the country to learn about best practices and innovative ideas there.

James W. Dunn, who served as the chamber’s president and CEO from 1990 to 2008, counts the creation of the program among the greatest successes of his tenure.

Business and government leaders have been on 25 Intercity Visits including trips to Nashville, Tenn.; Tampa, Fla.; Denver; Boston; Austin, Texas; and Raleigh, N.C. In April of this year, the largest-ever group of 191 people visited Pittsburgh.

The chamber’s 2018 InterCity Visit will be in Minneapolis-St. Paul in April.

Transportation has been a major issue for the chamber for years.

The completion of state Route 288 also counts among the major achievements for the chamber, which pushed for the road project linking western Henrico and Goochland counties with Powhatan and Chesterfield counties, Dunn said.

“I think one of the big achievements on the transportation front was making improvements at Richmond International Airport,” Dunn said. “Under (Airport CEO) Jon Mathiasien’s excellent leadership, we got a terminal expansion.”

The chamber has been talking about getting better air service for nearly a century.

When commercial aviation was in its infancy, the chamber began seeking airlines to serve the city, according to a history of the organization compiled for its 100th anniversary by Edmond H. Brill Jr., who managed the chamber’s convention and publicity bureau.

More recently, the chamber also has been involved in improving air service and recruiting and keeping low-fare air carriers at the airport.

It initiated a campaign centered around encouraging large business users — and the average Richmond consumer — to use these low cost air carriers like JetBlue and Southwest airlines.

“Air service continues to be challenge for our region and many other regions of our size as we need non-stop flights to more cities to help with economic development,” said Robert S. Ukrop, who served as the chamber’s chairman in 2006-07 when he was president and CEO of Ukrop’s Super Markets Inc.

Scheeler notes the “Save Low Fares” promotional campaign by the chamber several years ago was part of an effort to get air travelers — particularly business travelers — to buy more tickets on JetBlue Airways and AirTran.

The effort, using a grant from the Capital Region Airport Commission, which owns and operates Richmond International Airport, also was important to keep Southwest Airlines from cutting service after it bought AirTran.

“The success of that campaign (in light of the fact that Southwest pulled out of several other middle market cities) is definitely something that should be included in recent chamber successes,” Scheeler said.

Much of the current focus of economic development is not just on recruiting companies, but helping existing businesses and startups grow.

That’s why ChamberRVA has revamped its small business development center and created Thrive, an online platform where small business owners can connect with more than 50 mentors to get advice.

Scheeler said that over the last year, Thrive has helped small businesses in the region create more than 400 jobs.

The chamber also has focused some attention to the region’s entrepreneurial ecosystem. For four years, the chamber sponsored the i.e. Startup Competition, which gave out more than $55,000 in seed capital to local ventures through a pitch competition.

As the chamber marks its 150th anniversary, “I think the big theme for us is that the region is on an upward trajectory, and we want to continue to take advantage of that and grow while keeping the good quality of life that we have,” Scheeler said.

Since 1867, 106 business leaders in the Richmond region have run what is now called ChamberRVA.