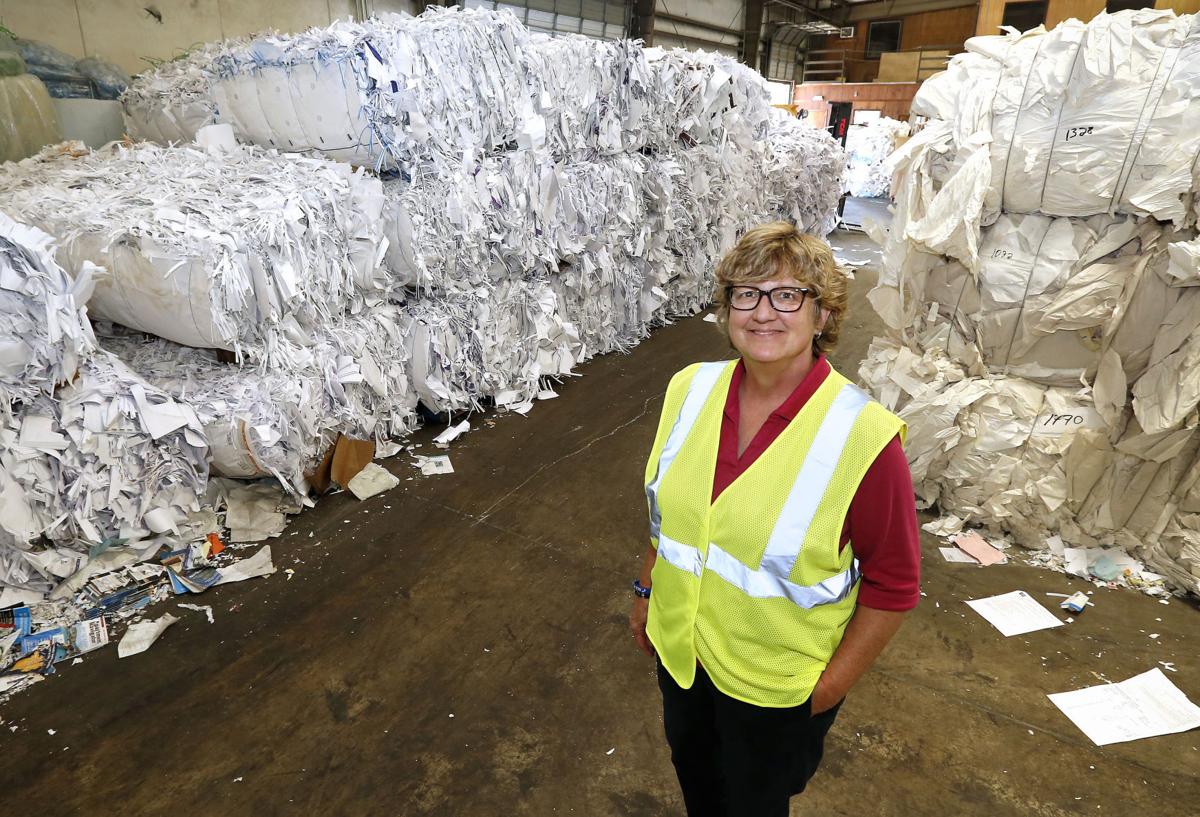 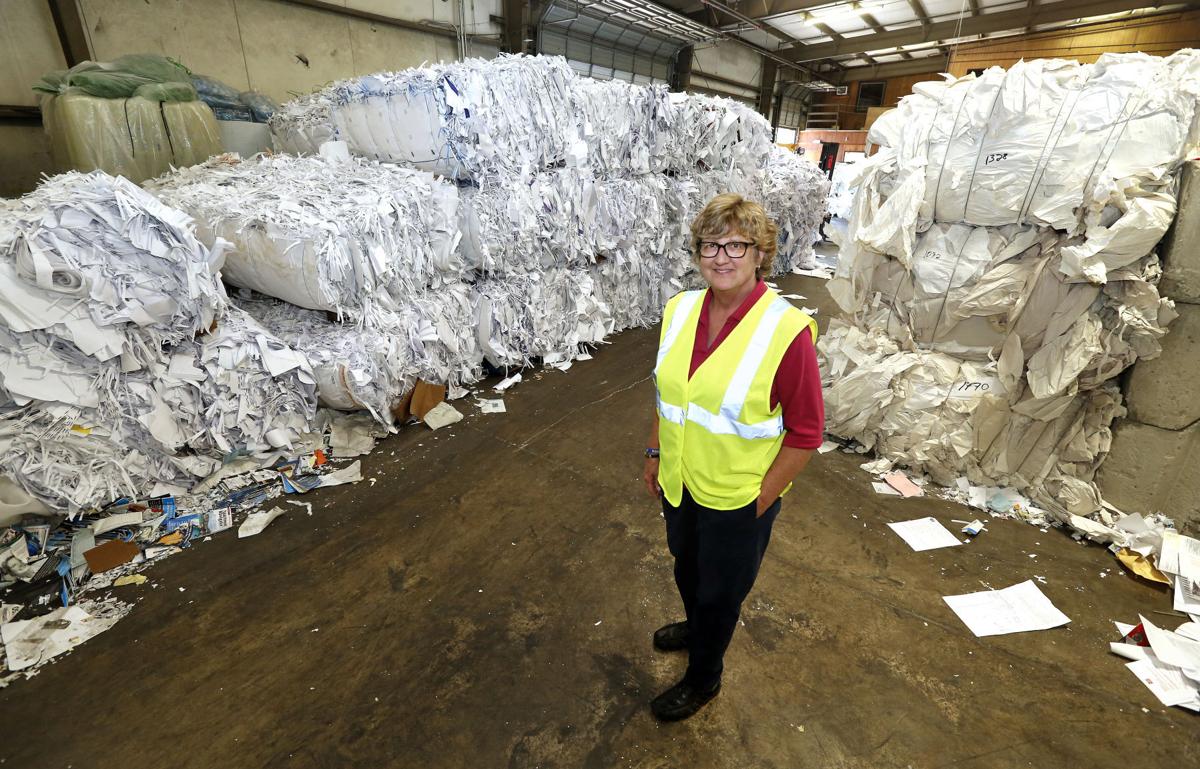 Four Season Recycling owner Wanda McGee stands by bundled recycled paper at her new location on Valley Road Tuesday, August 30, 2016. The business she started in 2009 mainly focuses on industrial and manufacturing waste and scrap but also buys bulk from the public.

Four Season Recycling owner Wanda McGee stands by bundled recycled paper at her new location on Valley Road Tuesday, August 30, 2016. The business she started in 2009 mainly focuses on industrial and manufacturing waste and scrap but also buys bulk from the public.

Four Season Recycling landed an important contract recently. The Richmond-based company will handle all of the recyclable materials produced at Stone Brewing Co.’s plant in Richmond.

The five-year contract is part of Four Season Recycling’s services where it helps companies decrease landfill costs as well as their environmental footprint.

“I try to find the best reuse or recycling opportunity for customers,” said Wanda McGee, who founded Four Season Recycling in 2009.

McGee began her career in the recycling industry in 1977.

“I was the first female that Reynolds Aluminum Recycling hired in the recycling operations department,” she said, referring to the former Reynolds Metals Co. recycling division.

She started out driving a tractor-trailer around the state and was promoted as plant manager in the Washington, D.C., area and later as area business manager, covering the District, Maryland, Virginia and Delaware.

She was working for SP Recycling Corp. in its Richmond office in 2009 when she was laid off. “It was totally unexpected,” she said. “Six weeks, later I started my own business.”

She began Four Season Recycling in her garage, brokering recyclable commodities. Her company is certified in the small, women- and minority-owned business program, known as SWaM.

Today about 60 percent of the company’s business is processing recyclable materials. The remaining 40 percent is generated through brokering.

Four Season Recycling buys its brokerage materials from a variety of customers that include other recycling companies, manufacturers and governments such as Bedford County, which has a materials recovery facility.

“Most of our paper commodities are sold to local mills, but plastics and metals can be a little more challenging to sell,” said Vicki Esposito, recycling coordinator for Bedford’s solid waste department. “Wanda has been able to handle the marketing of some of my plastics and metals, and she keeps the sales as local as she can. I love being able to market out Bedford County’s recycling close to home and let our citizens know that.”

She appreciates the fact that McGee is someone she can count on.

“Wanda takes pride in her business and her customers. She has weathered the bad markets and she still continues to prosper and build new relationships,” she said.

The company also buys plastic stretch film and sells it to a manufacturer that makes plastic decking.

Its customers are located throughout Virginia, including Newport News, Charlottesville, Manassas and Bedford as well as the Richmond region.

“We are open to buying from anywhere,” McGee said.

Four Season Recycling moved into its space at 1320 Valley Road in North Richmond in January. McGee bought the building at auction last year.

The company opened its Buy-Back Recycling Center at the same location in March. The center, which is open to the public, buys a variety of recycling materials that include cardboard, white and mixed office paper, books, magazines, old newspapers and aluminum cans.

From 2011 to 2015, Four Season Recycling’s volume of business in tons increased more than 600 percent, she said.

“Prior to March 2011, I only brokered,” McGee said. “Our revenue increased by 40 percent over the same time period, but our profits were higher. This year with the relocation and last year’s purchase of the building, it’s going to be a little bit tougher for us to show a profit. But markets are up for paper so that will generate more revenue for us.”

“One thing that makes them unique is the personal relationship they have with our people here,” he said. “The owner knows the people in the back who bale the recycling by name. If we ever need an extra pickup or if there are questions, the guys in the back can pick up the phone and talk directly to someone at Four Season.”

What is it?: Recycles industrial and manufacturer waste and scrap. It also buys recycling from the public.

Employees: Six, not including the owner