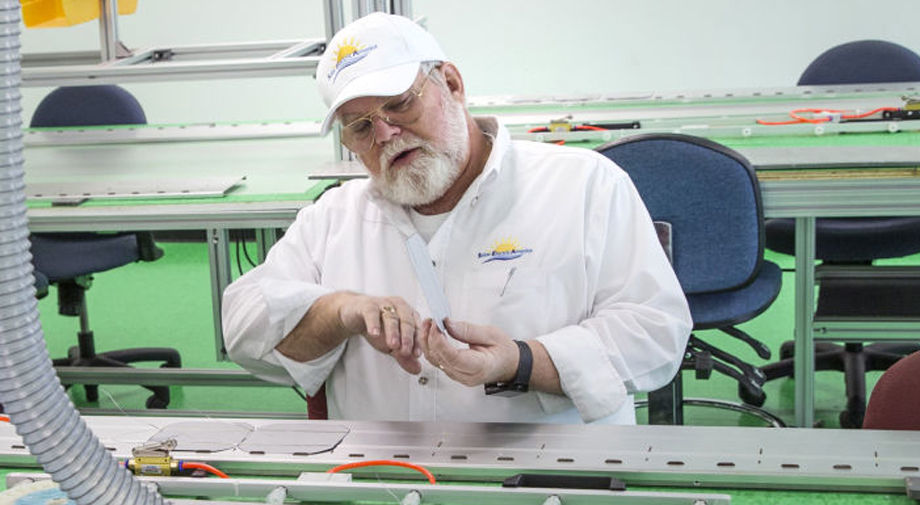 Charles Bush has overhauled the 16,000-square-foot building he is leasing on Pride Road, which he has christened Solar Electric America. 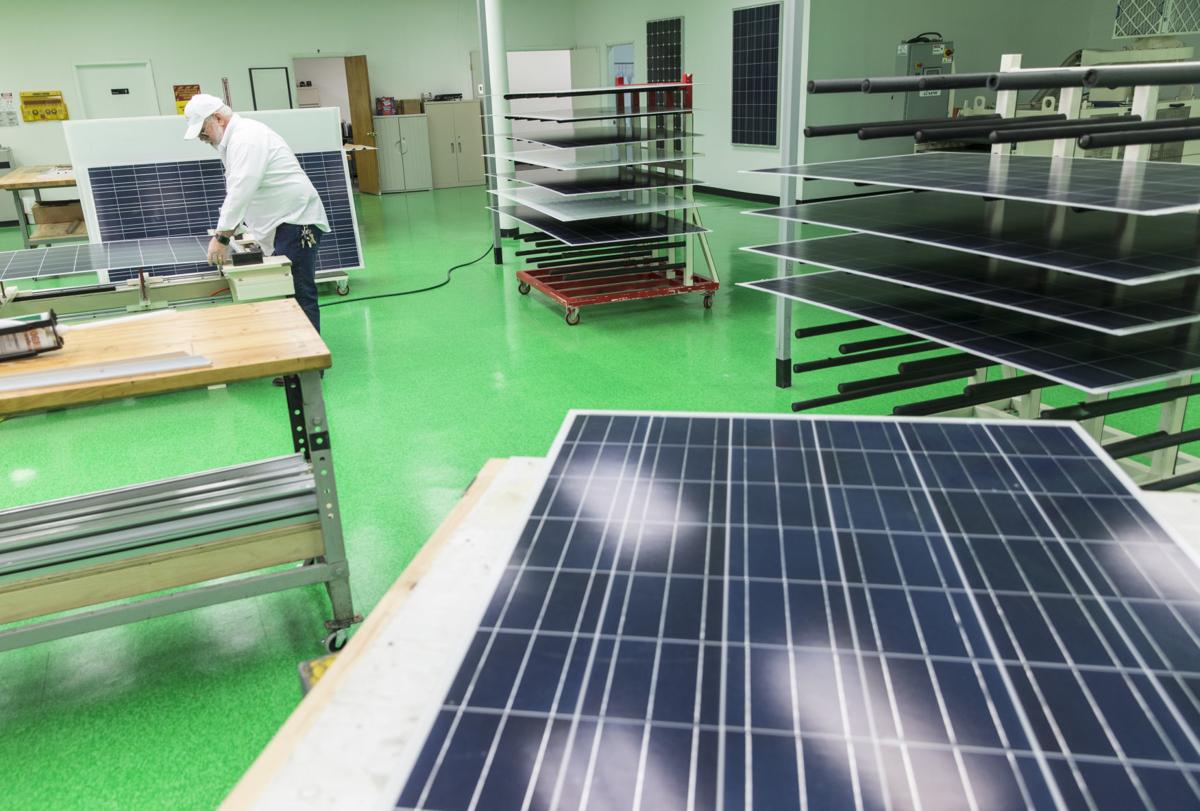 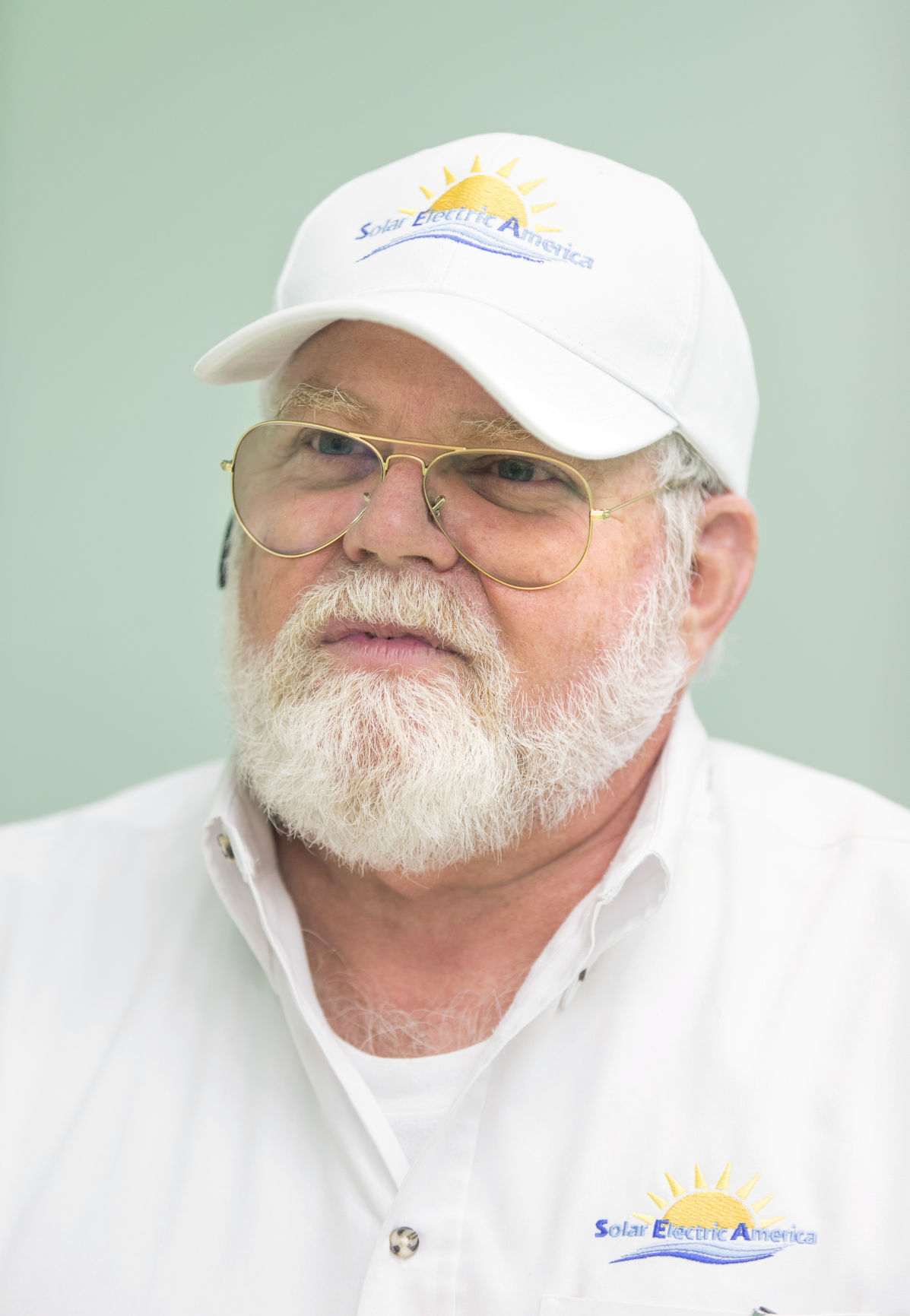 Charles Bush has overhauled the 16,000-square-foot building he is leasing on Pride Road, which he has christened Solar Electric America.

When President Donald Trump’s administration announced last month that it would slap a 30 percent tariff on imported solar panels and the cells inside them that convert sunlight into electricity, many saw it as a reckless move that would needlessly damage a booming U.S. industry.

Abigail Ross Hopper, president and CEO of the Solar Energy Industries Association, a trade group, said the tariffs “will create a crisis in a part of our economy that has been thriving, which will ultimately cost tens of thousands of hard-working, blue-collar Americans their jobs.”

But for Charles Bush, who says he has pumped $1.2 million into a former die plant off Midlothian Turnpike in South Richmond that he hopes will soon become Virginia’s first solar panel manufacturing facility, there could be a silver lining.

“There are nine companies around the world that are looking at this plant,” said Bush, who has run a local solar panel installation business, Off Grid By Design, for the past decade. “At any moment, this could come together.”

The tariff, which was aimed at China’s meteoric rise to the No. 1 producer of solar cells and modules over the past decade via government-subsidized production, has more international firms looking for a U.S. footprint, Bush says.

“The tariff decision has definitely made a lot of it,” he said. “If anyone wants to come in here and build a factory, it’s going to take them at least a year. This one is ready to go.”

Bush said he has overhauled the 16,000-square-foot building he is leasing on Pride Road, which he has christened Solar Electric America. The company is looking to offer jobs to as many as 48 people, many with disabilities and other factors that make finding employment difficult, through an arrangement with the Virginia Department for Aging and Rehabilitative Services.

Much of the planning has been on hold as the tariff case filed with the U.S. International Trade Commission unfolded over the past year.

Right now, Bush says, the plant can produce 460 panels a day for a total output of about 60 megawatts worth of panels a year. For perspective, consider that Dominion Energy’s solar farm in Accomack County on Virginia’s Eastern Shore, built for Amazon, consists of 300,000 panels and produces 80 megawatts at peak capacity.

All of the firms Bush is talking with, he says, are Tier 1 manufacturers, which are those that meet an “industry acceptance” measure created by Bloomberg New Energy Finance that means the companies have provided their own panels to a certain number and scale of projects and have received financing by a certain number of banks.

Bush said he hopes to double capacity and employment within the first year of operation. He says he is weighing a range of offers, either from companies looking to partner or buy his facility outright.

In either case, the employment offers he has already extended will be honored.

Bush, 66, and his wife, Lori, both devout Christians, dove headfirst into solar 10 years ago after running a successful vending machine company.

“It was just work,” Bush said. “To me, it wasn’t anything to better humanity. I was looking for something that was more fulfilling in life.”

The tariffs, Whitten said, which expire after four years, do not offer enough of a window for companies to get domestic manufacturing off the ground, source materials and build supply chains.

In 2016, nearly 90 percent of the solar panels installed in the U.S. were made elsewhere.

Whitten notes that only about 10 percent of those came from China. The tariff, though ostensibly targeted at China, will affect panels, cells and other components made in a host of countries.

“We never really had a big industry to build off of,” he said. “It’s intended to protect a narrative that manufacturing jobs are somehow better than all the other jobs in our area and the false narrative that we can build enough capacity to meet substantially all of our demand. That’s just not the case.”

While the tariffs could spur some domestic manufacturing, big projects involve hundreds of thousands of panels and corresponding large supply chains.

“It’s not that it can’t be done, it’s just starting literally from scratch there will be some kinks,” Whitten said. “These are inefficiencies that add costs.”

Bush acknowledges that the tariff could dampen enthusiasm for large-scale solar projects, where the economies of scale make the per-kilowatt price crucial.

But he predicts residential scale demand will remain strong.

“It’s both good and bad,” he said of the tariffs. Solar’s merits, including zero fuel costs and minimal maintenance, will continue to be in demand, he says.

“This is the future of electricity,” Bush said. “True Americans want American-made products. ... They’d rather spend a little bit more and buy American.”