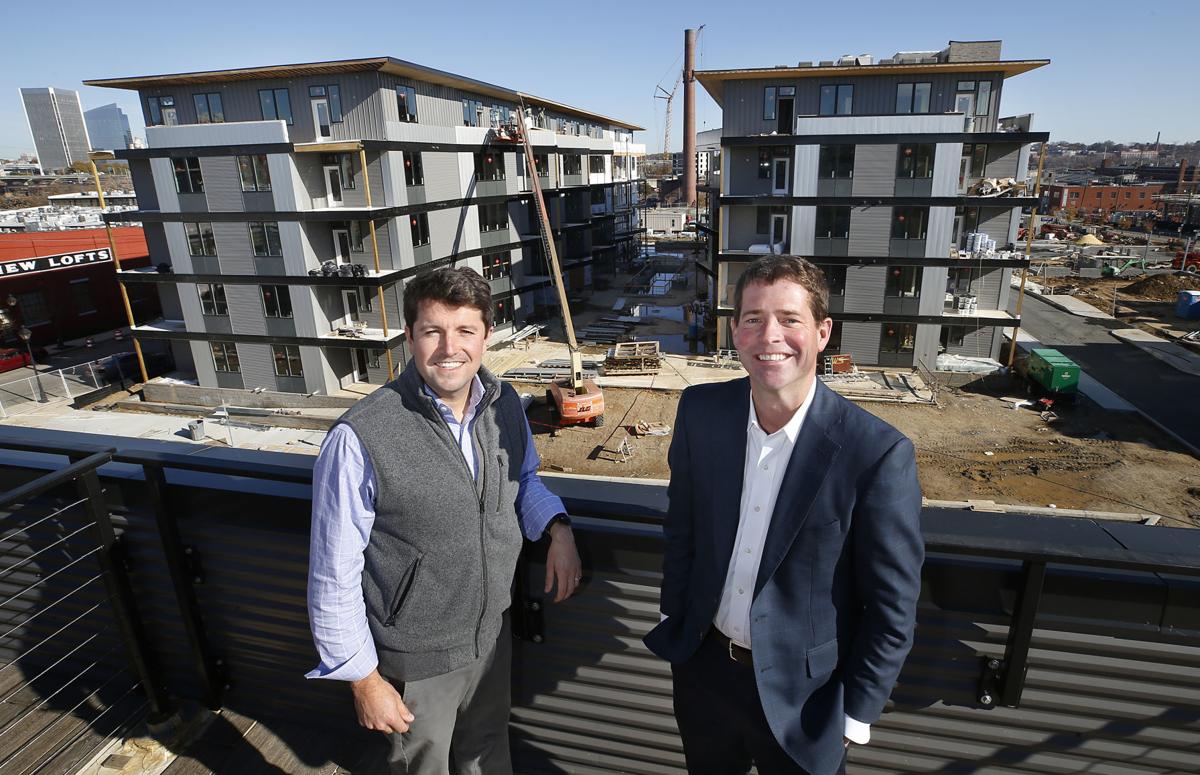 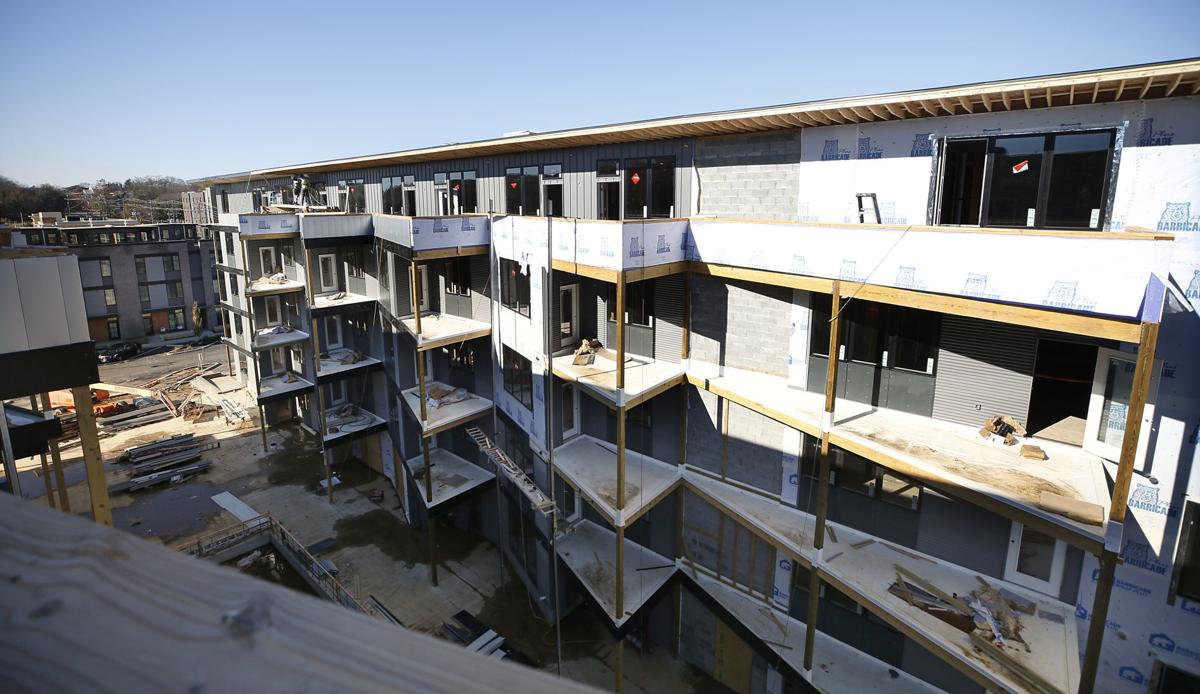 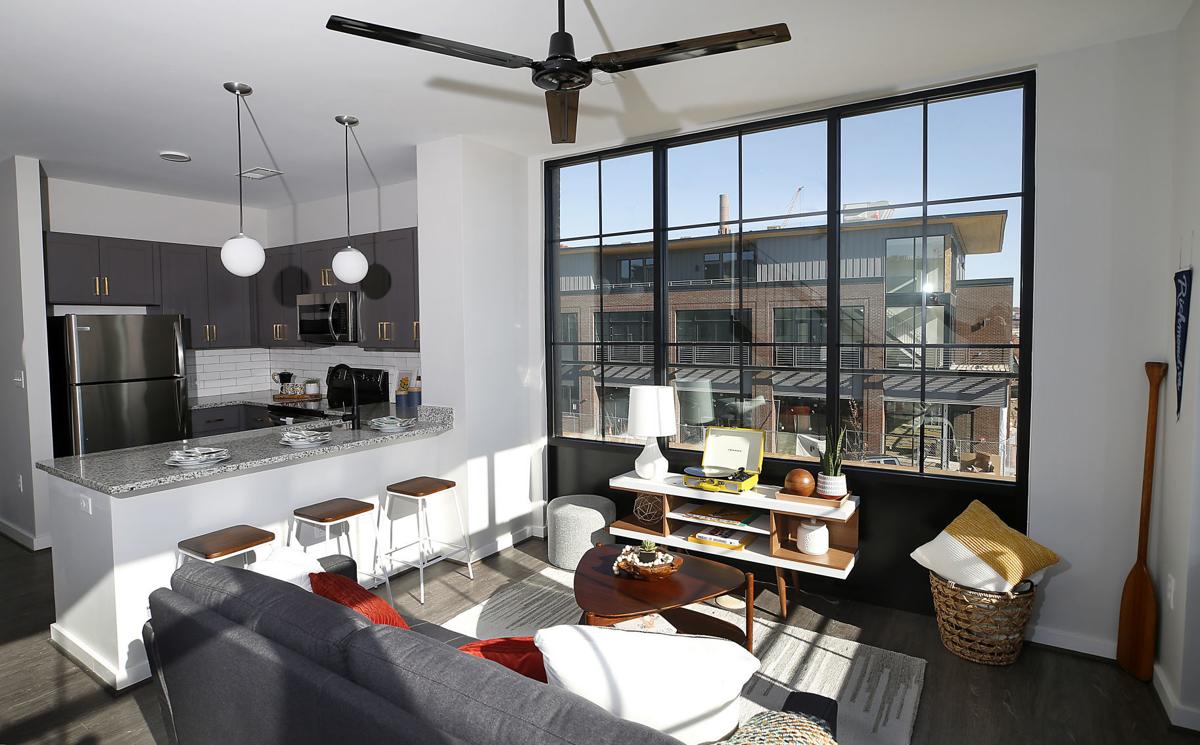 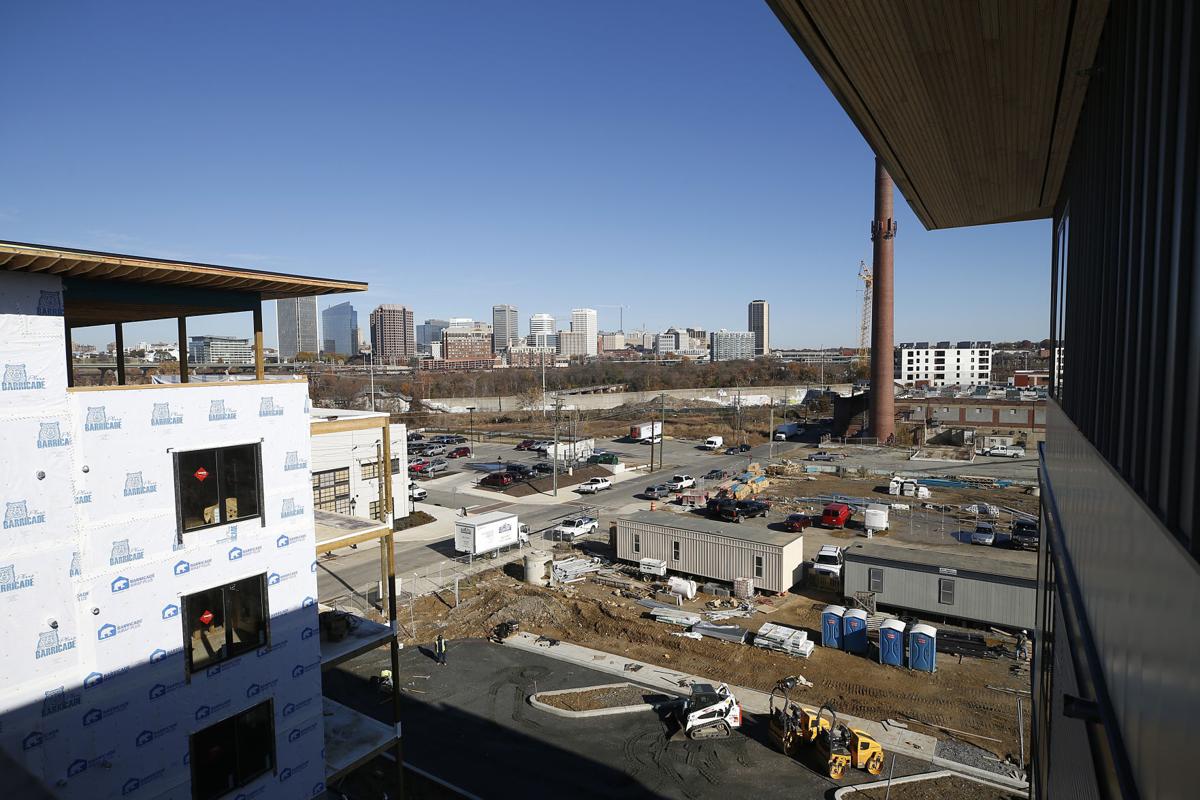 These City View Landing apartments on Bainbridge Street have a view of Downtown Richmond Monday, November 25, 2019. 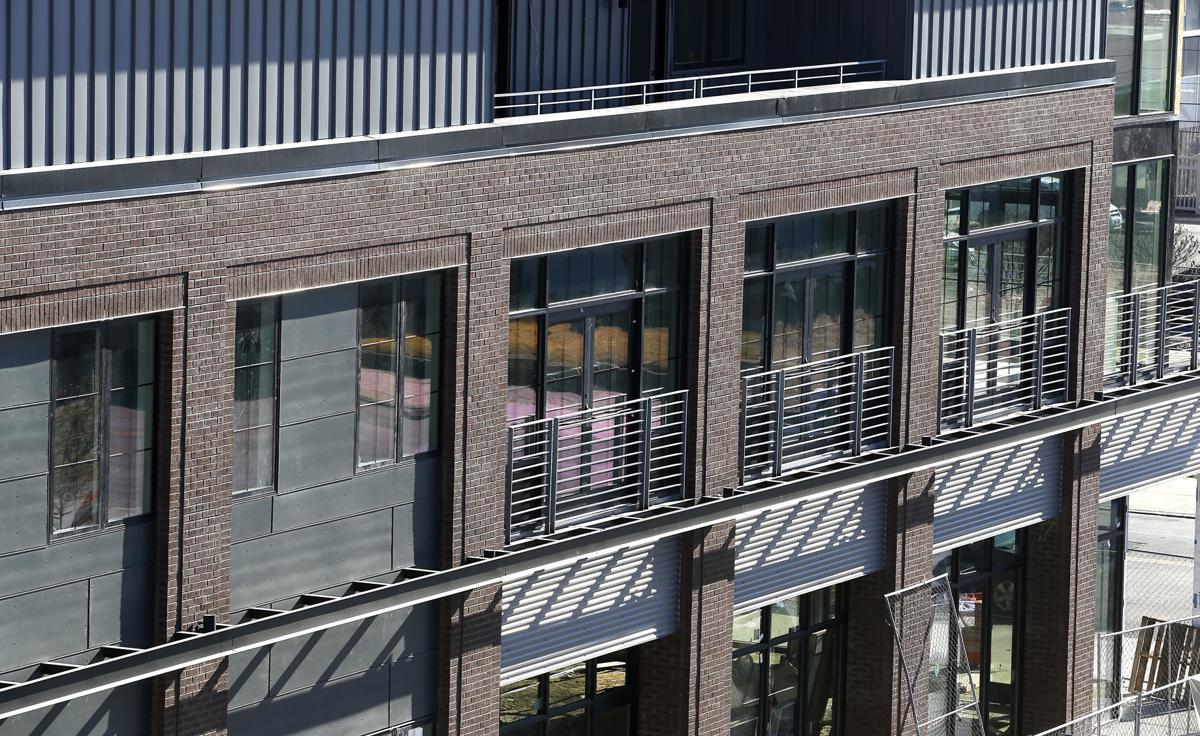 These City View Landing apartments are at the corner of West Sixth and Hull streets Monday, November 25, 2019. 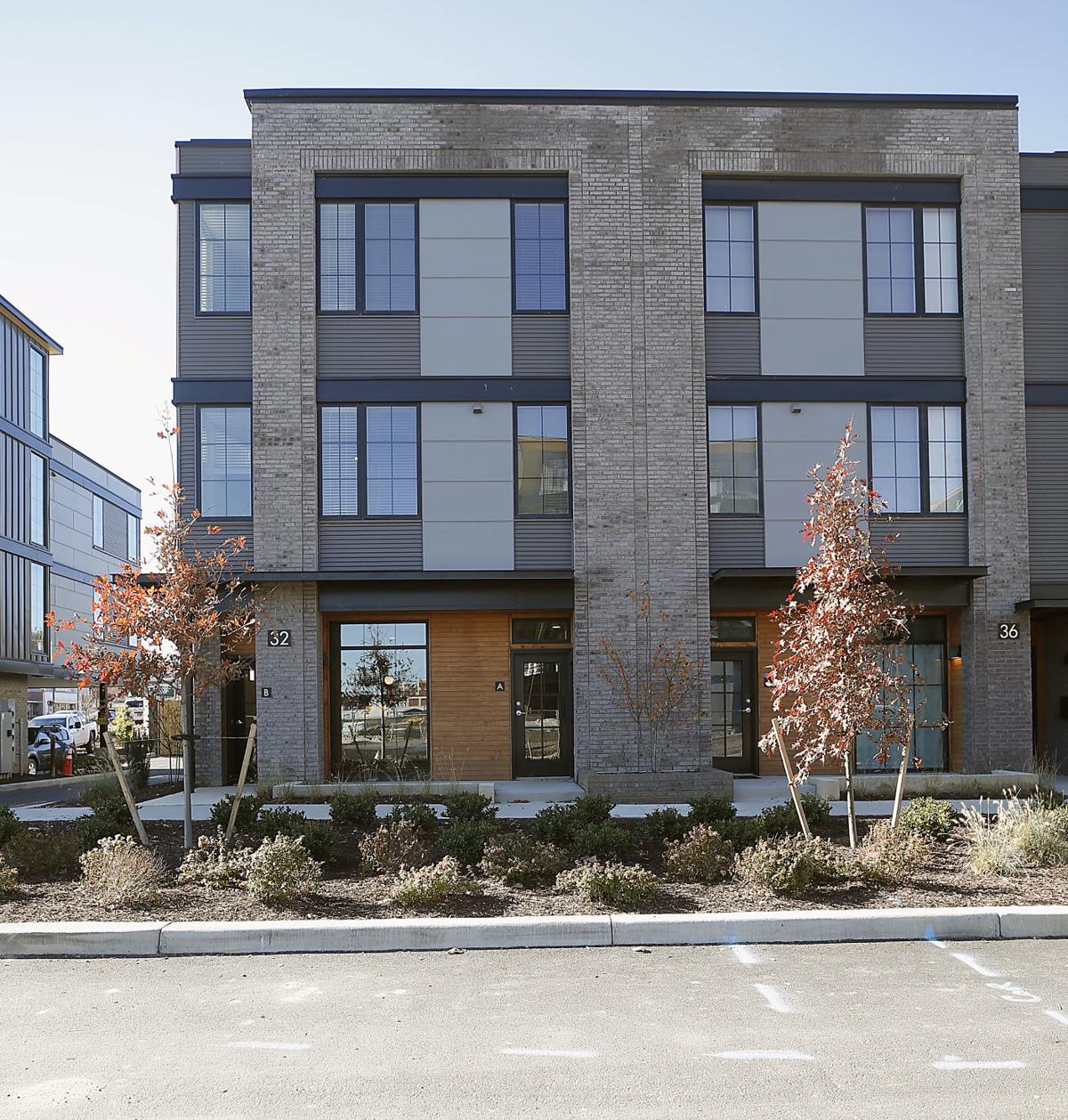 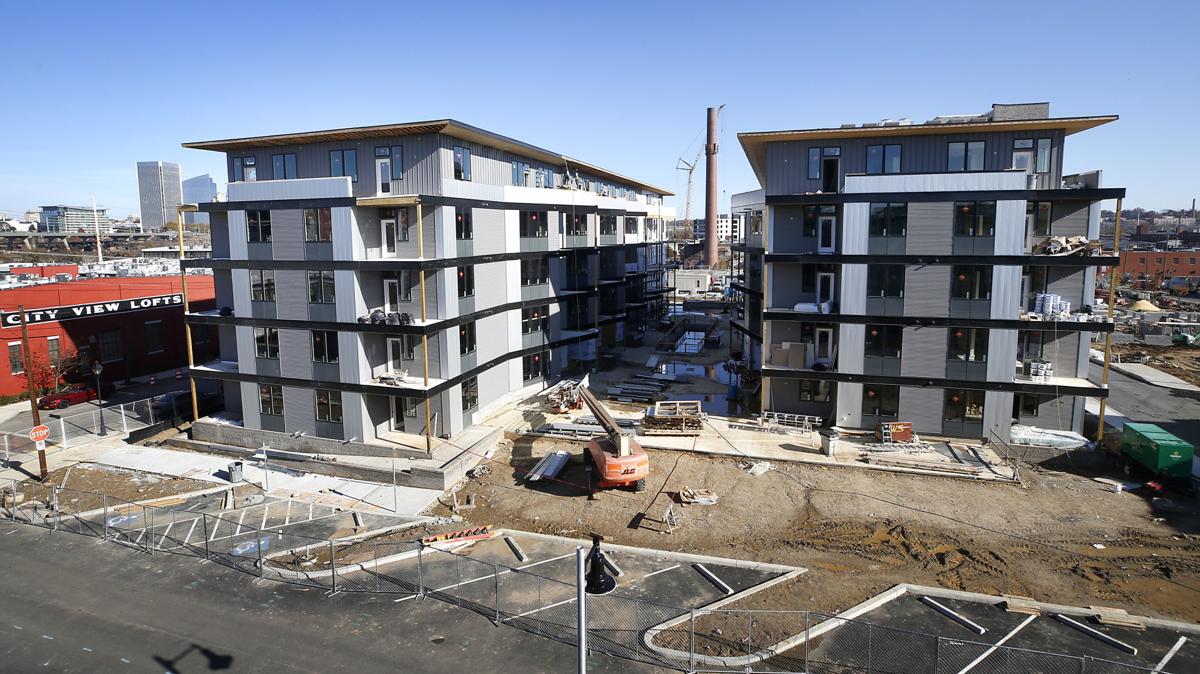 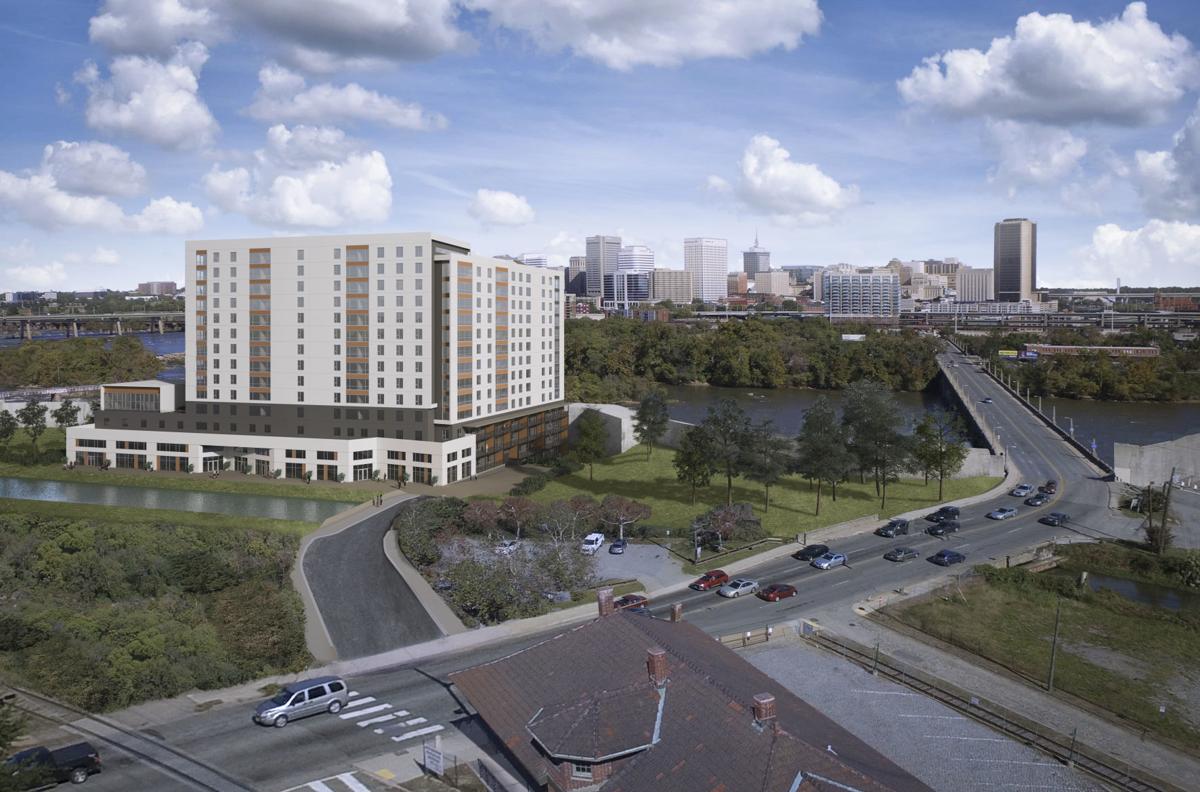 Plans for the South Falls I project call for a 14-story residential tower with 255 apartments. It should be ready in spring 2021. 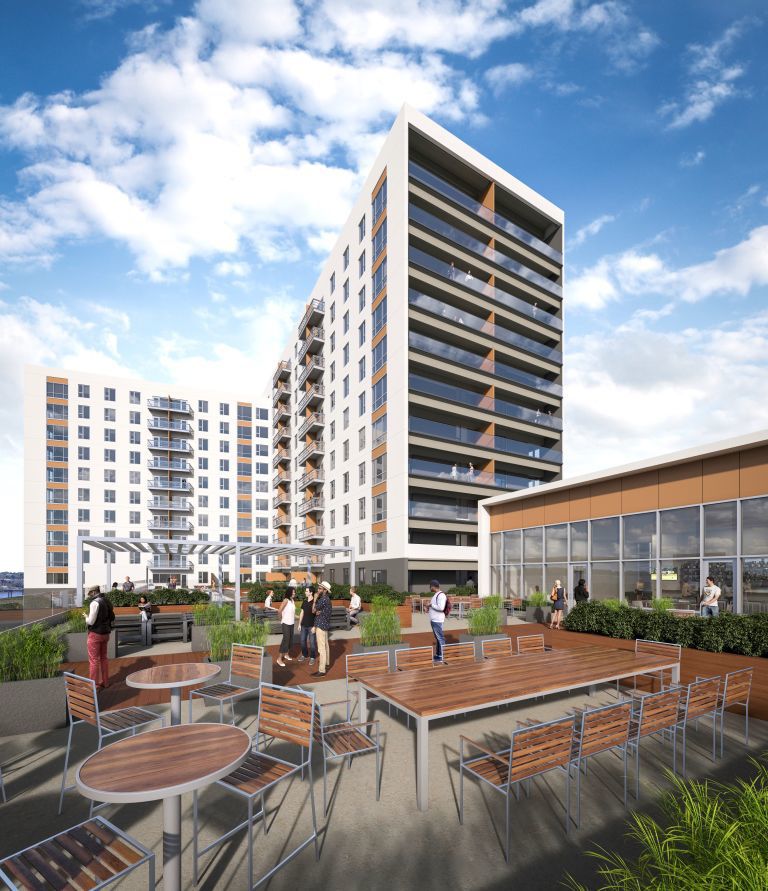 Plans for South Falls I project call for a 14-story residential tower with 255 apartments. It should be ready in the spring 2021. The project is being developed by Fountainhead Real Estate Development  and WVS Cos. 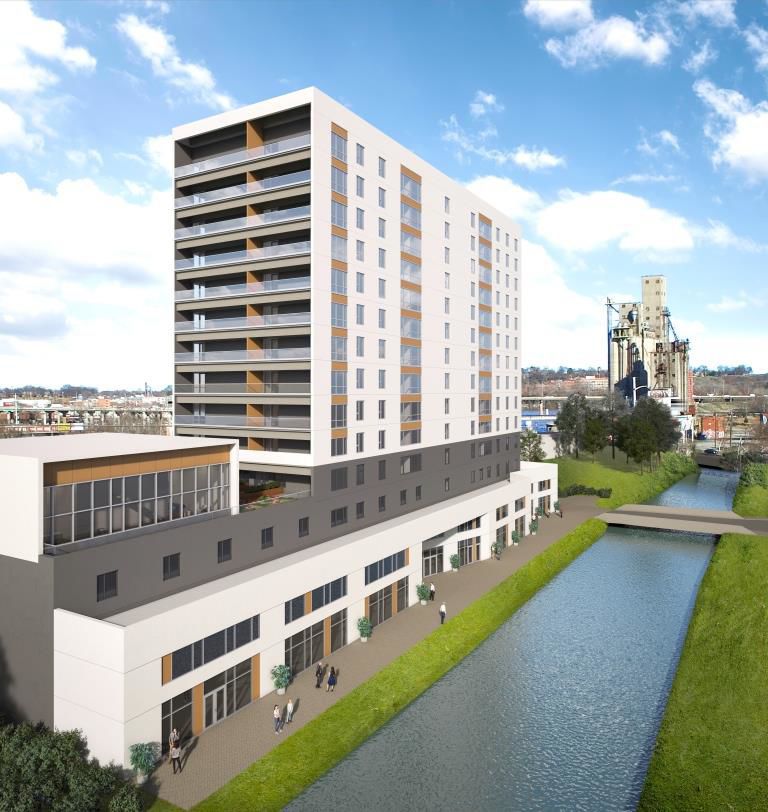 Plans for South Falls I project call for a 14-story residential tower with 255 apartments. It should be ready in the spring 2021. The project is being developed by Fountainhead Real Estate Development and WVS Cos. 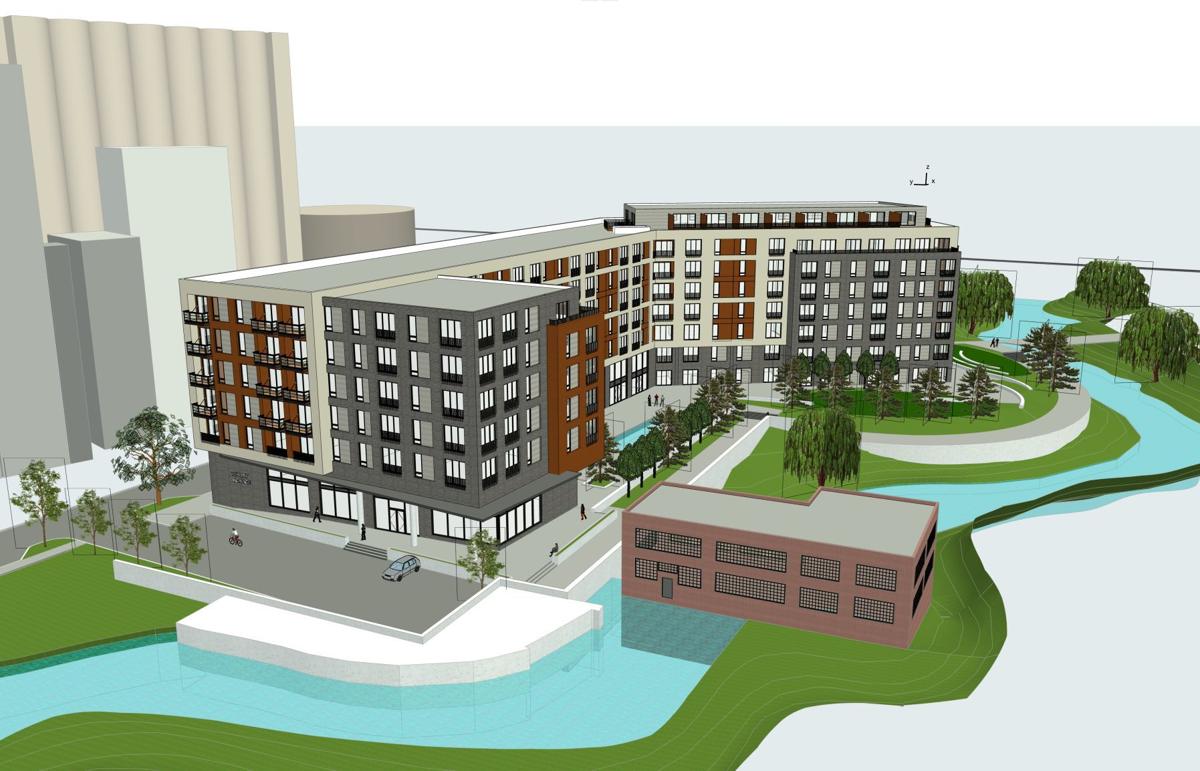 The Hydro is a six-story residential building that will consist of 223 units. 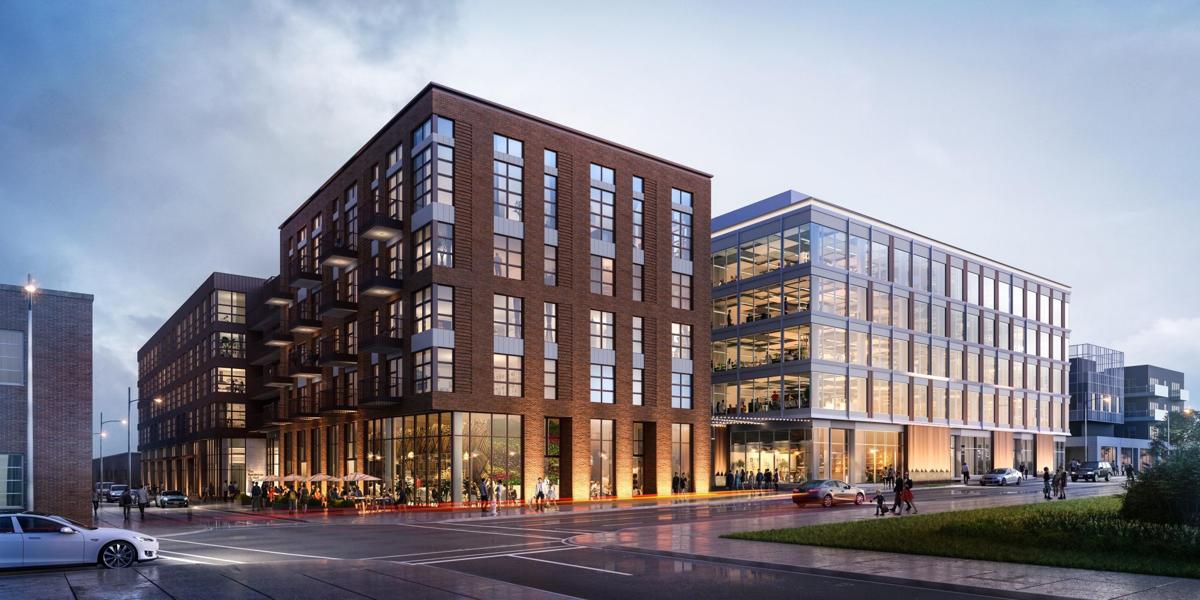 The Current is a multiuse project combining apartment units and an office building. 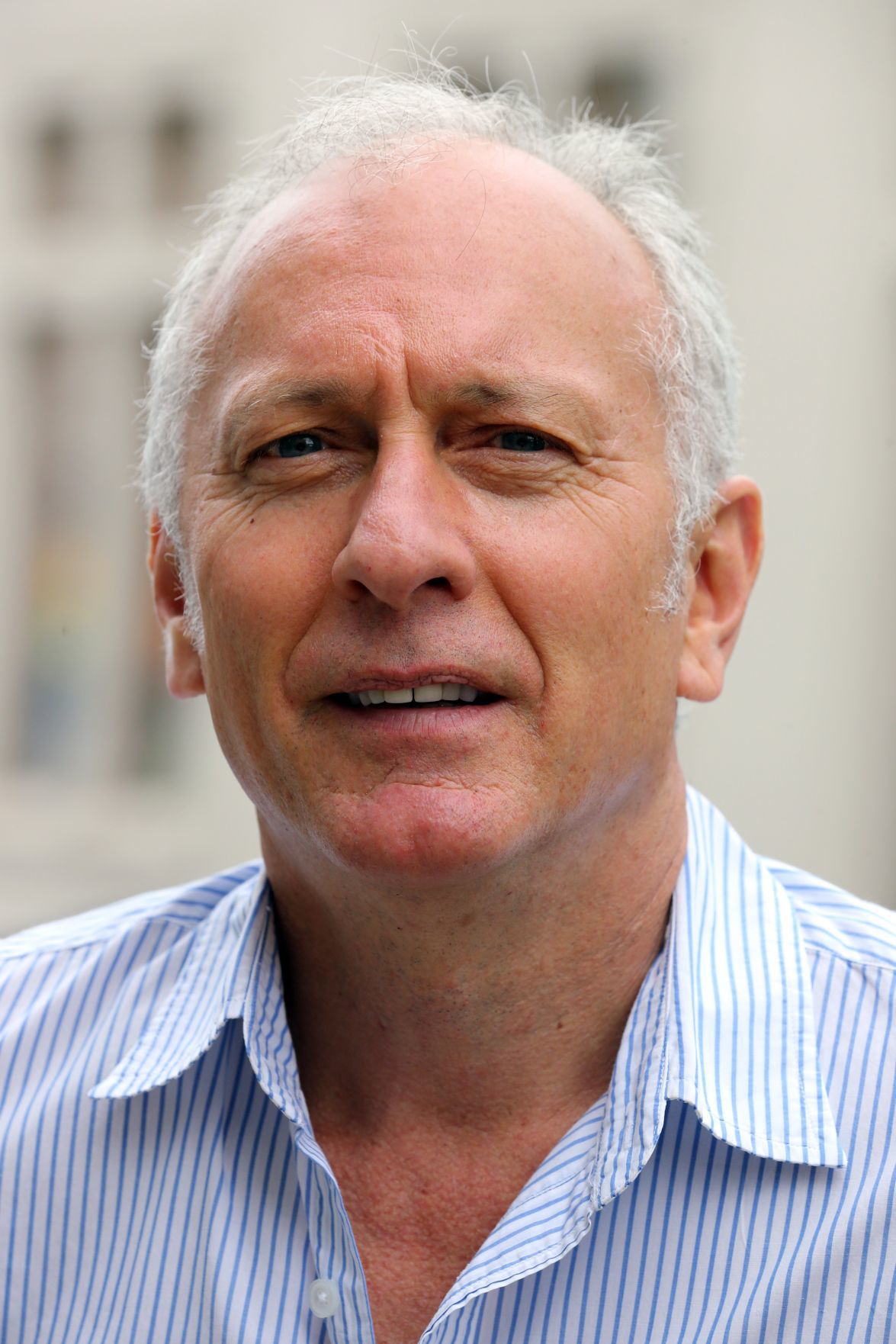 These City View Landing apartments on Bainbridge Street have a view of Downtown Richmond Monday, November 25, 2019.

These City View Landing apartments are at the corner of West Sixth and Hull streets Monday, November 25, 2019.

Plans for the South Falls I project call for a 14-story residential tower with 255 apartments. It should be ready in spring 2021.

Plans for South Falls I project call for a 14-story residential tower with 255 apartments. It should be ready in the spring 2021. The project is being developed by Fountainhead Real Estate Development  and WVS Cos.

Plans for South Falls I project call for a 14-story residential tower with 255 apartments. It should be ready in the spring 2021. The project is being developed by Fountainhead Real Estate Development and WVS Cos.

The Hydro is a six-story residential building that will consist of 223 units.

The Current is a multiuse project combining apartment units and an office building.

More apartments are coming to the Manchester area of South Richmond.

Major developers have four different projects nearing completion or under construction that would add more than 1,000 apartments in the next two years.

“I think there is an awakening to Manchester,” said Drew Wiltshire, managing principal of Thalhimer Realty Partners Inc., the investment and development subsidiary of Cushman & Wakefield | Thalhimer, a commercial real estate firm in Henrico County. “People are moving over there, and the more people moving there means more people want to live there.”

Thalhimer Realty Partners is nearing the completion of its $25 million City View Marketplace development that will add 161 apartments in five different buildings as well as commercial space. The first tenants moved into the three-story rental town houses in September.

The rest of the project — located along West Fifth and West Sixth streets between Hull and Bainbridge streets — should be ready by the spring.

Manchester “offers a different living experience, and it has become a more established community. It is a more vibrant living area now than when we first started there,” Wiltshire said.

Demand remains strong for apartments in the area, he said. Rental rates keep rising, while occupancy levels are above 95 percent.

A couple of blocks from City View Marketplace toward the James River and just west of the Mayo Bridge is the South Falls I project, which is quickly rising from the ground.

The 14-story residential tower, being developed by Fountainhead Real Estate Development and WVS Cos., is slated to have 255 apartments and should be ready in spring 2021.

Plans also call for a second 12-story tower to be built there with 210 units. Construction on South Falls II could begin next fall.

East of the Mayo Bridge along Manchester Road and near the former Southern States grain elevators is where Fountainhead and WVS have plans for a six-story residential building with 223 units. Construction on the Hydro development is expected to start in the first quarter.

Work also is underway to turn a former 2.2-acre parking lot next to the Plant Zero complex off Hull Street into a five-story apartment building and a six-story office building. Richmond-based Lynx Ventures is developing The Current, which would include 215 apartments.

The City View Marketplace is part of the nearly 18-acre City View Landing development, which includes the 219 apartments in the City View Lofts and the 10-story River’s Edge at Manchester apartment tower.

The next phase is the City View Marketplace.

In addition to the 161 residential units spread over five buildings, City View Marketplace has about 13,270 square feet of commercial space to be used for a restaurant, small market or other retail shops.

On the ground floor of the building at Hull and Sixth streets, for instance, Thalhimer Realty Partners is close to signing a lease for the 4,570-square-foot space to be used as a restaurant and market, Wiltshire said.

Here’s the breakdown for the space for the City View Marketplace development:

“We’re not really sure what we will do with that site,” said Wiltshire, noting that the development team would like to find a grocer to take the space. “We don’t feel like we have anything in hot pursuit for that space from grocery stores. We are keeping our options open.”

The developers could go in a different direction, such as having a more dense mixed-use project, he said.

The first phase, which was completed in 2016, involved the renovations of three high-bay manufacturing warehouses into 219 apartments — called City View Lofts — and office space.

The second phase — the 10-story River’s Edge at Manchester with 212 apartments — opened last year. Thalhimer Realty Partners sold off that 1.8-acre parcel in early 2017 to Richmond developers Guy Blundon and Mark Purcell for their project, but Cushman & Wakefield | Thalhimer manages it.

Tom Papa, a principal of Fountainhead Real Estate Development, said the three projects that his company and WVS are developing will provide some commanding views of the James River.

“We are up to the sixth or seventh floor [of construction], and the views are just spectacular,” Papa said. “When you go there, you will just be blown away with the views. It’s just a blossoming of Manchester.”

Construction started about four months ago on the South Falls I project on an island between the James River and a canal just west of the Mayo Bridge. A former cardboard paper mill had used the site.

The developers built a two-vehicle bridge from a connector road off Hull Street to the island and gifted the bridge and the road to the city of Richmond. An existing bridge will be demolished.

“This is probably the first bridge built by private developers in the city of Richmond in the last 100 years,” Papa said.

The 14-story building will have 255 apartments.

The developers are using pre-cast concrete construction, which enables the project to move along more quickly.

The apartments will be built above a parking deck so that the units are above the Richmond floodwall, Papa said. The commercial space will face the canal side.

That site is being designed for apartments right now. But that could change depending upon demand, Papa said.

“There has been surprising interest from several office users that have reached out to us about putting up an office building. We are going ahead with plans to make it an apartment building unless an office user comes along in the next several months,” Papa said.

Across Hull Street and east of the Mayo Bridge from those projects is where Fountainhead Real Estate Development and WVS are planning the six-story apartment building, called the Hydro, with 223 units.

The South Falls I and Hydro projects should cost about $100 million, with an additional $50 million to be spent on the South Falls II project, Papa said.

The Current mixed-use project calls for a five-story apartment building with studio, one- and two-bedroom units.

The project also will have a 70,000-square-foot office building, as well as street-level space reserved for retail, restaurants and similar uses. The Current is taking up the block bounded by Hull, East Fourth, East Fifth and Decatur streets.

The apartment building would wrap around most of the block along East Fourth and Decatur streets. It is slated to open during the first quarter of 2021, said Bernard Harkless, a principal at Lynx Ventures LLC, the project’s developers.

The six-story office building would front Hull Street closest to Fifth Street. It should open by the end of next year, Harkless said.

About 16,700 square feet of retail space would be on the ground floor of the apartment building along Fourth Street and the office building along Hull Street.

Lynx Ventures has signed on a retail tenant, but Harkless said the developers are not disclosing the name or space size at this time. No office tenants have signed leases yet, but the company is working with a couple of potential office tenants, he said.

Richmond restaurateur Johnny Giavos has another restaurant and market in the works, this time in the city's Manchester's District.

Who are all these people who will pay north of a 1K/ month for a loft apt? Where did they come from? How do they make a living? Where do they park?