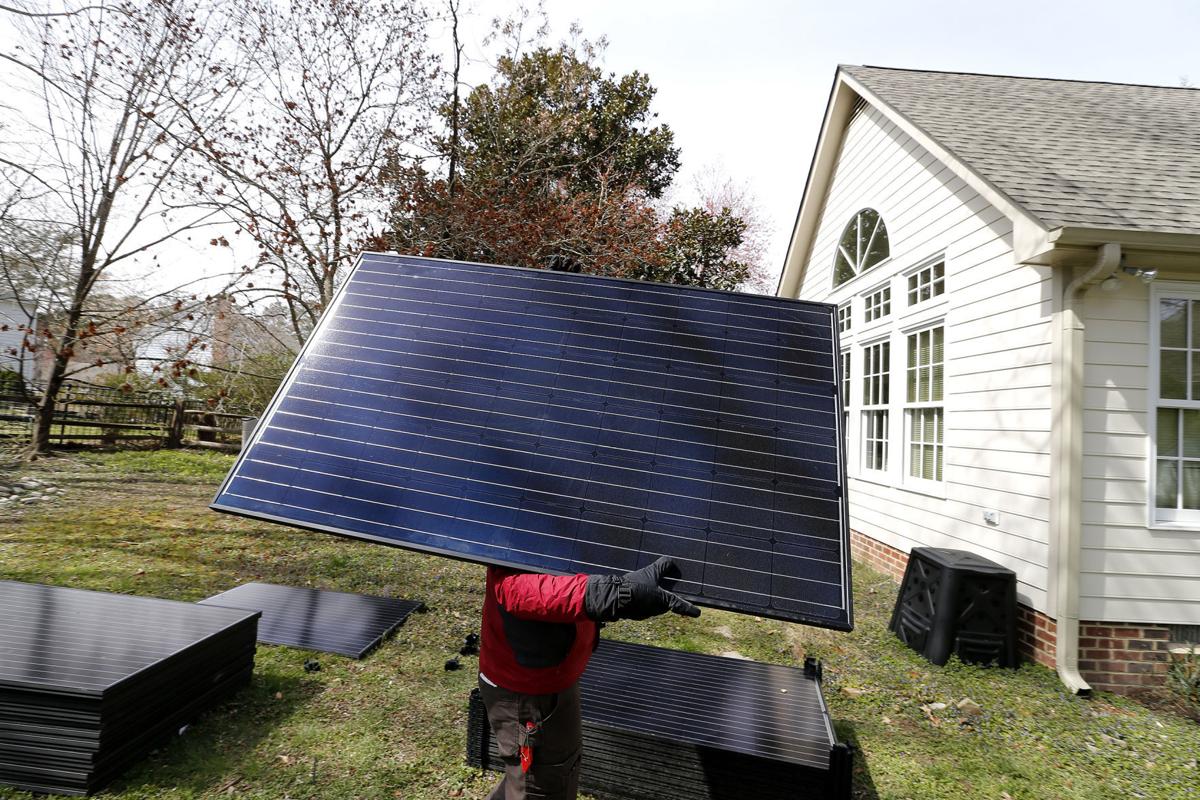 Vinny Armpriester of Sigora Solar prepares to install a solar panel at a home in Henrico County VA Wed. 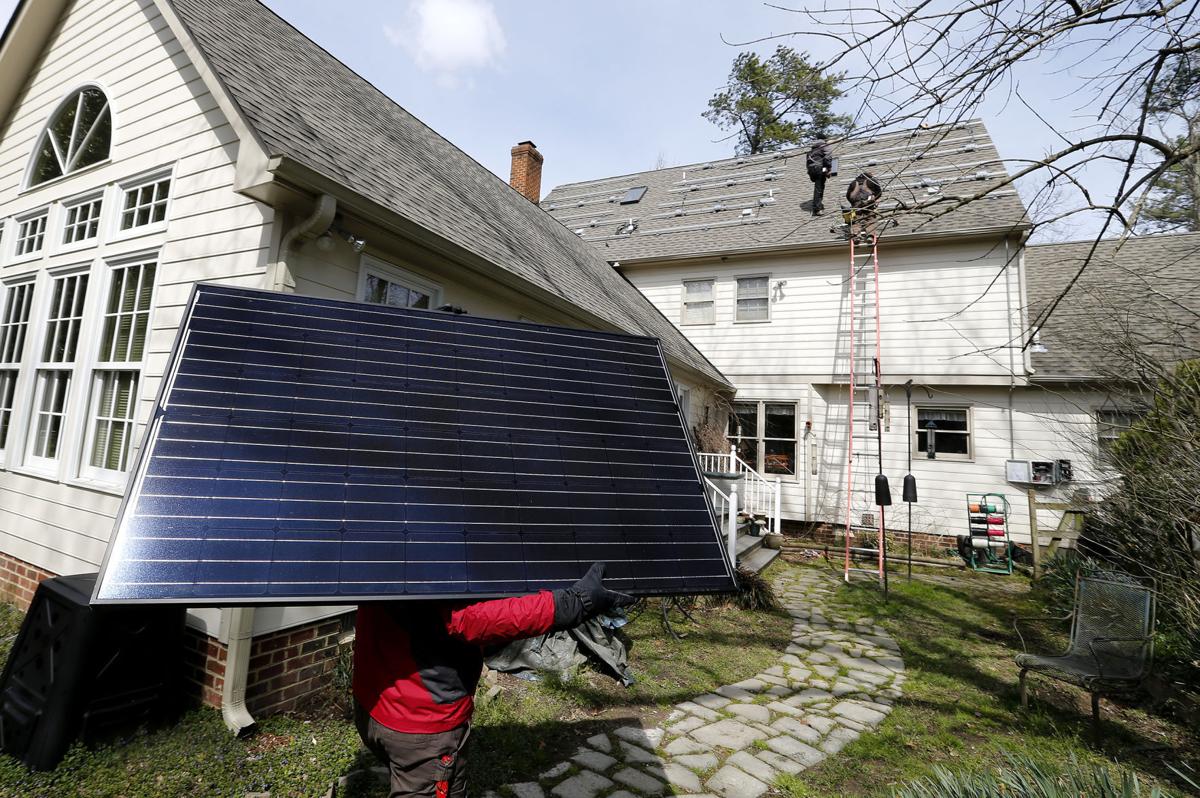 Vinny Armpriester of Waynesboro-based Sigora Solar moves a panel to install at a home in Henrico County. Sigora is continuing to push for community solar that is not utility-owned. 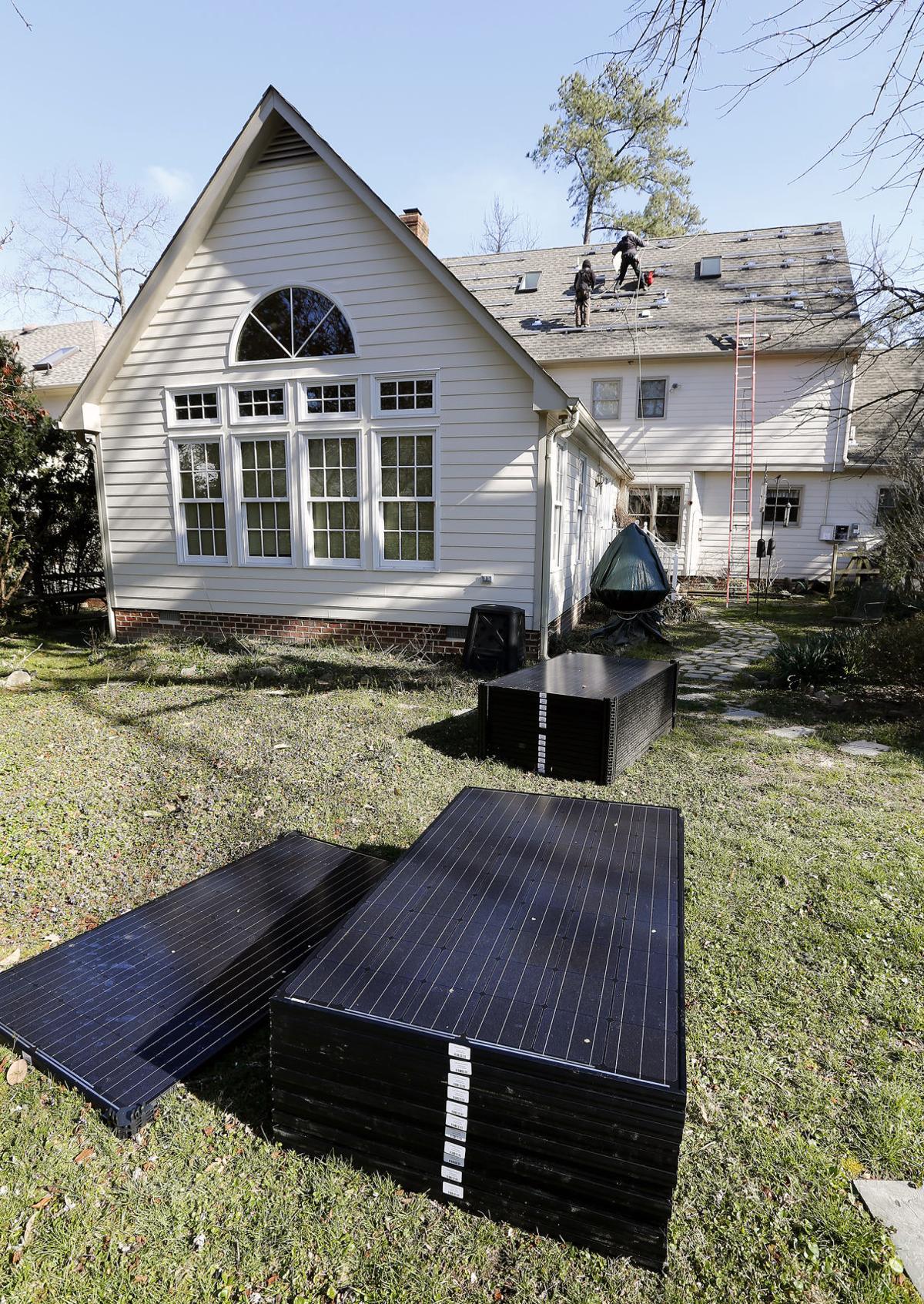 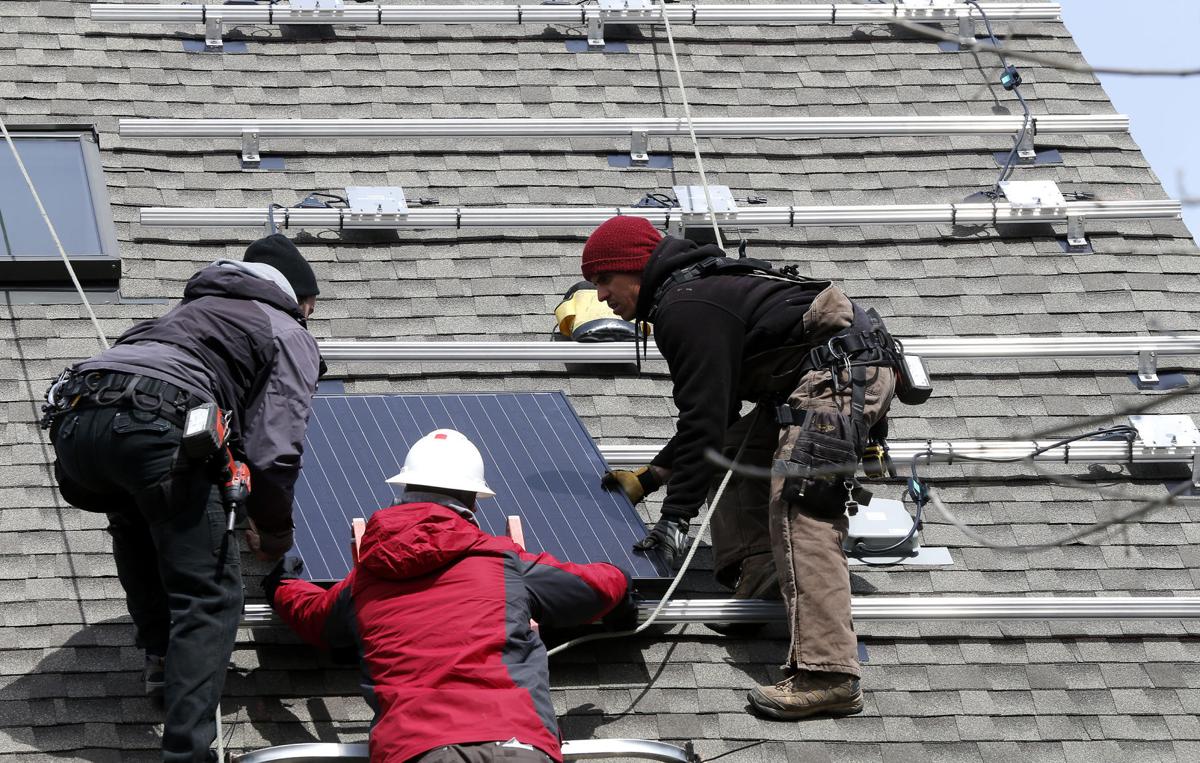 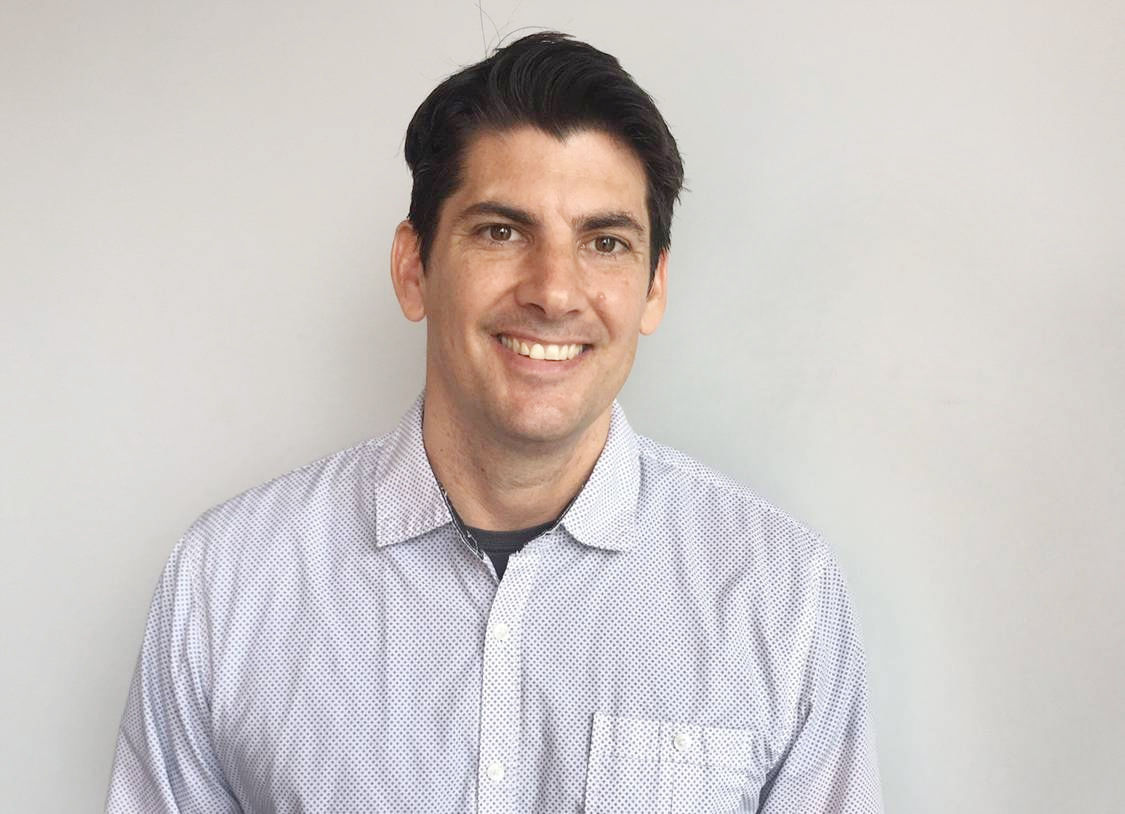 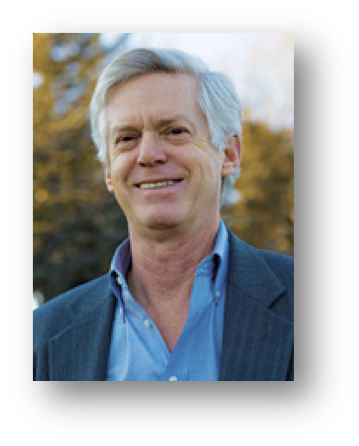 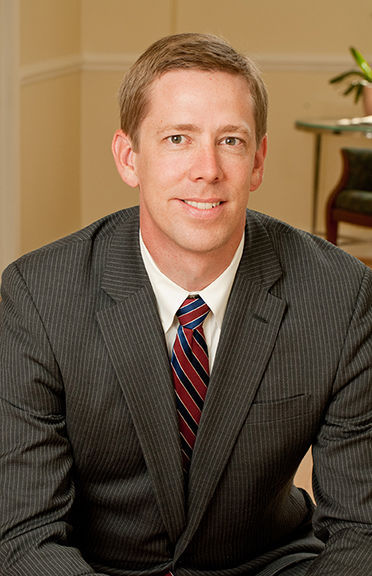 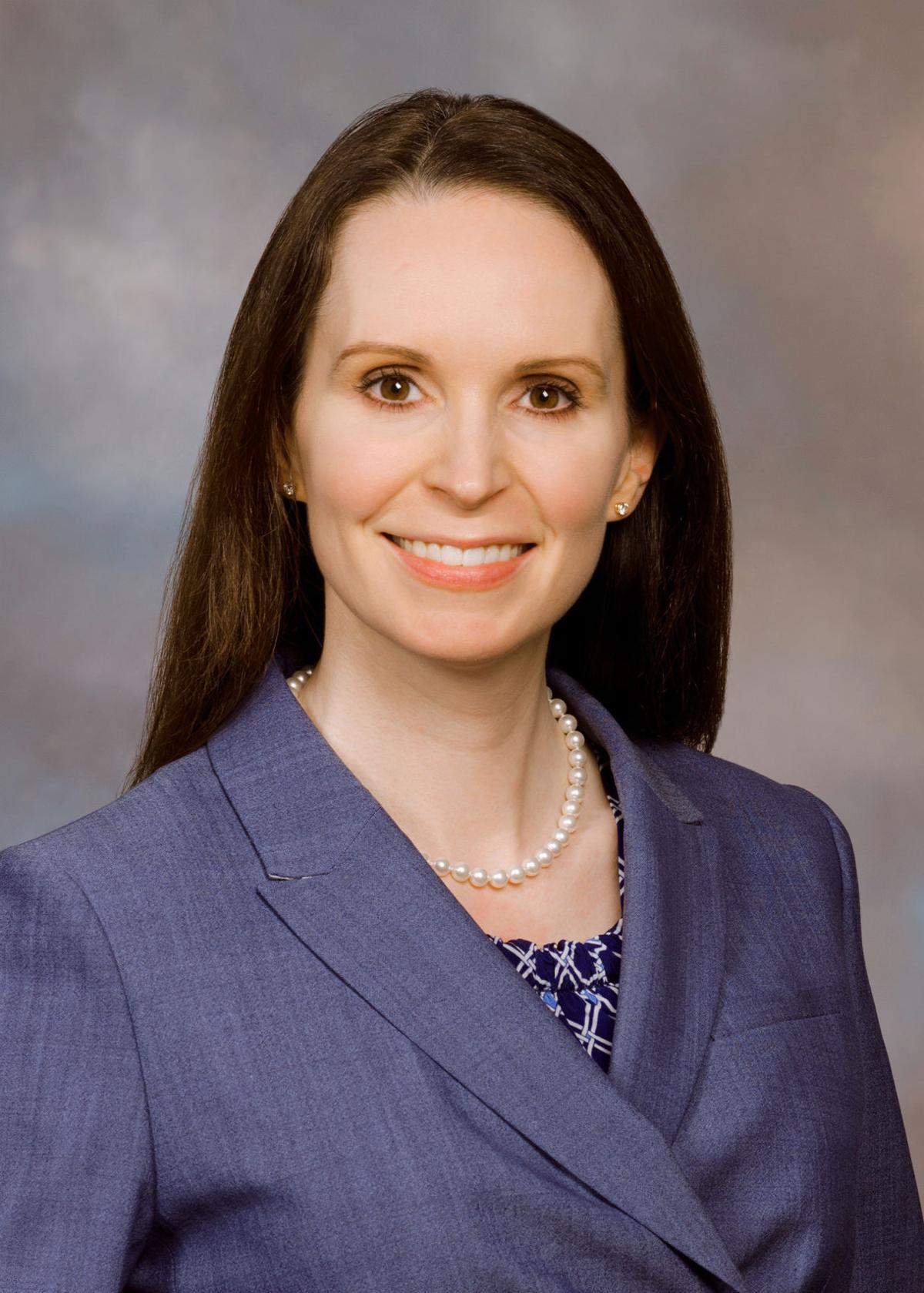 Vinny Armpriester of Sigora Solar prepares to install a solar panel at a home in Henrico County VA Wed.

Vinny Armpriester of Waynesboro-based Sigora Solar moves a panel to install at a home in Henrico County. Sigora is continuing to push for community solar that is not utility-owned.

Not too long ago, solar installers and manufacturers were heavily reliant on a mix of state and federal government incentives to make the arrays and the installations affordable enough to be attractive to consumers.

Though a federal tax credit remains in place until 2021, with the prices of panels and installation falling about 63 percent over the past five years, per the Solar Energy Industries Association trade group, members of the industry in Virginia will not hold their breath for the state tax breaks or mandatory utility renewable energy portfolio standards that exist elsewhere.

Rather, they would be happy with a level regulatory playing field, something they say Virginia’s large incumbent utilities have thus far fought to block.

Sutch was speaking to a group of about two dozen people who had come to the Henrico County Public Library’s Glen Allen branch this month for an informational session on the Greater Richmond Solar Co-op, a group-purchasing program that vets and solicits bids from installers who drop their usual prices in exchange for a steady stream of customers.

The group says the purchasing program can shave up to 20 percent off the price of a system, which can cost anywhere from $9,000 to $20,000 depending on size before the federal tax credit is included.

But a piece of legislation that did emerge from the most recent General Assembly session, part of a package pushed by GOP lawmakers and developed by a consensus group consisting of utility representatives and renewable energy advocates, could budge open the door for more work for the solar industry after it takes effect in July.

The bill by state Sen. Frank W. Wagner, R-Virginia Beach, which was signed by the governor this month, requires Dominion Virginia Power and Appalachian Power to establish pilot community solar programs in their service territories, selling power generated from solar arrays under two megawatts that are built by third parties to customers who subscribe.

The concept is that customers will not have to agree to a long-term commitment and take their subscriptions with them if they move.

“It’s designed to be very flexible for customers,” said Will Cleveland, an attorney with the Southern Environmental Law Center in Charlottesville who participated in the working group. “It’s intended to encourage construction of smaller facilities.”

Though the program’s details are still being developed, the idea is that Dominion will issue a request for proposals to build the solar arrays, which will be considerably smaller than the utility-scale projects the company is building. As of mid-February, about 400 megawatts of solar generation, enough to power about 100,000 homes, either had been built or are under development by Dominion in Virginia.

“It’s basically anyone who wants access to solar to satisfy some of their energy needs, regardless of what housing type they’re in, regardless of socioeconomic bracket and regardless of location,” said Katharine Bond, Dominion’s director of public policy.

Wagner’s bill was the product of months of meetings of the consensus group, led by Mark Rubin, executive director of the Virginia Center for Consensus Building at Virginia Commonwealth University.

“We learned a lot through the collaborative process, and we still have a lot to learn. We see the benefit for continuing with the same and additional stakeholders,” Bond said. “This legislation demonstrates what can happen when we work together. ... There is common ground to be found.”

One of the key details will be whether customers who sign up for the program pay a premium for the solar program, which must be approved by the State Corporation Commission.

“My hope is that the subscription price that you pay, even if it’s a premium, will only be a little bit of a premium. ... That should be the case if it’s a properly designed program,” Cleveland said. “I think everybody has a vested interest in making this thing work. I think the utilities recognize that solar is here to stay and the costs are continuing to fall. And if they don’t get a piece of it and make it work for them and their customers, then someone else is going to make it work for their customers.”

Though many solar advocates and businesses called the bill progress, they said it would still leave Virginia lagging in embracing an industry that employed 260,000 nationwide last year, according to the Solar Foundation’s Solar Jobs Census, which defines solar workers as those who spend at least 50 percent of their time on solar-related work.

“That takes the thunder right out of community solar, when the utility administers it,” said Bernie Stanley, president of Hanover County-based installation company Shockoe Solar.

A more traditional understanding of community solar is when the community members, such as apartment dwellers or others unable to host solar panels on their own property, can buy or lease part of the solar project and capture the savings from the electricity generated, Stanley and other solar industry members noted.

“Any forward progress is forward progress. But do we think that it’s enough? No,” said Logan Landry, CEO of Waynesboro-based Sigora Solar, which has completed nearly 500 residential and commercial solar installations in Virginia. “We’re happy to see the advancement of community solar. But we’re not going to stop pushing for community solar that is not utility-owned.”

The hurdles for solar developers in Virginia involve a lack of legal clarity around third-party financing and power-purchase agreements, arrangements that can take various forms but generally involve a developer arranging for the design, permitting, financing and installation of a solar system on a customer’s property at little or no up-front cost.

The developer then sells the power to the customer at a fixed rate that is usually lower than the local utility, according to the Solar Energy Industries Association. The developer gets income from the energy sale as well as any tax incentives generated by the system.

Solar developers are pushing such models because they allow access to customers who may not have or want to spend the upfront money for a new system.

“The utilities are very hostile to power-purchase agreement. They consider it to be a third party engaging in retail electricity sales in their exclusive service territories,” Cleveland said.

No one knows how the utilities feel about such arrangements better than Tony Smith, CEO of Secure Futures, a Staunton solar development company that focuses on commercial-scale projects that was hit with cease-and-desist letters from Dominion in 2011 when it tried to enter into a power-purchase agreement with Washington and Lee University for a solar installation, a project that ultimately went forward under a lease agreement.

“This so-called community solar program fits into the utility business model of central generation and utility ownership,” Smith said. “I think it’s a boon for the utilities and the utility-scale developers. It creates the impression in the public mind that it’s about community and it’s more about utilities. I’m all for solar in every form. ... We would just like to see more of a level playing field. ... The challenge that we have in Virginia is to change the economic incentives so the utilities are rewarded for encouraging solar regardless of who owns it.”

In 2013, the state legislature created a pilot power purchase agreement program in Dominion’s service area, which is limited to a minimum of 50 kilowatts and a maximum of 1 megawatt per system, among other restrictions. And this year, a bill extended the pilot program to Appalachian’s service area for nonprofit private institutions of higher education.

The Southern Environmental Law Center and the state attorney general have argued that the state’s existing net metering law, under which customers who have generating facilities on their properties only pay for their net electrical usage, already permit third-party arrangements.

“We argue that the net-metering laws says you can contract with a third party,” Cleveland said. “The utilities disagree with the plain language of the statute. ... With robust third-party financing options, solar is available to everybody, and the utilities don’t like that.”

Clarification: This article has been updated to provide more detail on the extension of the pilot power purchase agreement program in Appalachian Power’s service area.