J.C. Penney operates fives stores in the Richmond region including this one at Regency mall in Henrico County. 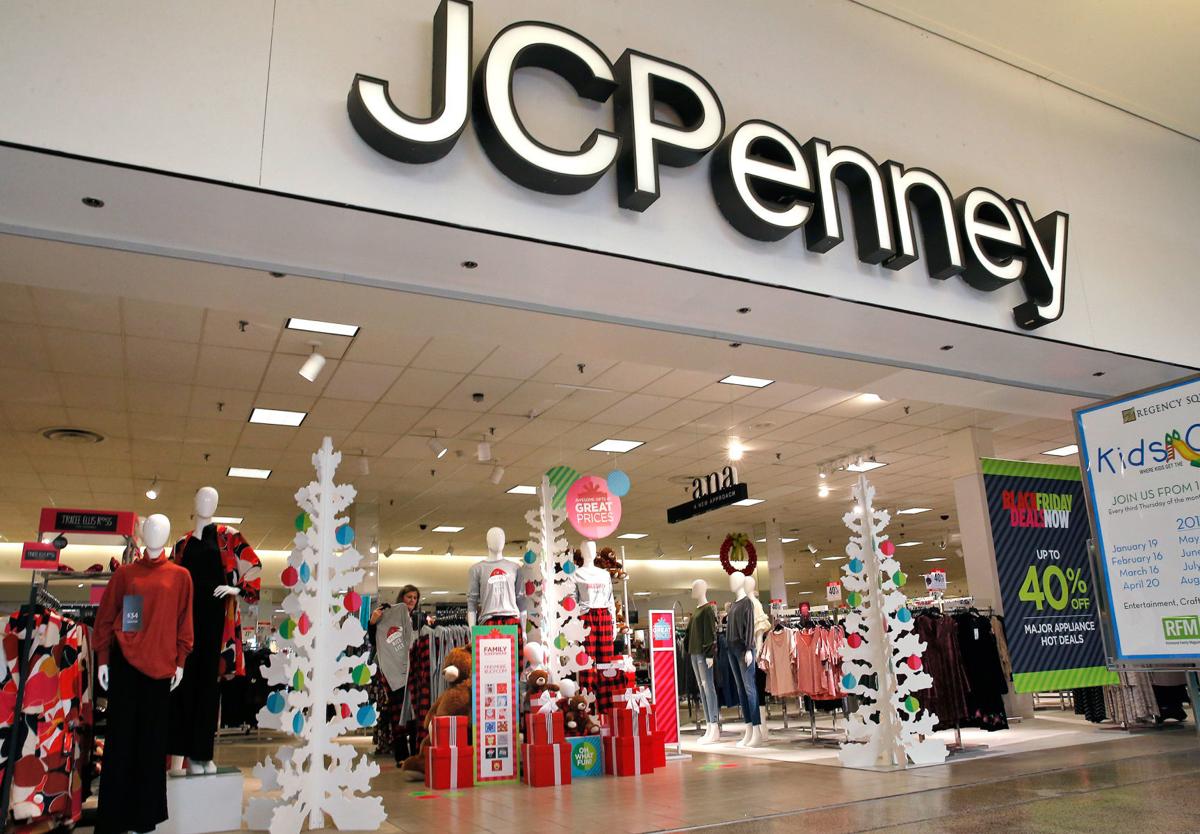 Holiday displays are seen at the chain’s store in Regency mall in November 2017.

J.C. Penney operates fives stores in the Richmond region including this one at Regency mall in Henrico County.

Holiday displays are seen at the chain’s store in Regency mall in November 2017.

The coronavirus pandemic has pushed troubled department store chain J.C. Penney into Chapter 11 bankruptcy. It is the fourth major retailer to meet that fate.

As part of its reorganization, the 118-year-old company said late Friday that it will be closing some of its stores and will disclose details and timing in the coming weeks.

It operates 850 stores, including five in the Richmond region, and it has nearly 90,000 workers. It said that it received $900 million in financing to help it operate during the restructuring.

Many experts are pessimistic about Penney’s survival even as it sheds its debt and shrinks the number of its stores.

Its fashion and home offerings haven’t stood out for years. And its middle-to-low-income customers have been the hardest hit by massive layoffs during the pandemic. Many of them will likely shop more at discounters — if they shop at all, analysts say.

“This is a long, sad story,” said Ken Perkins, president of Retail Metrics, a retail research firm. “Penney offers no reason to shop there compared to its competitors, whether it’s Macy’s or T.J. Maxx or Walmart. How are they going to survive?”

Like many department stores, Penney is struggling to remain relevant in an era when Americans are buying more online or from discounters.

J.C. Penney’s troubles were years in the making, marking a slow decline from its glory days during the 1960s through 1980s when it became a key shopping destination at malls for families.

The company’s roots began in 1902 when James Cash Penney started a dry good store in Kemmerer, Wyo. The retailer had focused its stores in downtown areas but expanded into suburban shopping malls.

But since the late 1990s, Penney struggled with weak sales and competition from discounters and specialty chains. Penney’s began flirting with bankruptcy nearly a decade ago when a disastrous reinvention plan spearheaded by then-CEO Ron Johnson caused sales to go into free fall.

Since then, Penney’s has undergone a series of management changes, each employing different strategies that failed to revive sales. The company has suffered five straight years of declining sales, which now hover around $11.2 billion.

Copyright 2020 The Associated Press. All rights reserved. This material may not be published, broadcast, rewritten or redistributed without permission.

This hysterical reaction to the SARSCoV2 did not cause JCP's failure; poor management did them in. Recall JCP had a CEO that was going to tap the homosexual market, then one ended coupons and tried the Walmart approach all the while borrowing to "improve" the shopping experience. This current situation was the excuse needed so the management could avoid much responsibility for their poor performance. In fact JCP gave 10MM in bonuses to keep these incompetent people on the payroll. JCP like Sears owns its own stores and land they sit on so lenders see a gold mine if they can bankrupt them which they did. Remember all of the retail giants started as catalogue operations.

What is wrong with Corporate America / especially retail? This is not rocket science. What is that no one seems or wants to understand? Abandoning everything that put them on the map, and made them successful. Just for starters Sears / Craft Man Tools, Kenmore Appliances, Lawn and Garden mowers / tractors, Weather Beater Paint, Tires : JC Penny / Toddler & Kids clothes / Men's , Towncraft briefs, t-shirts, boxers, pajamas, socks, dress shirts (good quality / fair price), Home & Bath / sheets, towels, bathmats, blankets, rugs, curtains, drapery hardware, Women's gowns, pjs, bathrobes, lingerie, bedroom slippers, sneakers, kids shoes, and we let all this go down the drain because "this is not the new way". This rubbish. If is isn't broke do not fix it. Yes, the CEO, CFO, COO Wall Street darlings really fixed it. More like drove it straight into the ground. This is despicable and should have never allowed to happen. Shame of every last one of you.