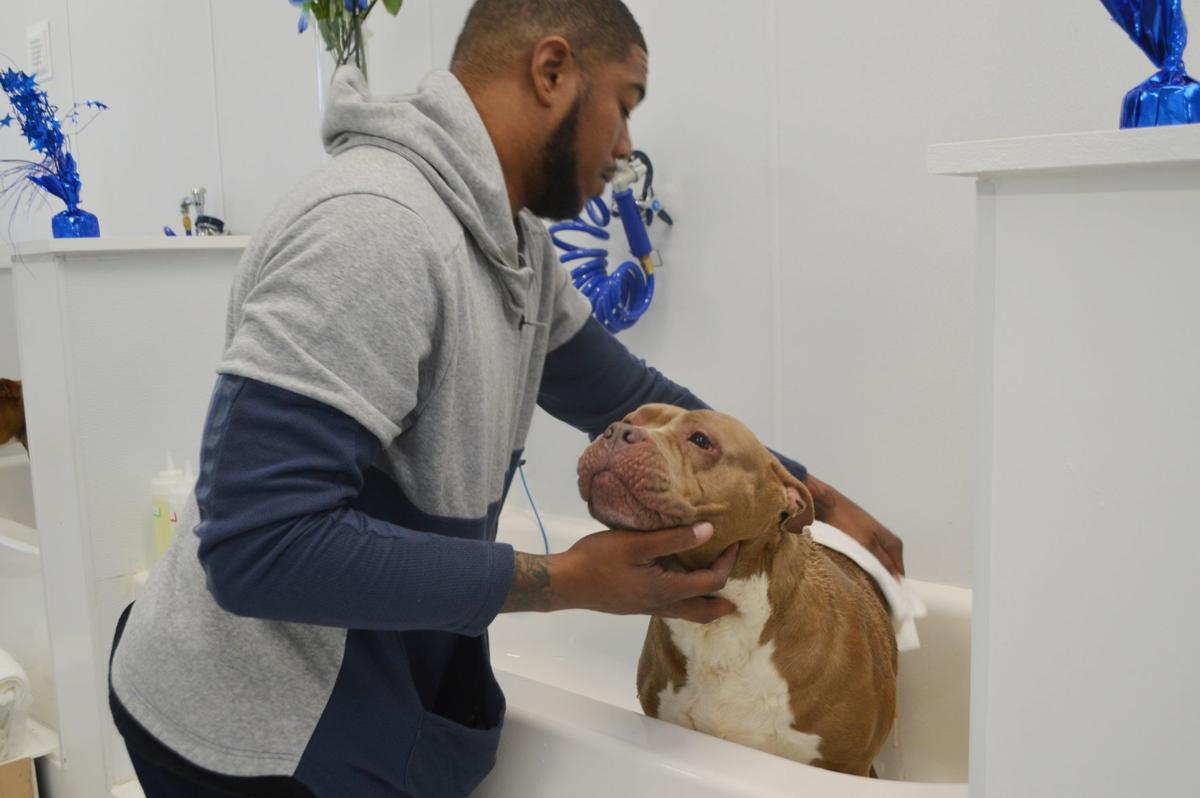 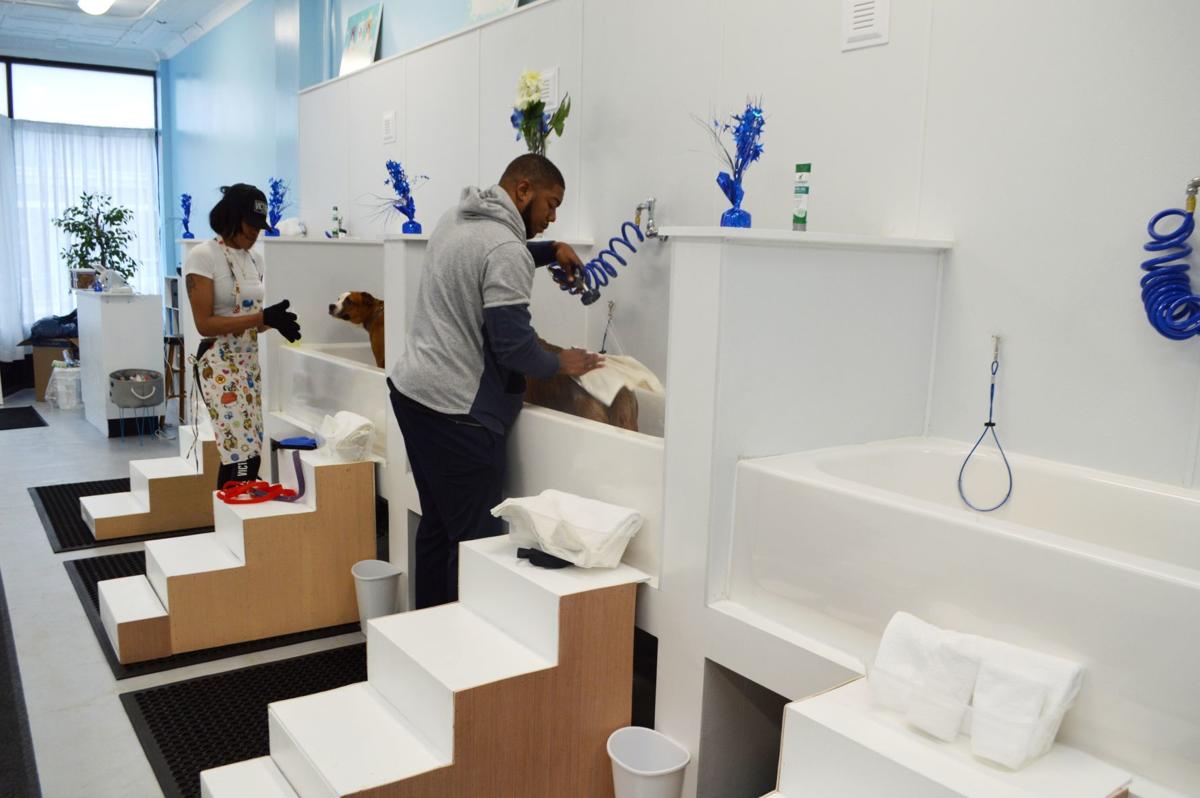 Michelle Millett and Jerrod House test out the bathing tubs at Diamonds and Dutch Pet Bath and Spa LLC in Richmond. 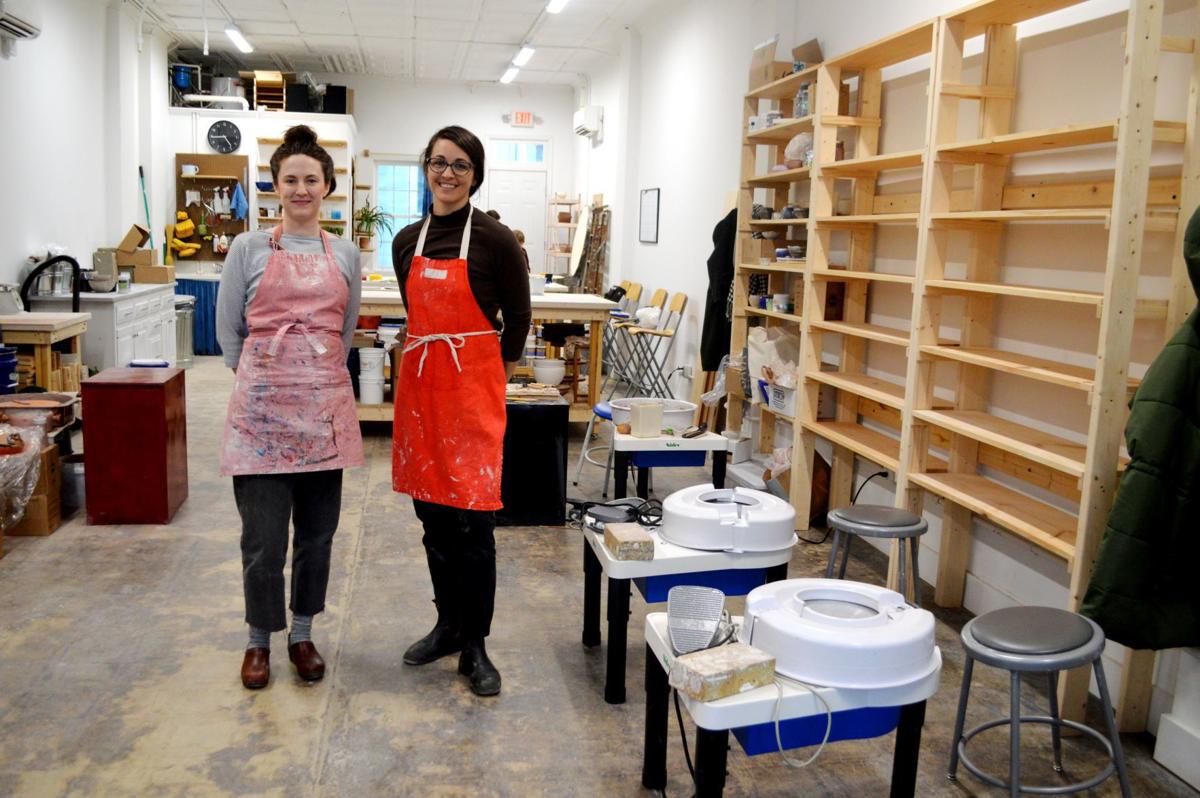 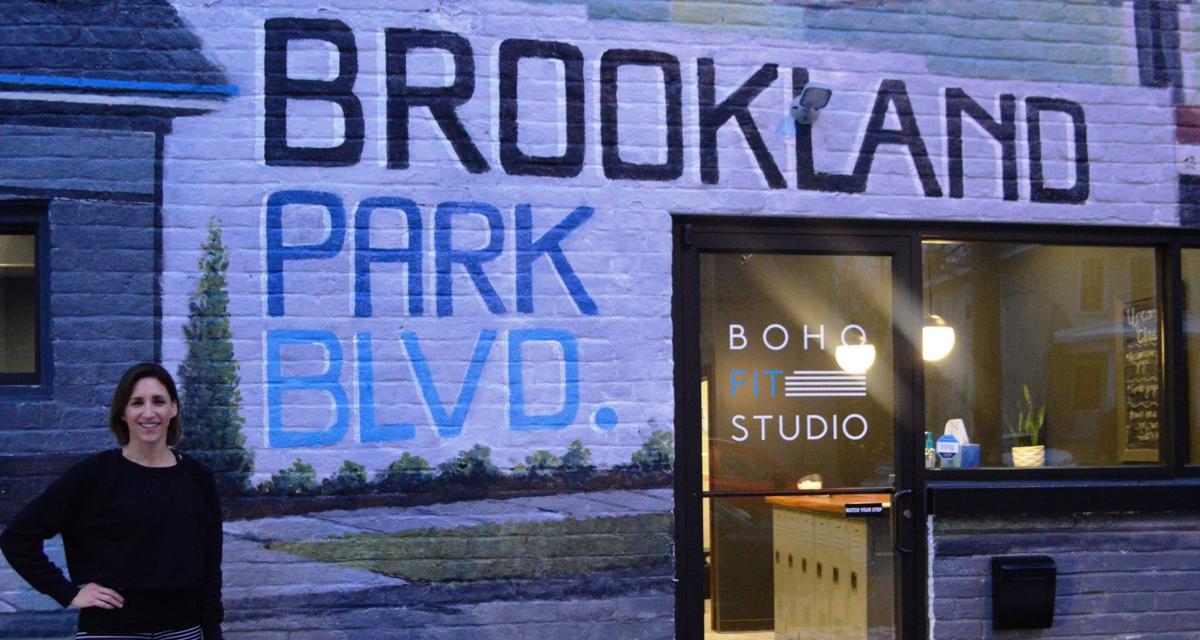 Michelle Millett and Jerrod House test out the bathing tubs at Diamonds and Dutch Pet Bath and Spa LLC in Richmond.

A pet bath and spa, a ceramics and pottery studio and a boutique fitness studio have joined the lineup of businesses on Brookland Park Boulevard in Richmond’s North Side.

Michelle Millett and her mother, Arlene Young, are opening Diamonds and Dutch Pet Bath and Spa LLC, at 121 W. Brookland Park Blvd. on Feb. 9. The do-it-yourself facility provides tubs, water and space for people to bathe their pets.

Young and her mother are both pet lovers. The spa is named after Millett’s current dog, Diamonds, and former pet, Dutch, who died in 2009. Millett said they started thinking about opening a pet bathing facility several years ago.

Young is a retired state taxation department employee. Millett formerly worked as a sales associate at Victoria’s Secret. They used personal savings to start the business. Look for them on Facebook and Instagram @diamondsanddutch.

Next door at 123 W. Brookland Park Blvd., Emily Wicks and Alexis Courtney have opened Hand/Thrown, a co-working ceramics studio that provides studio space for artists who work with clay.

They also offer classes for people who want to learn how to create with clay.

The studio has room for eight artists, with five currently occupied. A monthly membership fee includes a designated workspace, shelf space to store work, use of work tables and access to a kiln. Kiln firing costs are extra.

"We were both working at the Visual Arts Center in the clay studio. We were just looking for a little more space to work out of. We started to look for studio space for ourselves," Courtney said.

That morphed into them creating the co-working clay studio.

"Our goal is the in-between starting your home studio and working out of a larger community studio...It's the step before starting your own studio at home where you have to put up costs for all the equipment you would need," Courtney said.

Both owners have other jobs and also teach at the Visual Arts Center.

Wicks, who studied ceramics and textiles at Virginia Commonwealth University, is program coordinator at Quirk Gallery. Courtney, who studied at the Rochester Institute of Technology and the San Francisco Art Studio, is a professional photographer.

Information on upcoming classes is available at handthrown.studio.

"We offer cardio and strength-training group classes, yoga, personal training and nutrition coaching. The studios can accommodate up to 27 people at a time. We are offering 26 classes a week," Grohs said.

It's Grohs' third boutique fitness studio in Richmond. She also operates Boho Cycle Studios at 714 N. Sheppard St. in the Museum District and at 2401 E. Marshall St. in Church Hill.

For more information, go to Bohostudios.com.

The spaces for all three businesses were redeveloped by CW Performance Group LLC, whose principal is Cory Weiner.

Another business, Scrap RVA moved from across the street into the suite of redeveloped spaces. Scrap RVA sells repurposed arts materials, paper, fabric and other odds and ends.

CW Performance Group also is redeveloping another site on Brookland Park Boulevard for a brewery.