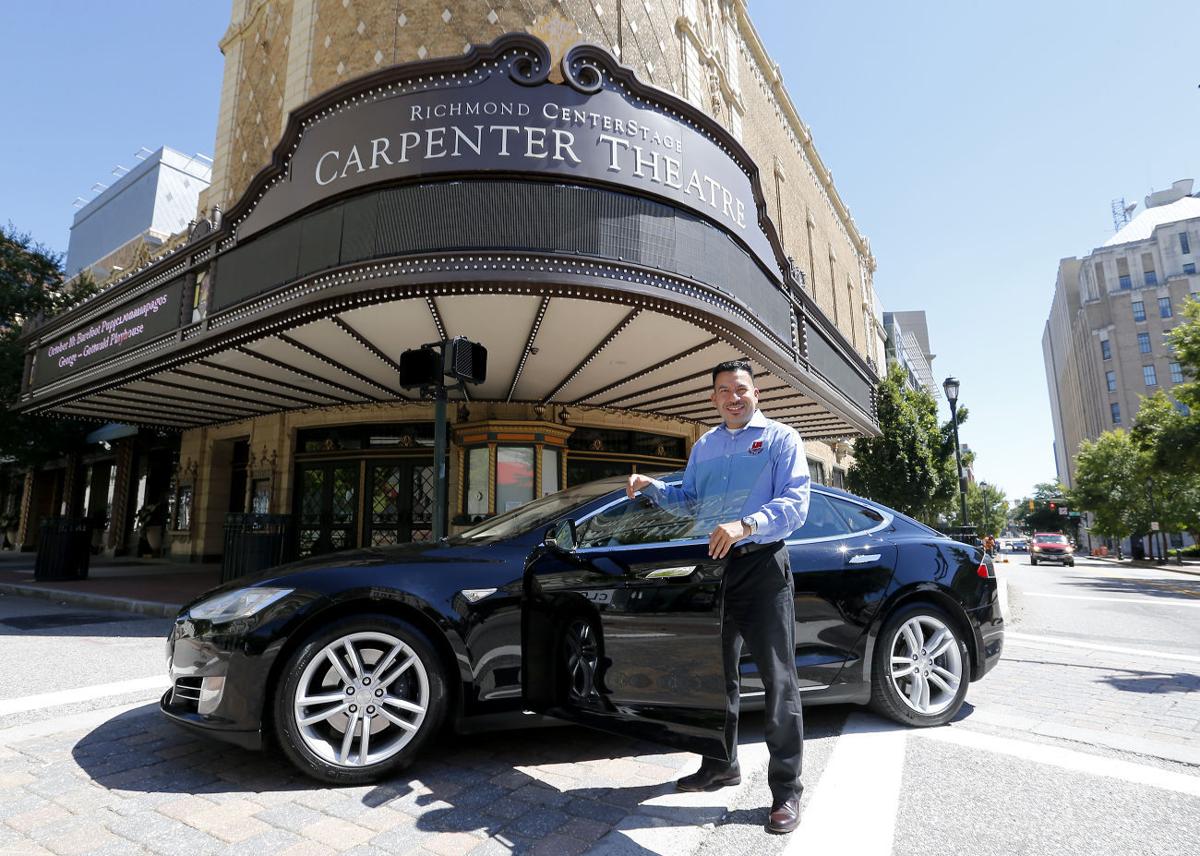 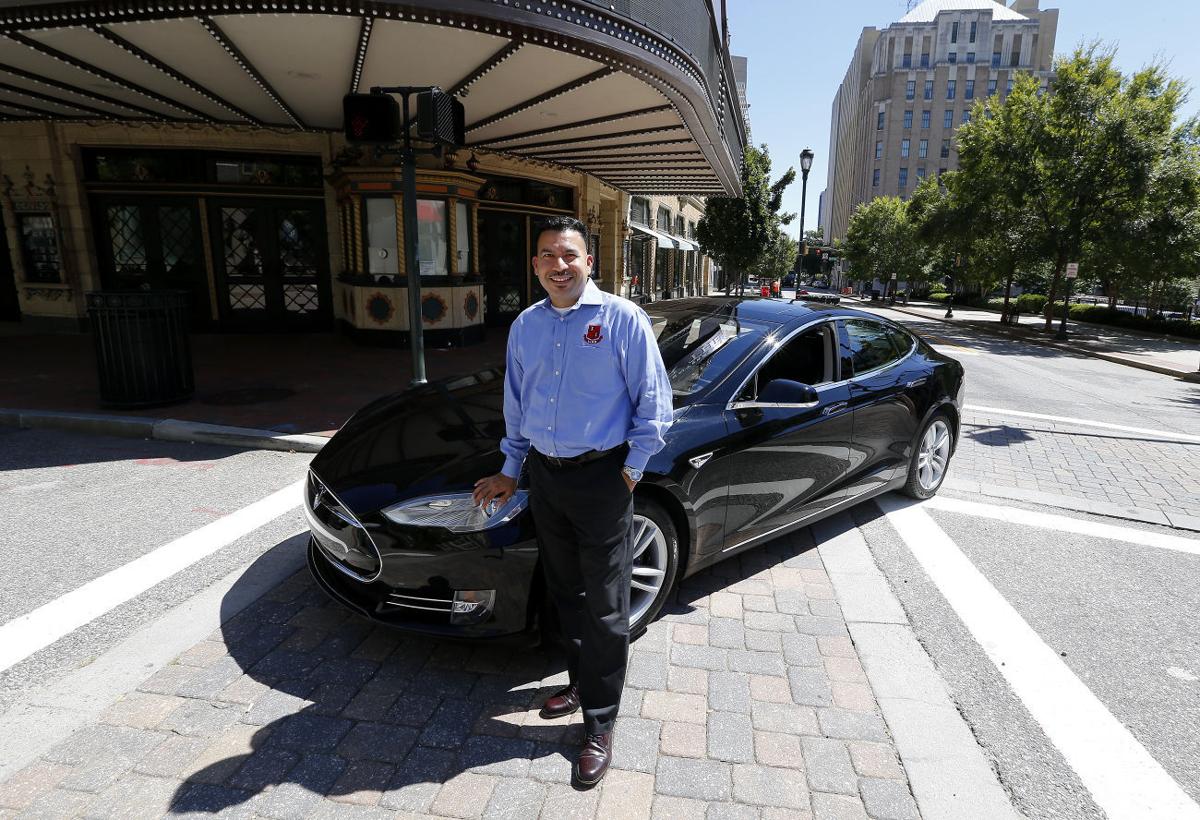 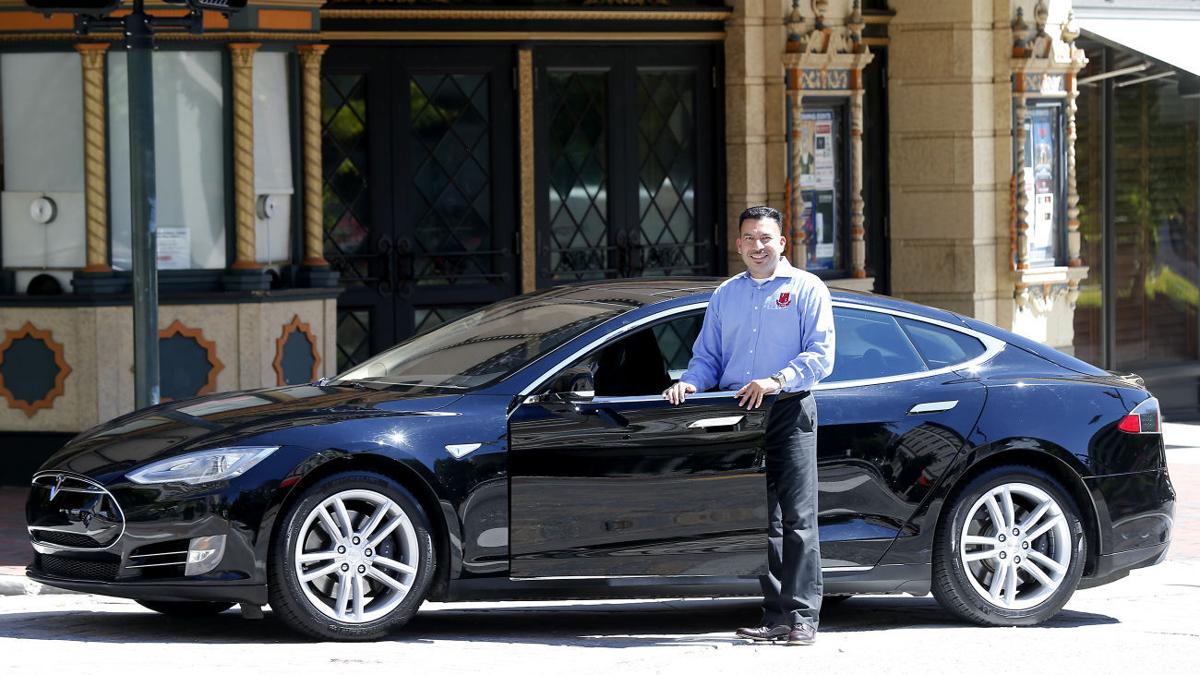 Henry Gonzalez gets to drive some interesting people around, so he wants nice wheels.

Gonzalez, the owner of First Class Limo, has added an electric Model S Tesla to his 10-vehicle fleet. The sedan — it’s not a custom stretch limousine — cost about $95,000.

It’s not the top price for the model he picked. “With all the accessories, you could spend $120,000,” Gonzalez said. “We got a comfortable car and good range — it will go 260 miles between charges.”

Gonzalez, a native of Guatemala, came to New York with his family when he was a fifth-grader. He moved to the Richmond area 15 years ago. In New York, he worked in law enforcement executive-protection services, often driving his clients. “I thought that one day I wanted to have my own fleet of cars.”

And what a fleet it is. Besides the Tesla, Gonzalez can drive you around in a 1950 Bentley, a 1959 Packard, a 1960 Rolls-Royce. You can pick a stretch limo, a van or an SUV — one of them a hybrid Cadillac Escalade.

The Tesla, he said, is a step toward becoming a green company. He plans to invest in a solar-panel recharging system to add to the eco-friendly nature of the car.

“We don’t claim to be green,” he said. “Just baby steps so far. We’ll see what the demand is for the Tesla. I think Richmond is ready for it. If enough people ask for it, we’ll get another one.”

Gonzalez charges a premium for the Tesla, but the price increase is balanced by the lack of a fuel charge for the battery-powered car.

First Class Limo has been the choice for a number of celebrities passing through Richmond. President George W. Bush rode with Gonzalez. Famed chimpanzee expert Jane Goodall was a passenger. Actors Steve Martin and Martin Short have ridden with him. Bruce Springsteen and his family were passengers.

Asked who was his favorite passenger so far, Gonzalez smiled and picked Springsteen.

“He is such a nice guy,” Gonzalez said. “I drove him and his wife and son around for four days, taking them shopping, out to eat, giving them a tour of Richmond. They were very down-to-earth. One night they were making up songs using the names of Richmond restaurants, singing in the car.”

Gonzalez said he marvels at his life sometimes. “To come from Guatemala, grow up in a poor neighborhood in New York, and one day shake hands with the president of the most powerful nation in the world — pretty amazing.”