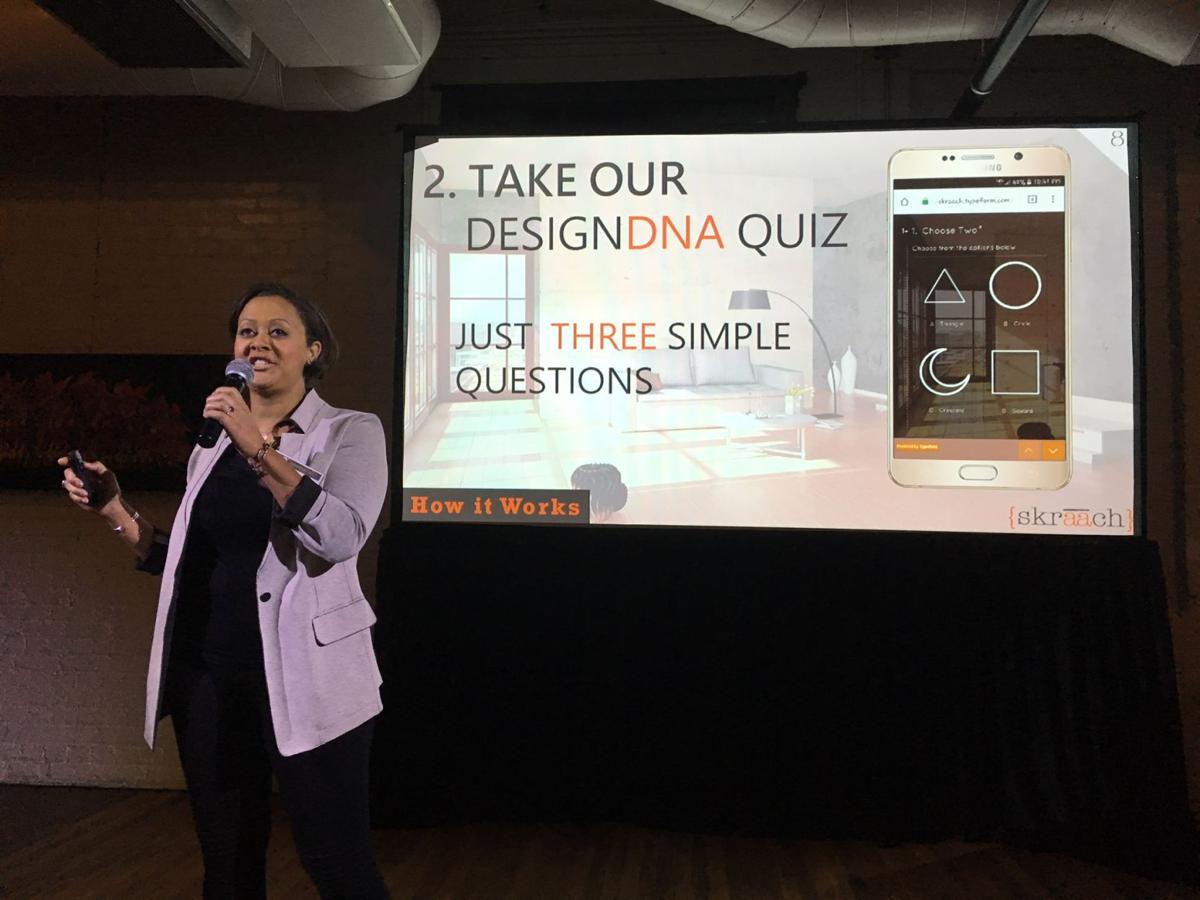 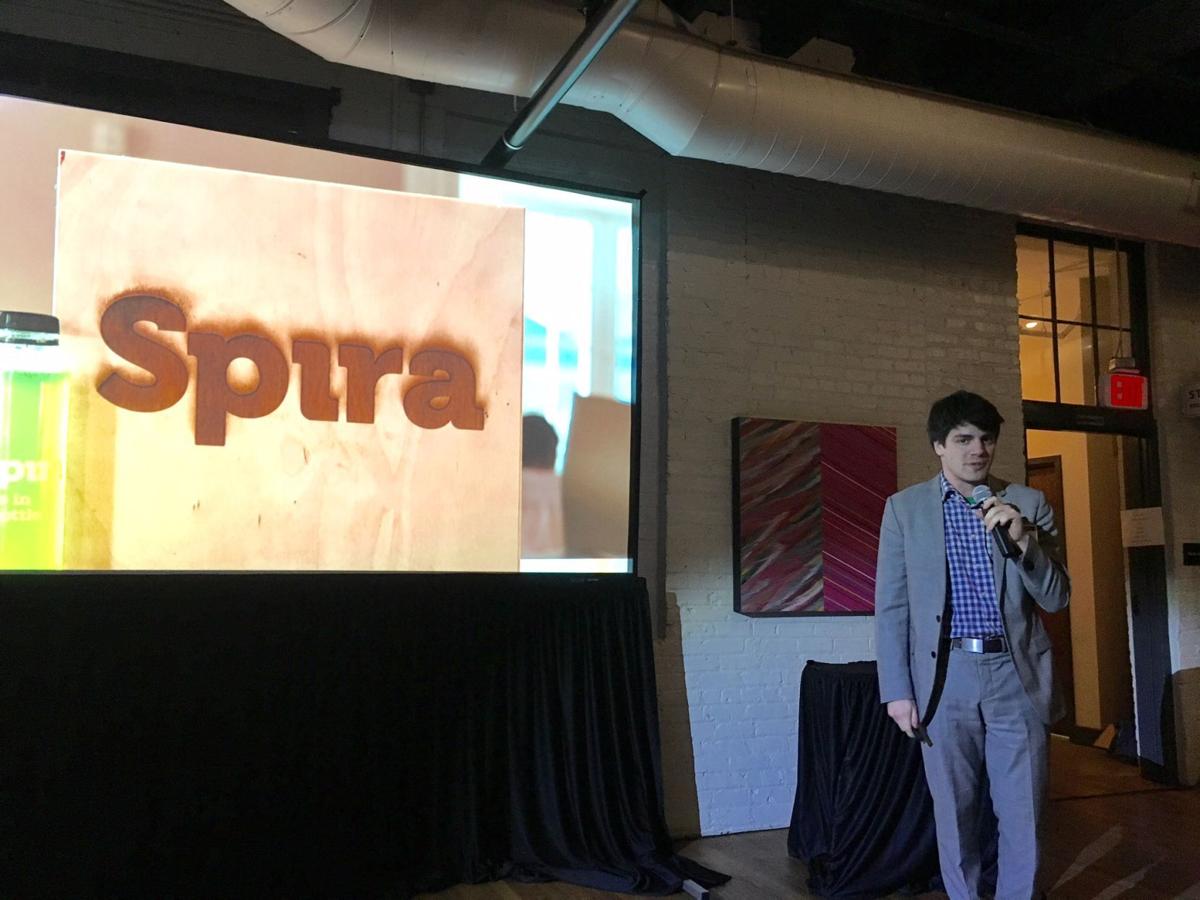 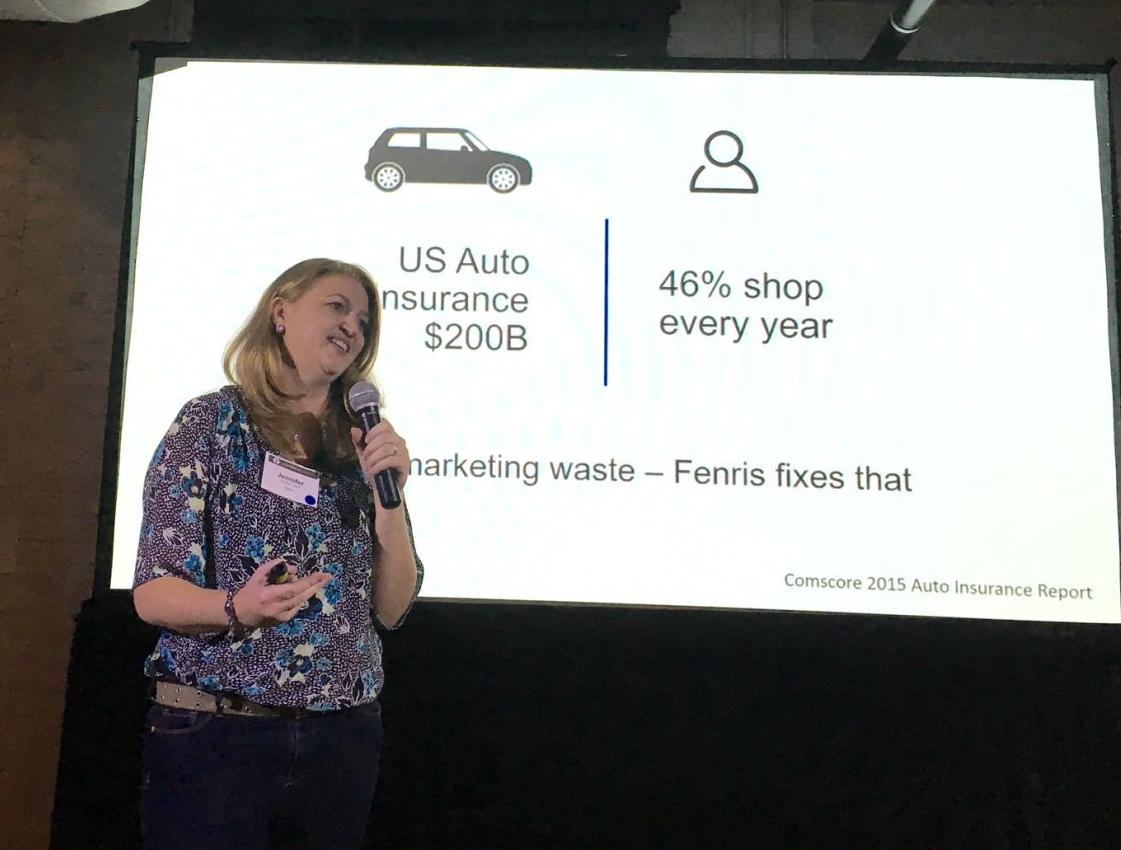 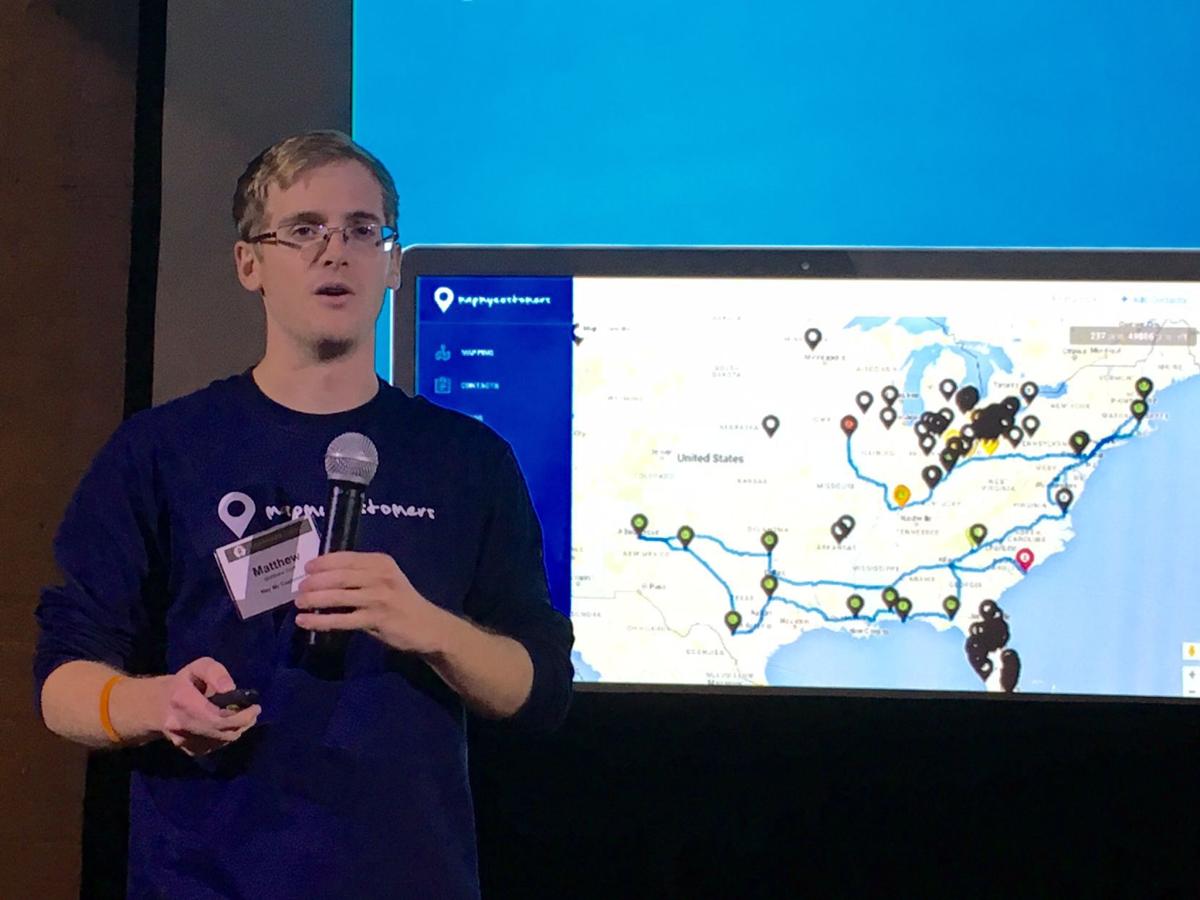 At Lighthouse Labs Demo Day, CEO Matthew Sniff talks about MapMyCustomers, an app that allows sales personnel to map, filter and route to get to their customers.

At Lighthouse Labs Demo Day, CEO Matthew Sniff talks about MapMyCustomers, an app that allows sales personnel to map, filter and route to get to their customers.

She and her team at Richmond-based startup Skraach have created an online site to make it easier for consumers to get custom-designed room plans while giving interior design students a way to get experience.

Users of the Skraach website answer three shape-based questions. The company’s proprietary DesignDNA quiz figures out what interior design style the person likes — such as contemporary, modern or traditional — and then suggests six different possible floor plans complete with different furnishings that match the customer’s personality.

“You get a custom collage of your space,” said Wilson Thomas, the company’s co-founder and chief operating officer. “Don’t start from scratch, start with Skraach.”

Skraach was one of seven companies that presented business plans at the Lighthouse Labs Demo Day Thursday night. About 220 people attended the event at the Hofheimer building in Scott’s Addition.

The seven businesses have spent the past 15 weeks honing business plans at Lighthouse Labs, a local business accelerator that offers grants and mentorship to new startup ventures. The accelerator was located this fall in the Richmond Times-Dispatch’s 1E small-business collaborative workspace at its downtown Richmond offices.

This is the fourth group of startup businesses that have gone through the program since it was created in 2013. The program is intended to provide startup teams with guidance on improving their products and services, networking with investors, and identifying resources and opportunities needed to run a high-growth business.

The 20 businesses that participated before the current class have raised a total of $7 million in capital from venture capitalists and angel investors, said Todd Nuckols, founder and executive director of Lighthouse Labs. The current group of seven businesses has raised $250,000 in capital so far, he said.

“The real thing is about investing in the ideas of the founders,” Nuckols said. “It’s about individuals ... and the guts to face peers and try to change the world.”

Some of Lighthouse Labs’ previous participants have included Painless1099, a website that helps freelancers and independent contractors get paid while saving the appropriate amount of money for taxes, and OccasionGenius.com (formerly called PartyRVA), which brings together party-related operations and offers an array of party options for consumers.

Each team from the current group received a $20,000 grant from Lighthouse Labs, which does not take an equity stake in the business.

During Thursday’s Demo Days, a member from each team pitched their business plans.

The Skraach website now only permits users to answer the DesignDNA quiz, Wilson Thomas told the audience. It only tells the person what type of design personality he or she is.

But starting in March, the entire site should be ready and be able to provide customers with six room layouts design showing five to 12 pieces of furnishings.

For $99, the customer can buy two of the six floor plans and the shopping list of all of the items. But the person could just buy any of the individual items on the merchandise list and avoid the fee, she said.

The company plans to use interior design students from Virginia Commonwealth University and later from other schools to build up a library of room designs based on styles. “It helps them build up their portfolios,” she said.

Besides Skraach, the other companies were: