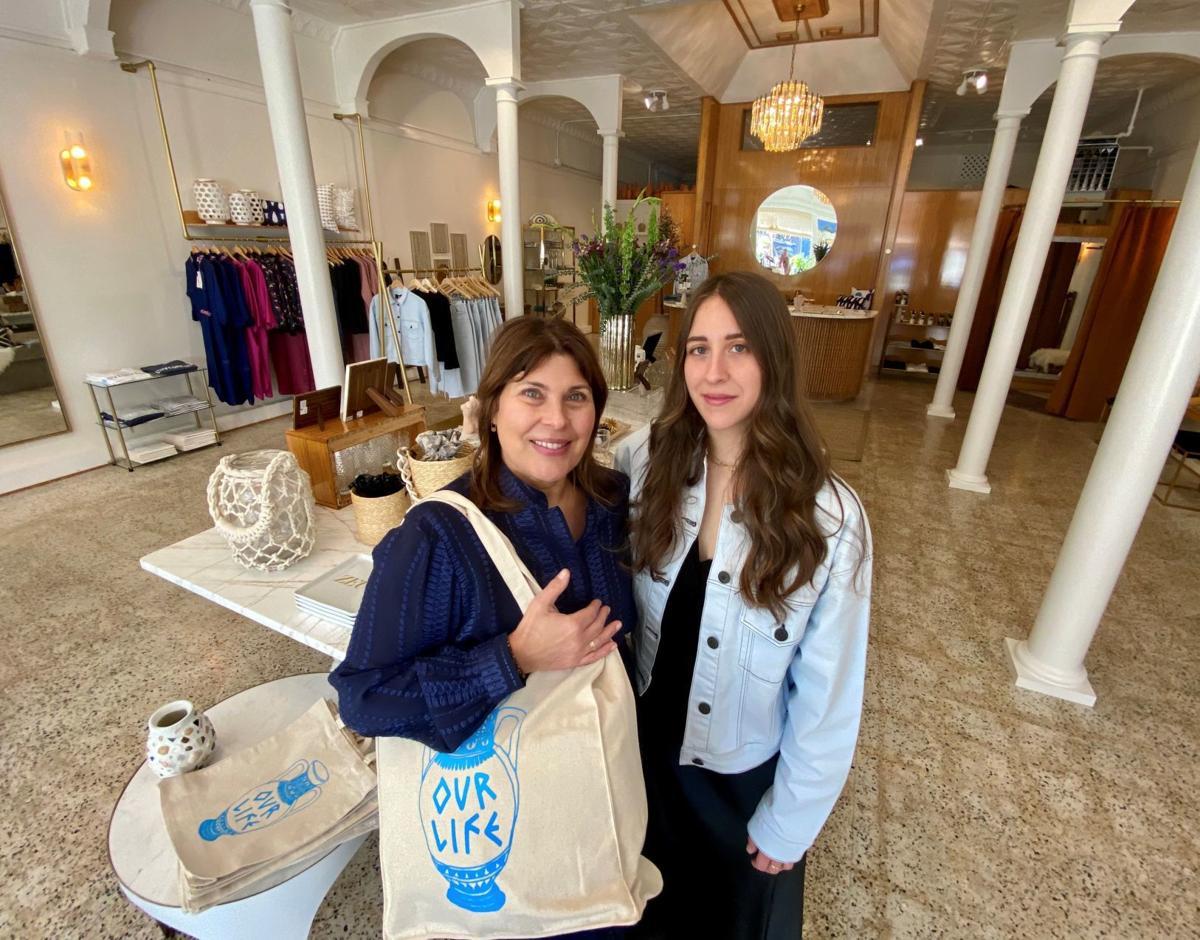 Katrina and Maria Giavos have opened Our Life by Stella’s at 1010 Lafayette St., next to Stella’s restaurant. 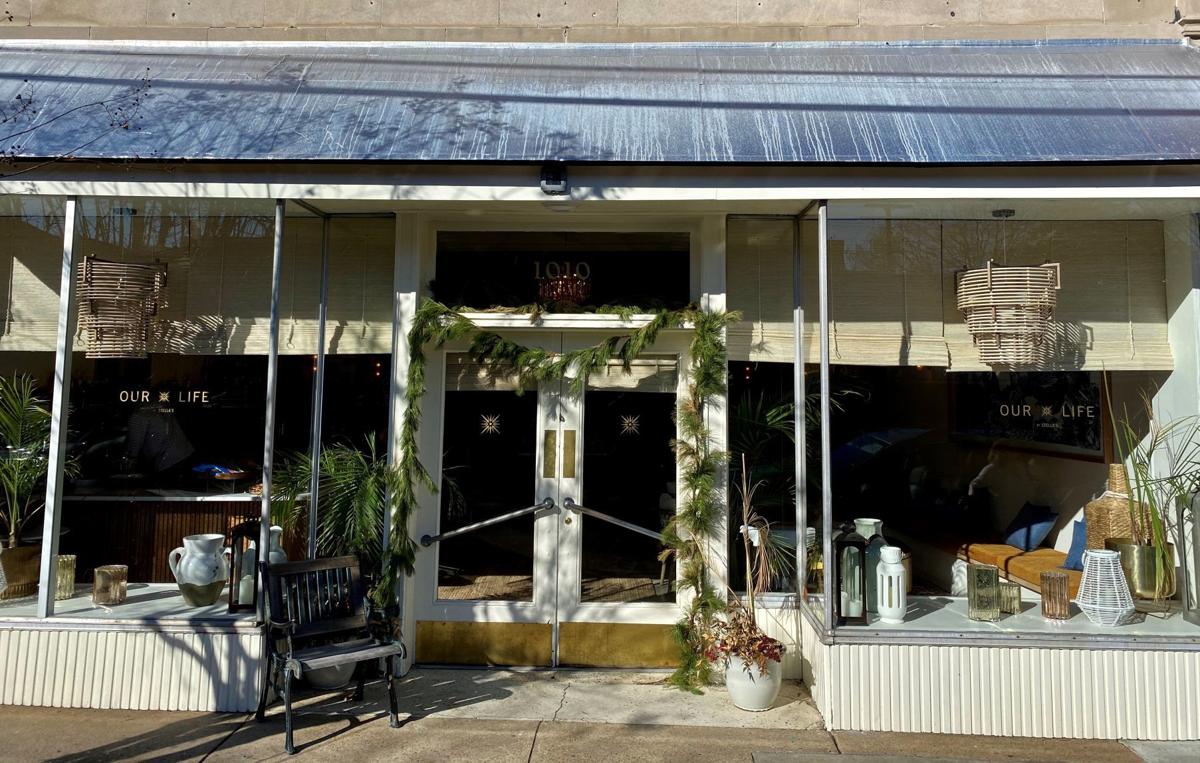 The Giavos family has opened Our Life by Stella's shop at 1010 Lafayette St., which is next door to the family's Stella's restaurant and across the street from the original Stella's Grocery market. 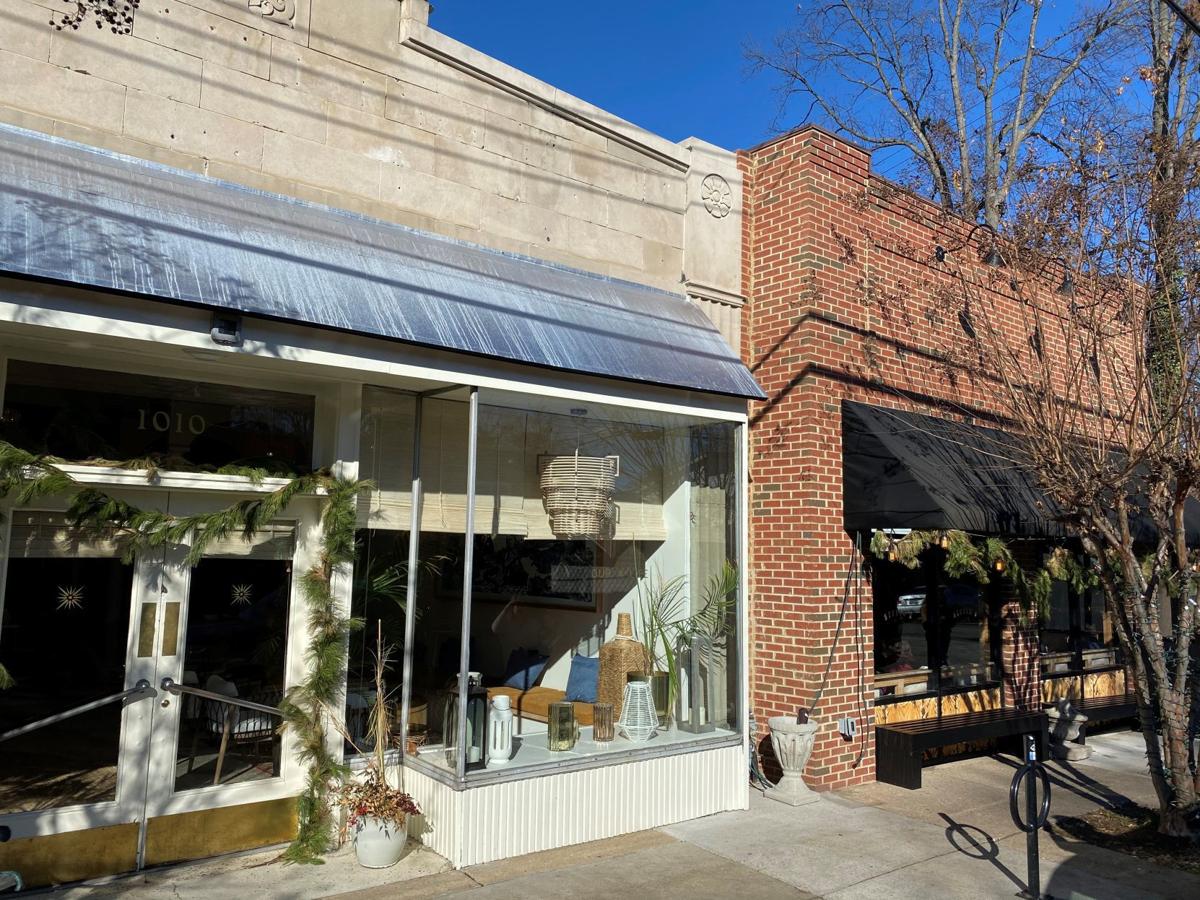 The Giavos family has opened Our Life by Stella's shop at 1010 Lafayette St., which is next door to the family's Stella's restaurant.

Katrina and Maria Giavos have opened Our Life by Stella’s at 1010 Lafayette St., next to Stella’s restaurant.

The Giavos family has opened Our Life by Stella's shop at 1010 Lafayette St., which is next door to the family's Stella's restaurant and across the street from the original Stella's Grocery market.

The Giavos family has opened Our Life by Stella's shop at 1010 Lafayette St., which is next door to the family's Stella's restaurant.

Katrina Giavos and her daughter Maria had an idea while traveling to Greece about five years ago.

"We met so many young and aspiring entrepreneurs and designers. We thought why don't we bring their items to Richmond to be a part of our whole brand, our heritage. We thought it would be amazing if we did this," said Katrina Giavos, who, along with her husband Johnny, own more than a dozen restaurants including Stella's, Kitchen 64, Sidewalk Café and The Continental as well as gourmet markets in the Richmond area.

The mother-daughter duo had their sights on opening a Greek-chic boutique, but the location was key.

It needed to be near the family's Stella's restaurant at 1012 Lafayette St. in Richmond's near West End, where it has operated since 2011. That restaurant and the three Stella's Grocery markets in the region are named after her mother, Stella Dikos.

In late spring, Katrina Giavos said their builder found one of those tiny houses. She had it parked in front of Stella’s Grocery at 1007 Lafayette St., across the street from the restaurant, and converted the inside into a little shop for a while this past summer.

Then the bedding shop next to the restaurant closed in the spring and the space became available. The Giavos family began leasing it July 1 and spent the next several months updating the interior.

Meanwhile, she and her daughter started buying merchandise for the store.

The store sells clothing, jewelry, shoes and housewares. It even sells those pepper grinders used in the restaurant that Stella's customers have wanted. The pepper mills come in brass, copper and silver and in different sizes and styles.

But the space is more than just a retail shop.

It is a place where patrons to Stella's restaurant can sit - or browse the store - while waiting for a table. There is a lounge area in the front of the store for people to sit. Before, customers had to wait outside the restaurant or they left.

Our Life by Stella's also has a Greek specialty coffee bar at the front of the store. "We have our coffee at the market across the street, but this is an extension of a few specialty Greek coffees. We sell Greek wines and from time-to-time distributors will come and do a tasting so people who are waiting can come and have a tasting," Katrina Giavos said.

Another key part of the shop is that it can be turned into an event space, she said.

"I aesthetically wanted to make it beautiful because it is an event space as well. People call me every day at Stella's  and ask if they can rent Stella's out for a rehearsal dinner or a private party. Now we have the space to do that," she said.

For instance, the long table displaying merchandise in the center of the shop can double as a communal table similar to what the restaurant has. The cashier counter at the back of the store and the coffee bar counter can serve as bar areas for special events, she said.

Katrina Giavos said she is close to booking her first two events for the space. "There's interest and I haven't even started to advertise."

Her daughter, who has a degree in graphic design and worked in the fashion industry in New York after college, has handled much of the buying, the hiring and the training to get Our Life by Stella's opened.

"She really wanted to do this. It was her passion. It has been fun doing this together," Katrina Giavos said.