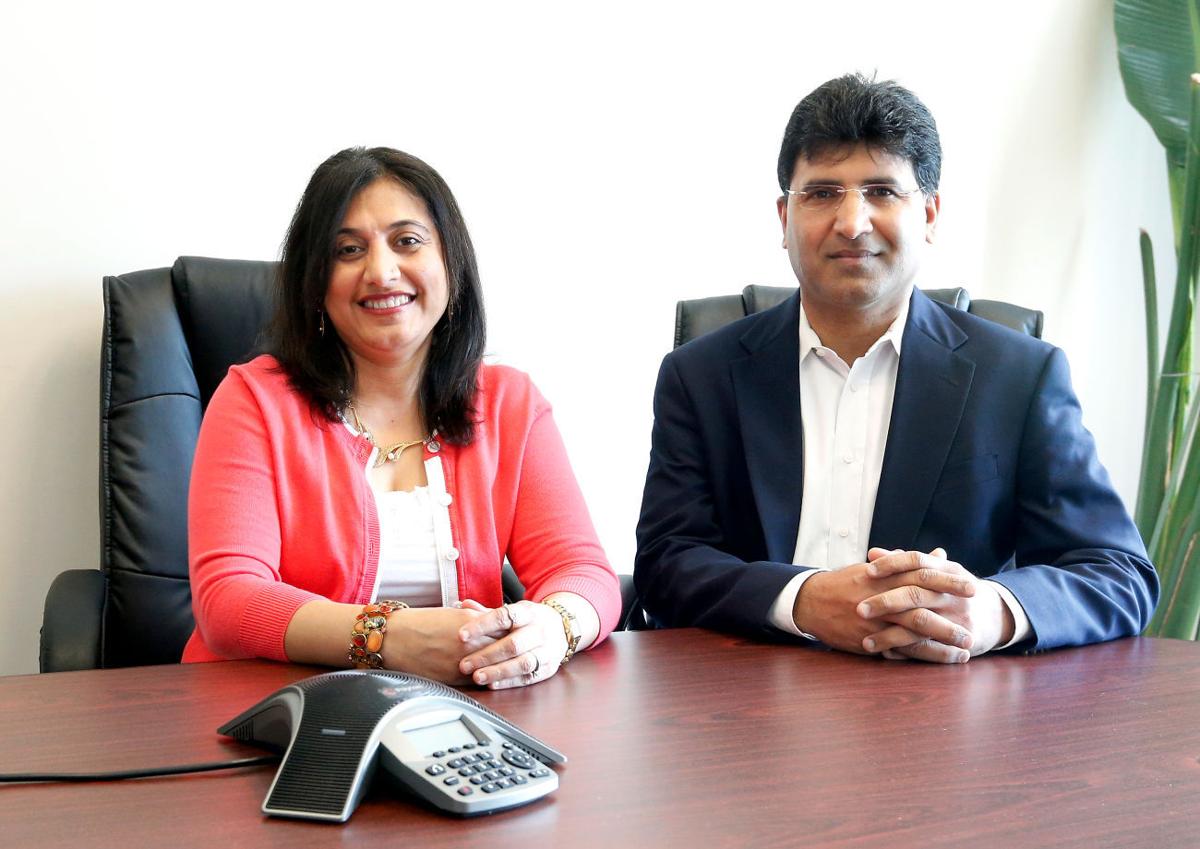 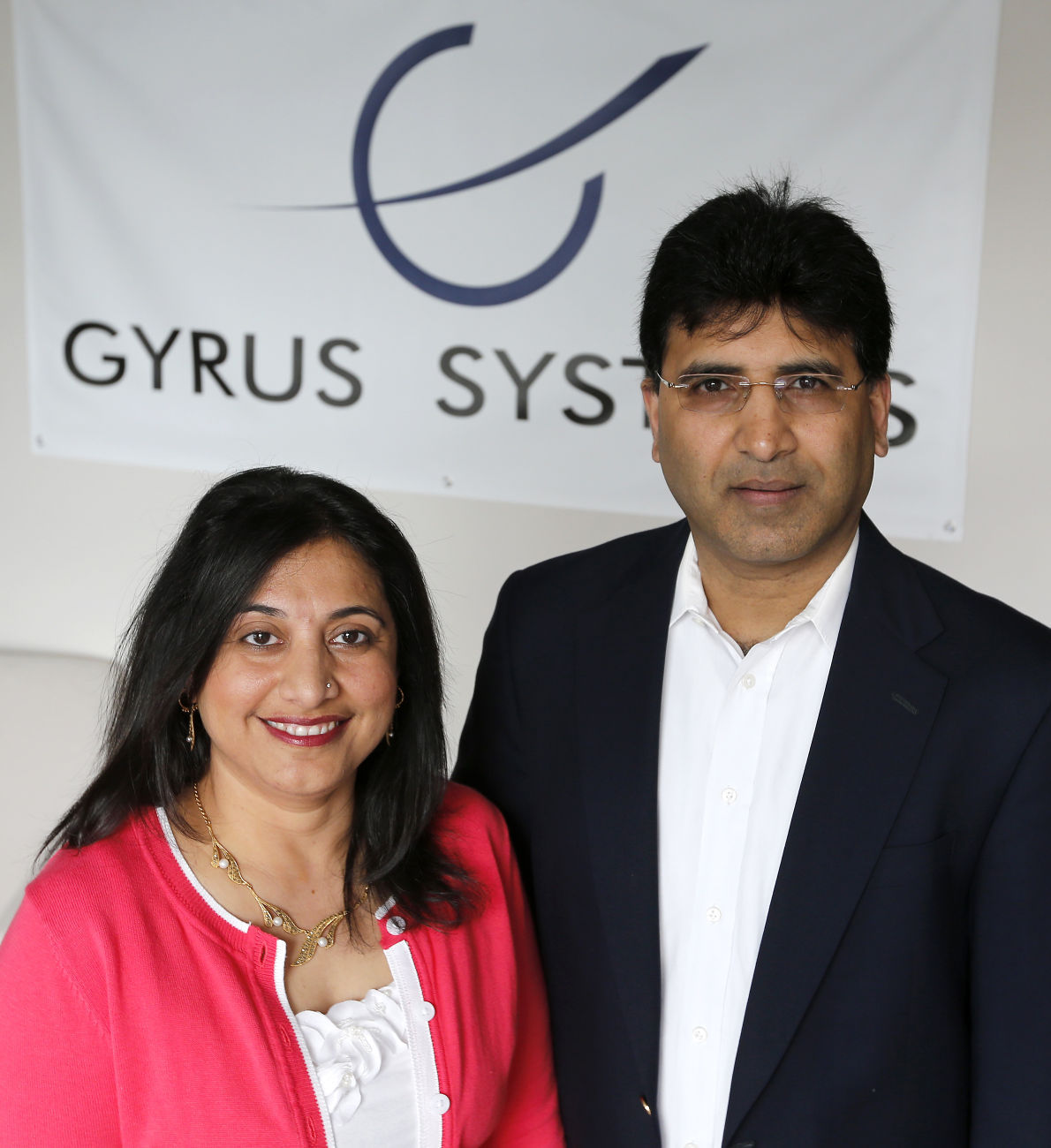 Smita and Viren Kapadia own Gyrus Systems, which sells its products to a variety of industries.

Smita and Viren Kapadia own Gyrus Systems, which sells its products to a variety of industries.

Viren Kapadia and his wife, Smita, bought Gyrus Systems in 2009 with the intent of expanding the software company’s operations outside of the United States.

The Henrico County-based company did just that a year later by opening an office in India.

“That office helps with support and maintenance,” said Viren Kapadia, adding that 14 of the company’s 20-plus employees are in India.

Gyrus Systems has developed software to manage the administration, documentation, tracking and reporting of e-learning courses and training. A company, for instance, could use Gyrus software to make sure workers receive proper education on certain regulatory requirements and policies.

“We own the product. We design it, develop it and support it,” Viren Kapadia said.

Gyrus sells its products in the U.S., Canada and 15 countries in Europe. Its multilingual product supports 30 languages.

The company would like to move into new markets.

“As a company, we want to grow to have a reseller in Asia and Africa,” Kapadia said. “Having that office in India definitely helps us to capture the Asian market.”

Robert Dust and Robert Minteer founded Gyrus in 1982 in Chesterfield County. The Kapadias purchased it from Triad LC in Richmond, which had owned the business since 2001.

Kapadia immediately made changes to the company.

“We moved our office to its current location in Henrico County, and we invested in people, processes and technology,” he said. “We continue to invest in that.”

Kapadia, who had previously served as chief information officer for insurance brokerage Hilb Rogal & Hobbs before it was sold to Willis Group, revamped the company’s product, adding such features as mobile technology.

“With any software, you have to evolve,” he said. “There were a number of challenges with the software. We invested resources to make it easy for users. We upgraded the technology and made sure we had robust customer service.”

The company sells its products to such industries as manufacturing, health care, banking, law enforcement, utilities and nonprofits as well as local, state and federal agencies. Customers include Caterpillar, The Portland Clinic, Stihl, the National Oceanic and Atmospheric Administration, and the FBI.

“We also have international clients like Bentley Motors,” Kapadia said.

Companies use the software for compliance requirements related to such organizations as the Occupational Safety and Health Administration, the Environmental Protection Agency, and the Food and Drug Administration.

The software also is used for employee development and for reporting and analytics.

“With compliance, you have to train employees, and you have to prove they took the training,” Kapadia said. “We support e-learning as well as instruction-led, blended and on-the-job training.”

“I think it’s an excellent program,” he said of the software. “I don’t see anything out there for the price and the quality. And they work with you. They will build something for you if there is something specific you need.”

The company competes with some major players, including IBM, Cornerstone OnDemand, and Saba Software as well as smaller companies.

“Fifteen years ago, there were only 100 or so players in the market, but now there are around 600 players,” Kapadia said. “But if you are really looking for enterprise solutions or features, you are only talking about less than 30 vendors.”

Because it is a privately held company, Gyrus does not release financial information, but Kapadia said the company has been profitable.

“We continue to grow and be a profitable company,” he said.

The biggest challenge Gyrus faces also can be its largest opportunity, Kapadia said.

“That (challenge) is providing service to our customers not just in terms of delivering the product but also being proactive by addressing their needs,” he said.

“They helped us deploy e-learning training and track all of our training,” she said. “They provide us with reporting so we can ensure everybody completes training on time. We have a really good relationship with them. If I need them for anything, they are right there.”

What is it?: Provides a software application and related services for the administration, documentation, tracking and reporting of e-learning courses

Employees: 20-plus, including the owners