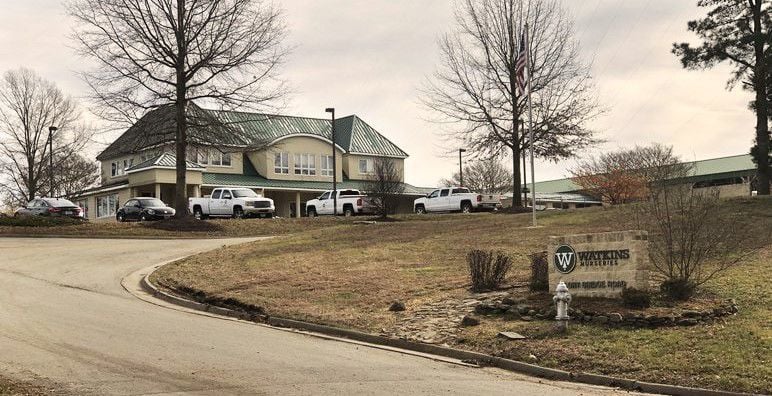 The headquarters for Watkins Nurseries is at 101 Dry Bridge Road in Chesterfield County. 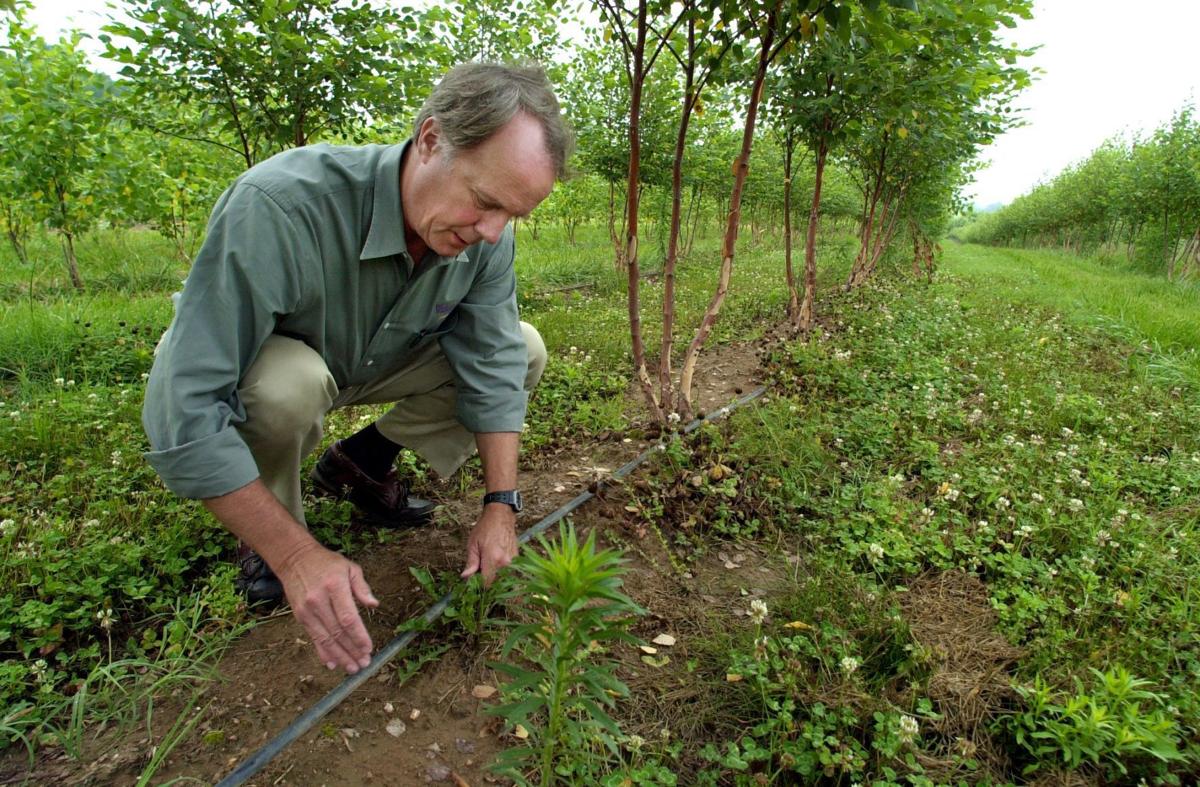 John Watkins looks at part of a special irrigation system installed at Watkins Nursery property in Amelia on 6/15/2000. 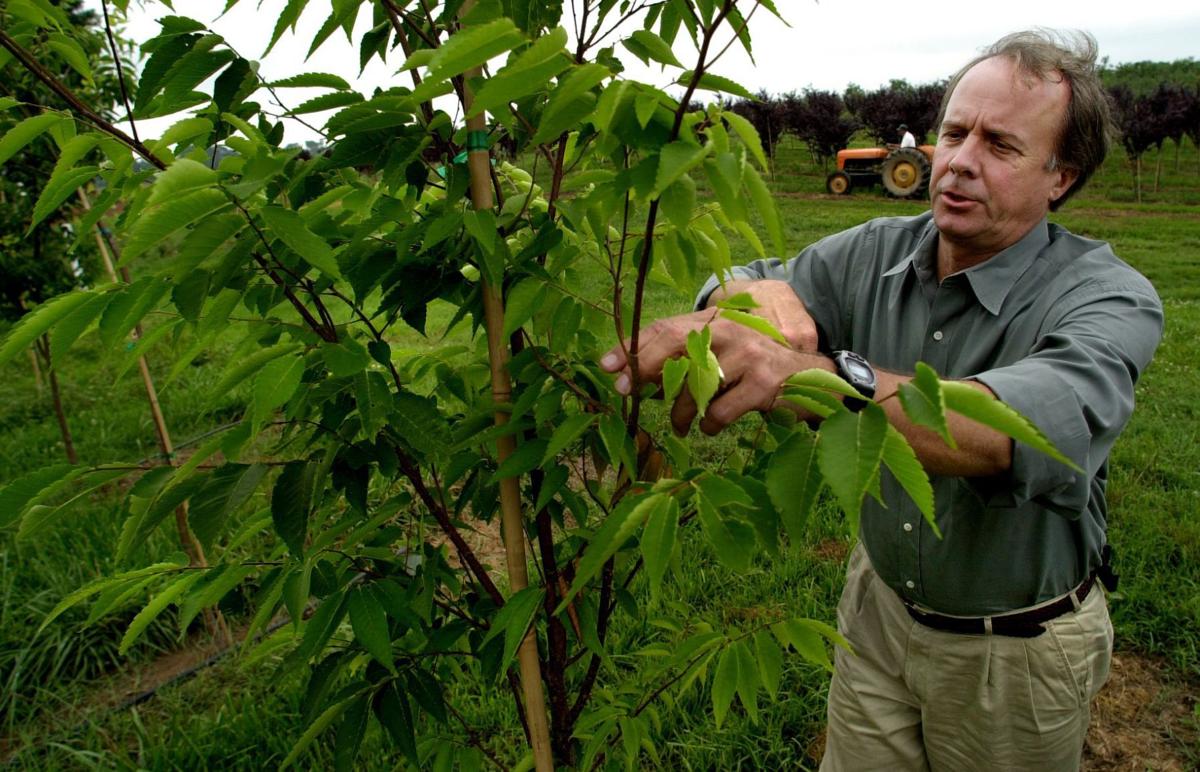 John Watkins looks at a young tree on Watkins Nursery property in Amelia on 6/15/2000. 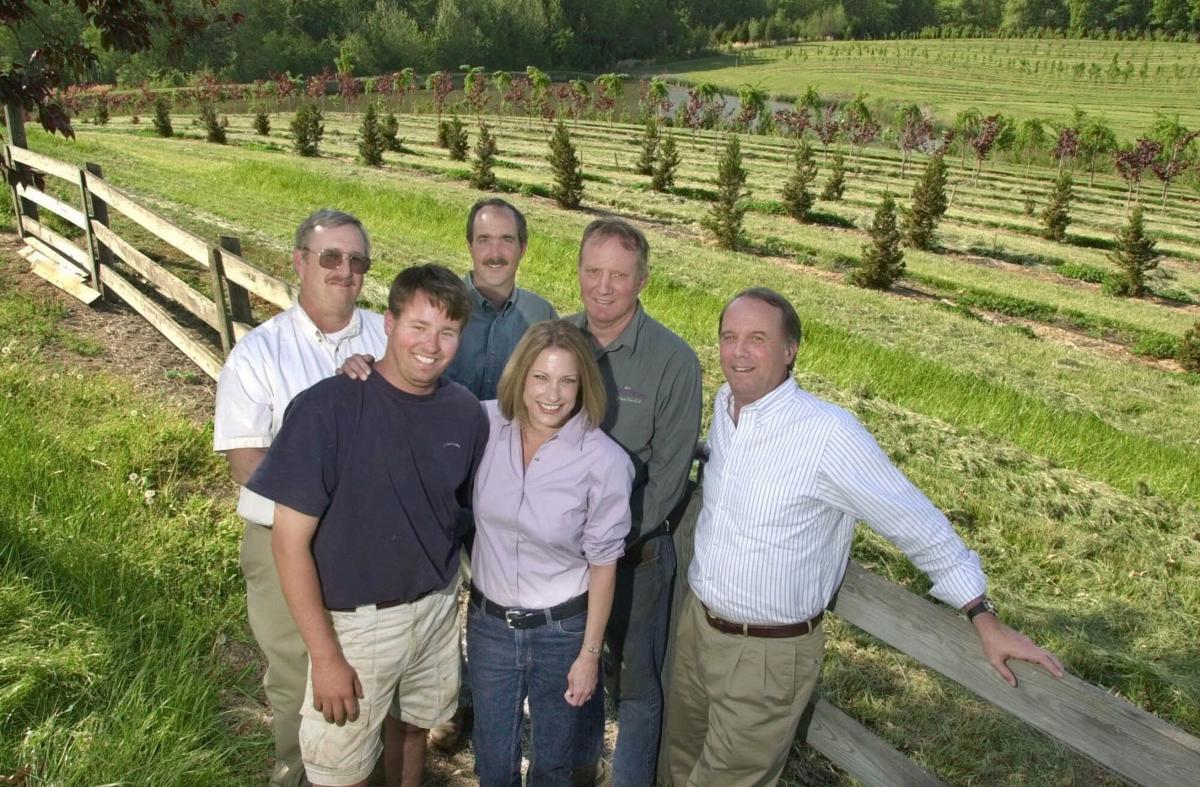 The headquarters for Watkins Nurseries is at 101 Dry Bridge Road in Chesterfield County.

John Watkins looks at part of a special irrigation system installed at Watkins Nursery property in Amelia on 6/15/2000.

John Watkins looks at a young tree on Watkins Nursery property in Amelia on 6/15/2000.

Properties owned by Watkins Nurseries Inc., founded in 1876 and run by the fifth generation of the Watkins family, are slated to be sold at a foreclosure auction later this month.

A total of 342.3 acres of land in Chesterfield, Powhatan and Amelia counties — with a combined assessed value of $2.314 million — as well as vehicles and equipment owned by a sister company are scheduled to be sold at four different auctions at three locations on Feb. 20.

The auctions will be held on the courthouse steps in Chesterfield, Powhatan and Amelia.

Foreclosure notices were placed on Page D5 in the legal advertising section of Friday’s Richmond Times-Dispatch.

Henrico County-based Dudley Resources is contracted to handle the foreclosure auctions on behalf of a bank that provided financing to the Watkins nursery and recycling businesses, said Tim Dudley, president of the real estate auction firm.

“The bank is foreclosing on it for lack of payment,” said Dudley, declining to name the bank.

Robert Watkins, the owner and president of Watkins Nurseries, could not be reached for comment.

His father, former state Sen. John Watkins, a Republican who represented Powhatan and Chesterfield counties for 34 years, said SonaBank has not sent a formal notice of foreclosure.

“We have not received any notice,” John Watkins said. “The law states you have to provide notice. My son is seeking legal advice.”

John Watkins said the two businesses — Watkins Nurseries and Virginia Resources Recycled LLC — have loans that are cross-collateralized, meaning the collateral for one loan also is used as collateral for another loan.

The original principal amount of the loan is $1.735 million that was recorded in a deed of trust dated April 28, 2017, according to the foreclosure notice.

“They have not been able to meet the notes. I think the nursery business is current,” John Watkins said about the loan.

Watkins Nurseries is open and continues to operate, he said.

The business was founded by J.B. Watkins as a small fruit tree farm in Powhatan County 144 years ago. It has grown to have more than 500 acres across central Virginia used in the production of field-grown, landscape-size plants, according to the company’s website.

That auction starts at 10 a.m. on the steps of the Chesterfield County Courthouse.

The property is assessed for $1.054 million.

The site is the current location of the company’s landscape contracting division as well as its business office and plant center.

That auction begins at 1 p.m. in front of the Powhatan County Courthouse.

The farm is where the company’s greenhouse and propagation facilities are located as well as some field-grown resources.

The auction is slated to start at 3 p.m. at the Amelia County Courthouse.

It includes two parcels at 11400 Winterham Road and 11601 Grub Hill Church Road. The properties, both off U.S. 360 about 15 miles west of the Brandermill residential community in Chesterfield, are being offered separately or together.

The assessed value of the combined properties is $992,800.

One parcel has numerous small storage buildings and a shed. The other has two houses.

The farm, acquired in 1998, is the primary production area for the nursery and its tree operation.

That auction will start at 3:15 p.m. at the Amelia County Courthouse.

The machinery and vehicles, including tractors and trucks, is valued at more than $1.5 million.

There is obviously a dispute between Watkins and the lender, and this is likely a hardball tactic by the lender. I would be very surprised if this is not satisfactorily resolved.

Another great clickbait article though

Yeah, maybe that awful lender expect to be paid.

I admit I do not know the specifics of this dispute.

I have no feelings towards either party. You seemingly do.

Feelings? My opinion is not based on either party but rather on principle. If you borrow money, you should pay it back. Simple really. And I think I can safely assume from the article, this is what it's all about. From the article: "'“The bank is foreclosing on it for lack of payment,' said Dudley, declining to name the bank."

Of course, it will be paid back. The collateral no doubt covers the debt.

We do not know the details of the interaction of Watkins and the lender. Commercial loans are always far more complex than the mortgages you and I may have on our homes. But I have speculated excessively and I am stopping here.

Yep, like student loans. If you borrow money and the loan is conditioned on being paid back, then you definitely should pay it back.

Guess they blew all that 288 money. What about property across the road, home place?

Wow! Where'd all the Watkins money go? They leveraged their land?!

We, Leipertz construction employees, just built the Dry Bridge facility in about 2000. That area was booming then.

What? With all the money getting 288 to use his land—- then the Watkins center and all the money he has made are you really telling me that this property is in foreclosure? Something is very wrong.

Nothing is wrong - just time to get out, cash in and retire.

This may be true. However, I am certain that Watkins is shrewd enough to cash out in a more rewarding manner.

Evidently not or maybe the Watkins family doesn't mind their personal business plastered all over the newspaper.

Ron, sit this one out. You don't know what you're talking about