The Civil War has been over for just three years. In Richmond, a new medical college has opened with high hopes for the advancement of medical science. One of the essentials for students is fresh cadavers…dead human bodies…to dissect in anatomy class.

Now that the war is over, fresh corpses are hard to come by and it’s an open secret that the source of cadavers is new graves.

The Hanover County sheriff has received several Missing Persons reports from the Courthouse area. Hanover Tavern owner, Cleavars Chisholm, has reported strange dragging noises in the night coming from one of the rented rooms on the second floor.

Yesterday, a drop of blood was found in the hallway outside the door on the second floor.

Grave robbing is ghoulish enough. Now it appears there is a serial killer harvesting living souls.

This is a new demonic dimension.

Before suggesting that his good-paying tenant is a serial killer, Mr. Chisholm has recruited you to go undercover to see if you can find evidence. You must investigate quickly, before the tenant returns, possibly making an anatomy lesson…out of you! 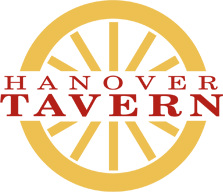 Have an upcoming event you'd like to see here? Submit now, it's easy and free.