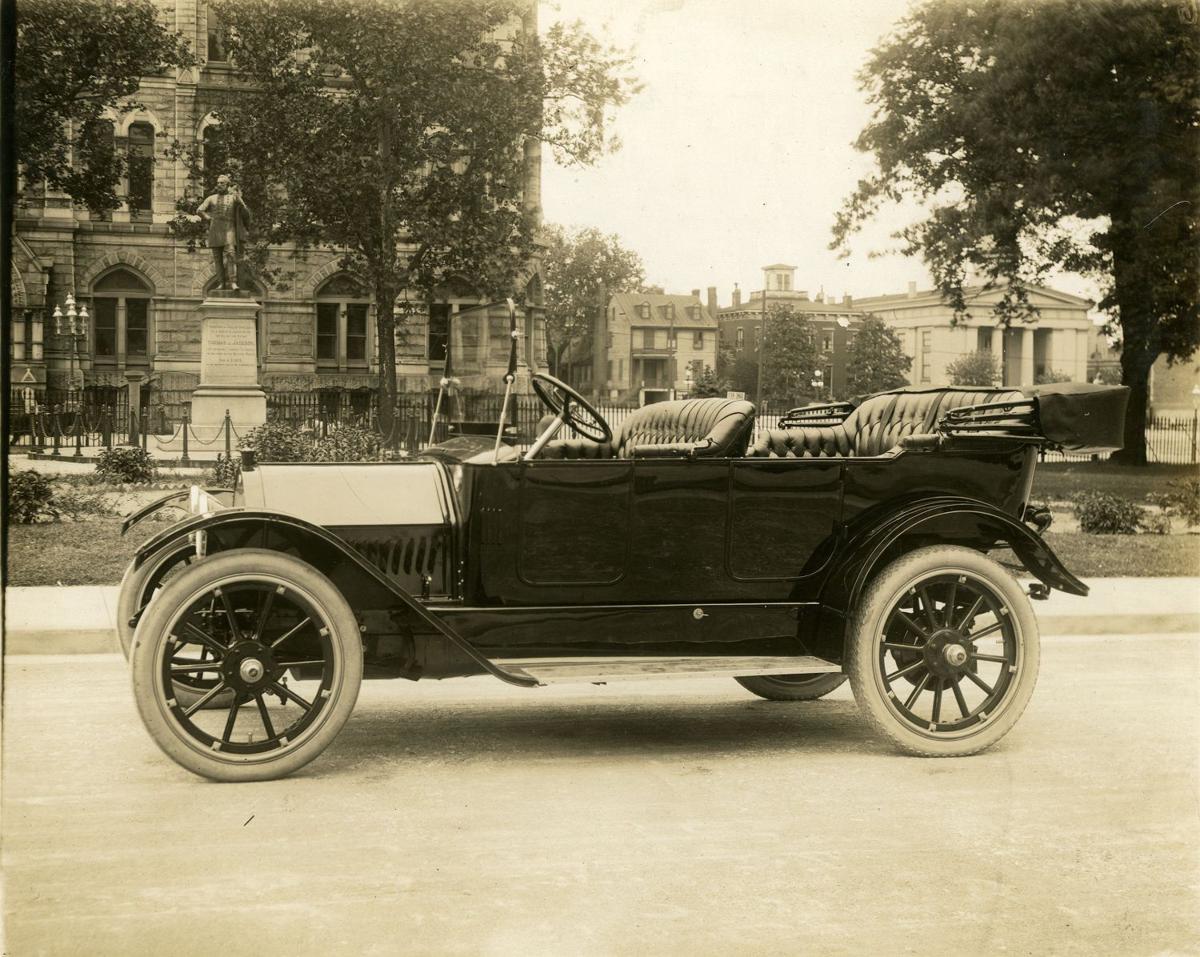 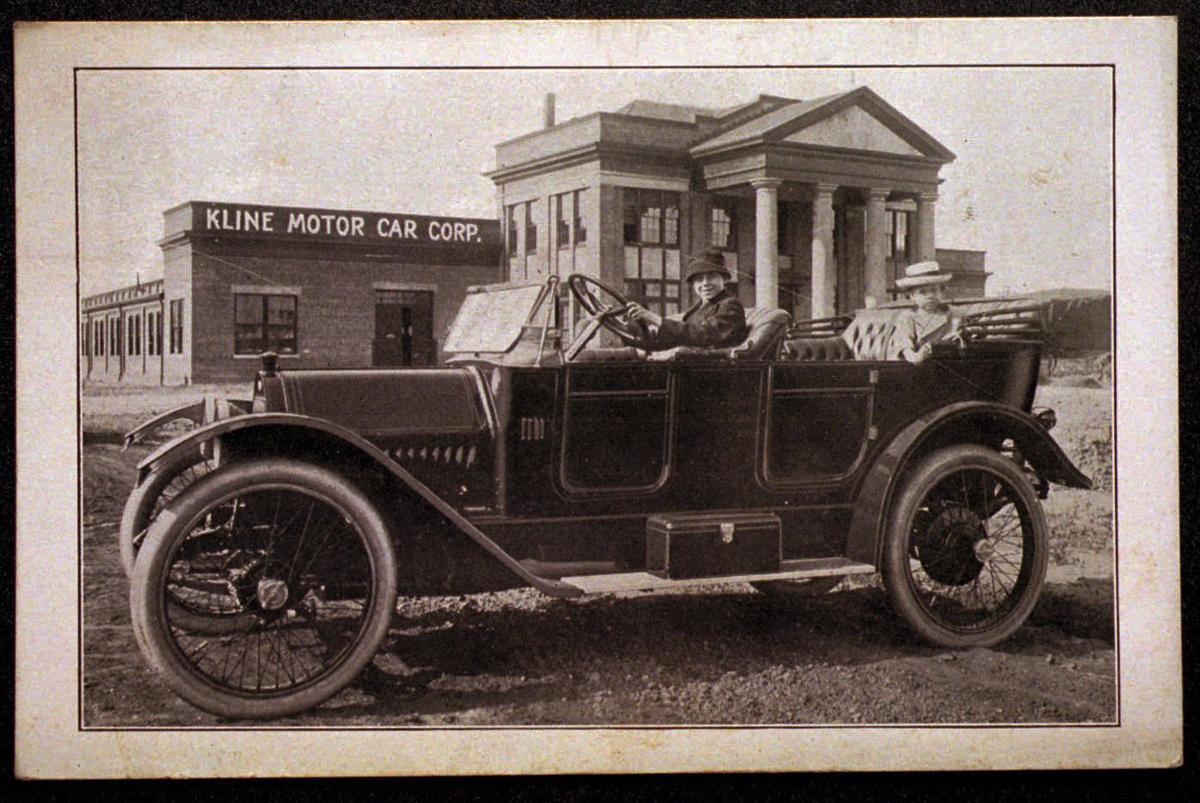 A post card, with winners of a Kline Kar which was given away as a Times-Dispatch promotion. 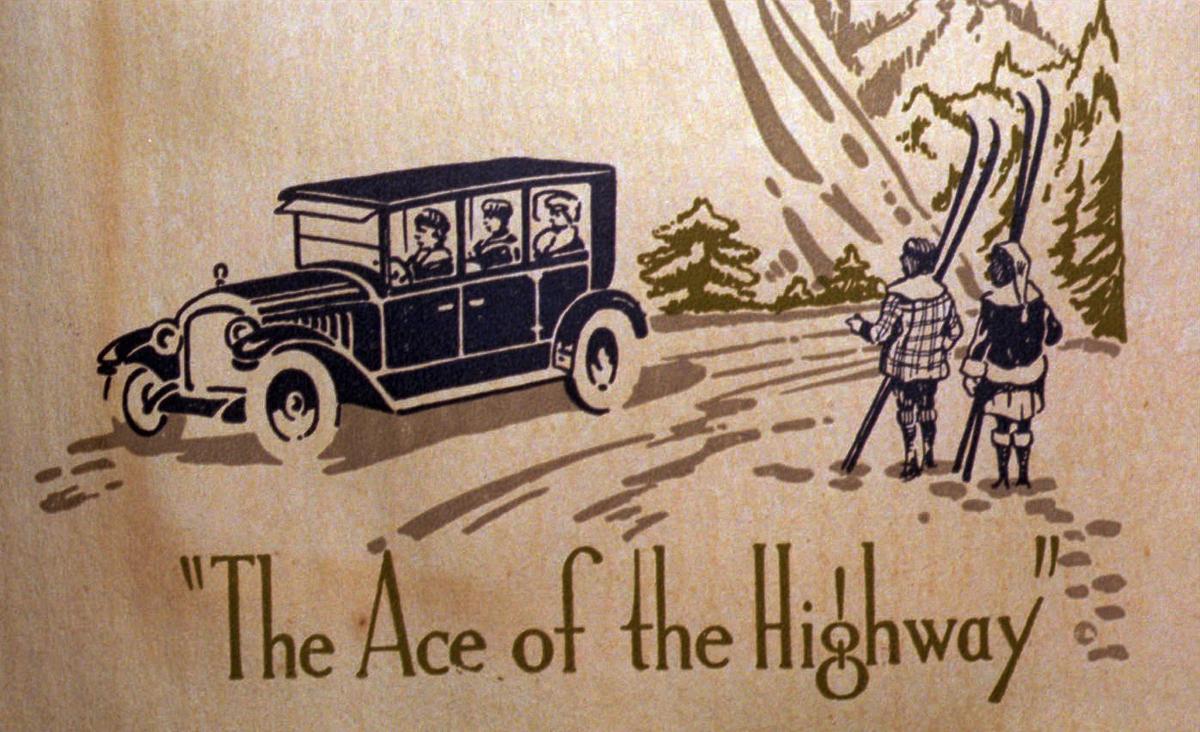 From the cover of a brochure for models of the Kline Kar. 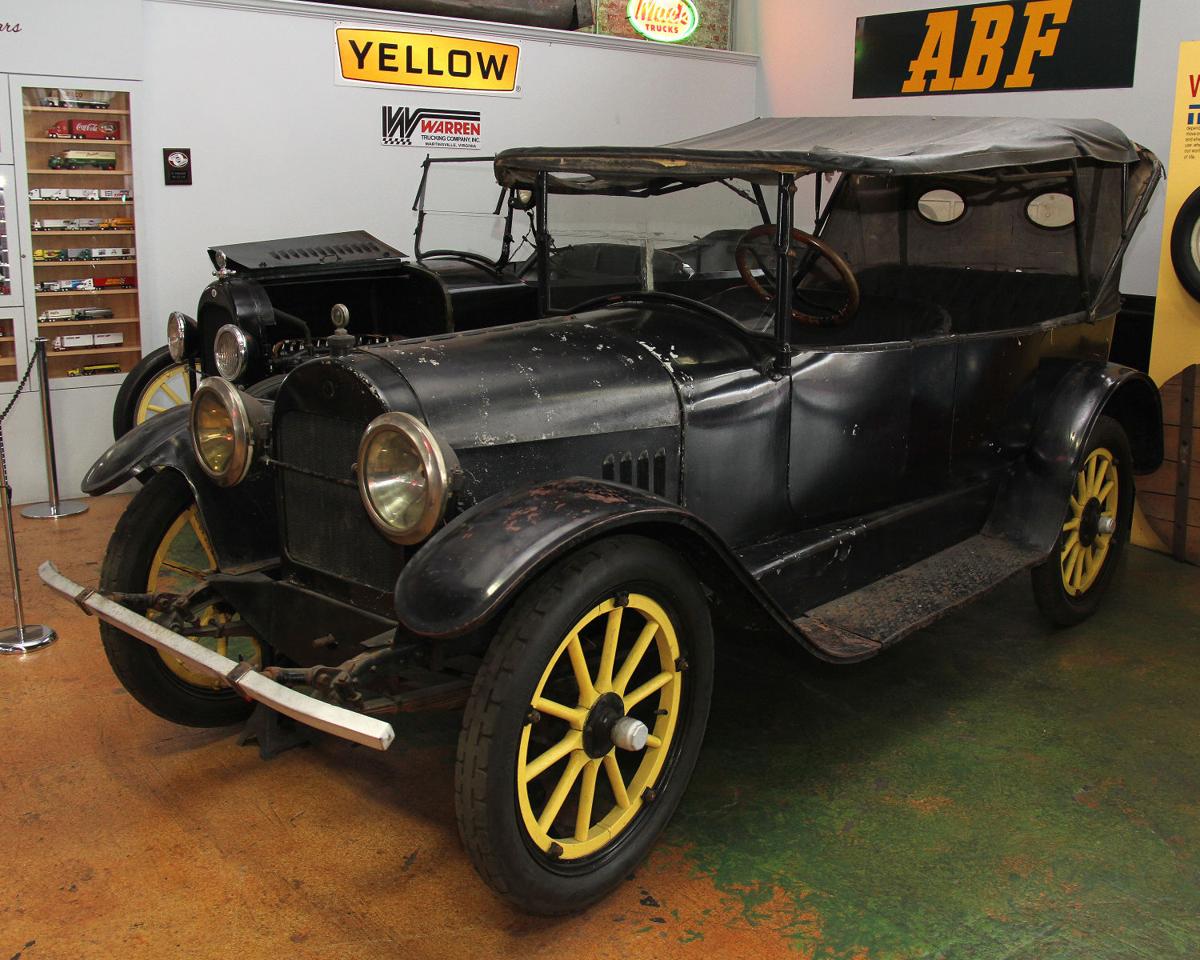 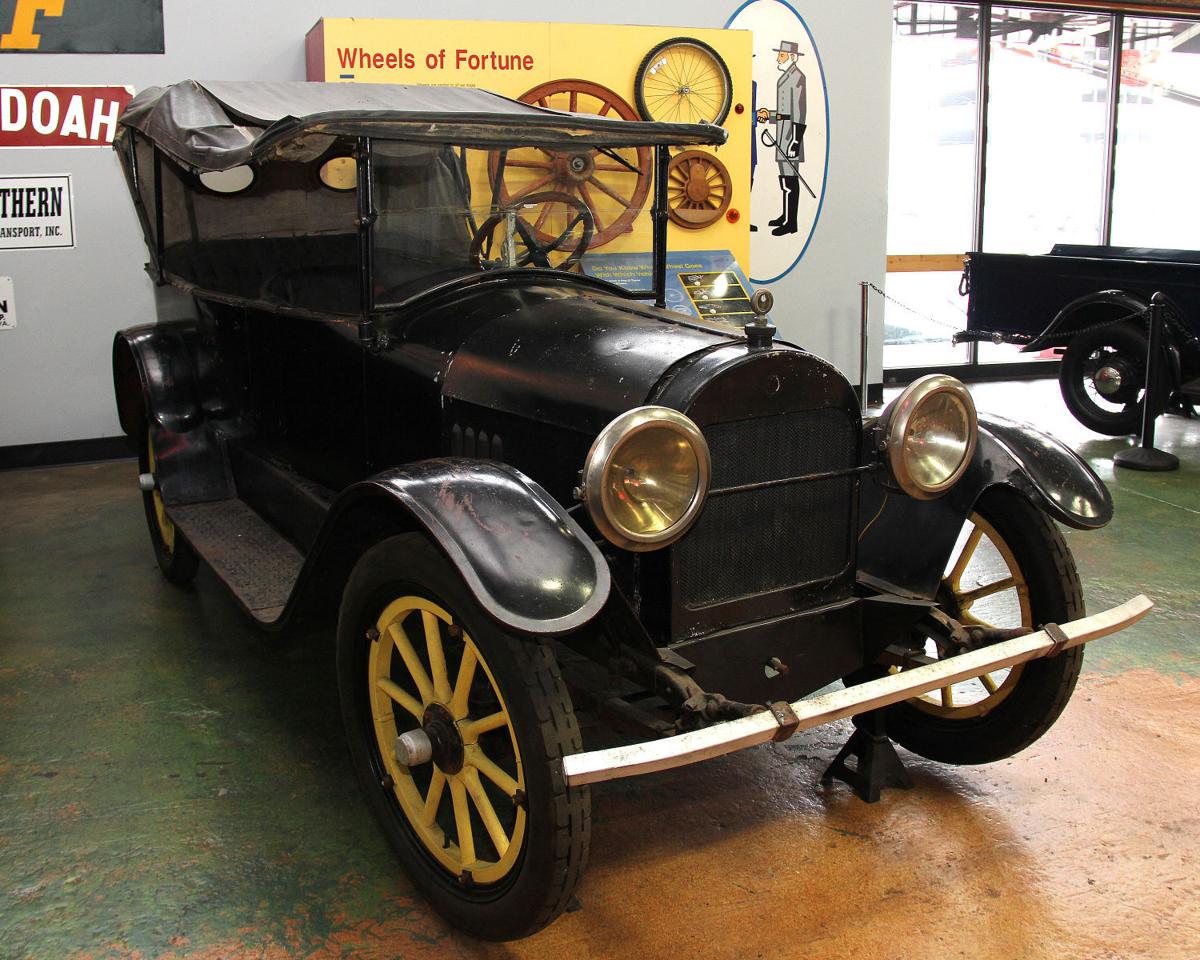 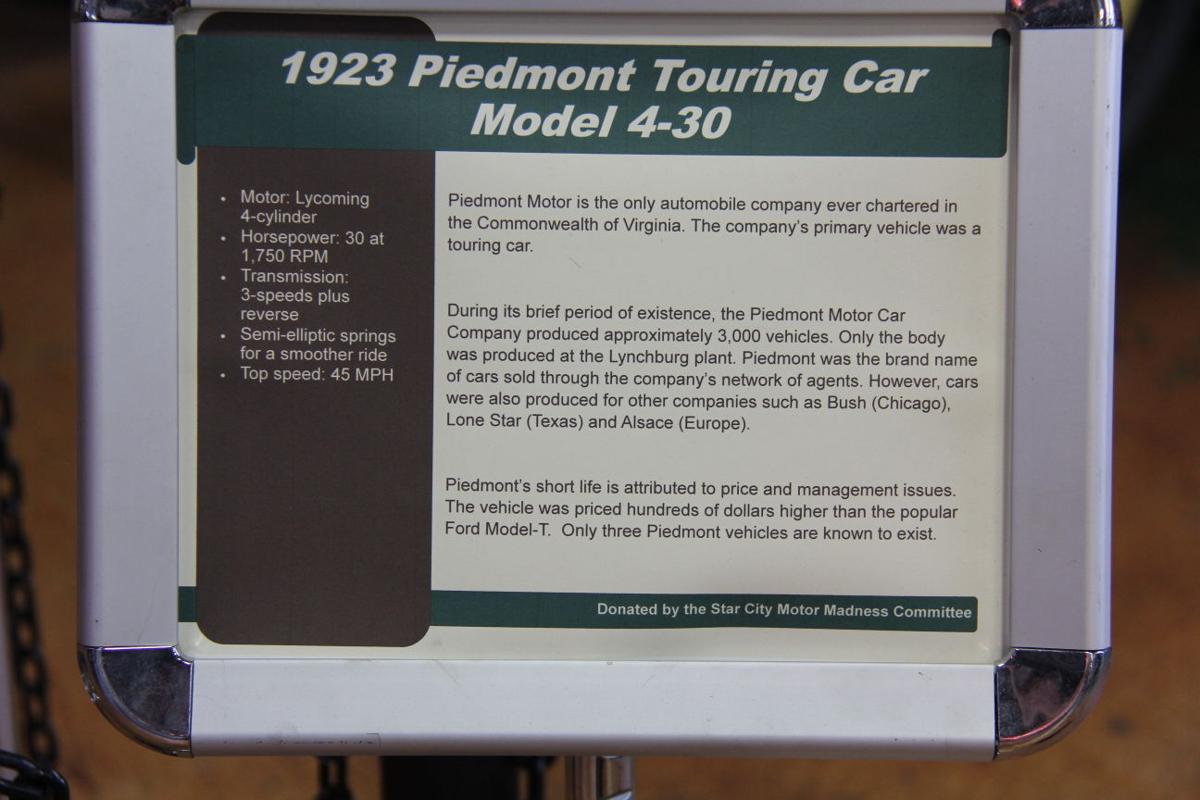 A post card, with winners of a Kline Kar which was given away as a Times-Dispatch promotion.

From the cover of a brochure for models of the Kline Kar.

My grandfather, who was born in 1883 and grew up on a farm, was in his 20s before he saw an automobile. When he died in 1970, the way people lived had changed more than in all previous centuries combined.

Indeed, as historian Ernest R. May noted: “No disaster, depression or war had as much of an effect on American manners and morals as did the automobile revolution.” And for a relatively short time, the revolution's front lines included Richmond and Virginia.

Mechanical-powered transportation had been around for nearly a century before automobiles — railroad locomotives, riverboats and other ships were powered by big, bulky steam engines. But not until the end of the 19th century did anyone figure out how to convert a horse-drawn buggy or wagon into a self-powered vehicle.

In Massachusetts, bicycle makers Charles and Frank Duryea produced a gas-powered motor wagon in 1893, and several years later near Detroit, Henry Ford road-tested his first Quadricycle, which was propelled by a 2-cylinder, 4-horsepower engine.

The automobile industry then began in earnest as many enthusiasts designed their own models and began to market their products — an automobile ad in 1898 in Scientific American even urged readers to “dispense with a horse.” By 1899, a dealership opened in New York City. A year later, the dozen or so auto companies in the country had turned out nearly 4,000 cars.

That figure changed only gradually for many years. Indeed, because of a number of factors, horses remained the chief mode of personal transportation for two more decades.

The country’s roads, which were predominantly dirt (or mud during rain), were not suited for cars. In 1910, there were 2 million miles of dirt roads compared with 150,000 miles of gravel roads. Paved roads were many years away, and a lack of road maps and signage made long-distance travel a guessing game.

In addition, the cost of car manufacturing — assembling parts, developing a skilled labor force — was high. That meant the final product was expensive, and with limited distribution networks, the early automobile was well beyond the reach of most Americans. They quickly became a symbol of wealth: In 1906, Virginia-born Woodrow Wilson, then president of Princeton University and a future U.S. president, termed the motorcar “a picture of arrogance and wealth.” Furthermore, he declared: “Nothing has spread socialistic feeling more than the use of the automobile.”

Despite Wilson’s warning, automobile manufacturing continued to grow in response to demand, mainly as a cottage industry. Cities in the Eastern states led the way, including several in Virginia. Almost anyone with mechanical skills could assemble available machine parts into a “horseless carriage.”

In Richmond in 1896, Wood & Meagher built a prototype gas-propelled motor carriage. In 1901, George Dawson, a machinist living in Waynesboro, made a steam-powered vehicle called the Dawson, a 2-cylinder runabout with a top speed of about 25 mph.

A year later, Richmond joined the automobile manufacturing game. R.W. Coffee & Sons, makers of heavy machinery, gas engines and transmission gears, developed a 1-cylinder, 12-horsepower touring car. Deemed worthy enough to compete against other nascent cars, Coffee & Sons entered its car in a 100-mile round-trip endurance test from New York City to South Port, Conn. The car was unable to finish the competition, but a New Yorker purchased it and used it as a taxi for years.

Coffee’s motorcar was a one-hit wonder, and although the company produced one more auto, the company ended car production after 1902 — though Cadillac ads in several 1903 editions of the Richmond Times-Dispatch included Coffee's endorsement.

Local car manufacturing ceased for a period, and in the meantime, several wealthy Richmond families rode about town in shiny new vehicles they purchased elsewhere. In those early days of the automobile, there was a prescribed etiquette to the road. Driving a car was a formal activity that people dressed up for. Usually butlers or other male house servants did most of the driving; at first women never drove because it was considered men’s work.

Cars also continued to fascinate the public. In August 1907, a parade of all vehicles in Richmond was scheduled for downtown, and the next day, the area's first auto races were scheduled for the state fairgrounds. The six-event meet was to feature some of the top machines in Virginia, and there were prizes — including a mahogany shaving stand and auto goggles.

In 1910 (when Virginia residents had registered about 2,700 motor vehicles), automobile manufacturing resumed when the Richmond Iron Works began producing the Virginian. Available in two models — one for four people, the other for seven — the car’s $3,000 price tag limited sales. By 1912, no more Virginians were produced at the plant on the Boulevard.

But another Virginia-made automobile emerged at that time as James Kline of Pennsylvania was persuaded by a group of businessmen to move his B.C.K. Motor Company to Richmond. He opened his plant on the Boulevard (at the present site of the Greyhound bus station) under the new name Kline Motor Car Corp. There he assembled cars with parts made mostly in Midwestern cities. From 1912 to 1923, he produced about 3,700 Kline Kars locally in a variety of models, most of which were expensive, priced from around $2,000 to $3,500.

Another manufacturing venture began in Virginia in 1917 with the opening of the Piedmont Motor Car Co. in Lynchburg. Over a half-decade, the enterprise made about 2,500 automobiles in four models, all of which sold at half the price of a Kline Kar.

But by 1923, fundamental changes in the auto industry doomed the roughly 1,000 or more car manufacturers in the United States, including Kline and Piedmont.

Production gradually centered in Detroit, led by Henry Ford. The city had a long-established wagon and carriage industry and made the comparatively easy transition to automobile manufacturing. In 1913, Ford introduced the moving assembly line technique that led to mass production using interchangeable parts. This method cut the time for making a car from more than 12 hours to roughly two. As a result, Ford ultimately was able to cut the base price of his Model T from nearly $1,000 to about $300.

Soon automobiles became affordable to many more people. No longer limited to the wealthy, a growing American middle class began buying Fords and other mass-manufactured cars in huge numbers. Automobile manufacturing soared from fewer than 2 million cars in 1921 to more than 4 million in 1929. No longer could automobiles such as a Kline Kar or a Piedmont compete with their less expensive and more reliable competitors.

Whether it was a Kline Kar or a Ford, automobiles transformed Virginia and the nation. The new industry directly and indirectly employed more than 3 million people. It also led to other jobs — for example, auto mechanics began to replace blacksmiths. Businesses and farms now used cars and trucks and found themselves at a distinct advantage over those that still relied on horses and mules.

With more cars in use, citizens insisted on better roads, and a Good Roads Movement pushed for improvements. As Virginia governor from 1926 to 1930, Harry F. Byrd Sr. orchestrated an unprecedented spate of road work, including having U.S. Route 1 paved. From 1918 to 1940, Virginia went from 4,000 miles of highway roads to 47,000, much of it under Byrd’s watch as the state's political kingpin.

Automobiles also transformed the look and layout of American communities. In addition to accelerating the growth of suburbs, they led to development of a nationwide interstate highway system, which benefited some areas while bypassing and diminishing others.

The improved highway network integrated Virginia’s economy more thoroughly than railroads had, and it vastly expanded interstate trade and commerce. The tourism industry emerged as an important component of Virginia's economy. And in a roundabout way, it empowered many Virginians, who were now free from the constraints of train, streetcar and bus schedules.

As one woman proclaimed years later: “It really wasn’t the vote that gave me independence — it was my car, as I was no longer confined to my home.”

Charles F. Bryan Jr., Ph.D., is president and CEO emeritus of the Virginia Historical Society, spent 30 years as a public historian and is managing partner at Bryan & Jordan Consulting.