The RTD’s Discover Richmond touches on history, people, food, culture, travel and more – the topics that help define our great city and region. Enjoy the journey! 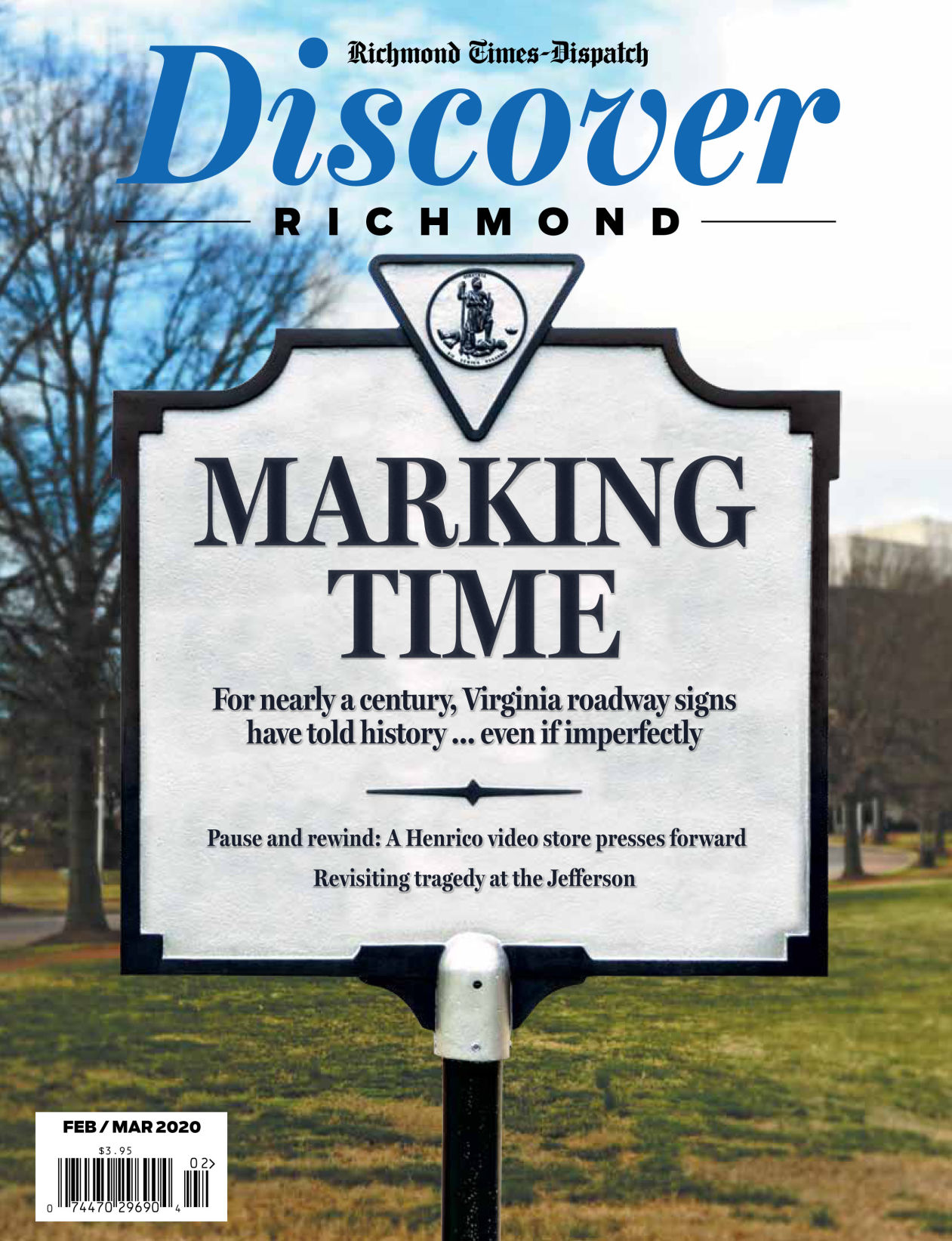 In the RTD’s new Discover Richmond magazine, we give you the ultimate driving lesson.

We take a close look at Virginia's roadside history markers, which have a grand history of their own. (Can you guess where the first marker went up nearly a century ago? It wasn't far from downtown Richmond ... though you won't see it today.)

* In 1923, Virginia faced a crossroads in its early transportation history – and the route it chose left an enormous legacy, both for Virginia government and the man who steered the path.

* Think the video store era is entirely gone? As Kevin O'Donnell says: "I tell people, 'Welcome to the museum.' " He owns KO Video, likely the last traditional video store in the Richmond area.

* Every winter, some issue or event comes to define the General Assembly. But in March 1944, the session was touched by tragedy: a deadly fire at The Jefferson Hotel, with some notable victims.

* We also touch on World War II heroism, plus suffrage. We find that Shakespeare really is for the birds, and houseplants are back. We get a gut feeling in the classroom. And in the kitchen, Irish eyes are smiling – and we raise a glass to a memorable can of beer.

Purchase a copy from our online store

In the Spotlight: 2020 Annual Guide

Out and about: great destinations and local history

Eat your heart out, Richmond: Savor a taste of local restaurants

2019 RTD Person of the Year Edition

Video: About the Person of the Year Program

Times-Dispatch 2019 People of the Year

Meet Meg Medina and Rodney Robinson, the 2019 RTD People of the Year

Kevin O'Donnell is special – the way the dodo was special.

'Chaos and mayhem ruled the night': the deadly Jefferson Hotel fire of 1944

"The Kingfish" was doing a little celebrating at The Jefferson Hotel.

What would Mickey Mouse have to say about slavery?

A shelluva story! Dig into these tasty tidbits about Virginia's famous peanuts

Here's the curious story of Richmond women rioting in the streets - for bread!

A complicated recipe: The inside dish on how Richmond restaurateurs make a menu

An appetite for longevity: The Half Way House in Chesterfield serves up a rich history

This isn't your typical restaurant.

Less familiar faces: Union agents in the heart of the Confederacy

See what? Go behind the scenes for these unexpected views of Richmond landmarks