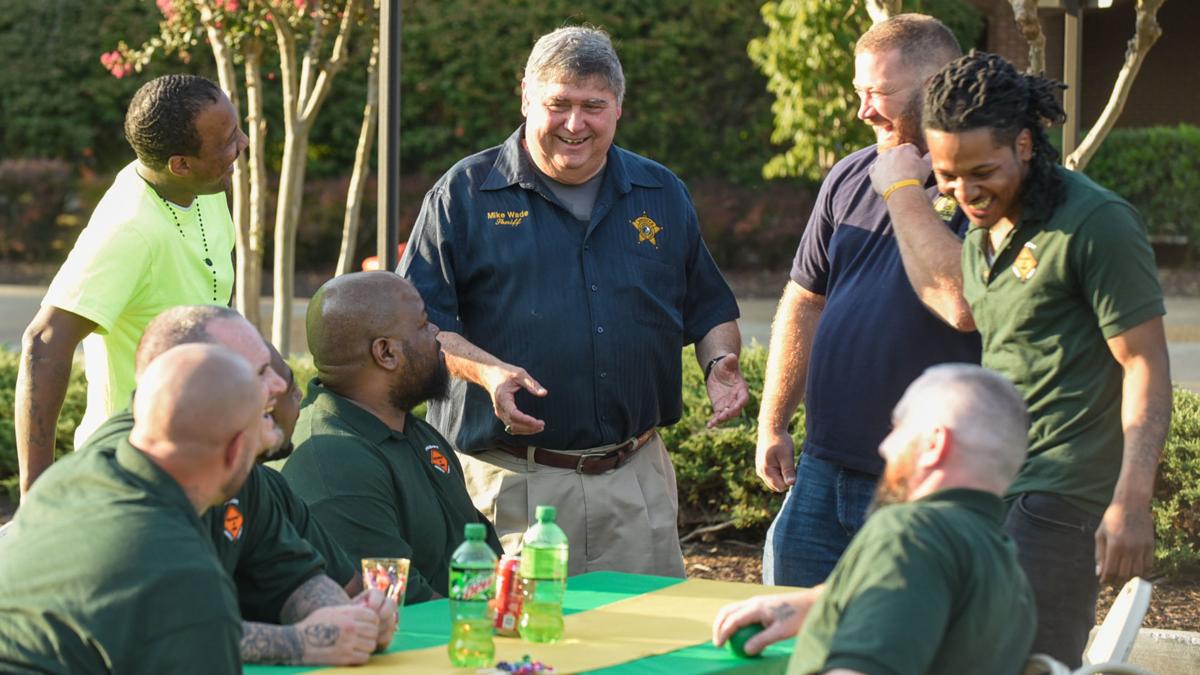 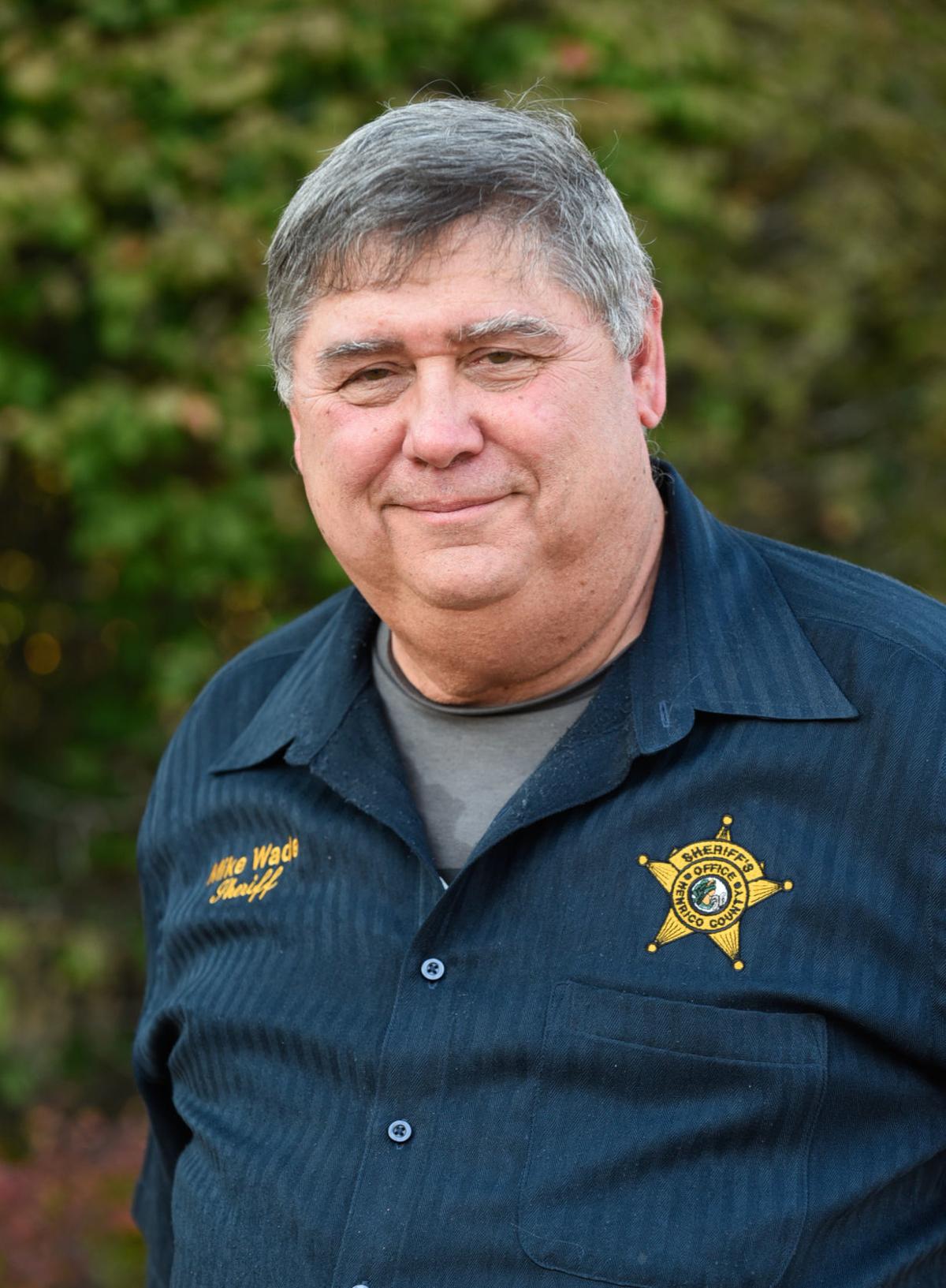 Mike Wade isn't flashy. With his low-key demeanor, you might think he's a process guy, a by-the-book guy. And you'd be right – to a degree.

But Wade also brought progressive thinking and creativity to his work as Henrico County sheriff. As he retired in 2019 after 20 years in the role – and 42 total in Henrico law enforcement – Wade's accomplishments might belie his straightforward nature.

"Mike is probably one of the most progressive sheriffs in the area," said Henrico Circuit Judge James Yoffy, who worked with Wade on a major opiate-recovery initiative. "He has a real compassion for inmates."

Wade, who has a master's degree in alcohol and drug abuse rehabilitation, is best-known for creating two acclaimed programs to treat inmate addictions and offer second chances.

RISE – Recovery in a Secured Environment – is a substance abuse program that operates out of Henrico Jail East in New Kent County. It has served more than 15,000 people since it started in the early months of Wade's administration.

In 2016, Wade initiated ORBIT – Opiate Recovery By Intensive Tracking – a four-phase program that aims to gradually get recovering addicts out from behind bars and into the workforce. ORBIT arose after Yoffy approached Wade about alternatives to sending defendants with drug addictions to prison, only to see them return after committing new offenses. (Early results are promising, as only a handful of re-arrests have been made among 69 program graduates by late summer.)

Elected in 1999, Wade credits part of his success as sheriff to his earlier work in Henrico's police force. He said his training as a command sergeant prepared him for managing one of the state's largest sheriff's offices.

"When you compete for the process in the police department, it makes you study a lot of policies and procedures, especially those related to human resources," Wade said. "I think it set me up really well to do things the right way."

In addition to caring for inmates, Wade oversaw many improvements in the county's jails and other department operations – including streamlining the booking process, separating juveniles from adults during processing, and improving the transfer system between jails and courtrooms. He established a Student Academy that offers part-time employment and college credit. And his tenure was largely absent of strife, which brought some stability to a department that previously faced public controversies.

Internally, Wade promoted the first African American deputies to top leadership positions – including undersheriff and chief deputy, the second- and third-highest ranking members of the force.

"I established a promotional process," he said. "Before I started here, the department just 'picked people.' "

For inmate medical care, Wade green-lighted the hiring of a full-time physician, a nurse practitioner and a nurse manager, and he introduced an electronic medical records system to keep track of inmate medications and schedules.

"He is known for his compassion for those entrusted to his care," said John Jones, executive director for the Virginia Sheriffs' Association, who has known Wade for more than two decades. "Mike’s history makes him uniquely qualified to understand issues and the needs of the citizens of Henrico – both inside the jail and those in need of services."

Jones added that many of Wade's ideas became law and influenced fellow sheriffs as well. That includes his take on the sensitive topic of immigration: To avoid certain inmates being held too long on state charges, Virginia lawmakers passed a Wade-conceived measure that allows federal immigration authorities to assume custody in a timely manner before any conflict with a state release date.

"Virginia is the only [state] that has that law," Wade said.

For Jones, it's evidence of Wade's legacy: "He's ... served his fellow sheriffs and citizens well."

IN HIS WORDS: MIKE WADE

In 1985, my father passed away after being sick for over a year. When we received his death certificate, the cause was listed as “alcoholic liver.” I became angry and was in complete denial that alcohol had ultimately taken his life.

The next semester at Virginia Commonwealth University, I took a class – Introduction to the Alcohol and Drug Education and Rehabilitation Program – that I thought would be an easy elective. One night in class, we were shown a video on the medical aspects of alcoholism, and I saw all the problems my father had exhibited. I left class that night with a new awareness that alcohol did cause his death.

The revelation made me want to learn more about alcoholism. I took a second class and then applied to graduate school. What I learned about alcohol and drug abuse changed my life, and I thank God for the doors that were opened for me to help others.

All eight of my great-grandparents are buried in the city of Richmond. My great-grandmother’s brother was Mark Finke, who was the city's director of public safety. That explains my family's interest in law enforcement.

What is your favorite TV program?

I enjoy the "Dragnet" shows from the 1960s. Looking at policing back then gives an indication of how much has changed – like the technology – and how much has remained the same. When I watch Joe and Bill talking to school parents about drugs and then attend a current-day presentation in a school, the only difference is the style of clothes.

Rutherford B. Hayes, 19th president of the United States. After office, Hayes became involved in prison reform. He was the first president of the American Correctional Association, and I was the 103rd. It would be interesting to discuss the issues in jails and prisons from his perspective and era and talk about the issues of today.

If you had to pick a different course of study, what would you choose?

I would like to travel to Ireland. I have an interest in genealogy and would like to visit the area my family came from. Everyone I know who has traveled to Ireland talks about how beautiful it is.

As sheriff, my role model was Andy Winston, the late Richmond sheriff. Andy was well-respected, known for his effective and efficient management of the Richmond jail. I met with him while I was running for sheriff in Henrico and listened to his wisdom about the job. He went with me to the first meeting with my predecessor and set me up for a smooth transition.

The most important advice he gave me was, "Listen to the inmates.” Over my career as sheriff, many problems were solved or prevented by listening.

Hanging on the wall in my office is my great-uncle Bernard’s .22-caliber rifle. I learned to shoot with this rifle. It reminds me of him every time I see it.

He was my grandfather figure and taught me many things. The most important thing I remember him telling me was, “Always look for the simple solution first, and then look to the harder ones.” Over the years, I solved many problems with a simple solution.

I would start with a tour of the Henrico jail, explaining all the issues people don’t realize. Then a drive through the Bellevue area where I grew up, talking about Richmond. We would visit Monument Avenue and discuss its issues. At Hollywood Cemetery, I would highlight its history and the historical figures buried there. Then a visit to St. John’s Church, the Virginia Capitol and a view of James River.

On Broad Street, I would talk about the Thalhimers and Miller & Rhoads department stores, riding the bus downtown, how trolley cars debuted here, and the train stations where my ancestors worked.

In Henrico, we would go to Richmond Raceway and talk about the Virginia State Fair. At Dabbs House, I would explain its history – including it being first police station I worked at.

We would have lunch at Apollo’s on West Broad Street because it is my lunch spot. For dinner, go to Hondo’s.

As we work to reform our criminal justice system, emphasis needs to be placed on reforming jails. Mental health and substance abuse treatment and education should be a priority for all inmates. Jails need to become part of the solution in criminal justice reform.

I attended VCU part time for 15 years, the last four in the Alcohol and Drug Education and Rehabilitation Program. I was the first police officer to attend the program, and I was not well-received. My motives were questioned, and there was always the concern that I was there to arrest people.

The very last class I attended, I was asked: “What was more important – being a police officer or a counselor?” I responded, “Being a police officer.” That got me a failing grade on my comprehensive exam, which was overturned on appeal. After 15 years at VCU, I received a letter saying I graduated by administrative discretion.

After being elected sheriff, I began to develop substance abuse programs in the jail and met with resistance from the security staff. I learned that looking at issues from a different view can be very productive and can make amazing changes happen.