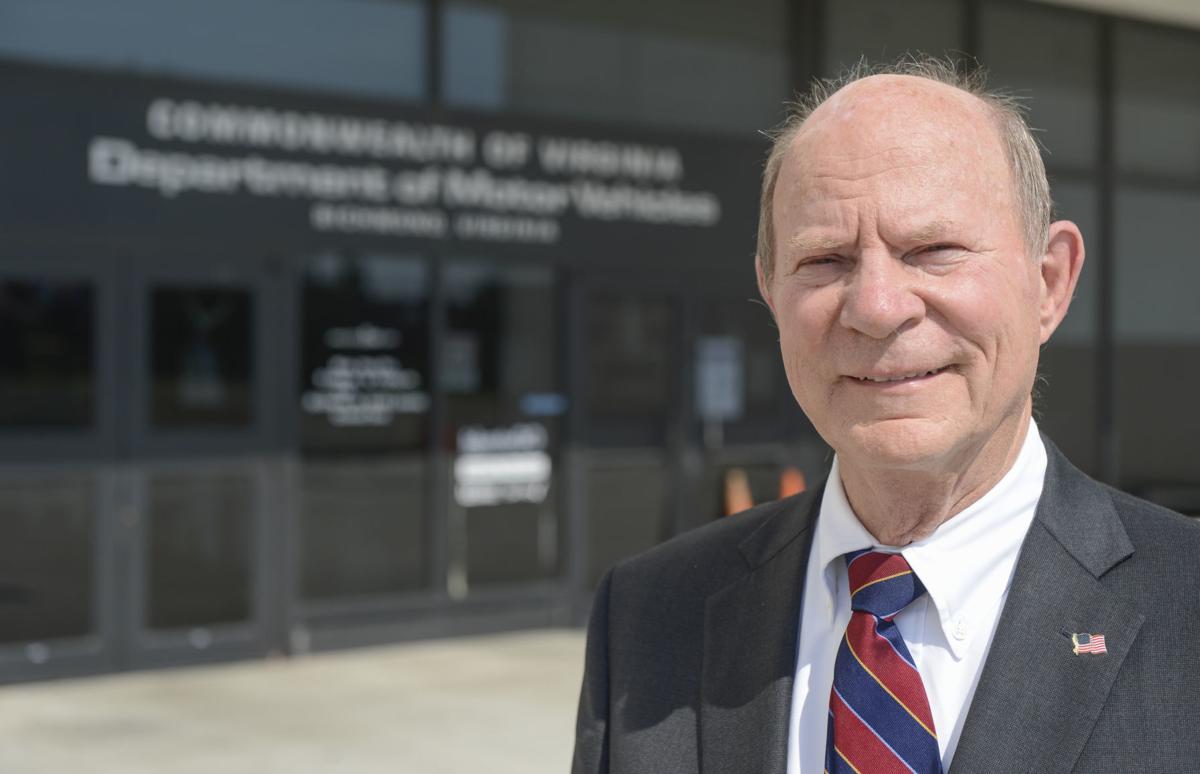 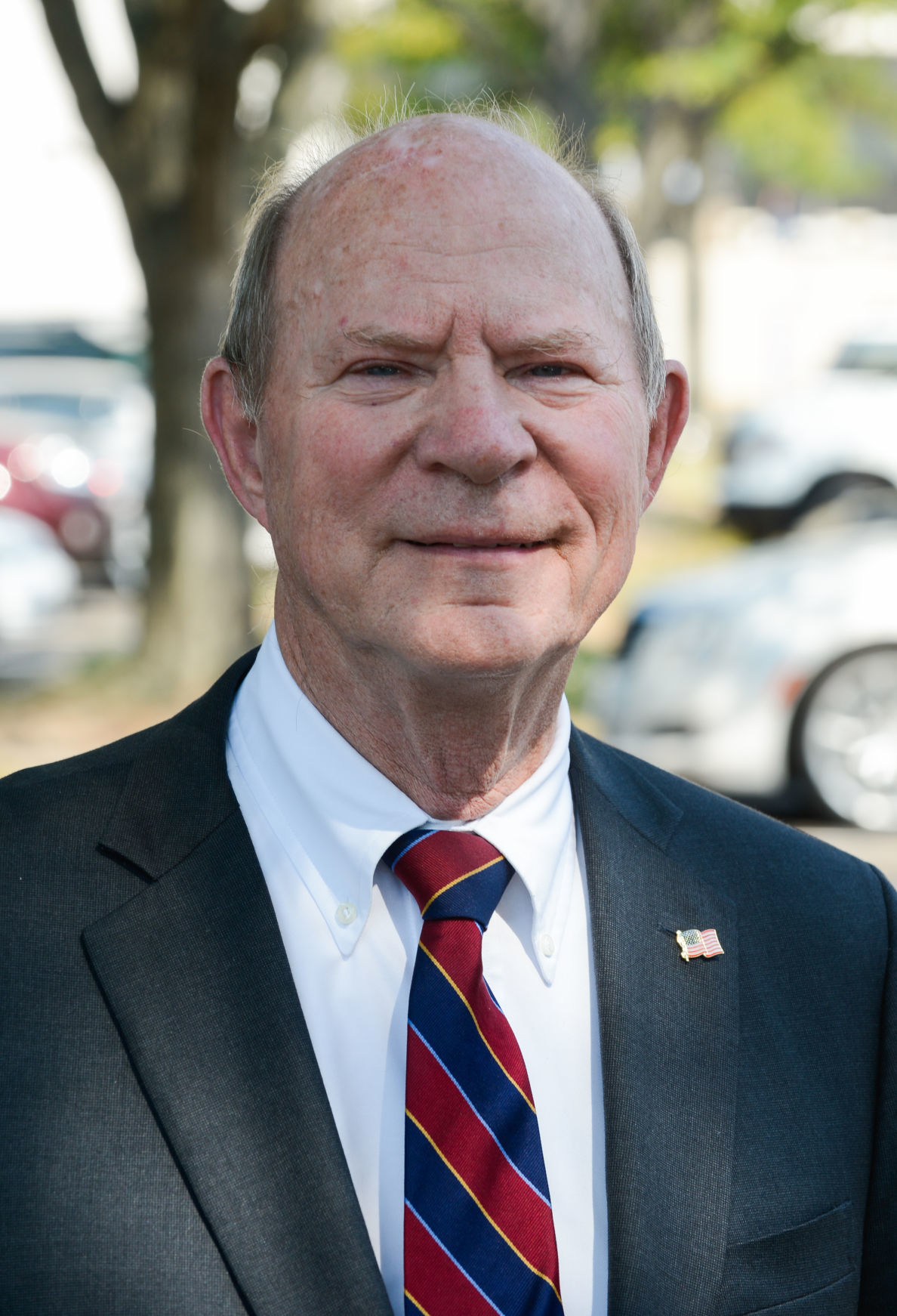 Much as his chiropractor-father did for 60 years, Randy Rollins straightens things out.

Rollins, however, is a lawyer. His work has steered him through the hushed offices of a high-dollar firm, the hurly-burly of state politics and the executive suite of a struggling textile giant.

But since 2007, Rollins has been a legal pioneer. He started Drive-To-Work, a first-in-Virginia nonprofit to help people get back their driver's licenses.

In 2019, Rollins marks not only his final year with Drive-To-Work – he retires in January 2020 – but one of his greatest accomplishments after a decade of lobbying: The General Assembly eliminated the suspension of driver's licenses solely because of unpaid court fines and fees. The move, though temporary at the moment, automatically restored license eligibility to more than 600,000 Virginians. And it improved the chances for many more whose suspensions are tied to other reasons.

"Fines and costs are the biggest reason people get their licenses suspended," Rollins said. "You don't lose your license if you don't pay your credit card bill or a hospital bill."

Many of those who lose their licenses are poor, without the money to erase their court debts. Some live in rural areas, where public transportation – if it exists – is no substitute for one's own vehicle. Large numbers are minorities: Three-quarters of Drive-To-Work's clients are African American.

If people who have run afoul of the law can drive, they can hold a job. That’s good for them, their families and their communities.

"It's not so much a social program," Rollins said of Drive-To-Work. "It's a job-readiness program."

This past summer, the state alerted thousands of Virginians that their privileges would be restored and that they would be spared from paying a reinstatement fee. But the provision lapses in June 2020, and the next legislature must decide whether to make permanent the interim measure.

Rollins, a low-key North Carolina native, came to Richmond in 1967 to practice at what is now legal giant McGuireWoods. The spark for Drive-To-Work came in 2006 when he helped one man get back his license.

The problem (ultimately solved): The man was a former felon living in Richmond, and he was a New York native born in a since-closed hospital – and who had never been issued a birth certificate.

Rollins said he found out there were a lot of people in the comparable situations about their licenses.

Over time, what had been an often-lonely cause for Rollins, a secretary of public safety under Gov. L. Douglas Wilder, caught on among anti-poverty and civil rights organizations, as well as politicians in both parties.

Ultimately, Gov. Ralph Northam bypassed legislative choke points by introducing a budget amendment that could more easily reach the floors of the House of Delegates and state Senate for votes by the full memberships.

"If you want someone to pay their fines and fees, how are they supposed to pay them if you can’t get to work?" Northam said during a summer visit to the Department of Motor Vehicles.

Since its launch 12 years ago, Drive-To-Work has served about 2,500 clients; each has paid the nonprofit a $250 fee that can climb based on required court appearances. The organization also offers license restoration seminars to offenders in the state correctional system who are nearing their release.

For Rollins, one of 10 Drive-To-Work employees, it can be slow, tedious work to take on an often-recalcitrant bureaucracy. A federal judge once labeled as "Kafkaesque" the complicated, time-consuming process of getting a license restored.

That's why Rollins came in. He straightened things out. And the effort means success can be that much sweeter, particularly for clients.

"It's important to do things," Rollins said of the spirit driving Drive-To-Work, "and not just be there."

IN HIS WORDS: RANDY ROLLINS

If you had to pick a different profession or course of study, what would you choose?

I would be a land surveyor. I am fascinated by maps and plats, and I love to locate their points on the ground.

I remember working with a surveyor several years ago as he identified a property line that was shown on a map but was never actually staked. He found his starting point in the middle of a mountain creek by identifying a 19th-century sluiceway. How unique!

I worked for the Morganton News Herald as a sports reporter during high school in North Carolina. “Randy’s Roundup” was my weekly column. My journalism interest led to an application to Washington and Lee University’s outstanding journalism program (though I went to Duke University instead).

At Duke, I ran for student body president – and lost.

I had a slogan: “Crisis, Change, Opportunity.” The loss brought humility, along with the strong motivation to move on to the next challenge. That slogan is a philosophy of life that I follow to this day.

I have an autographed baseball from the 2011 New York Yankees, with signatures of Derek Jeter, Alex Rodriguez, Mariano Rivera, manager Joe Girardi and others. It reminds me of trips to Yankee Stadium over many years, beginning with my dad in 1958 to see Mickey Mantle.

What is your TV program?

“Star Trek,” with Captain Kirk, Mr. Spock and "space ... the final frontier." When NBC canceled the program in 1969 after three years, I wrote the network – to no avail.

The series had adventure, a moral message, otherworldly cultures and great quotable scripts. “Beam me up, Scotty.”

Sam J. Ervin Jr., the former U.S. senator from North Carolina. Senator Ervin was from my hometown of Morganton, and I worked one summer for his son’s law firm.

During the Watergate hearings in 1973, Senator Ervin demonstrated respect for people and for the law. His colorful personality and plain-speaking ways gave credibility to those proceedings.

I would like to run a successful political campaign and serve in the U.S. Senate. While today’s Senate is clearly nonfunctional, its traditions and place in our history are without parallel.

High-level discussions, big issues, a deliberative process, working with many excellent people, making a difference – these are the situations and events I would love to be part of.

I would shadow former Secretary of State Henry Kissinger, the ultimate strategist and negotiator par excellence. As a strategist, he could plan and then carry out big policies. Then he used negotiating skills to achieve results.

Bringing people together in agreement is the measure of success. Compromise is a virtue, not a fault. These are characteristics I admire and try to practice – and was able to use in getting the one-gun-per-month bill passed when serving as state secretary of public safety for Governor Wilder. It’s fun and satisfying.

I'll simplify the day to two big things. We'd visit the American Civil War Museum, where it has been my honor to serve on the board of directors. The museum not only shares the history of the Civil War from all perspectives, but it's a remarkable tribute to a new generation of Richmonders who see their city and the future differently – and with optimism.

And we would go to Chimborazo Hill, to enjoy the outstanding view of our city.

Drive-To-Work sponsors an annual Second Chance Community Luncheon, which recognizes the success of our clients who have a second chance by getting back their driver’s licenses. We all make mistakes, and everyone deserves a second chance. How we handle that second chance makes all the difference.

As Sen. Mitch McConnell says: "There is no lesson in the second kick of a mule.”

My wife, Martha, is the founder of Boaz & Ruth, a faith-based community empowerment group. In 2006, a man in the program asked for help getting to his job – because he had no driver’s license. I volunteered to help, and I got him a restricted license.

I asked D.B. Smit, then the commissioner of the Department of Motor Vehicles, about how many other people had suspended licenses, and I was astounded: It was hundreds of thousands, or about 10% of all drivers, and DMV was overwhelmed with requests for help that it could not accommodate.

That was an inflection point for me. Not having a valid driver’s license is a significant barrier to employment – and the public was unaware of the problem. Even more concerning: No organization was doing anything about it. After consultations with my former McGuireWoods partners, including John Oakey, I decided to do something.

In March 2007, the nonprofit Drive-To-Work was incorporated, with a board including Richard Cullen (my former law partner and U.S. attorney) and Julien Patterson (former chairman of Omniplex World Services and of the Virginia Chamber of Commerce). Its mission was simple: Assist low-income and previously incarcerated persons to restore their driving privileges so they could drive to work and keep a job.

In its first 12 years, Drive-To-Work has provided assistance to nearly 2,500 individuals. It has suggested and advocated for more than 20 bills in the General Assembly, improving the opportunity to restore driver’s licenses while being consistent with public safety. In July 2019, these efforts culminated in the removal of license suspensions for unpaid court fines, which automatically restored license eligibility for more than 600,000 DMV customers and improved the records of an additional 300,000 whose licenses are still suspended for other reasons.

In addition, Drive-To-Work has provided seminars on “How To Get Your License Back” to several thousand offenders at the Department of Corrections. Through DTW Driving School, we have offered online and classroom courses for clients and many others.

Drive-To-Work has made a difference to many individuals and to Virginia at large. As for me, I am still searching for my “final frontier.”