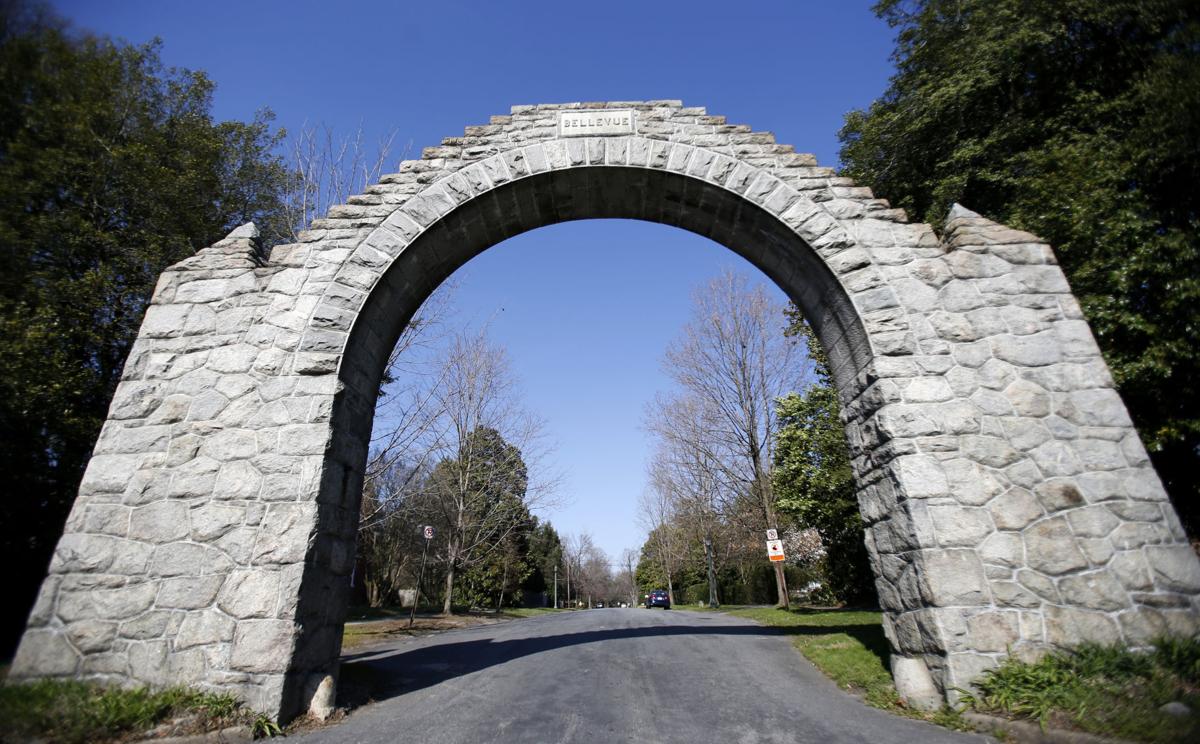 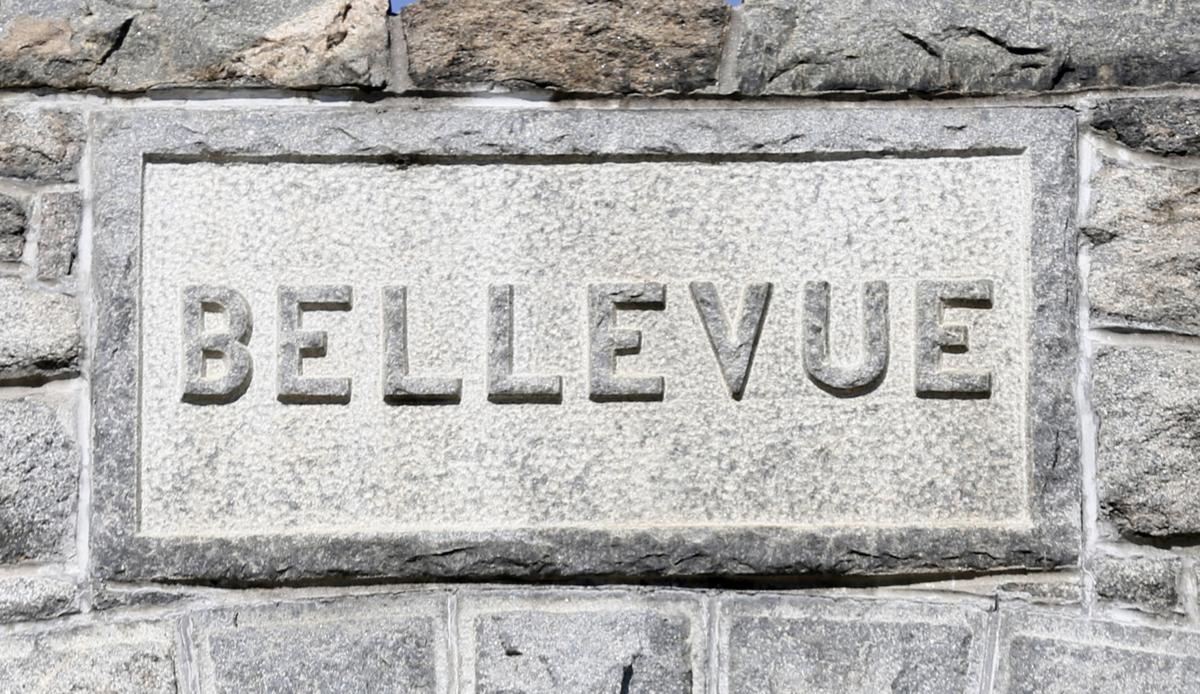 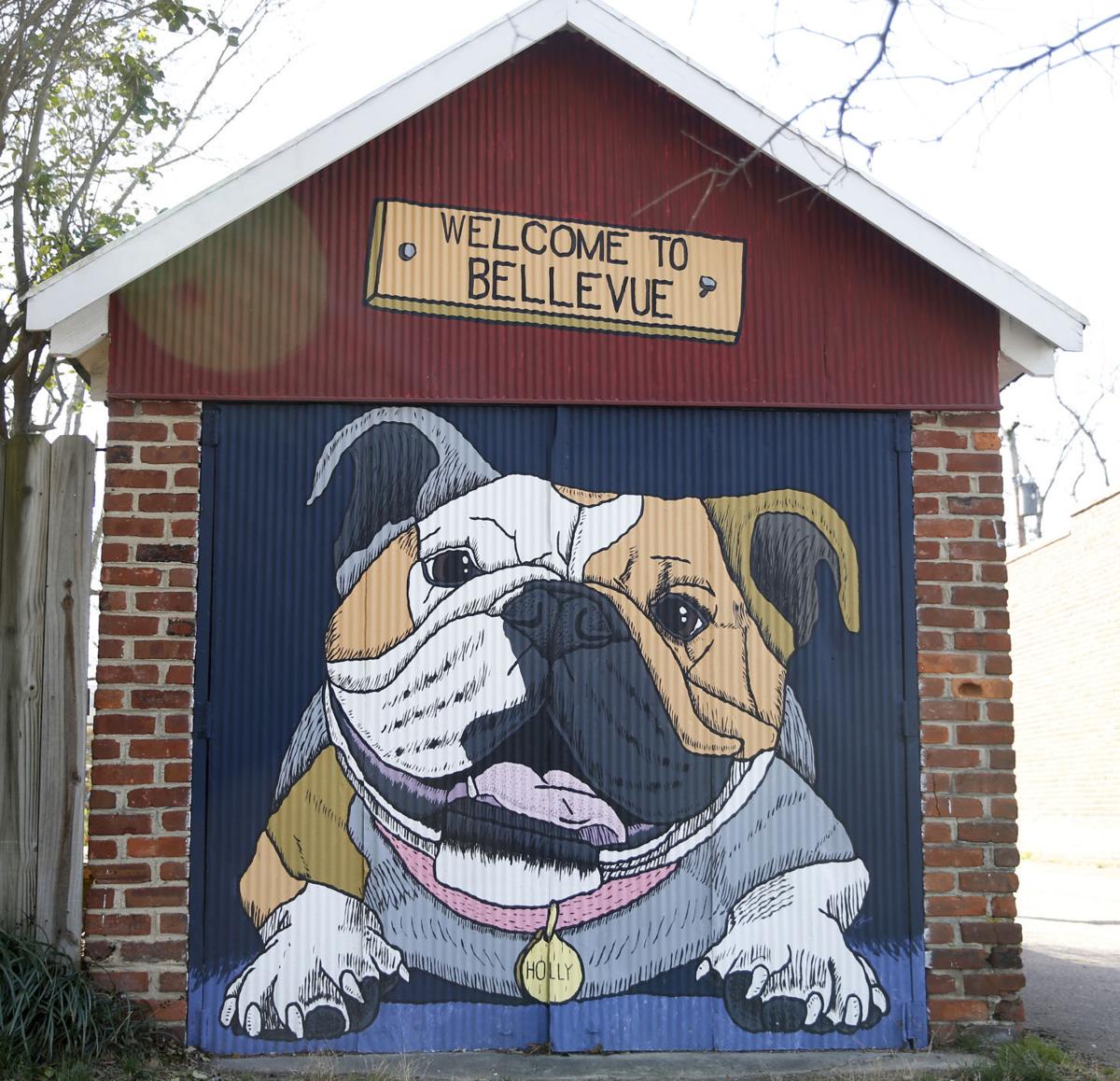 A painting in the Bellevue neighborhood 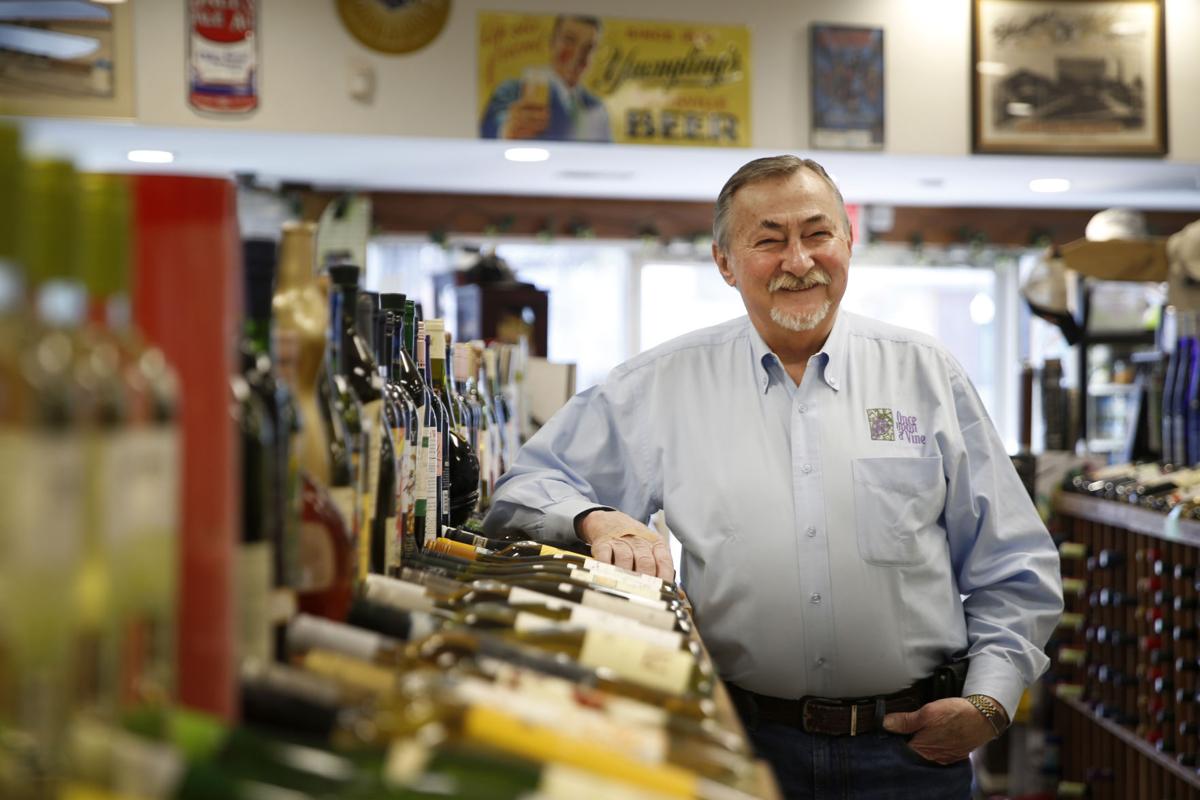 Bob Kocher, owner of Once Upon a Vine, a wine and beer store in Bellevue. 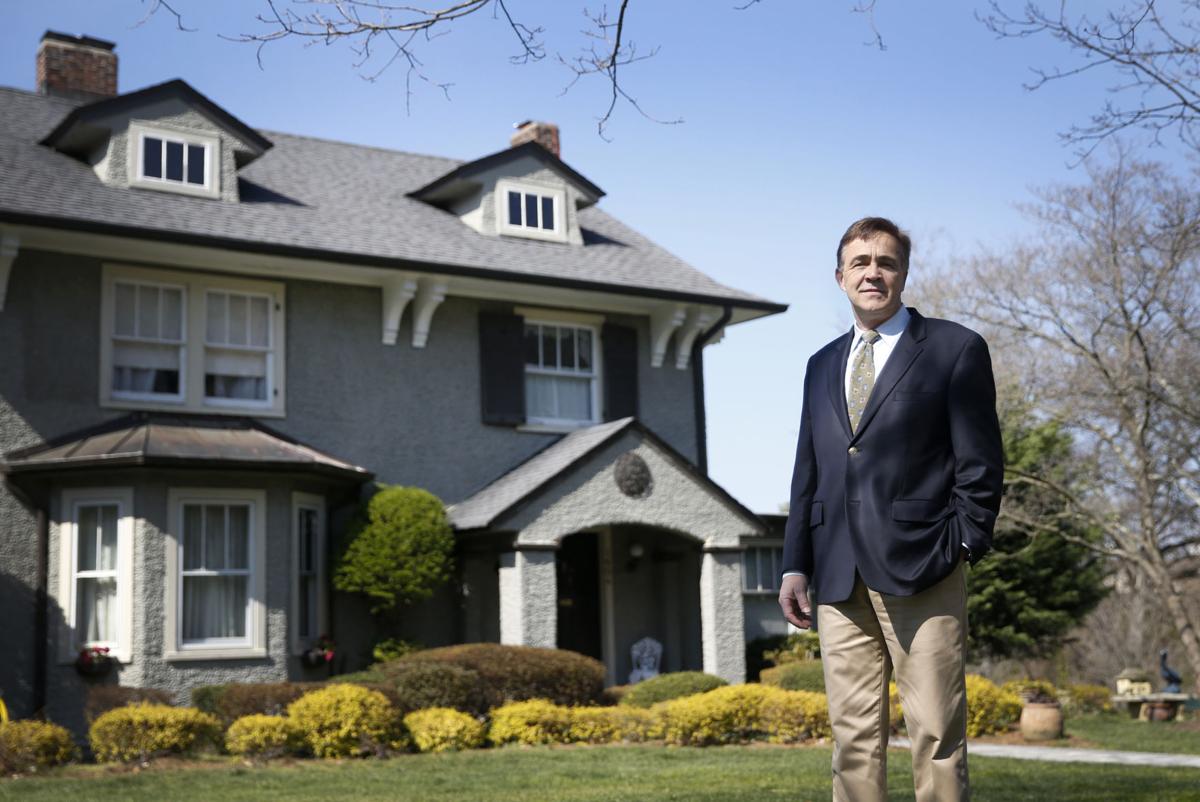 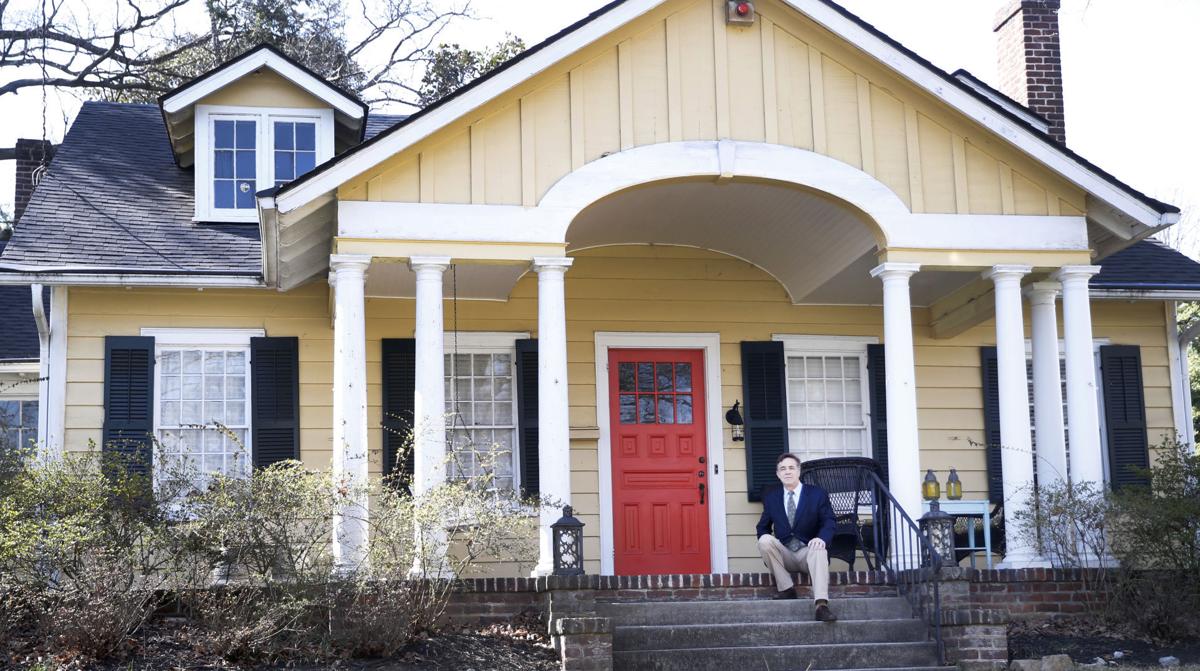 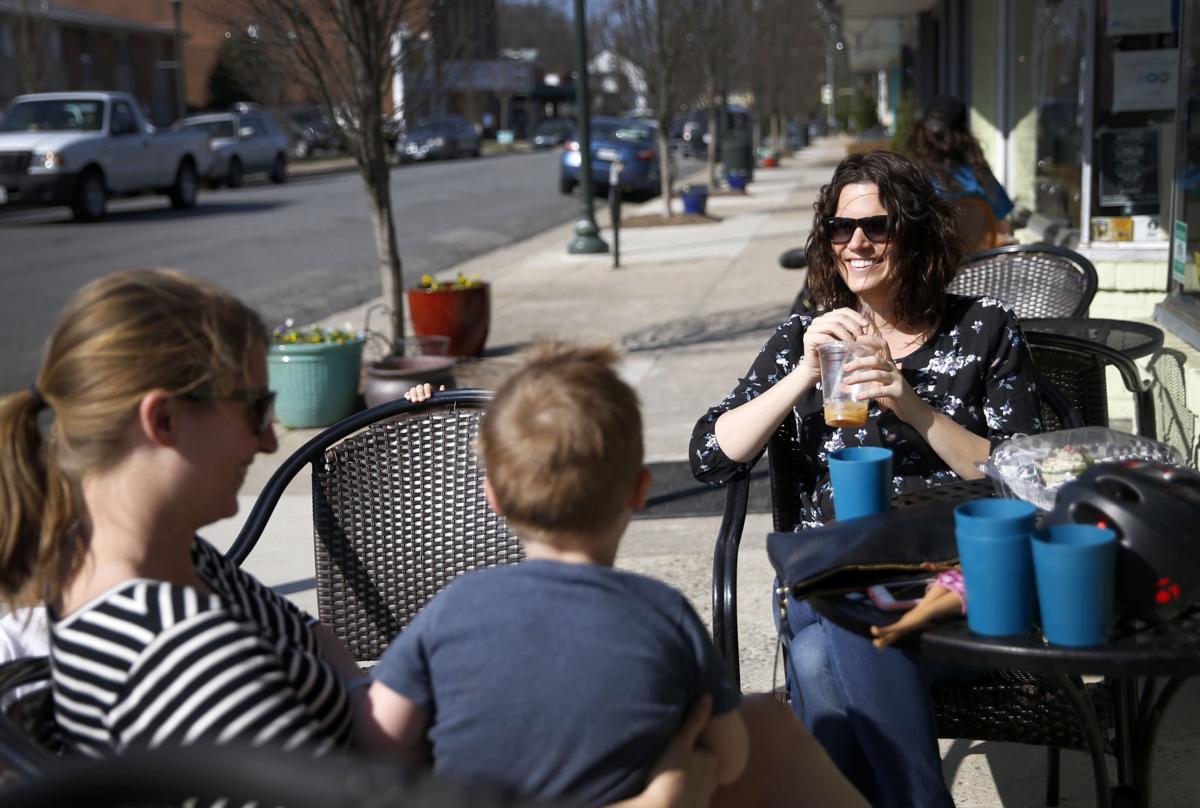 Kristin Tam enjoys coffee and the company of neighbor Lindsay Jones and Jones' son Rhys, 3, at Stir Crazy Cafe in the Bellevue neighborhood. 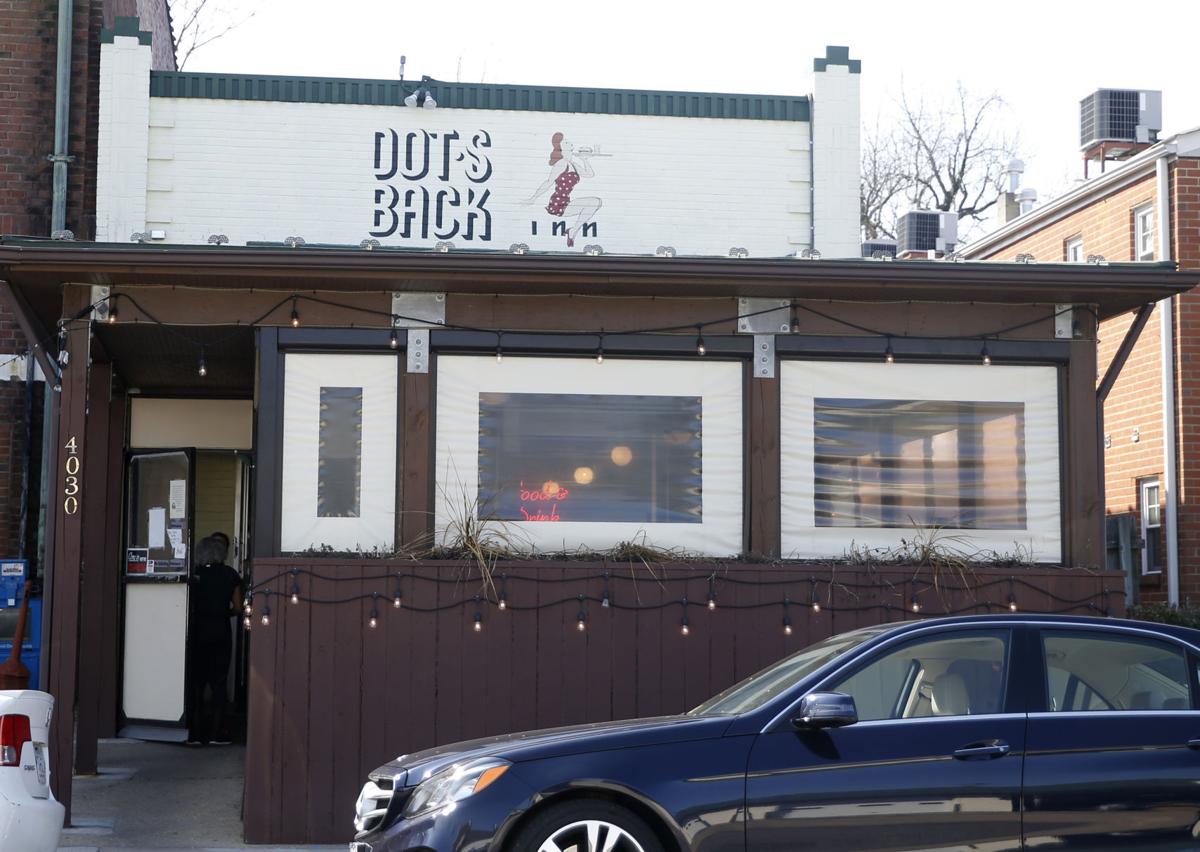 Dot's Back Inn on MacArthur Avenue in the Bellevue neighborhood

A painting in the Bellevue neighborhood

Bob Kocher, owner of Once Upon a Vine, a wine and beer store in Bellevue.

Kristin Tam enjoys coffee and the company of neighbor Lindsay Jones and Jones' son Rhys, 3, at Stir Crazy Cafe in the Bellevue neighborhood.

Dot's Back Inn on MacArthur Avenue in the Bellevue neighborhood

Kristin Tam didn’t know much about Richmond in 2010, when a teaching job lured her here from Washington.

Tam and her husband at the time were driving around looking for a house. They got lost ... and ended up in Bellevue.

“We’re going to live here,” Tam said upon first sight in the North Side neighborhood.

Indeed, Tam and her two children, ages 3 and 5, are now comfortably settled in a house on Newport Drive.

“It’s just a great neighborhood,” she said. “Everybody knows everybody, and everybody takes care of everybody else.”

Like a lot of Richmond, Bellevue has deep roots. But in a resurgent city known increasingly for its mix of past and present – history and hipness – the neighborhood has carved out its own space, one that lures residents and visitors. There's some Lewis Ginter, a bit of Douglas MacArthur, as well as chic echoes of Carytown and an eclectic vibe from its architecture and its people.

The history is pretty impressive. Ginter, the 19th-century tobacco entrepreneur, envisioned the area as a streetcar suburb of Richmond – he got the idea from the 1888 World’s Fair in Melbourne, Australia.

Business partner John Pope acquired the land that would become Bellevue. He purchased Westbrook plantation, which is now the site of the Westminster Canterbury retirement community, and he then bought Hickory Hills, a nearly 120-acre farm west of the current-day Brook Road.

Though streetcars were operating along Hermitage Road in 1896, Ginter and Pope died shortly thereafter, well before the property was fully developed. The neighboring Ginter Park community started to blossom in the subsequent decade, but development of Bellevue – which today consists of four original subdivisions (Brookdale, Bellevue Court, Monticello and Virginia Place) – stretched from the 1920s to the 1940s.

The community's iconic granite Bellevue Arch, erected in 1894 as a grand entrance to the area at Pope Avenue and Hermitage Road, is the area's defining feature from the past. But its hip retail charm is a lure from the present.

The 4000 block of MacArthur Avenue – previously known as Rappahannock Avenue but renamed in honor of the World War II Army general – is the social heartbeat of the community, where people walk their dogs, sip coffee and dine at restaurant tables along the sidewalk.

It wasn't always so vibrant. Bob Kocher said he took a chance on the area in 2004 with his Once Upon a Vine wine and beer store, which once was home to the MacArthur Theater and later an ice rink.

“When I opened in May 2004, there were eight unoccupied buildings along that street,” said Kocher, whose movie screenings in the parking lot tap into the roots of his location.

Kocher previously owned Price’s Market on Strawberry Street in the Fan District for 20 years, but he had to look elsewhere when the lease was not renewed.

He said a major bank turned down his request for a loan because it thought his new venture was too risky for the area. So he turned to private investors, who asked for a market analysis.

Kocher said he visited the area on the same day four weeks in a row to study the neighborhood. Each time, he walked 10 blocks in a different direction.

To the skeptical investors, "I told them I went on recycling day, and I checked the recycling bins to see if people were drinking good beer and wine or cheap beer and wine," Kocher said. "I got my loan that day."

Today, businesses occupy both sides of the street, including five restaurants, the Stir Crazy coffee shop and cafe, a small grocery store, a teahouse with a Little Free Library out front, a yoga studio, Morsels dessert shop, an auto repair garage and more. There also are a few apartment buildings on the block.

That mix of residential and retail, which has long been a selling point for the Fan and now for downtown, continues to be a lure for Bellevue, which enjoys a city-meets-suburb setting. And the neighborhood further shares its charm with visitors through springtime garden tours to a Christmas parade that can draw thousands.

Chris and Indre Seedle moved into the nearby Sherwood Park area in 2016 and took an immediate shine to the MacArthur strip, just a mile away. "It quickly became part of our weekend routine to take the dog for a walk through the amazing neighborhoods ... to get coffee or a sandwich at Stir Crazy or go to Sunday brunch at the Mill," Chris said.

Bellevue is bounded by Brook and Hermitage roads and Laburnum and Westbrook avenues, and its homes reflect a hodgepodge of architectural styles. Stately mansions line Hermitage Road. Colonial Revival and Tudors are prominent along the winding, tree-lined streets north of Bellevue Avenue. Bungalows and other smaller home styles are in abundance south of Bellevue Avenue.

The neighborhood has an elementary school and is close to the interstate and Bryan Park.

David Lydiard, president of the Bellevue Civic Association, is also a Realtor who specializes in the neighborhood, where he has lived since 1995.

Typical Bellevue homebuyers are couples in their 20s to late 30s, he said. Recently, more young singles are buying houses there.

Many of the young people came from the Fan, where they were students or renters but couldn't afford to buy there. Bellevue offers them a pedestrian-friendly city living experience for less. (The 2016 average sales price for a single-family house was $275,547, compared with $391,635 in the Fan, based on numbers from the Richmond Association of Realtors.)

Residents also have a second retail stretch nearby, just around the corner from MacArthur. The 1200 block of Bellevue Avenue, adjacent to Brook Road, includes a dry cleaners, a CVS pharmacy, a florist, an organic grocery store, an art studio and two popular restaurants: Northside Grille and Enoteca Sogno.

Back on MacArthur, Dot's Back Inn is the stalwart of the scene (including being featured on the Food Network's "Diners, Drive-Ins and Dives" show).

"MacArthur doesn't have the visibility of Bellevue, but it has (more) restaurants, and that's the draw," Lydiard said.

Cookie Giannini opened Dot's in 1990 and sold it to Jimmy Tsamouras about a decade ago. He and his wife, Daniella, opened a second MacArthur spot – Demi’s Mediterranean Kitchen – in January 2017.

The Mill on MacArthur, which opened in 2011 and offers sidewalk dining, is another well-known restaurant.

"One of the unique and wonderful things for us is the willingness of our customers to bike or walk to MacArthur Avenue," said Mill co-owner Amy Foxworthy. "It’s a really active neighborhood."

Noted Lydiard: "Part of the draw is people can live here and not have to get into their car to go out and eat. You put on a pair of flip-flops and walk to a restaurant."

Melody Wood and her husband, Ryland Hord, have been part of the community for nearly 30 years – but they are among the few who are leaving soon.

The couple, in their 60s and retired, have lived on Stanhope Avenue since 1988, when they relocated from the Fan.

They plan to move this fall to Monument Square, a condominium complex in Henrico County near Willow Lawn. Wood said she has mixed feelings about the move, but they want to get away from house maintenance.

“It won’t be as nice for walking and biking as Bellevue,” Wood said, nor will it be as dog-friendly.

“We’ve loved it here,” she said. “The houses are diverse, the sidewalks are nice. I love everything about living here – and the only thing I won’t miss is the city taxes.”