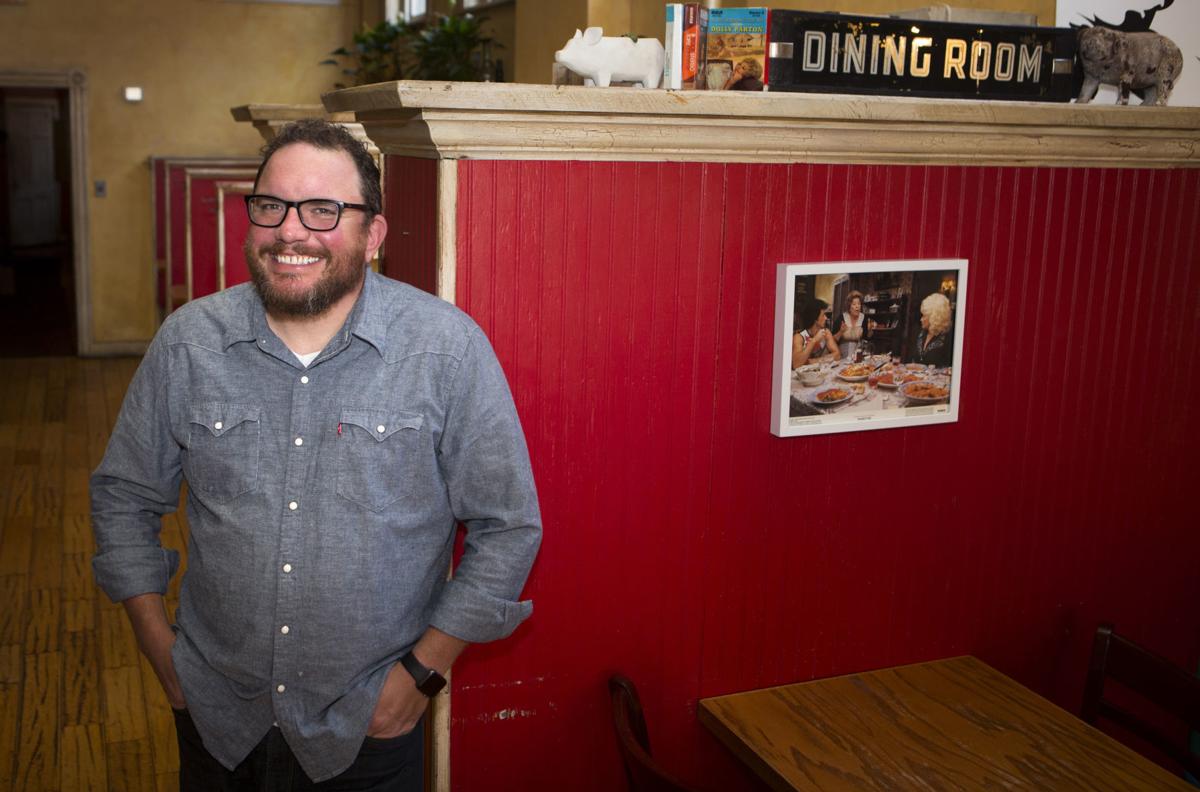 The fundraiser benefits FeedMore and No Kid Hungry, two groups that are near and dear to Jason Alley and company. 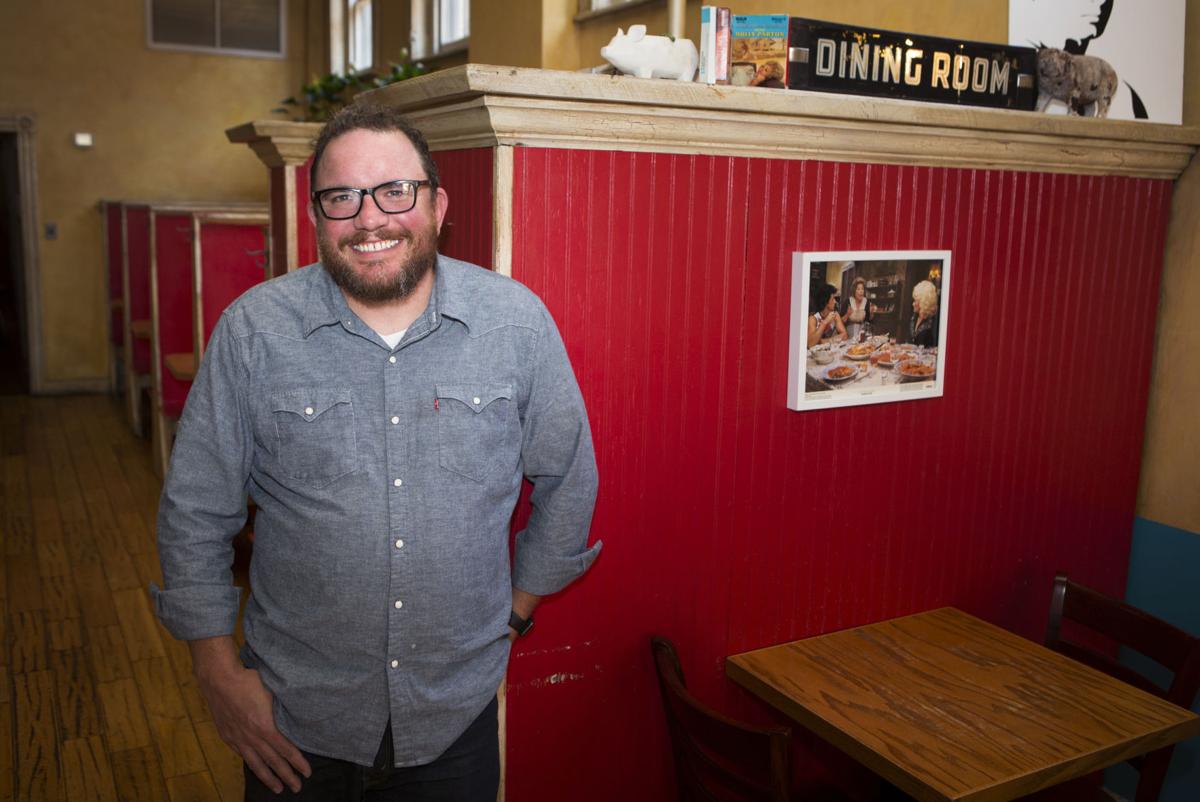 Jason Alley, chef-owner of Pasture and other restaurants, is a 2017 RTD Person of the Year honoree.

The fundraiser benefits FeedMore and No Kid Hungry, two groups that are near and dear to Jason Alley and company.

Jason Alley, chef-owner of Pasture and other restaurants, is a 2017 RTD Person of the Year honoree.

With national and international buzz, Richmond has become a food destination – and Jason Alley helped put it on the map.

In 2017, the chef and restaurateur celebrates the 15th anniversary of Comfort, his first local restaurant. Its elevated Southern fare wasn't the norm in town, and neither was the location. But both became notable markers in Richmond's culinary ascent.

Opening in 2002 in the old Blue Bottle location, at West Broad and Jefferson streets downtown, was a risk. Alley recalls Lemaire as the only nearby restaurant open after 5 p.m., but on this gritty stretch of Broad, rent was cheap and space was vacant.

“It was very different back then," Alley said, "and to watch what that neighborhood has become over the past 15 years has been incredible."

And then there's the food. In 2002, when Alley and then-partner Chris Chandler opened Comfort, there weren't many chef-owned restaurants in town, nor did they feature fine Southern dining.

“We got into the Southern food game early, when people were realizing it was a vibrant and important cuisine,” Alley said.

He has since opened more restaurants, and he has harnessed his culinary power and magnetic personality to bring prominent chefs from around the country to town for big food events. More notably, he paved the way for what Richmond has become locally: a city where restaurants express creativity through their menus and locations.

“Jason made it OK to open up restaurants in different neighborhoods,” said Lee Gregory, chef and co-owner of The Roosevelt and co-chef and co-owner of Southbound. “He is the great example that if you work hard, you can get past a lot of stuff and make things right. He’s not one of the guys that came up through the greatest kitchens in the world. He just made it work for himself, and there is something to be said about that.”

Alley's footprint has continued to expand. He and Michele Jones opened Pasture in December 2011 downtown (and she later became his partner at Comfort). In March 2017 in the Fan District, he opened Flora with Jones and Jay Bayer, co-owner of Saison and Saison Market. And in spring 2018, the three plan to open Bingo, an arcade-brewpub-eatery in Scott’s Addition. Alley even launched the Paulie as a seasonal lunch pop-up at Comfort.

“I’m not good with boredom,” he said with a laugh.

Alley remains connected to his roots, which inform his commitment to the community. He was raised in Dublin, a town in Pulaski County, and his youth was marked by food insecurity.

"There was real emotion assigned to” food, he said. “It’s a really weird thing for me, because we grew up food-insecure."

Alley is training for the 300-mile Chefs Cycle charity bike ride in California in May 2018, which will benefit the No Kid Hungry campaign. Locally, he has been involved with FeedMore for years, with proceeds from his annual Off Broad Appétit dinner going to the hunger-relief organization.

"I try to bring as much attention to childhood hunger as I can," Alley said. "It’s hard to relate to this issue sometimes if you haven't experienced hunger, but if you have, it leaves a lasting impression for sure."

Business partner Jones has gotten Alley and Comfort involved in other causes as well, such as supporting George W. Carver Elementary School and feeding foster kids during the holidays through Connecting Hearts in Virginia.

“That kind of caring has helped build a lot of the camaraderie and goodwill in town,” said fellow chef Gregory, who adds that Alley's impact is felt far and wide in the industry.

“I can’t tell you how many out-of-town events from New York from Miami I’ve done, and how many people ask, 'How is Jason Alley?' " Gregory said. "You couldn’t ask for a better person to be out on the road, talking about Richmond and Virginia.”

IN HIS WORDS: JASON ALLEY

John and Peter Delmonico. These brothers opened America’s first full-service, fine-dining restaurant, and they fed some of the world’s great historical figures. Mark Twain, Charles Dickens, Abraham Lincoln and more ate with these two, and in the early 1800s, they operated a farm in Brooklyn to service the restaurant’s needs. That’s some early farm-to-table right there. I just can’t imagine how amazing it would be to dine on old-school classics and hear the stories that these Swiss immigrants could tell.

If you had to pick a different profession or course of study, what would you choose?

I went to college with the intention of studying law, and I sometimes really regret not following through on that path. The opportunity to help those in need, and stay seriously mentally stimulated, is available in the restaurant industry, for sure. But law would allow me to do those things in a different fashion.

What is something about yourself that might come as a surprise to others?

I sang in choir from sixth grade all the way through high school. Tenor 1.

The first time I performed in front of a large group of people, I was 10. I was an extra in a local outdoor drama in Radford, and while I did a whole lot of nothing on that stage (other than to not fall off of it), I feel like it was a first real step toward living what has become a very public life. In the restaurant business, as well as in my infrequent rock ‘n’ roll shows, the experience is really about the performance. Maybe that night I caught the bug, maybe it was completely unrelated. But it has stayed with me for quite some time.

I have closed two restaurants, and although it is a process that I wouldn’t wish on anyone, you are forced to dive deep into your own resilience. The emotional and financial wreckage can seem impossible to overcome, and while difficult, there are always lessons to be learned from it. Shining a light on one’s shortcomings is always enlightening.

Travel to Europe. I have had the good fortune to travel to Mexico and Canada for work, but those are the only times I’ve left the country. I need to get on that!

What is your favorite album?

“Born to Run,” by Bruce Springsteen. The musicianship, production and songwriting here are unmatched. People much smarter than I am have written extensively on the subject, but the emotion that cuts through on this record always hit home for me. And it’s just great.

Stephen Gerike, the marketing and innovation director for the National Pork Board. Stephen has become such a dear friend to me over the years, and there is no one I respect more. He has lived a thousand lives, from commercial fisherman off the shores of New Jersey as a teenager, to chef, to meat scientist, and he has lived them all well. Stephen is a relationship-builder of the highest order, and when I think of the type of person, both professional and personal, that I would like to be, I look no further than him.

What is your favorite thing about the Richmond region?

There really is so much to love. The recent increase in downtown development has been such a welcome change to the area. I feel like in the not-too-distant past, the surrounding areas and proximity to other places brought people to Richmond. Now, we are truly the attraction.

My greatest strength is the ability to build relationships and, hopefully, make people feel at ease. It is the most important thing in a manager/owner’s arsenal, because without solid relationships, you have no foundation on which to build. My weaknesses are multitudinous, but I would say my resistance to change can be a real problem. When something is not working, it is so important to be able to recognize it and be nimble enough to react. I tend to dig in too much.

You are not an island. The people around you are the most important influencers in your life. To not take them in to consideration when you are making decisions can be catastrophic. That being said, there is also such comfort in knowing that you are not alone in the world. If you can recognize the importance of people in your life, your chances of a whole and meaningful life increase dramatically.

Comfort, a popular restaurant in downtown Richmond, will change its business model as of Thursday so that all of its net proceeds go toward fi…