Please support local journalism by becoming a digital subscriber or adding digital to your newspaper subscription. If you’re already a subscriber, click below to continue.

What appears to have been a false alarm of an active shooter prompted a search of Moody Middle School on Monday that found no shooting had occurred and no students were injured, according to Henrico County officials.

“All students are safe,” school system spokesman Andy Jenks said in a note to the Moody Middle School community after the noontime scare.

Classroom instruction resumed “under a ‘lock and teach’” condition around 1:30 p.m.

Around noon, Henrico police received a 911 text message reporting an active shooter. Its source was still being investigated, but police said they had identified a person of interest. Police Lt. Matt Pecka said he couldn’t comment further, as investigators were still looking into the matter “into the evening hours.”

“Preliminary investigation reveals that this is a false call,” Pecka said. “Unfortunately, it does prompt a large presence of first responders. But it’s ultimately what we’re trained to do.”

Students remained in their classrooms while police conducted their door-to-door search of the school.

“Our main goal is that everyone gets home safe,” said Pecka, adding that the department takes these incidents “very seriously.”

“We can say confidently, once again, that there was never an ‘active shooter’ on the premises,” Doss said. She added that the school will have an additional police presence Tuesday and counselors to provide support.

At 12:05 p.m., the police department’s Twitter account sent an automated tweet saying police were responding to a report of an active shooter around the 7800 block of Woodman Road. That’s the block where the school is located. Twenty-one minutes later, a department spokesman tweeted that “police are on scene and there are NO reported injuries. Henrico police continued to clear the school to ensure everyone’s safety.”

Further updates flowed directly from both the police and schools spokesmen throughout the incident.

The police department’s Twitter account has a bot that scans its active-calls log and automatically tweets priority 1 incidents — those are calls where police respond with lights and sirens on, like incidents involving an active shooter. Police said it’s important to keep the community informed, especially when people may see a heavy police presence at a location.

These auto-tweets began around the same time the region’s police departments encrypted their scanners, no longer allowing residents or the media to listen in, and created separate automated lists of active emergency calls.

Hopewell police are investigating the death of a city man who was found shot Sunday inside his home.

Police and paramedics responded at 8:26 p.m. on a report of shots fired and a disturbance in the 300 block of Ramsey Avenue, said Lt. Michael Langford in a news release. They found a man with life-threatening injuries in a residence. Paramedics administered medical treatment, but the man died at the scene, Langford said.

The victim was identified as Christopher Shawn Barron, 46, of Hopewell. His death is Hopewell’s second homicide of the year and the second in four days.

On Wednesday, police responded to the 100 block of Brooklawn Avenue on a report of a person suffering from a gunshot wound. A man was located with life-threatening injuries and pronounced dead at the scene.

The victim in that case was identified as Jimmy Darrelle Beverly, 49, of Hopewell.

Anyone with information about either killing can call lead detective Keith Krueger at (804) 541-2284 or Hopewell/Prince George Crime Solvers at (804) 541-2202. Tips can also be submitted using the P3 Tips mobile app.

Pick 3, Pick 4 and Cash 5 numbers are drawn twice a day. Cash 4 Life is drawn daily. Mega Millions is drawn Tuesdays and Fridays. Bank a Million and Powerball are drawn Wednesdays and Saturdays.

Sundays in The Times-Dispatch - Kid Scoop

Packed with games, puzzles and kid-tailored news stories, kids love to read their page in the paper. Look for Kid Scoop Weekly in the Sunday edition of the Richmond Times-Dispatch.

NOW ON SALE - WE’RE ALL PART OF GREATER RICHMOND HISTORY

Due to the overwhelming popularity of our two previous pictorial history books, the Richmond Times-Dispatch is proud to announce its partnership with Chesterfield Historical Society of Virginia, Virginia Commonwealth University, Virginia Union University, The Valentine and our readers on the newest addition to our “Richmond Memories” series, “Richmond Memories III: Hidden Treasures from the 1800s through Today.”

Chesterfield County police have identified a pedestrian who was struck and killed along Hull Street Road on Sunday morning.

Police said Jeffery W. Grantham, 53, was attempting to cross the road in the 7200 block of Hull Street Road at about 5:49 a.m. when he was hit by a 2015 Nissan Altima heading west.

Grantham, of the 7300 block of Hull Street Road, was pronounced dead at the scene. The driver of the Nissan was treated for non-life-threatening injuries.

Fresh off being crowned Miss America, Camille Schrier came back to the Richmond area Tuesday to lead a science experiment for girls at Mad Science in Glen Allen. Schrier, who was also crowned Miss Virginia, is in the process of obtaining a Doctor of Pharmacy degree from Virginia Commonwealth University. She presented a chemistry demonstration at the Miss America competition in December to win the top prize.

Fresh off being crowned Miss America, Camille Schrier is set to return to the Richmond area this week on her Southern Virginia Road Trip.

The 24-year-old is in the process of obtaining a doctor of pharmacy degree from Virginia Commonwealth University.

She wowed at the Miss America pageant in December when, dressed in a lab coat, she presented a colorful chemistry demonstration of the catalytic decomposition of hydrogen peroxide.

Schrier will visit Mad Science RVA in Glen Allen on Tuesday, followed by the Science Museum of Virginia and the Children’s Hospital of Richmond at VCU on Wednesday. All events are closed to the public.

First up, Schrier will visit Mad Science RVA, where she will conduct experiments with the students. Mad Science RVA offers after-school science classes and camps to kids.

On Wednesday, Schrier will visit the Science Museum in the morning, where she will meet with fourth-graders from Carver Elementary School who are visiting as part of a Blue Sky Fund excursion. She will present her now-famous, multicolored, growing-foam “elephant toothpaste” demonstration.

Next, she will visit patients at the children’s hospital.

While on campus, she will speak about her social impact initiative, “Mind Your Meds: Drug Safety and Abuse Prevention from Pediatrics to Geriatrics,” to VCU students, faculty and staff. She plans to spend her Miss America term helping reduce opioid abuse and medication errors, and highlighting the importance of taking medications correctly.

Schrier has said she hopes to “break stereotypes about what it means to be a Miss America in 2020” by being a “woman of science.” 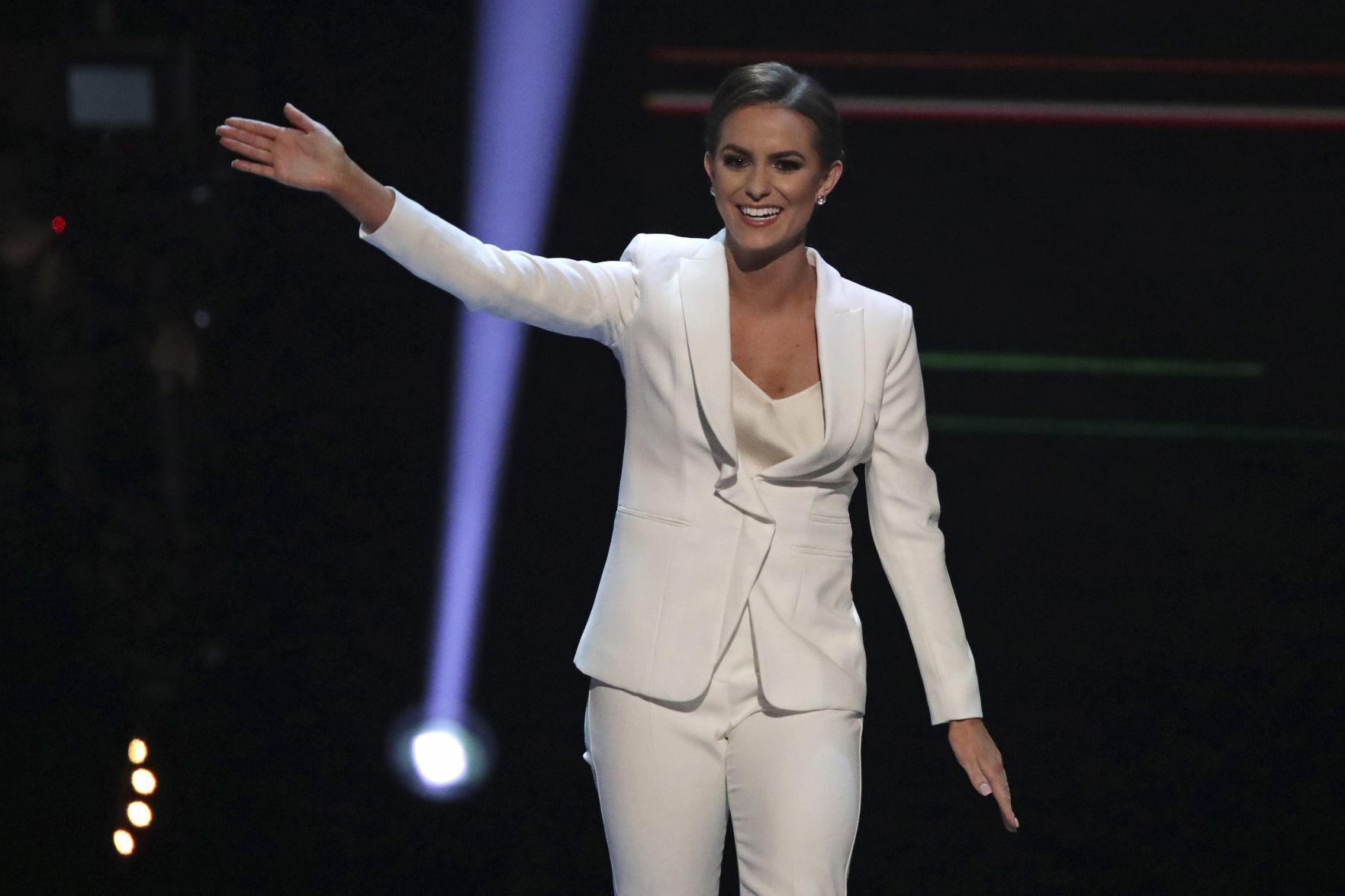