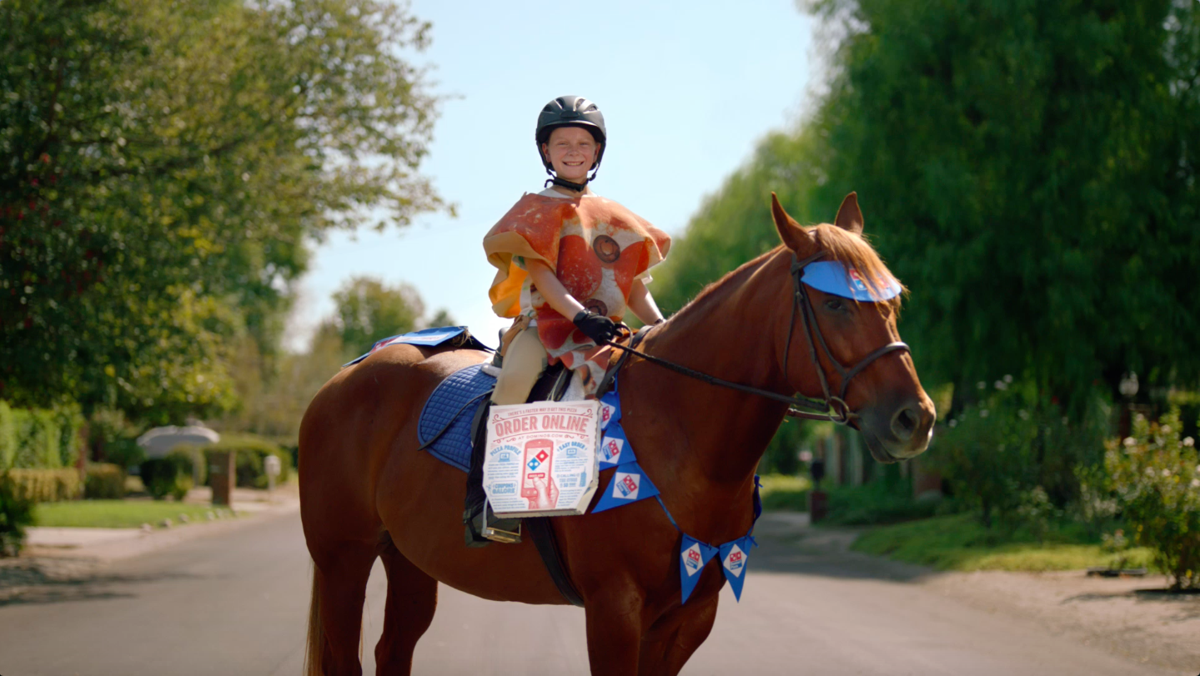 Abby McGowan from Hanover County is featured in a Domino’s Pizza commercial about “superfans,” airing through early March. 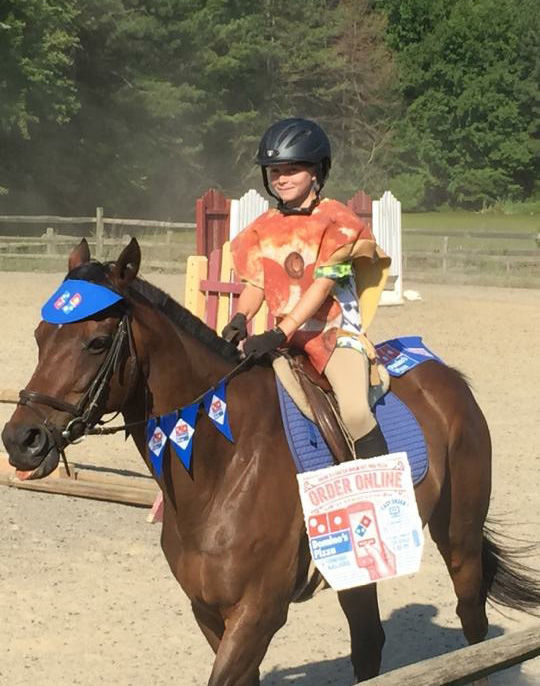 Abby McGowan, 12, in her pizza costume and with her horse dressed as delivery service is featured in a new Domino’s commercial.

Abby McGowan from Hanover County is featured in a Domino’s Pizza commercial about “superfans,” airing through early March.

Abby McGowan, 12, in her pizza costume and with her horse dressed as delivery service is featured in a new Domino’s commercial.

But then there are pizza "superfans" like Abby McGowan, a 12-year-old girl from Rockville in Hanover County.

At her summer camp’s costume contest, she dressed herself as a slice of pepperoni pizza and outfitted her horse, Civil Bond, as a Domino’s pizza delivery horse.

The costume was a hit and not just at summer camp.

Shortly after, producers for a Domino’s “Superfan” commercial reached out to Abby.

After a brief Skype interview, Abby found herself flying out to Los Angeles with her mom to film a Domino’s Pizza “Superfan” commercial.

“I never thought this would happen, but it turned out to be really fun,” Abby said by phone. “The pizza costume lived in my family for a very long time. My brother ran a 5K in it. We had it for Halloween.”

And now, it’s featured in a national ad for the pizza chain.

Abby said the day of the shoot was hot, almost 100 degrees, especially in her costume, helmet and riding pants. But filming went fairly quickly and after that, she and her mom struck up a bond with the other “superfans” and spent the week going indoor skydiving and to Universal Studios together.

Back home, Abby didn’t tell many of her friends about the experience. She attends Westminster Academy, a home school program, where she  attends school two and a half days a week. The rest of the time, she says, she spends at Heldergate Stables, riding Civil Bond.

When the commercial began to air on TV in December, Abby said all her friends texted her, “Oh my gosh, I saw you on TV!”

The commercial will continue to run through early March 2017.

But these days, Abby is more focused on horse-back riding than a career in acting.

She goes to the stables five days a week and is currently involved in show jumping, cross country and dressage.

And while she’s currently enjoying nationwide status as a Domino’s superfan, she won’t be getting her favorite Domino’s cheese pizza in her hometown anymore.

“Our Domino’s just closed,” Abby said. But she added, “I still love their cheese pizza.”