Fans wishing to catch a sneak preview of the upcoming “Downton Abbey” movie are going to get the chance Wednesday in Short Pump.

Held two days before the national release of the movie, the event hosted by VPM, formerly known as the Community Idea Stations, invites guests to attend in period dress and walk a red carpet.

The $18 admission will serve as a donation to VPM. The advance screening was declared sold out Thursday evening on VPM’s website, but fans were encouraged to add their name to an online waiting list.

“Downton Abbey” preview parties are a popular event in Richmond.

The last time the Community Idea Stations held a “Downton Abbey” preview screening was in 2016 at the Altria Theater before the sixth and final season of the popular PBS Masterpiece TV series. That event was sold out. Before that, free preview screenings for the TV series were held for a few years at the Byrd Theatre in Carytown.

“We requested of Focus Features to use the Byrd, as the venue is amazing and was built at the same time the movie takes place,” Terry Menefee Gau, event manager for VPM, said via email.

But because the “Downton Abbey” movie is a Focus Features production, rather than a PBS production, they asked VPM to use one of its distribution partners at Regal Short Pump.

On the show’s popularity in Richmond, Gau said, “I don’t know why others love the show, but I know that I love the show because of the excellent writing, direction, and performances. This is a glimpse into a rarely explored era — and one that changes drastically.

“So the context is compelling. But also, the characters are real; sometimes they make bad choices that have lasting consequences. We feel those losses because the characters feel like they are people we know. And even though we may not like all of the characters — we end up loving them. It’s storytelling at its best.” 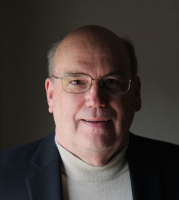 It's hardly a "sneak preview" if it's widely advertised and pimped in mass media.