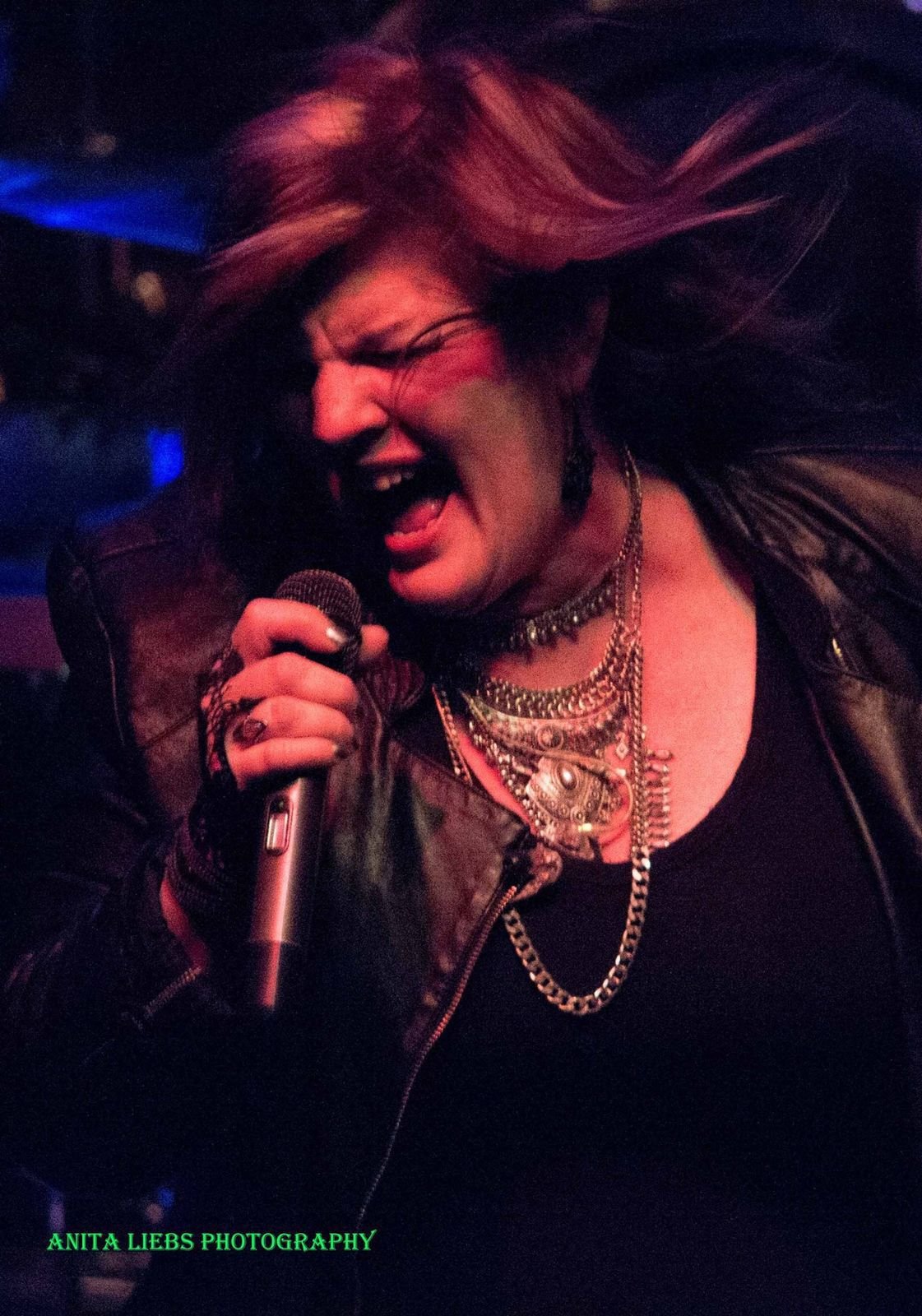 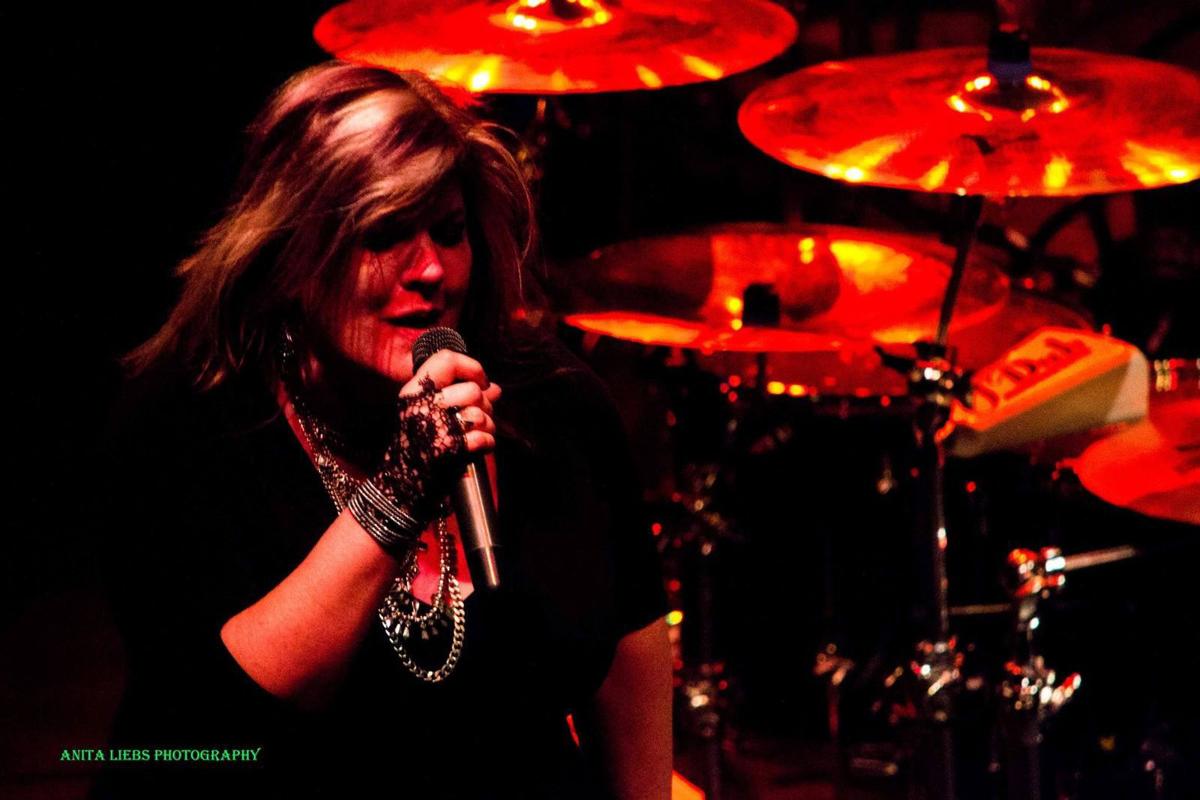 It’s been a year since Beth Justice was injured in an electrical fire that destroyed her Urbanna home. 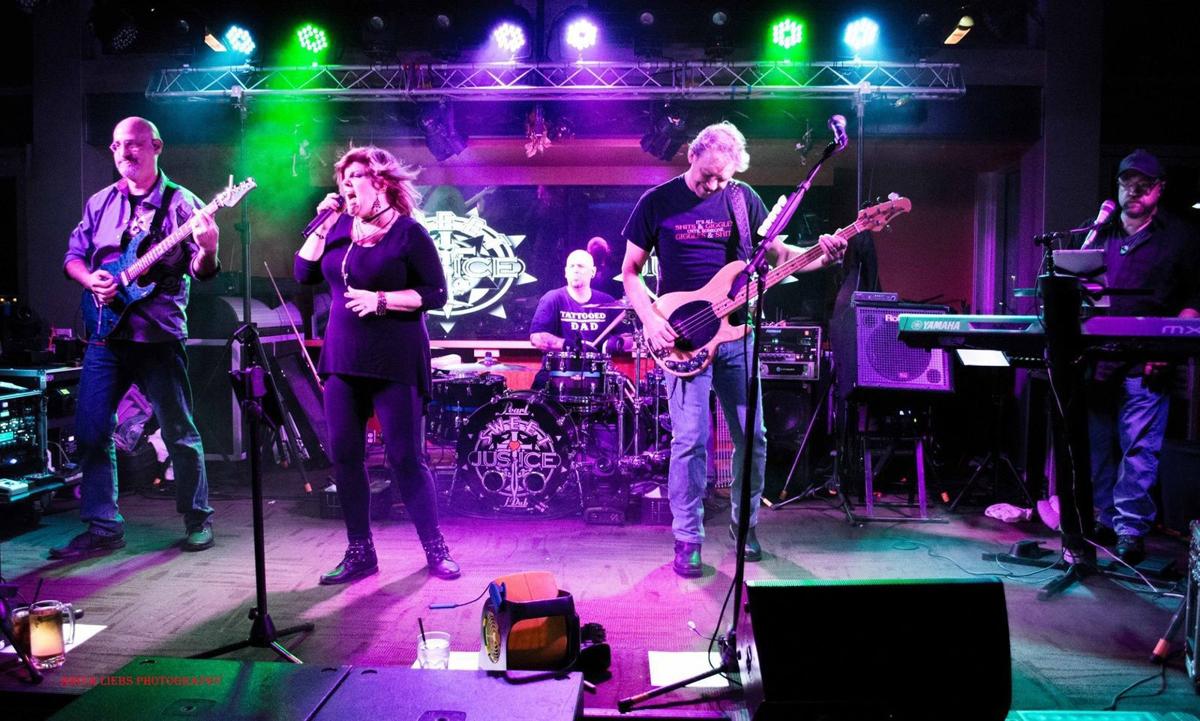 Sweet Justice has been together in various incarnations since 2000. After the house fire, the Urbanna community and area bands rallied to help the group. 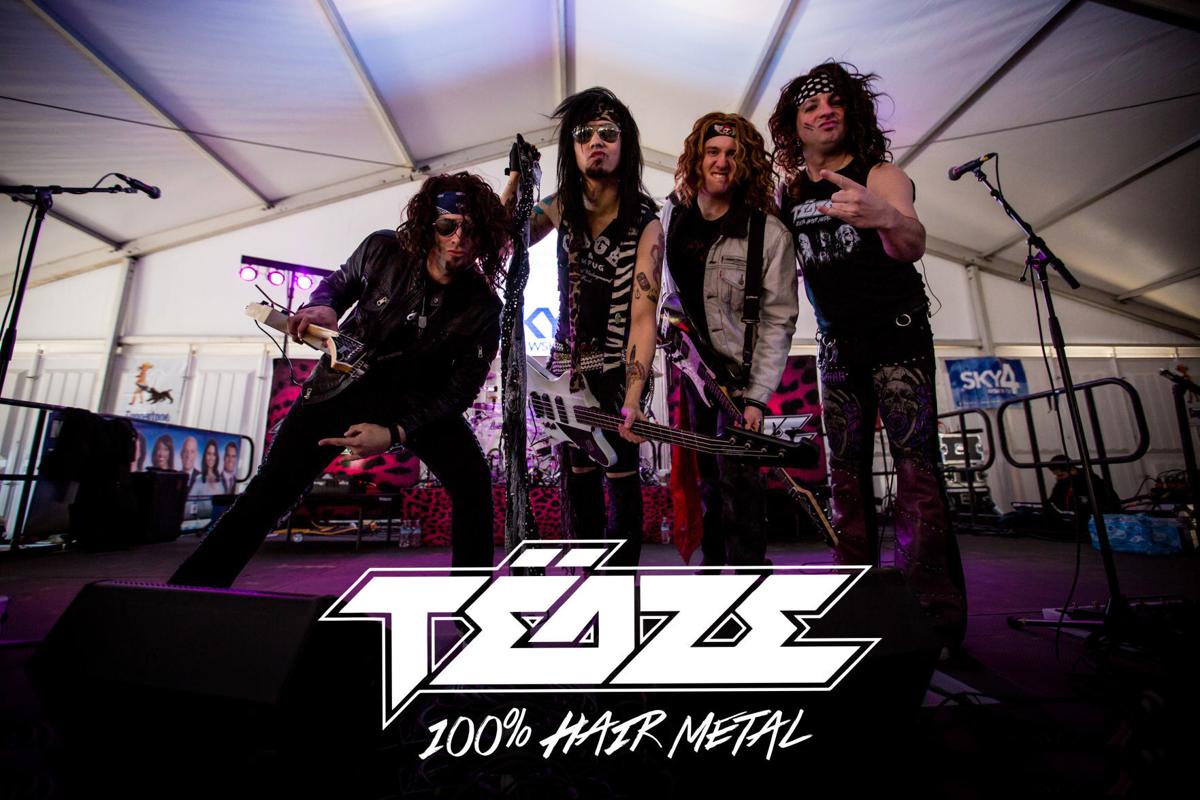 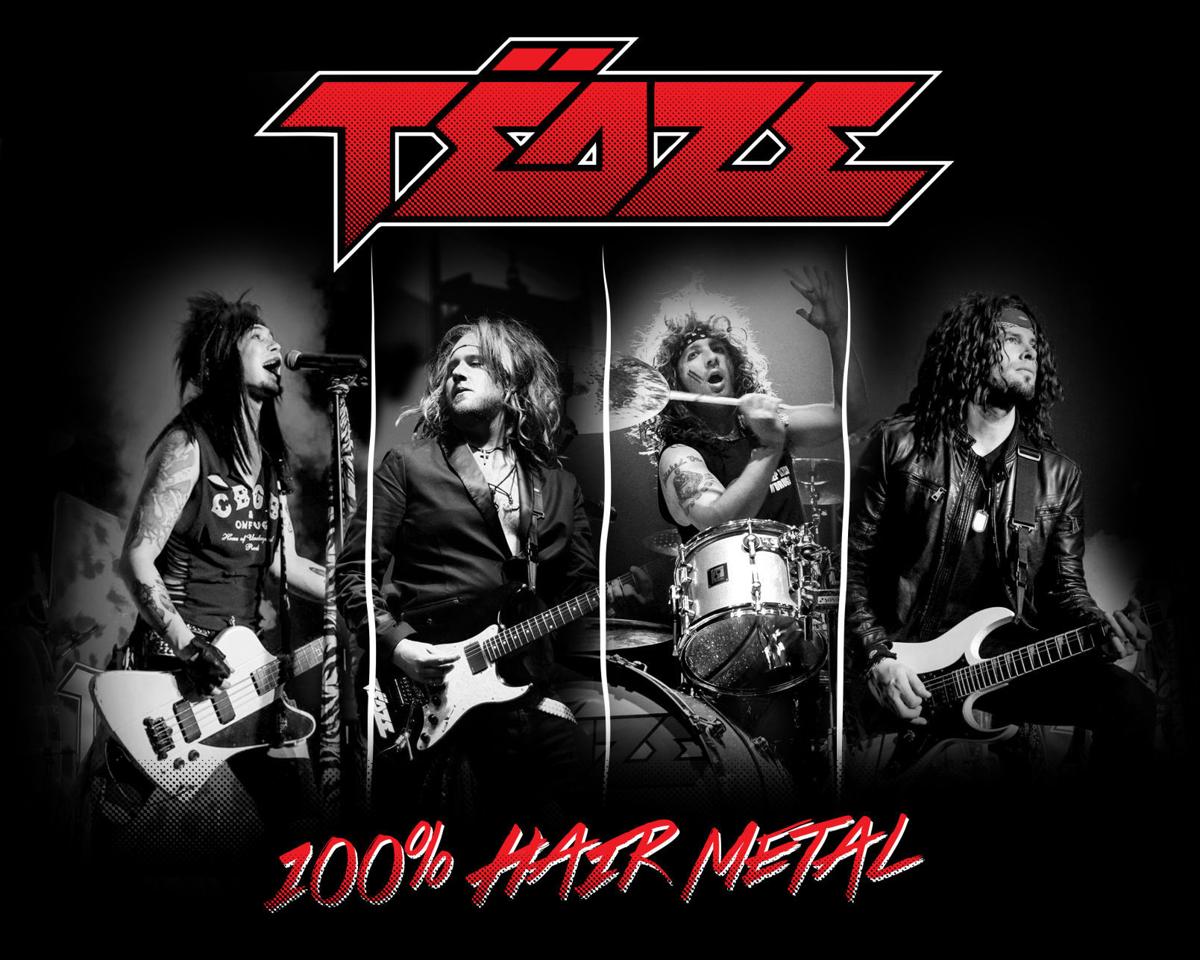 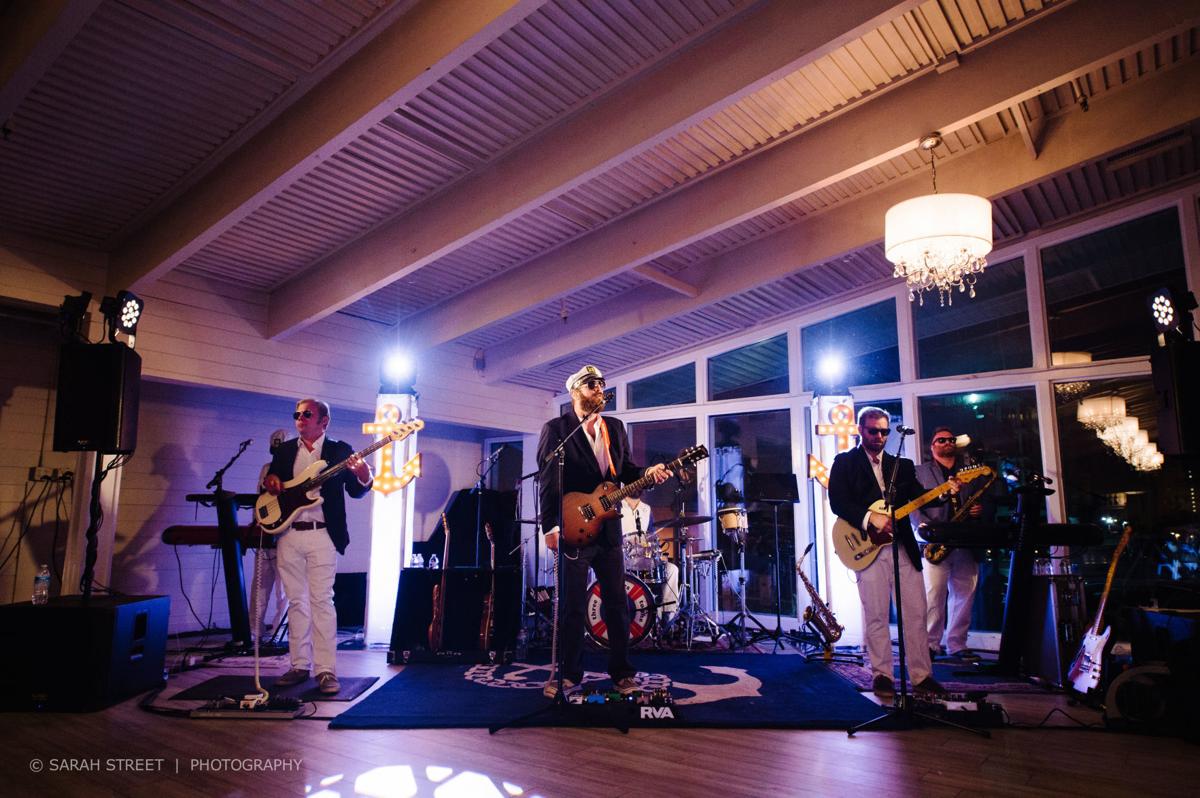 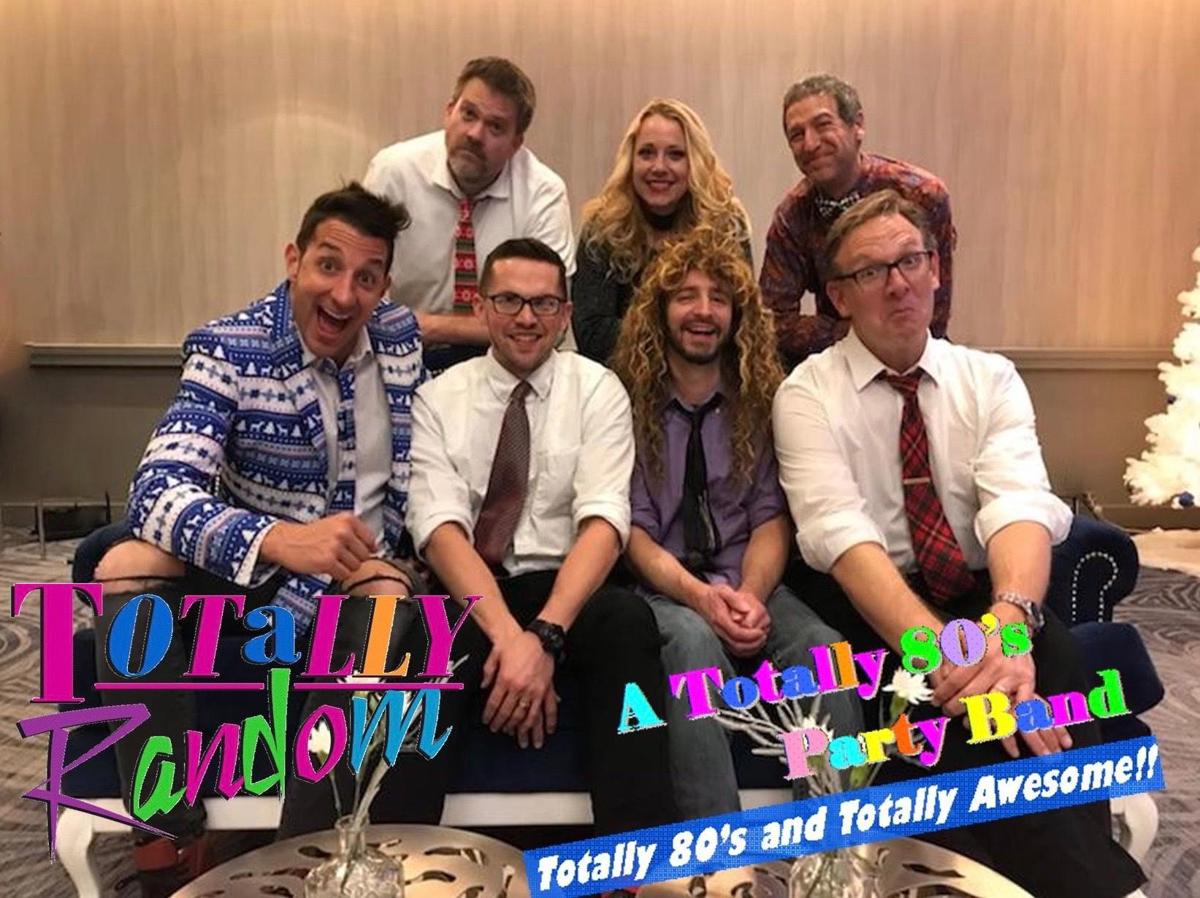 It’s been a year since Beth Justice was injured in an electrical fire that destroyed her Urbanna home.

Sweet Justice has been together in various incarnations since 2000. After the house fire, the Urbanna community and area bands rallied to help the group.

And then there’s rock ’n’ roll: loud, charismatic, slightly pushy but always the life of the party. It’s no wonder that the River City blasts with ’70s and ’80s classic rock, emitting wave upon wave of auditory proof that Huey Lewis was right — that “the heart of rock and roll is still beating.”

In alphabetical order, following is a sampling of Richmond’s many rock cover bands. Getting to it, let’s uncover some covers:

For 18 years, Sweet Justice has been powering its way through central Virginia, led by its founder and megawatt front woman Beth Justice. This five-piece classic rock band primarily covers ’80s, bookended by some ’70s and ’90s. The band’s commanding musicianship comes by way of Evan Rosenthal (guitar), Rod McMordie (bass), Jon Ward (drums) and Andrew Heck (keys). The sound is big and so are the effects, driven by a customized light show.

When asked which iconic rocker she’d choose to sit in with her during a set, onetime blues singer-turned-rocker Justice immediately said, “Ann Wilson from Heart.” Of course she did. Wilson’s blazing vocal muscle seems to have imprinted on her own.

But the band recently took a four-month break due to a personal tragedy. On Jan. 6, Justice’s historic Urbanna home burned to the ground. Escaping with their lives, Justice and her husband-bandmate, McMordie, were airlifted to VCU Medical Center. Though Justice’s recovery has been challenging, she’s back to her primary joy: her music. “It’s important for folks to see us push forward and ahead,” she said. “It may inspire someone else out there who’s having difficult times.”

Look for Sweet Justice’s next show June 23 at Uptown Alley.

Incorporating the tongue-in-cheek metal band umlaut in its name, Tëaze introduces itself by stating: “It’s the moves, spandex, and hair metal from the ’80s, performed by the only band manly enough to wear more makeup than your mom.”

Describing the unique qualities Tëaze offers to Richmond, drummer Joe. E. Lee says, “What makes us different is the costumes, the wild stage moves, the fake pyrotechnics, a giant light-up drum set, the spectacle. We make the experience as authentic as possible, as if the audience was at a Van Halen or a Mötley Crüe concert.”

But it’s not just the visuals. The group’s talent caught the attention of KISS, who invited Tëaze to play with them on their annual Caribbean cruise for their fans.

“Something none of us would’ve ever dreamed of when we started this band in my basement. To be honest, we thought it would be something fun we could do a few times a year, and hopefully make enough money to cover the cost of buying the costumes and stage props.”

Tëaze’s killer musicianship is accompanied by an outrageous sense of humor, such as in the band’s citing of its influences: “Aquanet, Spandex, Maybelline Makeup Products.”

The band wants Richmond to know that a Tëaze show is, to quote Poison, “Nothin’ But a Good Time.” But since seeing is believing, check out Tëaze’s latest promo video: https://youtu.be/47uJYGnspTQ

Next local gig will be at Sportsman’s Lounge, July 14.

In 2005, a handful of aspiring filmmakers who loved the smooth-sailing tunes of the late ’70s/early ’80s launched a short film-internet series called “Yacht Rock.” (In reference to the fantasy of a yacht owner kicking back to the mellow tunes, basking in the SoCal sunscape.) Per Three Sheets to the Wind bandleader Topper Dandy, “Yacht rock fuses jazz, rock and R&B elements with catchy pop vocal hooks that are as fun to hear the millionth time as the first time.” Among yacht rock’s seaworthy artists: Hall & Oates, Kenny Loggins, Steely Dan and Toto.

Happily, River City is lucky enough to have yacht rockers of its own: Three Sheets to the Wind. Outfitted in natty blue blazers, white open-collared shirts and crisp khakis (lead singer Captain Max completes the look in his yacht captain’s hat), the band parodies the Dos Equis man, calling itself “the most interesting band in the world.”

Three Sheets’ assured vocals and on-point instrumentation are augmented by the Rounding Cape Horns, the three-piece horn section that adds a bright, dynamic dimension to the whole.

Though Richmond is Three Sheets’ home port, the band’s client base is nationwide. That said, RVA can catch a show at Mayo Island, Sept. 21.

Taking a panoramic approach to ’80s rock, this tight seven-piece cover band embraces the wide, wide world of all that makes this decade so eclectic. Alongside the ’80s classics, expect to rock out to some hip-hop, gothic, new wave, punk, and synth pop.

Totally Random adds a special spark to the RVA music scene by featuring both a male and female lead singer, delivering a one-two punch of formidable talent and range. In turn, that allows the band to cover a great deal more musical territory. Given that the band’s songs and styles often stray from the expected ’80s rock set list, the name “Totally Random” is a perfect fit.

While many ’80s groups stress the party vibe, last Halloween, Totally Random stepped out of the box by recreating Michael Jackson’s “Thriller” choreography, replete with costumes and fog machine. And when performing at the St. Patrick’s Day Shamrock the Block, the band threw green TR sunglasses into the crowd; in response, the crowd sent back boxes of Lucky Charms cereal.

Per guitarist Jeff Bruce, “Be prepared to be transported back to the ’80s in a Doc Brown DeLorean.”

Coming soon: A roundup of local tribute bands. (Unlike the above-described cover bands that play an array of music themed to a decade and style, the “tribute band” replicates one particular band’s music and look as faithfully as possible.)

The Allman Brothers. David Bowie. James Brown. Tom Petty. Although all these giants have died, leaving aching vacancies in their wake, their m…