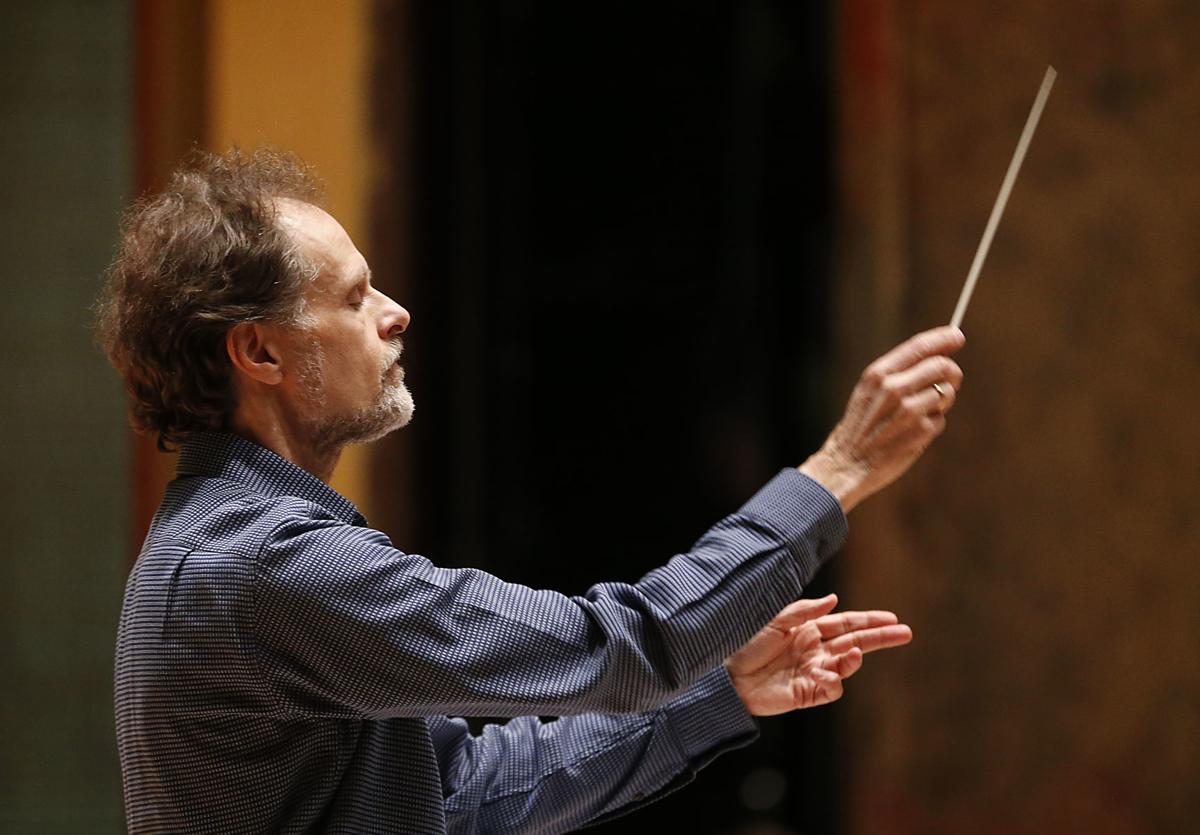 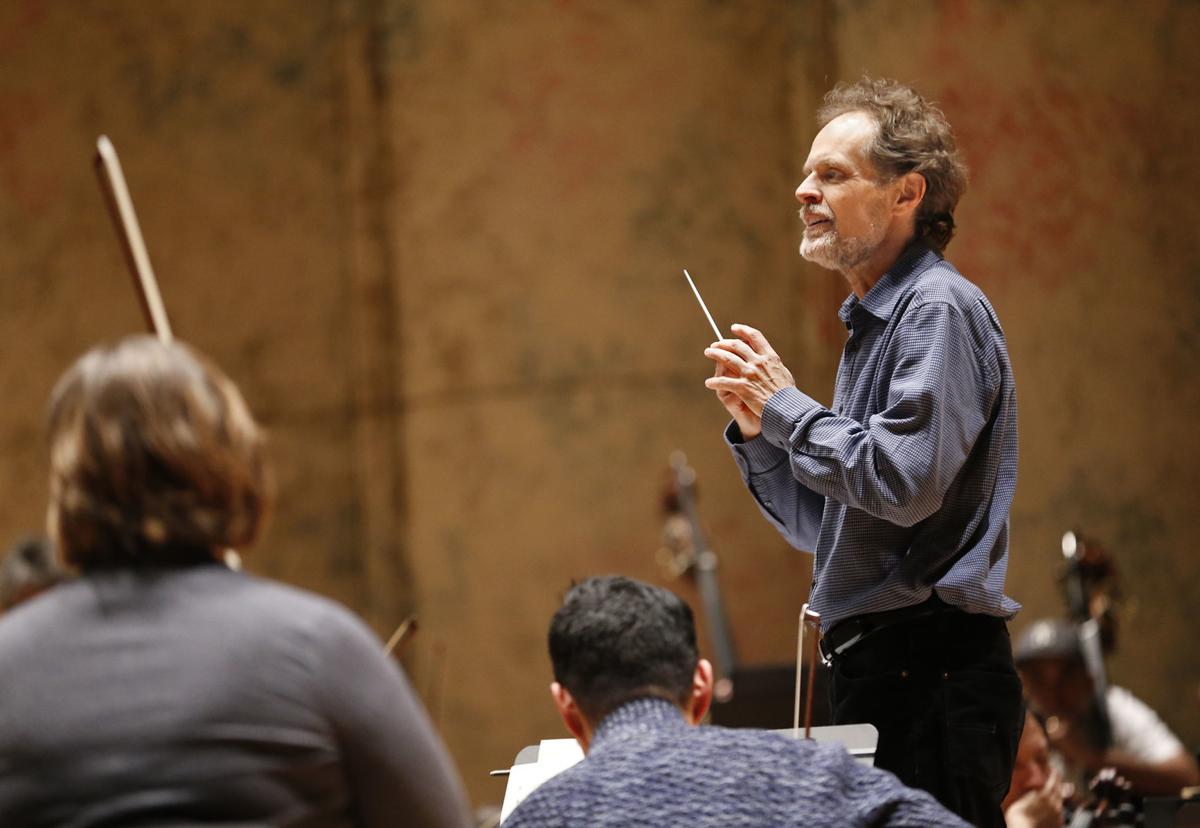 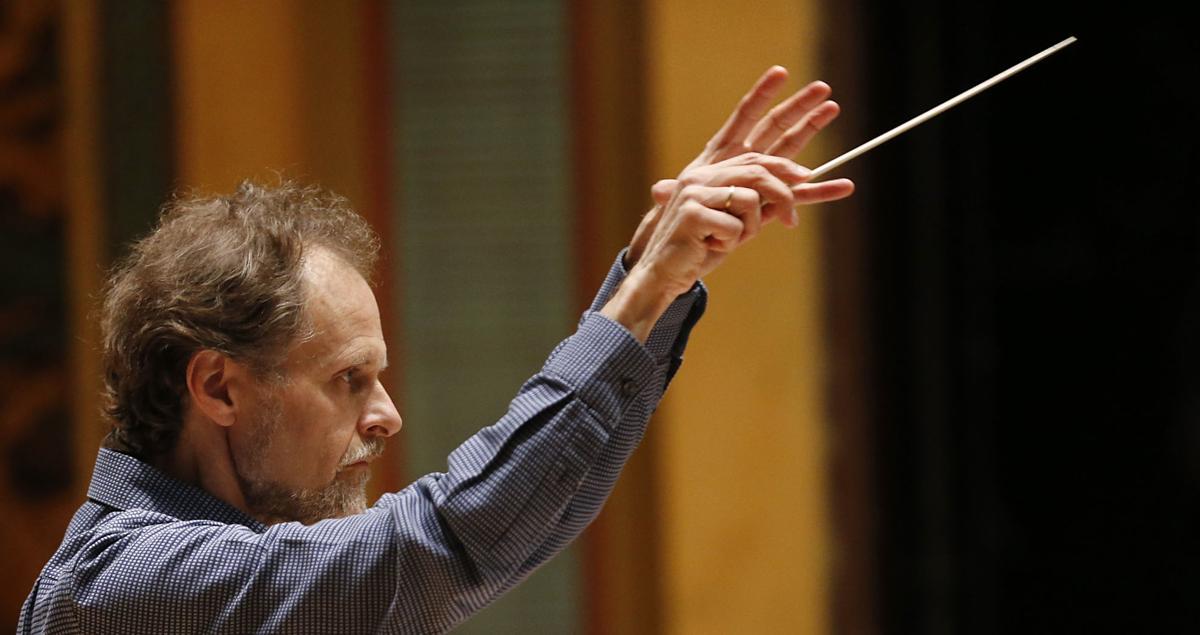 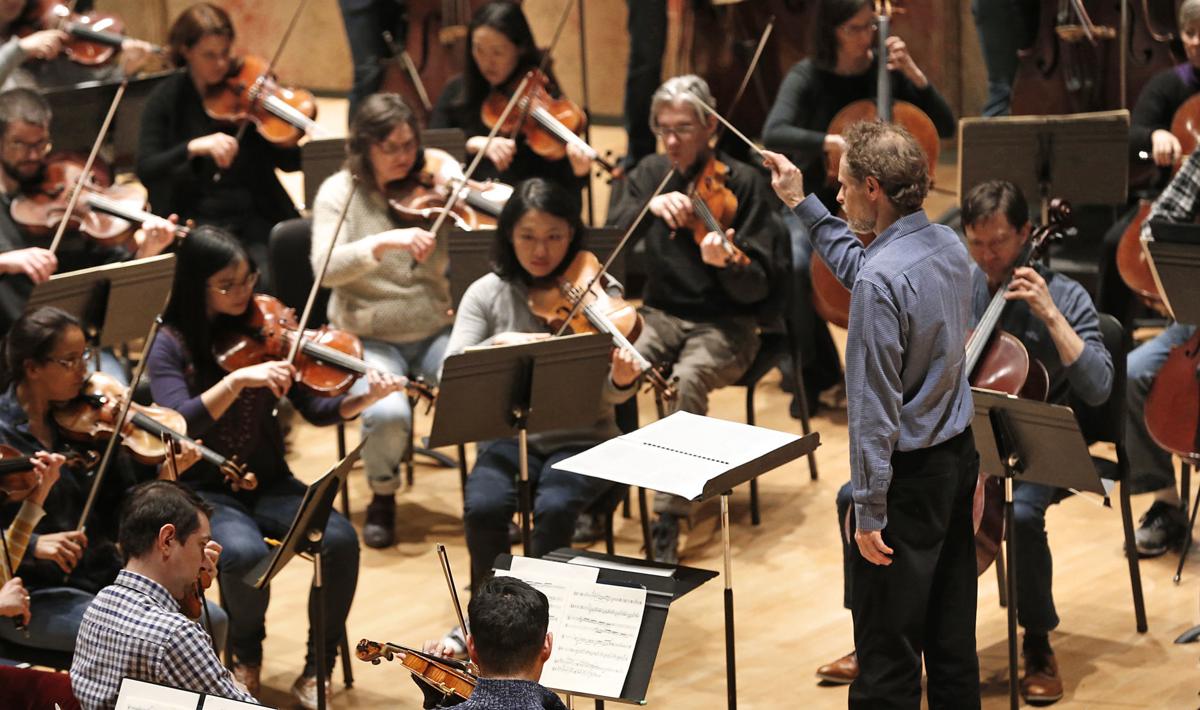 “It’s been an honor and a privilege to work with them,” music director Steven Smith said of the Richmond Symphony. After he leaves the organization, Smith hopes to do more composing wherever the next opportunity leads him. 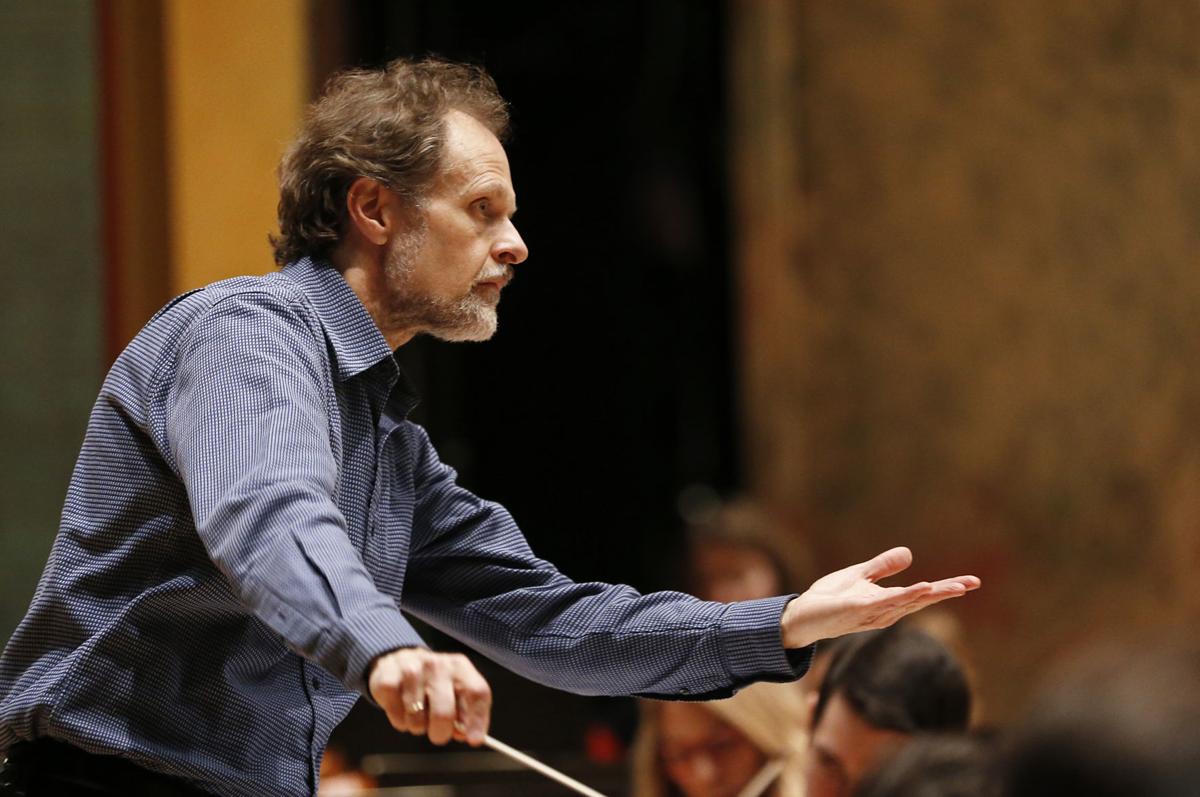 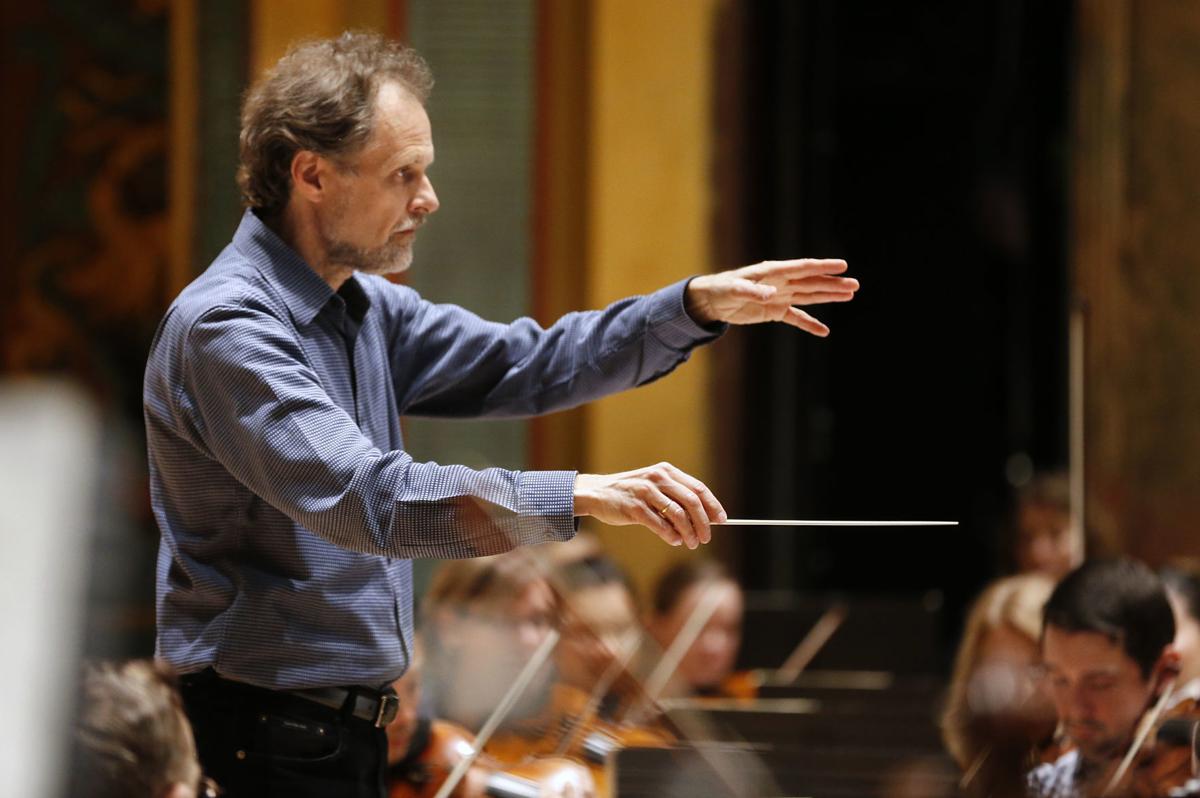 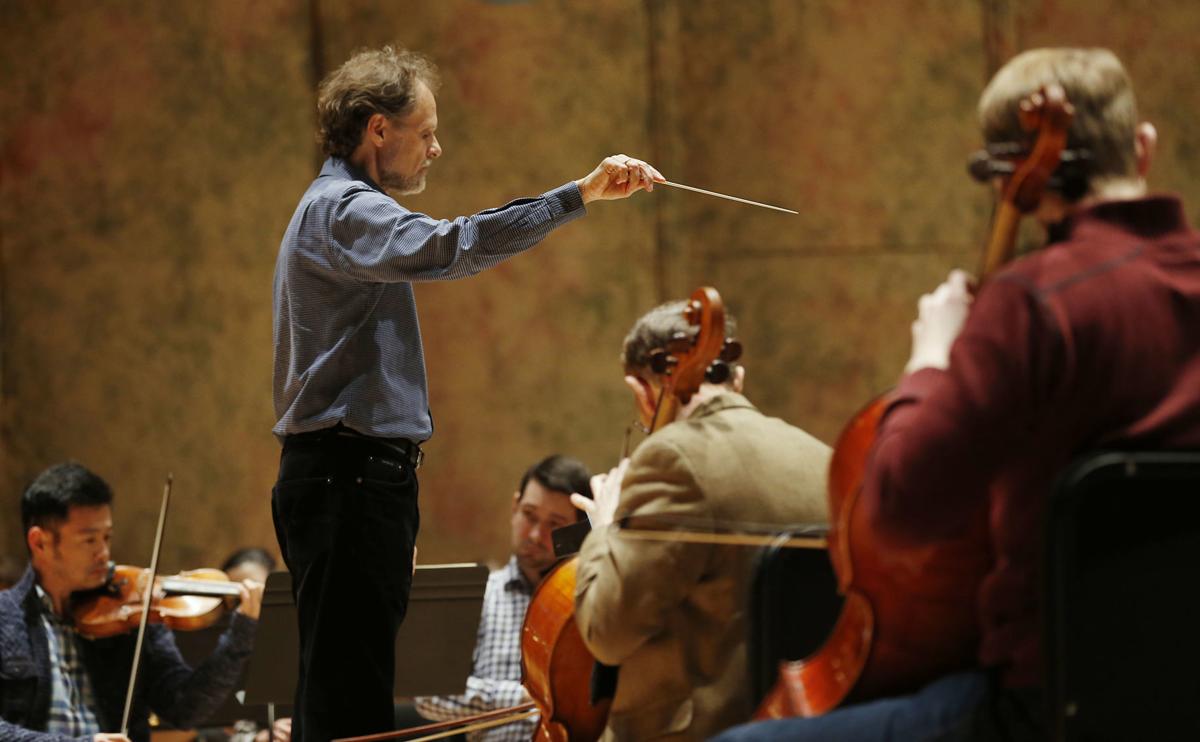 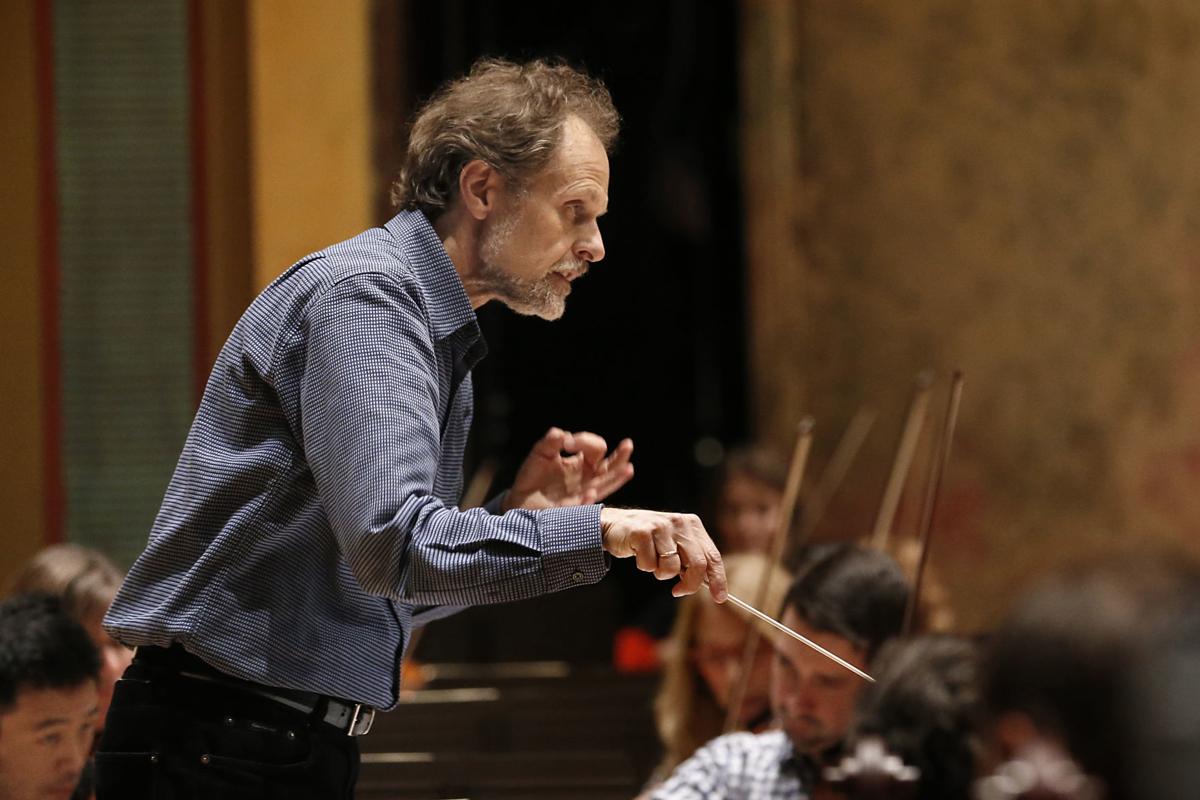 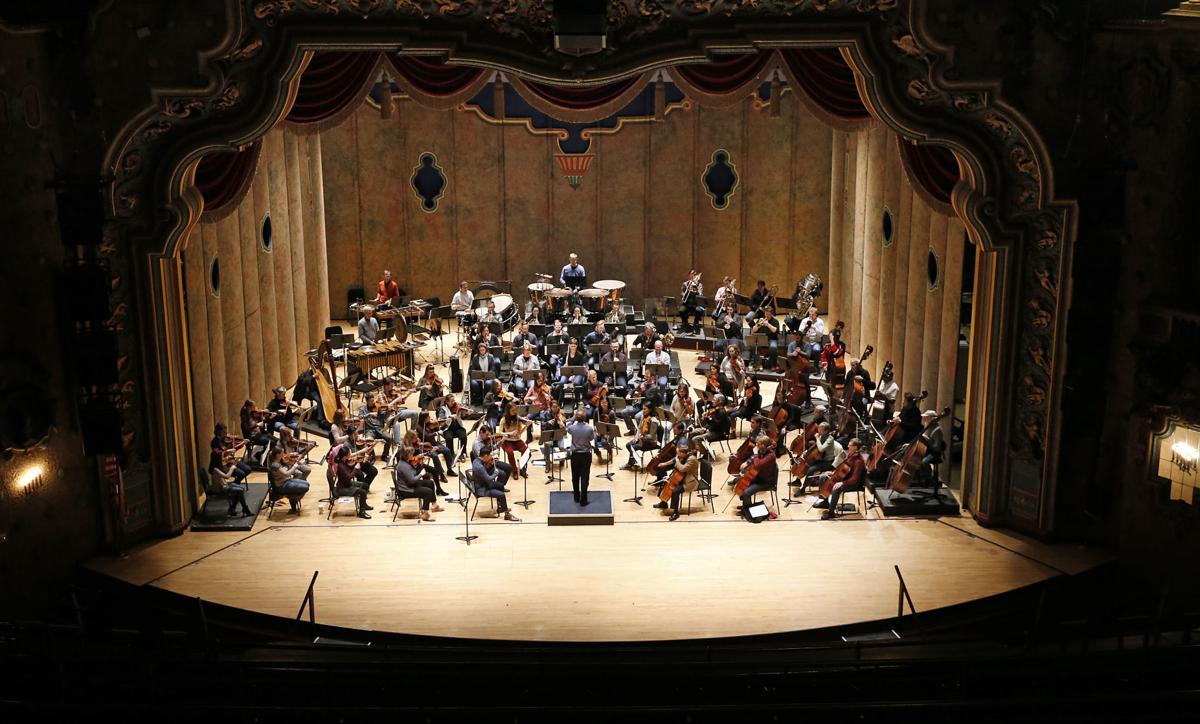 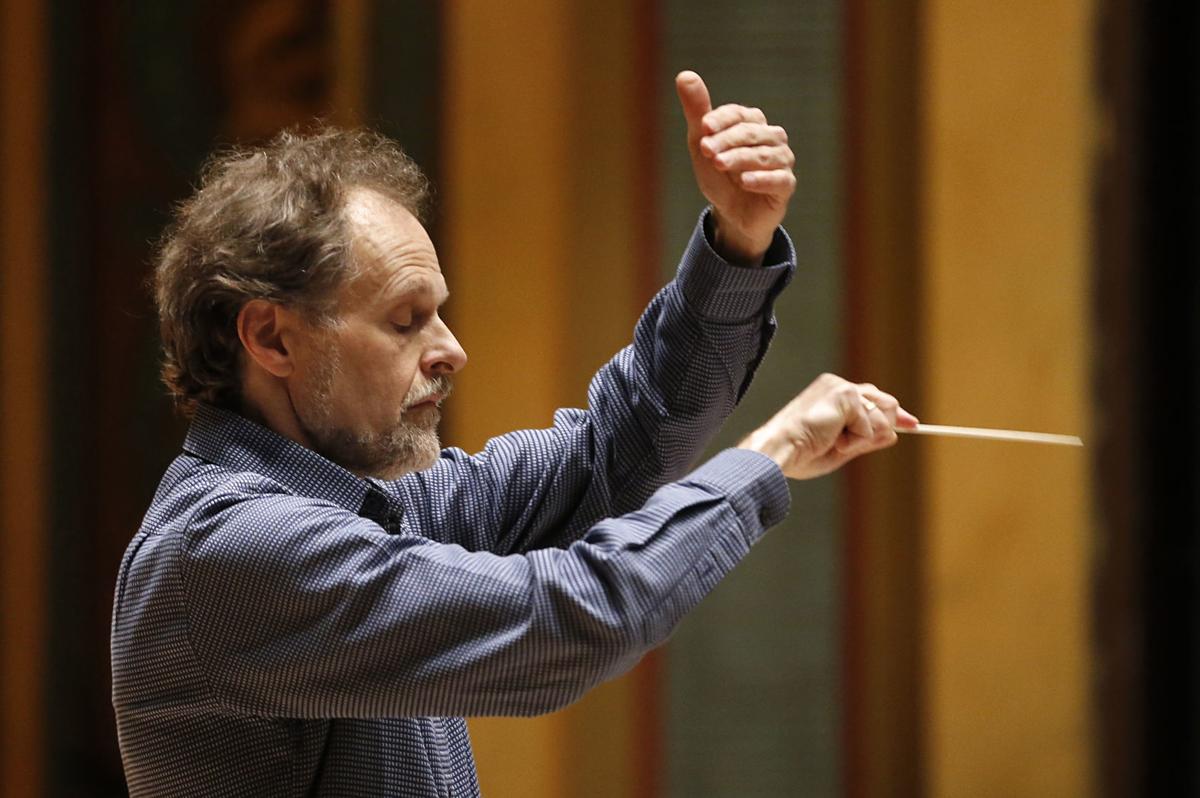 “It’s been an honor and a privilege to work with them,” music director Steven Smith said of the Richmond Symphony. After he leaves the organization, Smith hopes to do more composing wherever the next opportunity leads him.

Steven Smith, music director of the Richmond Symphony for nearly a decade, will conduct his last concert with the symphony in May.

Steven Smith is hanging up his conductor’s baton with the Richmond Symphony.

“It’s time,” he said with a long sigh at his office overlooking Broad Street on the fourth floor of the Dominion Energy Center.

His last concert with the Richmond Symphony will be in late May, “Carmen in Concert,” with mezzo-soprano Denyce Graves.

He doesn’t have a new job lined up, doesn’t have any idea where he’ll go, whether he’ll go abroad or back home to Ohio, but that sort of excites him, he said.

“That’s the job. You’re always looking around for the next opportunity,” he said.

The previous music director for the Richmond Symphony, Mark Russell Smith, also spent roughly 10 years in the position before moving on.

Smith will be taking with him many memories from his almost 10 years with the Richmond Symphony. His most vivid comes from the UCI Road World Championships in 2015.

“We were performing Beethoven on Brown’s Island. I remember looking out and I couldn’t see the end of the crowd. I’d never seen a crowd that big,” Smith said of the audience that was estimated at 12,000.

“We were performing ‘Ode to Joy.’ Every time a singer would finish, people would start clapping. They were so into it. That’s how classical music used to be. With people clapping and shouting,” Smith said. “It was an incredible night. All these people, listening to music under the open sky. That’s what it’s all about.”

For Smith, that’s what it’s always been about: the power of music.

“For me, music transcends words. That’s its greatest power. It can touch the most powerful of human emotions, but in a way that you don’t have to put words to it. There’s a reason why major occasions are always accompanied by music. There’s a power that is intrinsic in music. That has that ability to reach down inside us and touch us to the core. That fundamentally reinforces our connection to our fellow human beings,” he said.

Smith, along with Aimee Halbruner, director of community engagement, and other staff members, helped start the free, roving music festival that brought the Richmond Symphony to underserved areas in the Richmond area, such as Church Hill, Carver and South Side.

“I’ll never forget the first Big Tent festival in Chimborazo Park. It was pouring rain, but we somehow managed to do the performance,” Smith recalled. “Everything finally clicked. I remember this little boy came up to me and said, ‘I never knew there could be a sound like that.’ To see that light bulb go off meant more than anything.”

During Smith’s tenure in Richmond, the Richmond Symphony launched many concert series that attempt to tap into a younger and more diverse audience.

The symphony moved the Rush Hour concerts to Hardywood Craft Brewery where the full orchestra performs to sold-out crowds sipping on the latest craft beer.

“People have such a good time at those concerts,” Smith said. “They can get right up close to the orchestra and move around. There’s great energy, every single time.”

The Casual Fridays series invites audience members to show up in jeans for a more laid-back, time-friendly 60-minute format.

The symphony also implemented a new “compose your own” subscription series that allows patrons to handpick the concerts they want to go to.

Clarke Bustard, who runs “Letter V: the Virginia Classical Music Blog” and contributes classical music reviews for the Richmond Times-Dispatch, said several of the symphony’s best hires happened during Smith’s tenure, thanks to a “talent pipeline” that Smith helped establish to the New World Symphony in Miami, a post-graduate finishing school for orchestra musicians.

During his time in Richmond, Smith also expanded the symphony’s repertoire, playing older pieces that had never been performed by the symphony and adding new works, including the upcoming “Star Wars: A New Hope” concert by the symphony on May 4 at the Altria Theater.

On the other end of the spectrum, Smith has performed plenty of classic works during his time in Richmond.

Bustard said some of the most memorable performances Smith led were Beethoven’s “Eroica” Symphony, Brahms’ “A German Requiem,” Mendelssohn’s “The First Walpurgis Night,” Dvorák’s Sixth Symphony, and several of the symphonies of Haydn.

A composer himself, Smith is hoping to have more time to compose wherever he lands.

The symphony has performed two of his original works, including most recently, his tone poem “Kataklysmos.”

“His musicianship runs deep, which comes from his background as a composer. What I’ve come to learn about Steven is how genuinely he is able to approach music from the perspective of a composer and as a musician,” said David Fisk, executive director of the symphony.

“He’s someone who has done a great deal for the symphony. He leaves it in a far stronger place than he arrived,” Fisk said.

The symphony itself employs 70 full- and part-time musicians, who give over 200 performances each season to 200,000 people.

“I’m proud of their artistic excellence,” Smith said. “It’s been an honor and a privilege to work with them.”

The Richmond Symphony will go on without a music director, at least for one year.

The next season will be marked as a year of welcome with visits and performances from six candidates who are vying to become the next music director.

The symphony will wrap up its director-less season with the 2020 Menuhin Competition, considered by many to be the Olympics of the violin.

While Smith said he’s eager to try out new musical challenges, he said he thinks the symphony itself will benefit under a new director.

“It’s important for musicians to work with new musicians. To get a new point of view and continue to grow,” Smith said.

As for himself, he said, he will follow the music, wherever it takes him.

Steven Smith will finish his ninth and final season this year as music director of the Richmond Symphony.

What: "Carmen in Concert" with Denyce Graves

The Richmond Symphony has announced its upcoming season: the first in 10 years without a music director.