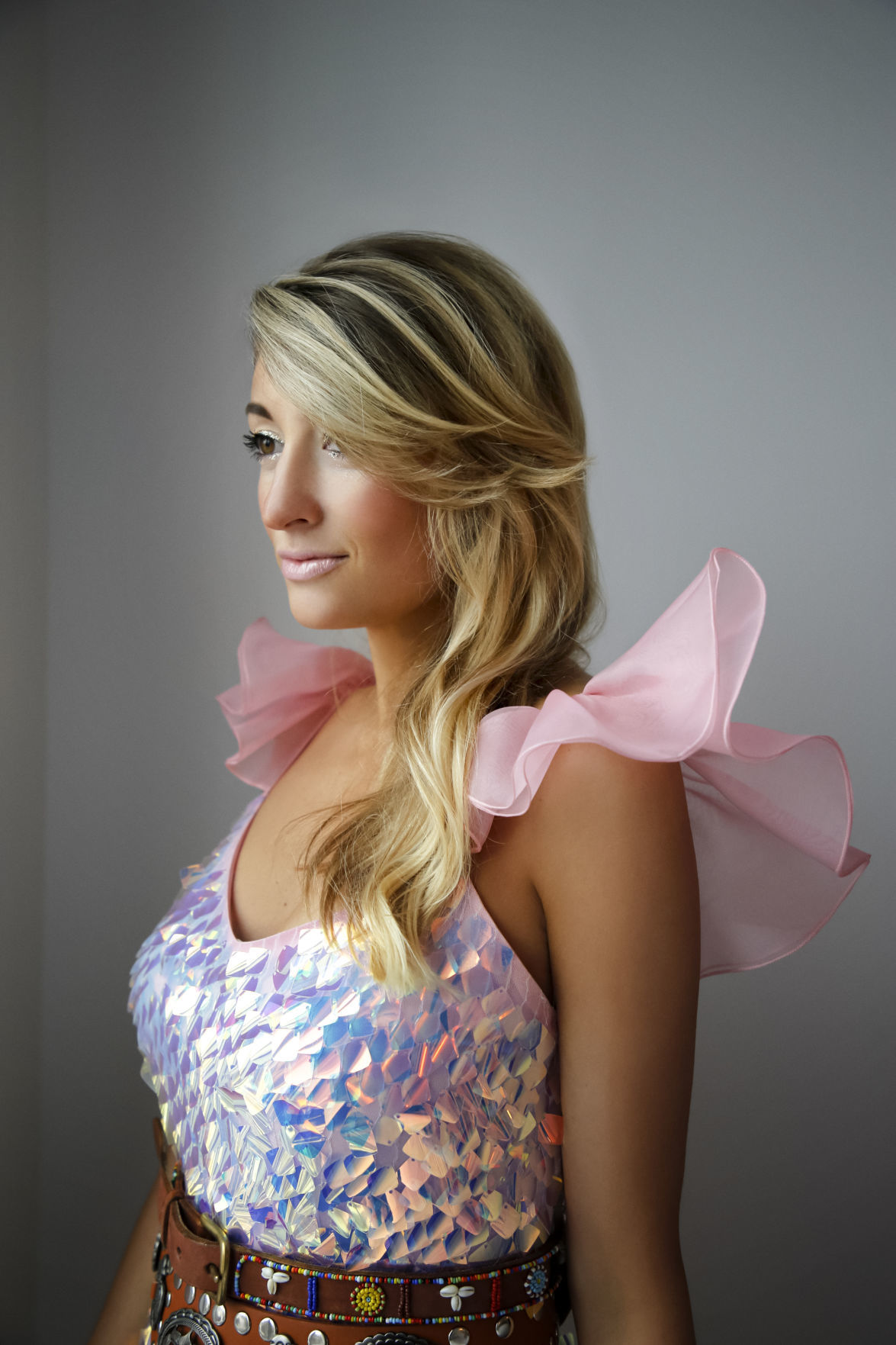 Fashion designer Martha Gottwald credits luck, chance and Instagram with her landing a spot as a finalist on “Making the Cut.” 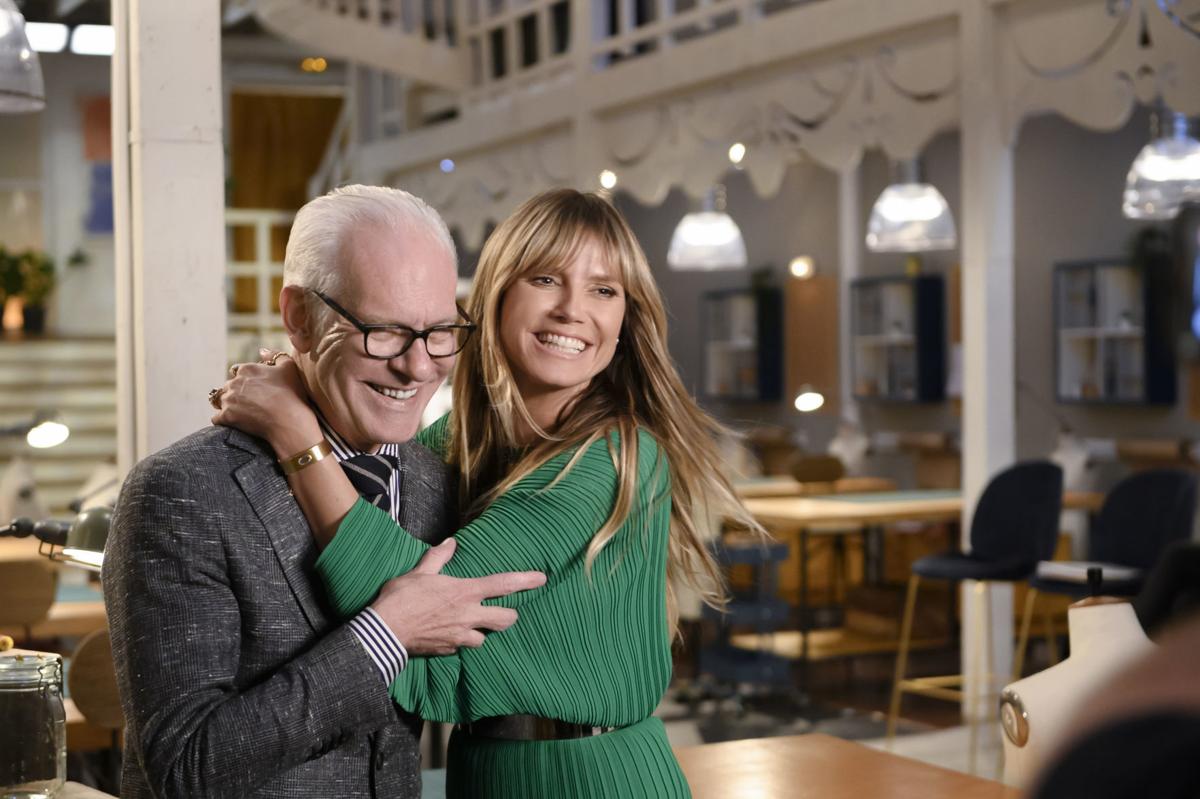 Tim Gunn and Heidi Klum have teamed up again for a reality show, “Making the Cut,” which features fashion designers who already have their own brands. 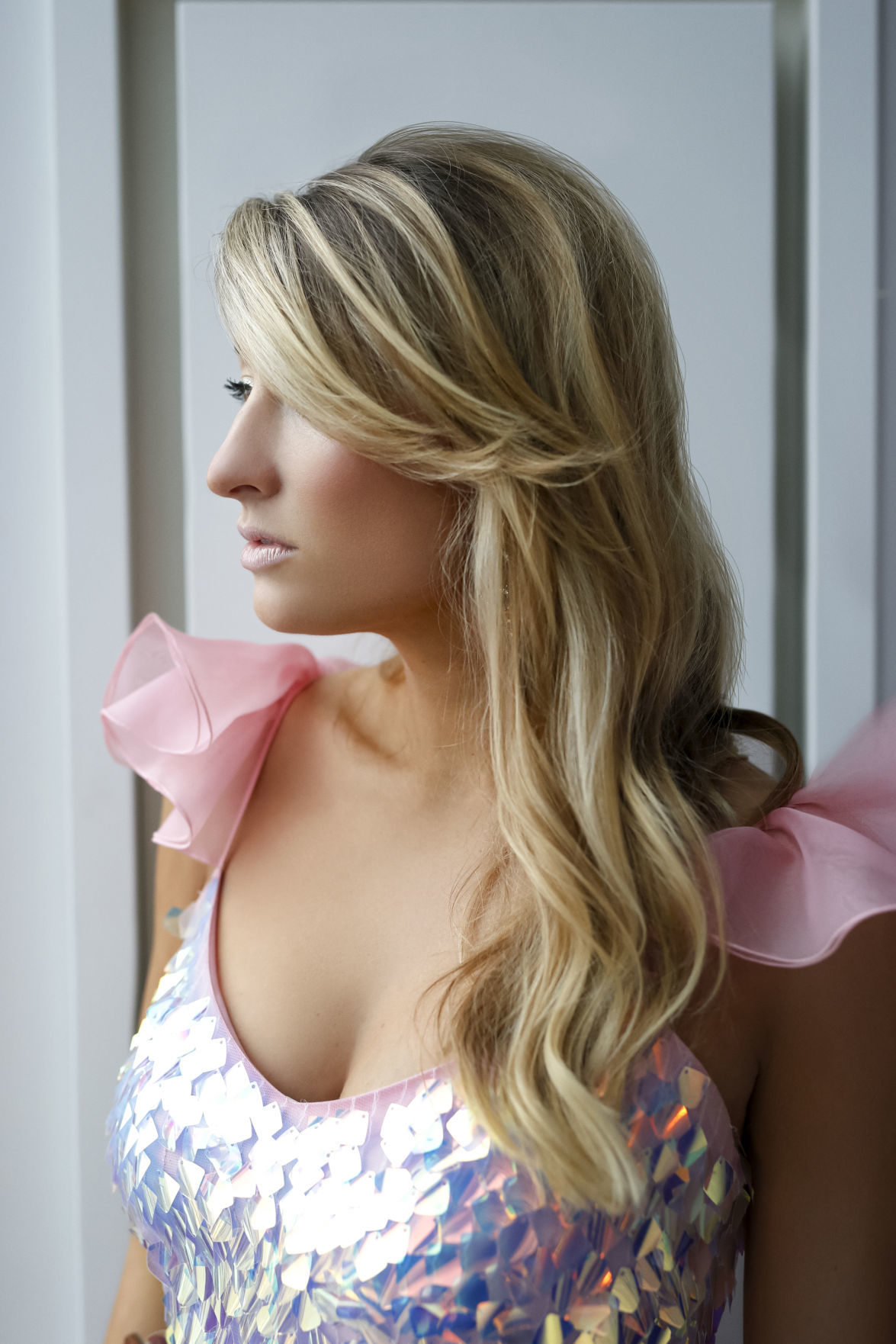 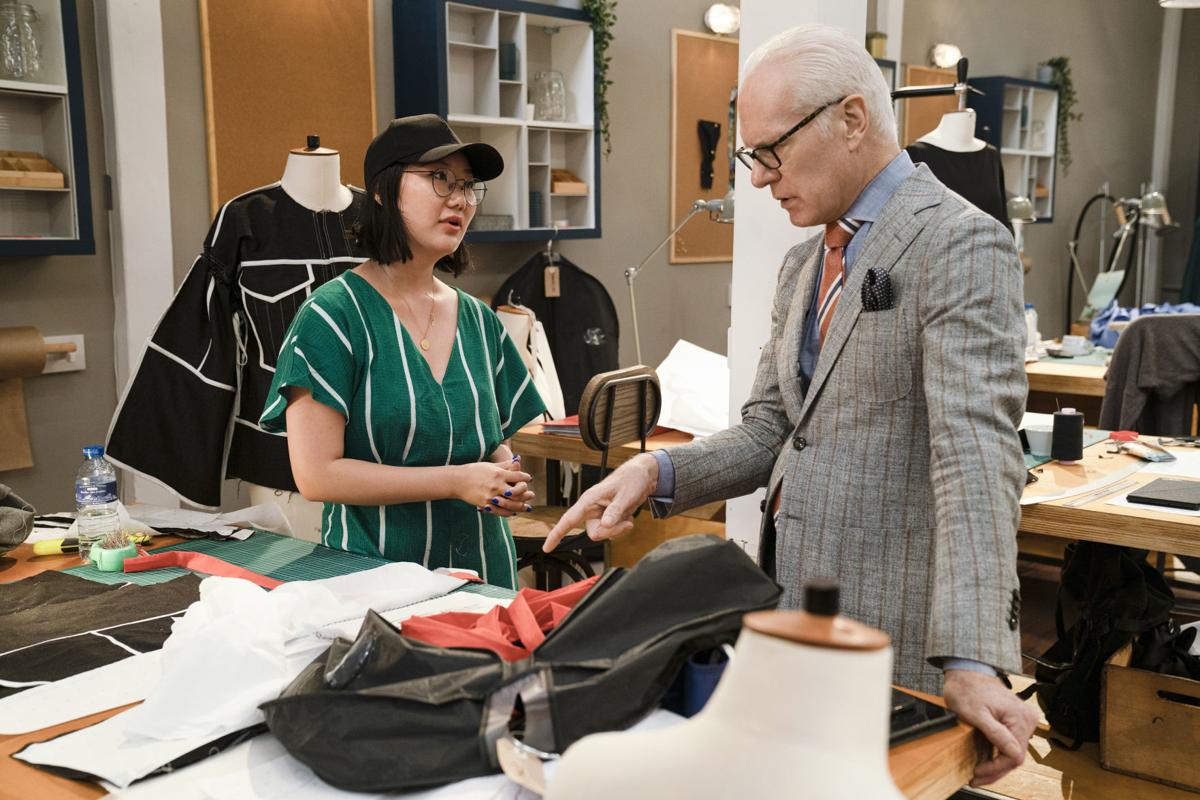 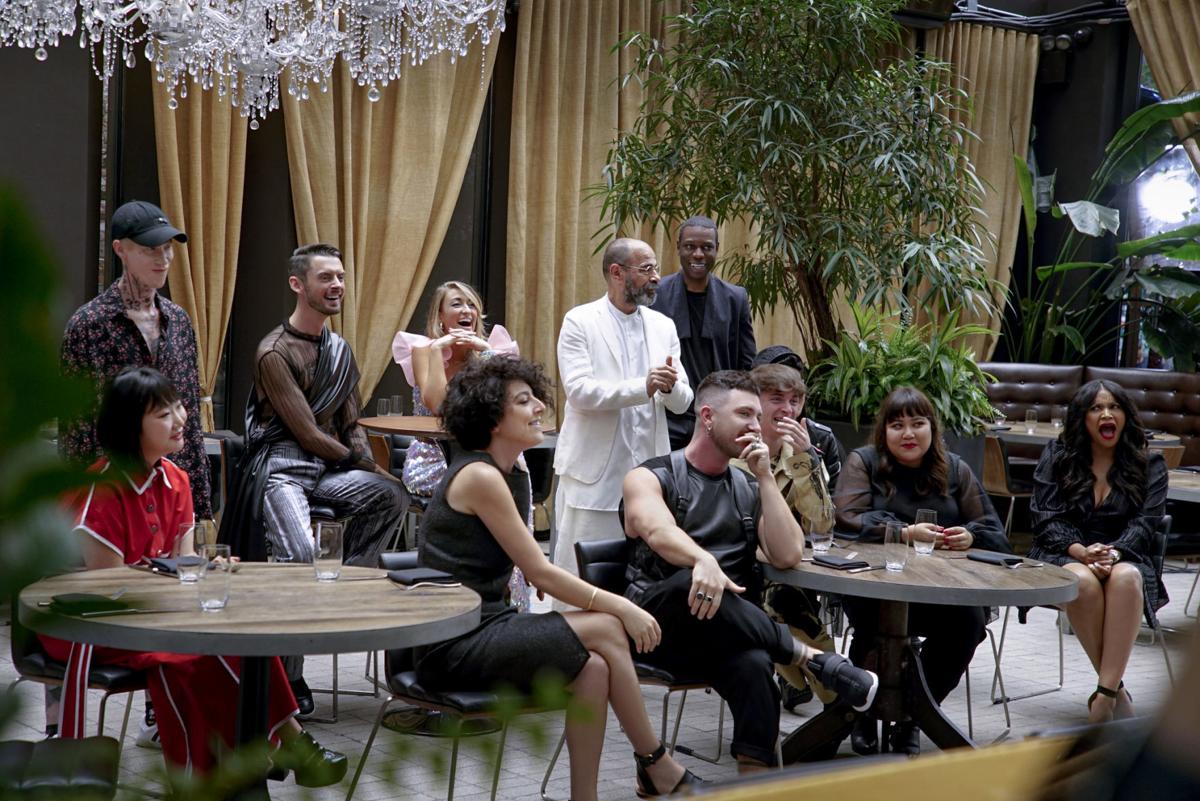 On “Making the Cut,” Martha Gottwald (in pink) and 11 others seek $1 million and a chance sell their line on Amazon.

Fashion designer Martha Gottwald credits luck, chance and Instagram with her landing a spot as a finalist on “Making the Cut.”

Tim Gunn and Heidi Klum have teamed up again for a reality show, “Making the Cut,” which features fashion designers who already have their own brands.

On “Making the Cut,” Martha Gottwald (in pink) and 11 others seek $1 million and a chance sell their line on Amazon.

“It was all chance and luck,” she said. And Instagram.

A producer from Los Angeles saw the Instagram page she created for her fledgling fashion line, Neubyrne, and called her.

About a year ago in March, she was just home from the hospital with a 2-week-old baby and a 2-year-old daughter. The producer said he was working on a new fashion show and looking for designers who already had their own fashion brand. Klum and Gunn were involved. He asked if Gottwald (yes, she’s a member of Richmond’s famous Gottwald family) was interested.

Klum and Gunn were the celebrity co-hosts on the OG fashion reality show, “Project Runway,” for 16 seasons.

Gottwald did a Skype interview and flew out to Los Angeles for a casting session. When she returned, she received an email telling her that she was one of 12 finalists.

“I was like, ‘Oh, my God! Oh, my God!’ It came at literally the worst time. We had just sold our house. We had a baby who wasn’t sleeping through the night and a 2-year-old. But our family was so supportive; they were like, ‘You got this. Don’t worry about it. You have to go,’ ” Gottwald said.

Gottwald left her newborn baby at home and flew to New York, where she was told to wait in a hotel room with a microphone taped to her back.

“The whole experience was surreal. I was sitting in the hotel room, miked up and sweating because I didn’t know what was going to happen next. A knock came at the door, and it was Tim Gunn and a camera crew,” she said. “I was like, ‘Oh, my God, I can’t believe this is happening to me right now.’ ”

On “Making the Cut,” 12 designers face off in a series of assignments — shot in New York, Paris and Tokyo — in the quest for the grand prize: $1 million to invest in their business and to sell their line on Amazon. The show premieres Friday, March 27, on Amazon.

“They’re looking for the next global fashion brand,” Gottwald said.

She started Neubyrne a few years ago when she and her husband were living in Singapore for his job with NewMarket Corp. Her first collection was inspired by the artisans and embroidery there.

The line is effervescent and fun — with sequin sleeve blouses, party dresses made out of ruffles and crop tops adorned with oversized pink bows.

“I use bright, bold, funky colors and patterns,” Gottwald said.

While the line inspires thoughts of socialites like Paris Hilton or actresses like Blake Lively, Gottwald says that as a mother of two young children, she doesn’t get the chance to go out very often, but she’ll wear a top or a dress from Neubyrne to pick up her kids at school.

“There’s nothing better than walking up to school in full sequins and to see the kids go, ‘Oh!’ It’s like dressing up as a princess [for everyday],” she said, laughing.

The price range for tops and dresses runs from $400 to $700. The Neubyrne line is carried locally at Nellie George at 5714 Grove Ave., as well as five other boutiques across the country. Clothing can also be purchased online at neubyrne.com.

As for her experience being on the show, Gottwald said it was inspiring.

“I’ll never forget being in that room in Paris, looking around and seeing everybody working on the coolest stuff I had ever seen. To see beautiful fashion coming together, it was incredible,” she said.

Originally from Baton Rouge, La., Gottwald never intended to be a fashion designer. She went to Sewanee for undergrad, where she met Daniel Gottwald, then to Paris her junior year when she studied at the Sorbonne.

When she got back to Sewanee, she suffered a near fatal car crash just before she graduated. In the wreck, her ribs were broken, her ear was nearly severed, she had a traumatic brain injury and was in a coma.

“I don’t remember three months of that summer. When I woke up, I didn’t know what year it was.”

After a year of rehabilitation and battling short-term memory loss, she made a full recovery. Before the crash, she thought she’d pursue a career in law. After, she decided to follow her passion and pursue fashion.

“I’m literally a miracle,” she said.

Now, she’s looking forward to watching her TV debut on “Making the Cut” on Friday.

“We were going to throw a big party with all the designers, but obviously, now, things have changed,” Gottwald said. She’s planning to watch “Making the Cut” at her home in Henrico County near River Road with her husband and two kids.

And if there’s one thing she learned about reality TV, it’s this:

“You would never know seeing people on TV how much a [taped] microphone can rip off your spray tan,” she said, laughing. “I love backless clothing. And I’m a spray-tan psycho. You forget that a microphone really presents a problem there.”

"Making the Cut" premieres Friday, March 27 on Amazon and will stream two new episodes every Friday for five weeks.