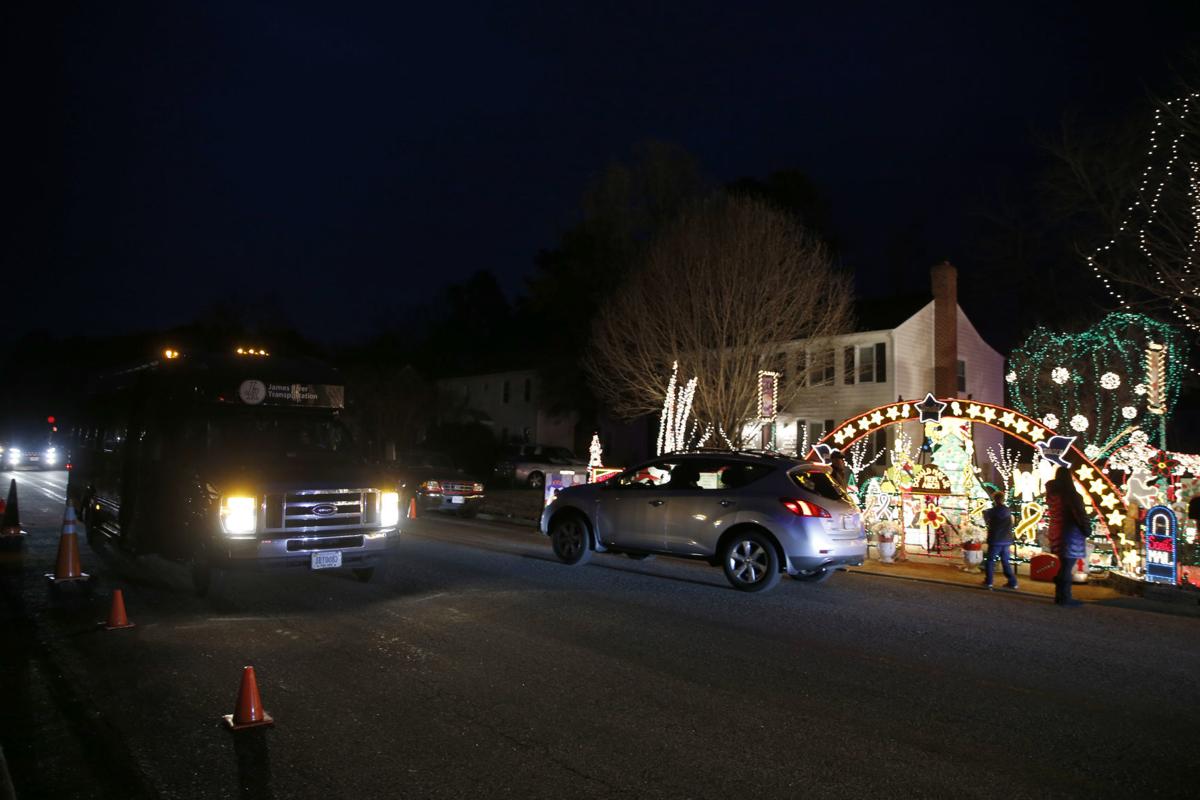 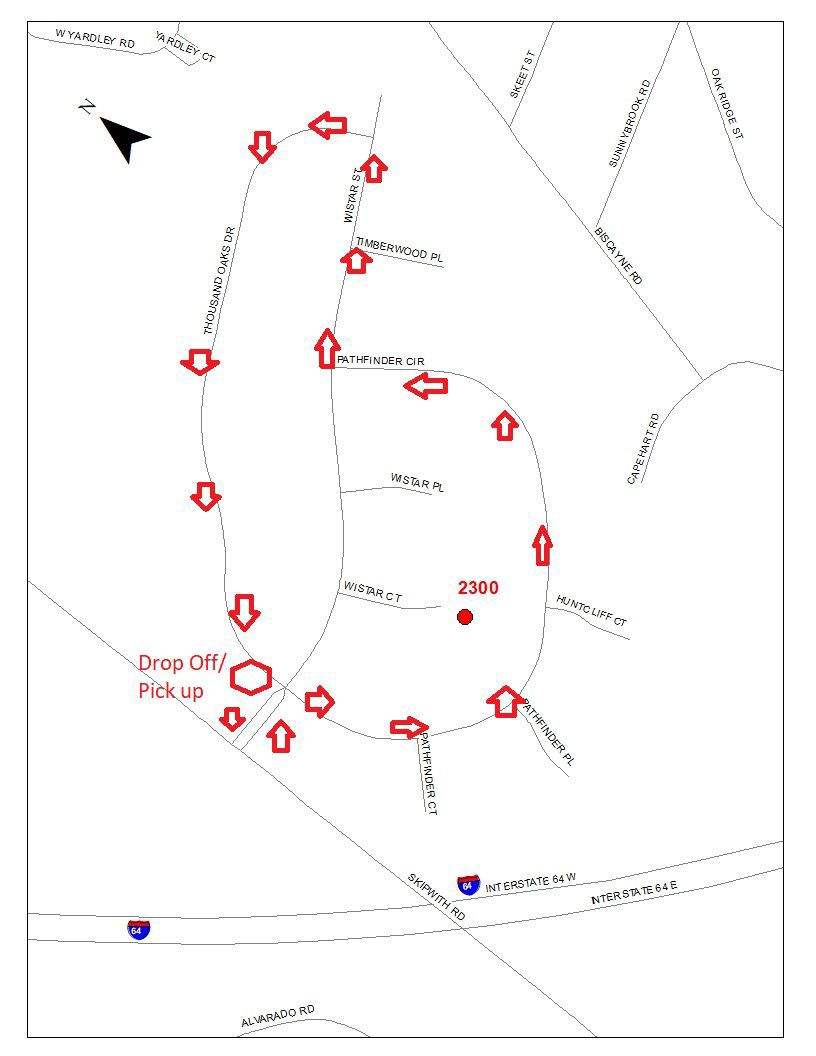 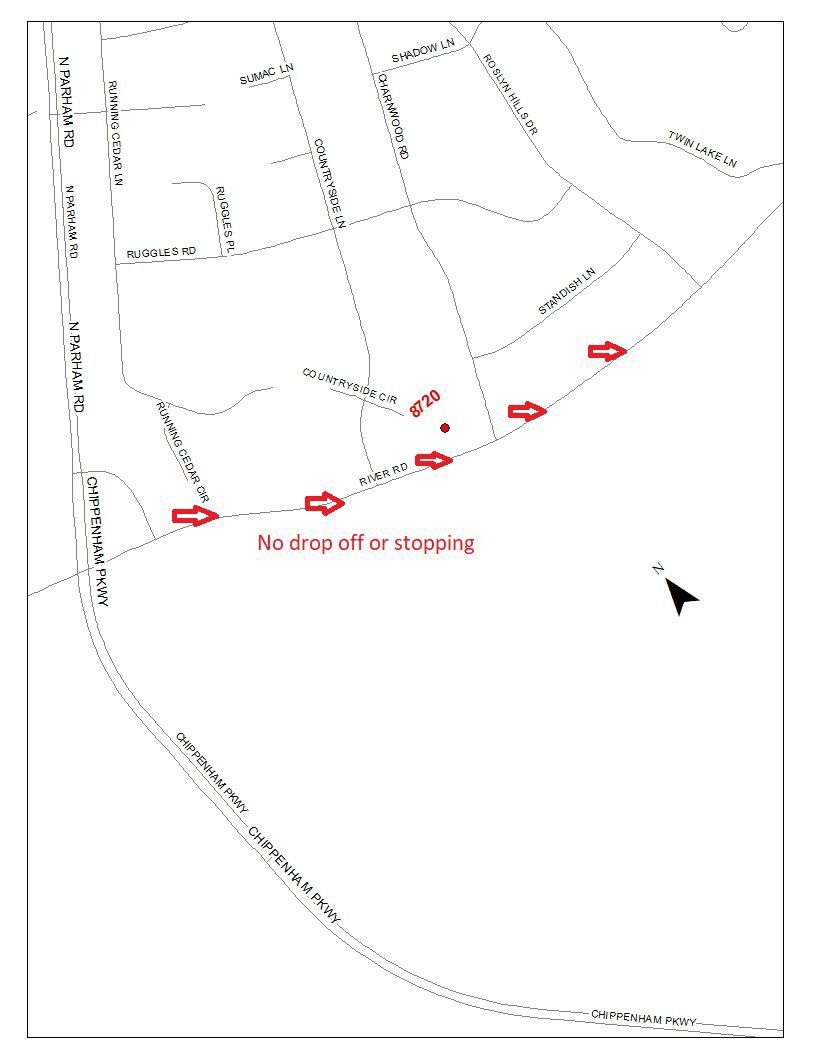 Suggested route for seeing the holiday lights at 8720 River Road. 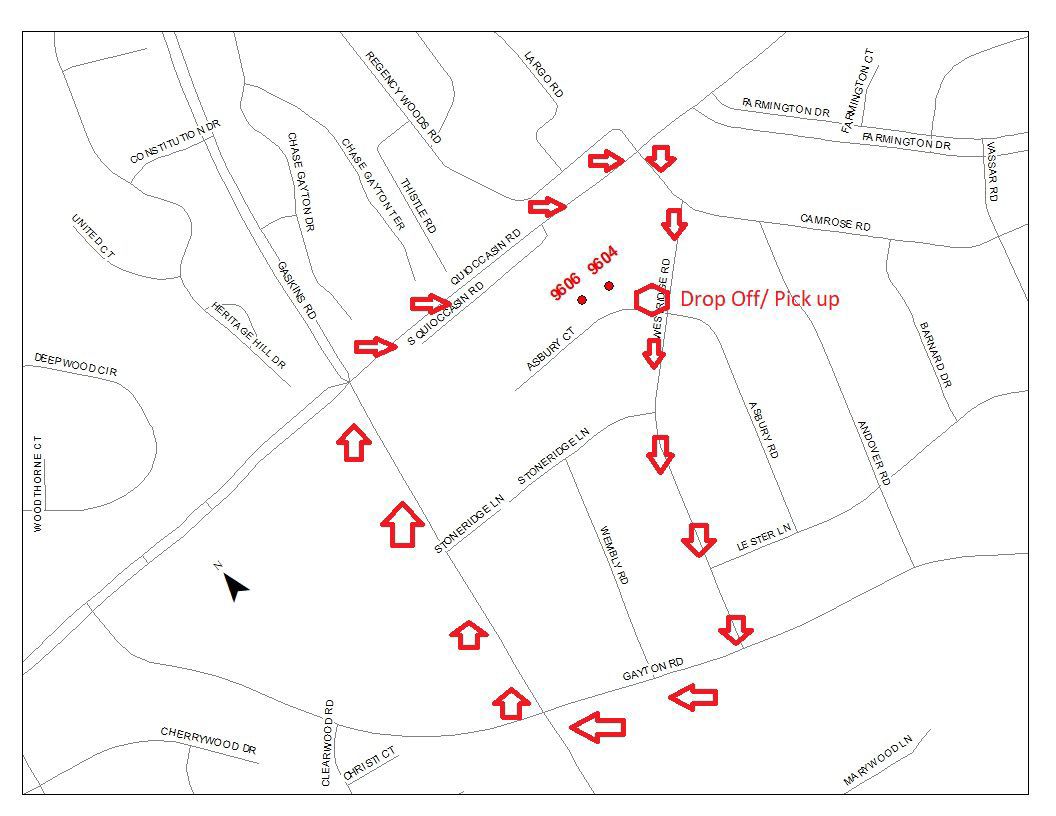 Suggested route for seeing the holiday lights at 9604 and 9606 Asbury Court. 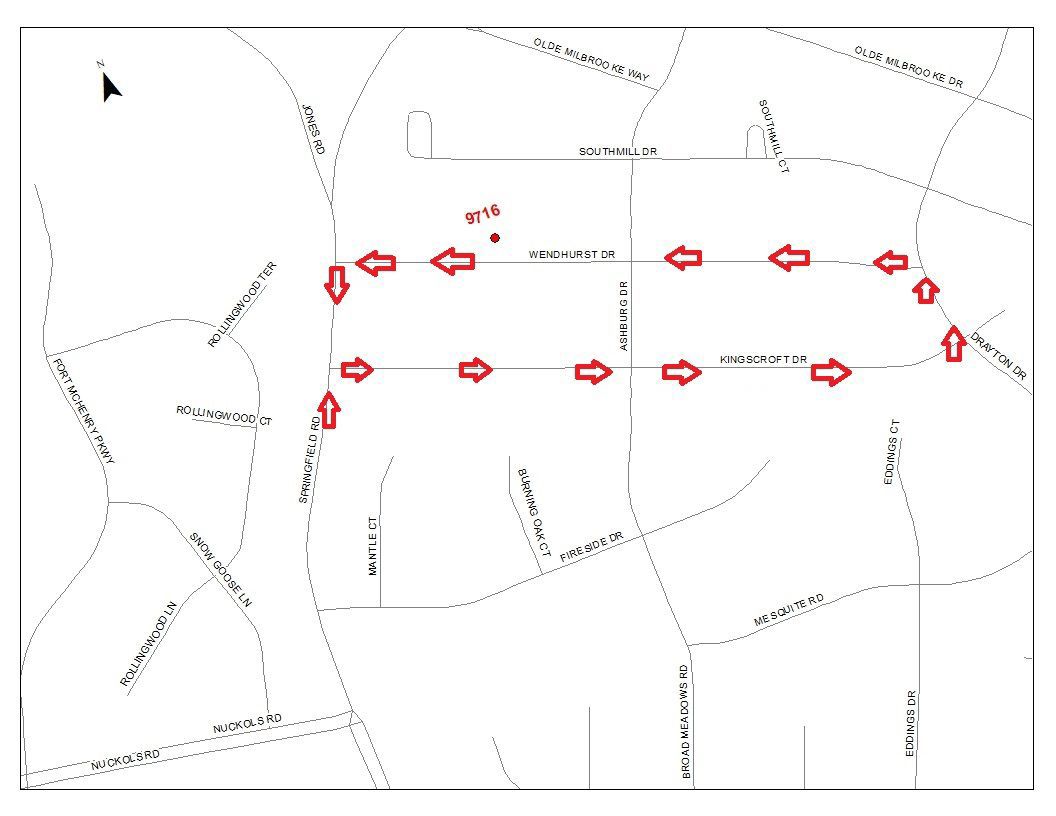 Suggested route for seeing the holiday lights at 9716 Wendhurst Drive. 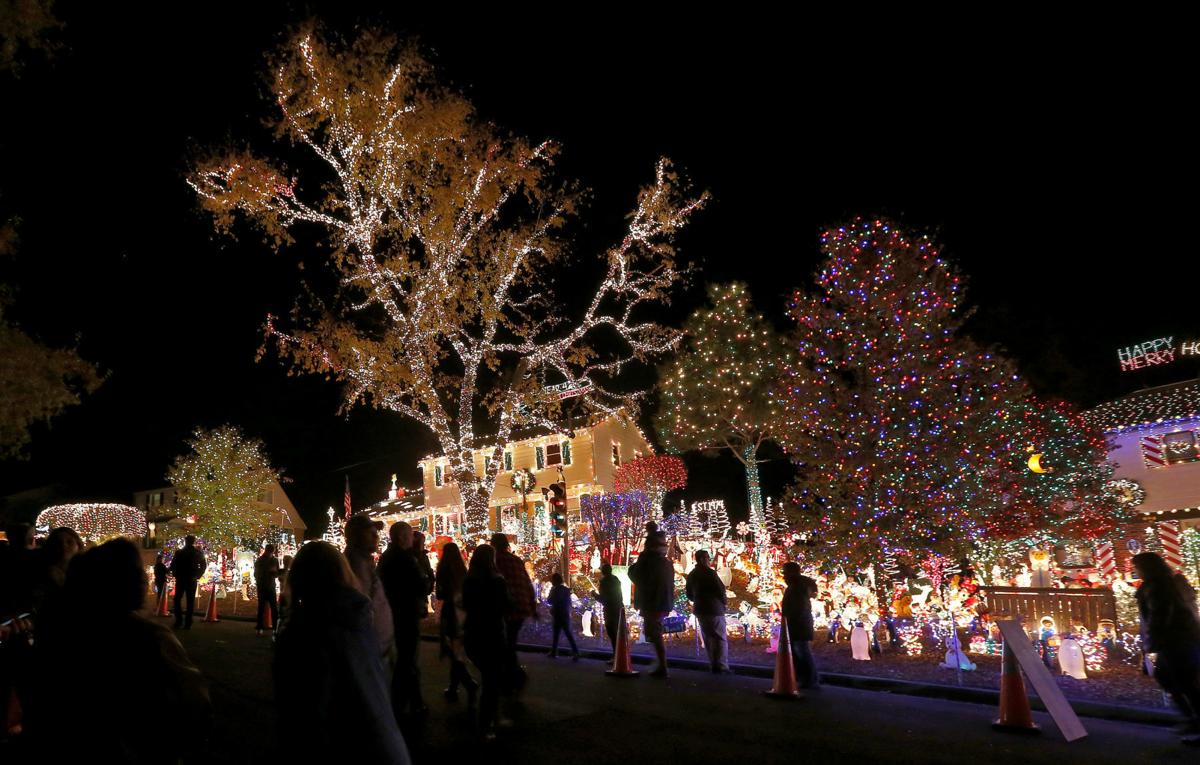 Tacky Lights houses that draw the largest crowds, such as 9604 and 9606 Asbury Court, are the primary problem areas on the tour, Henrico County police say. 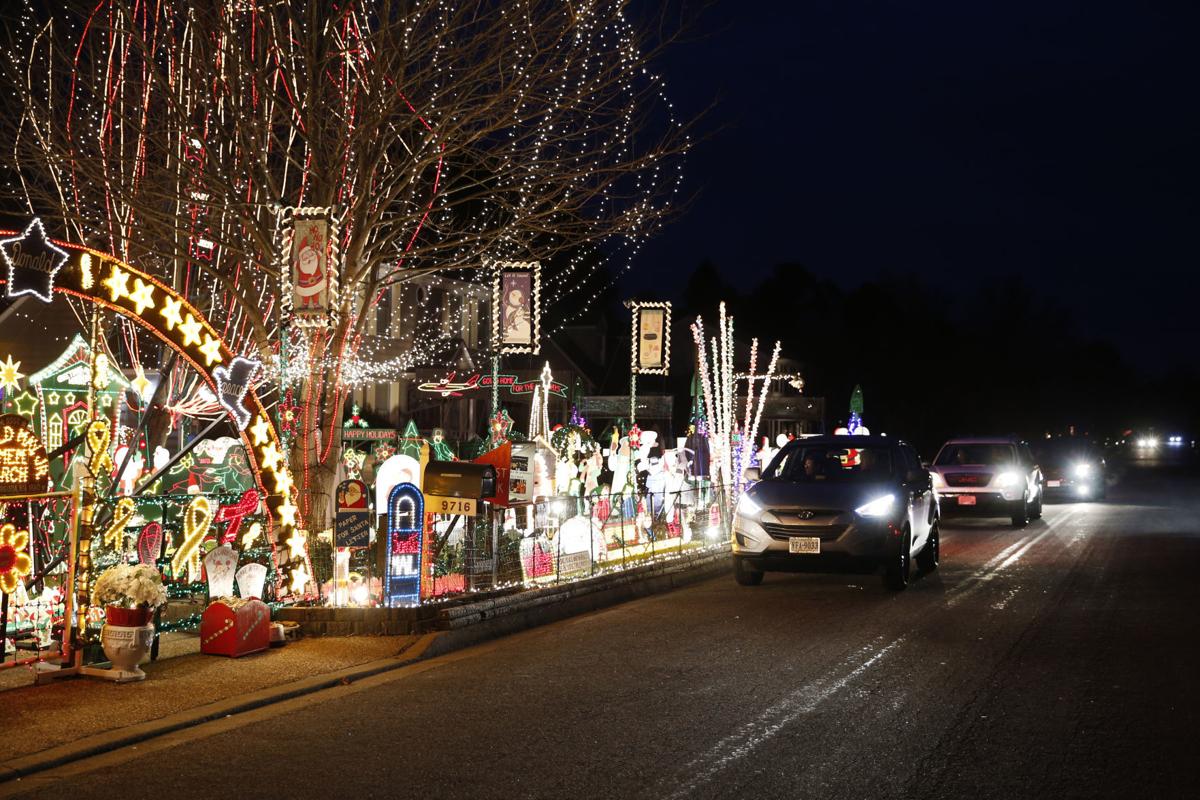 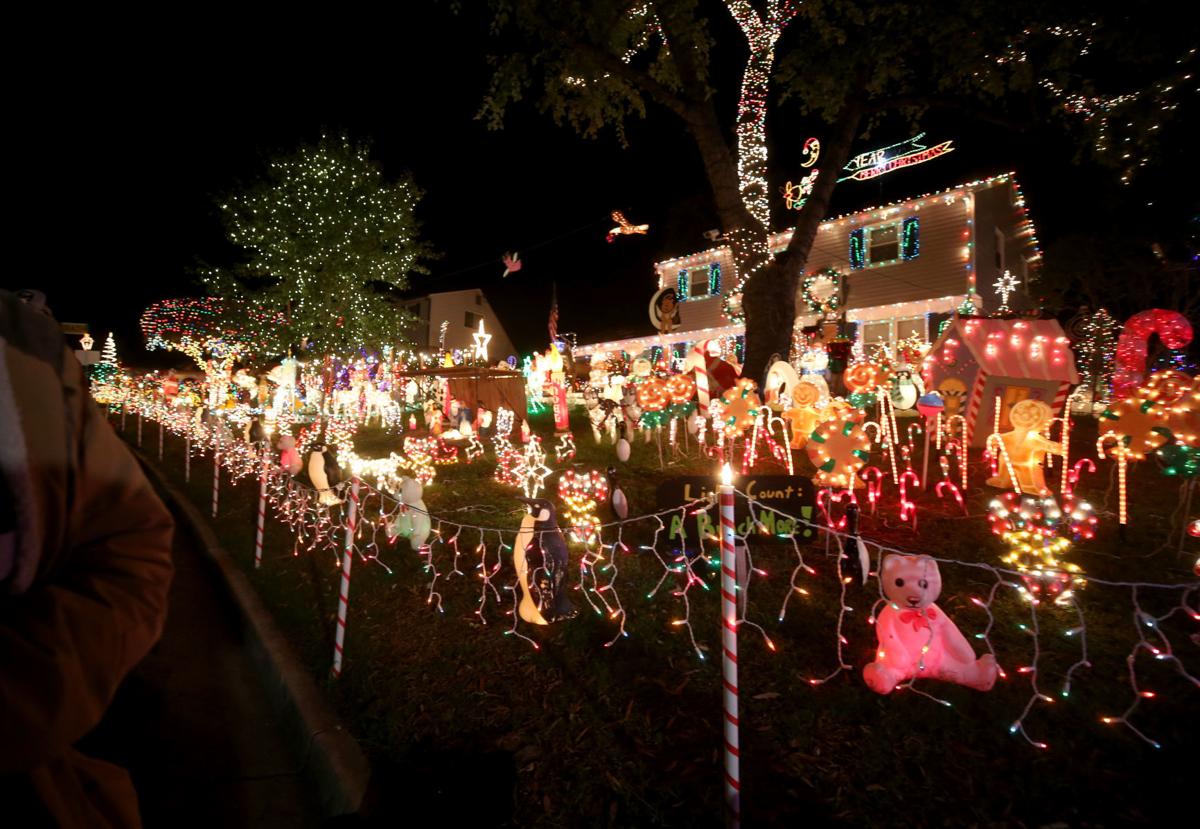 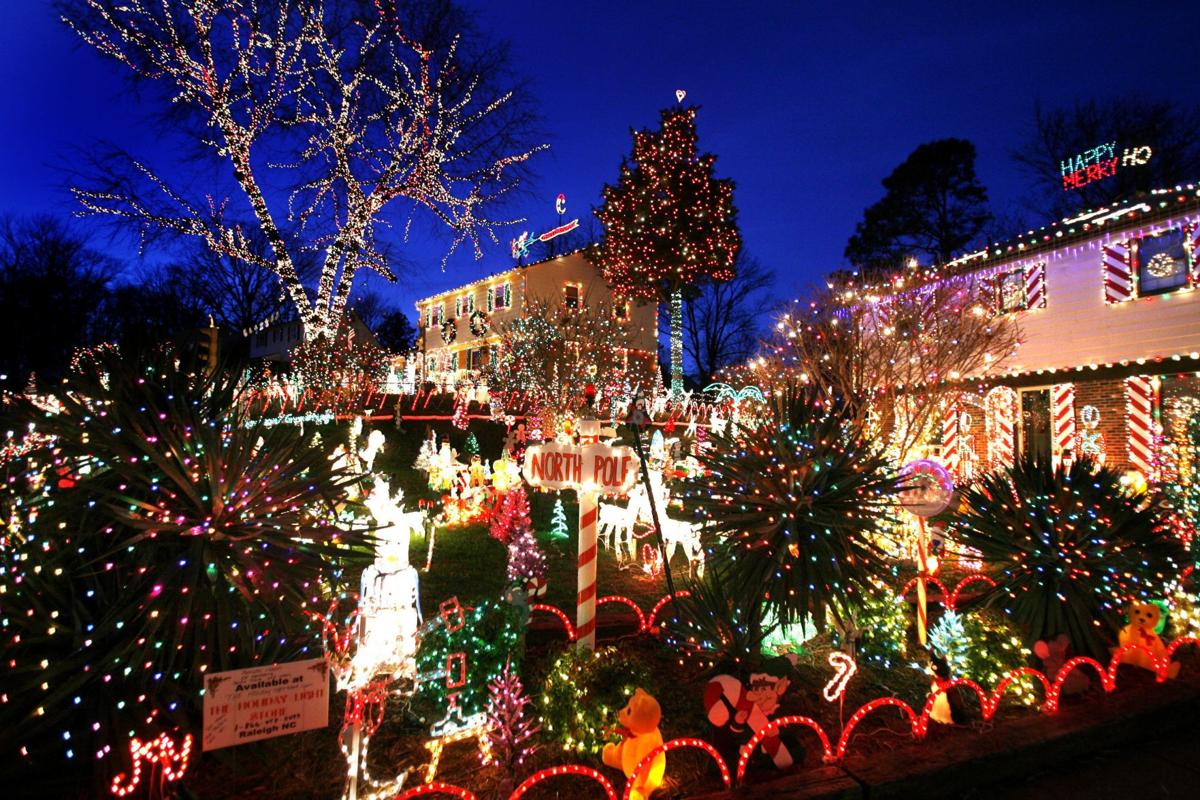 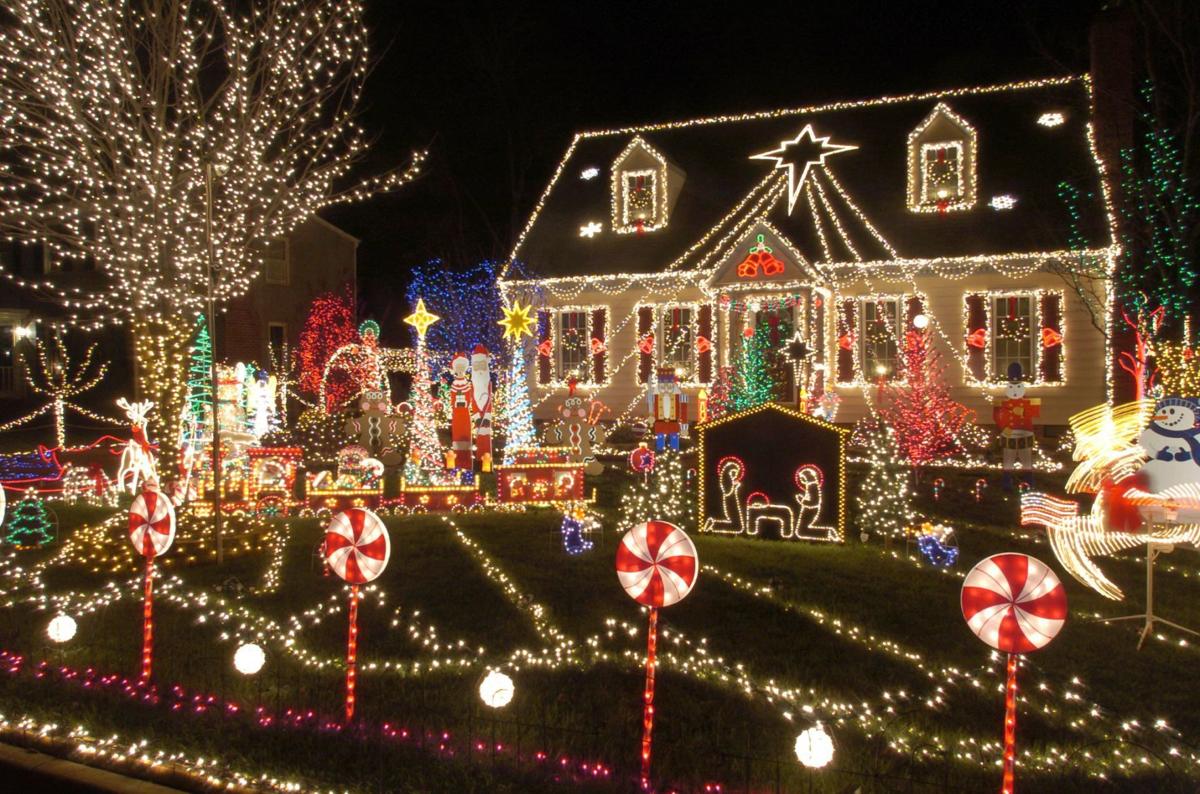 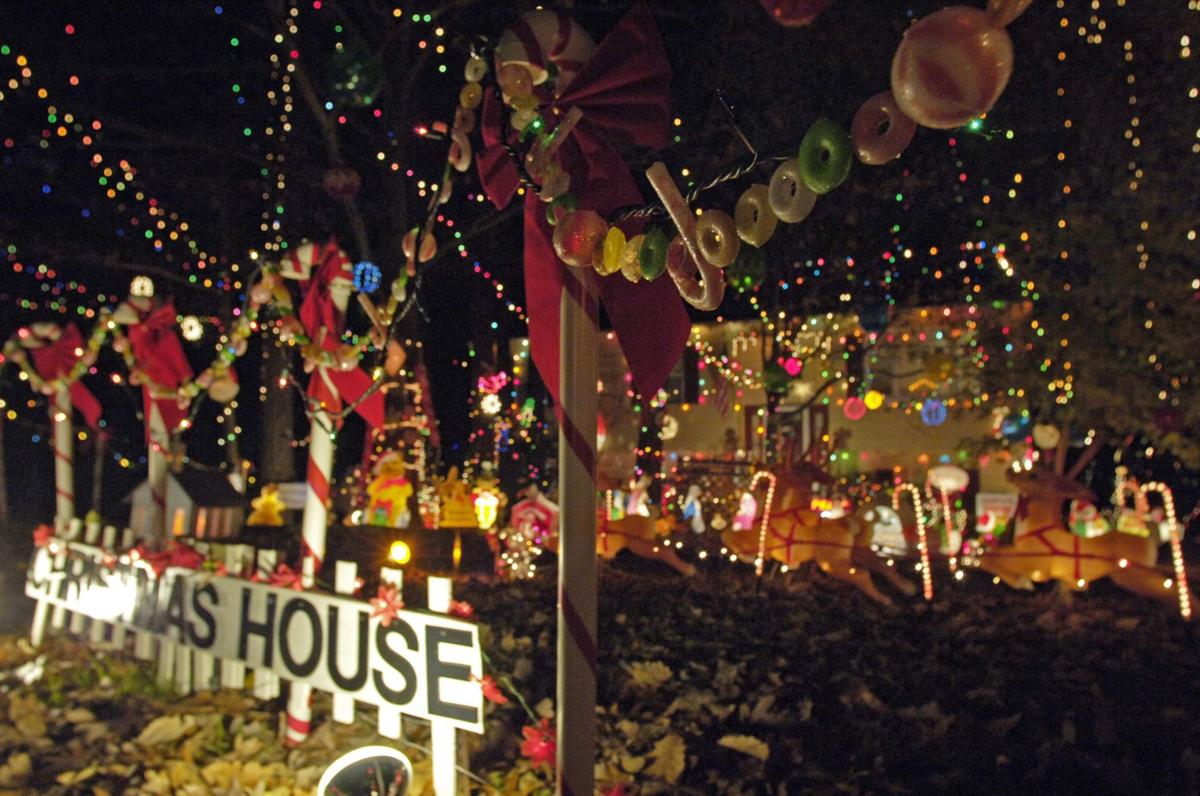 Henrico police will be in congested neighborhoods on bicycles and on foot to patrol and write tickets for certain bad behaviors. 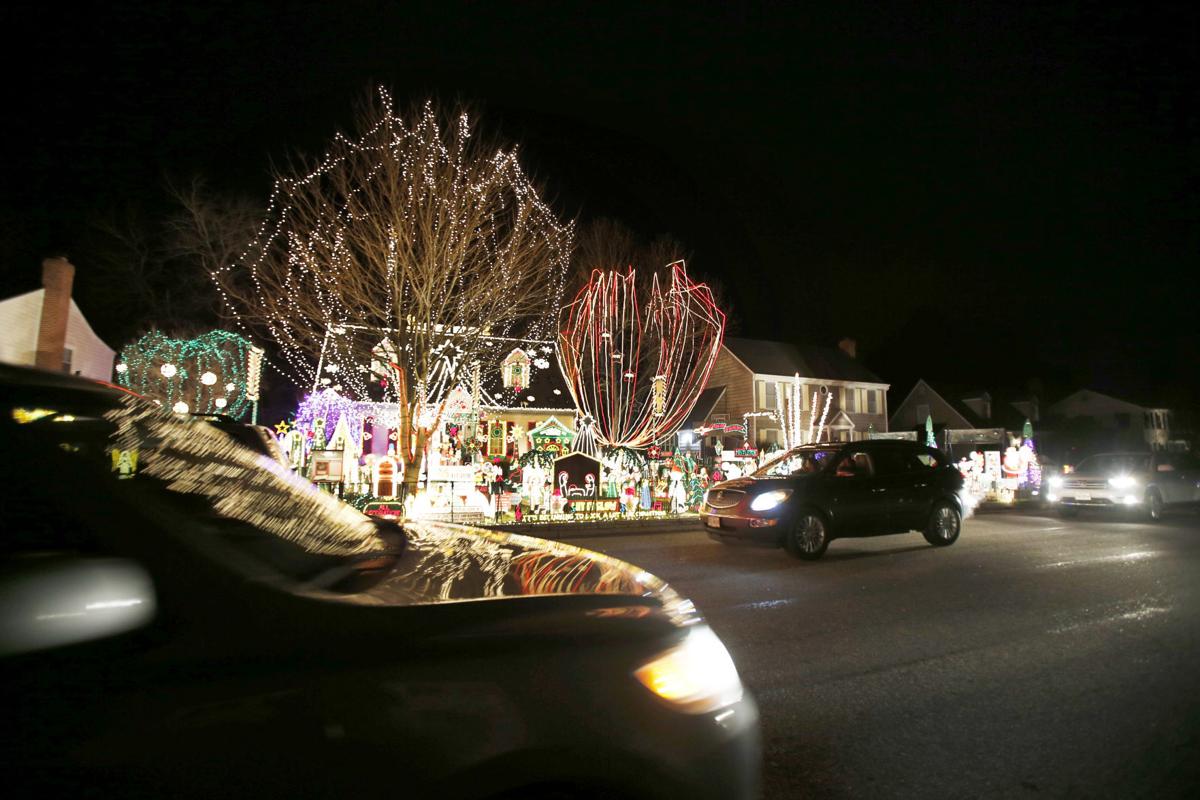 The owner of popular Tacky Lights spot 9716 Wendhurst Drive has hired off-duty law enforcement for some nights to keep the crowds moving.

Suggested route for seeing the holiday lights at 8720 River Road.

Suggested route for seeing the holiday lights at 9604 and 9606 Asbury Court.

Suggested route for seeing the holiday lights at 9716 Wendhurst Drive.

Tacky Lights houses that draw the largest crowds, such as 9604 and 9606 Asbury Court, are the primary problem areas on the tour, Henrico County police say.

Henrico police will be in congested neighborhoods on bicycles and on foot to patrol and write tickets for certain bad behaviors.

The owner of popular Tacky Lights spot 9716 Wendhurst Drive has hired off-duty law enforcement for some nights to keep the crowds moving.

But the neighborhood displays also bring issues, such as snarled traffic, drunken and disorderly behavior and people using the bathroom on lawns after a long night of partying.

“There’s a before-9 p.m. crowd and an after-9 p.m. crowd,” said Al Thompson, owner of the home at 9716 Wendhurst Drive, a popular Tacky Lights stop in Glen Allen that won $50,000 on “The Great Christmas Light Fight” a few years ago.

“After 9 p.m. on a Friday or Saturday, I go from enjoying myself at my house to putting up with drunks,” Thompson said. “That’s when you see all the party buses come up, and loud, obnoxious people get off.”

Henrico County police called a meeting with the Virginia Limousine Association a few weeks ago to address residents’ concerns about the negative effects of Tacky Lights tours.

The primary problem areas, according to Henrico police, are the houses that draw the largest crowds, such as 9604 and 9606 Asbury Court and 2300 Wistar Court in the western end of the county.

Bill Jones, owner of 9625 Peppertree Drive, a popular home in western Henrico with a firetruck as part of the display, has had a party bus break down in his driveway, people climb on his roof and his firetruck, and folks urinate in his backyard.

“The old saying ‘nothing good ever happens after midnight’ is close to our new saying,” Jones said. “Nothing good ever occurs on the Tacky Light tour after 10 p.m. So we cut [our lights] off at 10 p.m.”

Since then, he hasn’t had any problems.

Henrico police urged limo and bus drivers to add bathroom breaks into their Tacky Lights tours, some of which run up to three hours, to stop guests from relieving themselves in public.

Price also said that Henrico police will be sending officers into congested neighborhoods on bicycles and on foot to patrol and write tickets for drunken and disorderly behavior and urinating in public.

“People who live in the area are blocked from getting into and out of their driveways,” Price said.

Some areas with elderly residents are worried about emergency vehicles being able to get in and out of their neighborhoods, especially at Asbury Court, a cul-de-sac where traffic comes to a virtual standstill.

Bobby Phifer, owner of 9604 Asbury Court, said that when he can see vehicles’ taillights on Quioccasin Road from his house, that’s when he knows it’s a 45-minute wait for people to see the holiday lights. Near Christmas, some people will wait an hour or more just to see his double-house display.

The buses and limos need to “quit double parking,” Phifer said, in front of the display.

Buses and limos should park at the bottom of the hill and let their tourgoers explore the display on foot, he said.

“We need a common-sense approach to traffic in some of these problem areas,” said Glenn Stafford, president of Love Limousine.

Henrico police, along with a handful of the tour operators, drew up sample tour routes for some of the more popular destinations on the Tacky Lights tour, to keep traffic moving in one direction.

At Wistar Court, for example, buses and limos are encouraged to drop off visitors at Thousand Oaks Drive and Wistar Street to see the house and then loop back around to pick them up.

Henrico police will be patrolling the high-traffic areas mentioned above for double-parking.

“There will be a higher police presence this year,” Price said. He has retired since the meeting, but Henrico police confirmed there will be an increased presence to address these concerns.

“I live on this cul-de-sac and have put up with trash, noise and traffic blocking the entrance to my home for the past 32 years,” Callie Stuart, a neighbor on Wistar Court, said. “You would not believe how people … have no regard for what should be a peaceful residential community. A lot of them act like they are going to Kings Dominion or Busch Gardens for entertainment.”

Phifer added: “When I’m walking around picking up wine glasses and beer bottles from the buses and limos, [I’ve got to wonder], ‘Do y’all think I’m making money off of this?’ I’m not saying they should give us money. But have some respect. They should come out here and pick up all the trash.”

Thompson of Wendhurst Drive has hired off-duty law enforcement for the Friday and Saturday nights before Christmas to protect his property and to keep the crowds moving.

Tacky Lights tours have become big business for local bus and limo companies, with rates from $29 per person for a bus tour to $300 to $500 or more for a private limo. Many of the weekends before Christmas are already booked, limo drivers said.

Despite the problems, Phifer and others continue to decorate because it’s part of their holiday tradition and a way to spread holiday cheer.

“If you decide to decorate and do this, these problems are part of it; they come with it,” Phifer said.

“We don’t [decorate] for the limos and buses,” Jones said. “We do it for the kids and adults.”

Kudos to Henrico Police for actively addressing these events before the drunken behavior of a few erupts into violence .

There is not much one can do as people have a right to decorate their home and private property. Besides, how does one define what is excessive or tacky; what is the line? Folks may be missing the true problem: the visitors coming to view the decorations. As long as they drive by slowly without stopping, they are fine. But when they stop and get out of their car and trespass on private property without permission, the police should take action. When people hear of a few arrests, it would alleviate the problem significantly. And again, this is just approximately 3 weeks out of the year. Lighten up.

Not questioning anyone's right to decorate. I draw the line at interference with one's peaceful enjoyment of their own property which is considered a valid right. If it becomes an issue of blocked driveways and emergencies, that's not good either. Perhaps there's some value to subdivision covenants that would forbid this kind of excessive nonsense if the county doesn't have ordinances.

Thank you Henrico County police for planning this. Appreciate all you do

I have an answer: lawsuits. Do people voluntarily live in a neighborhood with a "tacky lights tour"-level house? I wouldn't. I think they qualify as a public nuisance.