During the pandemic, the Virginia Museum of Fine Arts has furloughed 221 part-time employees. 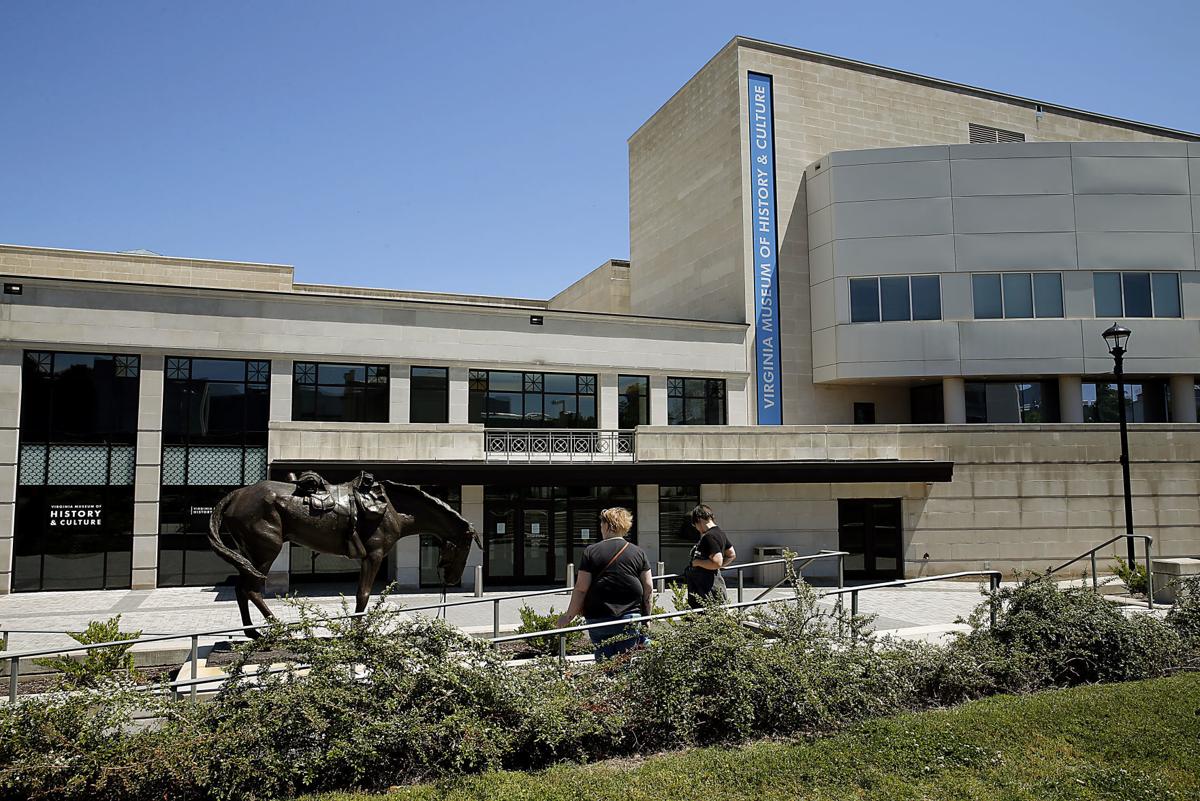 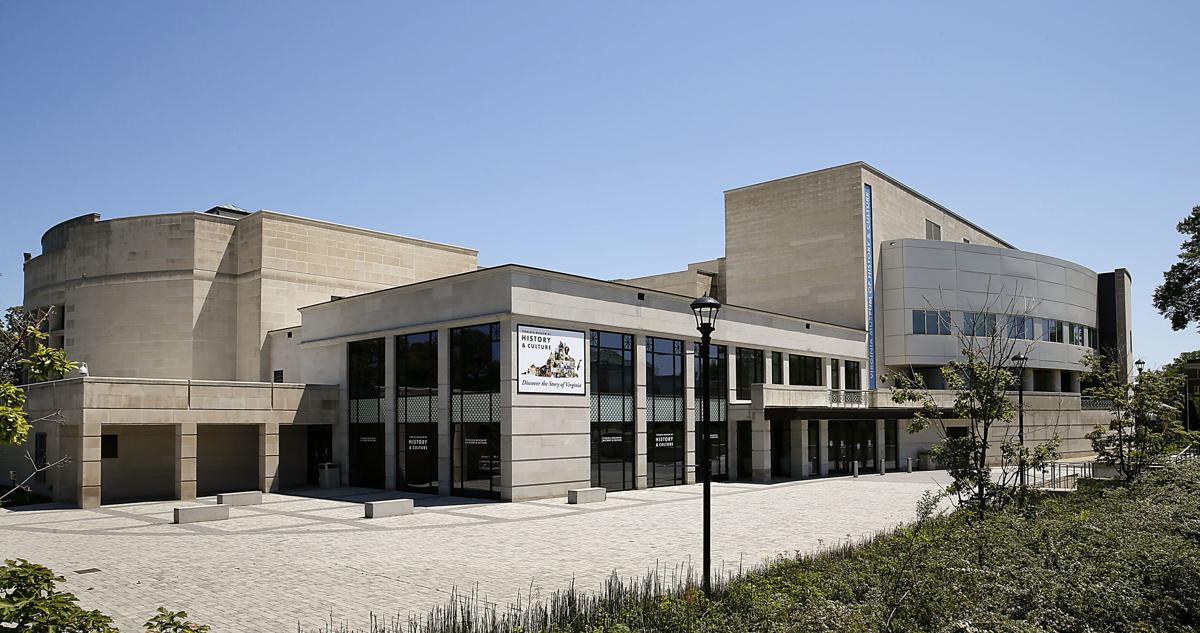 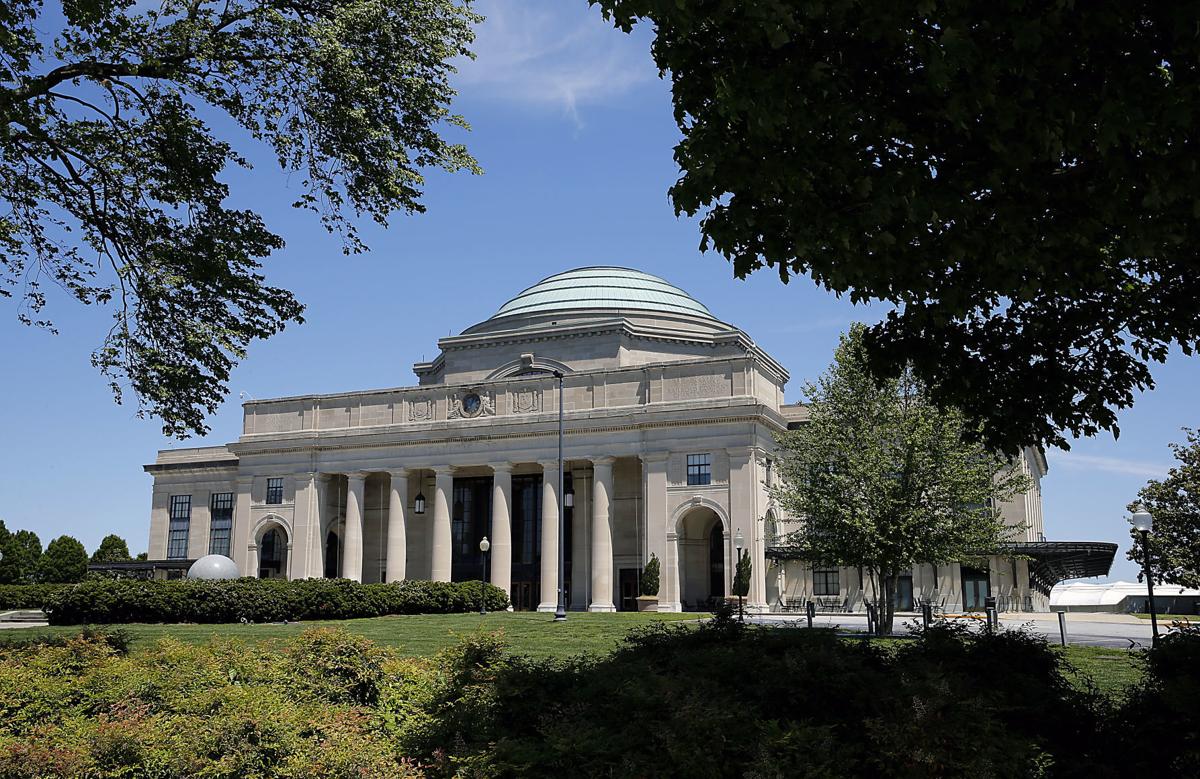 On reopening, the Science Museum of Virginia will move visitors in a “linear flow.”

During the pandemic, the Virginia Museum of Fine Arts has furloughed 221 part-time employees.

On reopening, the Science Museum of Virginia will move visitors in a “linear flow.”

Local and state museums in Richmond — including the Virginia Museum of Fine Arts, the Science Museum of Virginia and the Valentine — shut their doors in mid-March at the start of the coronavirus outbreak.

Now, two months later, after some local museums have lost millions in revenue and suffered staff reductions, they are waiting to reopen to the public.

“We had no idea that two months later, we would still be closed. [The first day we closed,] I was at the museum around our normal opening time thinking to myself, ‘Two weeks. We can manage this,’” said Alex Nyerges, director of the Virginia Museum of Fine Arts.

Many local museums are planning for a coordinated series of openings in mid-June, depending on when Gov. Ralph Northam lifts restrictions.

Whenever museums do reopen, what they do know is this: “The museum experience will change,” said Bill Martin, director of the Valentine. “At least in the short term.”

For starters, many museums, like the Valentine and the Virginia Museum of History & Culture, are considering opening with time-reserved ticketing in place to control crowds and stagger visitors.

“Showing up to a museum on a weekend with a large group of people probably isn’t going to happen for a while,” Martin said.

At the Science Museum of Virginia, “We’re planning to have a reservation-type system with a reserved time slot for controlled attendance, dramatically limiting the amount of people who can be here at one time,” said its director, Rich Conti.

Many museums will be providing a controlled path through their galleries to help control the flow of traffic and to avoid potential bottlenecks.

“Our priority is to start slow, with a low capacity of regular time slots throughout the day, to give people breathing room throughout the galleries,” said Jamie Bosket, president and CEO of the Virginia Museum of History & Culture.

At many museums, visitors will arrive through one entrance, follow a guided path through the museum, and leave through a separate designated exit to prevent crowds from crossing paths.

At the VMFA, for example, visitors will enter at the McGlothlin Wing and exit through the Education Entrance.

“We’ll be implementing that as long as we feel it’s necessary and prudent,” Nyerges said.

At the Science Museum, “We’re thinking of a linear flow that will bring you from one gallery to another,” Conti said.

Here’s what else will be different:

PPE: Many museums are still discussing what the appropriate level of personal protective equipment should be, not only for the staff, but also for visitors.

At the VMFA, Nyerges said all staff will be wearing masks and gloves when they’re working in public areas. The museum is looking into installing plexiglass shields in certain areas like the customer service counter to protect staff and visitors.

At the American Civil War Museum, a spokesperson said its staff is planning to follow what other museums do when it reopens.

“We expect that masks will likely be required by visitors and staff as part of a larger safety and hygiene strategy,” said spokesperson Jeniffer Maloney.

Sanitizing and cleaning: All museums are working on aggressive cleaning and sanitizing strategies for when they reopen.

“We’ll be doing extra sanitizing of every square inch of the museum, doing a deep cleaning of all offices and public spaces” at the VMFA, Nyerges said.

At the Science Museum, high-touch surfaces — like elevator buttons and handrails — will be wiped down once an hour versus once a day pre-coronavirus, Conti said.

Financial hit: Like restaurants and businesses, museums have taken a massive financial hit from the coronavirus. For many museums, shutting down for eight weeks has cost millions, and they’ve had to lay off or furlough staff.

“We lost between one and a half million to two million [in revenue] from the closure,” Conti said. “It’s pretty dramatic. This was not a good time for it to happen.” He said that if the closures continue, the museum will probably face more personnel changes.

“Like everyone, we’ve cut every dollar of discretionary spending. We bought a lawnmower and are cutting our own grass to eliminate landscaping costs. It’s what you do to survive,” he said.

A ‘shared’ museum experience: Local museums have been meeting — via Zoom — to come up with a set of shared protocols for what the “new museum experience” will look like, at least in Richmond and the surrounding counties, when they reopen.

“We want to convey a sense of solidarity and comfort [with the public] that we’re using similar practices,” Conti said.

“We want people to feel safe, comfortable and invited,” Bosket said. “I think the more similarities we have [between museums], the easier it will be for people to prepare and to feel comfortable.”

Theaters closed: Most theaters inside museums will be closed, at least temporarily, when museums reopen, like the Leslie Cheek Theater at the VMFA and the IMAX Dome at the Science Museum.

Big events canceled: Events that would have drawn a large crowd at most museums have been canceled or rescheduled.

“The reality is that we’re going to do everything we can to mitigate the chance of having massive crowds,” Nyerges said.

Many museums, like the Virginia Museum of History & Culture and the Science Museum, have moved their lecture series and webinars online and ramped up digital offerings, like VMHC’s new Thirsty Thursdays with Richmond Beeristoric, where viewers can learn more about Richmond’s beer history.

Restaurants and cafés: The VMFA is hoping to reopen the café, Amuse restaurant and the retail shop at the same time when the museum reopens. But there will be changes, like disposable menus at Amuse, and servers potentially in masks and gloves.

“Treasures of Ancient Egypt: Sunken Cities,” the new ticketed exhibit coming to the VMFA that was scheduled to open in May, had to be rescheduled. Now, the museum is hoping it will open around the Fourth of July and be extended into January. But nothing is certain. The Egyptian Ministry of Culture will be sending a courier to oversee the opening of the crates, and those plans are still being finalized.

At the Valentine, an exhibit on 1920s fashion in Richmond that was set to open in May will be rescheduled, tentatively, to July 20.

At the Science Museum, a summer exhibit called “Planet Shark” was planned to arrive from Australia, but organizers are still figuring out whether it can be held at the museum now amid all the changes.

Staffing: While many staff will be required to work on site — such as customer service, security and retail — others may be allowed to continue to telework at some museums like the VMFA and the Science Museum, depending on the position. But those plans are currently being worked out.

Outdoor spaces: At the Valentine on Monday, officials reopened the garden to the public to serve the doctors in the neighborhood.

“Museums are the chance to slip away and reflect. This [pandemic] has been a lot. We as a culture are going to need to break and think. What better place than to come sit in front of a beautiful painting or walk through a beautiful garden or see a great house?” Martin said.

Agecroft Hall is also hoping to open its gardens to the public sooner than the building’s reopening. Visitors will likely be encouraged to wear masks.

The Richmond Shakespeare Festival, typically held at Agecroft throughout the summer, may be moved to the late summer or early fall.

“We are currently working through the logistics, but our vision is to host an abbreviated festival,” Anne Kenny-Urban, Agecroft’s executive director, wrote via email. “Instead of constructing the usual theater in our outer courtyard, we will install the stage on the back lawn. This will allow patrons to safely socially distance from one another in their own chairs and on their own blankets spread across the lawn.”

It won’t go back to normal all at once: Museums don’t expect audiences to flock to their galleries when they reopen. Directors say it could take weeks or months before people feel comfortable enough to return to public spaces like museums and historic sites.

“With the research that we’re seeing, there will be a significant period of time before people are comfortable going to a public gathering place,” Bosket said. “And we have to be prepared for that.”

Regardless of when the museums reopen, many are planning to see reduced visitors and reduced revenue for weeks or months, and potentially through the end of the year.

The outlook for many museums, at least for the near future, “is a little bleak,” Conti said. “We’re in the people-and-places industry.”

Maybe they can sell that goofy, anachronistic, dude-on-a-horse Wiley statue. They blew millions on that affront to Richmond's history.

If only we could quarantine racism.

It’s like cockroaches. You have to keep stamping it out but it flees when you cast light on it.

And those who ascribe racism to any opinion with which they don't agree. Who's the racist? Your deck of race cards must be almost depleted.