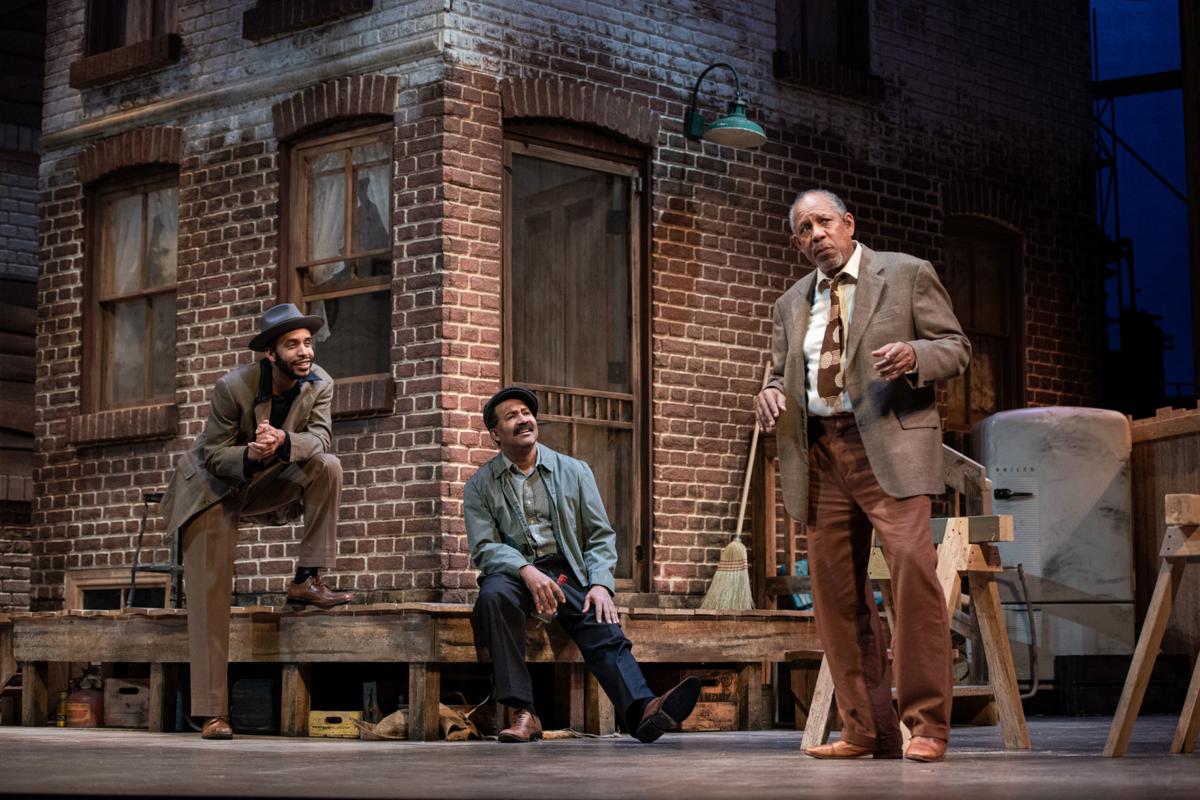 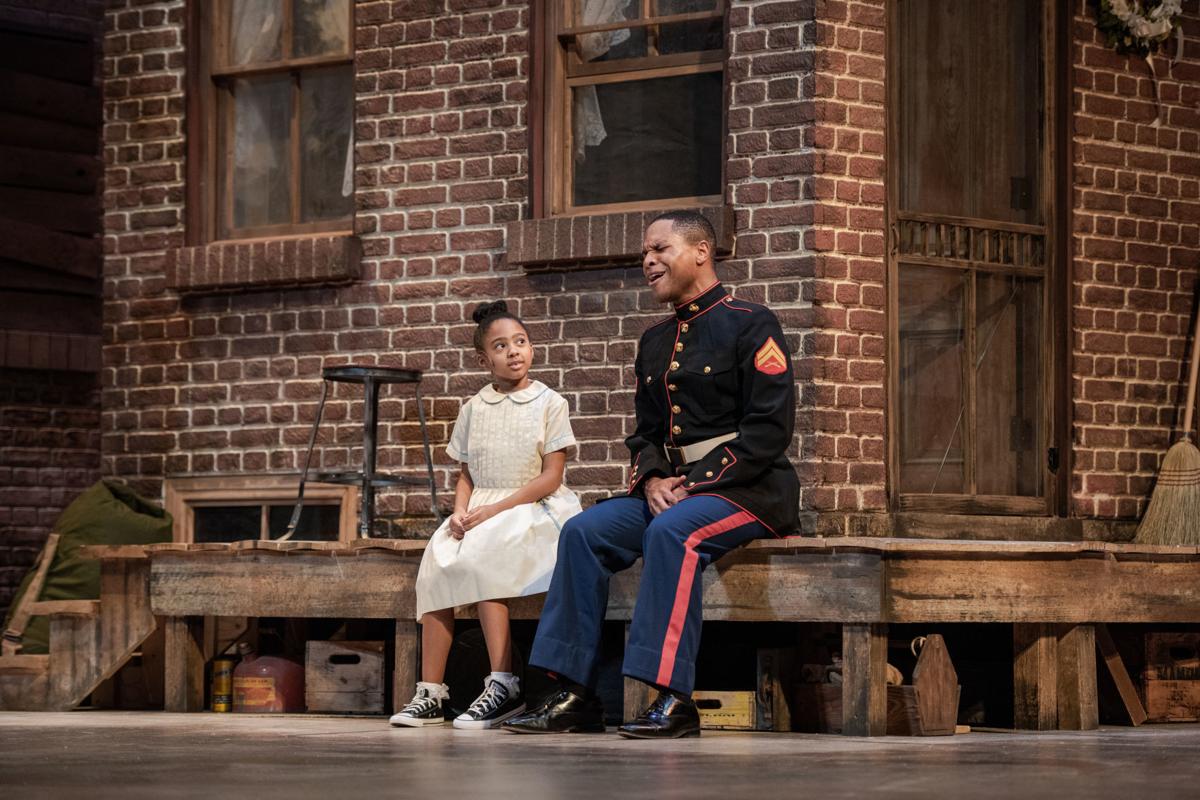 If comfort is to be found in August Wilson’s Tony Award-winning “Fences,” it may come from knowing that we have put ourselves in the hands of a master observer, a careful, unflinching chronicler of African American life and times whose famous series of 10 Pittsburgh-based dramas spans the decades of the 20th century.

But “Fences,” penned in 1985 and also the winner of the Pulitzer Prize for drama, is never satisfied with simply offering broad brush strokes in its portrait of Troy Maxson, a despairing onetime Negro league baseball player who chronically gets in his own way.

Instead, it pokes us over and over — and maybe once too often — with the endless granular details of middle-age frustration.

Set in 1957 and sixth in Wilson’s “Century Cycle,” this portrait of existential despair — staged beautifully at Virginia Rep’s November Theatre on a richly detailed and squared-off set by Josafath Reynoso that quietly evokes the feeling of being trapped in banal domesticity — kicks off with enough chipper, rapid-fire banter between Troy and his friend Jim Bono (J. Ron Fleming Jr.) to make us think that working as “barrel lifters” on the sanitation crew might provide more than enough satisfaction for two men with humble prospects.

But even as Troy angles for a better position as a truck driver and constantly reaffirms his love to his patient and devoted wife, Rose (Lisa Strum), he habitually looks down his nose at adult son Lyons (Joe Marshall), a streetwise musician always low on cash, and also decides to interfere with his good-natured teenage son Cory’s (Jamar Jones) prospects for college football recruitment.

Before long, we can see how a tattered grab-bag of insecurities and resentments hem in Troy’s outlook and demeanor, much as a fence-in-progress surrounding the property seems to represent the rising specter of his alienation, walled-off emotions and diminished hopes and dreams.

The theme of persistent regret over faults and flaws extends to Troy’s financial stewardship of his war-addled brother, Gabe (Horace E. Smith), a gentle giant who serves the story as a spiritual allusion to the redemptive Angel Gabriel.

Having carefully loaded up such a fat dramatic pitch, Wilson should be able to hit this one out of the park.

But as any seasoned ballplayer knows, if you’re going to swing for the fences, you’ve got to keep your eye on the ball.

For all the play’s delicious atmospherics and texture — Andrew Bonniwell holds his sepia lighting just a clutch of amperes this side of happiness, and Nicholas Seaver’s mix of urban street sounds provides mesmerizing aural backdrop — “Fences” never fully takes to the air, burdened as it is with too many story angles, digressive speeches and disconnected points of conflict heaped one upon the next.

Director Tawnya Pettiford-Wates, understanding how Wilson’s authentic, plainspoken script must rely heavily on the charisma of actors speaking the lines, lets her standout cast find their particular rhythms as they tap into a mix of optimism and despondence that marks a particular African American experience.

But “Fences” still lacks the essential narrative through line necessary to make Troy’s anger and disappointment — as well as several surprising second-act turnabouts — cohere into the kind of meaningful, effective drama we would carry with us beyond the theater doors.

Even at nearly three hours, including intermission, “Fences” never allows one dominant theme or conflict to rise to the top and eventually starts repeating itself as it rakes through a long roster of masculine inadequacies.

It’s enough to leave even the most touchy, fretful, self-absorbed male (up to and including this reviewer) exhausted by Troy’s lack of self-awareness and perpetual sense of victimhood. We almost wish the excellent James Craven, playing Troy, would break the fourth wall, step down off the stage, and speak directly to us about the welter of emotions such a man feels.

In a scattered drama filled mostly with bunts and base hits, that might just make “Fences” the walloping home run it so richly deserves to be.