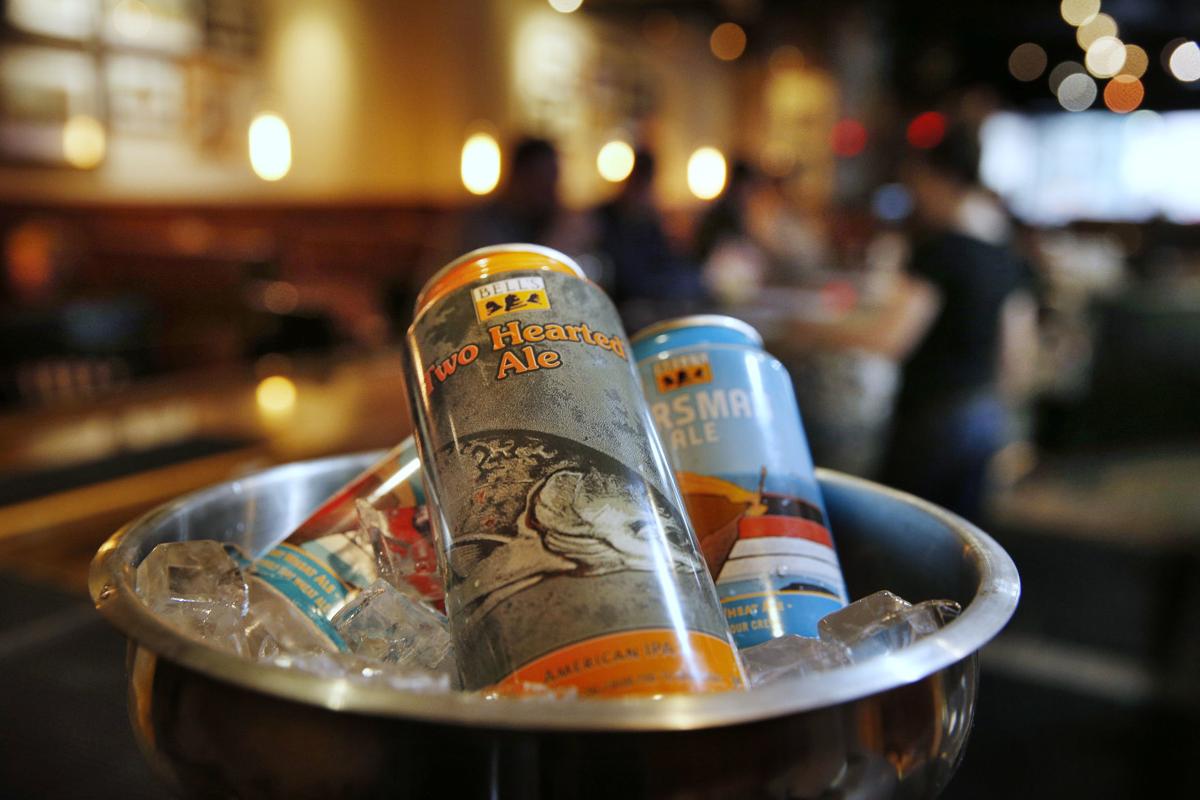 The last can of Bell’s Two Hearted Ale sat in an ice bucket on the counter at Capital Ale House in downtown Richmond on Thursday. 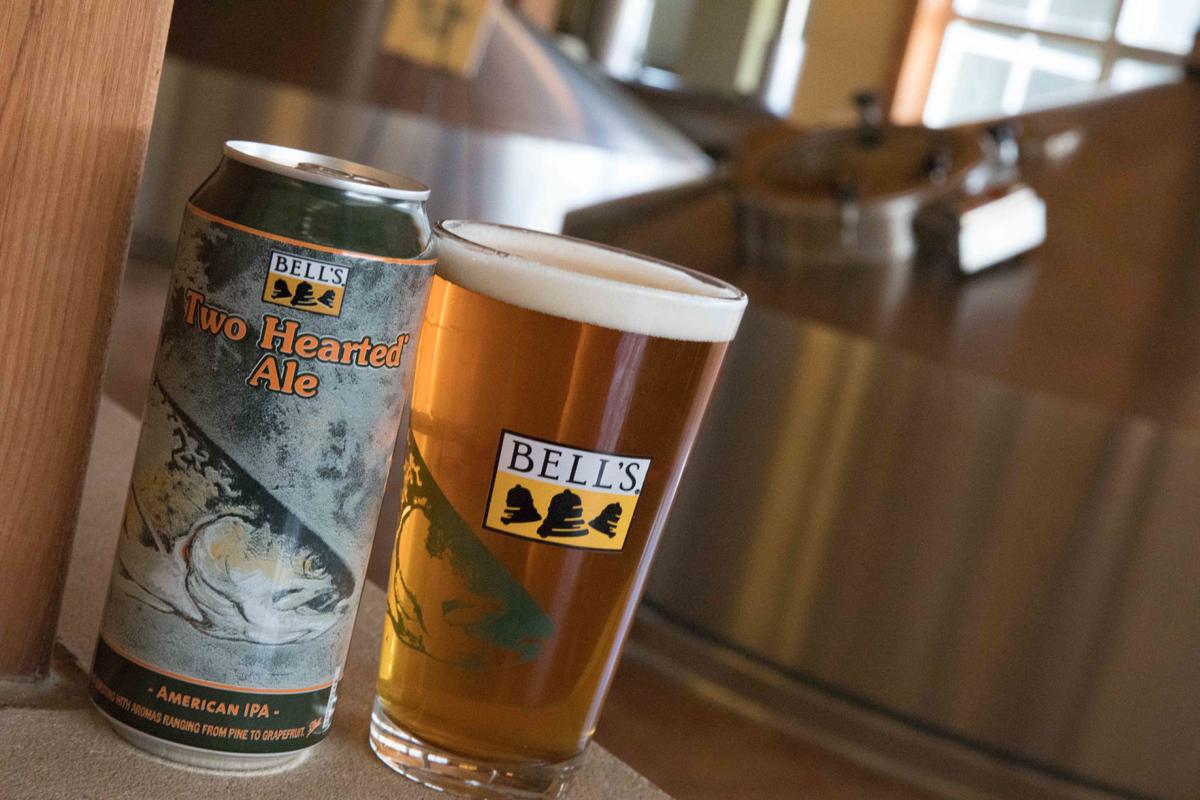 Two Hearted Ale is one of the popular beers made by Michigan-based Bell’s. 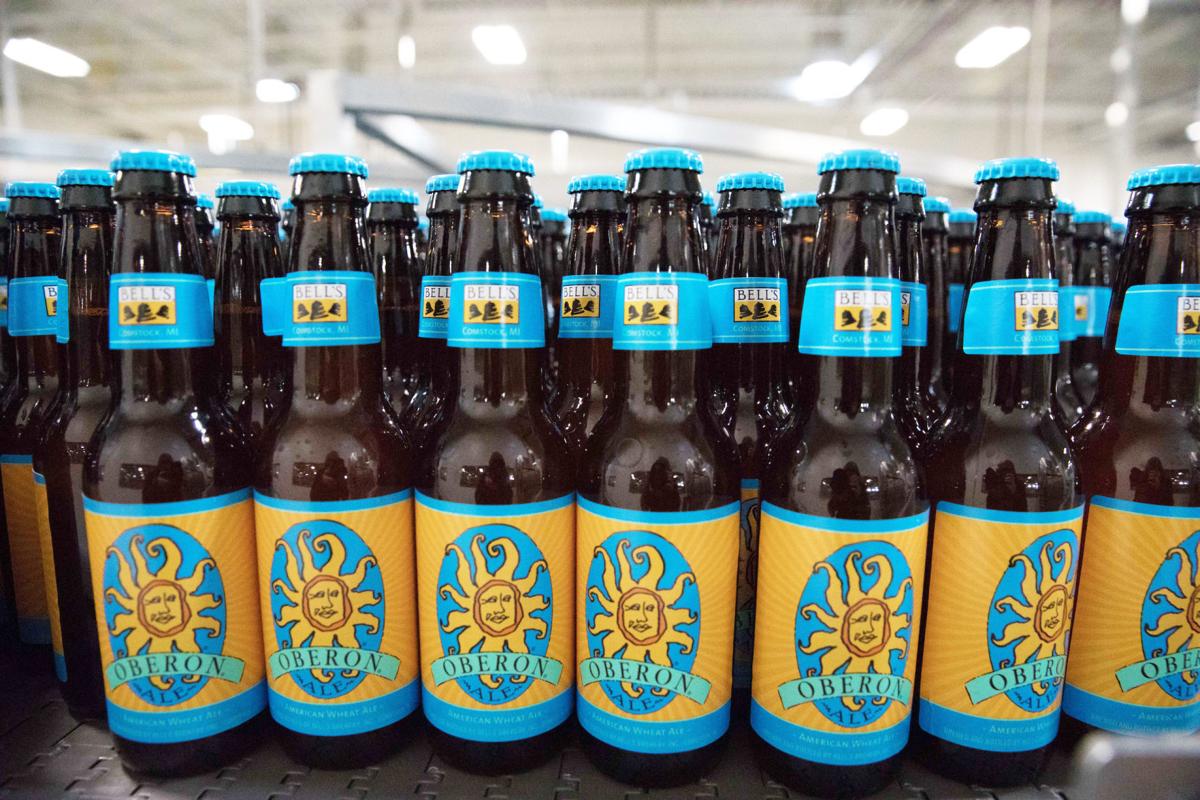 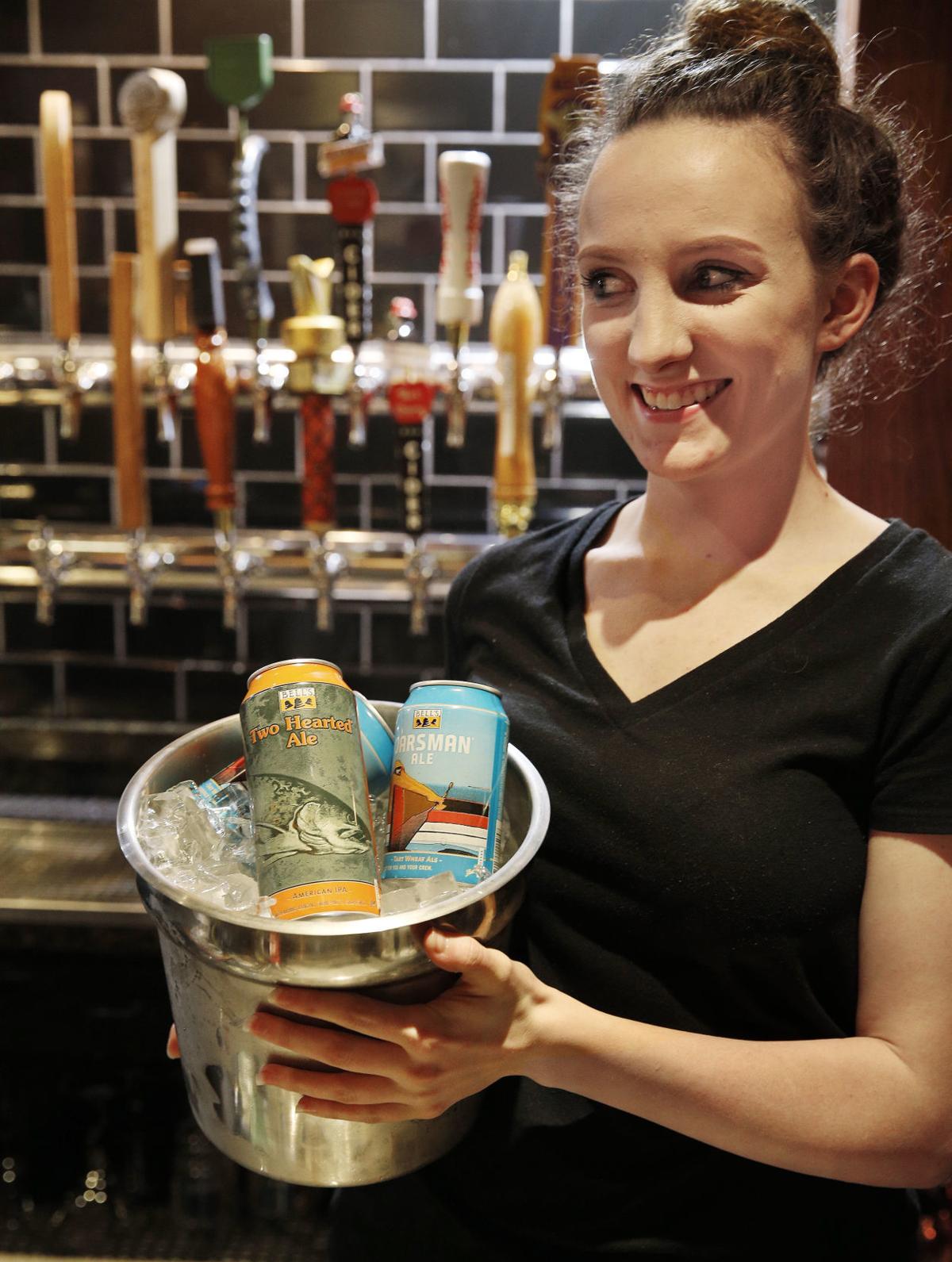 Bartender Anna Blankenship holds the last Two Hearted Ale at Capital Ale House downtown, which had seven cans of other Bell’s products but only one Two Hearted Ale.

The last can of Bell’s Two Hearted Ale sat in an ice bucket on the counter at Capital Ale House in downtown Richmond on Thursday.

Two Hearted Ale is one of the popular beers made by Michigan-based Bell’s.

Bartender Anna Blankenship holds the last Two Hearted Ale at Capital Ale House downtown, which had seven cans of other Bell’s products but only one Two Hearted Ale.

Beers such as Two Hearted Ale and Oberon Ale helped make Bell’s Brewery Inc. the seventh-largest craft brewery in the country, but they’re disappearing from taps and shelves in Richmond.

The Michigan-based brewery has stopped shipping its beer to the Richmond market as it attempts to get out of its contract with the nation’s largest beer distributor, which in December purchased Henrico County-based Loveland Distributing Co. — and, along with it, the contract to exclusively distribute Bell’s beer to the Richmond area.

“In Virginia, once a brewery signs an agreement with a wholesaler, unless there’s a termination, the contract is in place for forever,” said Thomas A. Lisk, an attorney for Bell’s Brewery and a lobbyist for the Virginia Restaurant, Lodging and Travel Association. “Basically, it’s marriage for life.”

Bell’s has been trying to get out of its contract since two days before the sale officially closed, according to filings obtained by the Richmond Times-Dispatch.

It’s not the first time Bell’s has left a market to avoid working with Reyes. In 2006, Bell’s stopped distribution in Illinois for about two years when National Wine & Spirits Inc. tried to sell the rights to distribute Bell’s beer to Chicago Beverage Systems, another subsidiary of Reyes Holdings.

Larry Bell, founder and president of Bell’s Brewery, said in 2006 that he feared the large distributor would ignore his beers in favor of bigger brands. The transaction was allowed under Illinois’ Beer Industry Fair Dealing Act. So Bell’s pulled out of the area and was able to distribute only in Illinois once National Wine & Spirits left the state.

It’s unclear how long Bell’s could be unavailable in Richmond.

As part of its attempt to end the contract, Bell’s sent Loveland a state-required notice on Dec. 5 alleging that Loveland hadn’t fully complied with its contractual requirement to share all documents related to the sale.

“[Loveland provided] the brewery with a copy of the purchase agreement and exhibits between Loveland and Premium, but Loveland did not provide copies of any of the schedules to the purchase agreement despite Bell’s repeated requests for the same,” Lisk said. “If you don’t give us the documents, how do we know if the new distributor is going to be sufficient for our business purposes?”

But Loveland and Premium don’t want to let Bell’s out of its contract, alleging in a complaint with the Virginia Alcoholic Beverage Control Authority that Bell’s is in violation of the Virginia Beer Franchise Act, Virginia’s version of the Illinois beer act.

In its complaint, a copy of which was obtained by The Times-Dispatch, Loveland and Premium argue that Bell’s products represent “a significant portion of Loveland’s beer sales” and that Bell’s has failed to “present ‘good cause’ for its termination of the Distributor Agreement,” a requirement of the Virginia Beer Franchise Act.

The distributors argue that they have provided Bell’s with extensive documentation surrounding the sale and have offered to send more.

“A general understanding of the act’s requirements is that under that act, a brewery may not terminate a distributor agreement unless good cause exists. Good cause can simply mean failing to comply with the distributor agreement without justification or reasonable excuse,” said Brian Cafritz, an attorney with KPM Law who specializes in retail and restaurant litigation.

Bell’s beer availability in Richmond is now contingent on a not-yet-scheduled hearing before Virginia ABC.

Until then, no new kegs or cases will be shipped to the Richmond market — including the popular Hopslam, a double IPA released every winter that’s now shipping to 40 states, including more than 100 cities and counties in Virginia.

Bell’s estimates that the Richmond-area market — and everything within the Loveland distribution territory, which extends from Caroline County to the north, to near the North Carolina line to the south, to Goochland County to the west and James City County to the east — will represent a loss of about 60,000 cases of beer for the brewery annually.

“We really enjoyed selling beer in Richmond — it’s a really good market for us, and we are sad not to be there,” said Bell, the brewery’s founder. “They’re a $33 billion company. This is small potatoes for them; it’s a big deal for us.”

Premium Distributors declined to comment for this story, citing pending litigation in a statement through its attorney.

A representative for Virginia ABC said “the matter is still in the scheduling stage and ABC is waiting for the parties to provide necessary information.” Once the hearing is set, it could be months or weeks before a decision is made. That could be followed by an appeals process, Lisk said.

In the meantime, Richmond-area beer drinkers are starting to notice that the Bell’s isn’t being restocked.

“Two Hearted was in the top five beers sold at most of our locations,” said Matthew Simmons, president of Capital Ale House Restaurants, whose three Richmond-area locations are known for their vast beer lists. “People are sad for sure. A couple locations stockpiled some Two Hearted when they heard it was going away, but they will run out this week.”

Sad that we live in such a litigious society that there are "Beer Laws". Is there anything legislators don't think looks like nail?

If you continue to elect Republican and Democratic (i.e., non-Libertarian) legislators, this is what you get.

Sure am glad I go Kalamazoo every now and then. Developed a real taste for Bell's when lived there.