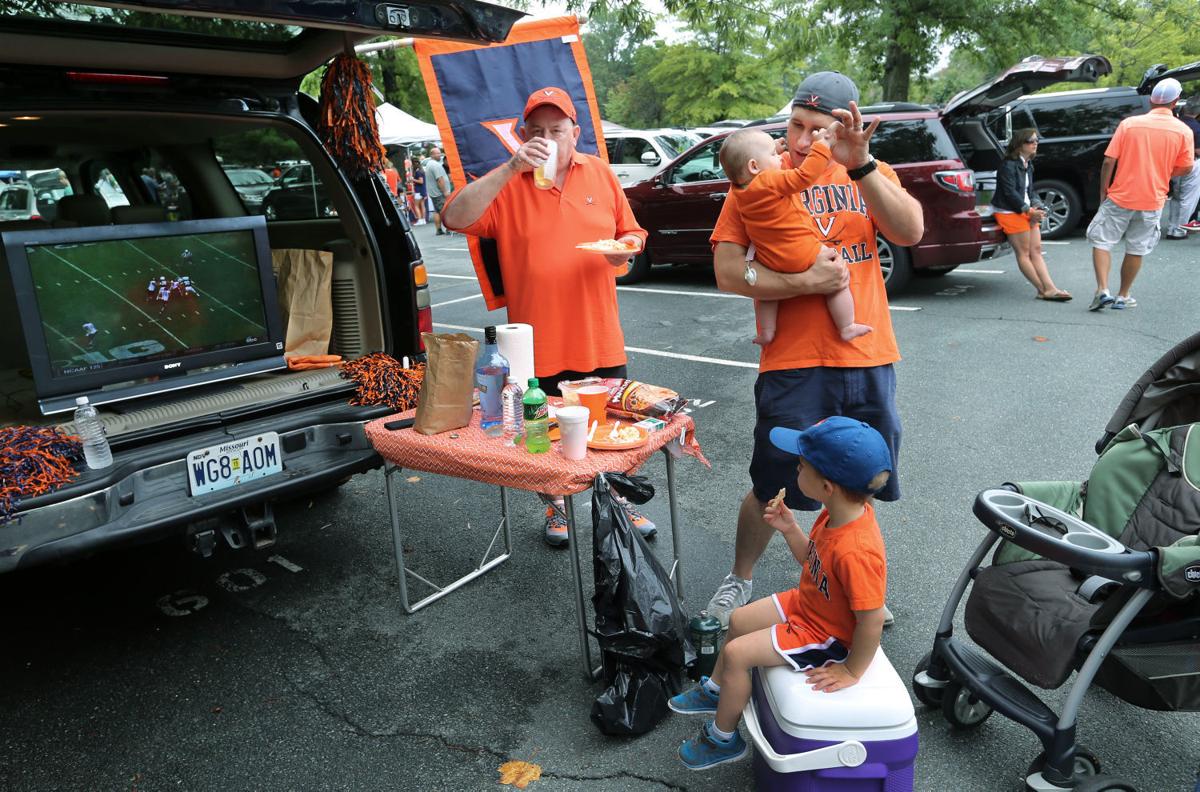 To add wine to the beverage options at a tailgate, look for those that will pair well with the food being served and also will be palatable to nearly everyone of drinking age in attendance at the gathering. 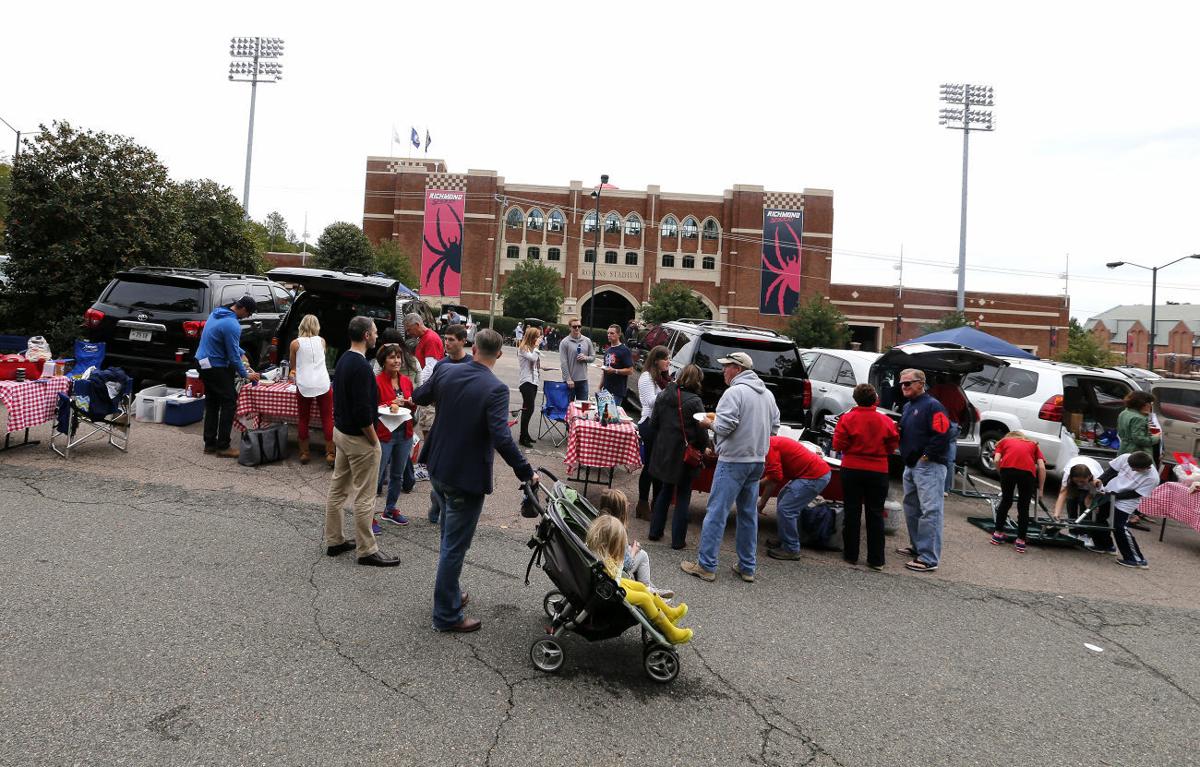 Tailgating at University of Richmond prior to the game against Elon Sat. Oct. 10, 2015. 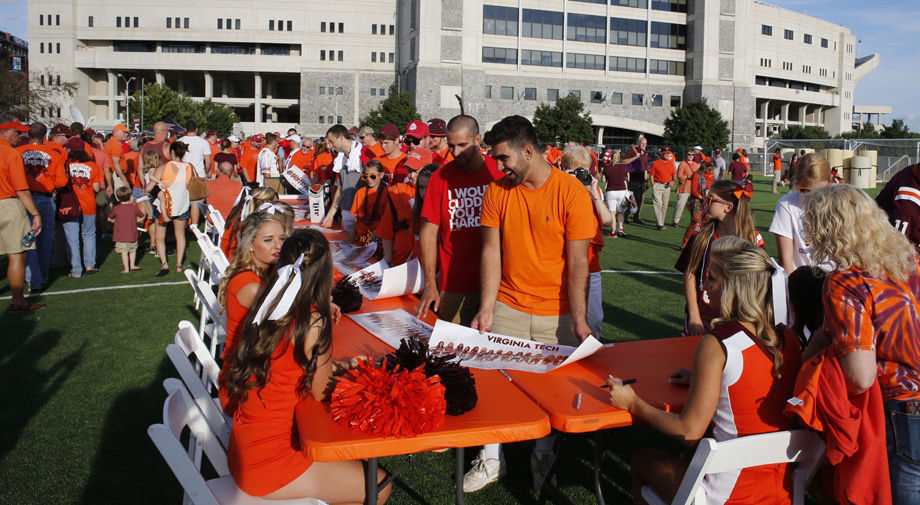 To add wine to the beverage options at a tailgate, look for those that will pair well with the food being served and also will be palatable to nearly everyone of drinking age in attendance at the gathering.

Tailgating at University of Richmond prior to the game against Elon Sat. Oct. 10, 2015.

Before you can say, “dog days of summer,” football season is upon us.

Those are wines recommended by certain tailgaters as they attend season-openers and other games throughout the season.

Beer and liquor have their place at tailgate events, but wine remains a popular choice.

But how to pick the ones that would satisfy a group or just an individual?

“I choose based on the foods being served while also trying to find something palatable for most crowds,” said Benita Johnson, former owner of Grapes & Barley wine shop and founder of The Vine Wine Club, a local online retail outlet with shipping service (www.thevinewineclub.com).

“Wine is about sharing and tailgating is about fun, so no need to choose anything that only I will enjoy.”

Although she is a Virginia graduate, Johnson is a robust supporter of Virginia State, where her daughter attends, and her personal type of wine at VSU tailgates rarely varies.

“My pick wouldn’t change because I love reds all year,” she said. “There are so many that are fruit-forward enough to be nice in the summer, a little chilled, and still be warming in the winter. I may add a port or sherry if it is really cold.”

For those who prefer a white wine, Johnson says look for one that is crisp. “I would suggest Michel Fonne Gewurztraminer. It is another crowd-favorite that pairs well with spicy foods and ethnic dishes.”

When attending a University of Richmond tailgate, there’s only one choice for Beeje and Chris Trinite.

“I’ve tried to interest Chris in a rosé, to no avail,” Beeje said. “He loves his chardonnay. Most of our tailgates are unusually warm; plus at U of R, we are tailgating on asphalt. We prefer the crispness of chardonnay. It doesn’t matter if steel or oak barrel as long as it isn’t too oaky. We love reds, but sometimes it is a little too warm out and tends to make one thirsty.”

Ignoring rosés is not the case with Nancy and Larry Tuskey at a Virginia tailgate gathering they call Tuskeygate. Prosecco is the choice in the season’s early heat, but give a try to what they often do: Buy a dozen different rosés and have a taste test.

“The ubiquitous Whispering Angel [$17, Total Wine] has set the standard, but the explosion of rosés provides endless possibilities,” Larry said.

So the choice is yours. In warm weather, crisp whites quench thirst, but they might not have the body to stand up to cooler weather. Reds are just the opposite. And for ease, try a wine with a screwcap.

Jack Berninger’s column on wine appears monthly in the Culture section. Contact him at jberninger@timesdispatch.com.

Recommendations from local people with the colleges they usually follow.

Shoe Crazy's Melange A Red: A blend of zinfandel, merlot and syrah that is a perfect wine that pairs with many of the traditional tailgate foods such burgers, hot dogs, ribs and such.  Fruit-forward with a soft but dry finish.  About $14 at The Vine Wine Club and selected Kroger's – Benita Johnson (Church Hill), Virginia State

2014 Zinsane Zinfandel: From Lodi Calif., a full bodied wine with a smooth texture that is fruity and leaves a taste of blackberry and boysenberry dancing along your taste buds. Pairs will with pork sliders, chicken wings, pizza and aged cheddar cheese. Purchase at www.thevinewineclub.com ($15) – Melody Scott (Varina), Virginia Union

Josh Chardonnay: It has a citrus and tropical flavor with minimal oak. Goes with roasted oysters and Hatteras style clam chowder. Of course, you can throw in a ham biscuit.  Screw cap makes for easy opening. $10-12 at Kroger or BJ’s – Chris Trinite (Henrico), Richmond