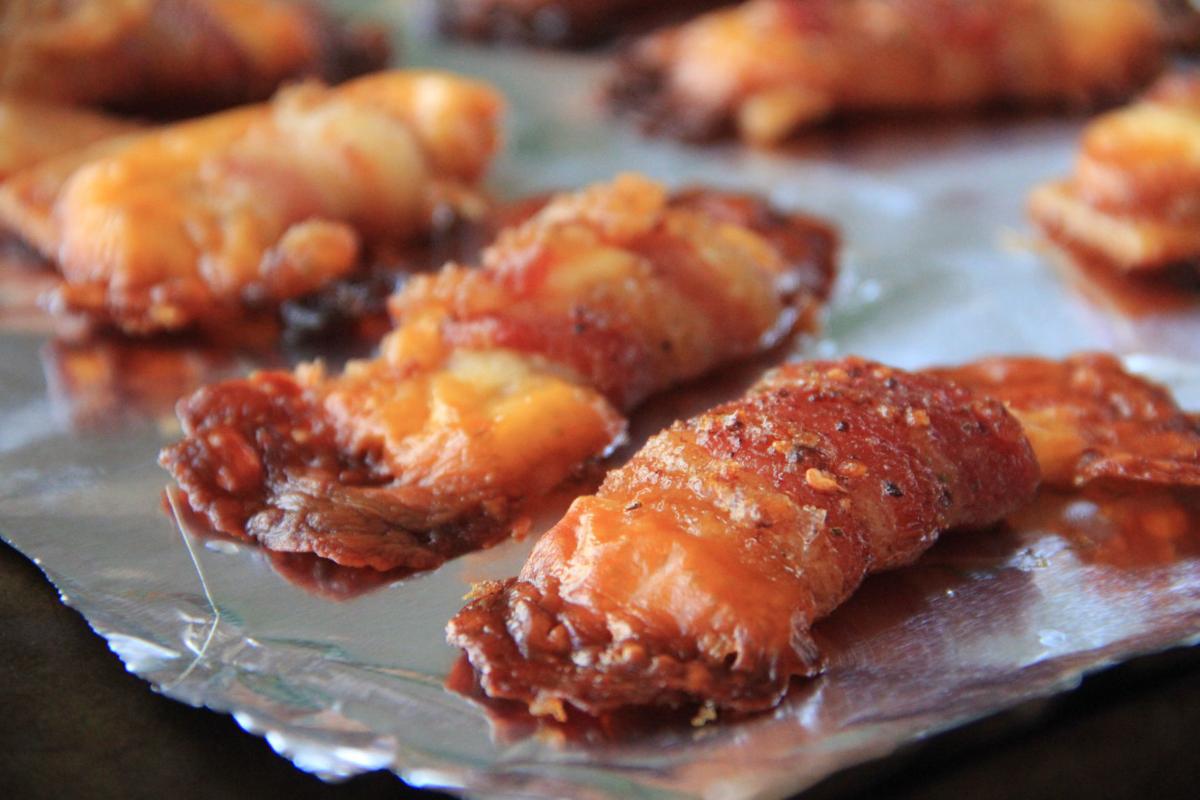 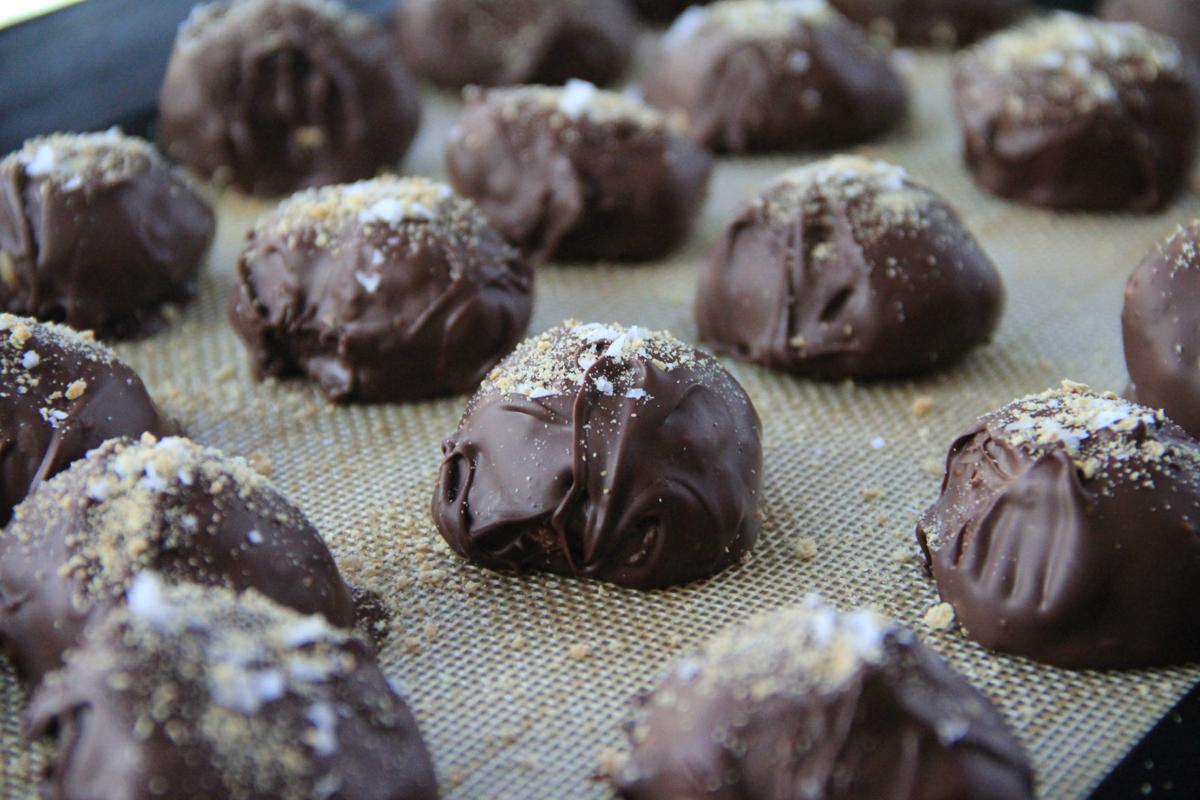 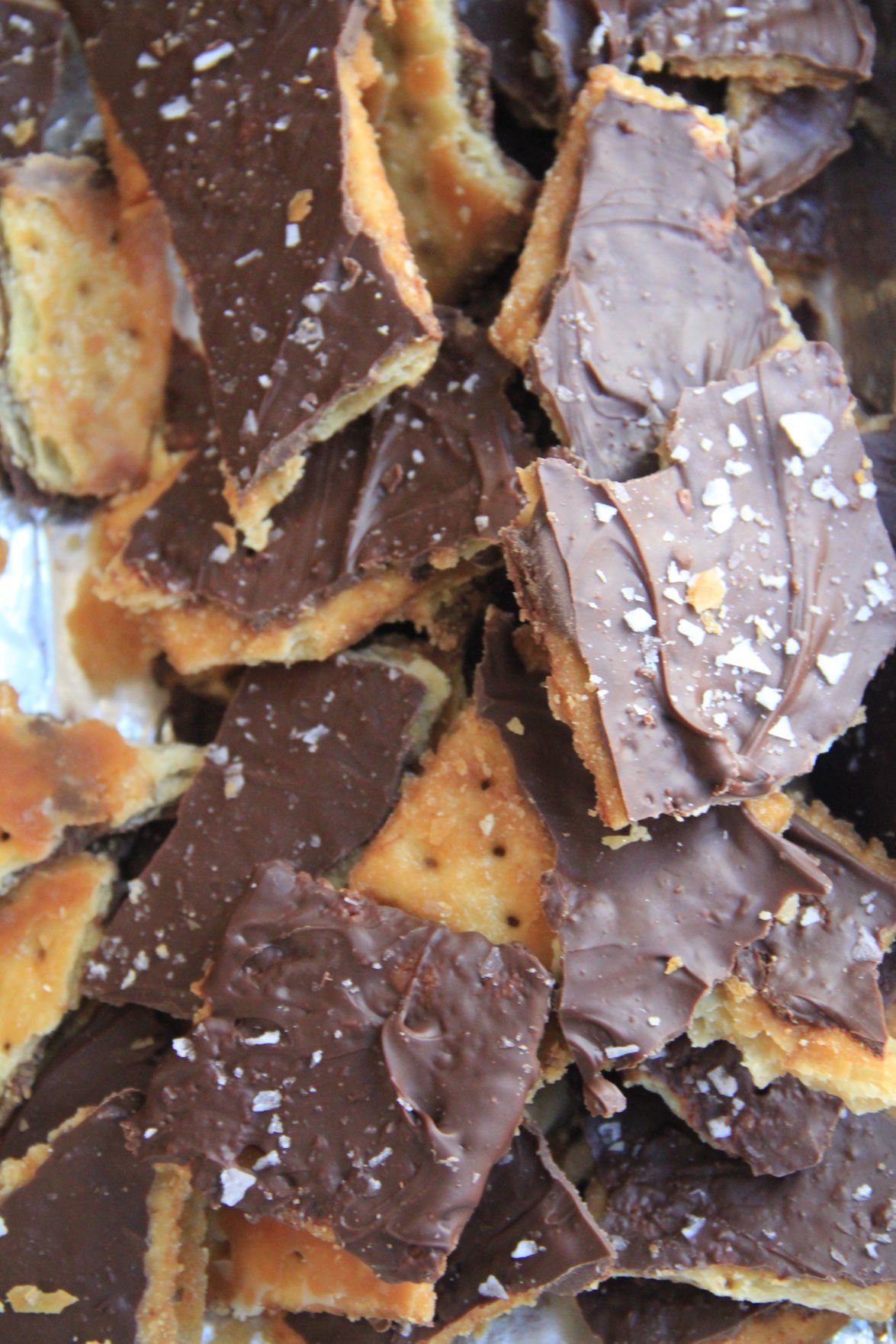 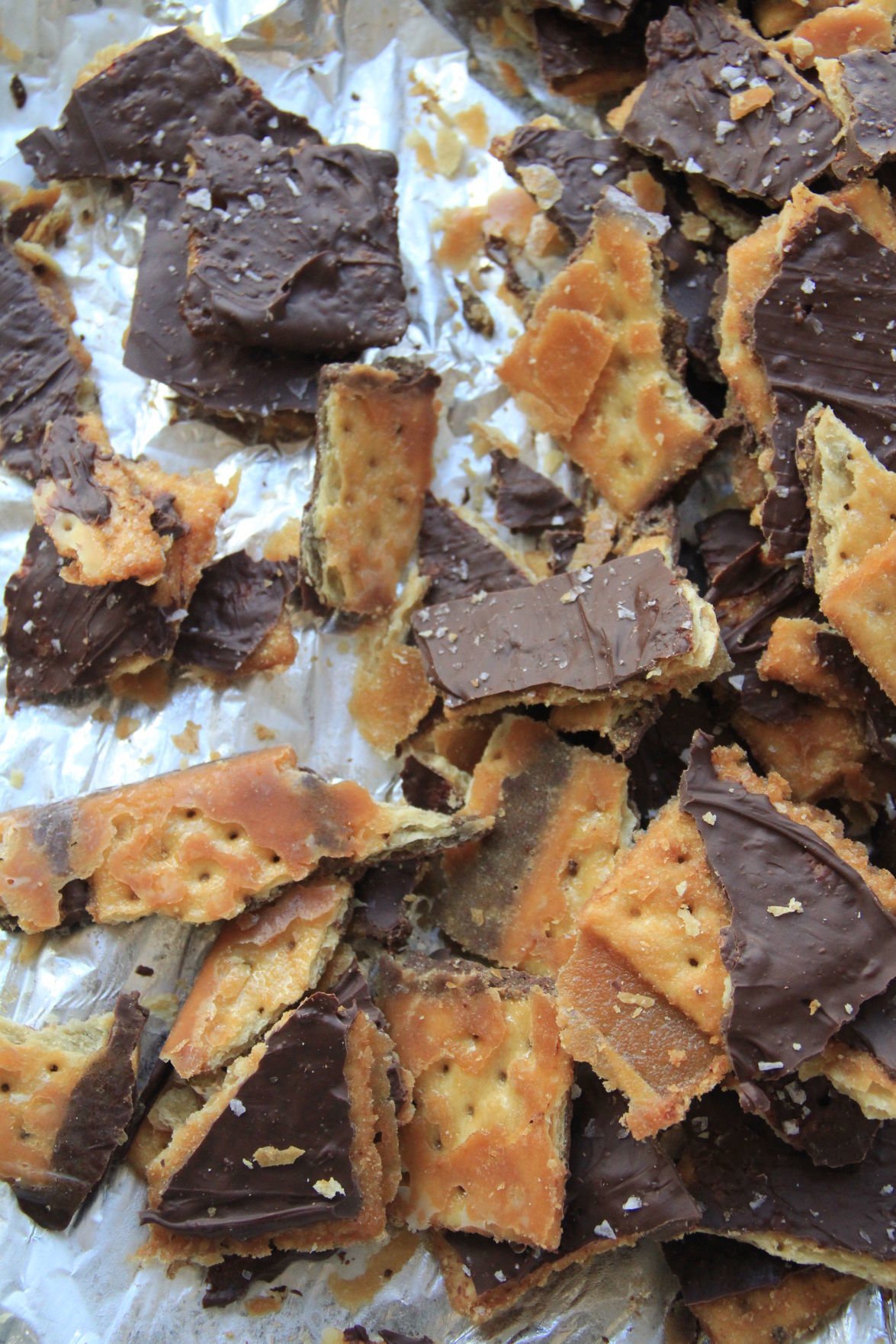 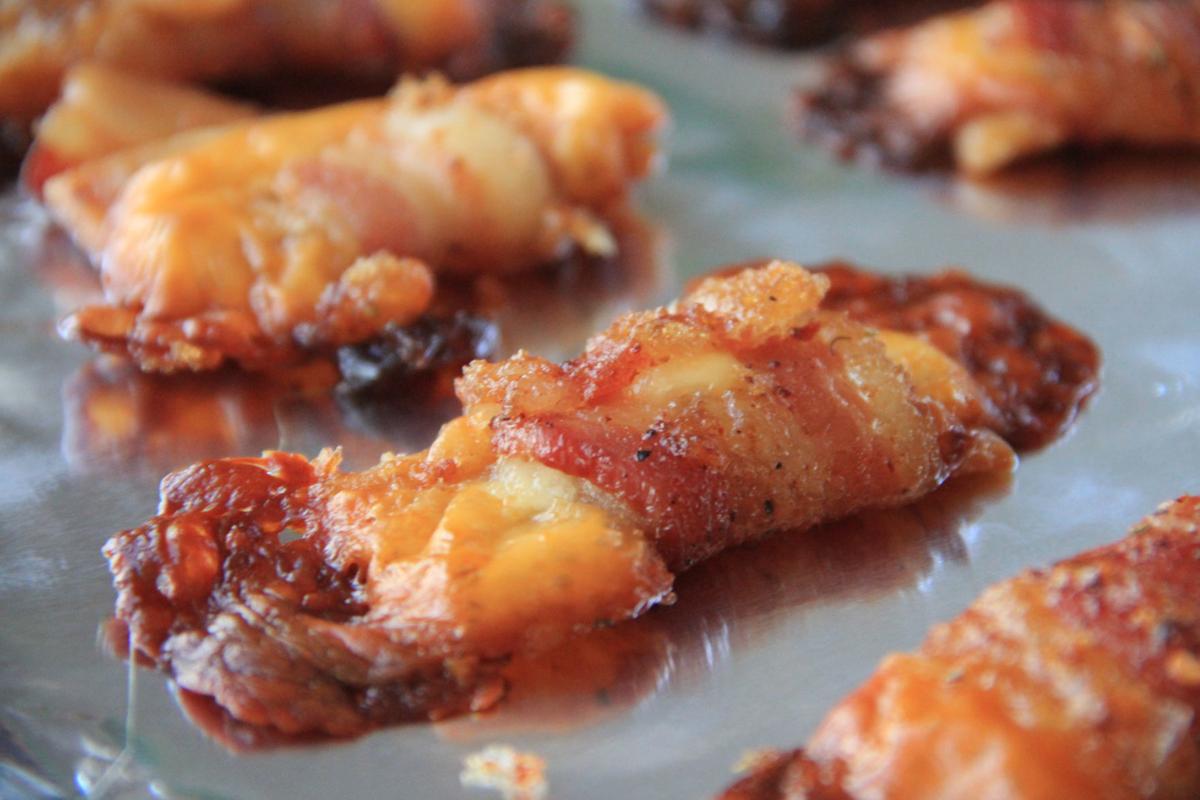 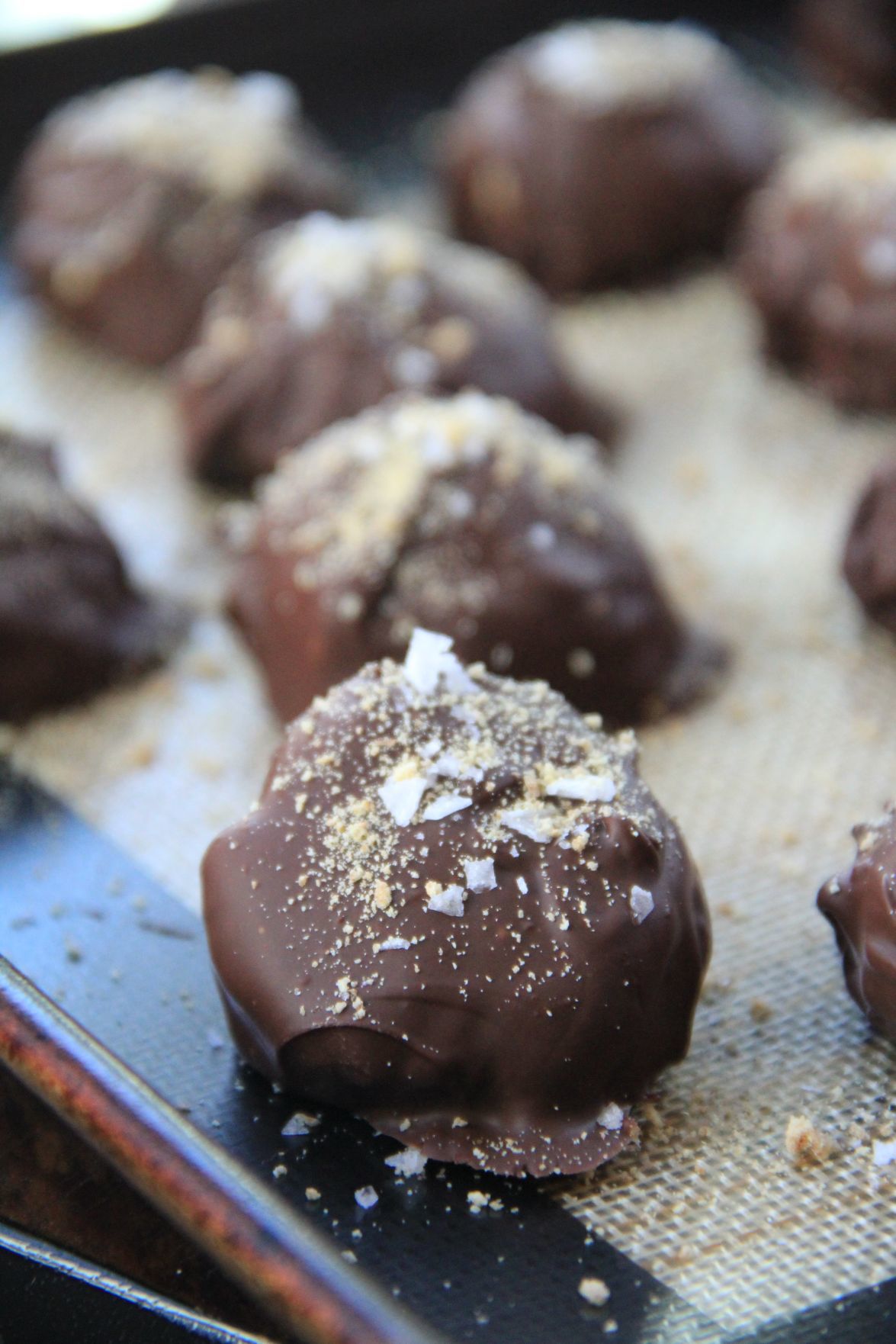 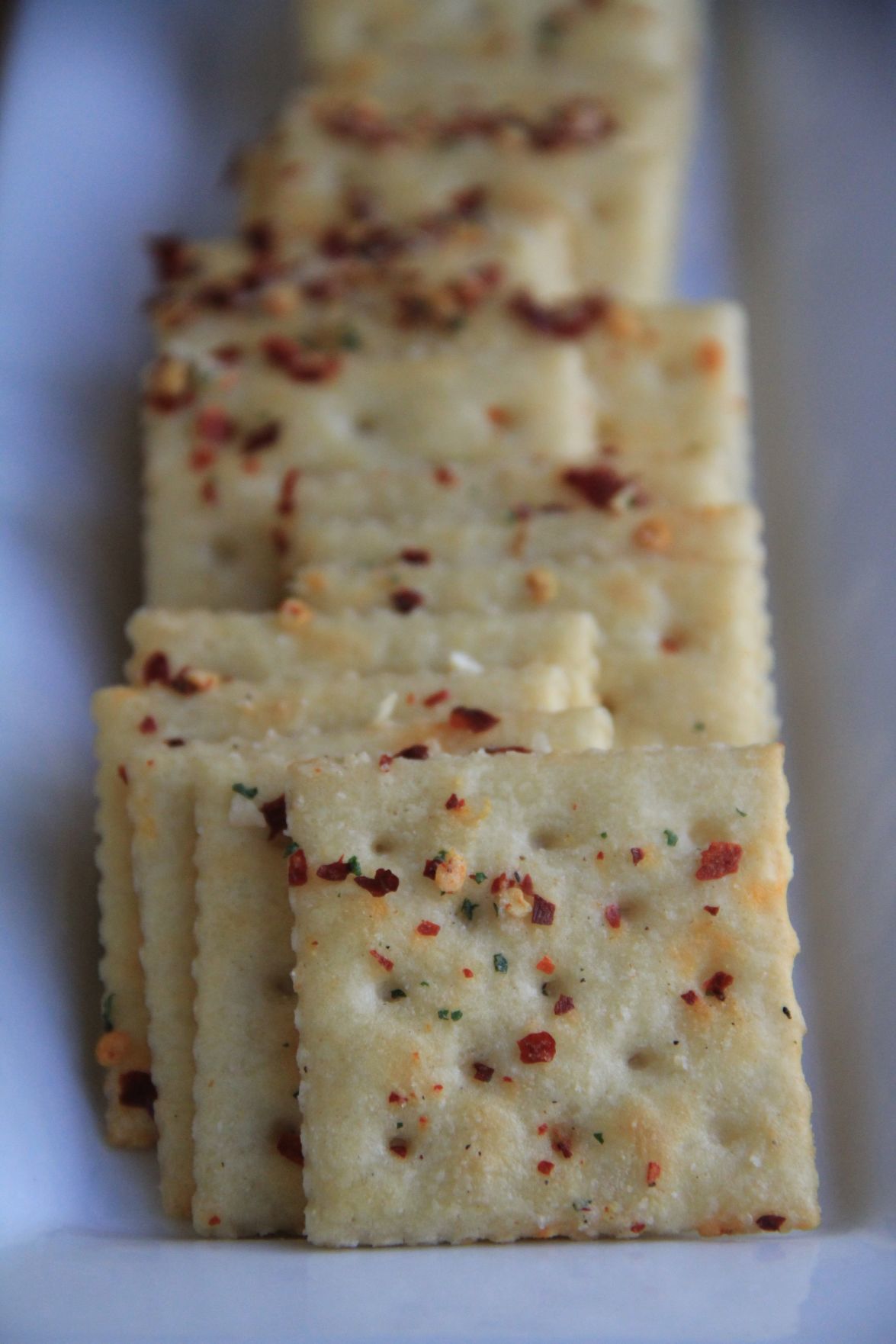 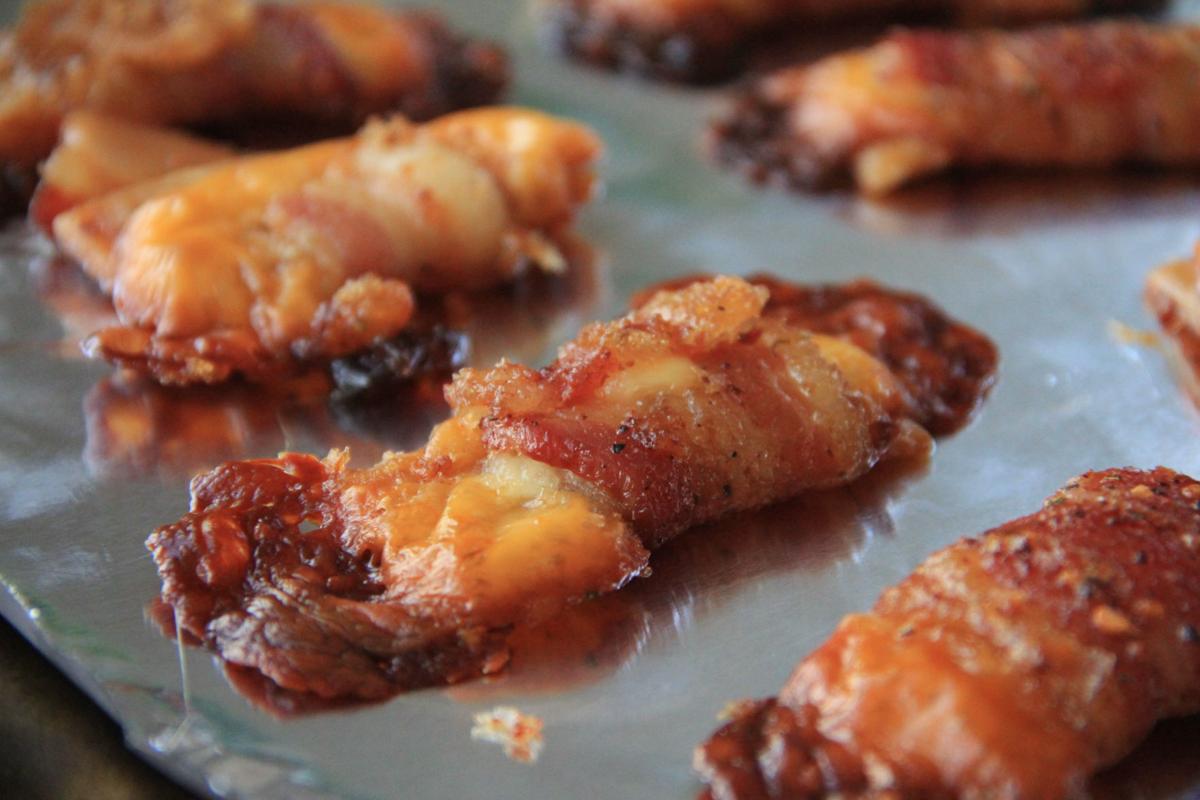 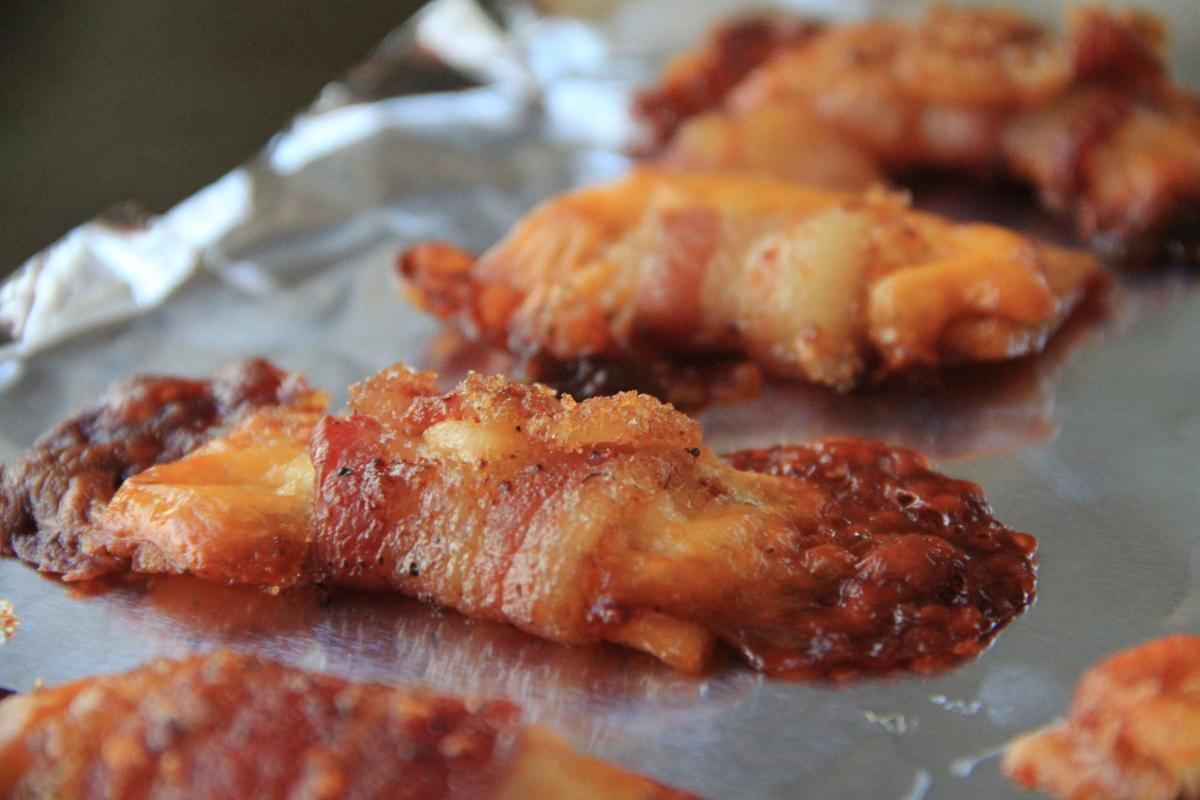 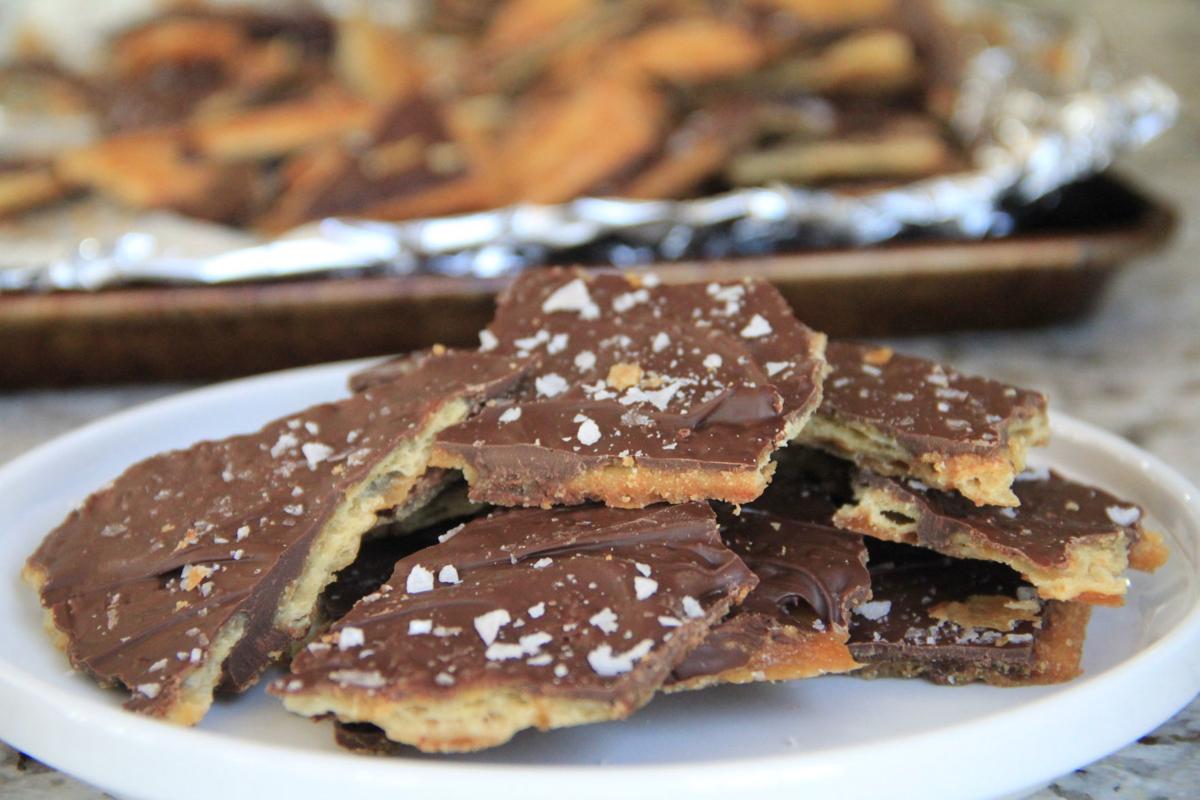 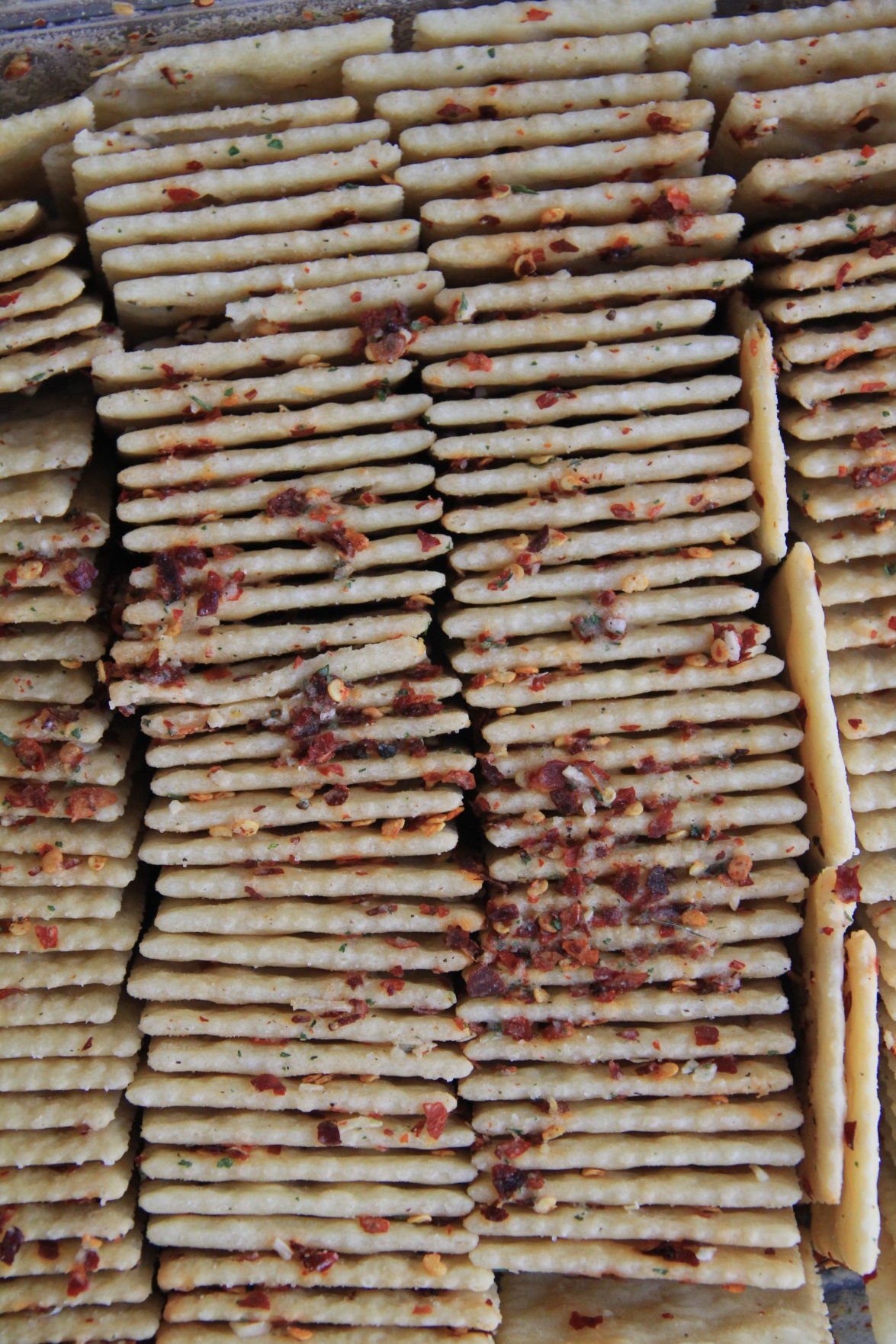 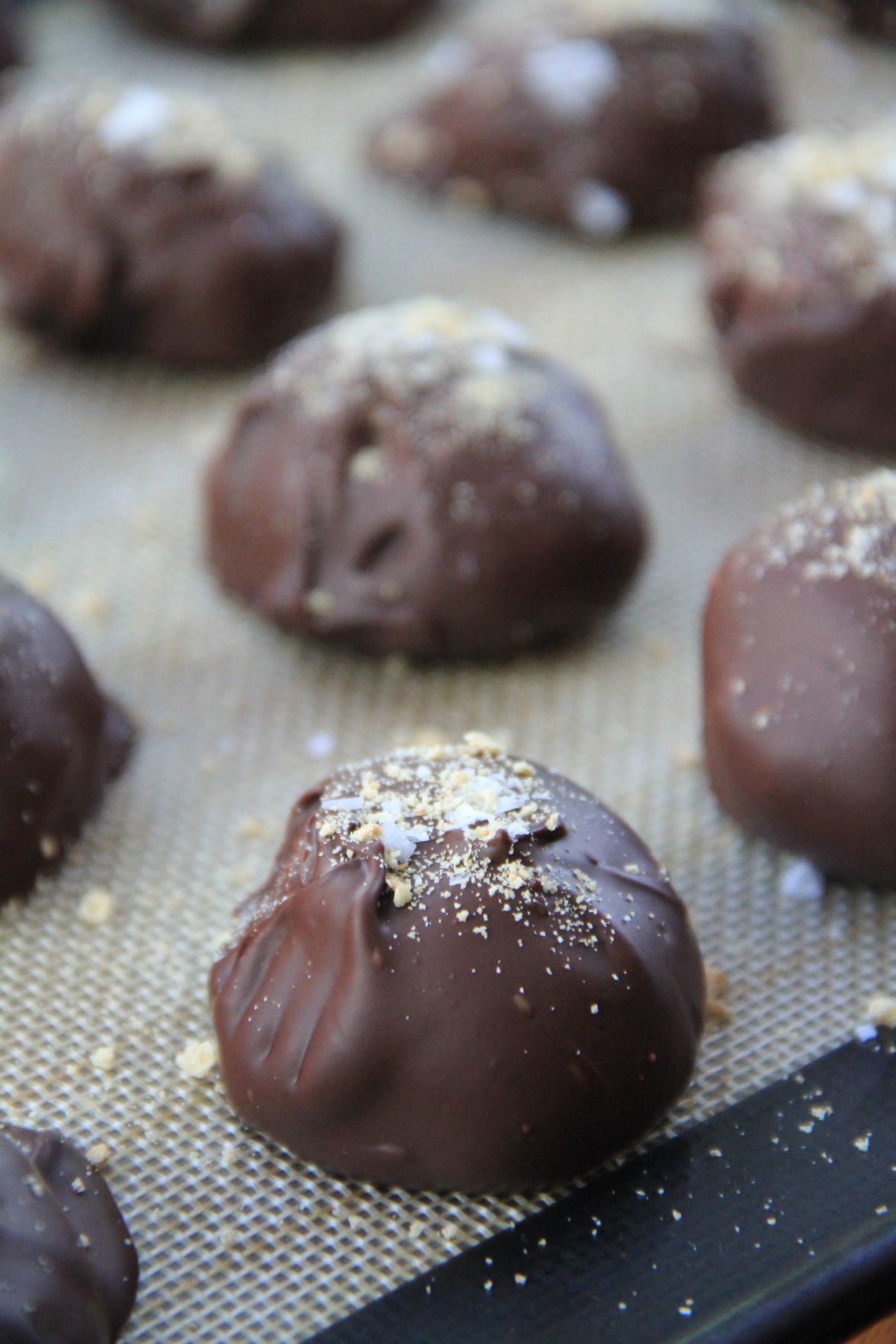 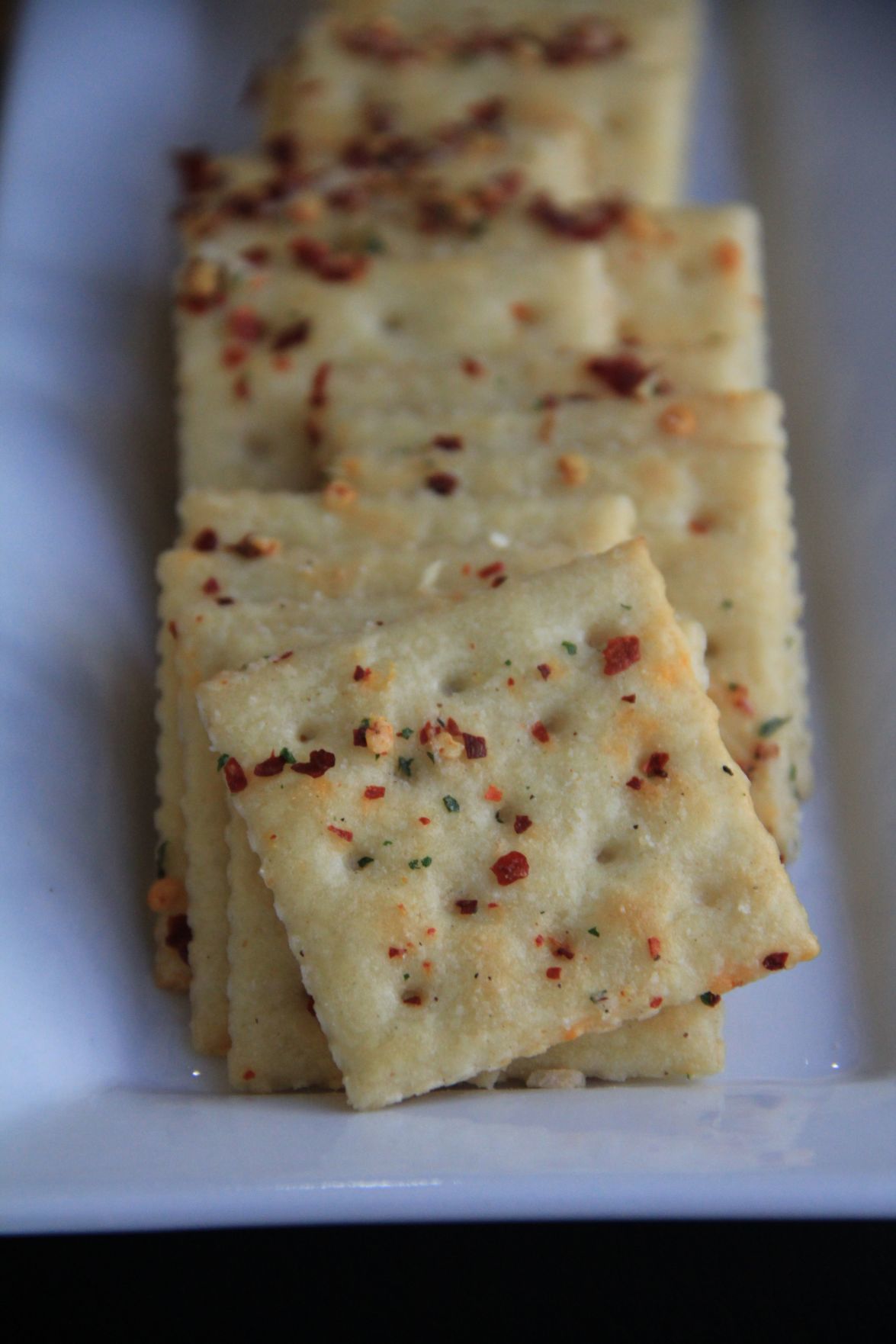 January couldn’t come at a better time. The chocolate-covered holiday gluttony that forced us to dive headfirst into New Year’s resolutions is officially gone, vegetables are back on the scene, and our bank accounts aren’t hemorrhaging cash like they were last month.

But just when we were starting to feel like the holiday excess and the food and the expenses that went with it were a lifetime ago — BAM! — it’s time to plan a Super Bowl menu.

We all know the stats about food consumption on Super Bowl Sunday, which is second only to Thanksgiving Day. It’s shocking how many folks give in to self-induced food comas, probably out of boredom or despair.

Hey, my team didn’t make it to the Super Bowl, either, but eating 17 deep-fried chicken wings slathered in blue cheese dressing with a side of meaty chili isn’t going to change that.

Besides, hosting Super Bowl parties can get expensive. The National Retail Federation estimated in 2019 that adults spent $81 per person on Super Bowl parties, with most of that going toward food and adult beverages.

All this to say, if you’re hosting this year — the game is Sunday, Feb. 2 — and you’d like to simplify things a bit, both gastronomically and financially, I have one word for you: crackers.

That’s right — saltines, graham, Club — each one capable of holding its own on Sunday thanks to recipes that are big on flavor and made with ingredients you might already have around. Most can be made ahead of Sunday so you can actually enjoy the day rather than stressing in the kitchen like it’s Thanksgiving, part two.

I know what you’re thinking. Saltines are those crackers you buy and never eat until you’re sick with the flu, and most of us haven’t eaten a graham cracker since kindergarten. Club crackers are a bit more sophisticated, but marginally.

So hear me out. I’ll start with the recipe that offered the most bang for my buck: Fire Crackers.

When you can spend less than $2 on a recipe and it gets immediate rave reviews, you have a winner. Apparently there are variations of this recipe all over the place, and the premise is simple: Just douse saltine crackers with a mixture of vegetable oil, ranch seasoning, red pepper flakes, garlic powder and minced onion. That’s it. You don’t even bake them — can I get an amen?

No one — not one soul — who tasted them in the office was able to stop with just one cracker. Most people circled back around several times, and even folks who don’t like heat couldn’t stop eating them.

Generic brand crackers are less than $1 at most grocery stores, and I already had everything but the ranch seasoning, which was another $1. Having a container with a lid is key, as you have to turn it several times so the mixture coats every cracker.

These crackers are simple, affordable and full of big, addictive flavors. For those who might turn up their nose at them, just smile. More for you.

If you buy two boxes of saltines, you can use the second one to counter those spicy crackers with sweet and salty cracker candy. I realize lots of people make this for the holidays, with all sorts of toppings, such as dried fruit and nuts, but I’m sticking with a plain version because we’re in bleak January-February, not fancy December.

A saltine base is topped with an easy brown sugar and butter toffee, then sprinkled with chocolate chips and sea salt. This makes an entire sheet pan of candy, which you can break into small pieces, so it’s great for a large crowd.

Again, people will come back for a piece here, a piece there. Maybe make two pans, just to be safe.

While you have the chocolate out, you can follow up with Graham Cracker Truffles. These are game day good, but also great for school lunches, office lunches, or anytime you need a quick sweet fix but don’t want to eat an entire candy bar.

These are nothing more than crushed graham crackers with a can of sweetened condensed milk and vanilla. I happen to love cinnamon graham crackers so I went with those, but you could use honey or plain varieties. What you get is a sticky mixture that needs a few minutes to chill so that it’s firm enough to be covered in chocolate.

What knocks these out of the park is the flaked sea salt on top — don’t leave that off. If, by chance, you happen to be one of the 1% of people who look to make more healthful snacks for the game, cut out some of the fat and calories in these truffles by using low-fat graham crackers, fat-free sweetened condensed milk and dark chocolate, which is better for you than milk chocolate. You’ll never miss the bad stuff.

Lastly, you wouldn’t normally think of crackers as decadent — unless you cover them with cheese, bacon, and a sweet and smoky coating that sends all sorts of happy signals to your brain.

I discovered bacon crackers only a few years ago. Deceptively simple, they were life-changing then, but I think I’ve made them better — by adding cheese for Bacon Mozzarella Crackers. Cut-up mozzarella string cheese is perfect atop rectangular Club crackers. Wrapped in bacon, these get rolled in a mixture of brown sugar and a sweet and smoky salt-free seasoning blend that’s a staple around our house.

Cooked low and slow, some of the cheese oozes out during baking, but those baked cheese ends are nothing short of amazing.

Smoky and sweet, the buttery crackers add heft and a little bit of crunch. After making these, I couldn’t help but think that pepper jack cheese would work well, too, as would a swipe of spreadable pub cheese. Those are options for next time, which will be very soon, because my husband requested that these be made as often as humanly possible.

With these cracker upgrades, whether you consider Sunday’s game super or not-so-super, at least your snacks will be a sure bet.

Big flavors belie the cost-efficiency and ease of making these spicy crackers, which (bonus!) don't require any baking. Play around with the heat by adding more or fewer red pepper flakes.

1 cup neutral oil, such as vegetable or canola

Place crackers in rows in a square or rectangular container that has a lid.

Slowly drizzle mixture over each row of crackers. Put the lid on the container and turn upside down, then flip over every few minutes until the crackers are evenly coated.

Keep them covered until serving.

I used cinnamon graham crackers for these, but you could use honey or plain. Dark chocolate would be divine, but milk or semisweet chocolate works. I prefer these cold from the fridge, but you can keep these at room temperature once they've set.

Makes about 20 large truffles (about 2 tablespoons each) or more if you make the balls smaller.

Process graham crackers in food processor or blender until fine. Place in a large mixing bowl and add condensed milk, vanilla and salt. Mix with wooden spoon until combined.

Scoop into 1- or 2-inch balls, and place on a parchment-lined baking sheet or plate. Chill until firm, about 30 minutes to an hour. (The balls will still be a little sticky.)

Once balls are chilled, melt chocolate in a microwave-safe bowl, starting with 1 minute and then 30-second intervals until melted.

Dip each ball into chocolate and cover entirely. Place back on the baking sheet. Sprinkle each with sea salt. Place back in the fridge once you're done to let the chocolate set.

Yes, we all ate this over the holidays. But that was then - it's time for it again. It makes a bunch, which is great for parties.

Line a sheet pan with foil. Place crackers in an even layer on the pan. Set aside.

In a medium saucepan, melt butter. Add brown sugar and vanilla and bring to a boil for 2 minutes.

Take off heat and slowly pour over crackers, spreading to the edges.

Bake for 5 to 8 minutes, or until mixture is bubbling.

Take out of the oven and sprinkle chocolate chips over the whole pan. Wait a minute, then gently spread melted chocolate over the crackers. Sprinkle with sea salt and let cool, then place in the fridge to set for at least 20 to 30 minutes.

Once set, break into pieces.

I used mozzarella, but pepper jack, cheddar and other cheeses would work.

8 mozzarella string cheese sticks, cut in half lengthwise, then cut in half (so you have 4 roughly 2-inch-long rectangular pieces from each stick, 32 total)

1 pound thin-sliced bacon, with each piece cut into into thirds

Heat oven to 275 degrees. Line a baking sheet with foil.

In a small bowl, combine brown sugar and seasoning.

Place 1 piece cheese on a cracker and roll 1 piece of bacon around it.

Roll the whole thing in the brown sugar mixture.

Place on baking sheet. Bake for 1 hour, 30 minutes, or until bacon is cooked to your liking. The cheese will likely ooze out - that's OK.