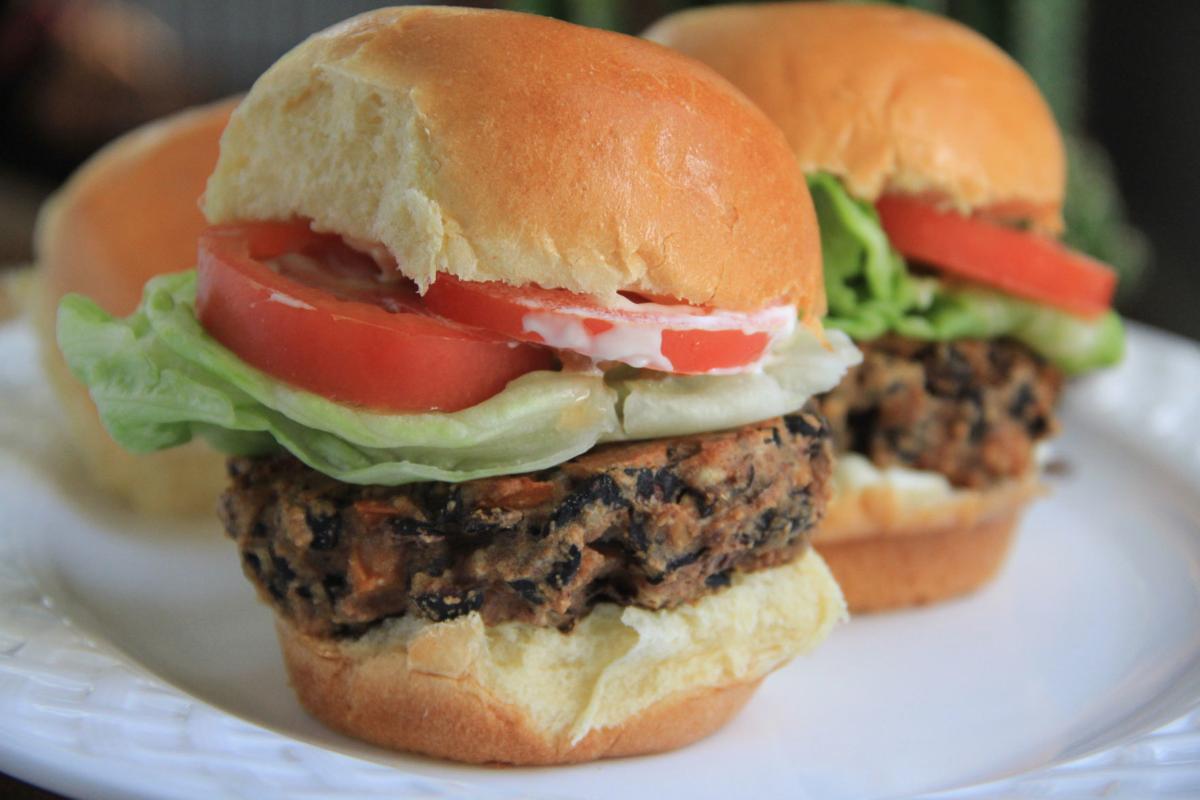 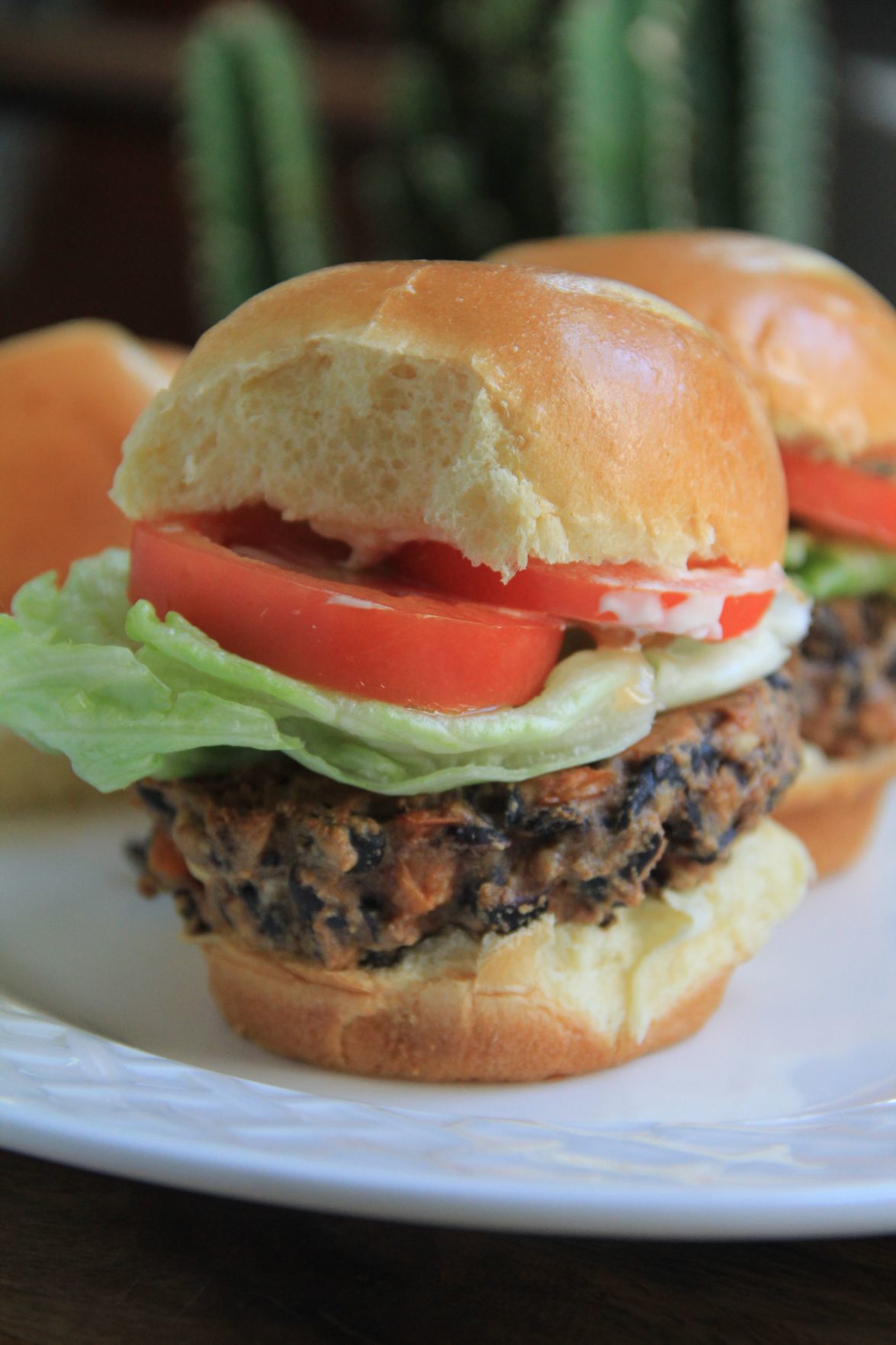 It’s easy to turn a couple of cans of beans into hearty and flavorful burgers your wallet and family will love. 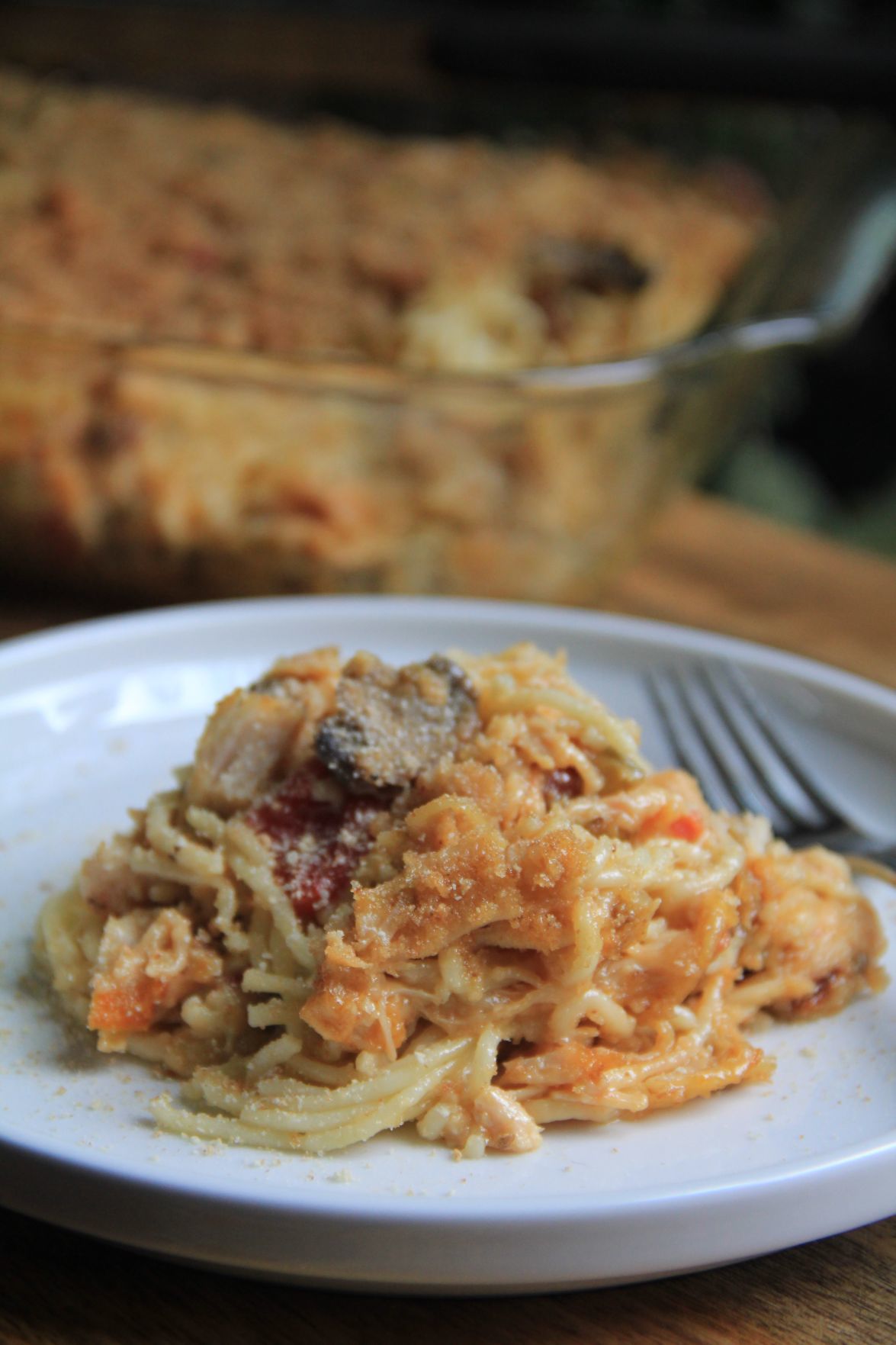 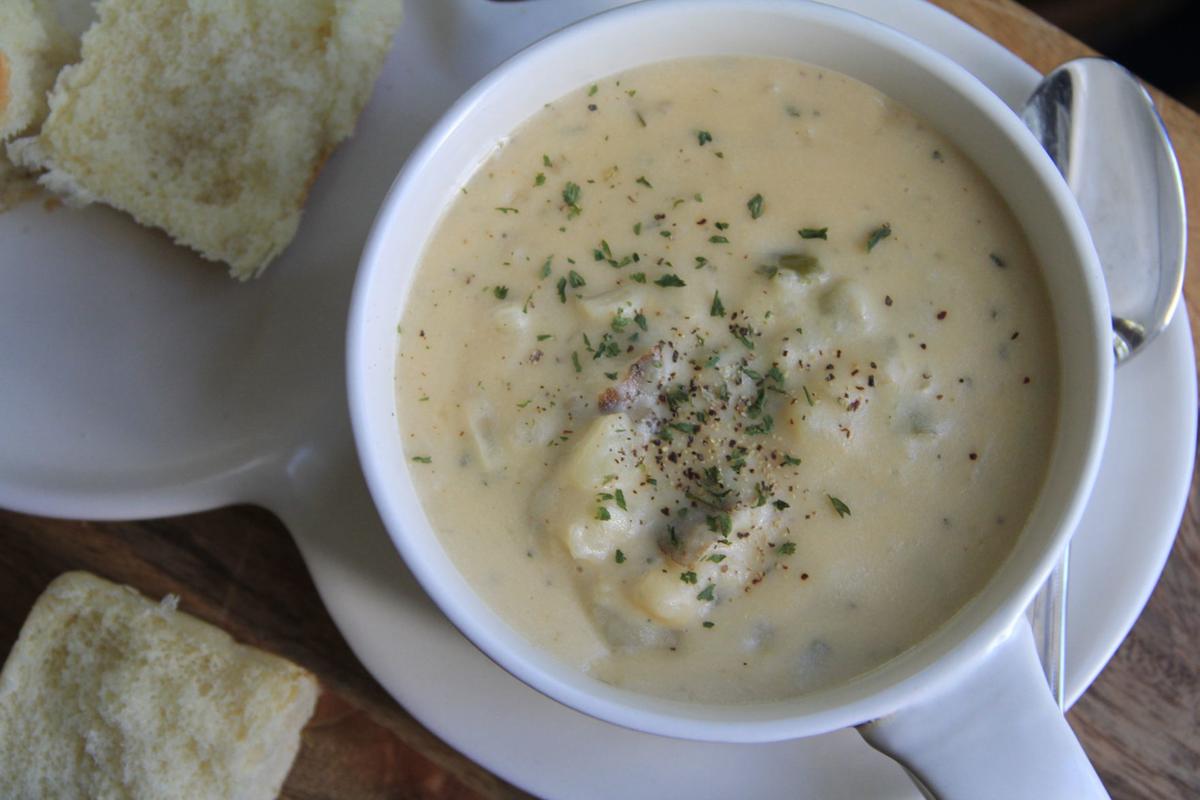 For those spring days when a jacket is still needed, comforting and delightfully chunky Three Potato Soup will warm you from the inside out. 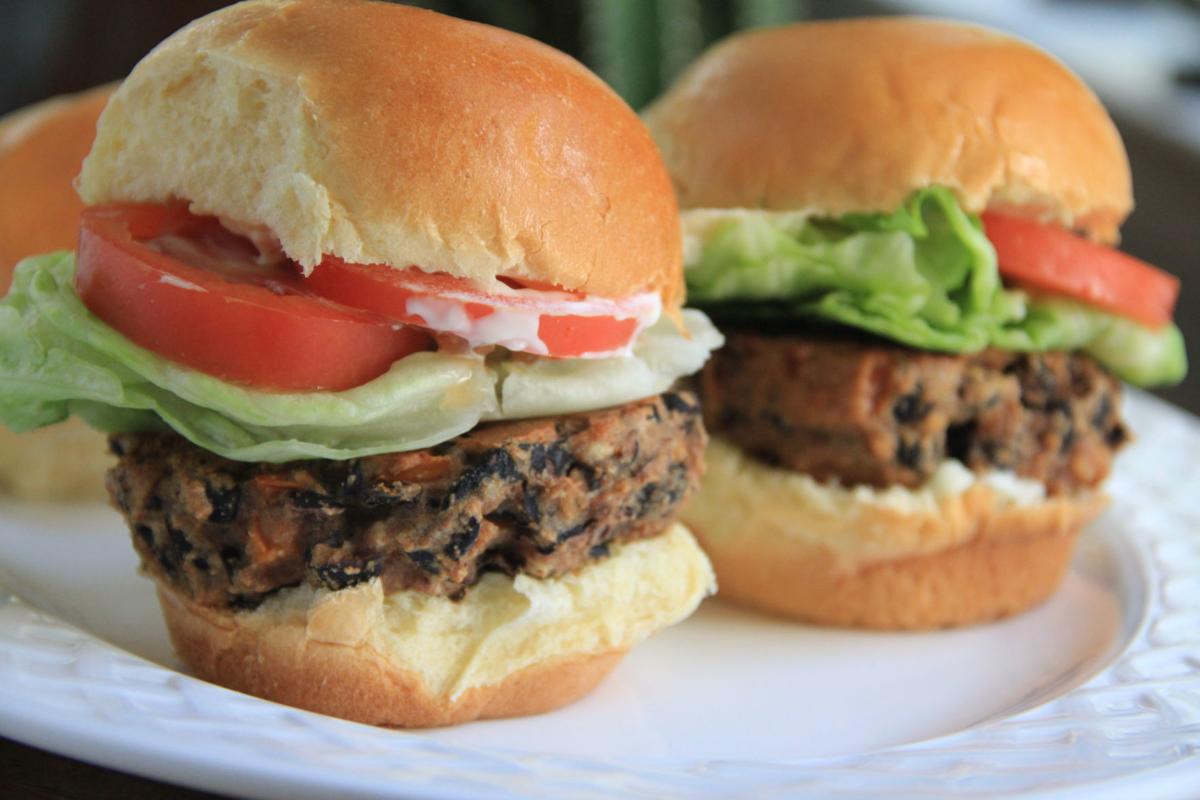 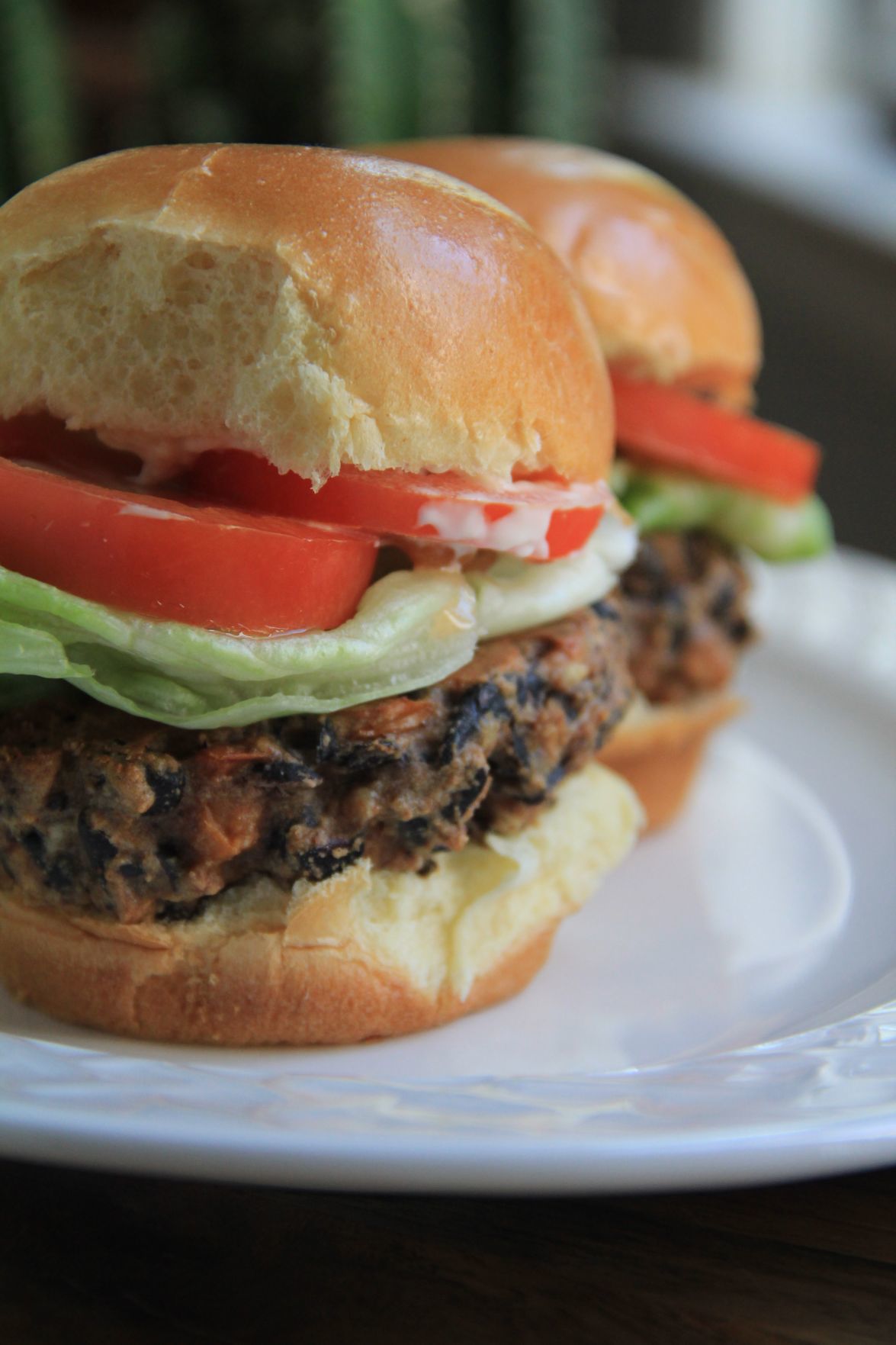 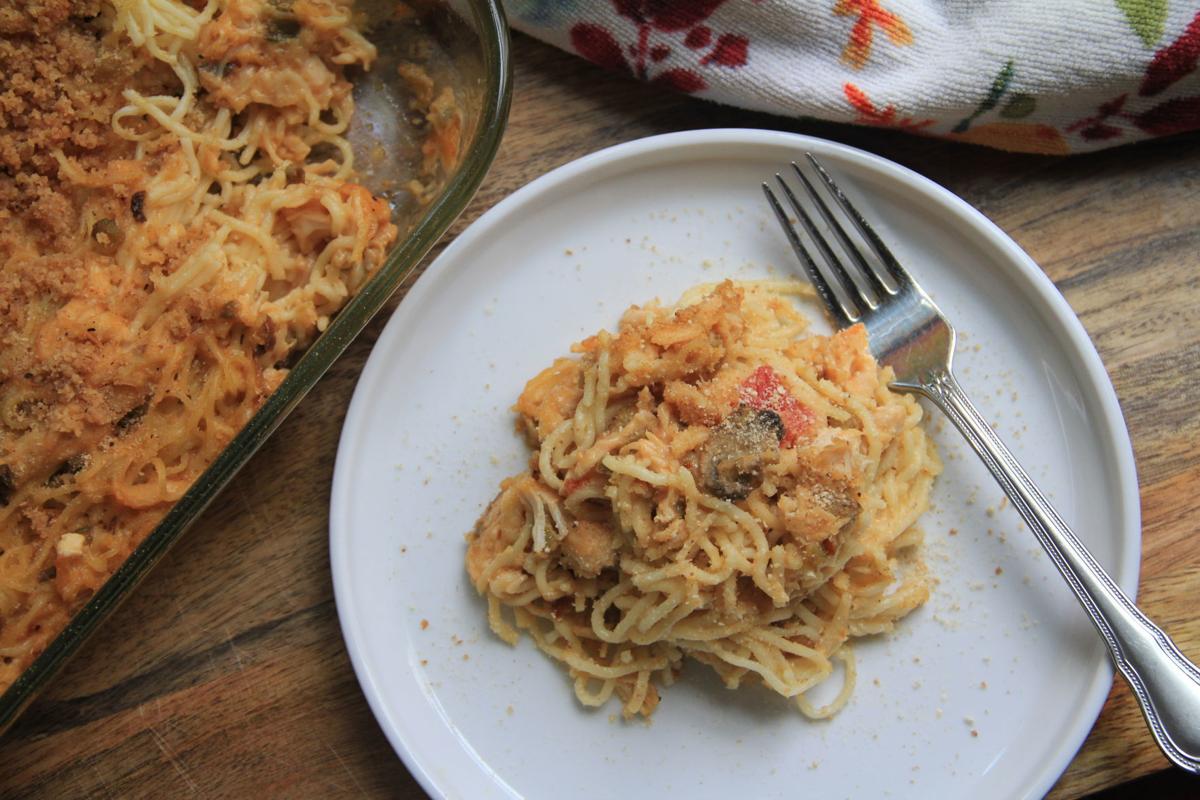 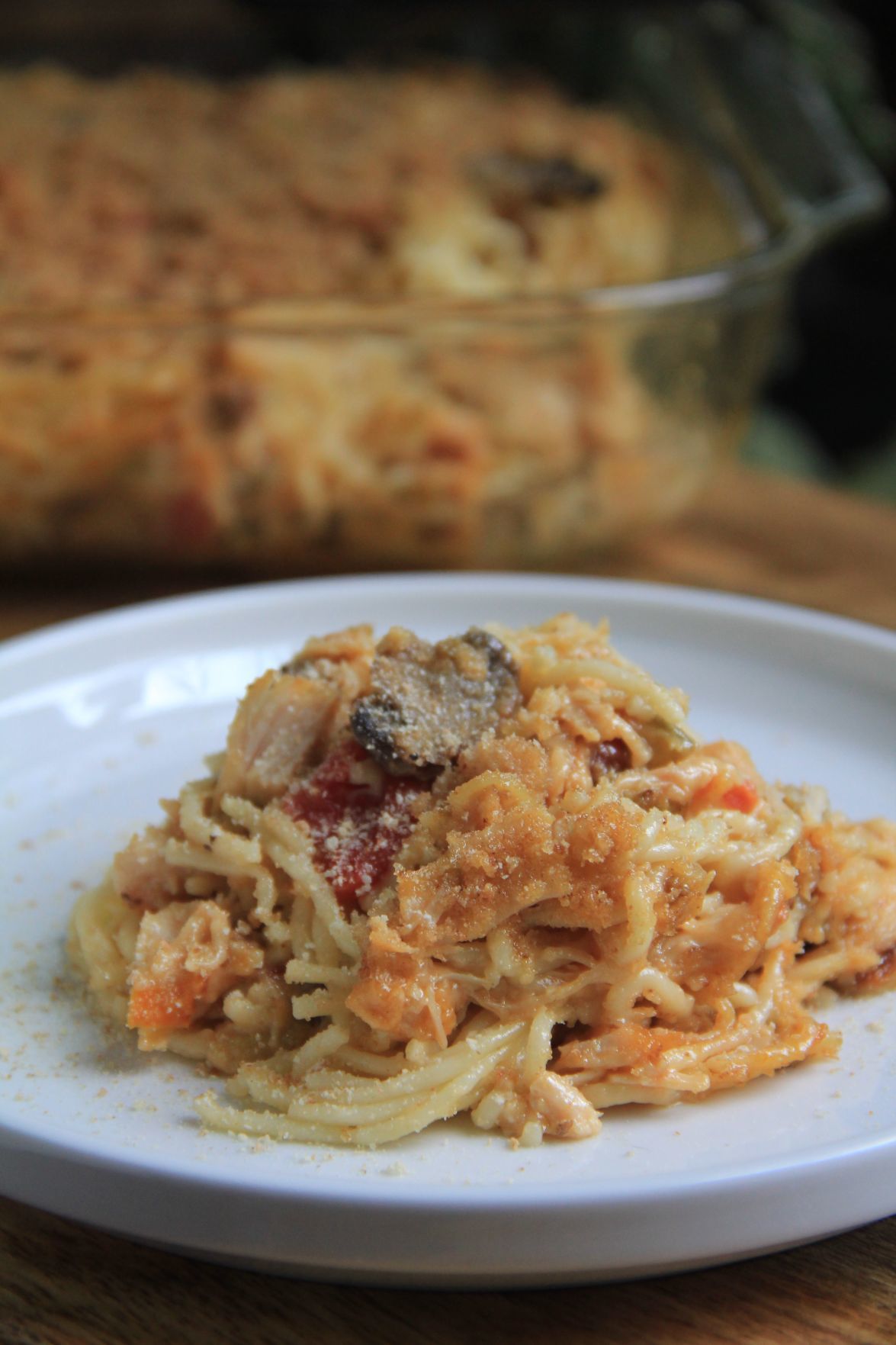 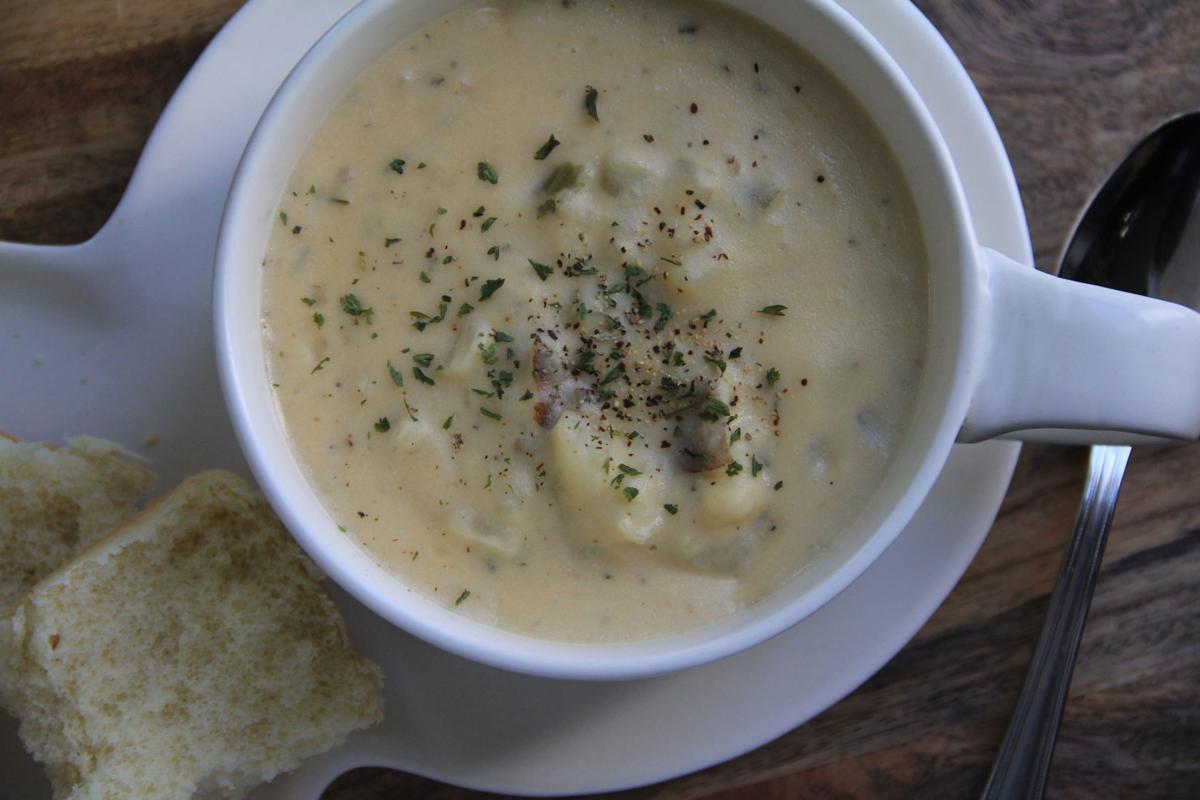 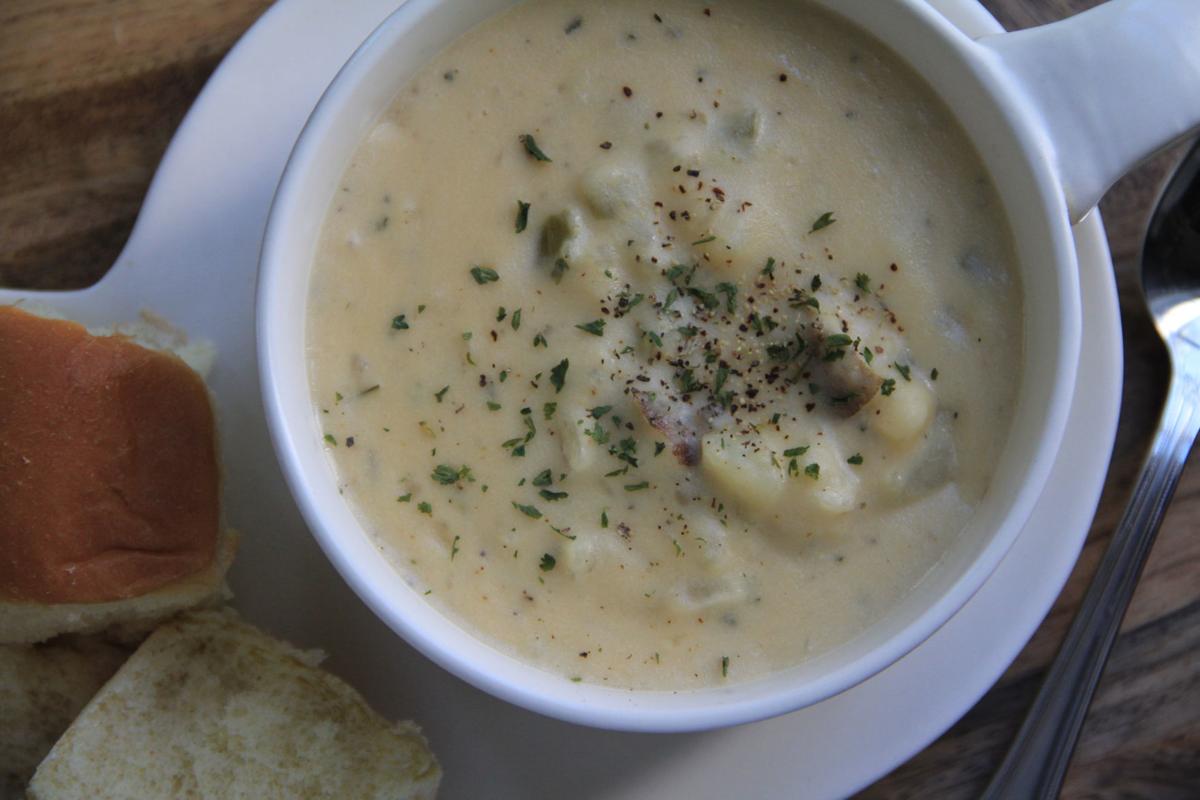 It’s easy to turn a couple of cans of beans into hearty and flavorful burgers your wallet and family will love.

For those spring days when a jacket is still needed, comforting and delightfully chunky Three Potato Soup will warm you from the inside out.

Richmond resident Camilla Davis admits that experimenting with new recipes in the midst of a pandemic probably isn’t ideal. Food sources are hit-or-miss and, more importantly, few among us have money to throw away on recipe ingredients for a dish that might not work out. Plus, worrying about successfully trying a new recipe is added stress none of us needs.

But she disregarded her own advice recently, made black bean burgers for the first time and confessed that, every once in a while, some rules are meant to be broken.

As we entered this pandemic several weeks ago, I asked for your favorite budget-friendly meals and tips. Many of you, including Davis, responded to my request by opening your virtual pantries and cookbooks to share some tried-and-true recipes that feed a crowd — or a couple — without breaking the bank. I was pleasantly surprised at the variety I received — there were meaty dishes with chicken and pork; meatless meals with beans, rice and pasta; and even soup.

A few of you offered some tips, too. One of my favorites: Save the crumbs from tortilla chips and use them in salads for added crunch and heft. I never would have thought to do that and now I’m regretting all those bags of crumbs I’ve thrown out.

Saving those crumbs at the bottom of tortilla chips bags for salads wasn't the only tip I learned from you, dear readers.

Here are some others:

• Always do mise en place (the French process of measuring, cutting, chopping, etc., prior to starting to cook.) It makes the process a lot easier.

• Mix powdered milk according to directions, then add an equal amount of whole milk. You have double the quantity, minus the flavor of the powdered milk by itself.

• Add a 12-ounce bag of frozen vegetables to a Knorr Sides packet as it cooks. When done, stir in 1 tablespoon butter and 3 or 4 slices of processed cheese or 1/4 cup Parmesan cheese.

• Chop leftover vegetables and add to salads - beets, sweet potatoes, squash, broccoli stems, etc. Add some variety with other things like apples, nuts and seeds. Toss the salad gently in your favorite dressing.

• Those leftovers can also go into eggy frittatas.

• Save the juices from cooked meats, like beef and chicken. Refrigerate and remove fat, then freeze the juices in ice cube trays. Use them whenever you need added flavor for homemade soups, sauces and other dishes.

Creating a tasty new meal is “a marvelous boost to one’s self-esteem,” she said by email recently.

“There is nothing like taking that first bite of a dish and thinking, ‘This tastes like someone loves me,’” Davis wrote, “which is followed by, ‘And that someone is me.’”

Cooking is part of our everyday lives now, and we’re all making the best of it. Here are some of the recipes I received, along with some recommended variations. None have exotic ingredients, though I realize that finding even the basics, such as eggs or ground hamburger these days, can be a frustrating scavenger hunt.

We have to do the best we can.

First up is Davis’ black bean burger, which she adapted from a recipe she found online. The trick here is to dry out the rinsed and drained canned black beans by baking them first. Mushiness is a common problem with meatless burgers, but drying the beans helps a lot. Flavorful garlic and onions do their jobs, and the rest is simple — eggs for binding, some sort of breadcrumbs and common refrigerator condiments, such as ketchup, mayo or barbecue sauce, for added binding and flavors.

When I made them, I kept the feta, because it’s what I had. Rather than breadcrumbs, I used almond flour; for the condiments, I went with mayo only but added a drop of hot sauce for a little kick. (Though I didn’t have any, a flavored mayo would be lovely.) Just rummage through your fridge door shelves, and I’m sure you’ll find something you can use.

The recipe calls for mashing most of the black bean mixture with a fork, or using a food processor. I did the former, though next time, I’ll use a processor just so the mixture is more tightly compacted. It didn’t fall apart, but I’d prefer a smoother patty rather than one where there are lots of chunky black beans. The result was big on flavors, and I was able to make eight decent-sized burgers — enough for two meals for my family.

I was happy to see a soup recipe. The calendar says spring, though we seem to get the occasional cold spells here and there, and Hanover County resident Lissa Childrey’s three potato soup is as comforting as it gets for nights when we still need jackets.

There are no frills here — potatoes, evaporated milk and the glorious combo of sauteed onions and celery are sprinkled with parsley and freshly ground black pepper. The longer you let the soup simmer, the better (and thicker) it gets. It’s a delightfully chunky soup, though you could puree some of it if you wanted a smoother version. I left one of the potatoes unpeeled — suit yourself as to whether you leave on the skins.

You could slurp this as is and be perfectly happy, or easily dress it up with bacon bits and cheese or even homemade croutons.

My daughter and resident taste-tester declared that this was the “best soup” she’d ever had and would have licked the bowl clean if I’d let her. Around here, that’s a pretty big compliment.

Think of every potluck you’ve ever been to — chicken spaghetti would fit right in. It’s the kind of meal for anyone who’s routinely feeding a small army — or perhaps making meals to feed others during this pandemic — or for those who simply want to make meals ahead and freeze them. Fresh vegetables, such as celery, mushrooms, onions and peppers, are combined with canned cream soups, cheese, diced tomatoes, chicken and spaghetti.

Though Henrico County resident Nancy Hall said she got the recipe from someone in North Carolina years ago, she’s tweaked it a bit. OK, a lot.

For example, she starts with butter — not margarine — and adds celery and mushrooms to the onion and pepper combination. She nixed the original recipe’s Velveeta for real cheddar cheese. Her predecessor used canned chicken — “I didn’t even know chicken came in a can,” she wrote to me. Instead, she buys a rotisserie chicken and pulls the meat. Rather than spaghetti, she prefers penne, and she sprinkles breadcrumbs over the top halfway through baking.

I’m sure the original recipe was good, though I went with Hall’s tweaks — except I did use spaghetti, since I had it. The result is a satisfying pasta dish that checks off all the major food groups: vegetables, cheese, protein, pasta. It’ll be perfect for those church potlucks, overdue graduation parties and backyard cookouts we’re all looking forward to sooner rather than later.

Eggs to the rescue: easy, budget-friendly dishes to get you through quarantine

Cooking in the time of coronavirus: These copycat recipes let you eat restaurant favorites at home

2 tablespoons ketchup, mayo, barbecue sauce or a combo of those  (I used mayo only)

Pinch of salt and pepper

Preheat oven to 325 degrees. Spread beans onto a baking sheet lined with a silicone mat and bake for 15 minutes, or until dry.

Take out of the oven and increase oven temperature to 375 degrees.

Meanwhile, in a medium skillet, heat oil over medium-high heat and add onion, pepper and garlic. Saute for several minutes, until the onion and peppers are soft. Take off heat and gently blot mixture with paper towels to get some of the moisture out.

Stir or pulse everything together, then add the black beans. Mash with a fork or pulse the mixture, leaving some larger chunks of beans.

Form into patties using about ⅓ cup mixture for each. Bake for 10 minutes on each side.

Top with your favorite burger toppings.

Simple and comforting, this potato soup is like a hug in a bowl. If you can, make it at least an hour before you want to eat and let it simmer. The flavors deepen and the soup thickens.

In a 3-quart saucepan, melt butter. Add onions and celery and saute until soft. Add potatoes and water. Cover the pot and cook for 10 to 12 minutes, until potatoes are very tender. Do not drain.

Mash vegetables slightly. Stir in milk, parsley, pepper. Taste for salt. Heat through but do not boil. Garnish with additional green onions, if desired.

This one is easy to customize based on your favorite vegetables and cheese. While the original recipe called for Velveeta, this cook went with cheddar instead, and also added mushrooms and celery. Store-bought rotisserie chickens are convenient here.

1 can cream of chicken soup

1 can cream of mushroom soup

1 small block of Velveeta cheese, cut into small pieces (or 8 ounces of cheddar)

12 ounces spaghetti (or your favorite pasta), cooked to package instructions

Preheat oven to 350 degrees and grease a large casserole dish (11x15 or something similar).

In a large pot over medium high heat, melt margarine or butter. Saute onions, pepper, celery and mushrooms, if using, until soft.

Add cheese to soup mixture and stir until cheese is melted.

Pour into a casserole dish and bake for 20 minutes. (If using bread crumbs, sprinkle them on about halfway through.)

It’s hard to believe we’re approaching two months of quarantine cooking. Despite the lingering effects of this global pandemic, one of the hig…