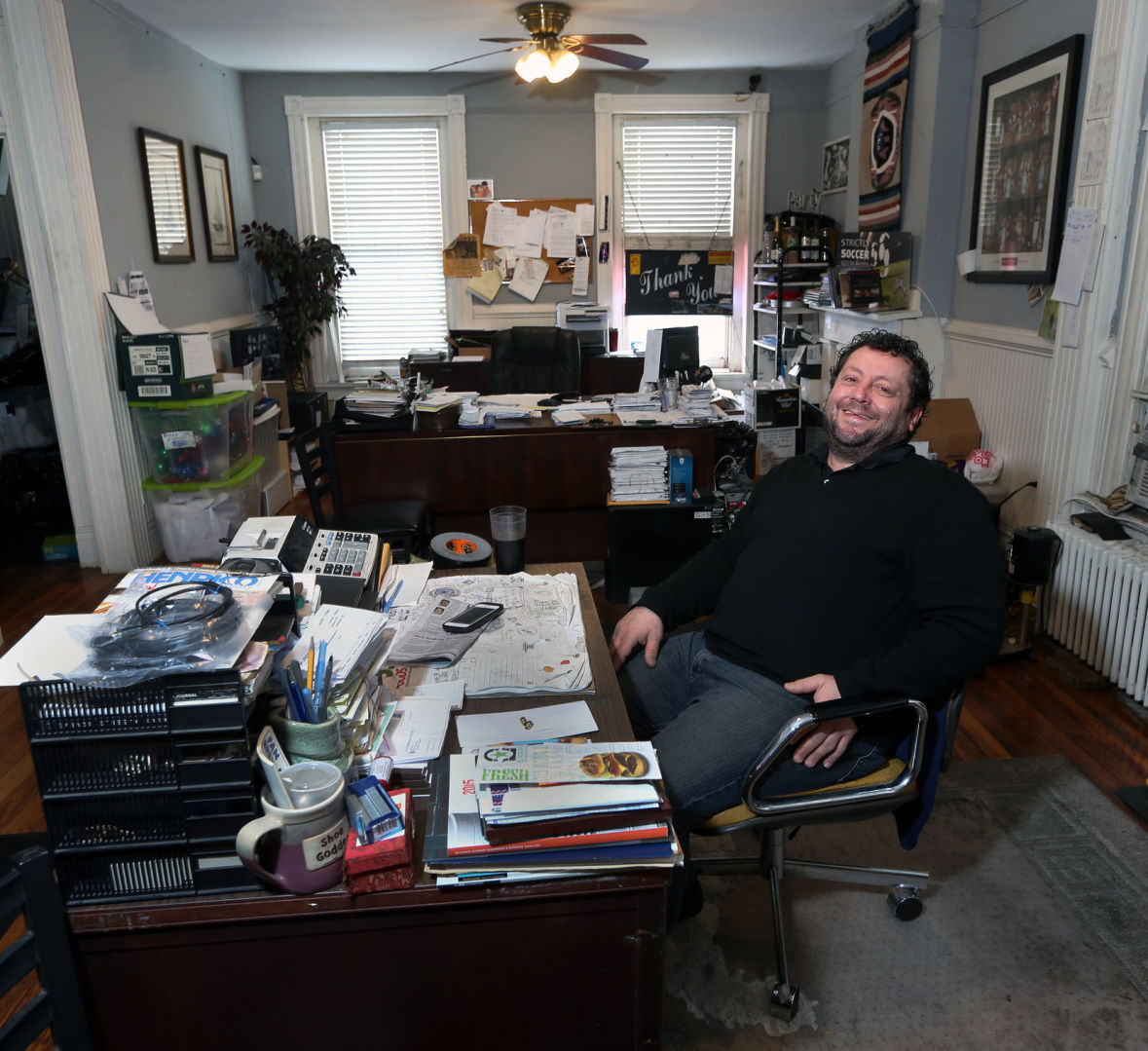 Restaurant owner Johnny Giavos in his office above the Sidewalk Café restaurant. Feb. 27, 2015. 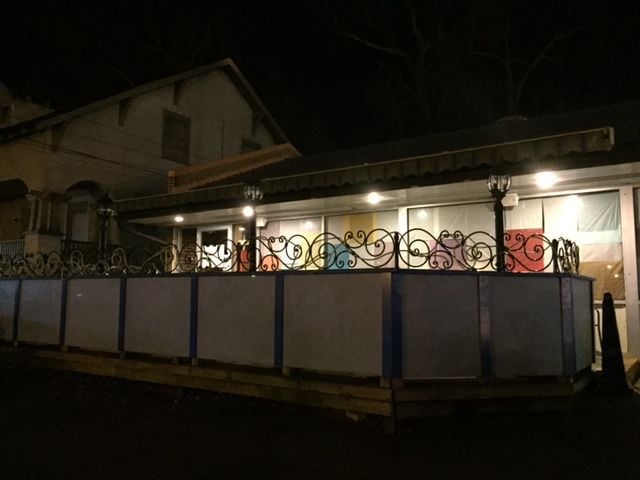 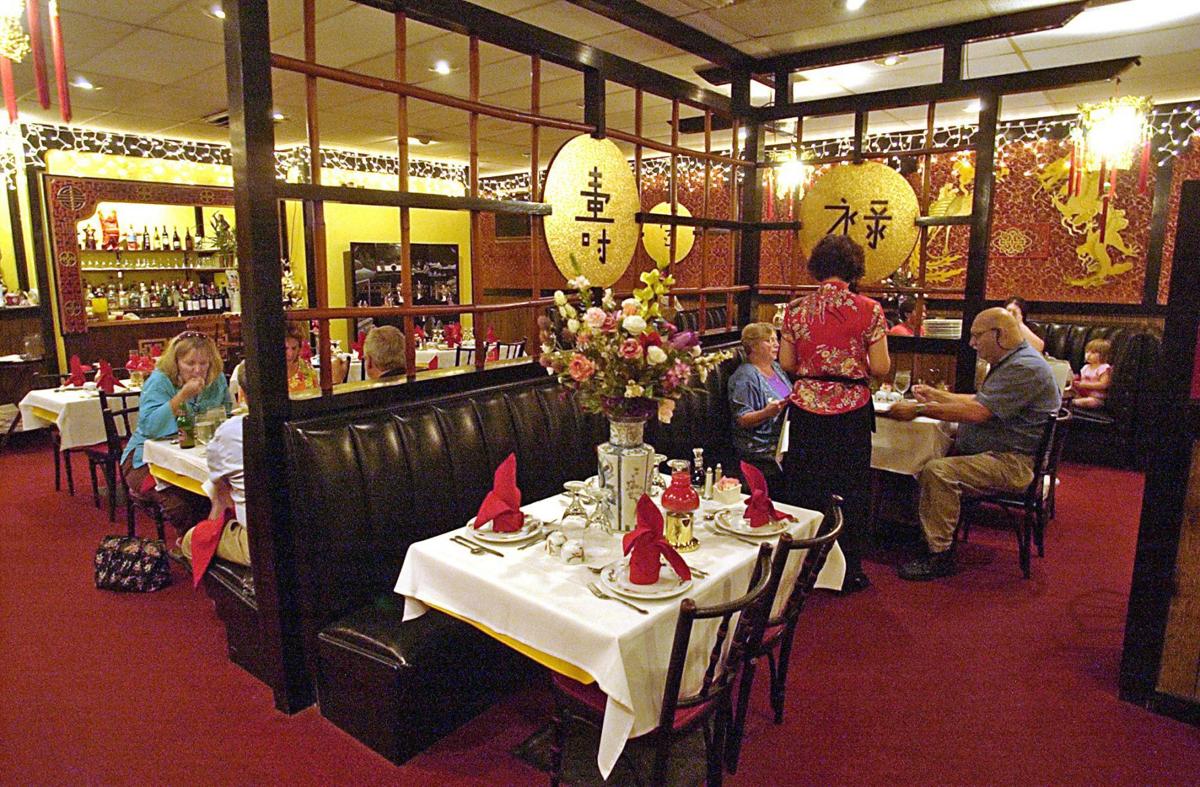 A Galley coffee spot is in the works for the former Mandarin Palace space in Stratford Hills. 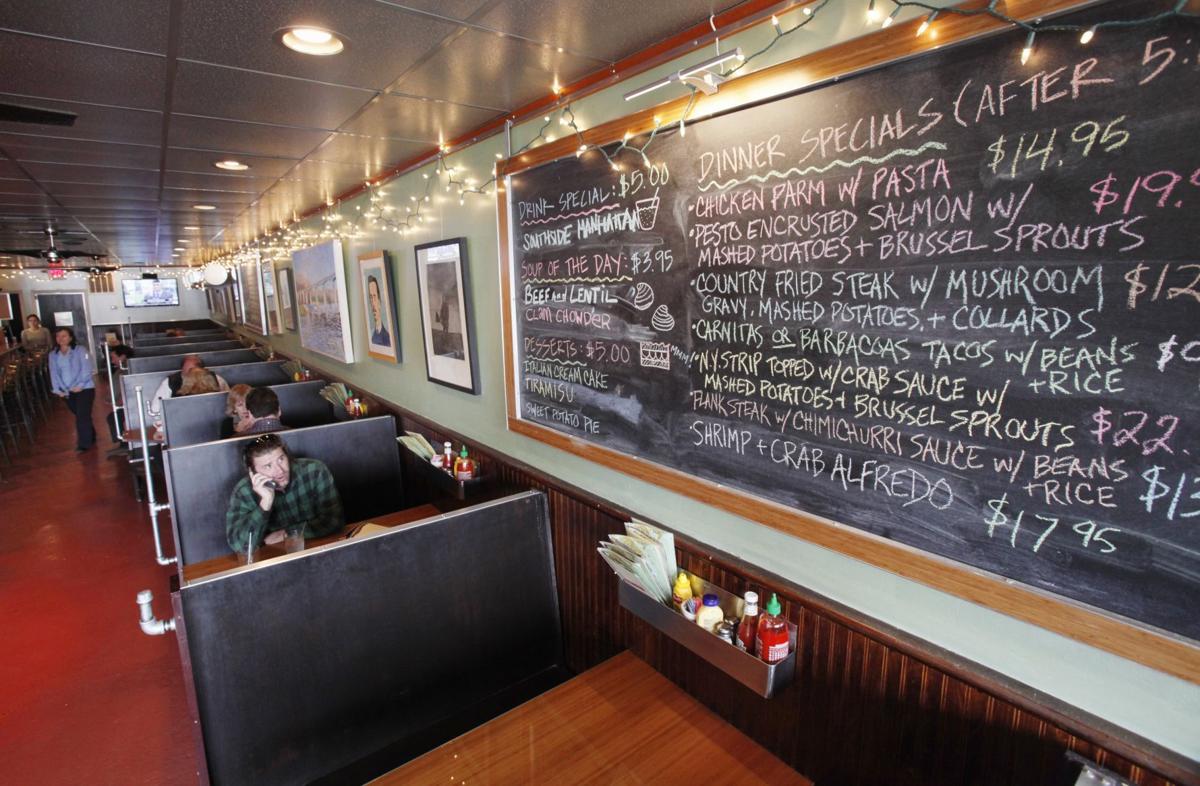 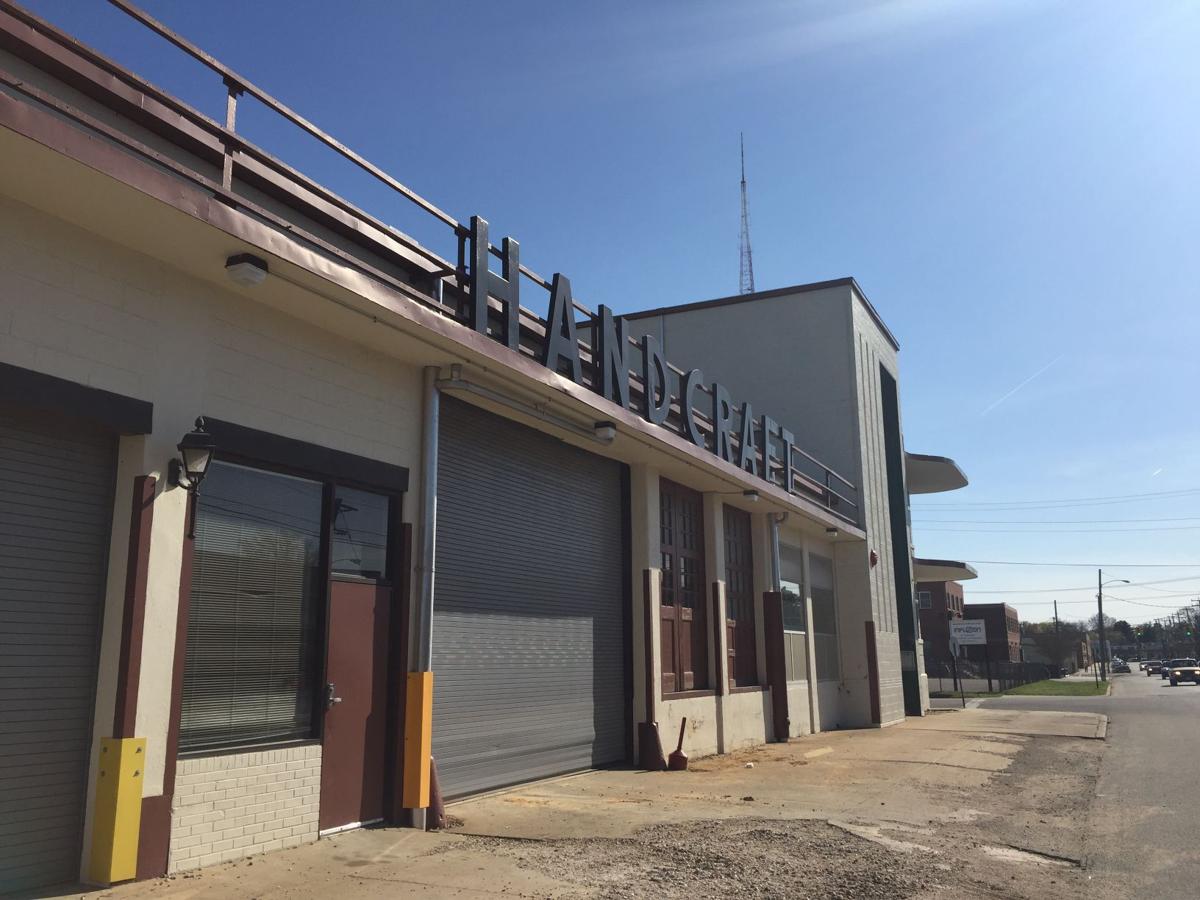 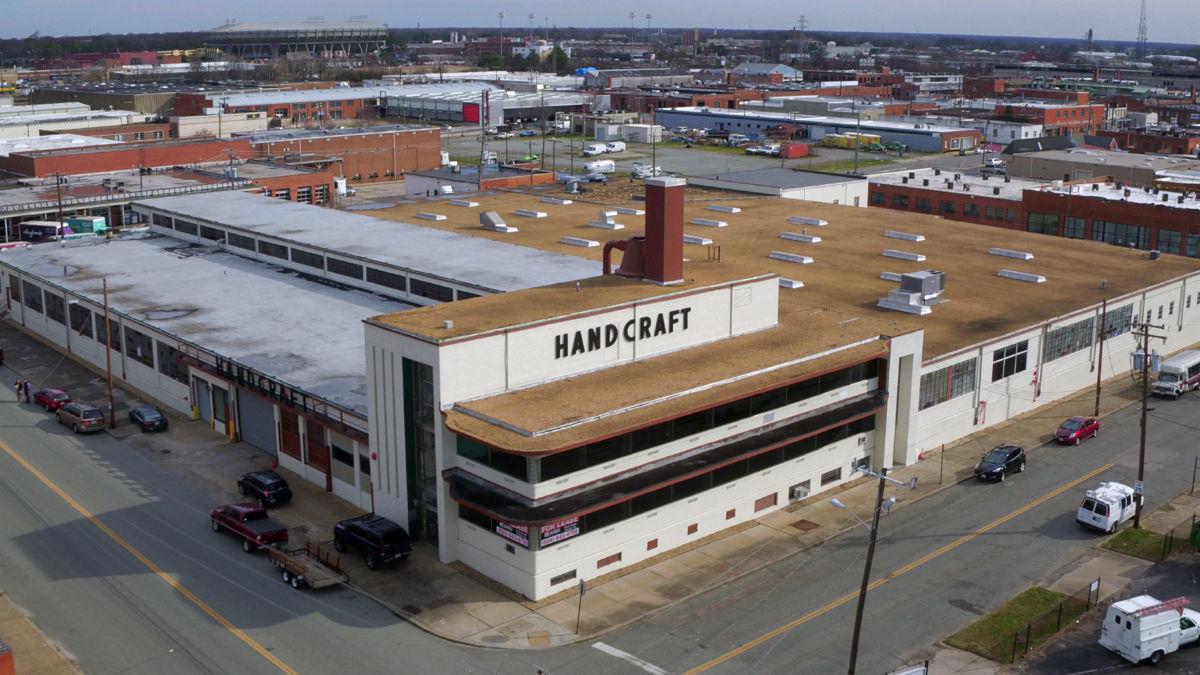 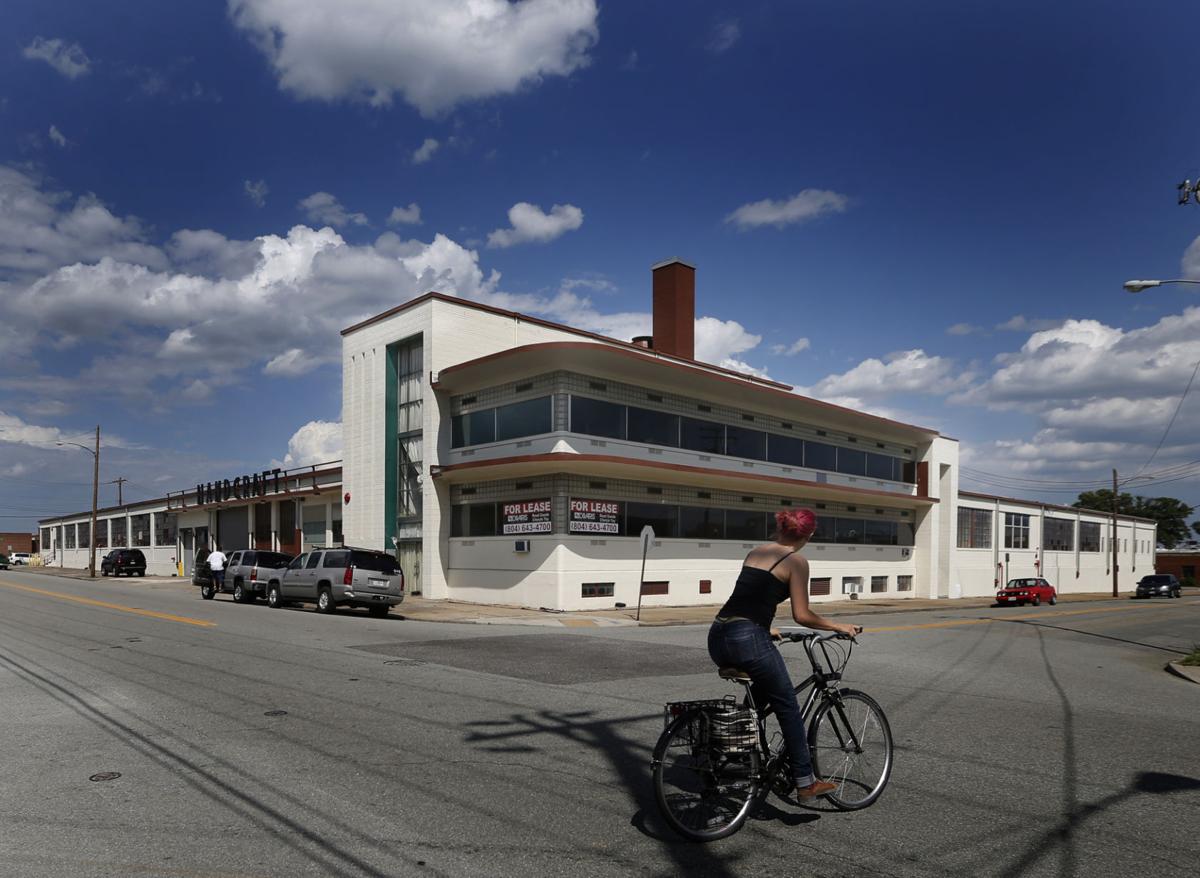 Restaurant owner Johnny Giavos in his office above the Sidewalk Café restaurant. Feb. 27, 2015.

A Galley coffee spot is in the works for the former Mandarin Palace space in Stratford Hills.

Richmond restaurateur Johnny Giavos has been a busy man.

On the two-year anniversary of the opening of two other Richmond concepts (Stella’s Grocery and Kuba Kuba Dos), Giavos announced that he has three more food spots in the works.

Giavos is opening a commercial kitchen and market for Stella’s Grocery in Scott’s Addition, a coffee shop and fast-casual café in Stratford Hills, and a restaurant, Little Nickel, in the former Cielito Lindo space in Forest Hill.

The projects crisscross the city, business partners, concepts and other restaurants, so let’s break them down.

First up is Little Nickel.

Giavos and his business partner Chris DiLauro (with whom he owns The Galley restaurant) own the building at 4702 Forest Hill Ave., which housed Cielito Lindo restaurant from 2004 until it abruptly closed for renovations last year.

The closing was supposed to be brief, and owner Betsy Roman told the Richmond Times-Dispatch it would reopen in a few months with a new concept.

Instead, Roman turned over the keys to Giavos and DiLauro, who assessed the situation, flirted with the idea of renting the space to a new restaurant tenant and instead, based on the renovation cost of the project, decided to open their own restaurant there.

For Little Nickel, Giavos and DiLauro brought in Manny Mendez, their partner on The Galley restaurant, which opened in the Stratford Hills Shopping Center in 2012. (Giavos and Mendez are also partners on Kuba Kuba and Kuba Kuba Dos.)

The renovations on Little Nickel have been extensive. The trio fully gutted the tiny former Mexican eatery and enclosed the patio to more than double the seating.

The team repurposed booths from the former Mandarin Palace restaurant (more on that later) and brought in Giavos’ son, Constantine, to work on the design (he also did Perly’s and Stella’s in Charleston, S.C.).

The new vibe will be a little Miami, a little Caribbean, lots of wood, some curved booths, and color.

“I just want it to be fun,” Johnny Giavos said.

The food will match the decor concept, but Giavos is waiting to nail down the menu until he brings on a chef. The food will be affordable, though, and there will be nachos.

The bar, too, was demolished to make way for a larger one, which will now seat roughly 10 people. There, patrons will find Caribbean-inspired cocktails — and a few frozen drinks, too.

Little Nickel should open in September with 23 parking spaces and no patio. For now. Giavos hopes to add a patio next year once he “meets the neighbors.”

The restaurant will be open for lunch and dinner daily and weekend brunch.

Now for Galley coffee, which is not yet the name, but what we will probably call it.

DiLauro, Giavos and Mendez are working on this spot, too, which is adjacent to their Galley restaurant in the same shopping center.

Galley coffee is opening in the former Mandarin Palace space, which was a Chinese restaurant for 100 years (not really, but since at least the 1980s) until the owners walked away just after Christmas 2016 by attaching a note to the front door telling customers they were closed for good.

Giavos saw the note and immediately called the landlord to ask if he could take over the space and expand Galley.

The Galley coffee (again, not its real name) won’t actually be accessible from The Galley restaurant. The kitchen is the adjoining building between the dining room and the coffee area, but the coffee shop will be an extension of Galley.

Giavos said he’s thinking about it more as a fast-casual space where diners can grab prepared food and sandwiches to-go.

For The Galley coffee space, garage doors have been added to the exterior, and there will be seating, including a bar, so patrons can enjoy their sandwiches or dishes inside (or on a few patio seats).

The Galley bar will have a few taps dedicated to beer and wine, plus coffee and smoothies.

A lot of the prepared food found at Giavos’ market concepts — Stella’s Grocery, which opened two years ago at 1007 Lafayette St., and Kohlmann’s Neighborhood Market, which opened two months after that at 109 E. Grace St., will be available at Galley coffee.

Galley coffee should open this summer.

Now for the big one: Stella’s Scott’s Addition (not its real name).

Giavos doesn’t have a name for this spot yet — or a confirmed location — but he is finalizing a lease inside the iconic HandCraft Cleaners building at 1501 Roseneath Road in Scott’s Addition.

Giavos has been on the hunt for a home for a commercial kitchen for Stella’s Grocery, having already run out of space for the prepared foods in the popular Near West End spot, and he found it in nearly 4,000 square feet in Scott’s Addition.

With that space, Giavos hopes to move a lot of the prep out of Lafayette Street (with the exception of the food made to stock Stella’s restaurant). He’s also hoping to expand the prepared food offerings at Stella’s, Kohlmann’s and Galley, while allowing each market/cafe to keep its own distinct food identity.

And Giavos figured if he was going to be cooking food somewhere in Scott’s Addition, he might as well sell it there, too.

So a big chunk of the Scott’s Addition space will be dedicated to a market modeled on Stella’s Grocery, only bigger.

Since the lease isn’t finalized, there’s no word on an opening date yet, but Giavos moves fast, so Richmonders shouldn’t have to wait long.

And then that’s it, Giavos said. “This is my last hurrah. I promise you.”

Galley market is now open for breakfast, lunch and dinner - dine-in and take-out - in Richmond

Let's just get this out of the way - the new Galley spot - adjacent to The Galley restaurant on Hathaway Road - doesn't officially have a name.