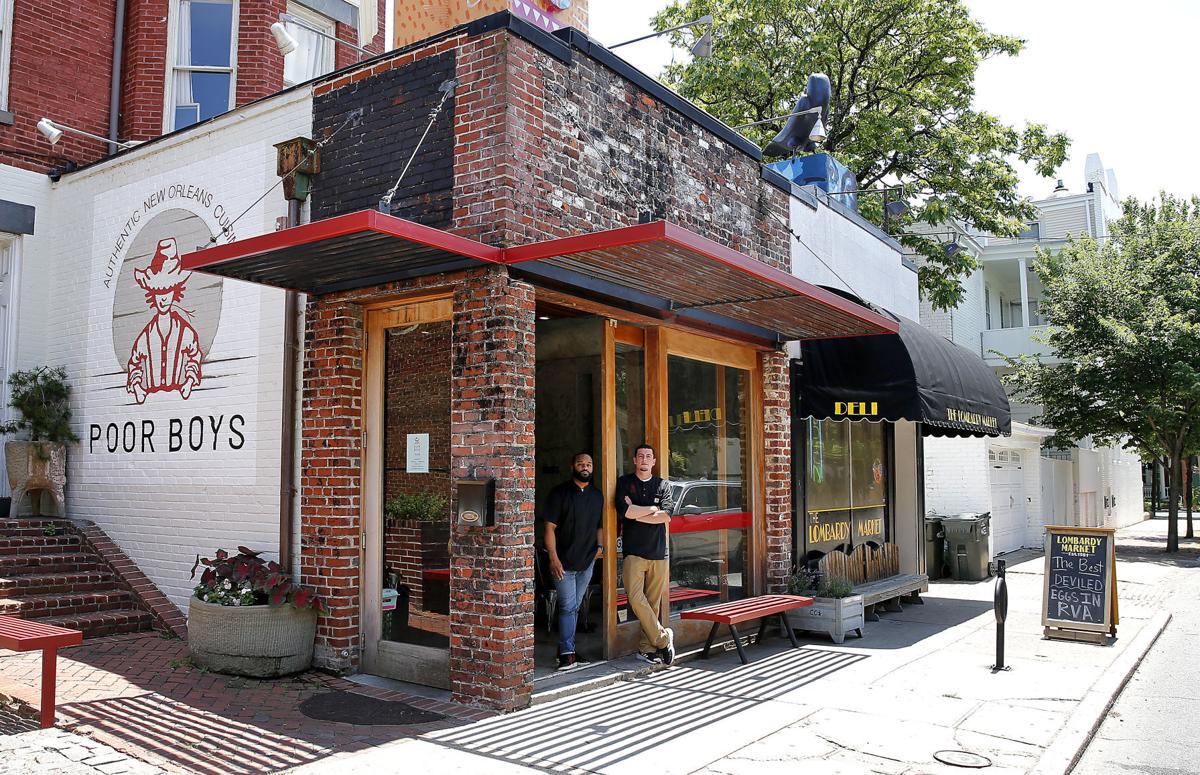 Poor Boys, owned by Clayton Navarre (left) and Dillon Altizer, sets out to document a wide range of Cajun and Creole dishes at the New Orleans-themed restaurant at 203 N. Lombardy St. 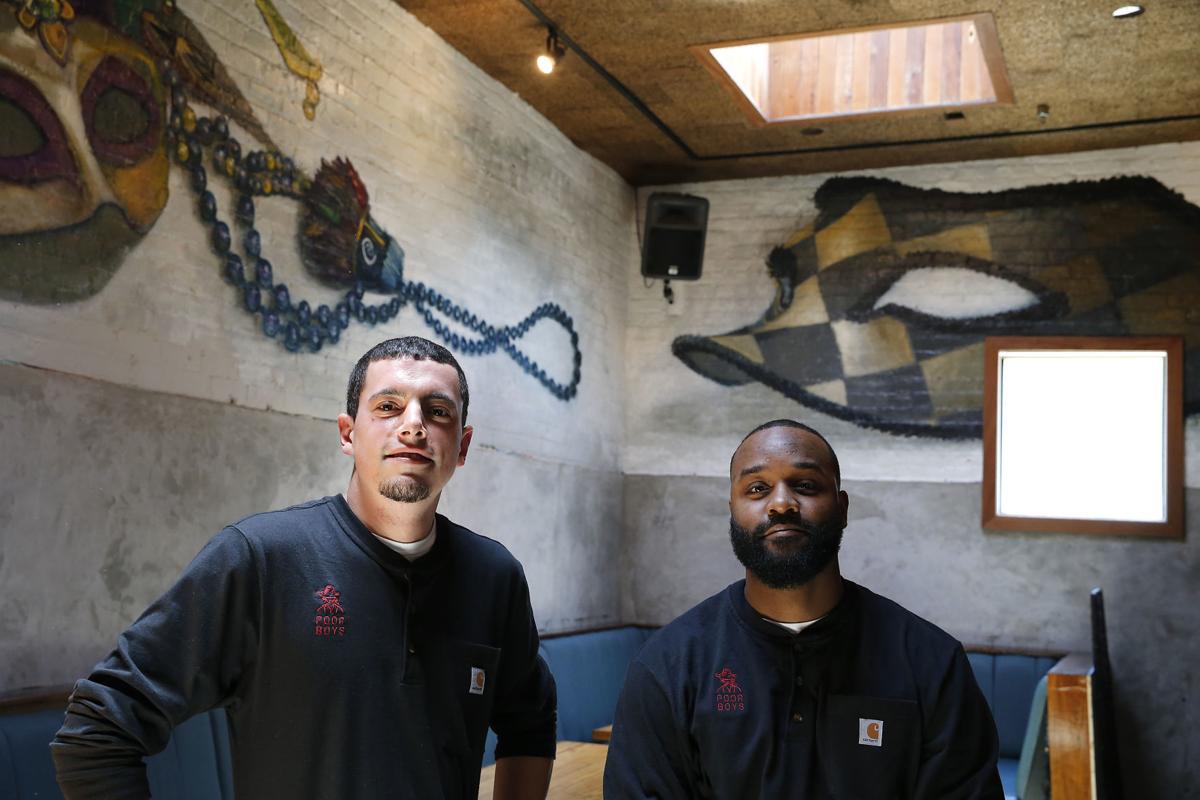 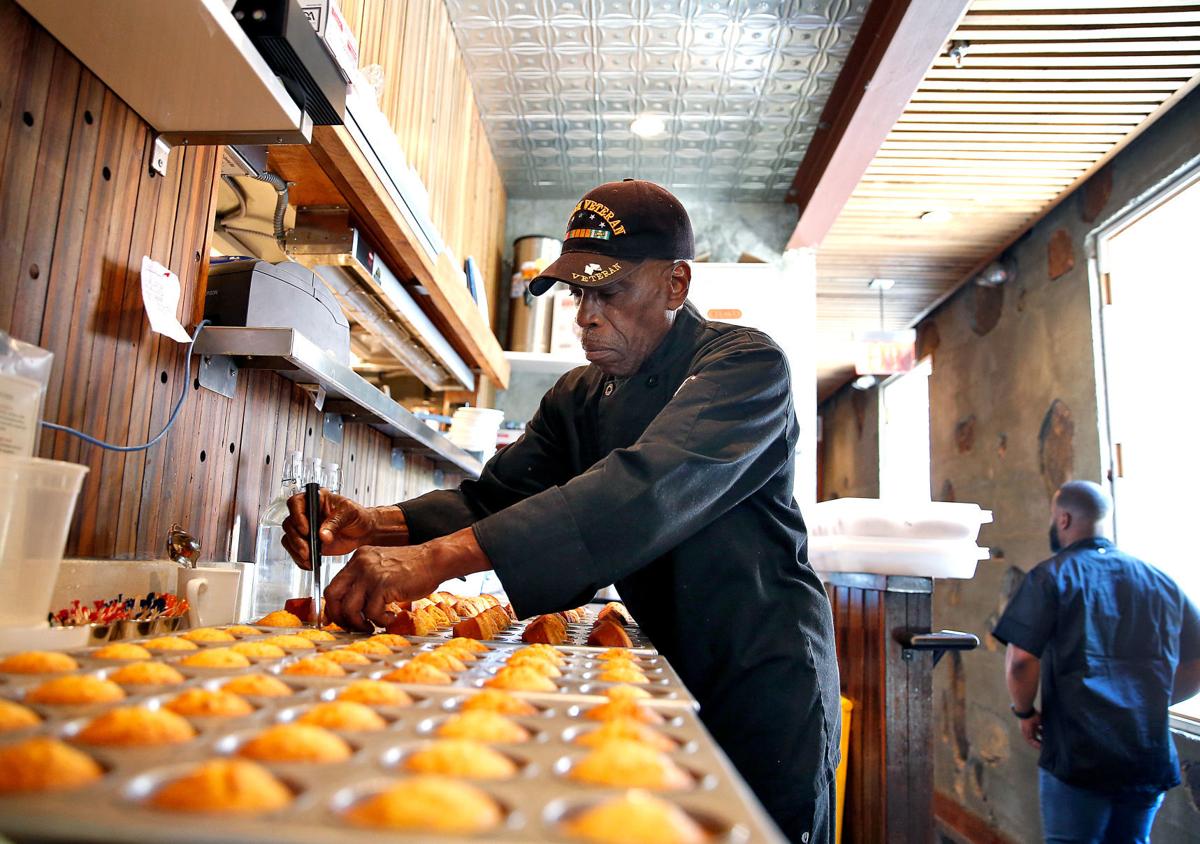 Chef Robert Holmes, 65, got his start the old-fashioned way: learning to cook in a home economics class in elementary school in Chicago in the 1960s. 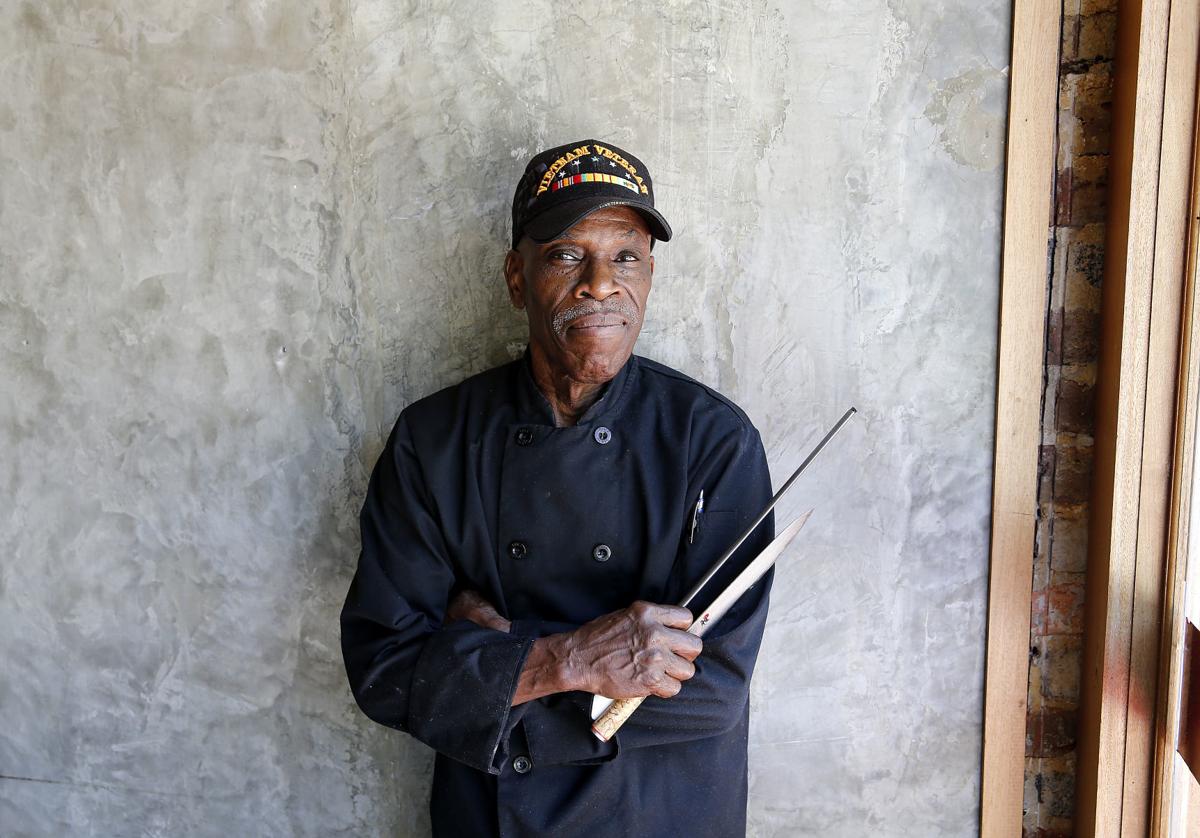 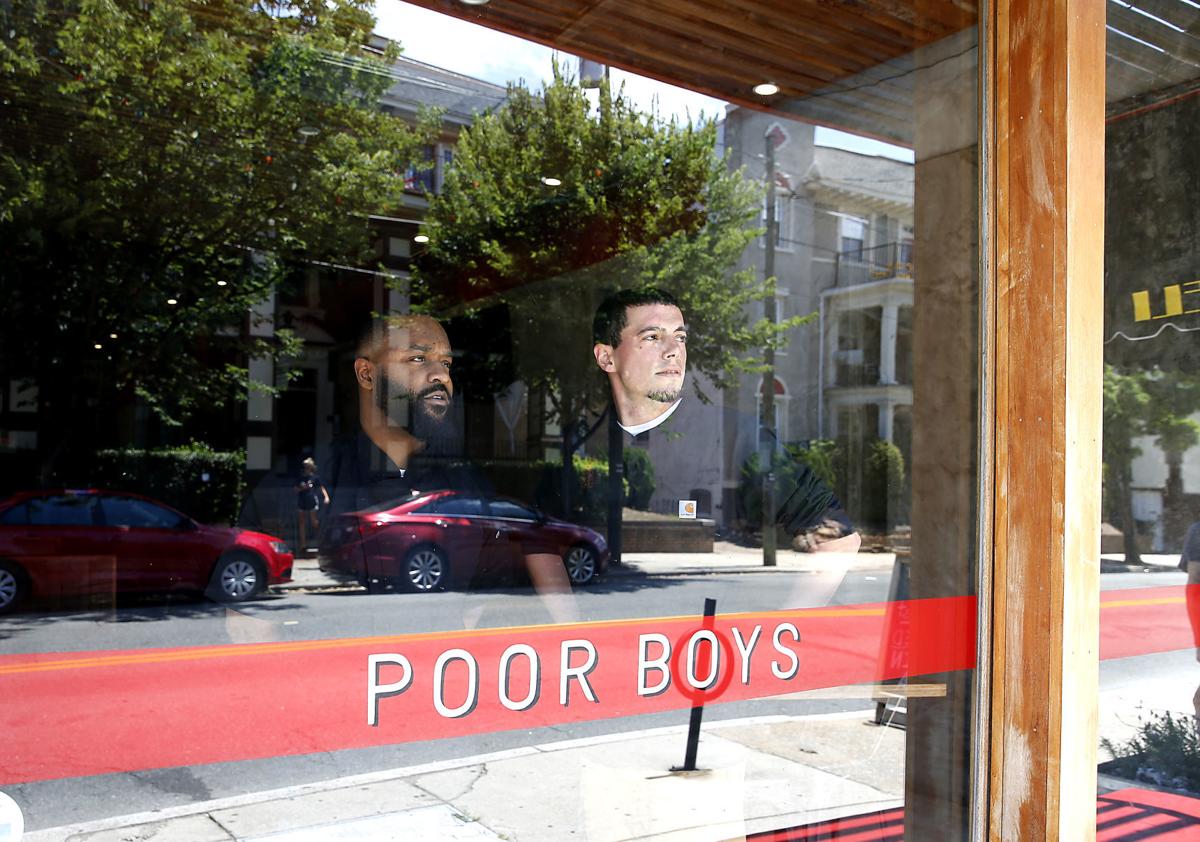 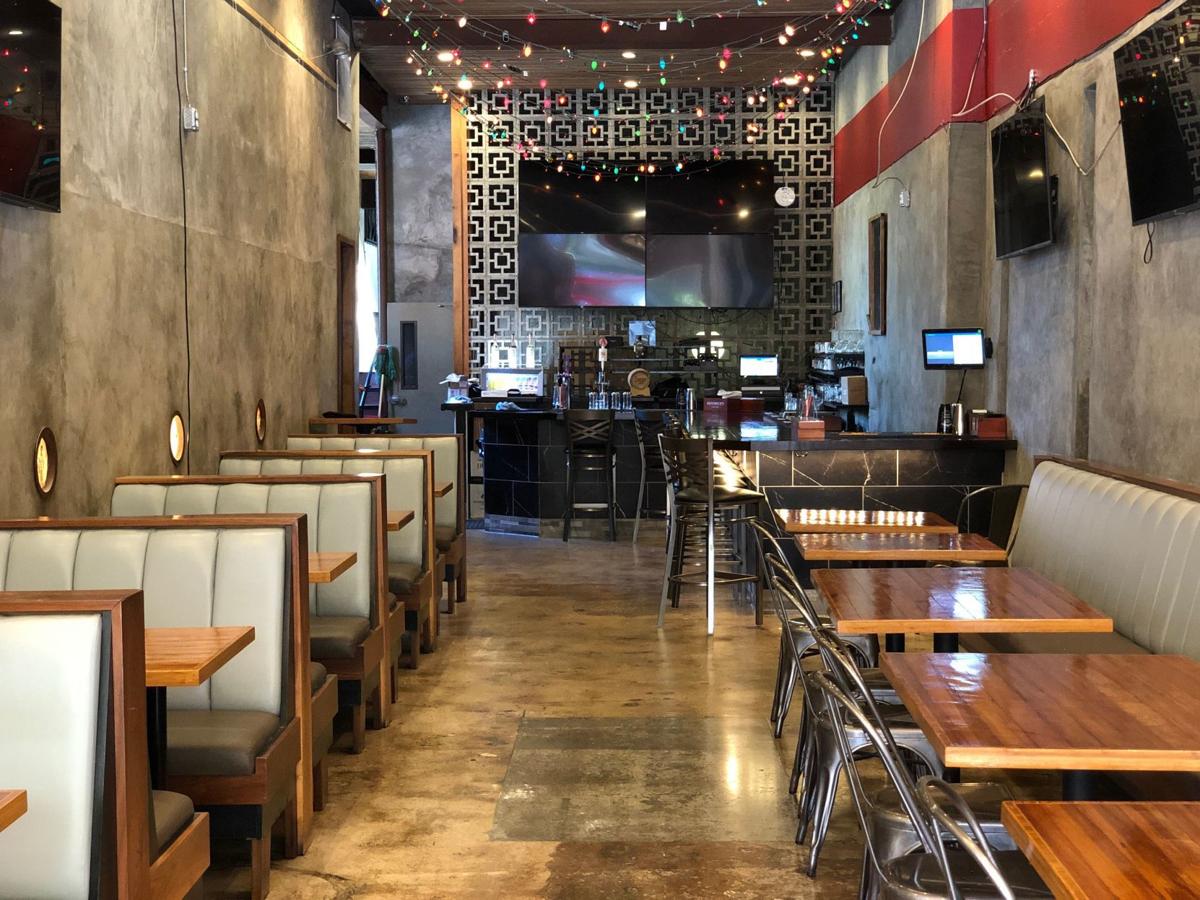 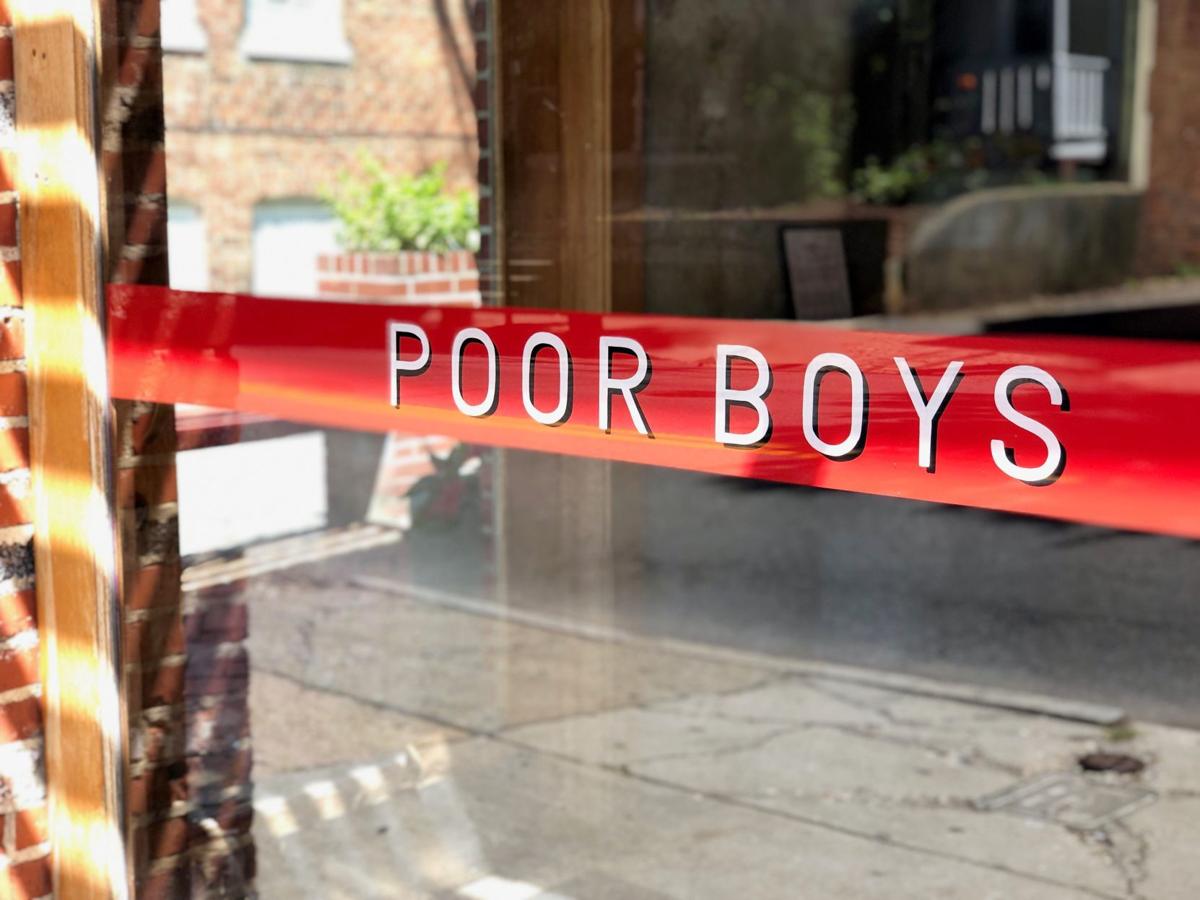 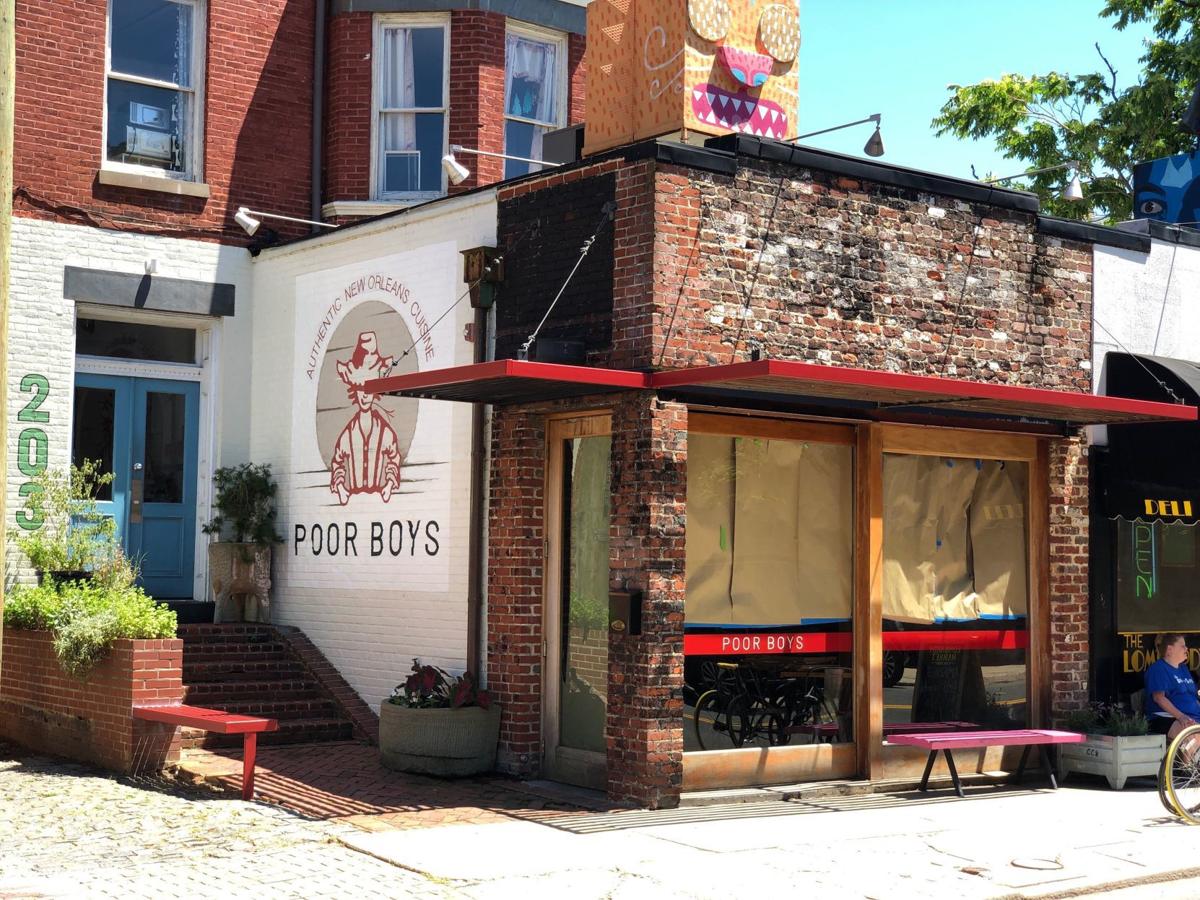 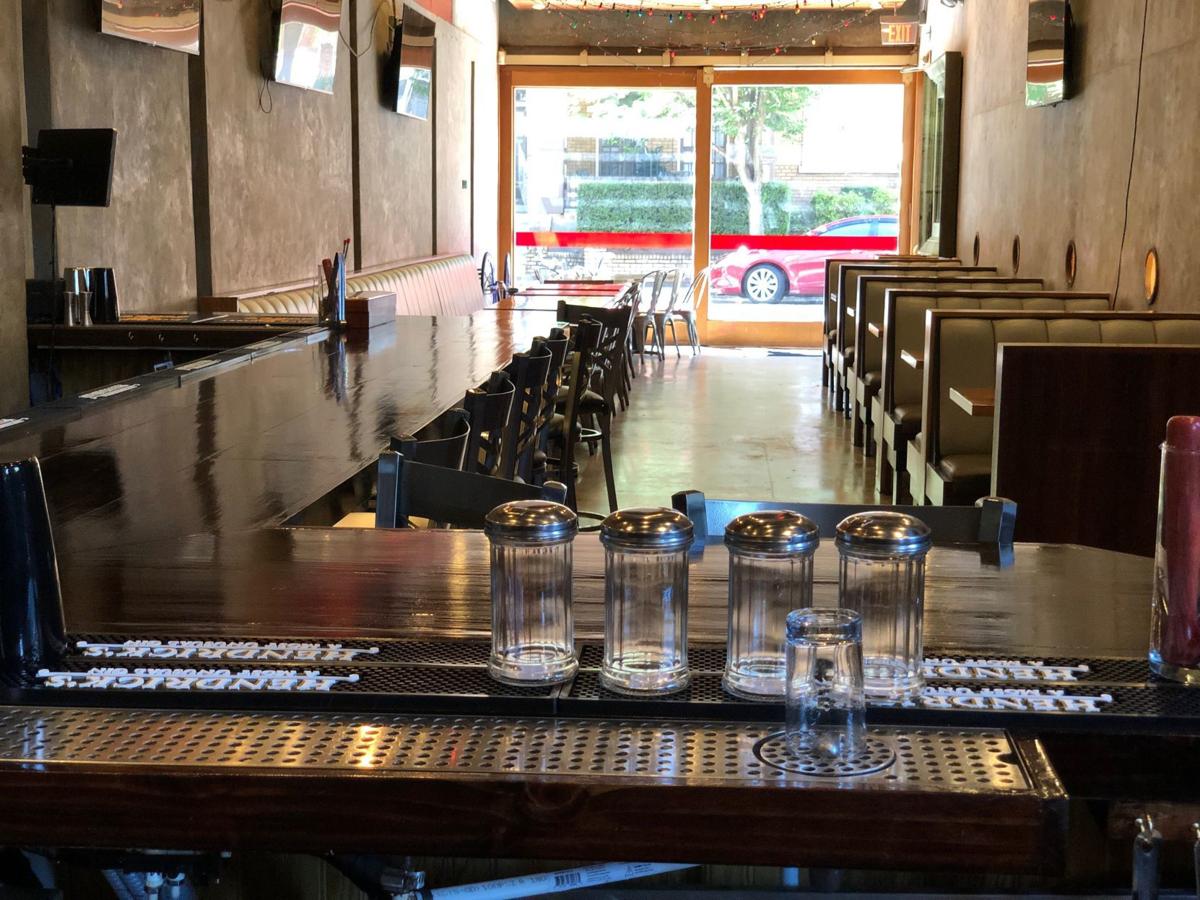 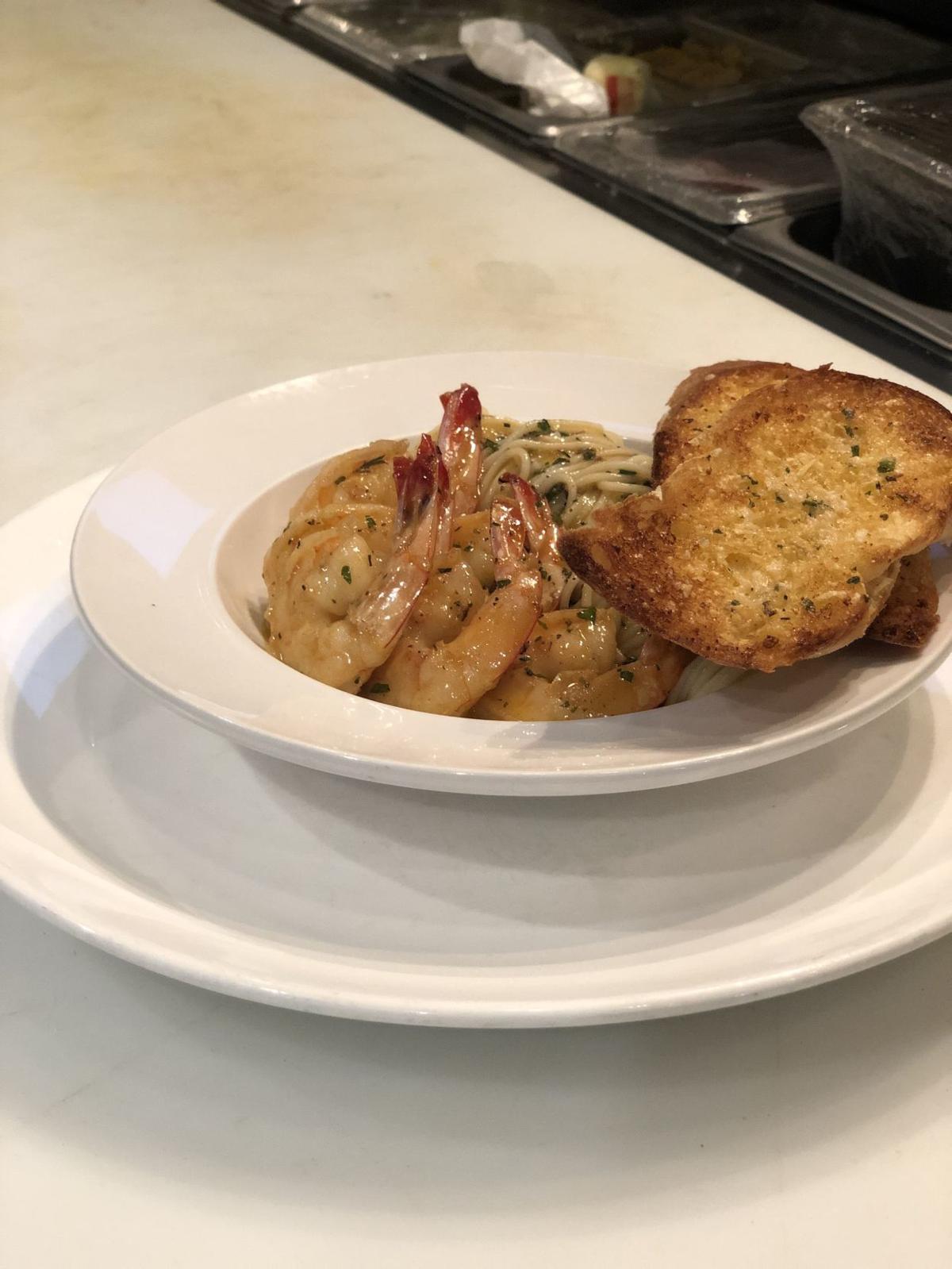 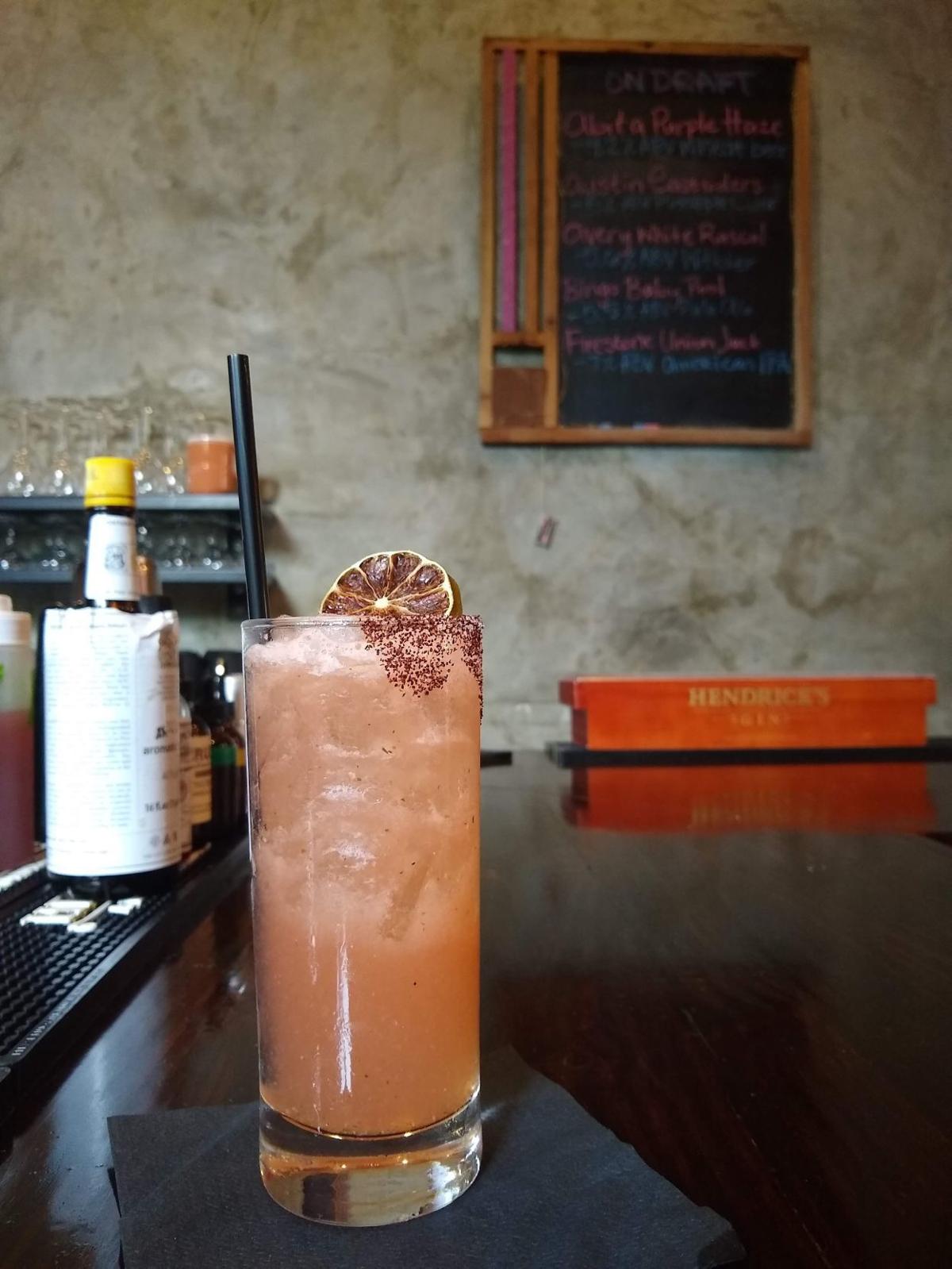 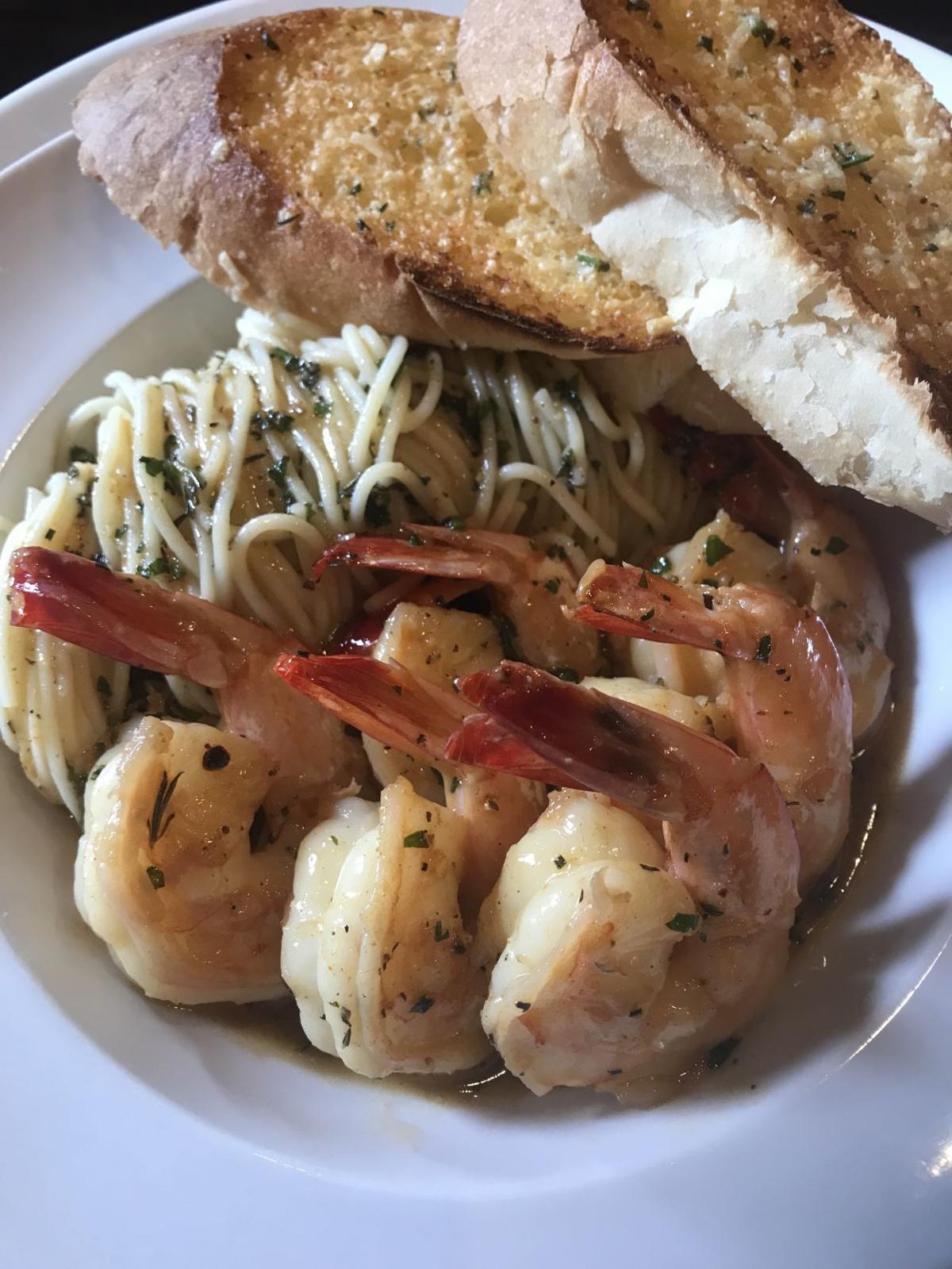 Poor Boys, owned by Clayton Navarre (left) and Dillon Altizer, sets out to document a wide range of Cajun and Creole dishes at the New Orleans-themed restaurant at 203 N. Lombardy St.

Chef Robert Holmes, 65, got his start the old-fashioned way: learning to cook in a home economics class in elementary school in Chicago in the 1960s.

In the kitchen of the new Creole-inspired restaurant in the Fan District, you’ll find a chef who’s worked with some of the biggest names in New Orleans food.

There are a lot of cool names connected to Poor Boys, the Creole-inspired restaurant specializing in po’boy sandwiches that opened June 15 at 203 N. Lombardy St. in the former Flora/ Balliceaux/Bogart’s space.

First-time restaurant owners and childhood friends Clayton Navarre and Dillon Altizer have done justice to the space that went through a massive renovation a decade ago.

They have expanded the front and backroom bars — both in length and seats. Murals are going up in the backroom, dubbed the Voodoo Room, where a special craft cocktail menu and, of course, live music, set the room apart from the front dining room.

But it’s in the kitchen where you’ll find the coolest name: Chef Robert Holmes.

Holmes is a chef you’ve never heard of.

For a Creole-influenced restaurant to say it has a chef from New Orleans is significant. To add that the chef has 45 years of experience is also significant.

And then there are the names of some of the places he’s worked and the people he’s worked with — at Emeril Lagasse’s NOLA restaurant; at Mr. B’s Bistro; at various restaurants with chefs Susan Spicer and John Besh; at Leidenheimer Baking Co., to name a few.

But you won’t find any of that out by talking to Holmes, who’s soft-spoken and rarely steps out of the kitchen. If pressed, he’ll share that his true passion is baking.

Once you try his food — a bite of his BBQ shrimp — New Orleans-style, lightly sauteed in a house seasoning and garlic and spices with no barbecue anything — you’ll push for more information.

The 65-year-old chef got his start the old-fashioned way: learning to cook in a home economics class in elementary school in Chicago in the 1960s.

“It was just an interest,” Holmes said.

Instead, he had an aptitude for art and in sixth grade won a scholarship to take classes at The Art Institute of Chicago, but soon after he and his family moved south — to New Orleans, when the burgeoning artist was 14.

Holmes finished high school and enlisted in the Marines and served. Along the way, he found his way to baking, something that fused his artistic talent with the interest he had in cooking. He also worked in restaurants along the way, starting as a dishwasher.

When he left the Marines, Holmes started working the night shift at Leidenheimer, the bakery that invented the po’boy.

Over the years, he did a little bit of everything: he’s been a butcher, a stock-maker, a line cook, an executive chef. It was at Mr. B’s, the award-winning French Quarter restaurant, that Holmes earned his favorite title: pastry chef, while working with the restaurant’s current executive chef, Michelle McRaney.

McRaney said Holmes’ desserts were some of the best she ever had.

“And what’s special about Robert is that as wonderful as his desserts are, he is equally talented on the savory side as well — a rare combination to have as a chef,” she said.

Family brought Holmes to Richmond, via another circuitous route.

Once upon a time, Holmes was married to Poor Boys’ co-owner Clayton Navarre’s aunt. Holmes and Navarre’s father, Arnold, often talked about opening a New Orleans-style restaurant in Richmond. They talked about it for 30 years. And it was Arnold who called one day, finally, with the proposal and job.

Truxton left San Francisco for Richmond two years ago in search of affordable housing and a better lifestyle, and has worked his way through Richmond bars (Kabana, Aloi, Little Saint, Acacia), honing his craft and cultivating friends.

He’s brought plenty along with him, and the bar staff at Poor Boys is more like a team of bar managers, with everyone pitching in on the cocktail lists (one for the front, one for Voodoo).

Truxton also brought the West Coast’s zero-waste policy and so imbibers at the Poor Boys bar will find every part of the fruit used in some capacity. The garnishes are dehydrated to ensure nothing is lost in the juicing process.

Similarly, Poor Boys is using everything it can from the space’s previous incarnations — the seating and tables and general vibe from Balliceaux and Flora are mostly the same, many of the Flora staffers remain (or perhaps returned as Flora closed in November) and, of course, live music, from everyone.

They’re even bringing back something lost long ago, from 2008 when Bogart’s closed and the renovation to Balliceaux began: sound panels for soundproofing.

“We estimate they took down about $6,000 worth of soundproofing,” Truxton said of the decade-old renovations.

Poor Boys is open 3 p.m. to midnight Mondays through Saturdays.

Additions are coming and everything is Holmes’ menu, down to the house-made sausage for the po’boys and jambalaya. But the entrees are where you can see a style start to shine.

Poor Boys is beginning with live music — jazz during business hours — and late night in the back room will return, but not until some sound panels are installed, likely in the fall.

According to city records, 203 N. Lombardy St. is one address that encompasses a parcel of land that includes a single-family residential unit…

The food is good and they are nice people. Glad they are a part of the neighborhood.