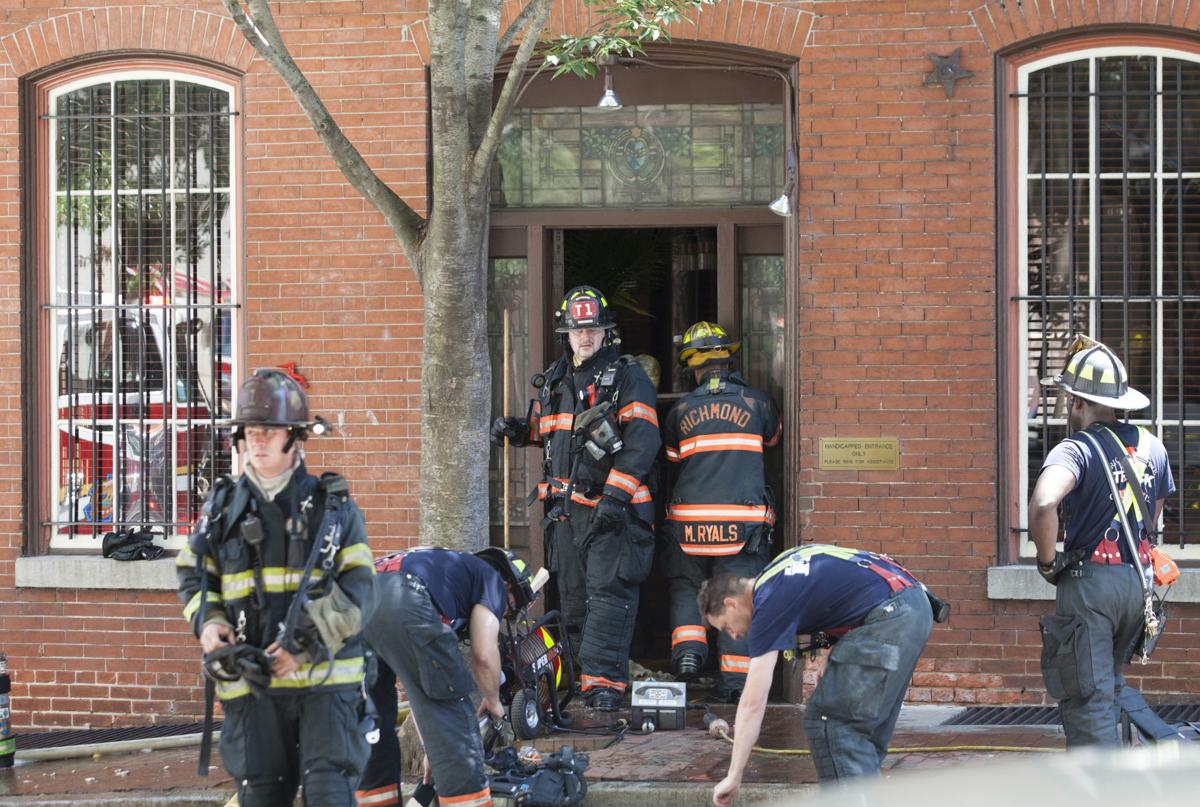 The Tobacco Company restaurant, closed since a three-alarm fire in July, is now expected to reopen in early summer. 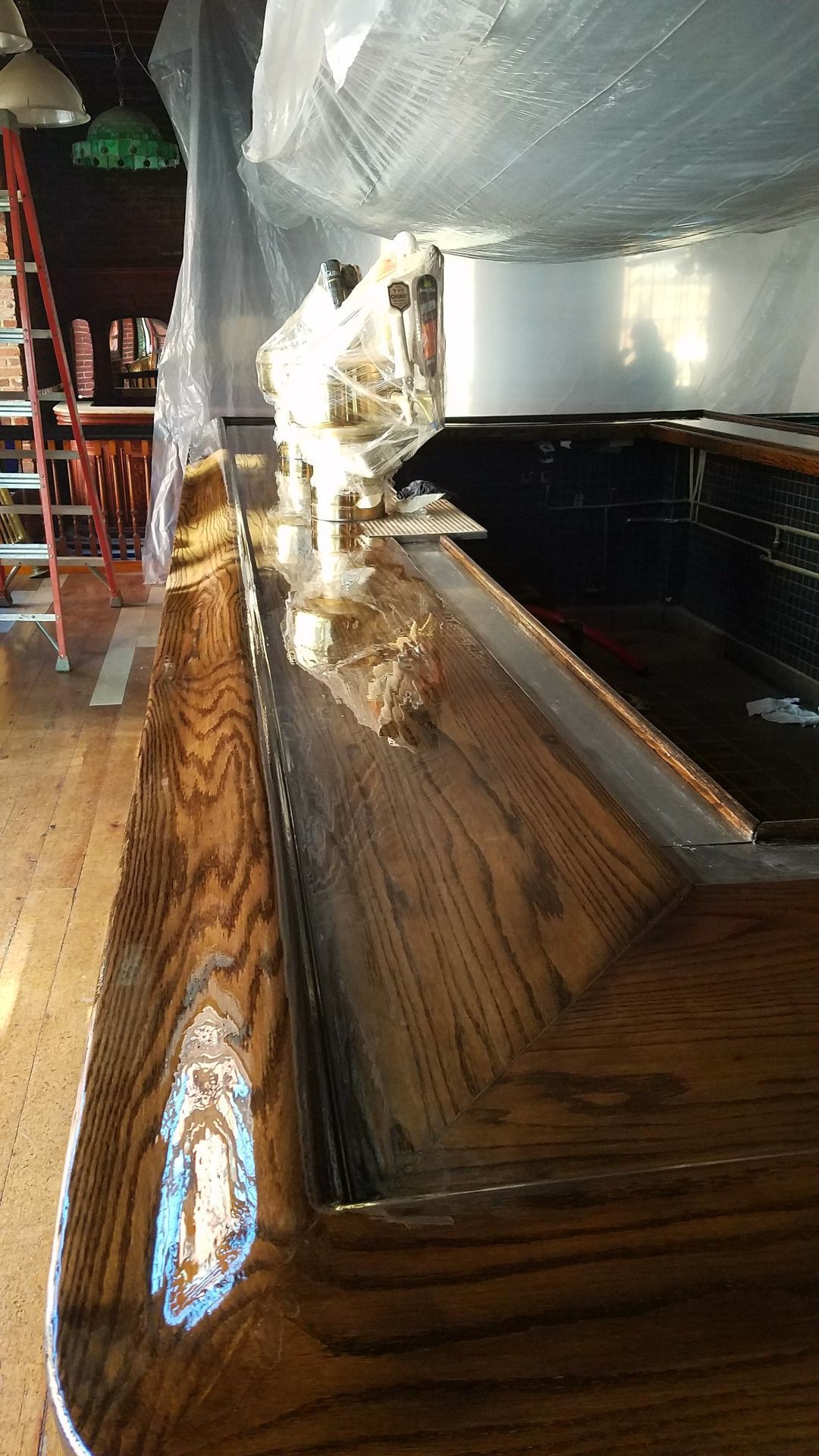 Damage to The Tobacco Company bar. 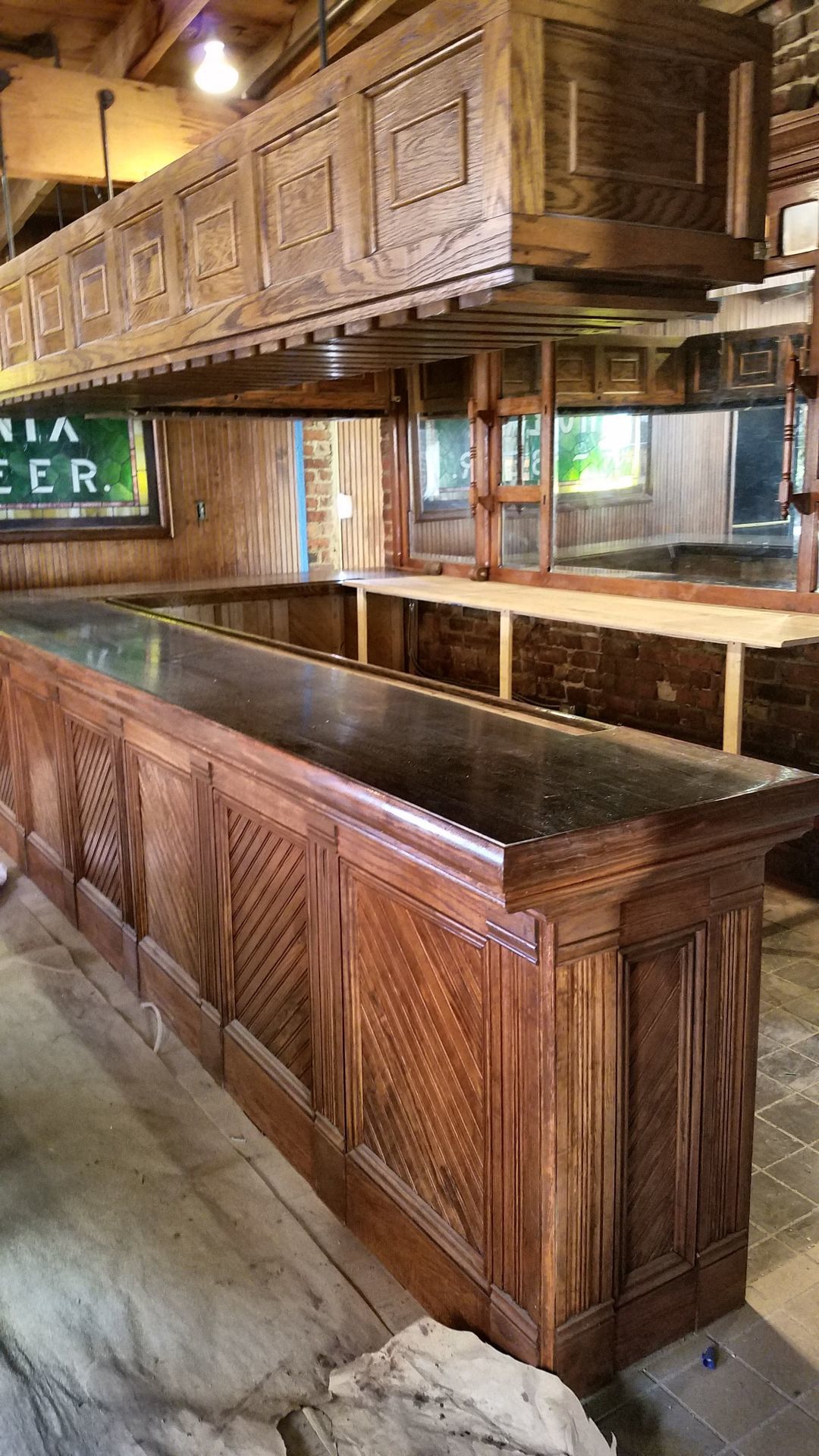 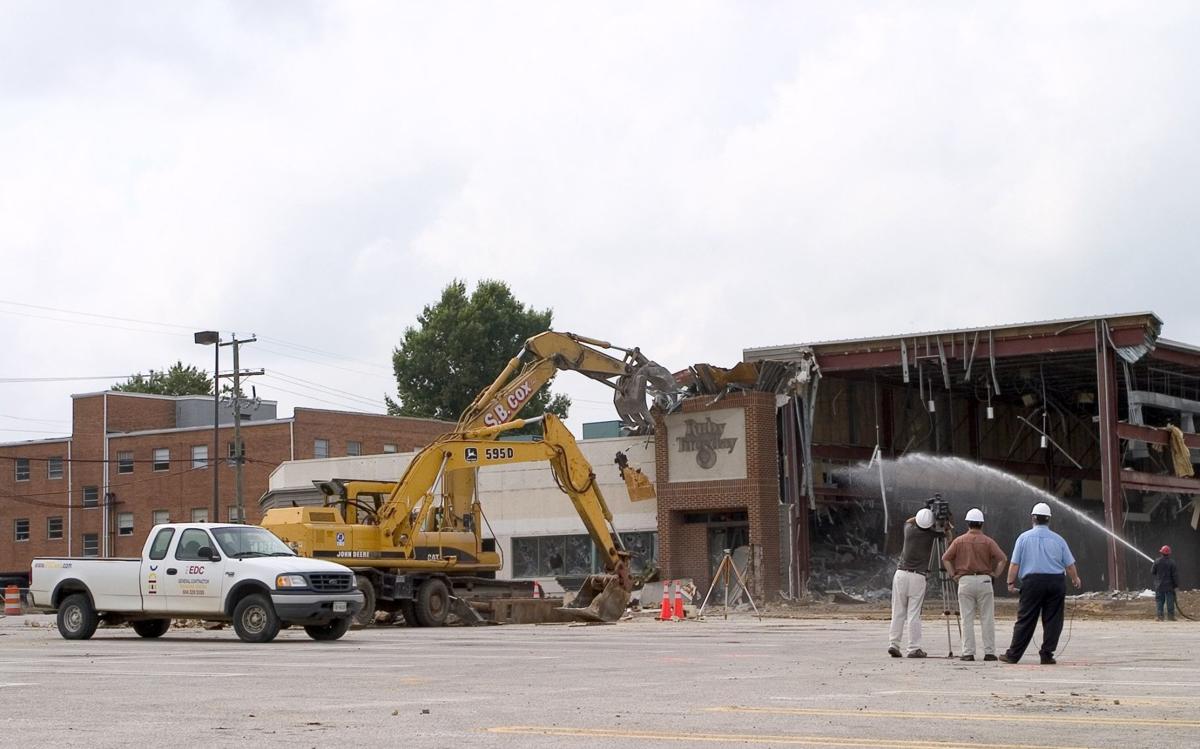 Cranes tear down part of the former Ruby Tuesday restaurant (on Sept. 14). Demolition work began a couple of weeks ago on that section of the shopping center. When the $18 million revival is completed, entrances to stores will face the parking lot, toward West Broad Street. 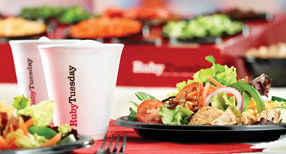 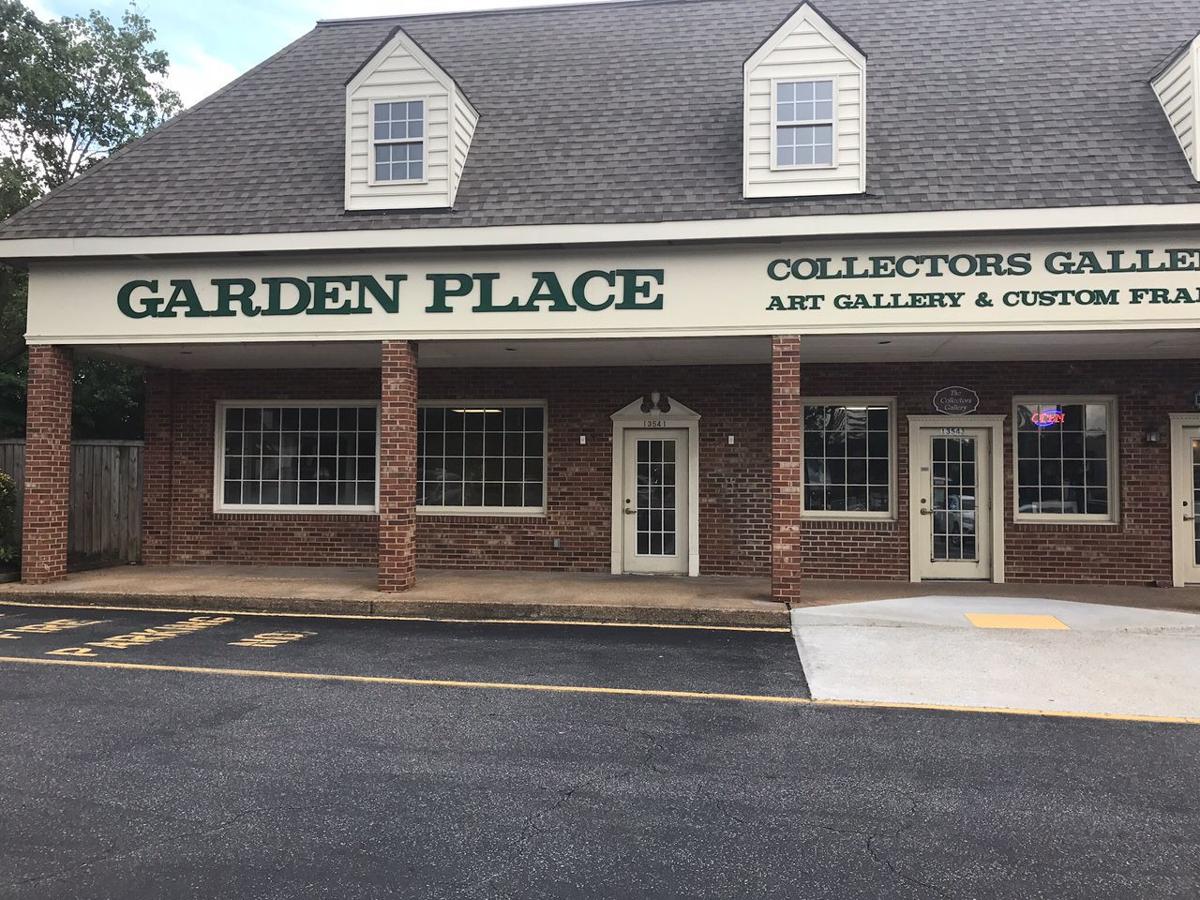 The Tobacco Company restaurant, closed since a three-alarm fire in July, is now expected to reopen in early summer.

Damage to The Tobacco Company bar.

Cranes tear down part of the former Ruby Tuesday restaurant (on Sept. 14). Demolition work began a couple of weeks ago on that section of the shopping center. When the $18 million revival is completed, entrances to stores will face the parking lot, toward West Broad Street.

Irish Soda Bread is one of the many breads and baked goods available at Great Harvest Bread Co. in Chesterfield County.

Richmond diners will have to wait a little longer for the return of The Tobacco Company restaurant in Shockoe Slip.

The restaurant has been closed since a three-alarm fire caused by grease buildup in the ductwork tore through the space in July.

“It’s amazing how much damage water can do,” he said. “Renovation of the woodwork is taking a long time, but the results are looking good.”

The Tobacco Company restaurant opened in a renovated 1860s tobacco warehouse in July 1977 at 1201 E. Cary St. The fired occurred one week shy of the restaurant’s 40th anniversary.

The Montana-based bakery and cafe chain has locations all over the country (and one in Mechanicsville), and this one at 13541 Midlothian Turnpike in Chesterfield County is from franchisee Kim Burcham.

The Ruby Tuesday near Willow Lawn is closed.

The restaurant chain, famous (at least in this office) for its salad bar, closed the spot at 5310 W. Broad St. sometime earlier in March, according to representatives for the brand. The closing was part of 11 Ruby Tuesday closings in the country this month, but it was the only one in Virginia to go.

“As part of our routine review of our store portfolio, we have made the difficult decision to close our Richmond, VA restaurant. We appreciate the dedication of all our team members and the community’s support over the years,” a Ruby Tuesday spokesperson wrote in an email to The Times-Dispatch.

Before moving to Broad Street, the Ruby Tuesday was in Willow Lawn from 1990 to 2005. The Ruby Tuesday closest to the one that’s closed is at 9830 W. Broad St., near Gaskins Road.

Speaking of chain restaurants, a new location of Zaxby’s, the Atlanta-based fast-food chain that specializes in chicken, is now open at 4798 S. Laburnum Ave. The restaurant is open from 10:30 a.m. to 10 p.m. weekdays and until 11 p.m. on weekends.

The James Beard Foundation announced the finalists for its 2018 awards March 14; however, none of the Richmond semifinalists made it to the next round, but one Virginian did. Diane Flynt of Foggy Ridge Cider in Dugspur, Va. was named a finalist in the outstanding wine, spirits or beer professional category.

In Southern Living magazine’s annual The South’s Best reader survey, L’Opossum restaurant in Oregon Hill was named the best ... in the whole South.

“No list surprised us more this year in our South’s Best reader survey than the Restaurants category,” the magazine wrote of the 2018 results, which were released Tuesday. “This year’s winner L’Opossum in Richmond, Virginia might not have the region-wide reputation of others who made the list, but those (who) have seen Chef David Shannon’s cheeky approach to formal classics (Menu items include ‘An Ebullient Bowl of Bouillabaisse’ and ‘C’mon Simone, Let’s Talk About Your Big Halibut’) know why he has earned the city James Beard Award-level attention.”

The restaurant also earned the No. 2 spot for best dessert for its La Petite Mort au Chocolat en Flambé.

It’s been 17 months since a three-alarm fire tore through The Tobacco Company in Shockoe Slip, but now the iconic Richmond restaurant is prepa…