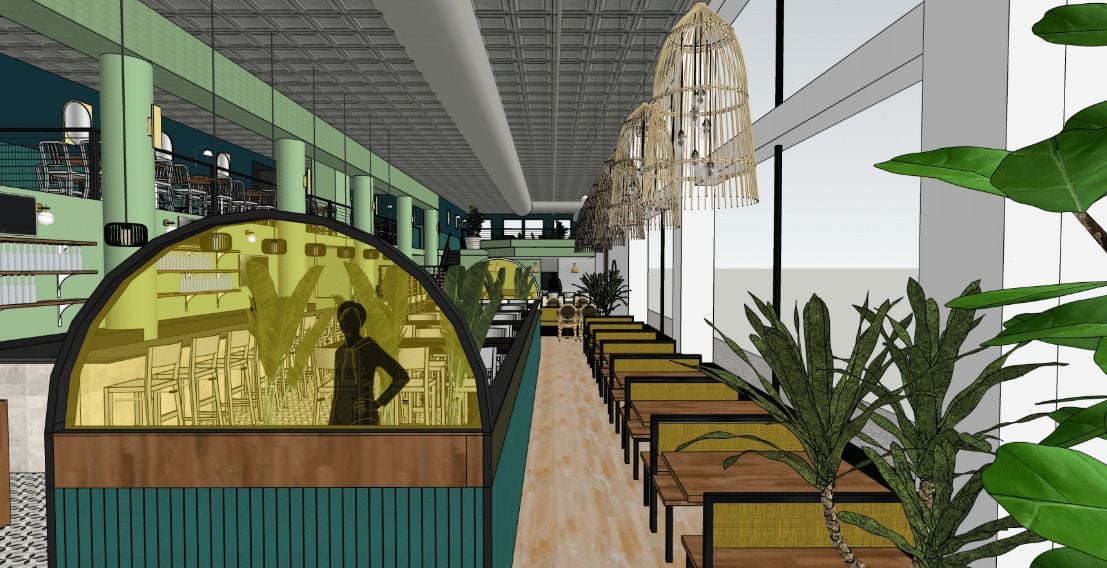 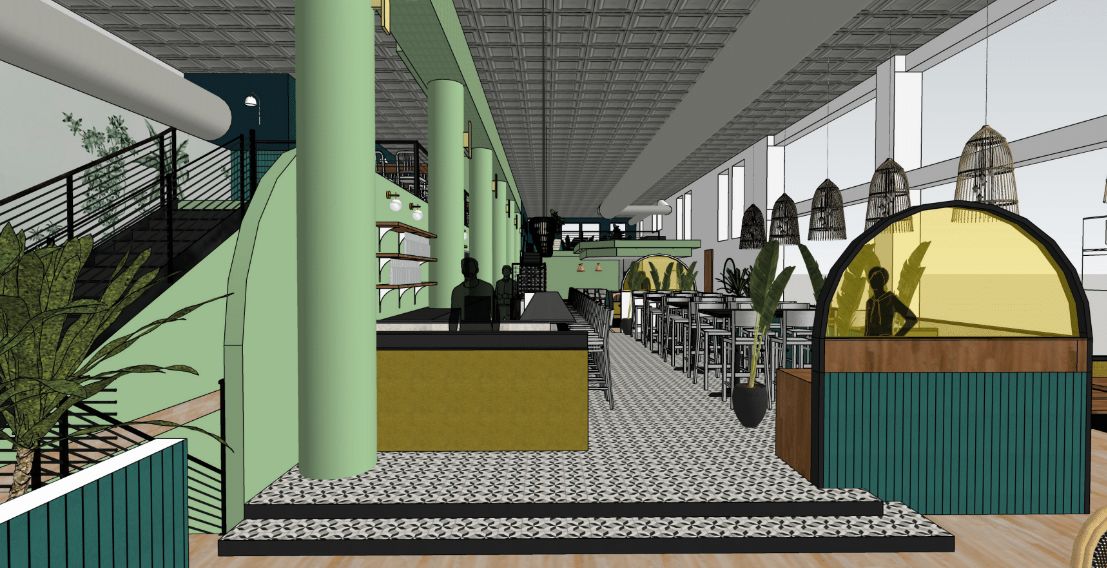 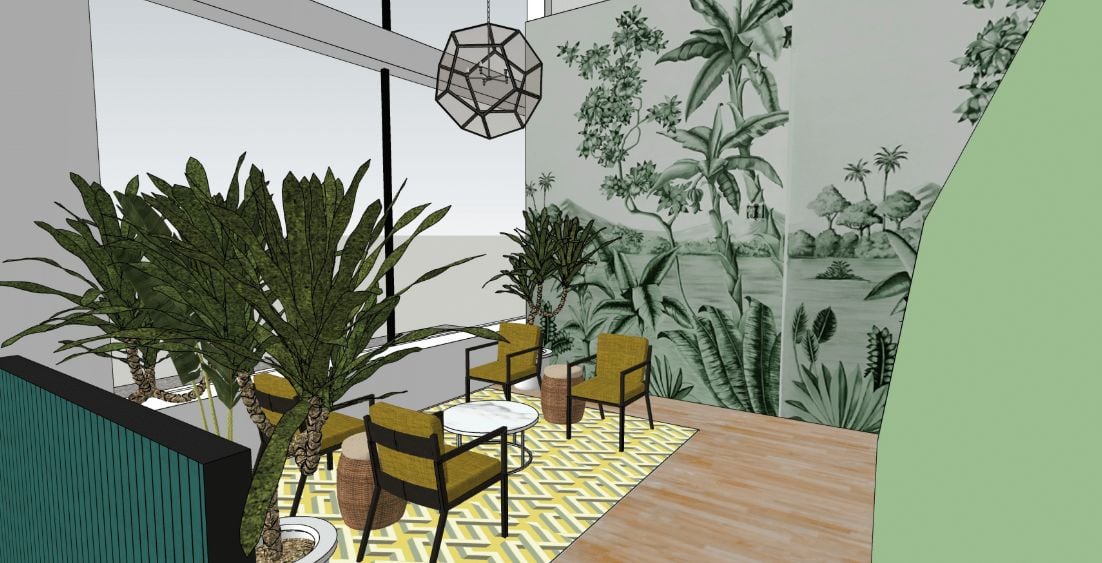 Midcentury-modern pieces will fill a lounge at Bar Solita, as shown in this rendering. 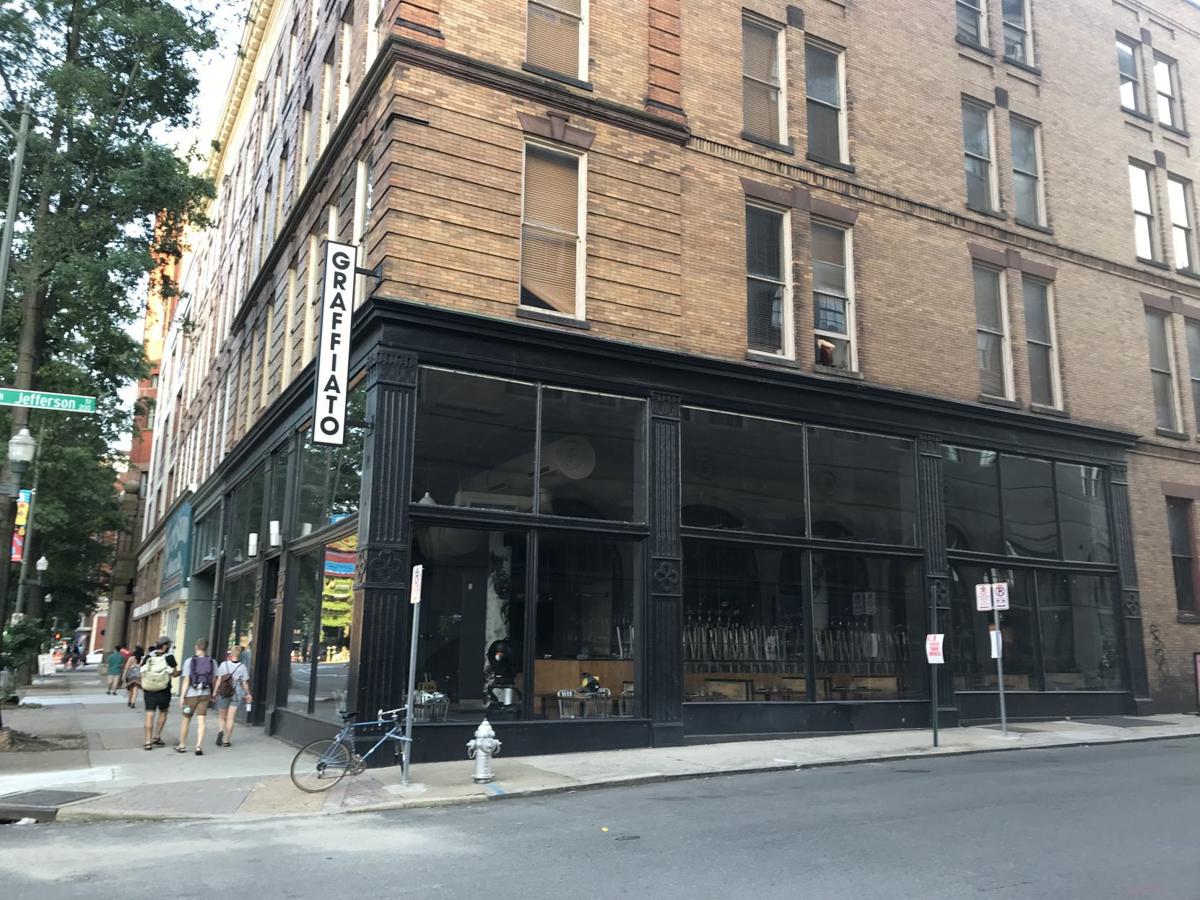 Bar Solita is expected to open in October in the former Graffiato space at 123 W. Broad St.

Midcentury-modern pieces will fill a lounge at Bar Solita, as shown in this rendering.

Bar Solita is expected to open in October in the former Graffiato space at 123 W. Broad St.

Update: Bar Solita - the new restaurant from the Tarrant's restaurant group - is opening opening this in former Graffiato's space at 123 W. Broad St.

The restaurant will open on Friday, Oct. 5 to coincide with First Fridays Art Walk.

RVA Hospitality, the restaurant group that owns Tarrant’s Cafe, Little Saint, Max’s on Broad and Tarrant’s West, is adding a fifth spot to its portfolio with Bar Solita, a Mediterranean-inspired restaurant planned for 123 W. Broad St., in the former Graffiato space. Graffiato closed in June after four years in business.

“It’s nice to be able to grow,” said Frances Santarella, owner of the group.

For Santarella — who took over ownership of the restaurant group after the death of her husband, Ted Santarella, in August 2016 — the timing and location of the new restaurant are symbolic.

“It’s been two years since [Ted’s] death, and he’s definitely still here and in our thoughts every day,” she said. “He was a pioneer in the Arts District, and he would love the location [of Bar Solita].

Both Max’s on Broad and Tarrant’s Cafe are in the same Arts District neighborhood downtown.

With Bar Solita, Santarella and Liz Kincaid, RVA Hospitality’s chief operating officer, plan for the restaurant to have Spanish and Italian influences reflected on the menu.

“We want to use the wood-burning oven,” Santarella said. Flatbreads, Mediterranean dips, tapas and cocktails will likely be features of the menu, which is still under development.

Kincaid said they’re looking forward to moving people up from positions within their other restaurants to jobs at Bar Solita.

“It’s one of the most exciting things,” Kincaid said. “To be able to watch [the staff] grow.”

For the interior, the group is working with Campfire & Co. design company to bring in midcentury modern pieces for the front-room lounge and warm mustard tones on the repurposed booths. The new restaurant will also have two private upstairs dining spaces, and a full bar.

Bar Solita, which is named as a nod to Nolita (the section of New York City north of Little Italy), is expected to open in October. The restaurant will open for dinner at first with the possibility of lunch being added down the road.

Bar Solita isn’t the only thing the group has in the works. RVA Hospitality recently signed a 10-year extension on its lease at Tarrant’s Cafe, the group’s first restaurant that opened in a circa-1873 former drugstore at 1 W. Broad St. in 2006.

As part of the lease extension, the restaurant group is planning some minor renovations and upgrades in Tarrant’s Cafe and its adjacent takeout space.

Celebrity chef Mike Isabella has closed his D.C. Graffiato restaurant, roughly a month after he shuttered the Richmond location.