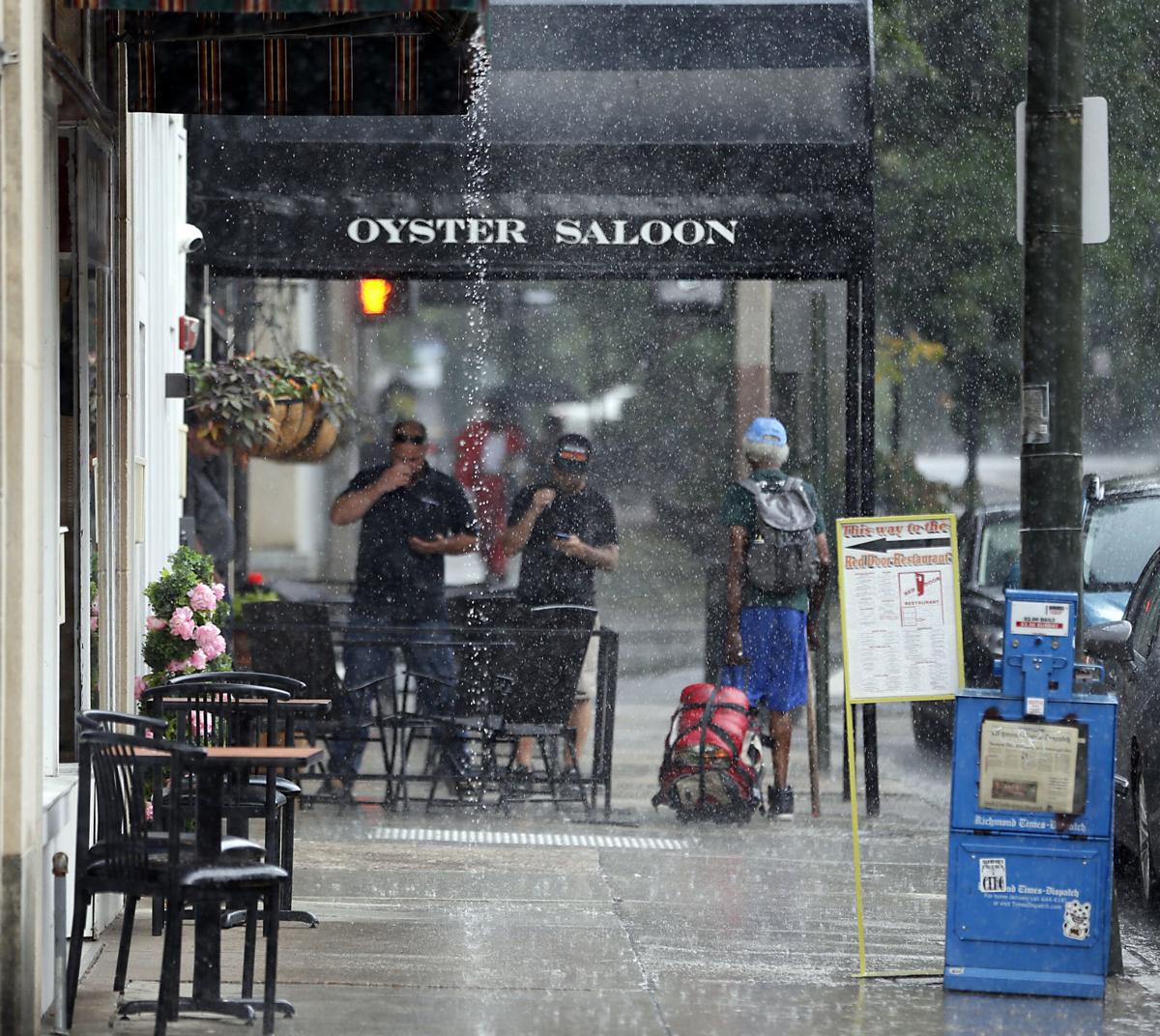 Rain flows off of a building as people take cover under the awning of Rappahannock restaurant on East Grace Street during a pop up shower downtown on Tuesday July 16, 2019 afternoon. 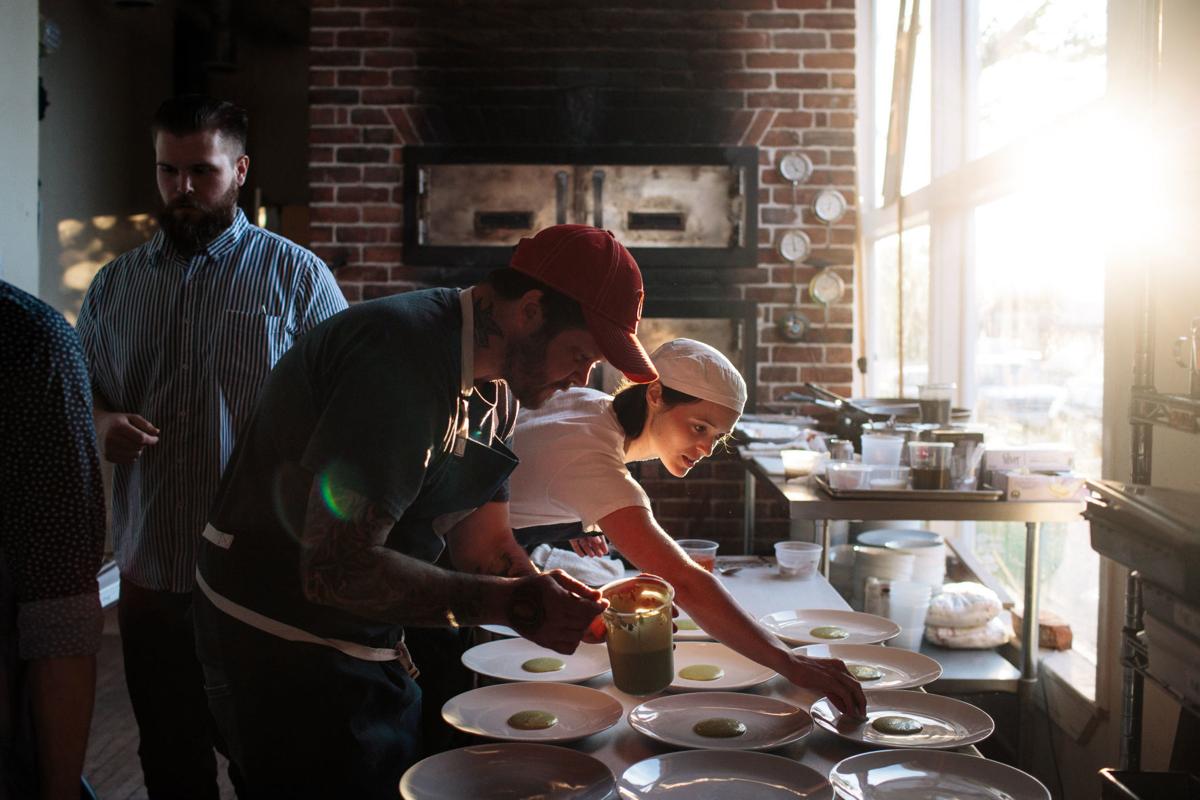 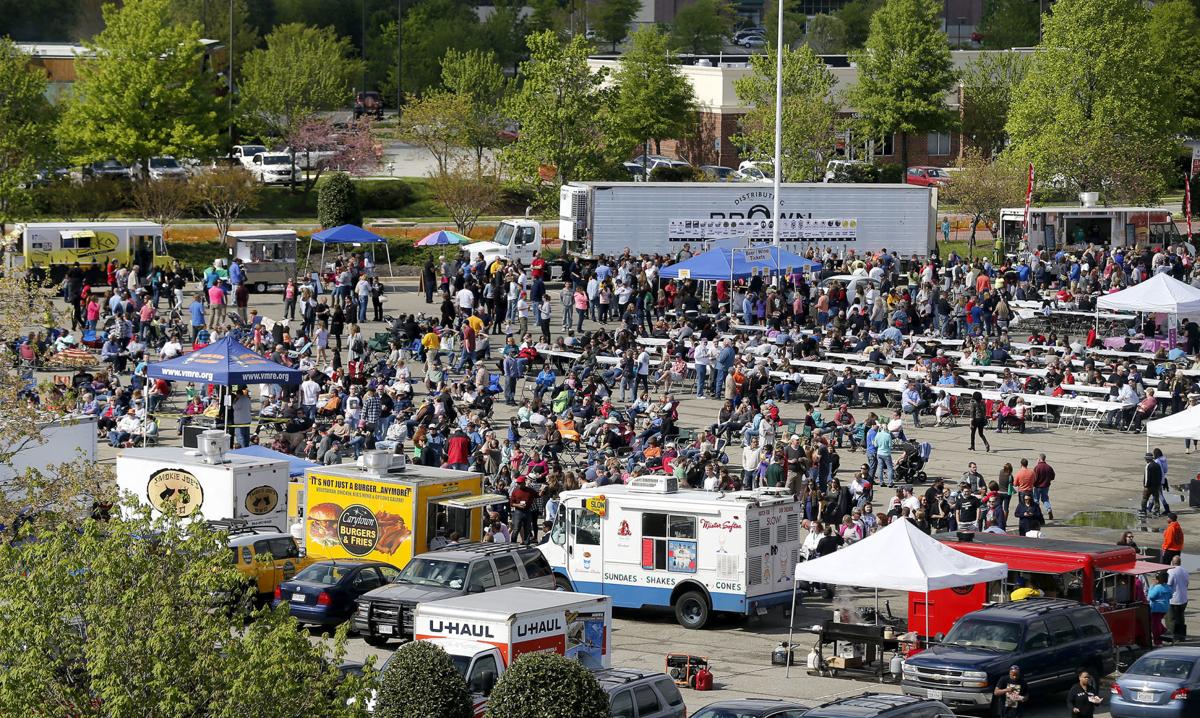 The growth in popularity of food trucks and breweries in the Richmond region has added to the competition facing area restaurants. 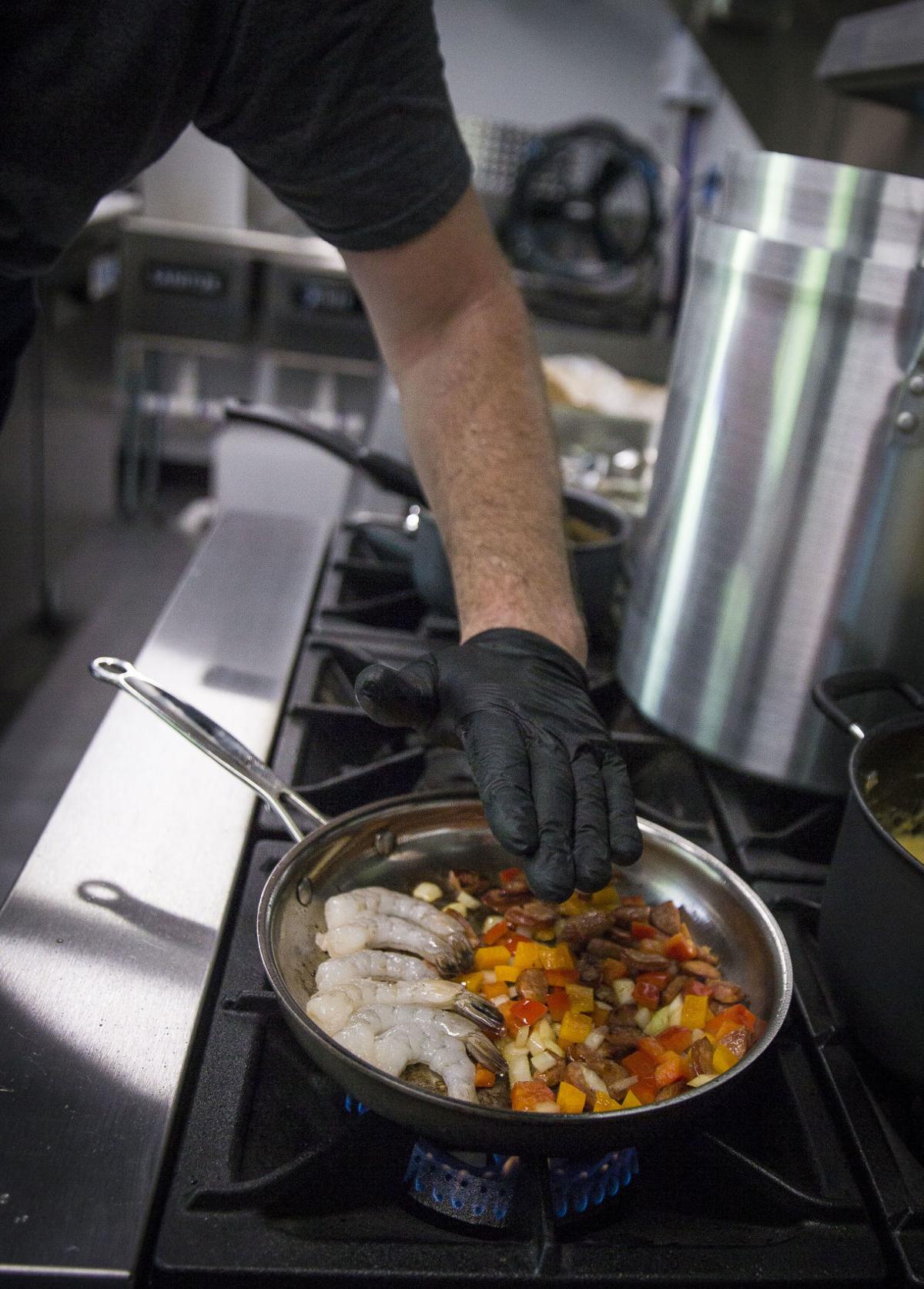 Rain flows off of a building as people take cover under the awning of Rappahannock restaurant on East Grace Street during a pop up shower downtown on Tuesday July 16, 2019 afternoon.

The growth in popularity of food trucks and breweries in the Richmond region has added to the competition facing area restaurants.

One of the things that I love about covering restaurants is that they’re emblematic of so much more than just food and the way we eat.

The story of a city’s restaurant scene is the story of a city itself — and its people. Through restaurant openings, closings and changes, we see neighborhood changes, the things that people love (and hate), trends and economies at work, population growth, and can even glimpse some of the political landscape.

Take where we were as 2010 opened, back when we were all so much younger and thinner and bright-eyed: Infuzion restaurant/ice bar was planning its grand reopening in a part of town known only for its vast warehouses and proximity to the interstate, and we described it as such. It’s a part of town we now know and know well by its proper name, Scott’s Addition, which is, of course, its own dining and entertainment scene. All in just 10 short years.

Balliceaux restaurant had just opened the summer before the start of the decade; by its end, two other concepts had opened and closed in the space, following the blackface Halloween costume incident that shuttered Balliceaux for good.

Yes, the story of Richmond restaurants is the story of us. Here are the biggest changes in the scene in the 2010s.

The rise of ‘the scene’

There have always been great restaurants in Richmond: Acacia, 1 North Belmont, The Frog and the Redneck and La Petite France, to name a few. But in the 2010s, so many great restaurants opened in Richmond that it became a scene worthy of national acclaim. Lehja India Delicious in Short Pump started the decade, opening in 2010. In 2011, The Roosevelt, The Blue Goat, The Magpie, Pasture and Stella’s all opened. The next year saw the openings of Peter Chang’s China Cafe, Heritage, Rappahannock, Dinamo, Dutch & Co. and Saison. By the middle of the decade, they’d been joined by L’Opossum, Metzger Bar & Butchery, Brenner Pass and Longoven, to name a few.

Basically, in the course of a decade (and really, primarily in the first half of it), Richmond went from a town with a handful of great restaurants to one crowded with them. And with those new great restaurants, everything changed. National food media and awards came, and, suddenly, Richmond was a city on the rise. Richmond became a dining destination.

As Richmond’s dining scene got better in the 2010s, Richmond diners became more experimental — which is a good thing. When The Blue Goat opened in 2011, Richmond diners were just getting exposed to “nose to tail” and other upscale dining trends. The Blue Goat opened with house-made bread — baked fresh daily by the loaf and served with house-made spread — for $5. Richmond diners revolted and complained so ardently about paying for bread that The Blue Goat removed it from the menu — along with many of the nose-to-tail menu items. No one, it seemed, was ready for pig ears — or $5 bread. The Blue Goat revamped its entire menu and concept within months of opening. Pasture restaurant opened the same year and quickly changed the menu name of its “charcuterie board” to “meat and cheese plate” since no one seemed to know what it was. It was able to change it back within two years. By the end of the decade, Sub Rosa Bakery in Church Hill is thriving, with a menu of only artisanal breads, and nose-to-tail menu items can be found all over Richmond and in the ’burbs.

This is perhaps my favorite 2010s dining trend. Back in the olden days, in the 1990s (when we were all even younger and thinner, perhaps even infant-sized), one had to go all the way downtown, to perhaps Shockoe Slip or the Fan District, to find a good restaurant in Richmond. But that’s not so after the past decade. Great restaurants are cropping up all over town and into the surrounding counties. Nearly every neighborhood in Richmond has its own legitimate little dining scene. The decade opened with Enoteca Sogno moving from its Fan location to North Side, joining Dots Back Inn and The Mill on MacArthur. Demi’s, Nomad Deli and Manchu followed. In South Richmond, there’s Laura Lee’s, Little Nickel and Galley, to name a few. In Chesterfield County, or nearby, Tazza Kitchen opened, as did Southbound, and Henrico County got Spoonbread Bistro 2, Red Salt Chophouse and Sushi and West Coast Provisions. Jackson Ward has Adarra, Lucy’s, Mama J’s and Saison. And Church Hill ... well, that became its own incredible dining scene, especially with additions such as Alewife, Grisette, 8½ and Soul ‘N Vinegar.

Out with the carpet and linens, in with the wood and big bars

The change in restaurant decor in the 2010s is kind of a mixed bag. Restaurant design trends in the past 10 years were all about exposed everything: exposed brick, exposed tables (no tablecloths), open kitchens, and big, naked windows. Wood floors and big centerpiece bars were (and are) in. Richmond restaurants look better than ever, but they still have some work to do. All those curtains, carpets and tablecloths actually served a purpose: They were absorbing sound and noise reverberation from diners and plates. There is nothing left to absorb the sound, and open kitchens and centerpiece bars actually add to the noise. Will the next 10 years bring quieter dining rooms? We’ll have to wait and see.

Richmond has always had food carts, of course. These could (and still are) usually be found clustered around downtown Richmond during weekday lunch hours, but the 2010s brought to Richmond the food truck. The trend actually started in 2010 with one or two trucks roving around town. Social media helped fuel the craze — and offered free marketing to young (or not so young) entrepreneurs. Food trucks were an inexpensive way for chefs to try their hand at a concept — and for diners to try new concepts. By the end of the decade, there were hundreds here, and they can be found outside of workplaces, at weddings, in the counties and, of course, at breweries. Food trucks helped the breweries thrive.

What a decade for booze — craft cocktails, craft beer and craft spirits. It’s amazing anyone’s liver survived the 2010s — and the decade ended with happy hour advertising becoming legal in Virginia. Cheers to that. But the biggest change — and one that had an effect on Richmond dining — was craft breweries. Virginia passed legislation in 2012 legalizing breweries’ ability to sell and serve beer on-site; it resulted in an explosion of the number of craft breweries in the state and the Richmond area. More than 30 breweries currently operate within the metro Richmond area. Five years ago, there were 11. Breweries are a direct competitor for restaurants and have contributed to some restaurants closing. Are they a good thing for the scene? I personally think so. They’re giving diners/imbibers something they clearly wanted, though I don’t think the thing they wanted is necessarily craft beer. What they wanted was an informal, open gathering place — with alcohol — that was kid- and pet-friendly. It’s up to restaurants to respond to that demand.

There are so many more trends that emerged in the 2010s — the rise of eatertainment and fast-casual restaurants, the falloff of the casual chain, Instagram influencers (heaven help us), delivery service for everything — but most of those started in the latter half of the 2010s, so we’ll have to wait and see what kind of impact they have. But one thing is for sure: Now that the 2010s are over, we should all know exactly why we’re not as thin as we used to be.