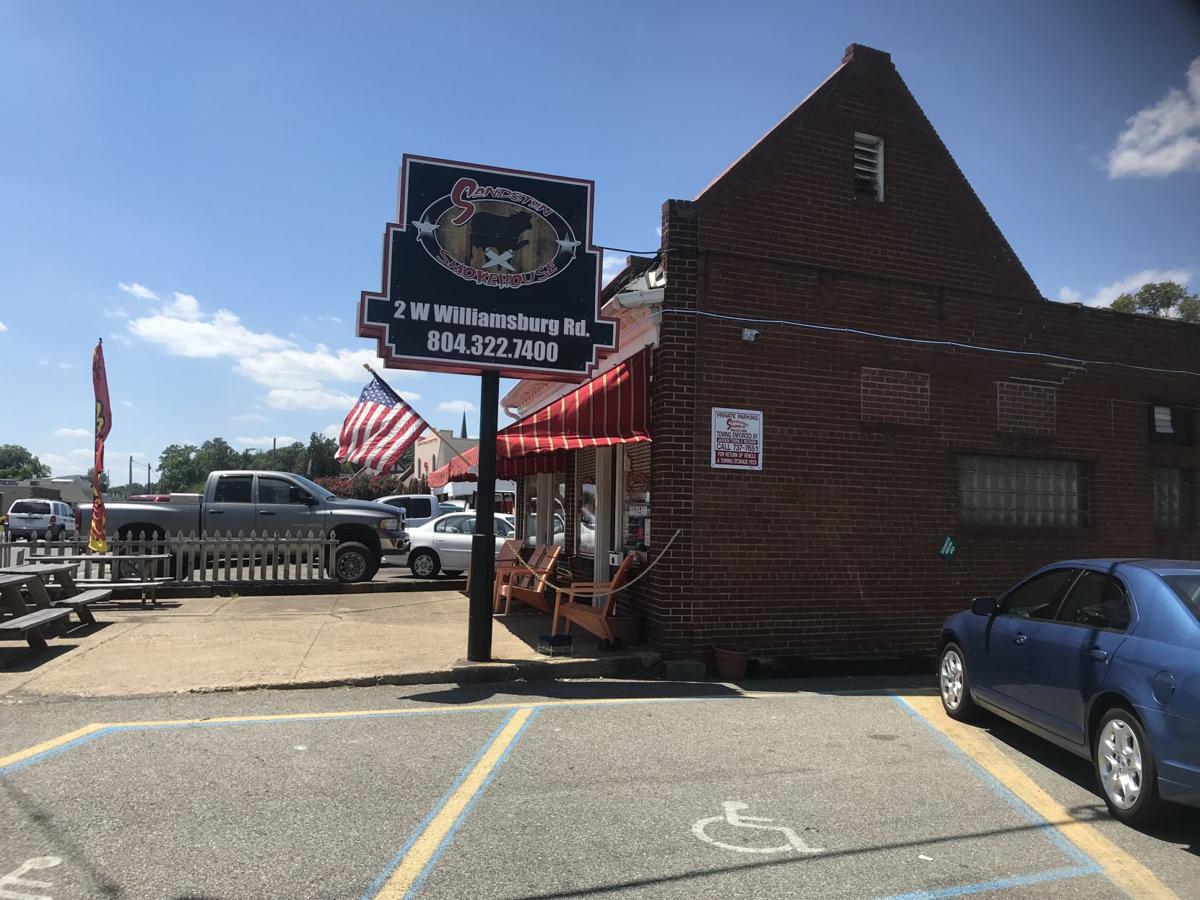 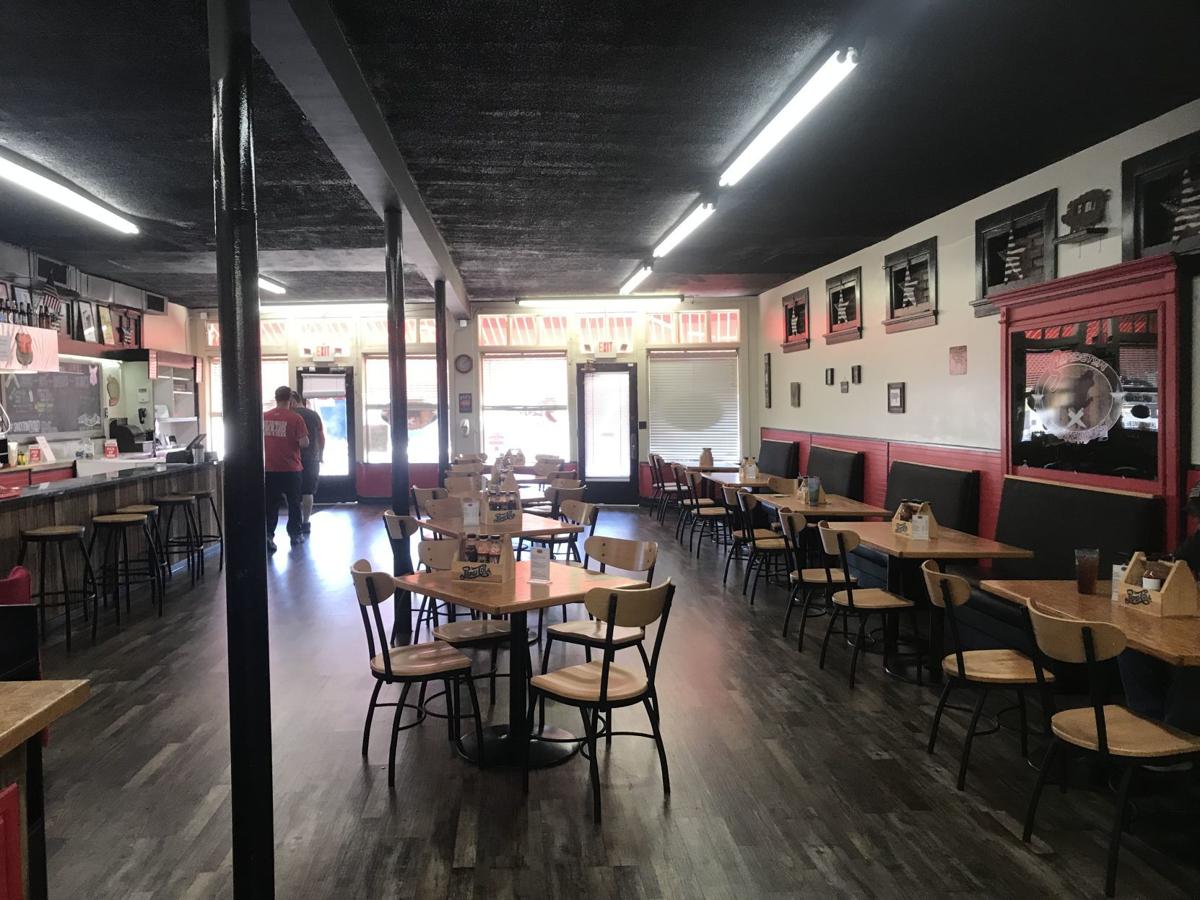 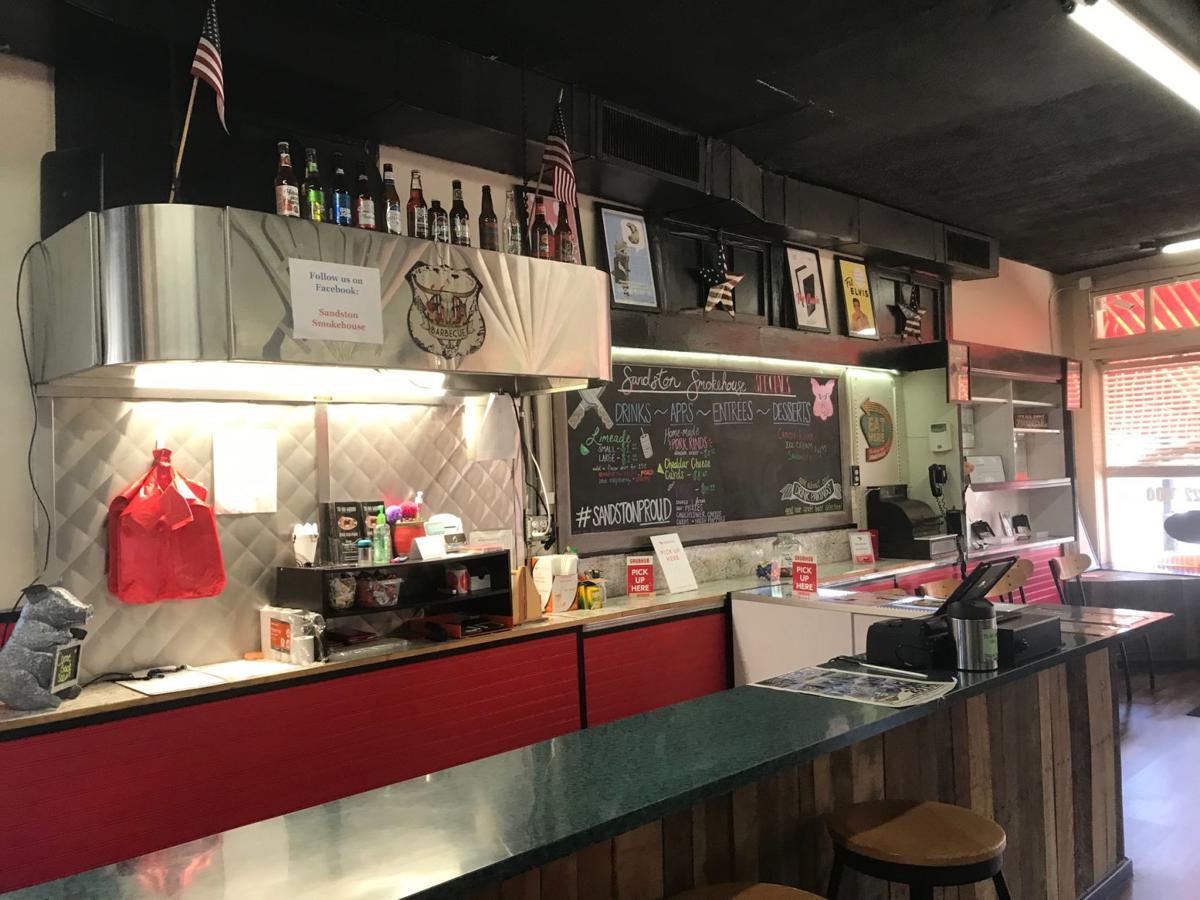 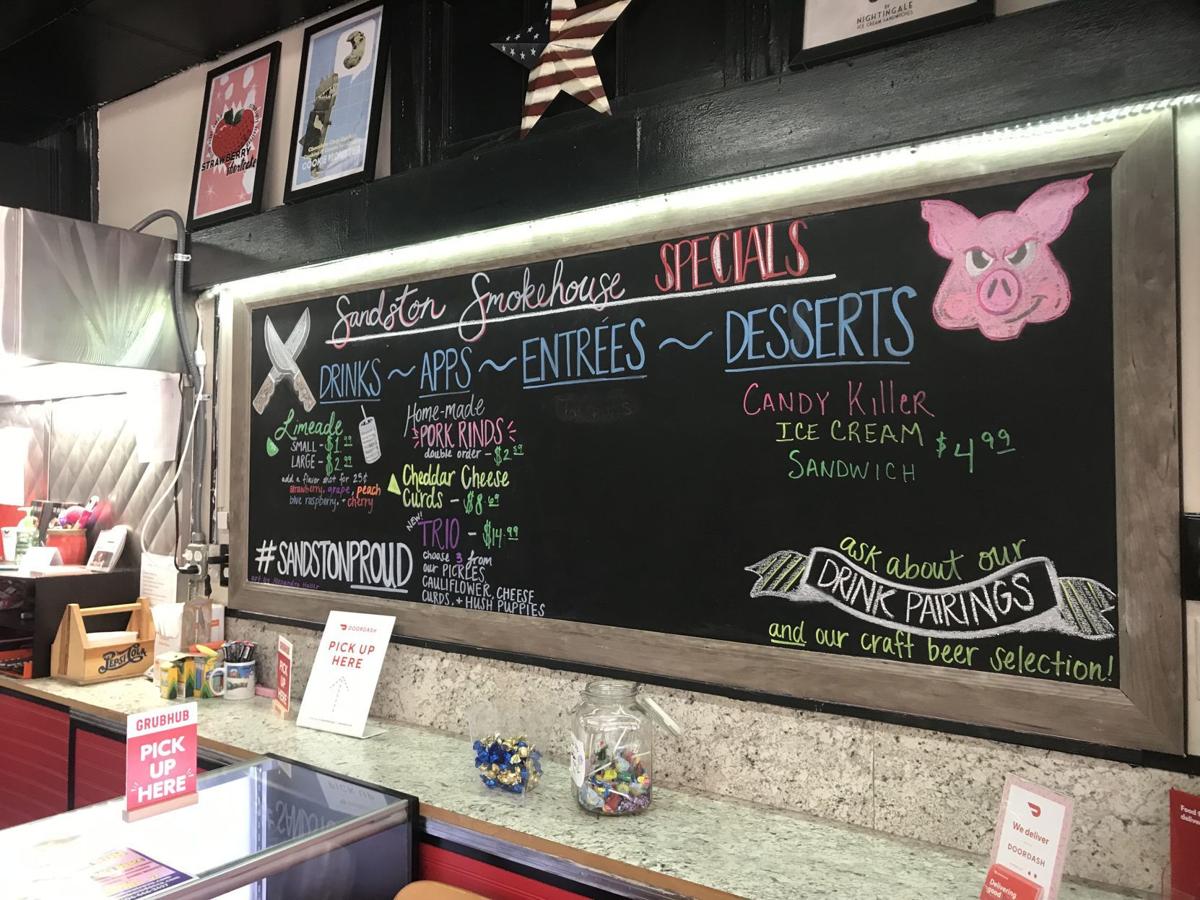 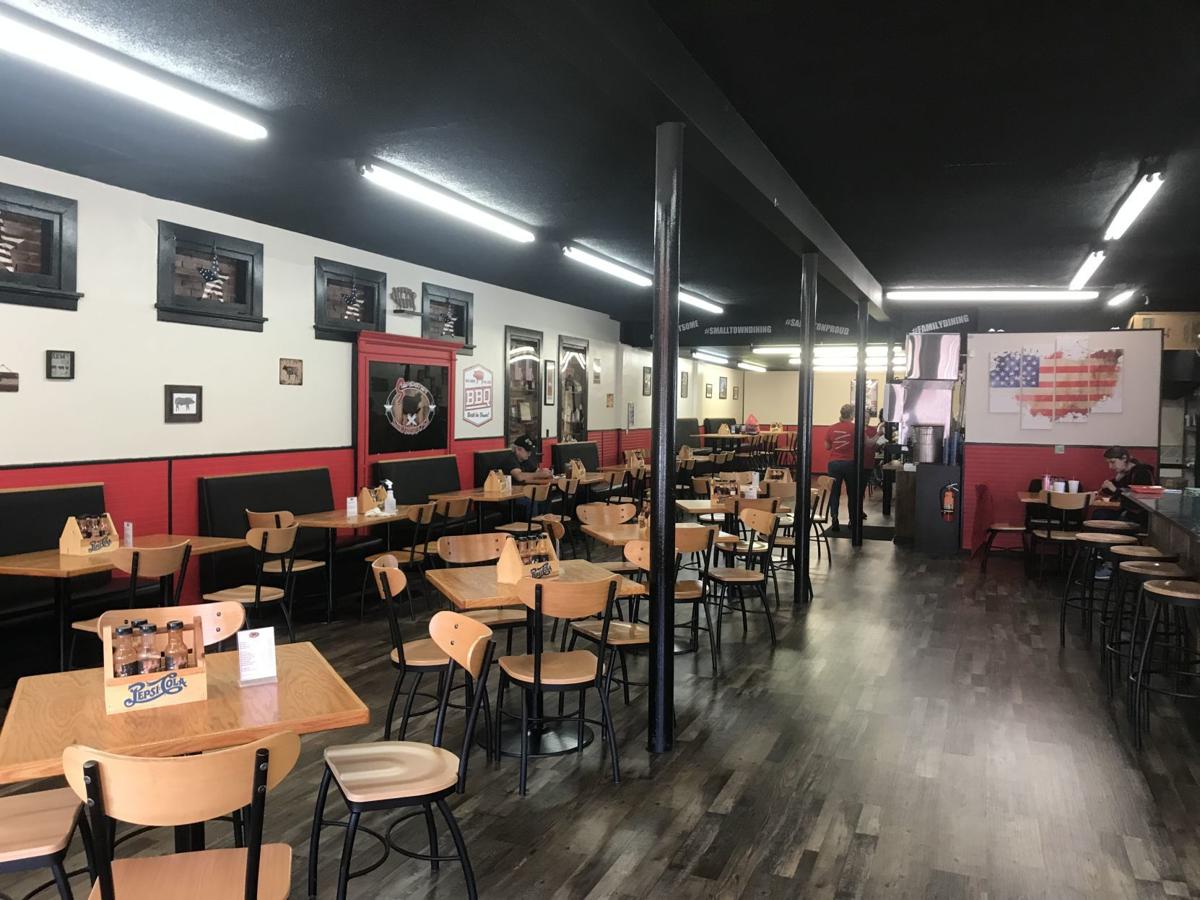 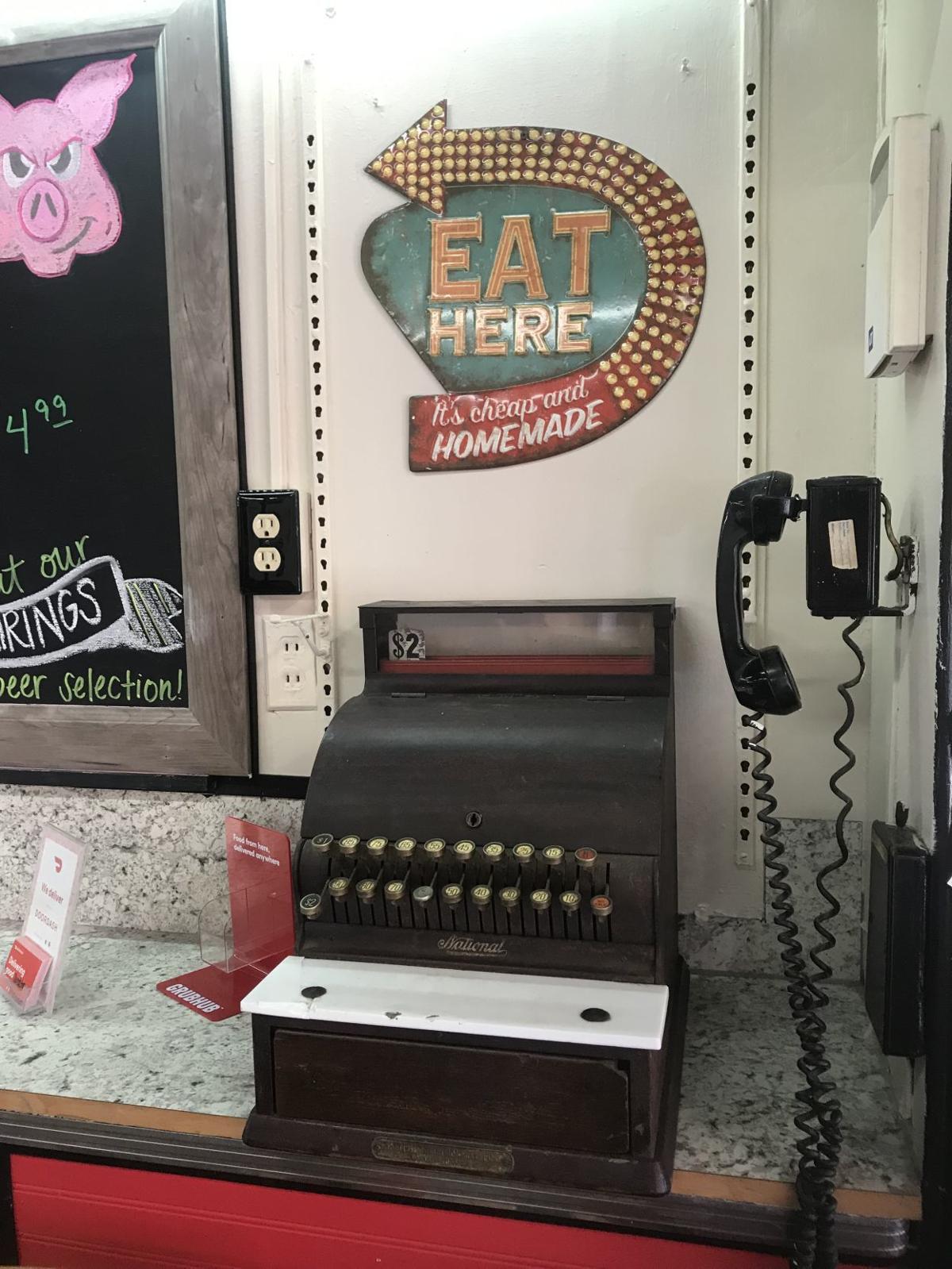 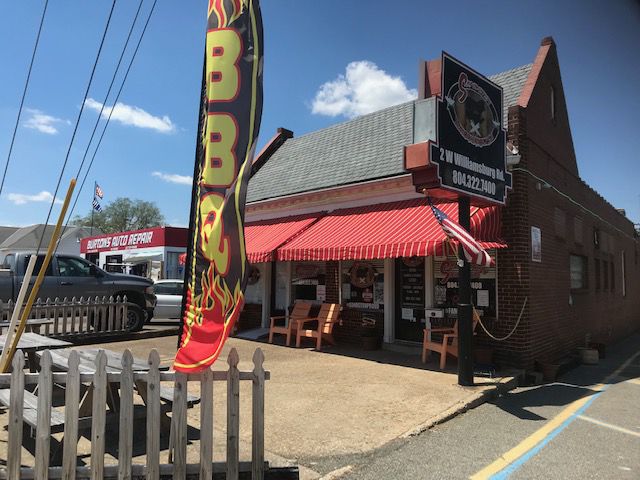 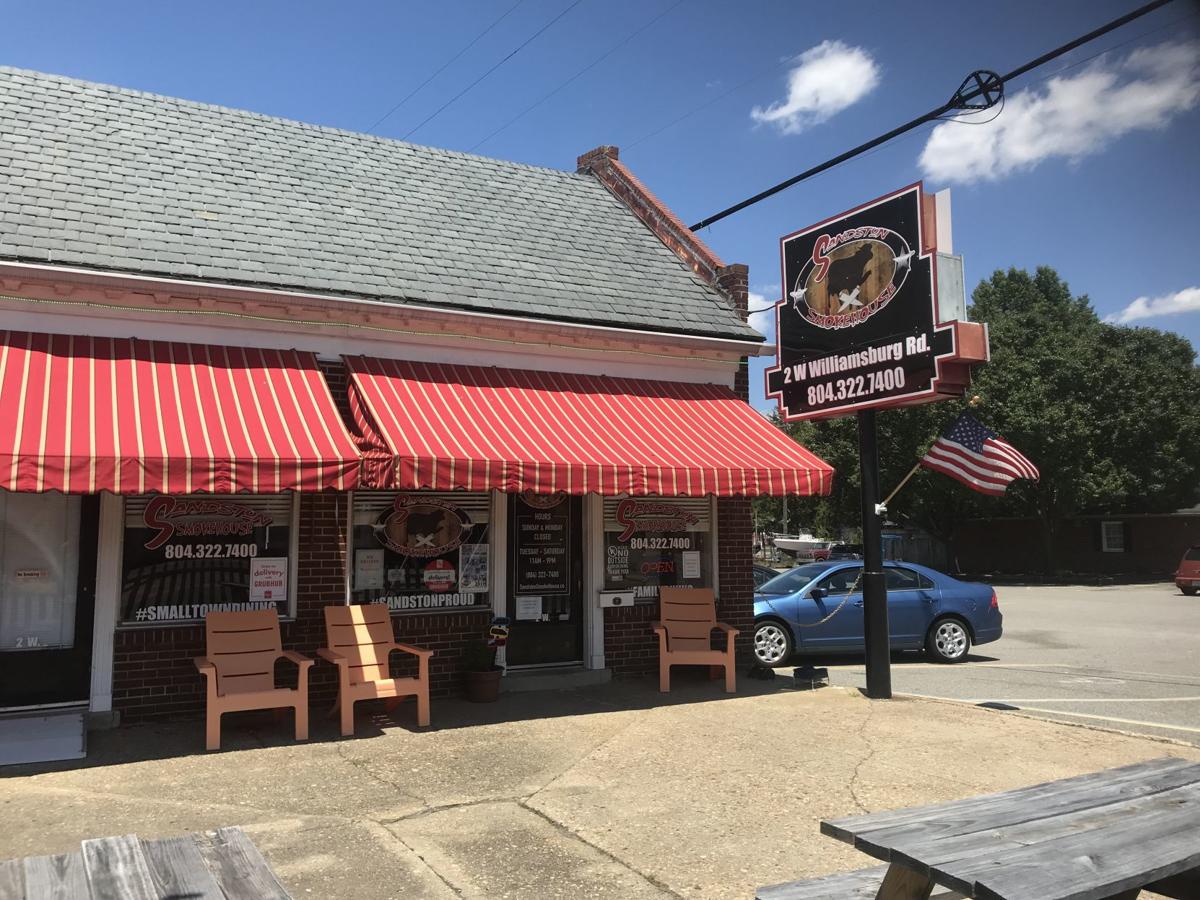 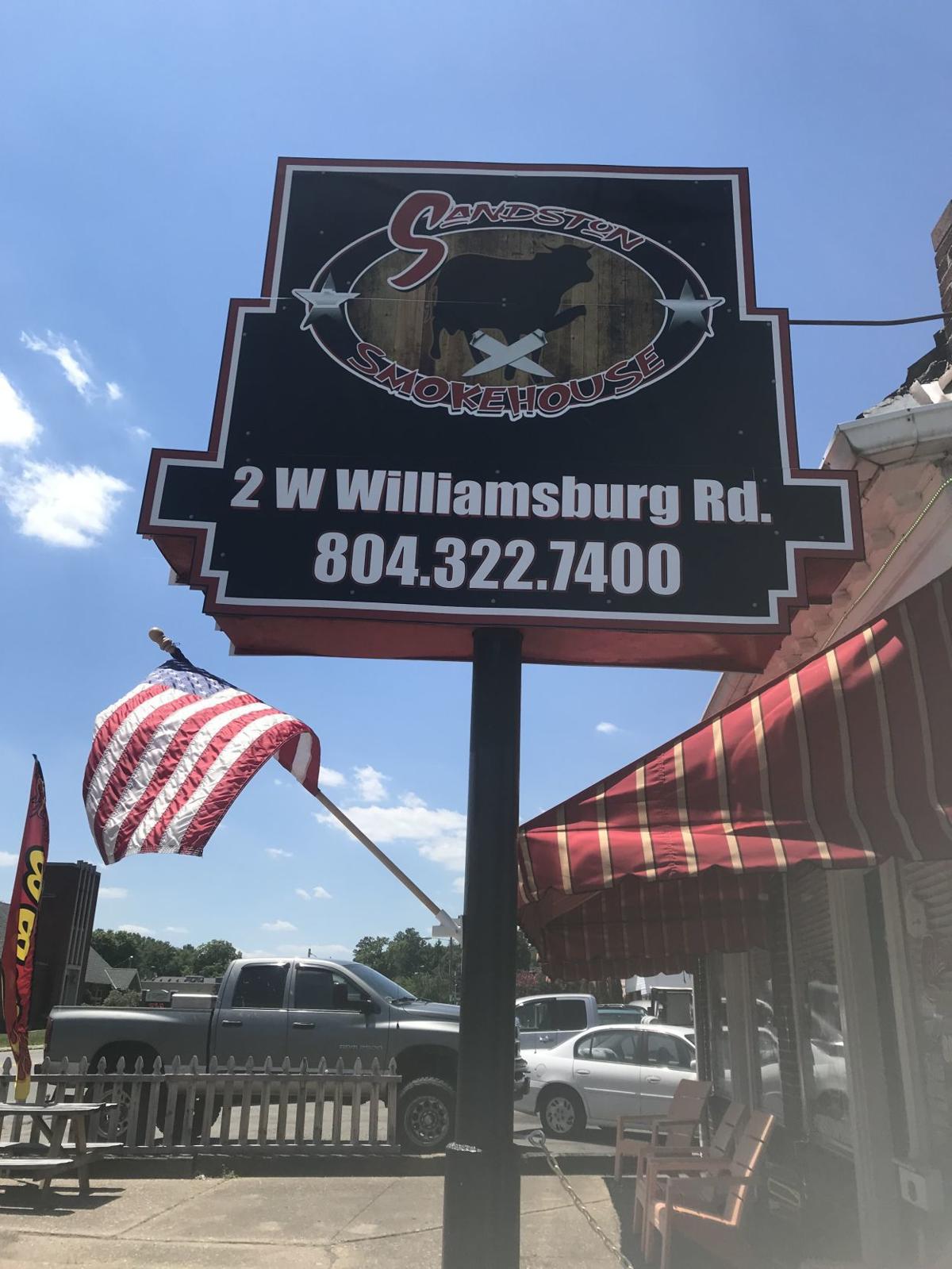 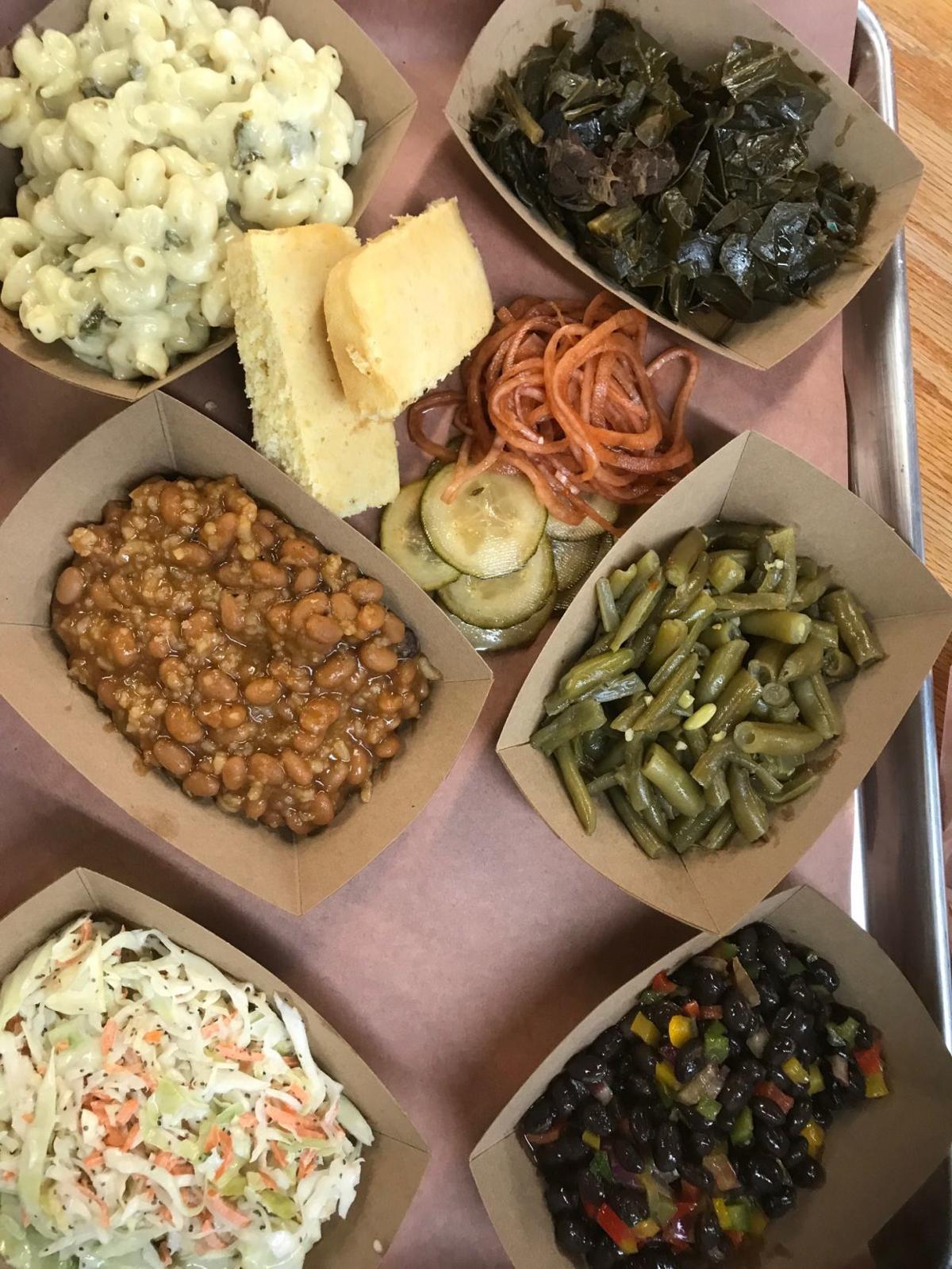 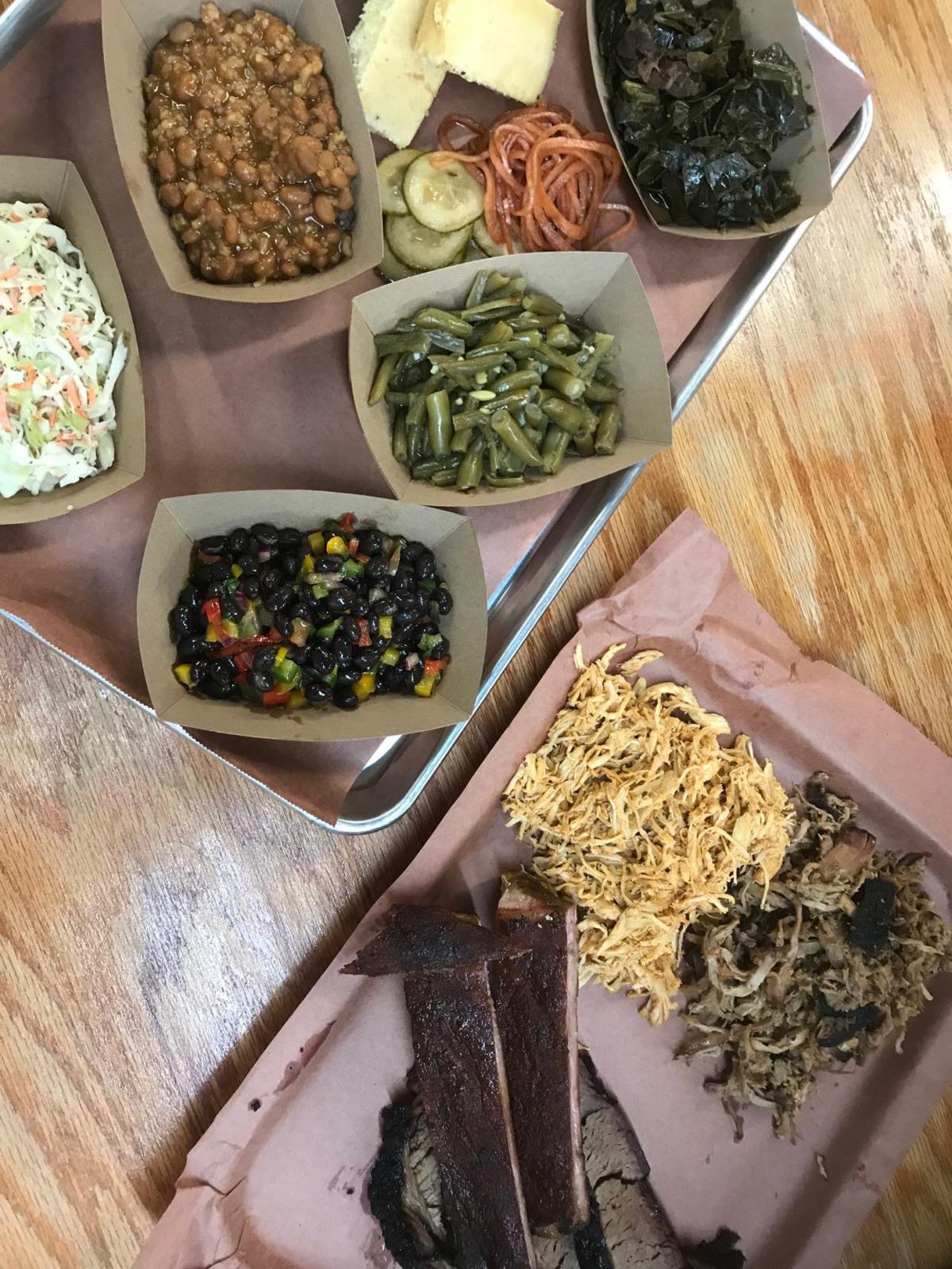 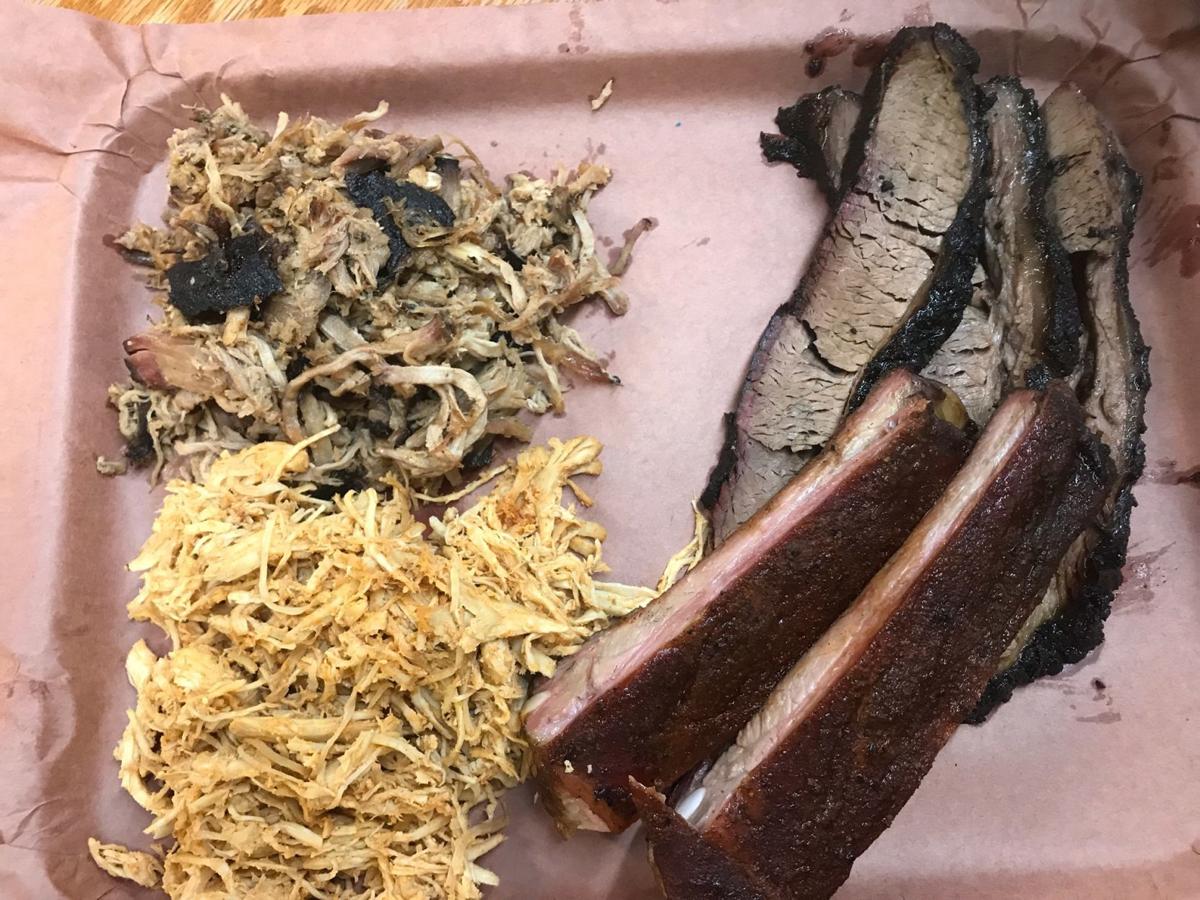 Sandston is most easily described as being home to the airport — Richmond International Airport, which looms large in aerial photos and is frequently the only reason Richmonders not from that specific part of eastern Henrico County have to visit Sandston.

But for Bobby Haller, Sandston is home. It’s always been home, and it’s why he wanted to open his second small business, Sandston Smokehouse, in his community of roughly 7,000 people.

Haller opened Sandston Smokehouse in August 2017, in the former Sandston Pharmacy space, which closed in 2008 after nearly 60 years in business. The restaurant is across the parking lot from Vaperz Advantage, the vaping store Haller opened in 2014.

Sandston Smokehouse is a family affair. Although Haller did the brunt of the renovations on the former pharmacy — which, save for a few food pop-ups, had been largely vacant for nearly a decade — his wife, Maria, two teenage sons, a cousin and even the youngest kids, who were 8 and 2 at the time, pitched in as well. And most of them can still be found working in the restaurant (the 4-year-old, not so much, Haller said; she views the entire restaurant space as her personal playground).

Sandston Smokehouse serves barbecue — pulled pork, brisket, ribs, smoked chicken. Barbecue has long been a passion for Haller; he began trying his hand at making it at home and serving it up at cookouts for family and friends. Those family and friends started asking Haller to cater their events, and so Haller’s hobby quickly turned into a side business and then, eventually, a full-time one when he opened the smokehouse.

It’s a similar story to one of the Richmond area’s most lauded barbecue joints, ZZQ, which also opened in 2017. It has been celebrated in the media, locally and nationally. But Haller doesn’t begrudge his fellow barbecue makers the press.

“It’s hard to have a name if you’re not in the middle of the city,” he said. “If you’re just out here doing your thing, it’s hard to get the press.”

But the people of Sandston quickly took notice of what Haller was doing at Sandston Smokehouse. Business was brisk almost from the moment the restaurant opened, and some days it was running out of food.

Pettrey is a Richmond chef who worked at Julep’s, Deep Run Roadhouse and Dora’s Brazilian Grill, to name a few. Pettrey and Haller struck up a friendship years earlier when Pettrey was a customer at the vape shop. The two men had similar passions for eastern Henrico and smoked meats, and Haller’s plan from the earliest days of Sandston Smokehouse was to bring on Pettrey, just as soon as it was financially feasible to do so.

It took a year.

Pettrey brought with him a professional cooking background, a much-needed extra set of hands, and an overflow of ideas for specials and flavor pairings.

“He has continued to develop specials almost weekly that are all different and just complement the menu,” Haller said. “We worked together to take the mainstay sides and just fine-tune ingredients to bring out different flavors that made them stand up even higher than they already did.”

Sandston Smokehouse makes everything from scratch — the meats for the sandwiches, which are served with one side and a drink ($9-$12), the platters (served by the half-pound with two sides and a drink, $17-$20), the kids meals (one side and a drink, $5.99) and the sides ($3.25-$4). They make everything except the fries, but as soon as they say it out loud, the two men start batting around ideas and weighing the feasibility of hand-cutting sacks of potatoes every day for fries.

That’s how they are. Haller and Pettrey play off each other and toss ideas back and forth, and the results are nearly always delicious, with dishes such as a Southwest brisket sandwich, weekly taco specials and Korean tater tots.

“Bobby lets me do whatever,” Pettrey said. “We work so well together.”

And the help gave Haller the opportunity to expand.

Whether it’s from being two years in business or having Pettrey at the helm in the kitchen, the barbecue restaurant is gaining notice beyond the community of Sandston. It got Facebook’s attention, or at least someone affiliated with the company.

The social media giant announced plans in October 2017 to build a $750 million data center in the White Oak Technology Park in eastern Henrico and with it add 200 full-time jobs and thousands of construction jobs as the center rolls out in two phases. The center is roughly 6 miles from Sandston Smokehouse, and for the past year, folks affiliated with the project have been popping into the restaurant for lunch. They invited Haller to open a Sandston Smokehouse food truck on-site to serve the workers and employees, so he did. When it’s not there, the truck can be found at area breweries and events (the schedule can be found on Facebook), so Richmonders don’t necessarily need to travel to Sandston to try the food.

But the best way to experience Sandston Smokehouse is on-site.

The restaurant is decorated with pictures of the former pharmacy and of the bustling Sandston community throughout the years. Banners that read “#sandstonstrong” and “#smalltownproud” hang from the rafters, because, at its heart, Sandston Smokehouse will always belong to the community of Sandston. Just like Bobby Haller.

Facebook's new data center in Henrico to start serving traffic in 2019; work on second phase to start next year

How do you know the project?: Social media giant Facebook announced plans in October 2017 to build a $750 million data center in the White Oak…