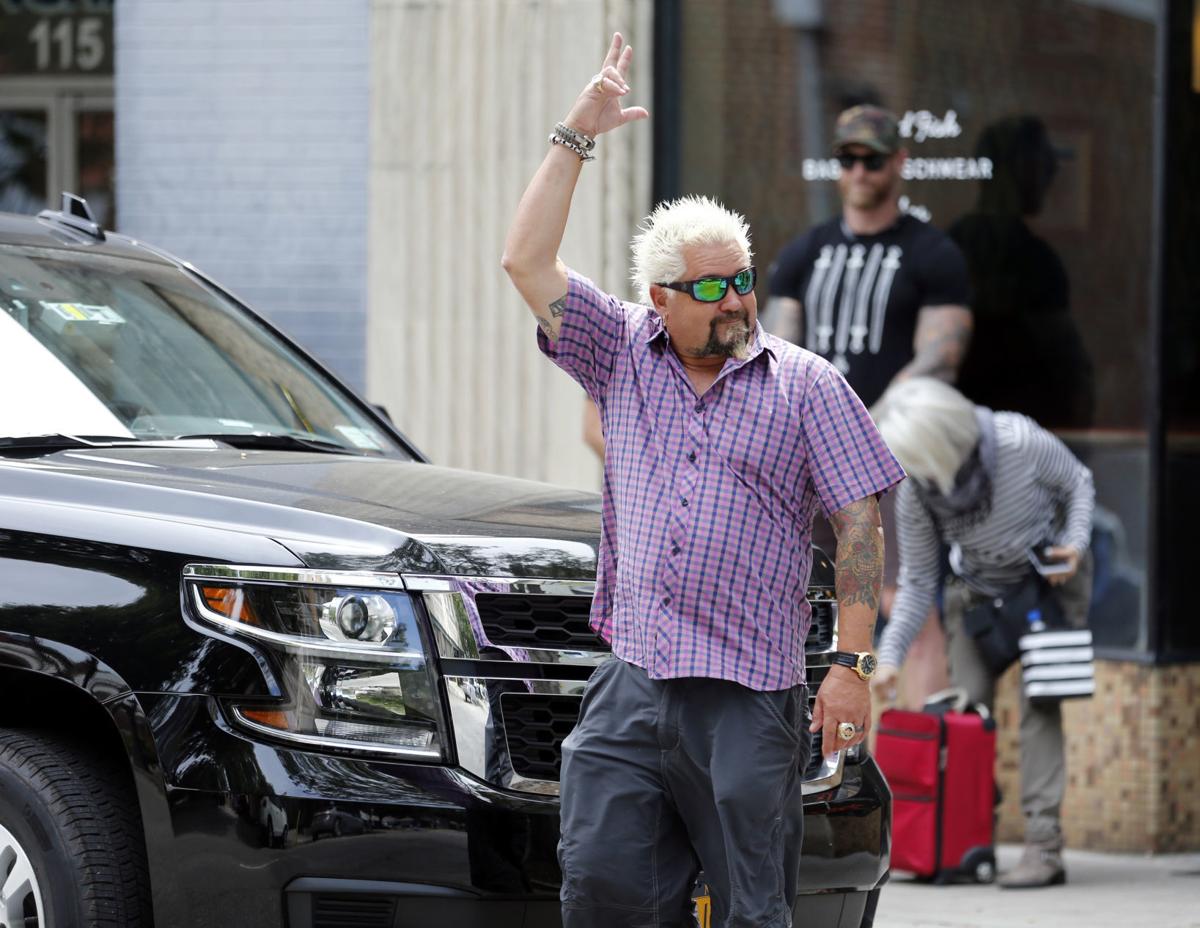 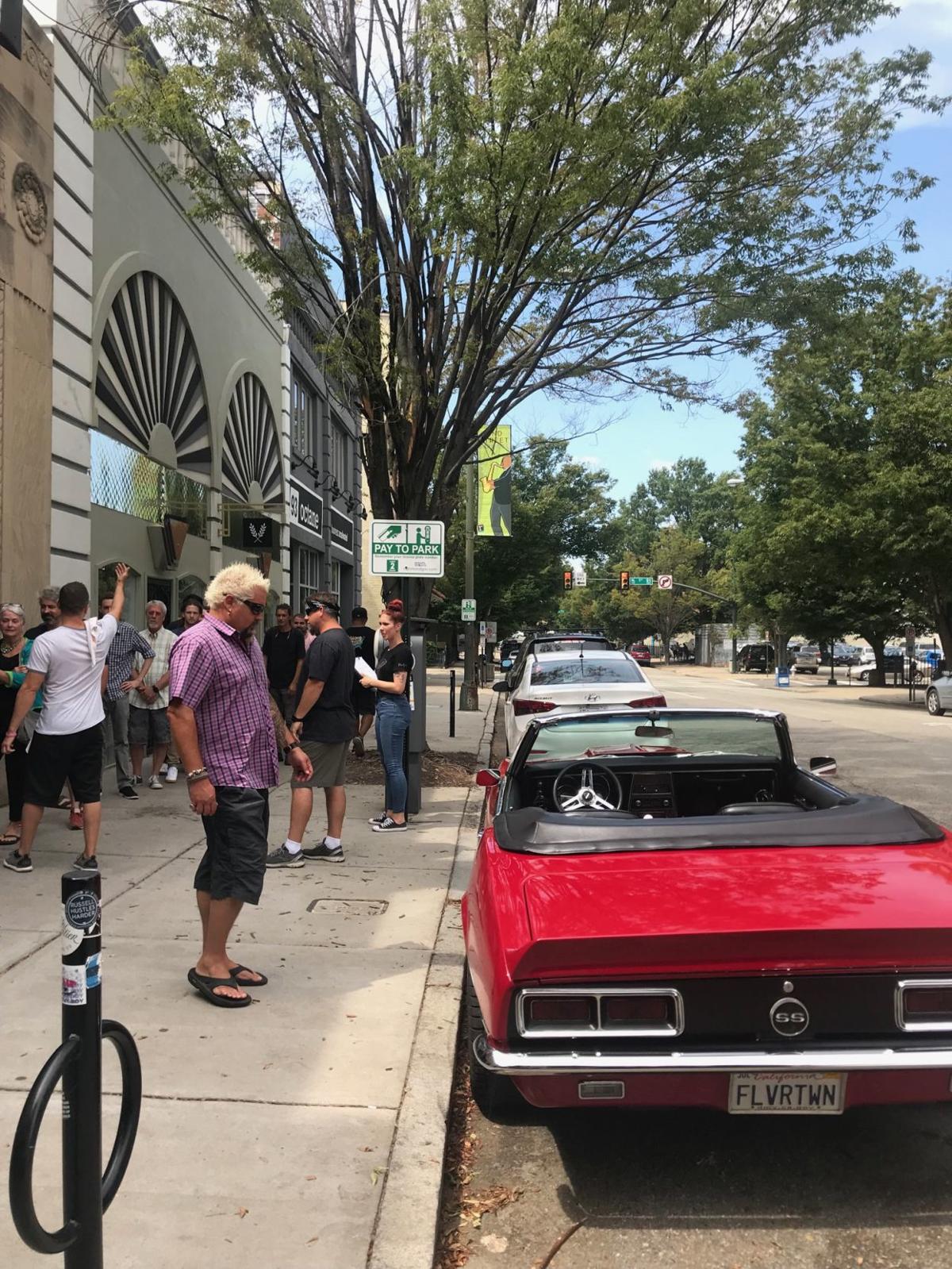 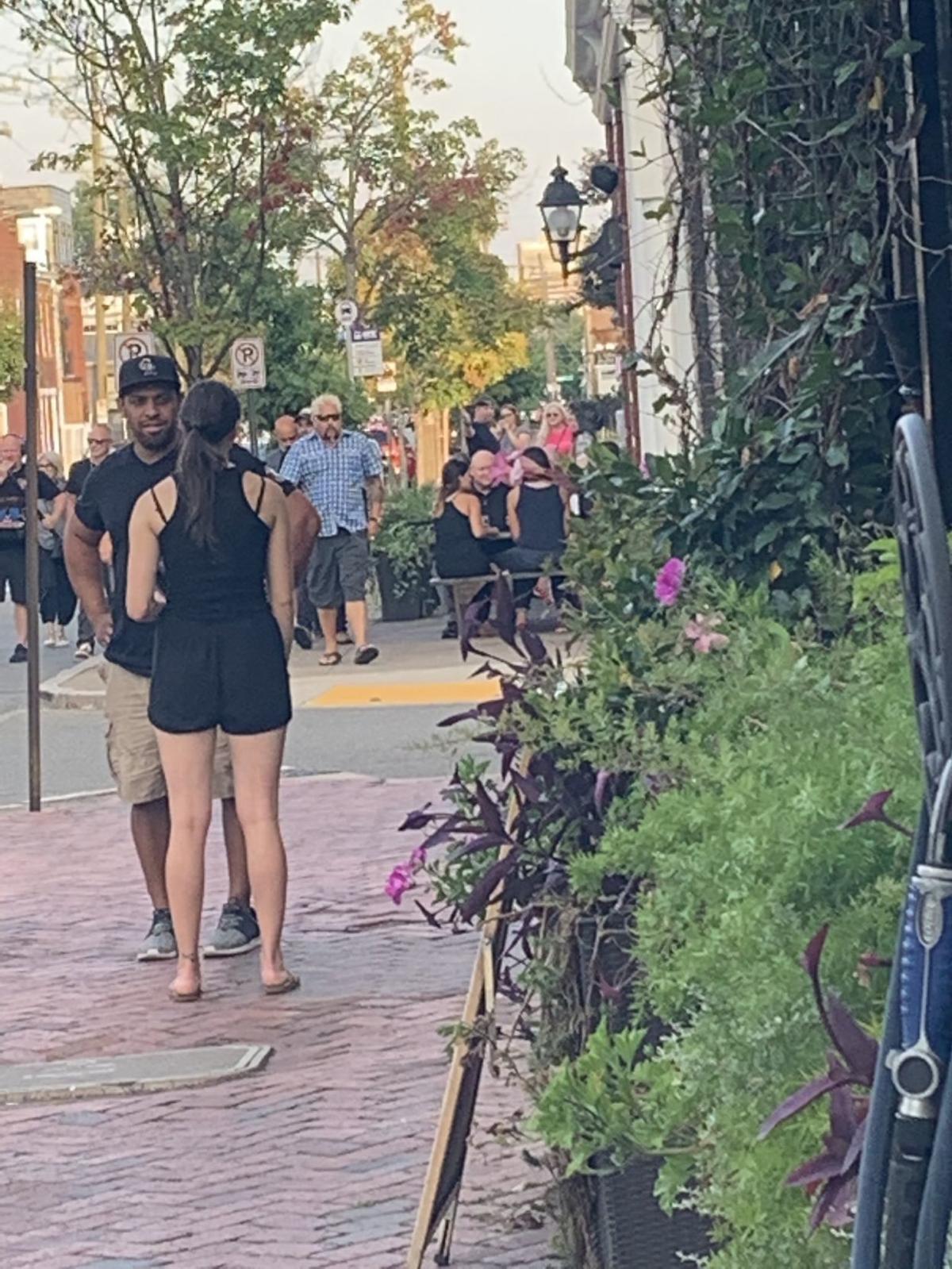 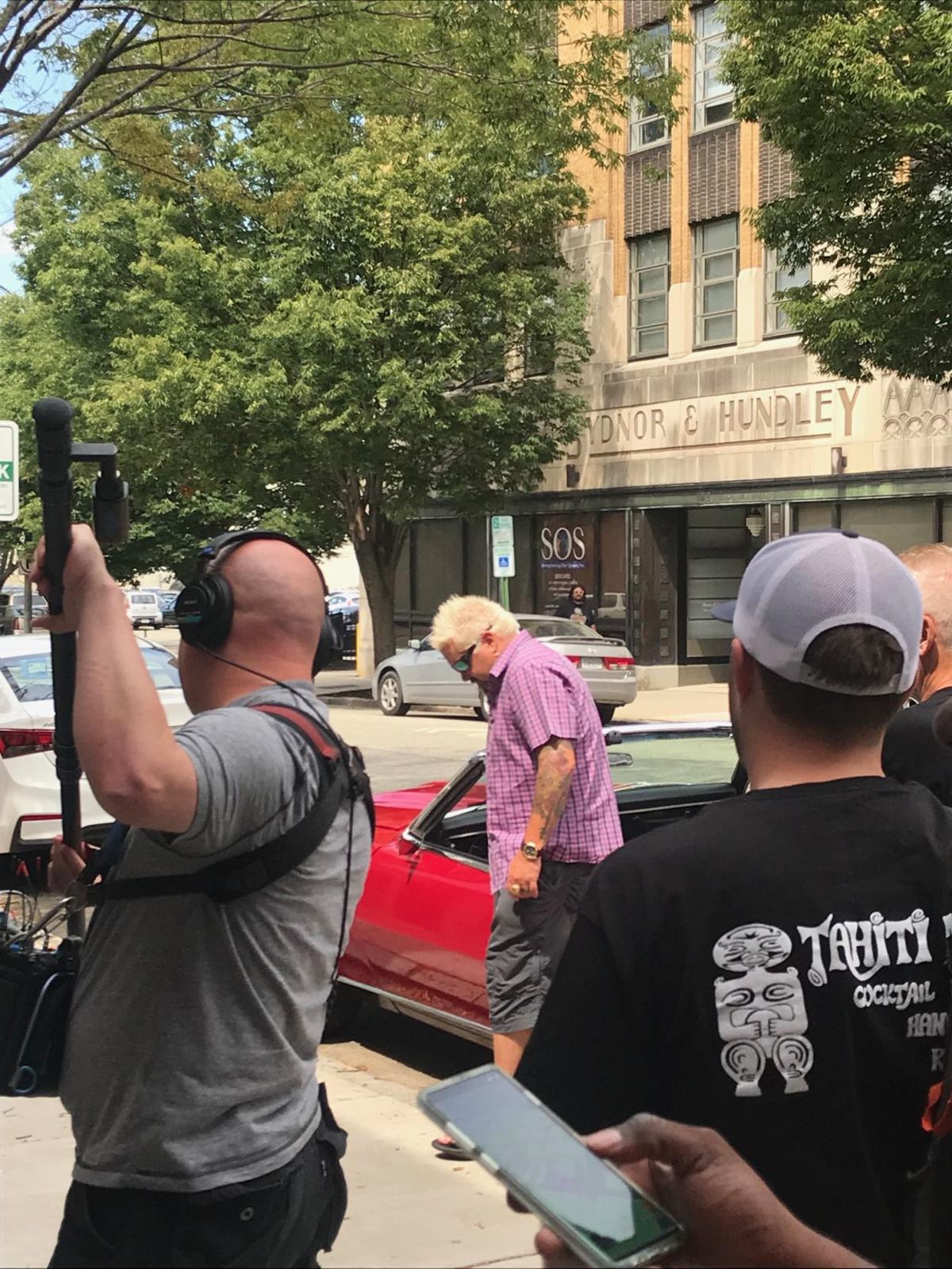 Update: Some time Wednesday afternoon, the "Mayor of Flavortown" met up with the mayor of Richmond.

Two mayors. One Richmond. #Repost @guyfieri: ・・・ Couple of Mayors choppin’ it up! @levarstoney, Mayor of Richmond, VA with the Mayor of Flavortown by his side 😂

Celebrity chef Guy Fieri is in Richmond this week.

The TV personality was spotted at various restaurants in Richmond on Tuesday and Wednesday.

There’s no official word why the chef is in Richmond. A representative for the Food Network, which airs Fieri’s show “Diners, Drive-Ins and Dives,” said they can’t comment on active productions due to the safety of the talent and crew.

Perly’s restaurant, also on East Grace Street, was closed Wednesday and will be Friday — for a special event.

Fieri — and his red Camaro with the license plate “FLVRTWN,” an abbreviation of Fieri’s catchphrase, “Flavortown” — were spotted in front of Perly’s on Wednesday afternoon. There’s no other word on where he might be next or has also been.

Fieri featured Richmond’s Dots Back Inn on “Diners, Drive-Ins and Dives” in 2007. He opened a restaurant in Norfolk, Guy Fieri’s Smokehouse, in 2017, and in June he opened two restaurants in Hampton: Guy’s Dive & Taco Joint and Guy’s Pizza Parlor.

According to Facebook posts from the Hampton restaurants, Fieri was scheduled to make an appearance Wednesday night.

Celebrity chef Guy Fieri, who famously featured Richmond's Dot’s Back Inn on his show "Diners, Drive-Ins and Dives," is opening a restaurant i…

Fieri's and Stoney's clothes are rumpled. They must have spent some quality time together in a motel room.

Don't forget, he was also at the Village Cafe as well.

His restaurants are tourist traps. Just like Margaritaville and others. Give up on the meals tax garbage though. You're constantly complaining about what amounts to $2 on a $30 tab and $0.25 on a cup of coffee. If you can't swing that, then I feel sorry for your server after receiving what you consider a good tip.

$3.84 on a $30 tab, almost twice what you said. It does warrant complaining...it’s an embarrassment, although complaining about when is a cup of coffee a meal, does not. Prepared drinks are subject to the tax, bottled or canned drinks are not, which anyone would know if they read about it, instead of referring to the shortened term ‘meals tax’ as an inclusive description.

Carena's Jamaican Grill was also closed for a special event yesterday. And a bright red camaro was parked outside!