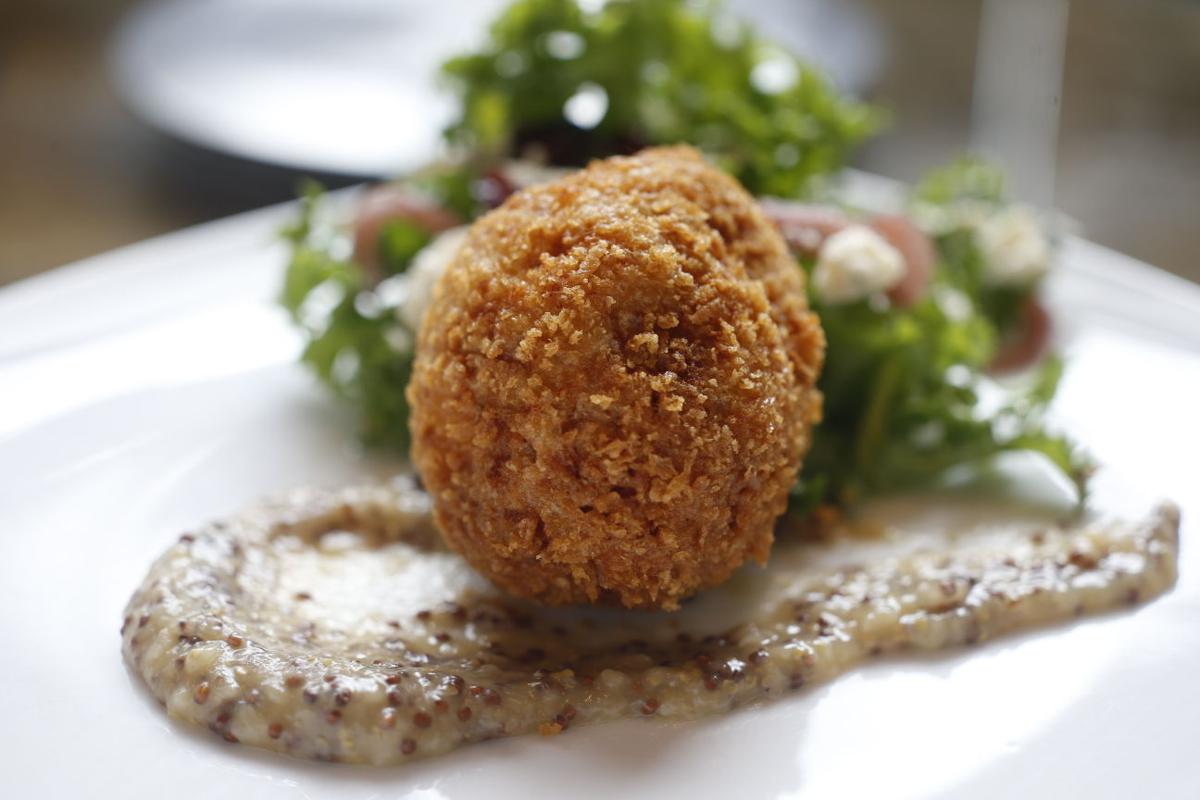 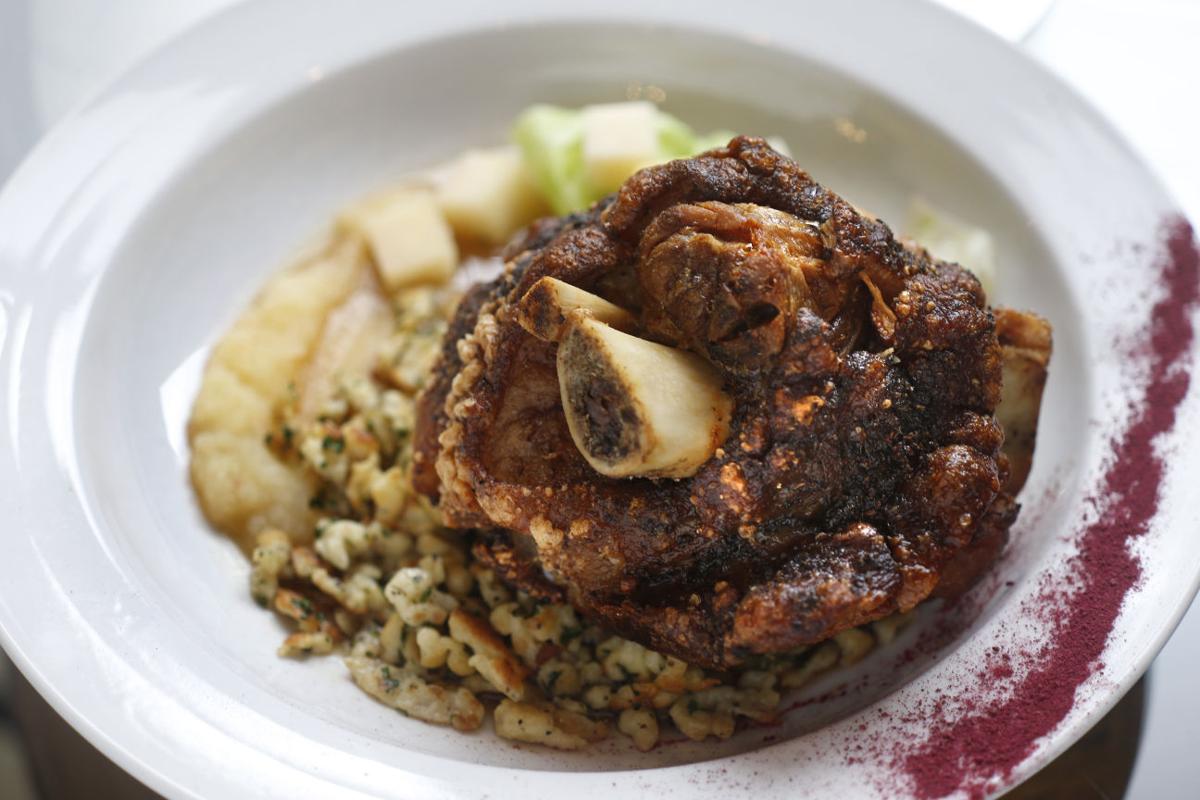 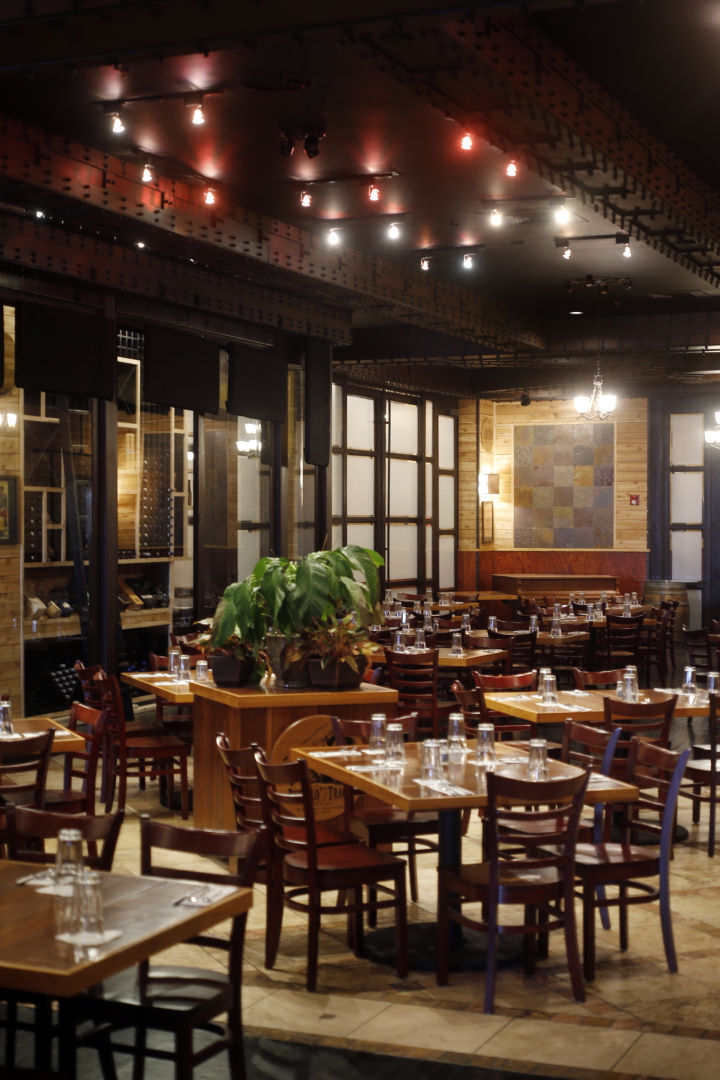 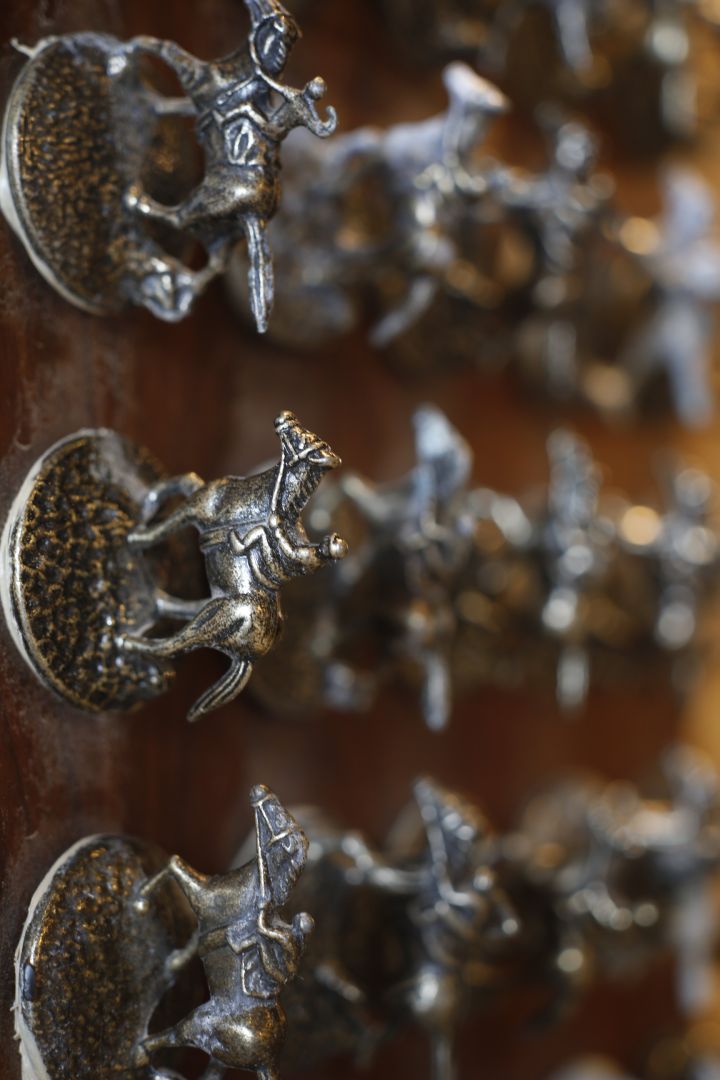 McCormack’s Big Whisky Grill is a bigger, swankier version of its sister restaurant in the Fan, with nearly 700 bottles of whiskey, a wine room and cuts of meat that could feed a small family.

Located in Henrico County’s Regency Square mall, the watering hole is run by restaurateur Mac McCormack and Lamb of God drummer Chris Adler. The new McCormack’s is a whiskey aficionado’s paradise with an impressive stash of hooch that includes hard-to-find and small-batch whiskeys.

While the bar has mastered spirits, the kitchen is accomplished in the meat department. With main courses, you can expect a meat-forward meal — humungous shanks, shoulders and strips cooked impeccably and seasoned appropriately.

Where the kitchen falls short, though, is balance. The meat gets all the attention and sides flounder, leaving entrée dishes incomplete.

We visited the new grill on a Wednesday evening at 7. With the look and feel of a modern saloon, the restaurant boasts wood paneling and is decorated with such details as salvaged whiskey barrels transformed into high-top bar tables. The cowboy vibes paired with a glass of bourbon and Hank Williams Jr.’s “A Country Boy Can Survive” playing in the background are enough to mentally transport you from Regency Mall to the Wild West.

Appetizers run the gamut from such familiar finds as ham biscuits ($9) and nachos ($10) to more complicated small plates, such as seared foie gras ($22) with pineapple upside-down cake, cherries and jerk sauce.

Two buttery inch-thick pan-seared sea scallops ($14) were enhanced with the flavor booster fennel pollen and adorned with fried sunchoke chips (Jerusalem artichoke), orange persimmon jam, and salty-sour pickled sardines. The menu noted that the shellfish were served with arugula, but instead, a milder green garnished the plate. A peppery zing from the fennel pollen and sweetness from dollops of persimmon jam were lovely flavor companions, but the two scallops were far too small to warrant the $14 price tag.

The Scotch duck egg ($14) was an impressive mix of flavors and textures. Duck egg, wrapped in a thin layer of venison sausage and then deep-fried, was served with a mustard sauce studded with pungent seeds, along with a bed of frisée garnished with sweet dried cranberries, blue cheese crumbles and pickled red onions. Using our forks, we cut through the fried ball’s crunchy, crispy exterior, unearthing a molten sunny yolk.

The restaurant isn’t just cuts of meat, as the kitchen recently launched a menu for people with severe food allergies — nuts, shellfish, seeds, red meat and gluten — which is available on Tuesday and Wednesday nights. And, come summer, the restaurant will start a nightly raw bar.

The pork shank ($32), well-marbled with fat, varied from tender to chewy and provided enough leftovers for several days of feasting. Hidden beneath the large shank was a scant amount of lukewarm sides — potatoes, spaetzle and braised cabbage — in a sweet, and also lukewarm, broth. A gewürztraminer (white grape wine) glaze was a sweet, exciting addition to the German-inspired dish, but not enough to redeem the meager, barely warm sides.

The roasted chicken ($26) was a tender and juicy half chicken with a crisp skin. The menu noted that the bird was served with fava greens, roasted red pepper, Meyer lemon, olives, feta and walnuts. Instead it was accompanied by a small bed of arugula topped with feta cheese, walnuts and what appeared to be small fried corn cakes. When we told our server that the dish didn’t match the description on the menu, he shrugged and said the kitchen must’ve changed it. After inquiring about the curious fried salad toppings, our indifferent server wasn’t able to help identify it. Rather than complementing the chicken, the salad faltered and left us disappointed. Cooked greens would better suit the heavy roasted chicken instead of a springy salad with mystery toppings.

We ended on a delicious note with fried Oreos ($6), four cookies deep-fried with a warm, velvety chocolate center, accompanied by two scoops of vanilla ice cream, a drizzle of chocolate sauce and powdered sugar.

McCormack’s impresses at the bar with whiskey and in the dining room with its superbly cooked meats, but in the end, our entrées suffered from imbalance. Both our main courses were huge in meat portions and lacking with sides. The greens, potatoes and grains seem to be an afterthought, and not part of the bigger picture. When paying for a pricey entrée ($22-$32), it’s not just about the meat, but how the whole dish comes together.

McCormack’s Big Whisky Grill in Henrico’s Regency Mall is a modern-day saloon with beautiful decor, a huge selection of pricey whiskeys and a menu that puts the emphasis on meat-forward dishes.

McCormack's Big Whisky Grill is Regency Square was named one of the best bourbon bars in America by The Bourbon Review.