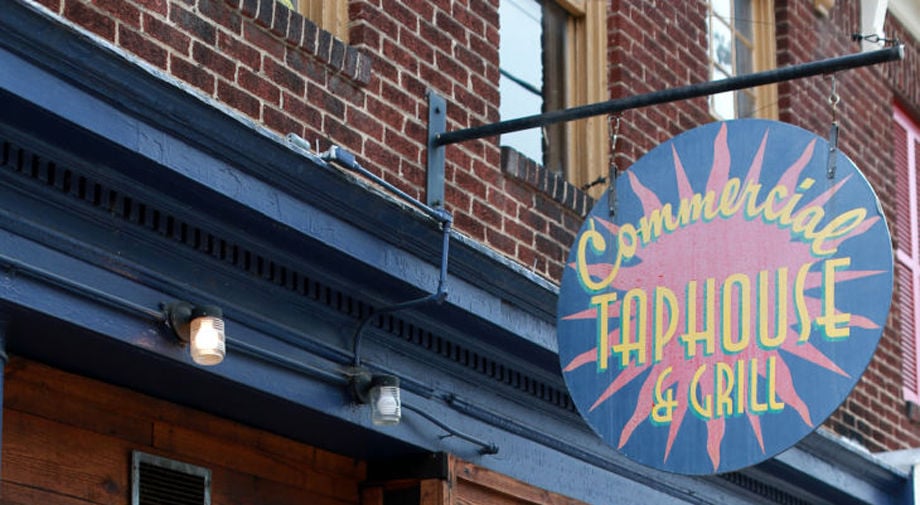 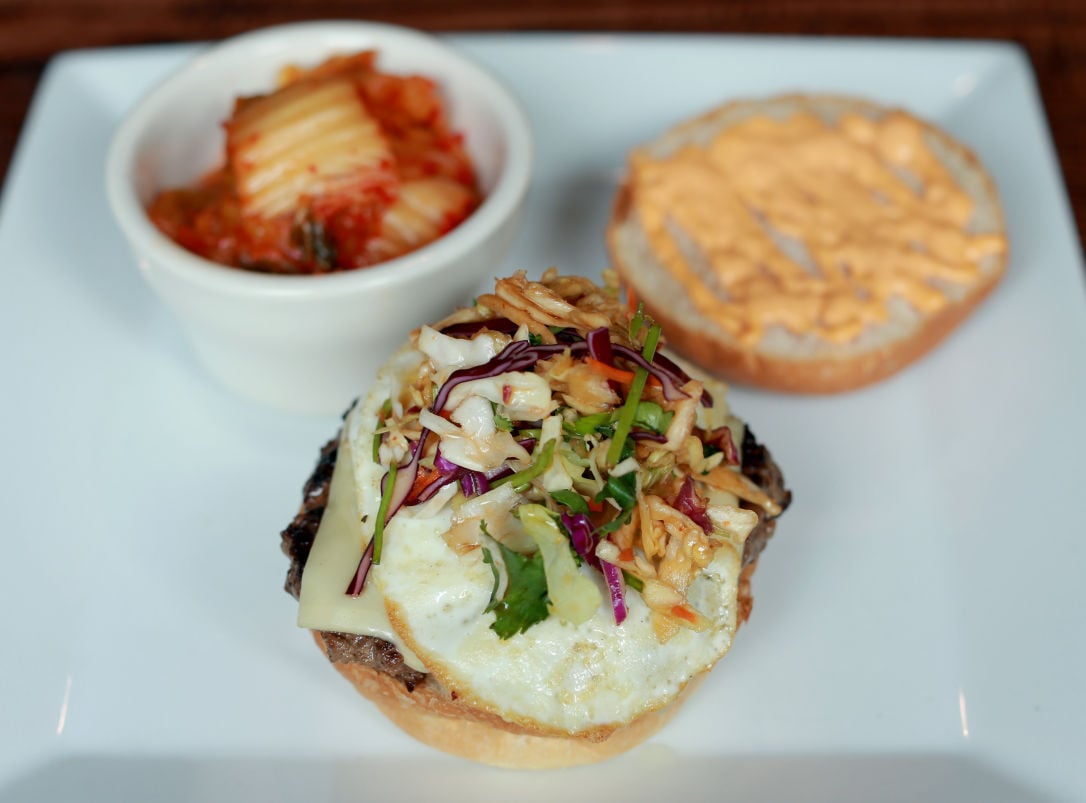 Commercial Taphouse & Grill: The Cure burger and side of kimchi 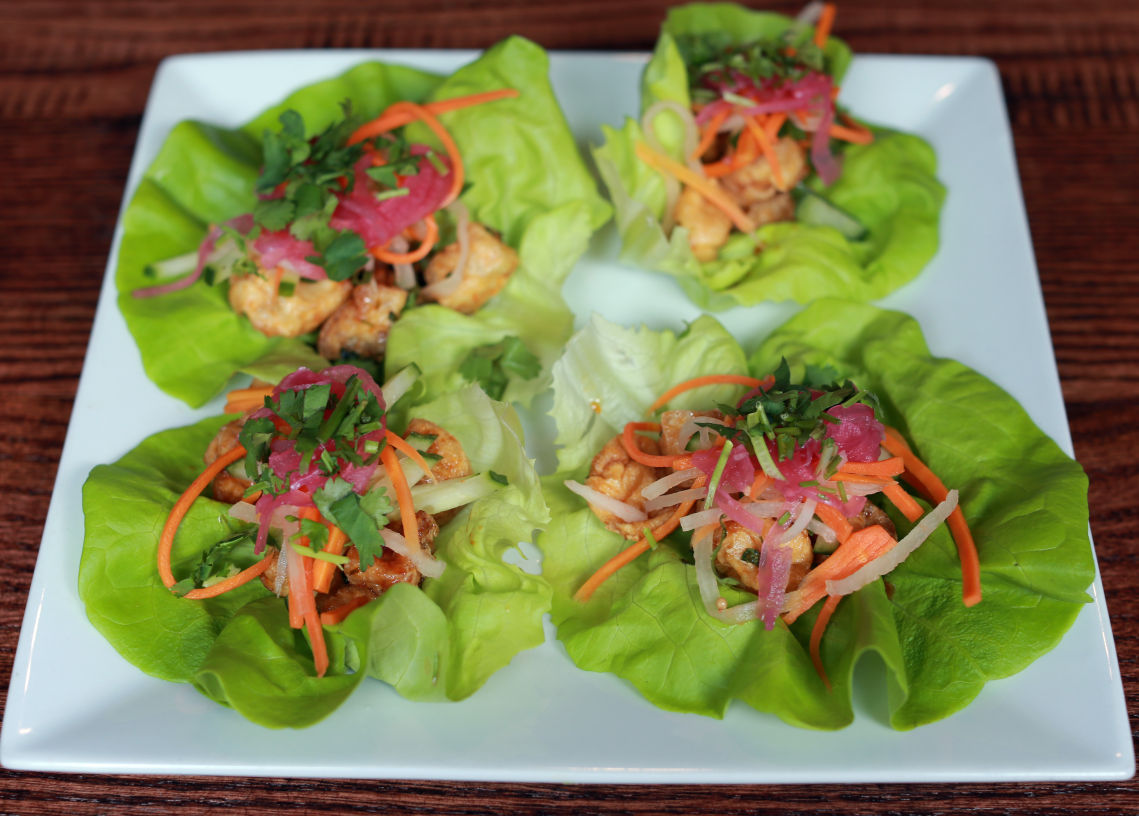 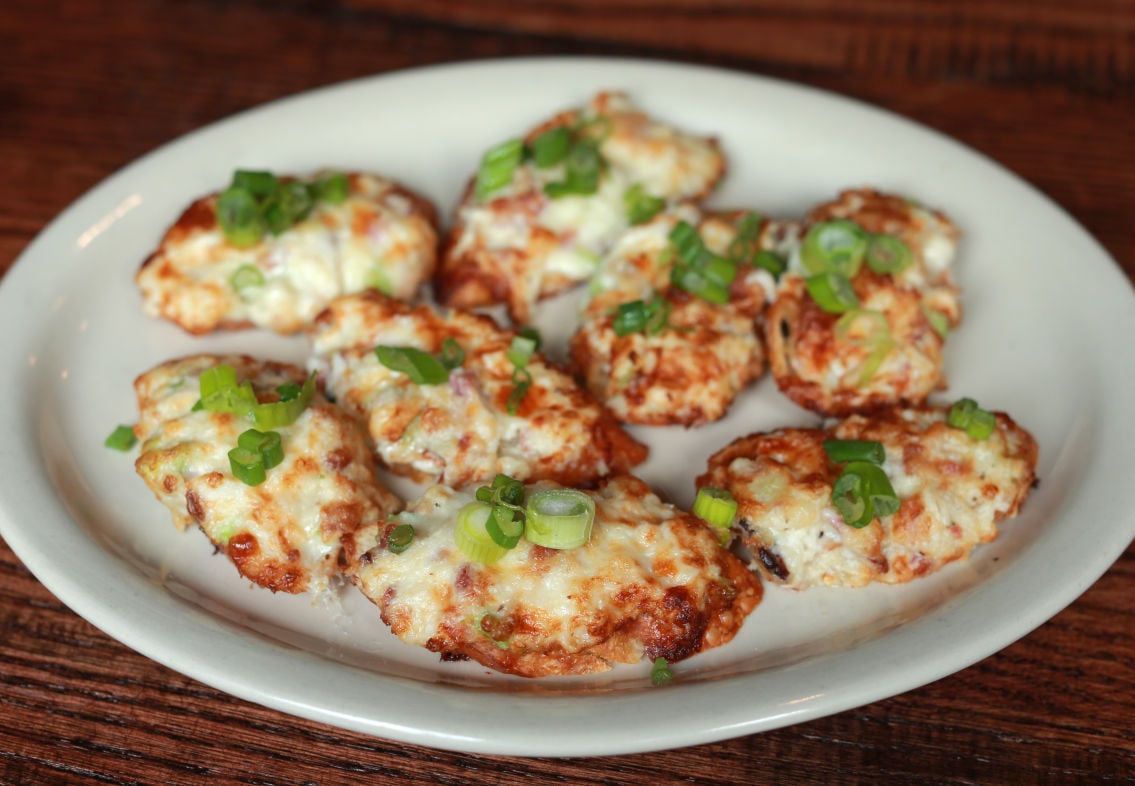 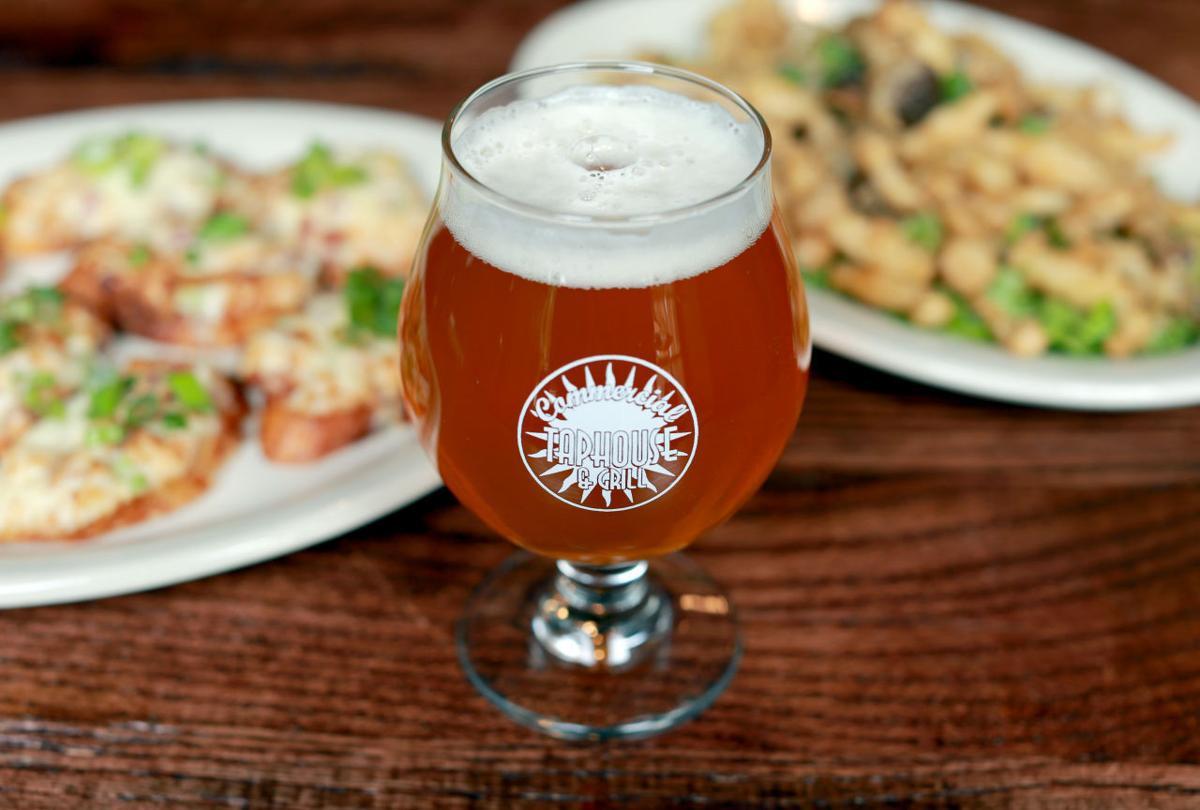 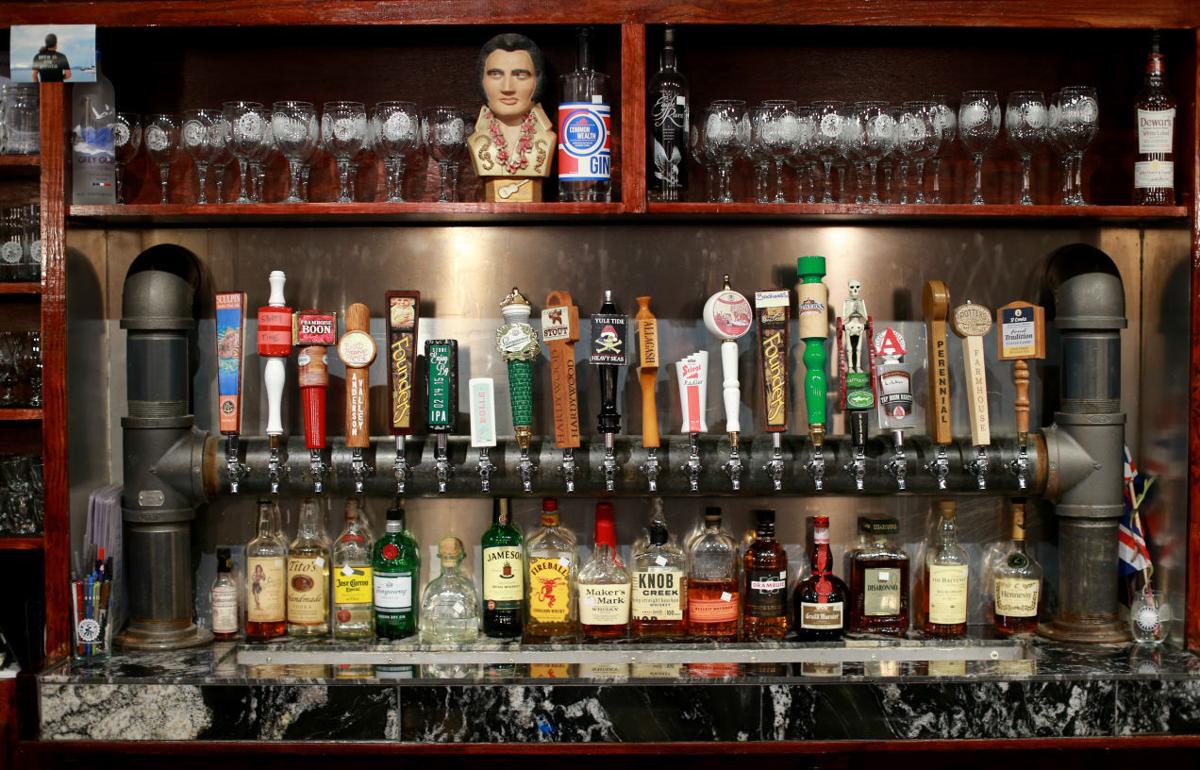 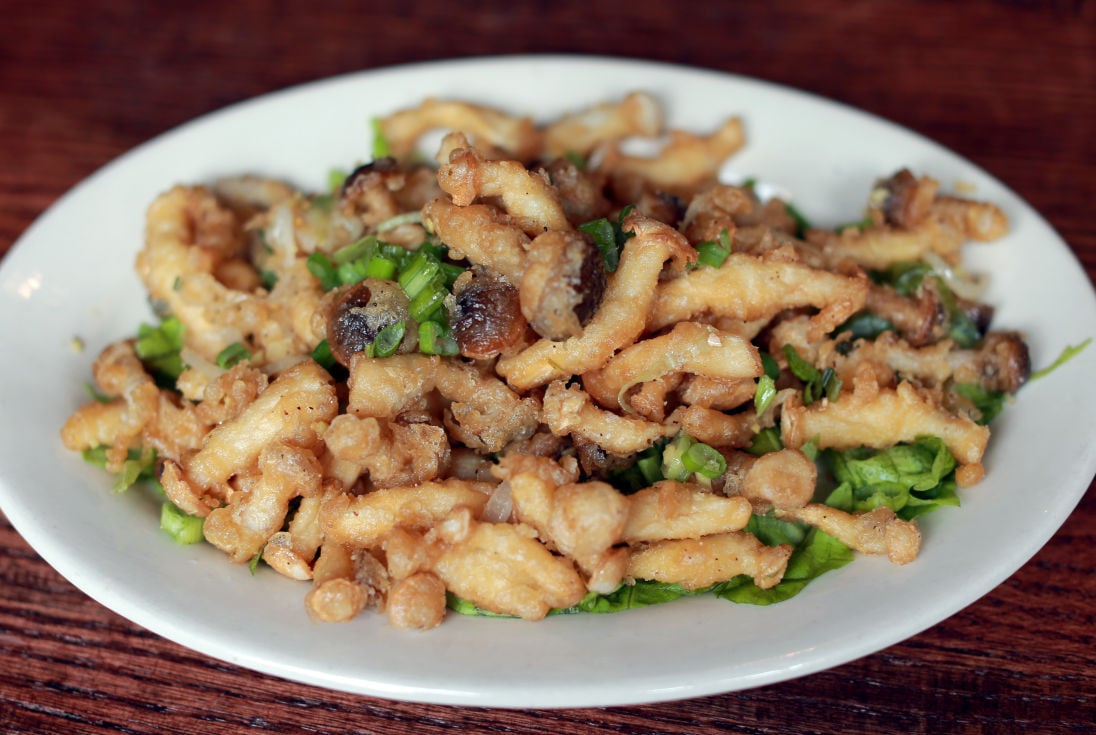 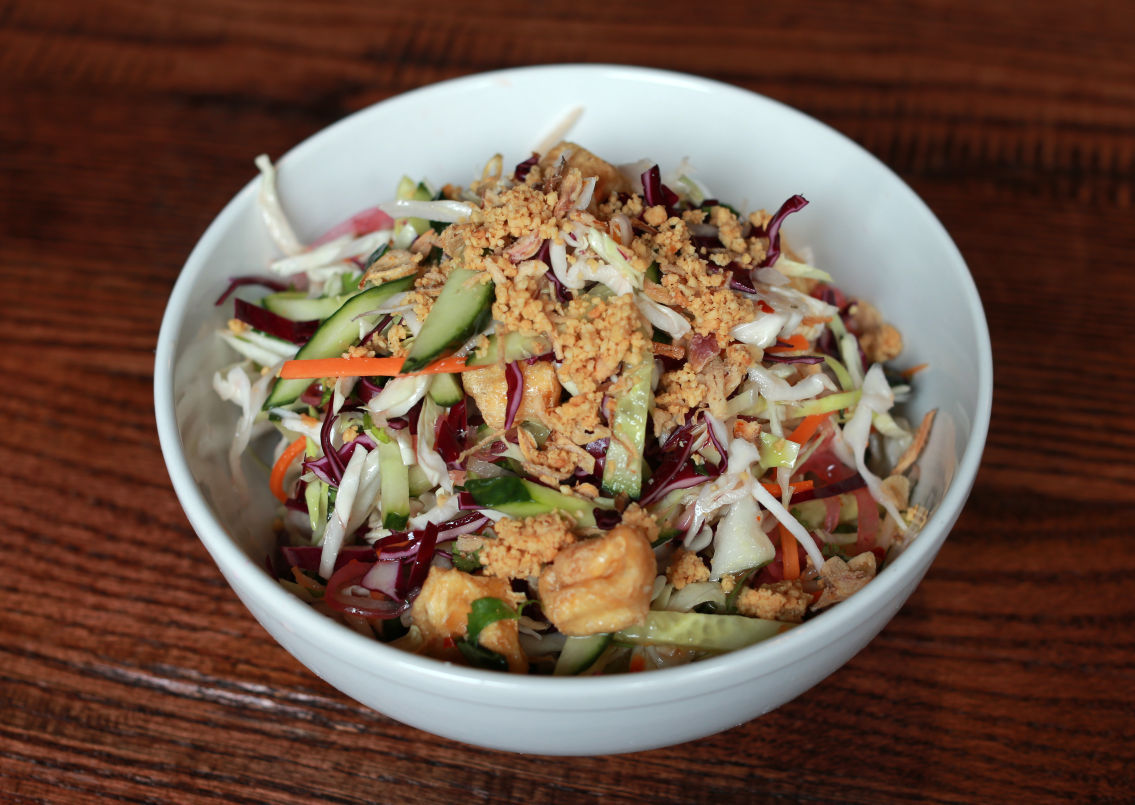 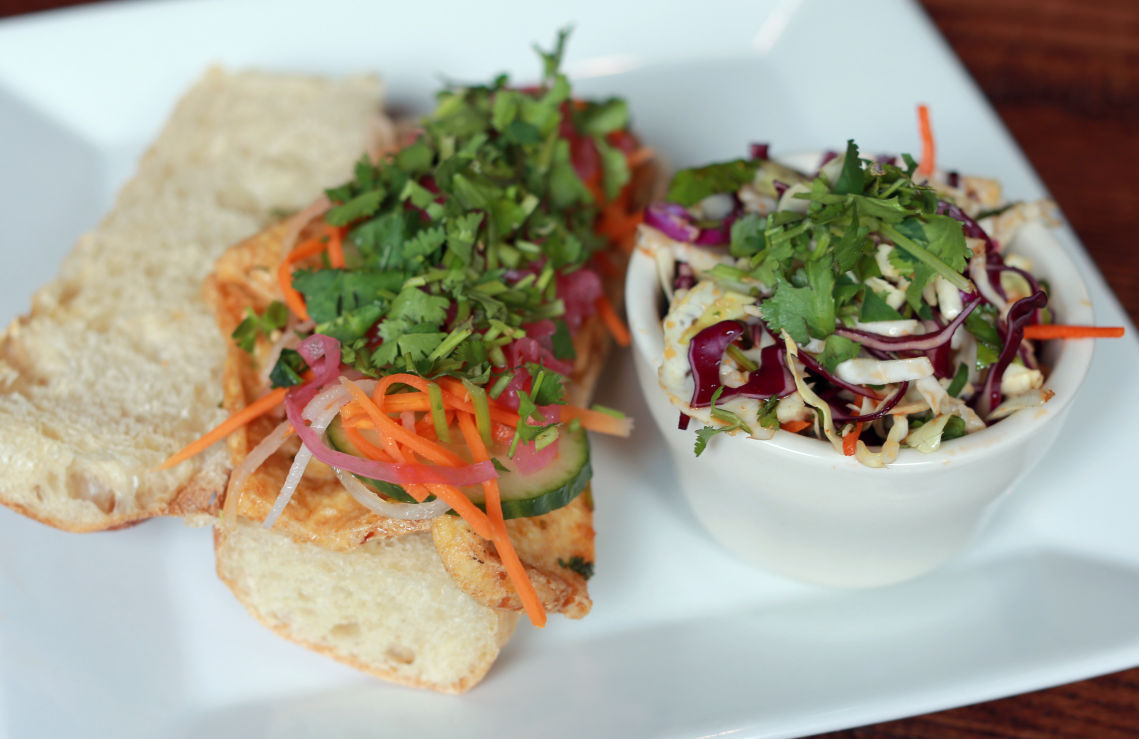 Commercial Taphouse & Grill: Tofu banh mi and side of slaw 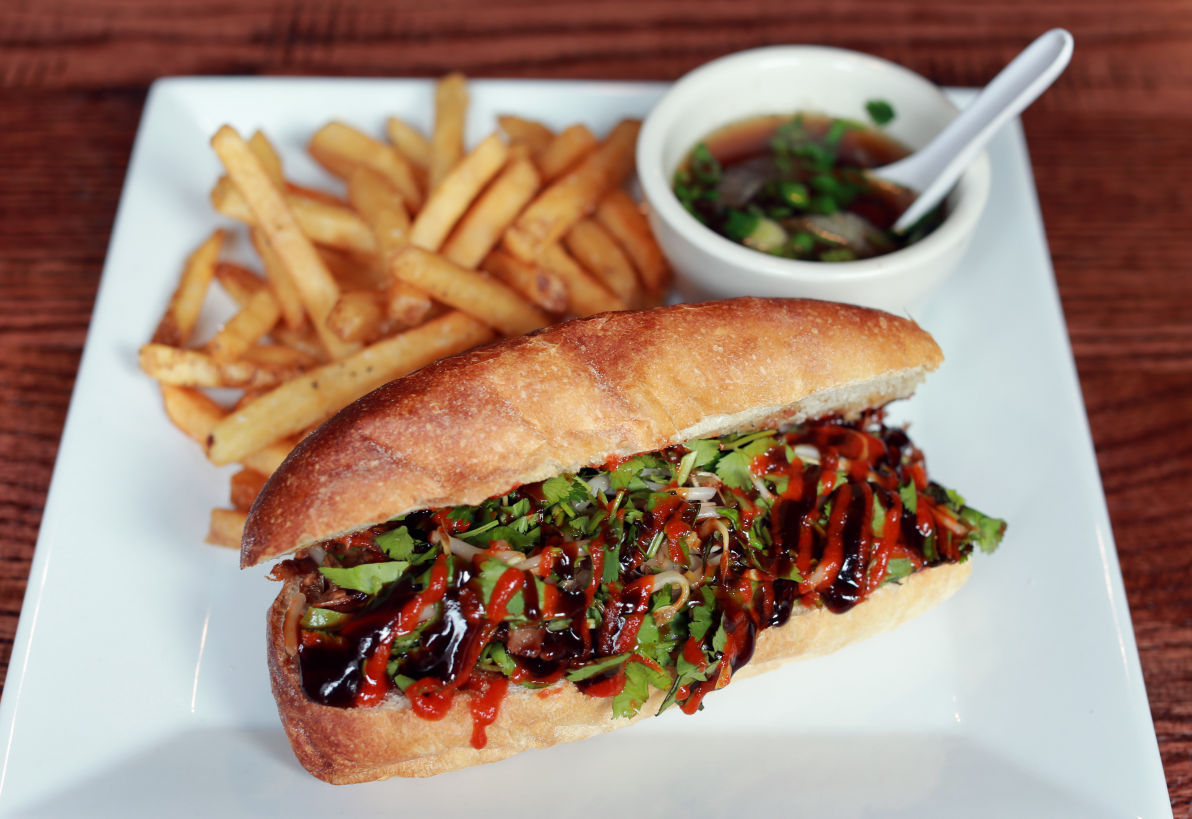 Commercial Taphouse & Grill: The Cure burger and side of kimchi

Commercial Taphouse & Grill: Tofu banh mi and side of slaw

After two decades of faithful service to Robinson Street’s revelers, the Fan fixture was purchased by An Bui, owner of the Vietnamese restaurant Mekong and The Answer Brewpub in Henrico County. Bui revamped the interior and menu, and reopened in September.

Hearty specials keep things interesting with dishes such as a ramen-fried chicken sandwich with pickles, or a tweak on the french fries, cheese and gravy poutine with breakfast sausage and pimento cheese. The food is filling and well-priced; all dishes are $10 or less. And, the restaurant also has a popular $5 burger night.

In the kitchen, you’ll find executive chef Thuy Bui, An Bui’s niece, who previously cooked at The Roosevelt in Church Hill.

Naturally, though, beer is still a huge focus at the new Commercial Taphouse, with 20 taps commanding the bar. And, there’s still the fun Friday-night crowd of people huddled at the bar, while weekday evenings evoke a more casual dinner scene. The staff is friendly, yet unintrusive.

On a recent evening, my partner and I had a low-key and yummy dinner at Commercial Taphouse. We started with the baked crab toast ($9), eight crisp crostini topped with a schmear of warm, gooey cheese and crab. The bite-size snacks were simple and filling. Appetizers also include plenty of vegetarian options — pot stickers ($8), tempura-fried zucchini ($8), and salt-and-pepper-fried tofu ($8).

Well-seasoned and punctuated with potent ginger, the salt-and-pepper tempura-fried mushrooms ($8) were addictive little morsels of joy. Petite mushrooms were battered and deep-fried so they had a light, flaky crust.

Nestled in a pillowy loaf of bread, the tofu banh mi ($8), included firm and creamy soybean curd that soaked up a sweet-sour sauce, topped with crunchy cukes, carrot sticks, sharp pickled onions and cilantro. The sandwich called for a little more tofu, but in the end was a smart balance of flavors (sweet and tangy) and textures (crunchy and creamy). A huge helping of crisp, fresh cabbage salad accompanied the sandwich, but was overpowered by a nutty and strong sesame oil dressing that ended up turning us away.

Recommended by several folks, I ended up with The Cure cheeseburger ($10), a well-done juicy beef patty topped with Asian slaw and a spicy mayo sandwiched in a firm bun. A gooey American cheese and fried egg with neatly set yolk pulled the whole burger together. It was perfectly manageable and not messy — no yolk, cheese or mayo oozing out. My kind of burger.

A side of kimchee, spicy and powerful fermented veggies, needed a good chopping up to manage the large and cumbersome pieces. The kimchee’s spicy bite was overpowered by an overly briny flavor.

When you think about it, it makes perfect sense to trust Commercial Taphouse’s future in the hands of the Bui family. After all, An Bui helped put our city on the map for craft beer; Mekong has more than 50 beers on tap.

With his love for rare and international brews, Bui’s purchase of Commercial Taphouse is a match made in beer heaven. And, Thuy Bui’s cooking just happens to be the perfect pairing.

Commercial Taphouse serves fresh and approachable Asian fusion in a casual bar atmosphere. Plenty of tasty food at a good price ($10 or less), along with a stellar beer selection, give the Fan watering hole an exciting new chapter.

See what else is on tap at the newly reopened Commercial Taphouse & Grill at Richmond.com.

Commercial Taphouse serves fresh and approachable Asian fusion in a casual bar atmosphere. Plenty of tasty food at a good price ($10 or less), along with a stellar beer selection, give the Fan watering hole an exciting new chapter.

Dining out: Margaritas and quality Mexican fare at Lalo's Cocina

After opening in November, Lalo’s Cocina Bar & Grill has quickly established itself as a solid place to grab a margarita and Mexican dish.

Federal approval for The Answer Brewpub to brew

An Bui and Brandon Tolbert have been biding their time, doing all they could to get the brewery at The Answer Brewpub ready for its debut, but…

Commercial Taphouse in the Fan District is closing

Commercial Taphouse & Grill in the Fan District is closing, according to a post on the restaurant’s Facebook page.