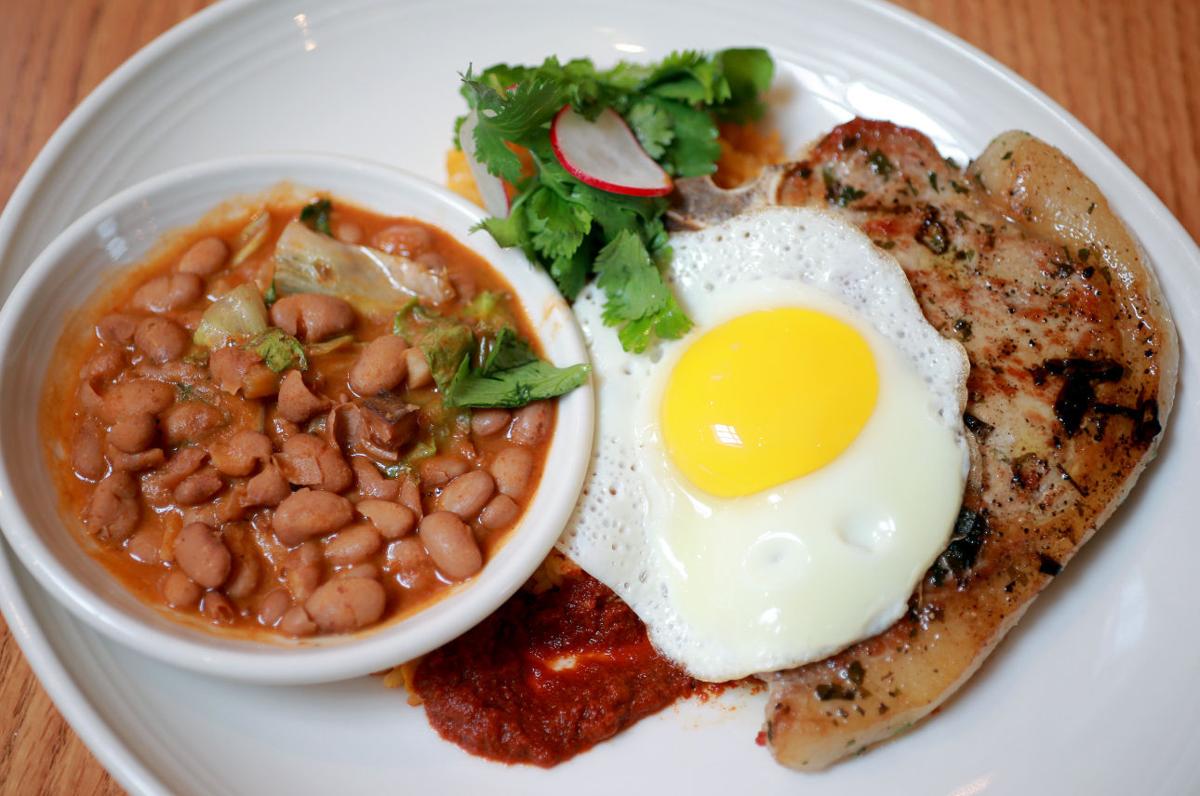 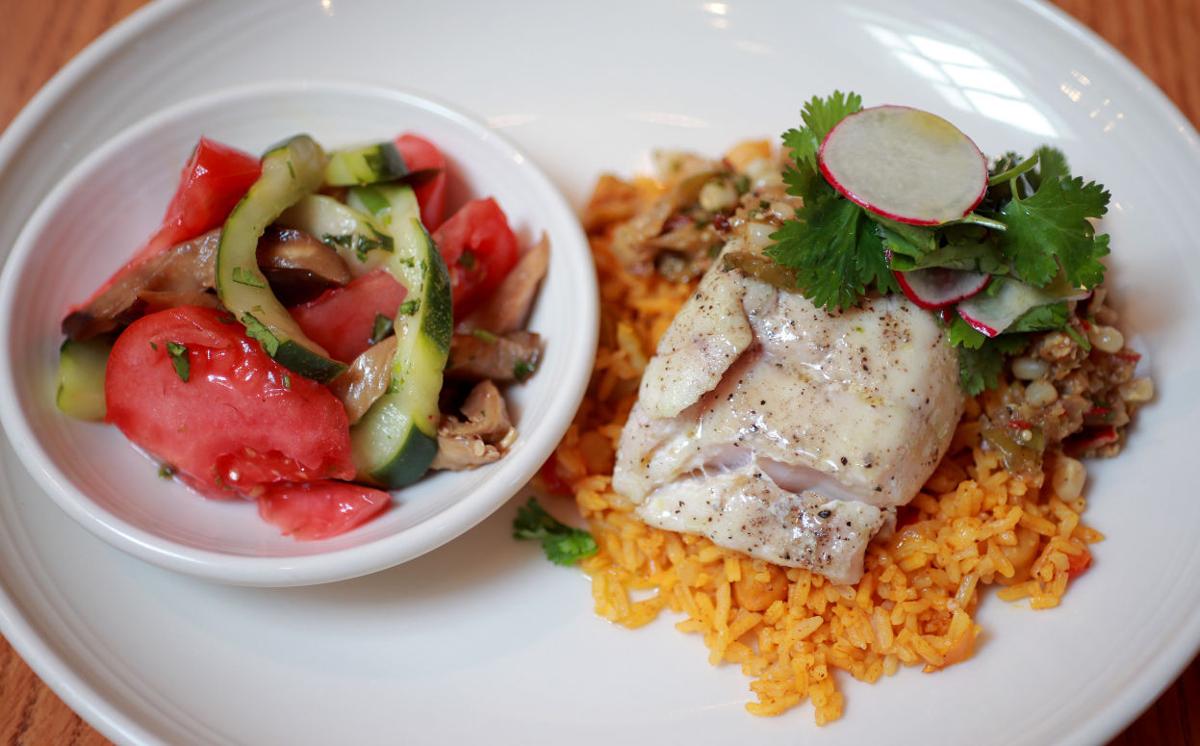 Fresh catch of the day Rockfish 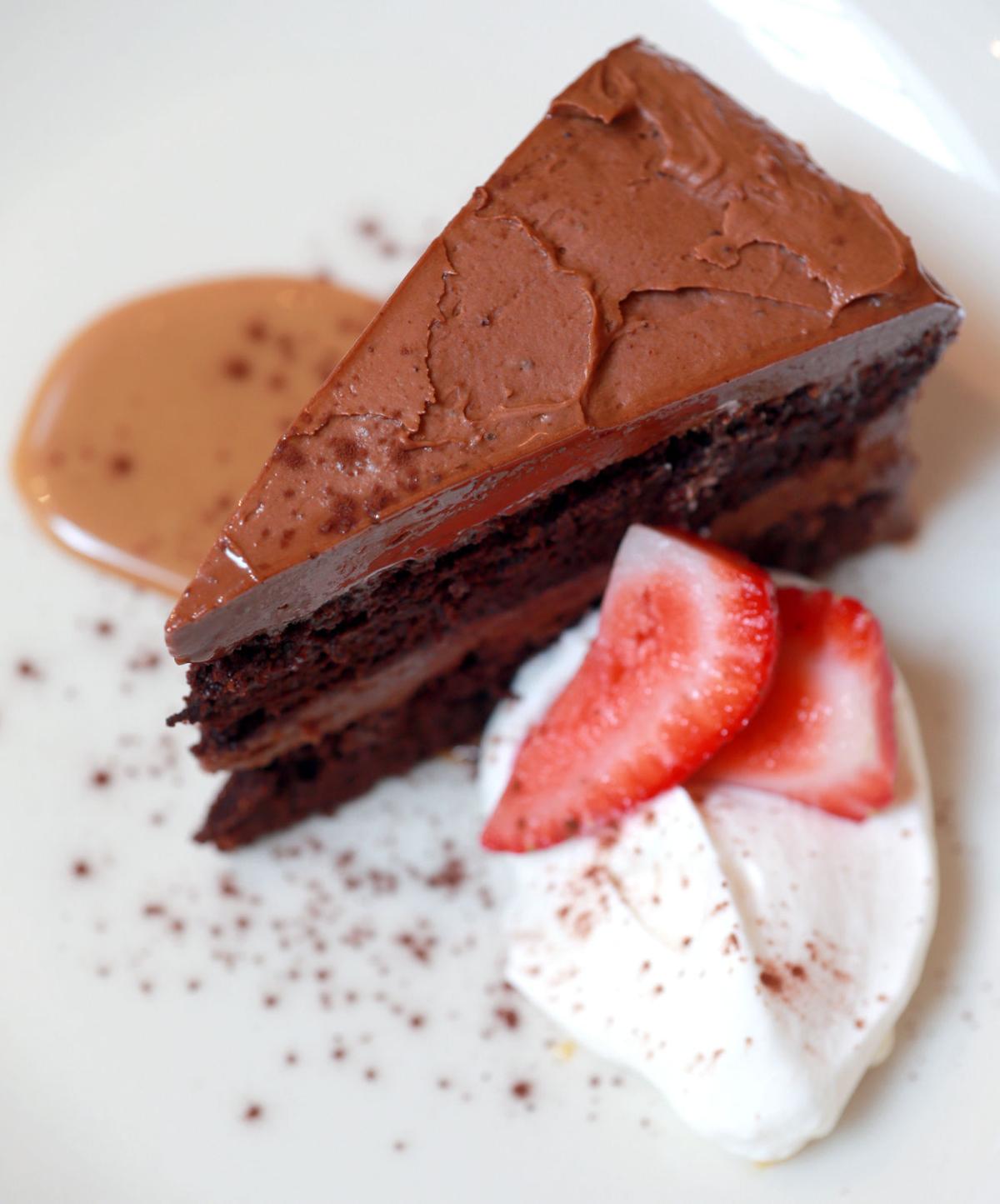 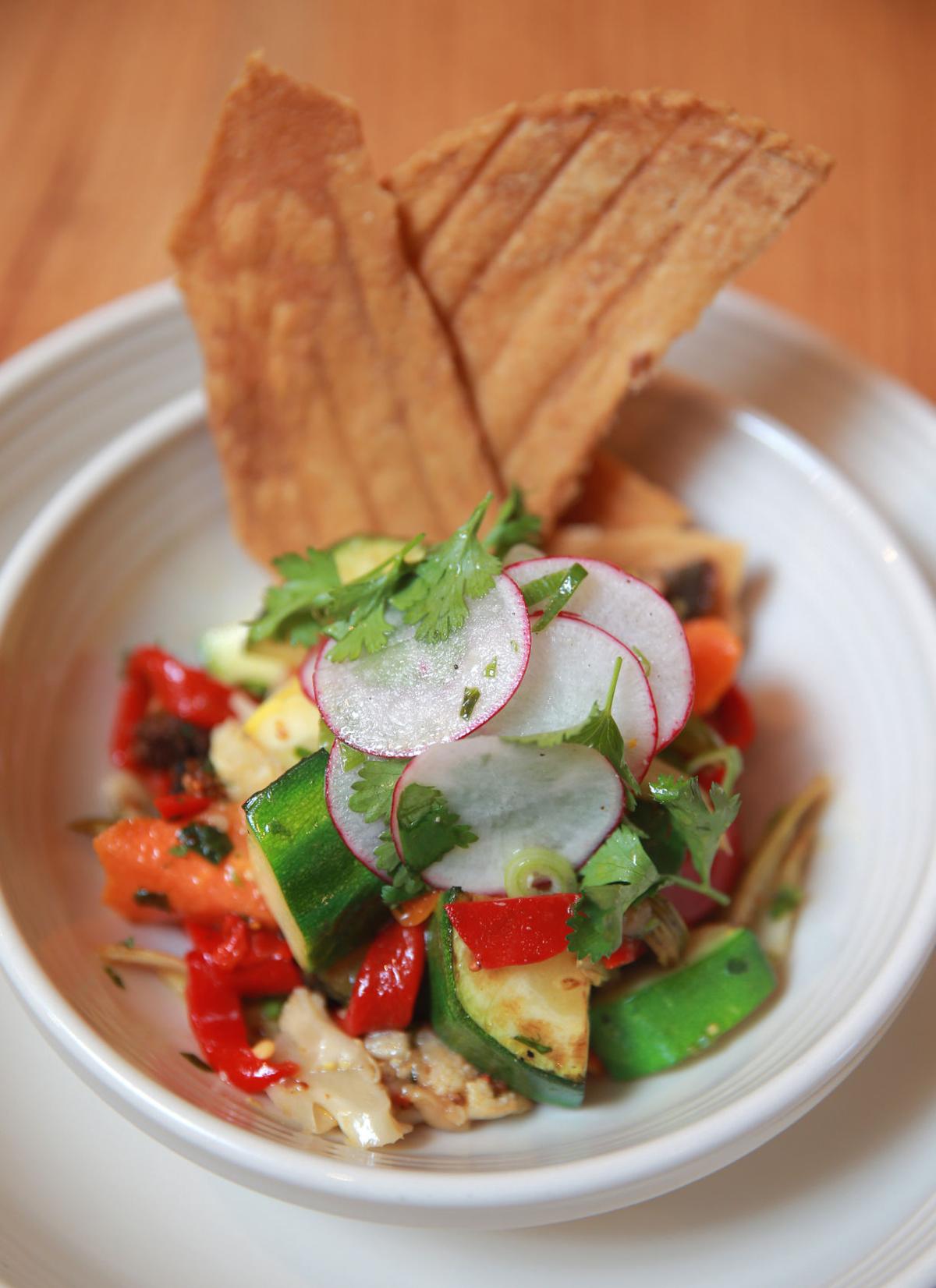 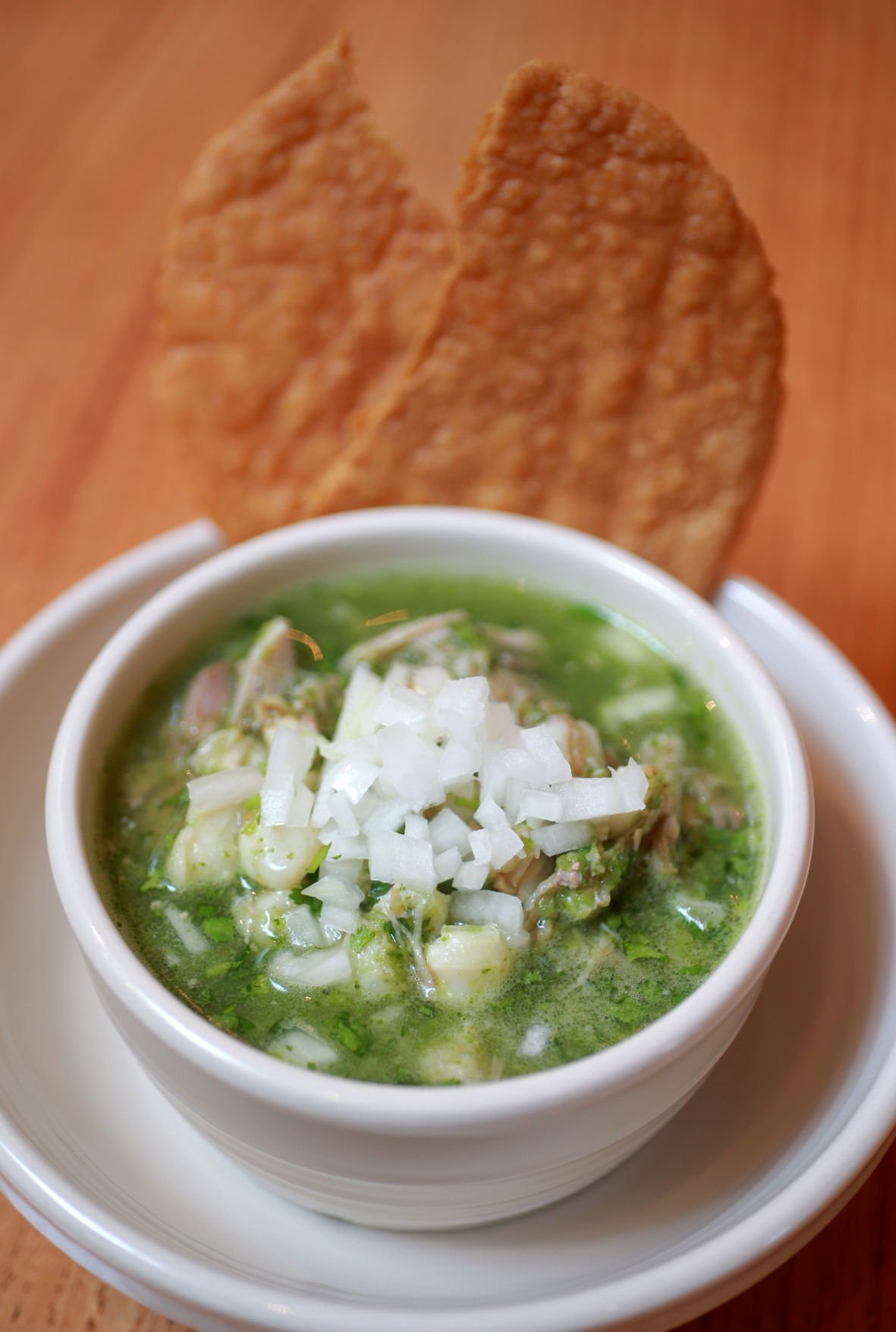 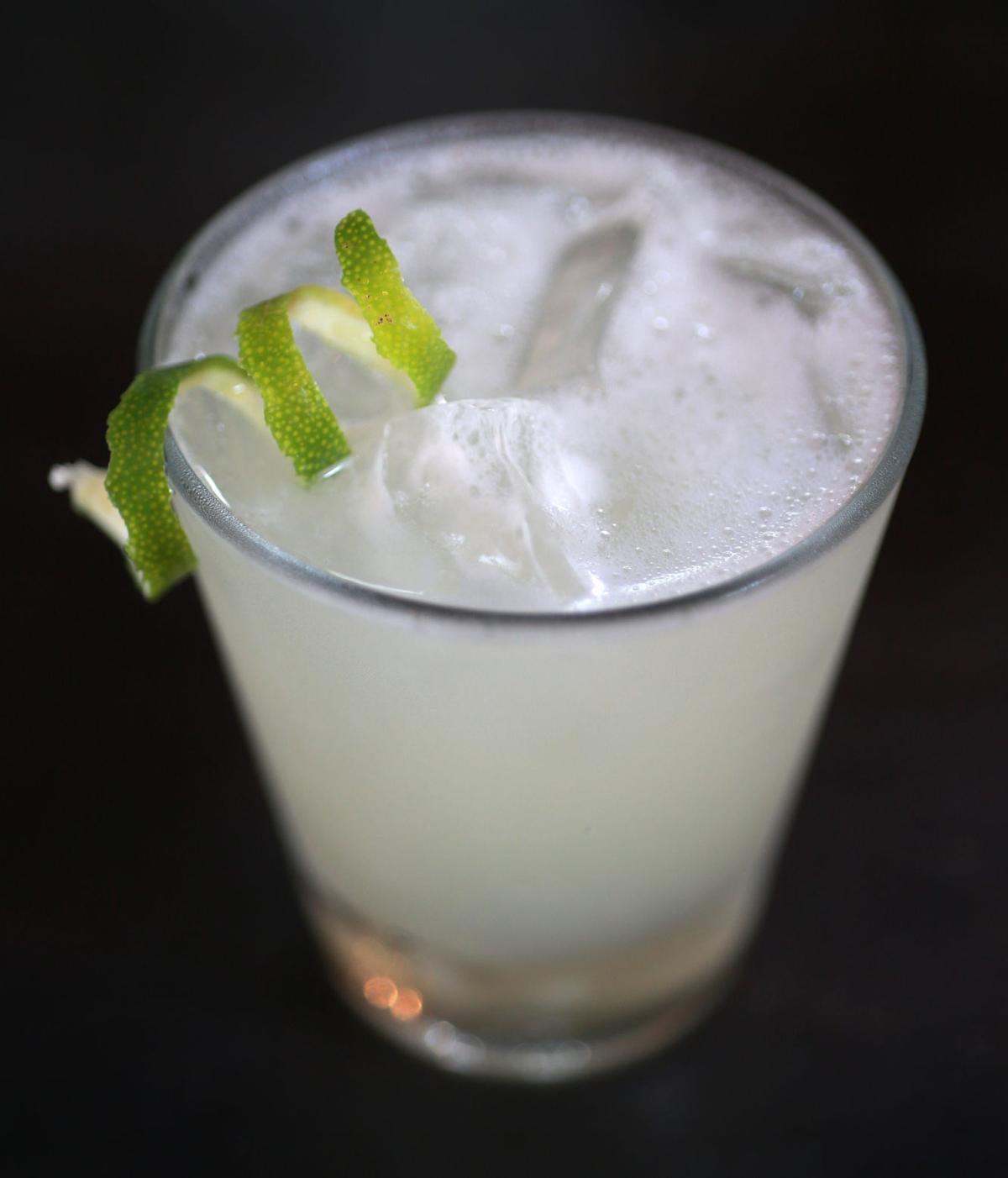 Drink offerings at the wraparound bar include pisco, cachaca and rum, plus sangriacognac cocktails. 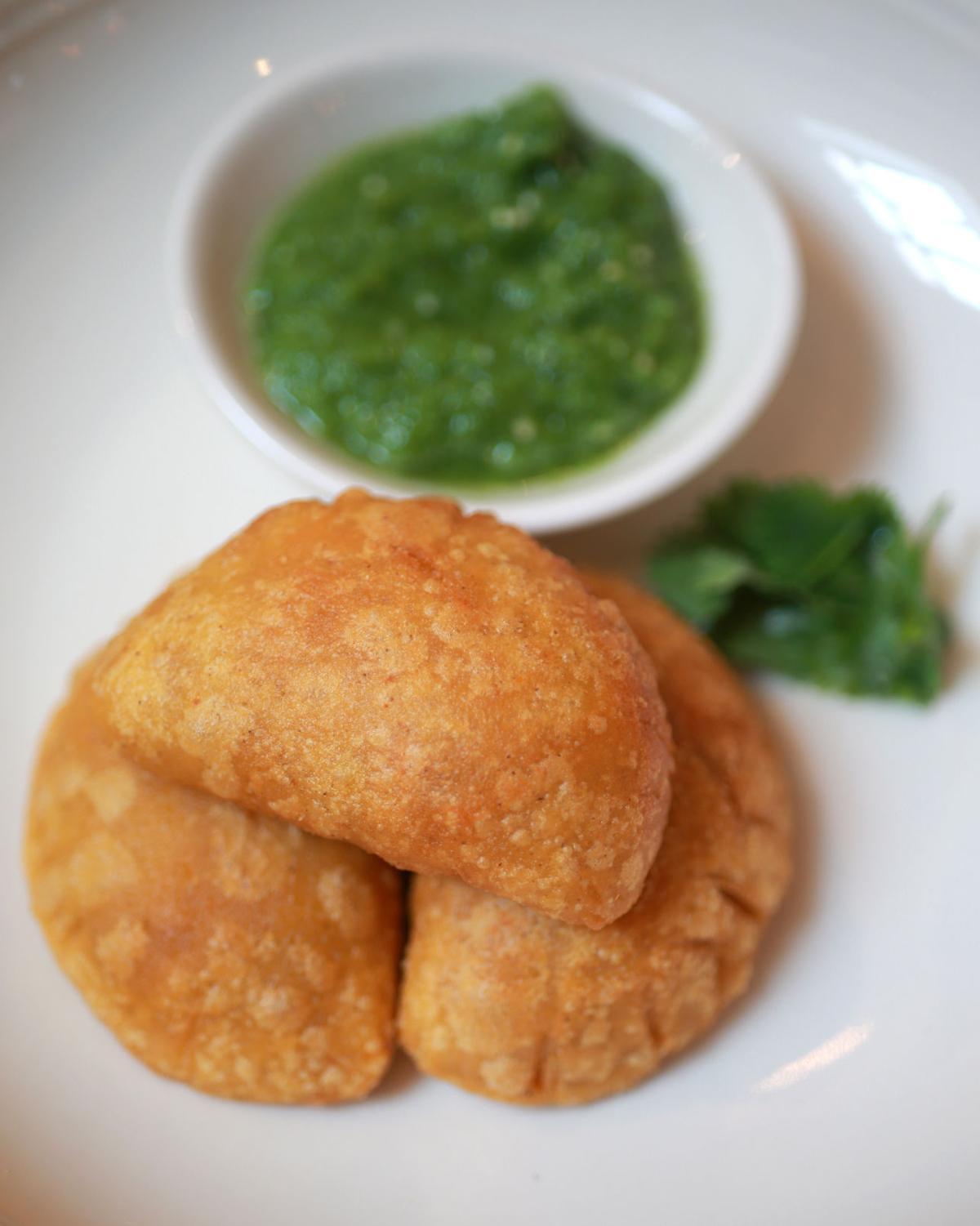 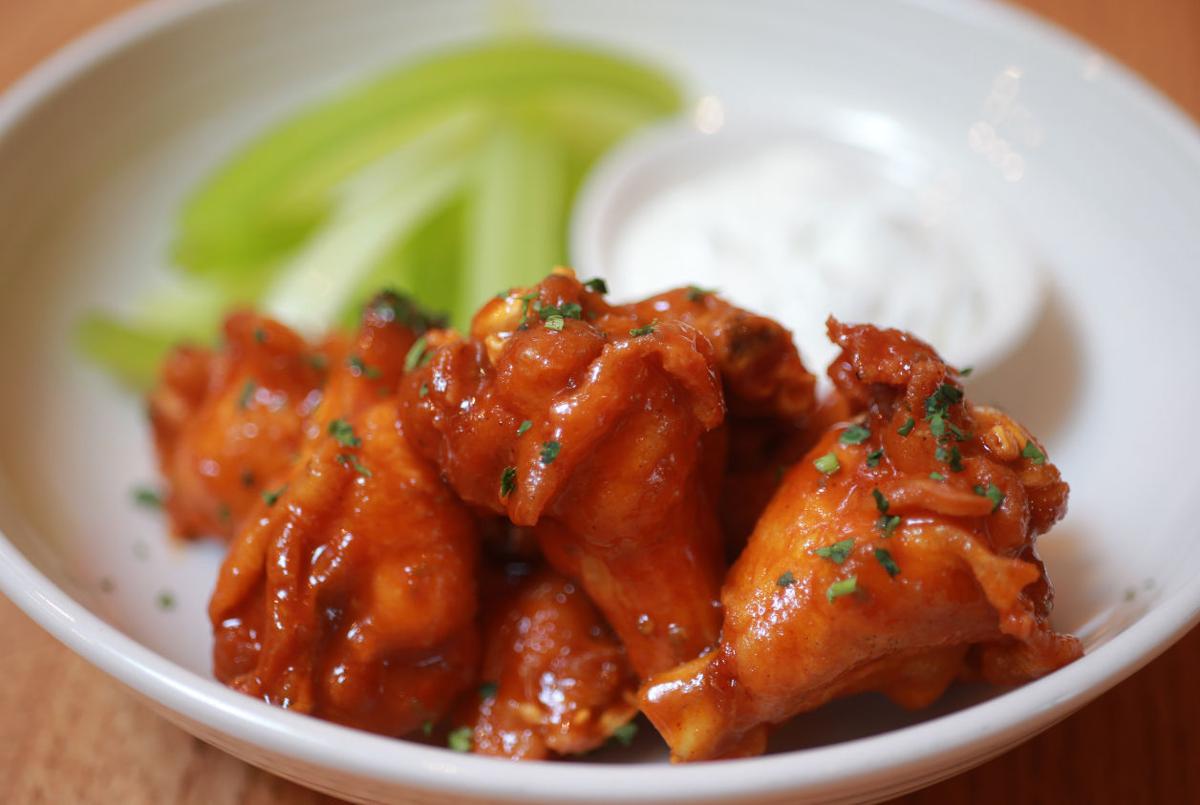 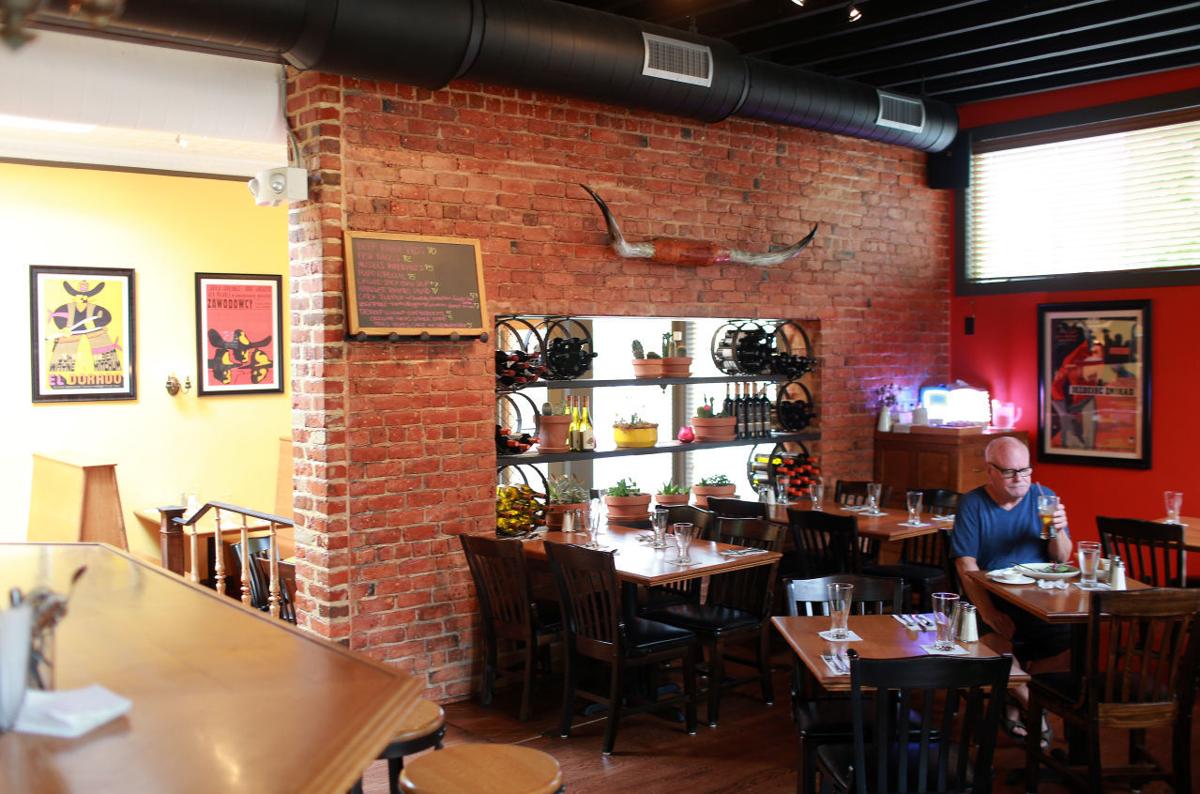 The welcoming interior of Rancho T, punctuated with Southwestern décor. 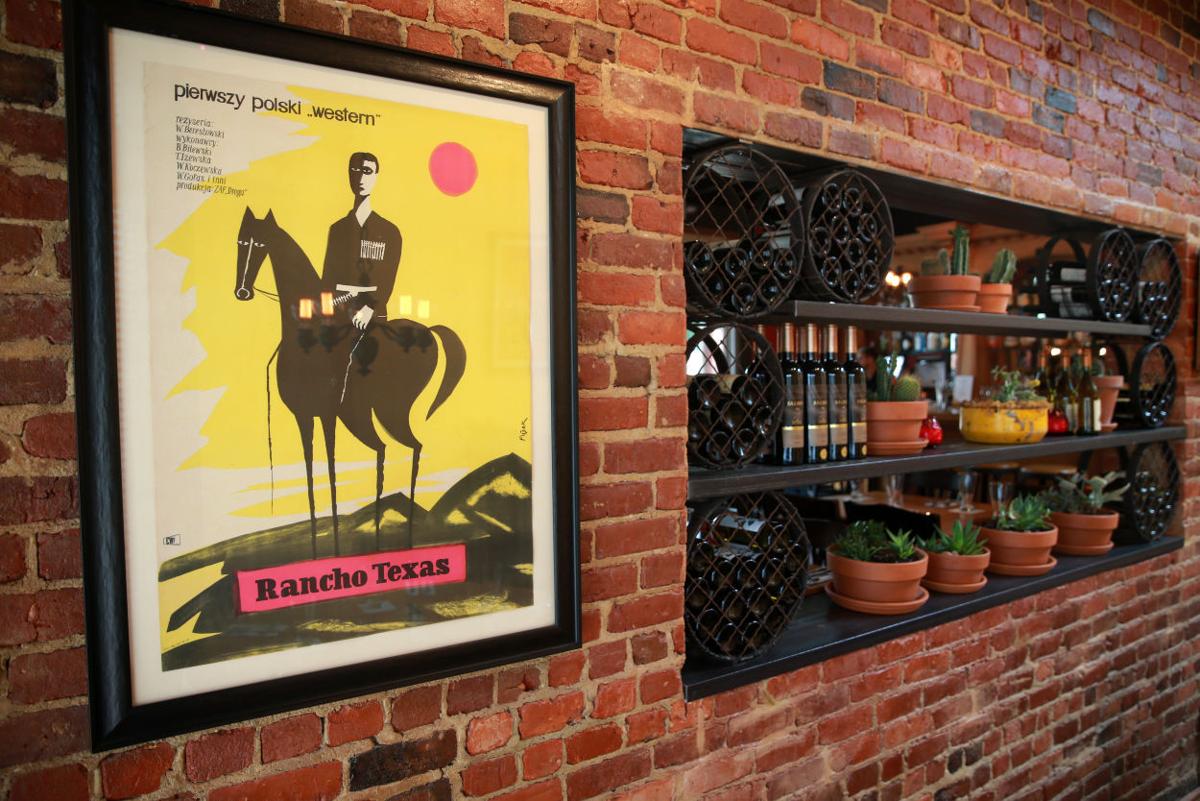 One of posters is placed next to cactus and succulent plants at Rancho T. 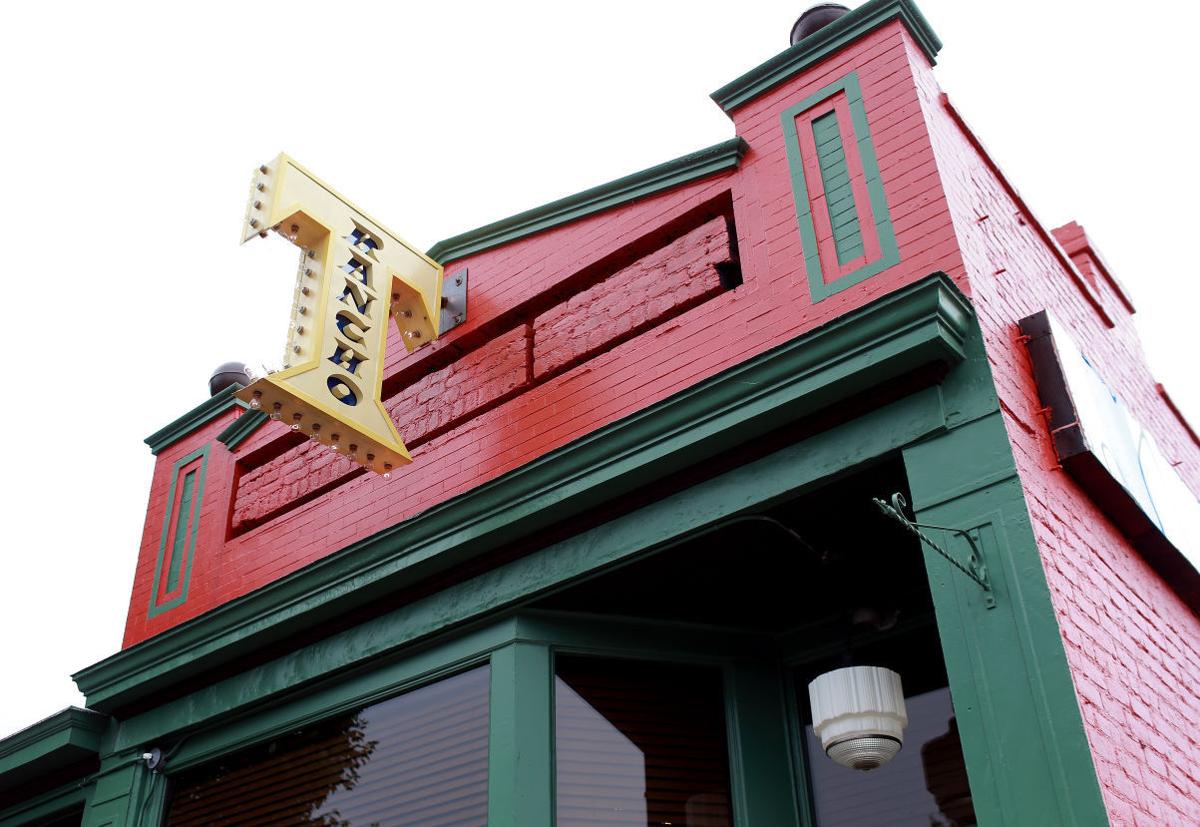 Dining out review of Rancho T restaurant at 1 N. Morris Street in Richmond.

Fresh catch of the day Rockfish

Drink offerings at the wraparound bar include pisco, cachaca and rum, plus sangriacognac cocktails.

The welcoming interior of Rancho T, punctuated with Southwestern décor.

One of posters is placed next to cactus and succulent plants at Rancho T.

Dining out review of Rancho T restaurant at 1 N. Morris Street in Richmond.

Opened in April with Jefferson Hotel alum Aaron Cross at the kitchen’s helm, the new Latin American restaurant in the Fan proves original, delicious and has a fun atmosphere to boot.

The cheery red-and-green restaurant is welcoming. And it has a small lot with more than a dozen off-street parking spots — a plus, considering its bustling Fan locale.

Pop in for an affordable lunch, meet up with friends for a casual after-work drink, or have a well-priced sit-down dinner. We opted for dinner on a Wednesday evening around 7.

Inside, exposed brick and warm red walls are punctuated with Southwestern décor — succulents and blooming cactus planters, along with steer horns and graphic posters.

Behind the wooden wraparound bar at the front of the restaurant, bartenders shake up drinks spiked with tropical-tasting pisco, cachaca and rum, and make punchy sangria-cognac cocktails ($7).

The menu is broken up by dishes served all day (appetizers, stews and sandwiches), along with lunch and dinner plates — sweet corn tamales and entreés such as hearty Angus steak ($15) and clams served in white wine and sofrito broth ($12).

Off the all-day menu, the escabeche ($6), a salad of roasted seasonal veggies, is marinated in a citrusy sherry vinaigrette and served cold. The Latin dish works either as a light appetizer before dinner, or for lunch it pairs nicely with a cup of soup. My favorite is the super-tender pork shoulder green chili ($5) brightened by tomatillo and lime.

A half-dozen wings ($8) come dressed in either a classic buffalo or the daily special sauce. Lightly coated in a mild chipotle lime glaze, the wings were paired with ribs of celery and served with a blue cheese dressing that lacks headiness. The six wings were plump with succulent meat, but overly salted, distracting from the underlying smokiness.

The masa pastry enveloping the three empanadas ($5) was a pleasant surprise, giving the hot pockets a crisp crunch. The savory turnovers were stuffed with poblano peppers, squash, green onions and mild cheese, and served with a lime-infused salsa verde.

Dishes such as the fried bologna sandwich ($9; add $2 with egg) and pork chop ($16) are a nod to New Mexican cuisine with their fried-egg topping. A crisp slab of thick bologna is stacked with lettuce and onion, slathered with creamy Duke’s mayo and nestled in a buttery bun.

The pork chop shows New Mexican influence not just from the fried egg, but also from the smoky red chili sauce lining the plate. Two hunks of pork, fragrant with fresh-off-the-grill char, are topped with two sunny fried eggs that add moisture, and a garnish of cilantro leaves and paper-thin radish slices, but the pork itself was overcooked and a bit too chewy.

A bed of dirty rice is livened up with chickpeas and briny green olive slices; a side of beans, chock-full of ham hunks, repeats the smokiness of the pork and chili sauce.

The daily catch, a thick buttery rockfish fillet ($23), was topped with a chunky pasilla pepper and tomatillo salsa, and served with a foundation of house rice. A side dish of chilled onions, tomatoes and cukes dressed in vibrant vinegar was a perfect pairing for the light fish fillet. A mix of temperatures (hot and cold), flavor (spicy and sour) and textures (velvety and crispy) made the daily catch a heavenly dish.

Try to make room for the chocolate ancho layer cake ($5), a sliver of moist, airy cake with salty caramel sauce and homemade whipped cream. The heat from the ancho chili isn’t upfront; it’s subtle and sneaks up on you after the decadence of the chocolate and cream wear off the palate.

Check out our Top 10 most-read restaurant reviews of the year.

Rancho T restaurant - the much-lauded spot from Tuffy Stone of Q Barbeque and Ed Vasaio of Mama Zu, Edo's, 8 1/2, Dinamo - is closed for the summer.

Arlington pizzeria Pupatella is opening in the former Rancho T in the Fan, with 3 more in the works

Pupatella, an award-winning Neapolitan-style pizza restaurant out of Arlington County, is opening its second location in the country in the Fa…