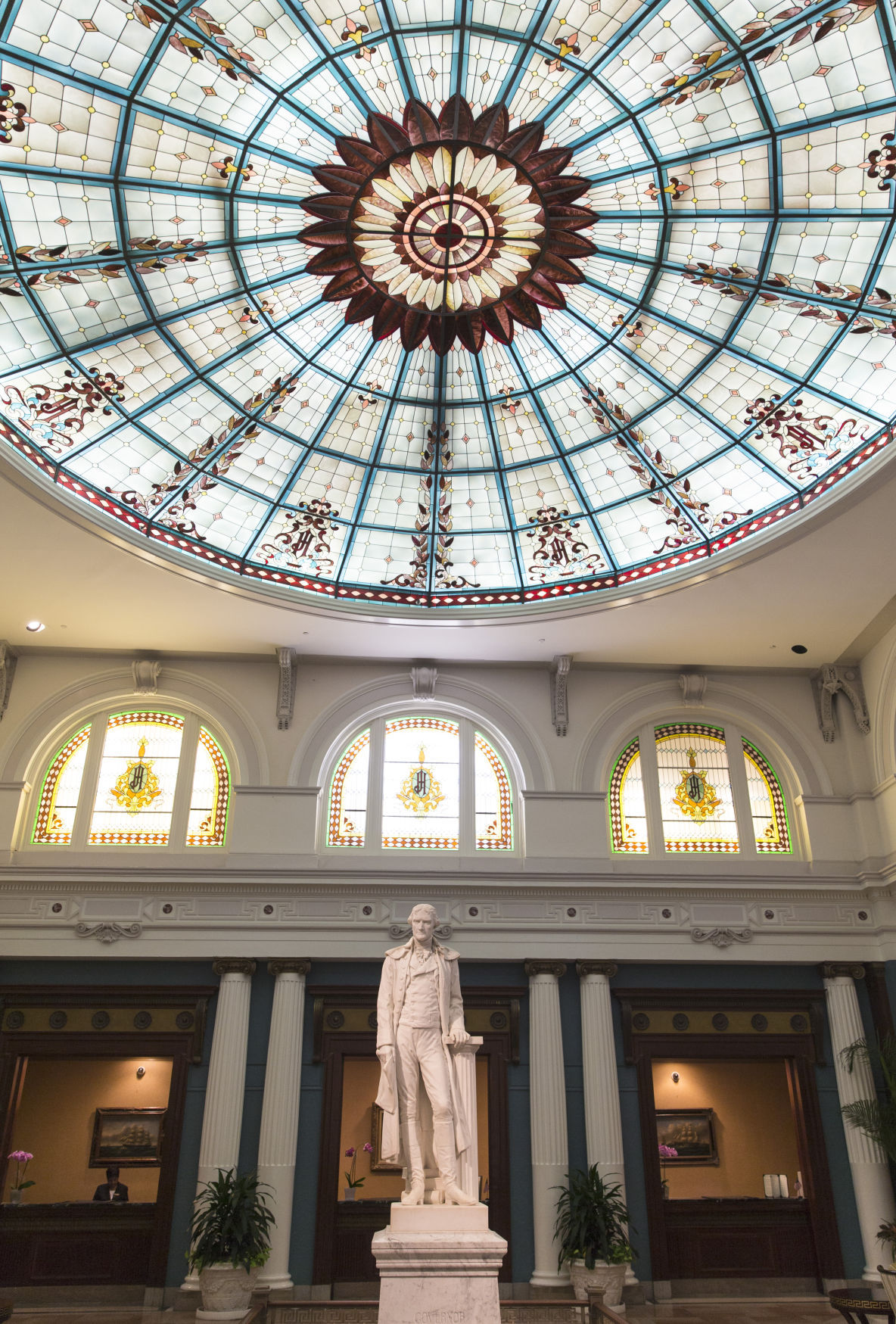 Dining at Lemaire in The Jefferson Hotel blends history and hospitality. 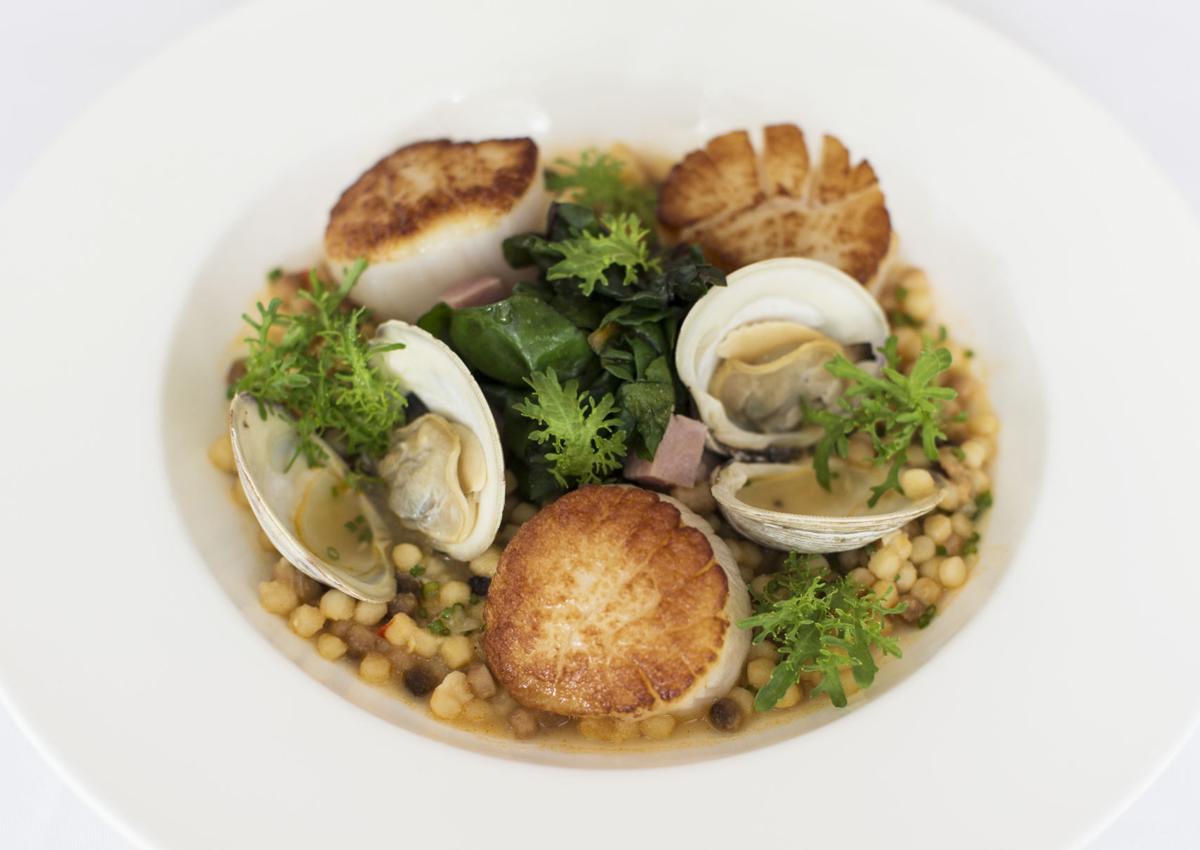 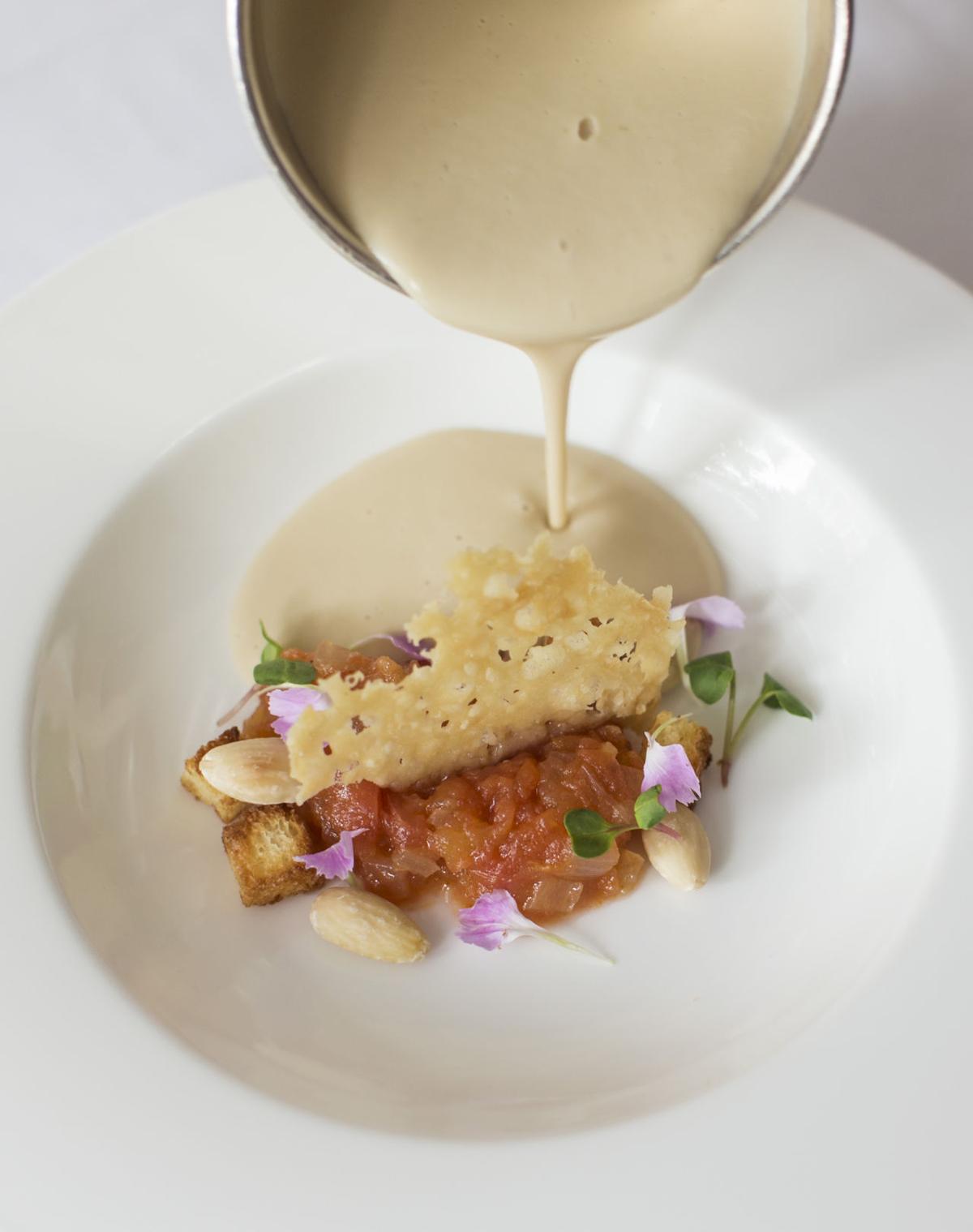 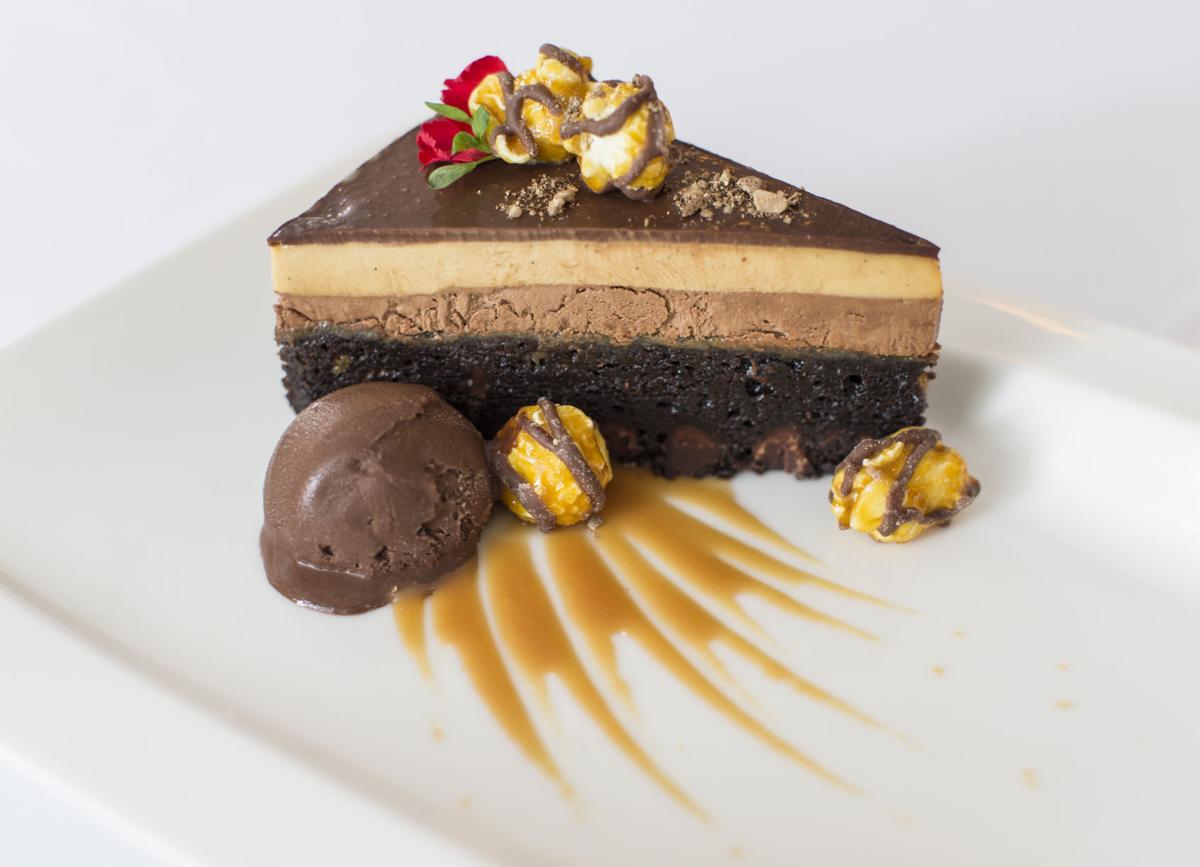 A chocolate caramel brownie built from layers of deliciousness is a fitting end to a grand evening. 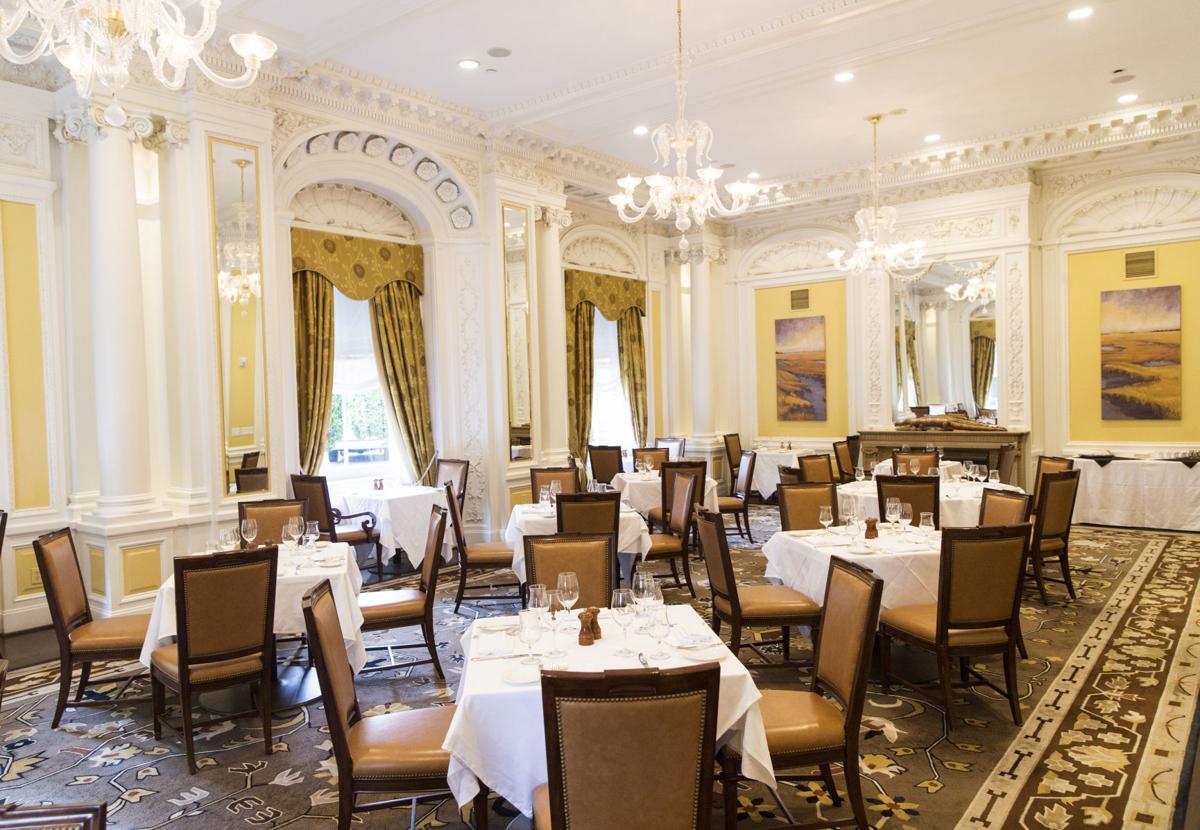 Lemaire restaurant is located at The Jefferson Hotel in Richmond. 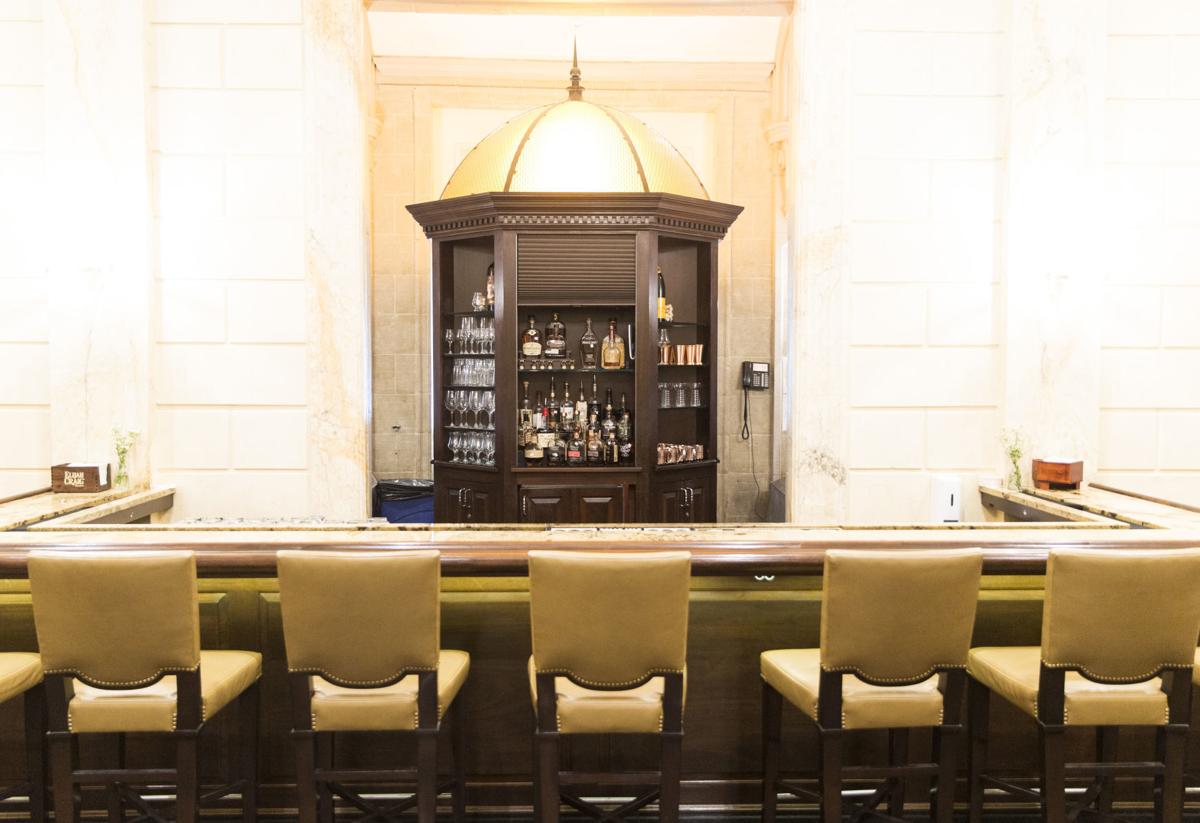 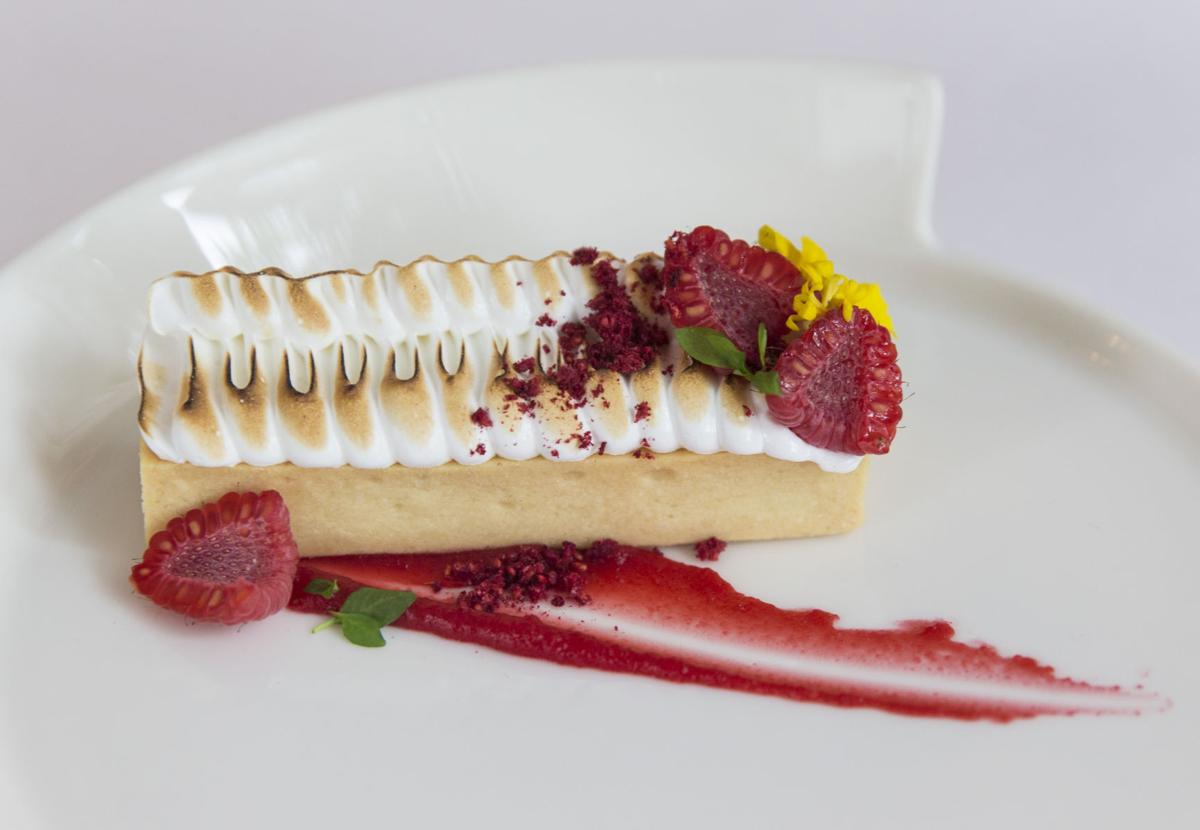 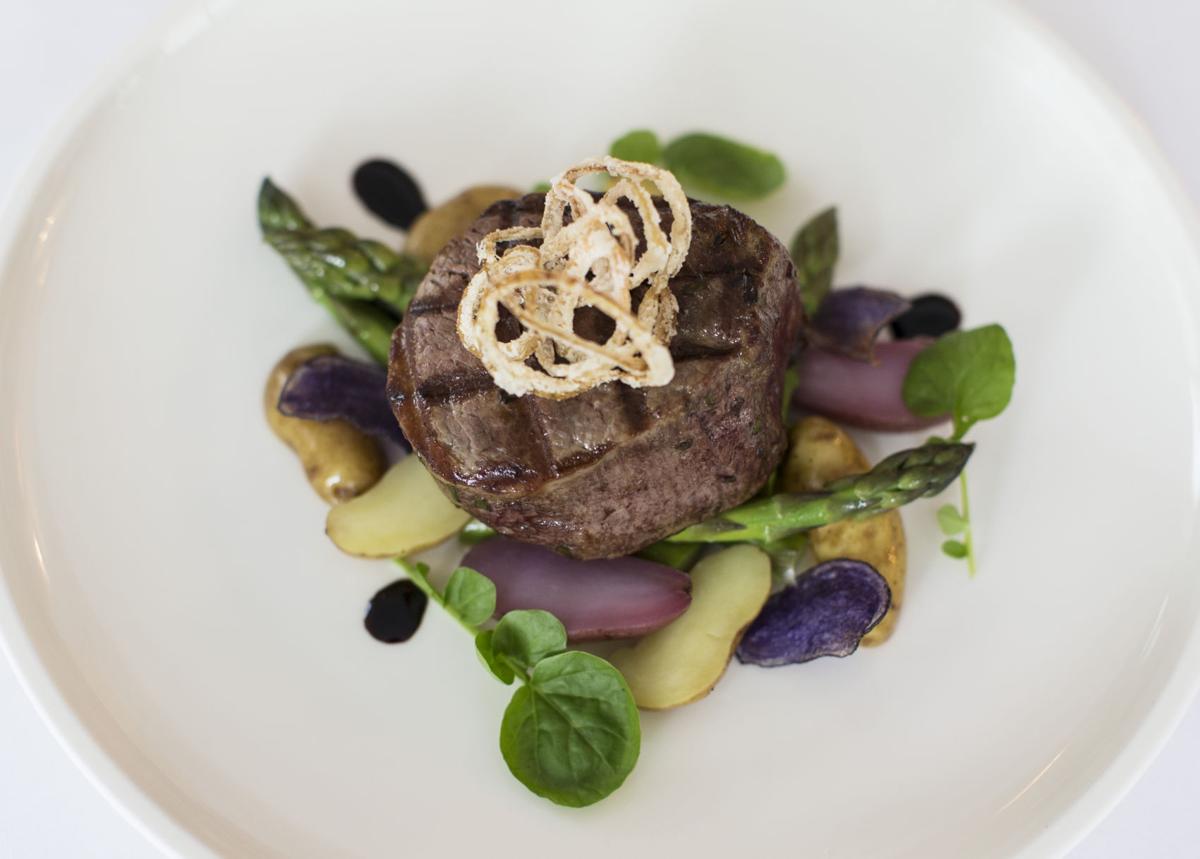 A bit of marbling enhances the flavor and texture of Lemaire’s incredibly tender Angus beef tenderloin. 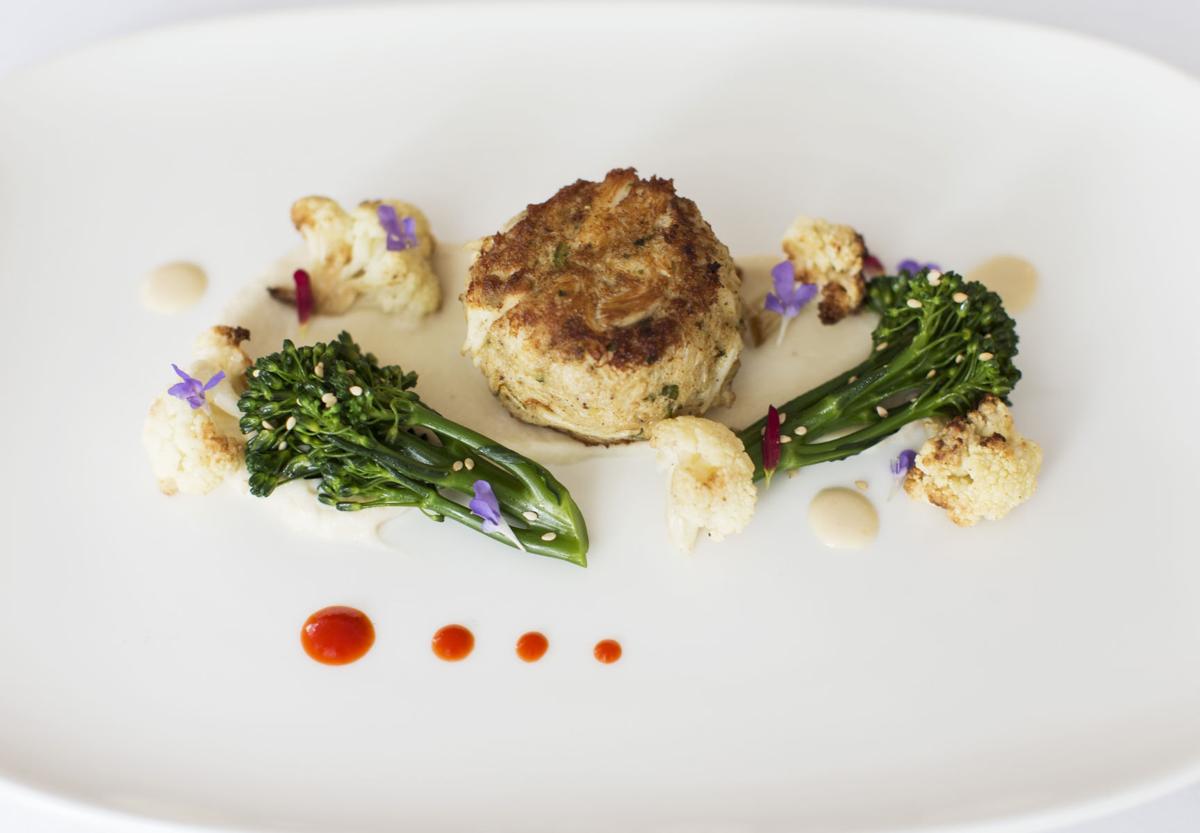 Chesapeake Bay jumbo lump blue crabmeat is bound with a puréed scallop mousse and mayonnaise instead breadcrumbs and eggs in Lemaire’s crabcake appetizer, making it an option for diners with gluten sensitivities.

Dining at Lemaire in The Jefferson Hotel blends history and hospitality.

A chocolate caramel brownie built from layers of deliciousness is a fitting end to a grand evening.

Lemaire restaurant is located at The Jefferson Hotel in Richmond.

A bit of marbling enhances the flavor and texture of Lemaire’s incredibly tender Angus beef tenderloin.

Chesapeake Bay jumbo lump blue crabmeat is bound with a puréed scallop mousse and mayonnaise instead breadcrumbs and eggs in Lemaire’s crabcake appetizer, making it an option for diners with gluten sensitivities.

Editor’s note: This is one in a series of re-reviews of restaurants reviewed by The Times-Dispatch’s previous restaurant critic.

When you dine at Lemaire, an iconic Richmond restaurant, you’re in for more than an excellent meal. You’re in for an experience created by a fusion of history and hospitality, service and setting, sense of tradition and sense of occasion.

An essential part of the experience of dining at Lemaire is the grand, old hotel in which it’s housed. The Jefferson Hotel, a storied part of Richmond history since businessman and philanthropist Lewis Ginter constructed it in 1895, is the ideal setting for the easy elegance of the restaurant.

On a recent night, I arrived with a guest at the hotel’s Main Street entrance, walked through its sumptuous first-floor rotunda and climbed the famous marble staircase leading to the restaurant on the second floor. A hostess greeted us warmly and led us to the spacious dining room with its high ceilings, dramatic crown molding, hand-blown crystal chandeliers and pressed white napkins.

We started with the crabcake appetizer ($15) made from Chesapeake Bay jumbo lump blue crabmeat. It’s an option for gluten-free diners because the kitchen inventively uses a puréed scallop mousse and Duke’s Mayonnaise to bind the cake rather than breadcrumbs and eggs.

The cake had the fresh taste of crab and a crisp sear on the outside that gave a pleasant contrast to the creamy texture inside. The cauliflower on the side — tossed in brown butter and then oven-roasted — was more flavorful than cauliflower has any right to be. It was joined by broccolini, a spring onion cream, a purée of mild piquillo peppers for a shot of red on the plate, and a sprinkling of heirloom benne seeds.

In a special touch, one of the restaurant’s managers arrived to serve the white almond-garlic soup ($12). She poured the soup from a sterling silver tureen into a bowl containing shaved white almonds, tomato marmalade, a Parmesan crisp, rosemary-infused olive oil and croutons from Sally Lunn bread, a historic bread dating to the 1700s. The body of the soup was smooth and velvety, made from a purée of toasted almonds, roasted garlic, onions, vegetable stock, cream and sherry vinegar, and then thickened with brioche. The flavor of the soup, which was understated, was brightened especially by the sweet-savory contribution of the marmalade.

A true seafood lover’s meal, the cast iron-seared scallops entrée ($30) incorporated scallops, Eastern Shore clams on the half shell and a shellfish broth that permeated the dish. The three wild-caught jumbo scallops sourced from Sam Rust Seafood Inc. in Hampton were indeed as advertised on the menu. Lemaire’s chef, Patrick Willis, swears by them for their firmness and sweetness, and I second the opinion; they’re truly the best scallops I’ve had in town recently. The scallops sat on a bed of fregola sarda, a toasted semolina pasta similar to couscous, floating in a delicate shellfish broth with salty chunks of Kite’s country ham.

The Angus beef tenderloin ($30) was cooked medium-rare as ordered. The cut, which was incredibly tender, had a bit of marbling for a buttery texture. Confit potatoes (fingerling potatoes roasted in duck fat), asparagus, crispy-fried shallots and peppery raw watercress rounded out the dish. It was finished with a sweet-and-sharp demi-glace made with sweet port wine and Dijon mustard.

When it was time for dessert, we went with a tart choice and a sweet one. The tart choice — a decadently rich and creamy Meyer lemon tart ($7) — is made with a filling of freshly juiced Meyer lemons, sugar, butter and eggs. The mixture fills a delicate tart and is topped with meringue that’s been torched with a flame for a little added color and flavor.

The perfect complement to the sweet acidity of the Meyer lemon dessert? Rich chocolate in the form of a chocolate caramel brownie ($7). It’s a layered dessert with lots of pieces (all of them delicious), including a brownie, dark chocolate caramel mousse, caramel cream and a thin layer of chocolate ganache on top. A house-made chocolate sorbet and caramel corn came on the side.

Executive chef Willis, who’s headed the kitchen since 2016, trained under longtime Lemaire executive chef Walter Bundy until Bundy left to start his own Richmond restaurant, Shagbark. Since then, Willis has continued Lemaire’s history of featuring regional cuisine while also developing recipes and plate presentations of his own.

At Lemaire, the service — informed, unhurried and personable — is as good as the food. A total of four restaurant employees visited our table during the meal, each adding his or her own imprint to the evening.

There was our server, who was charming and attentive. A second server who delivered entrées to the table with a flourish. The manager who handled the tableside soup service. And another manager, who briefly stopped by our table not once but twice during the evening. Then he gallantly went out into the night to check on a fledgling bird that had spent an hour fluttering unsteadily outside the window next to our table. (Huddled with our server, we Googled the situation on an iPhone: Experts say that the fledgling’s parents were likely watching nearby and that we should let the family be; no heroics required.) Crisis averted, we said our goodbyes and descended the staircase that brought us to our grand evening two hours earlier.

Whether you’re a first-time guest or a returning one, be sure to put Lemaire on your list of restaurants to visit soon. Order a cocktail, open the menu and prepare to have a grand evening of your own.

Ideal for: an elegant splurge with a sense of occasion

Vibe: a genteel trip back in time

Best seat in the house: by a window, where you can enjoy the experience inside while watching life go by outside

Parking: yes; valet parking at entrance at Franklin and Adams streets and self-service parking lot at Adams and Main streets

Outdoor seating: yes, on an outdoor patio in warm weather