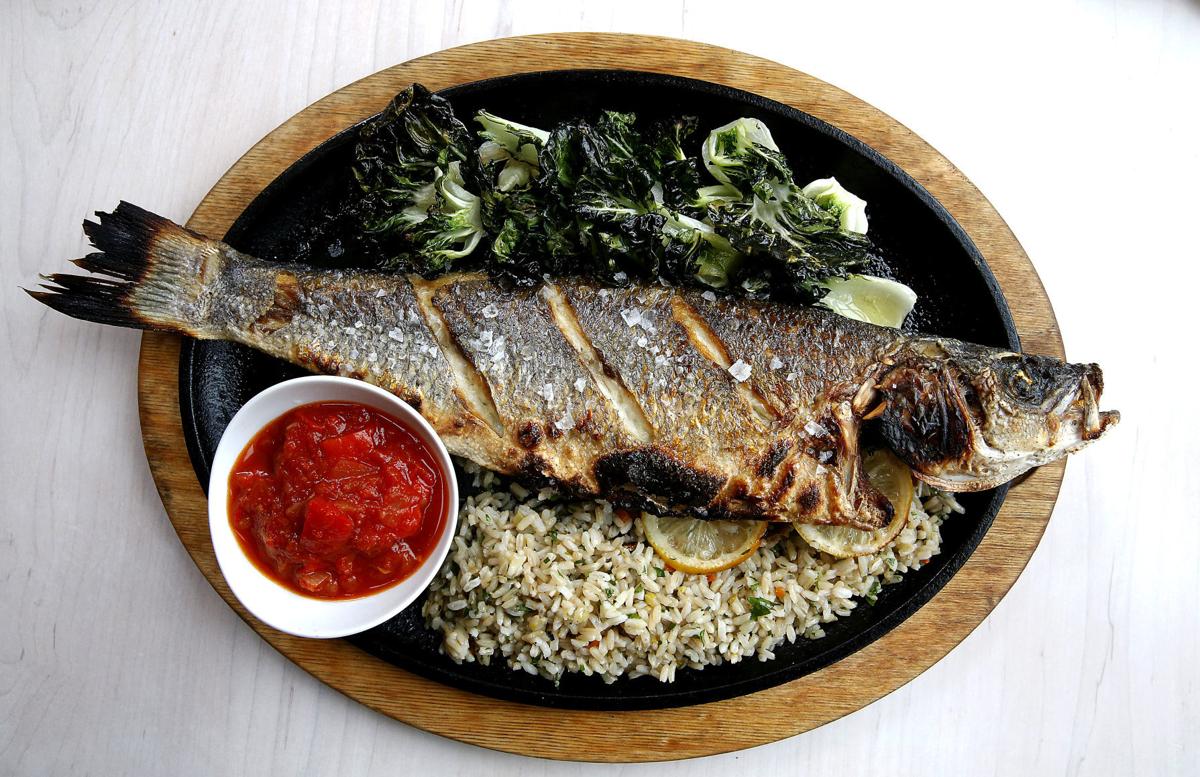 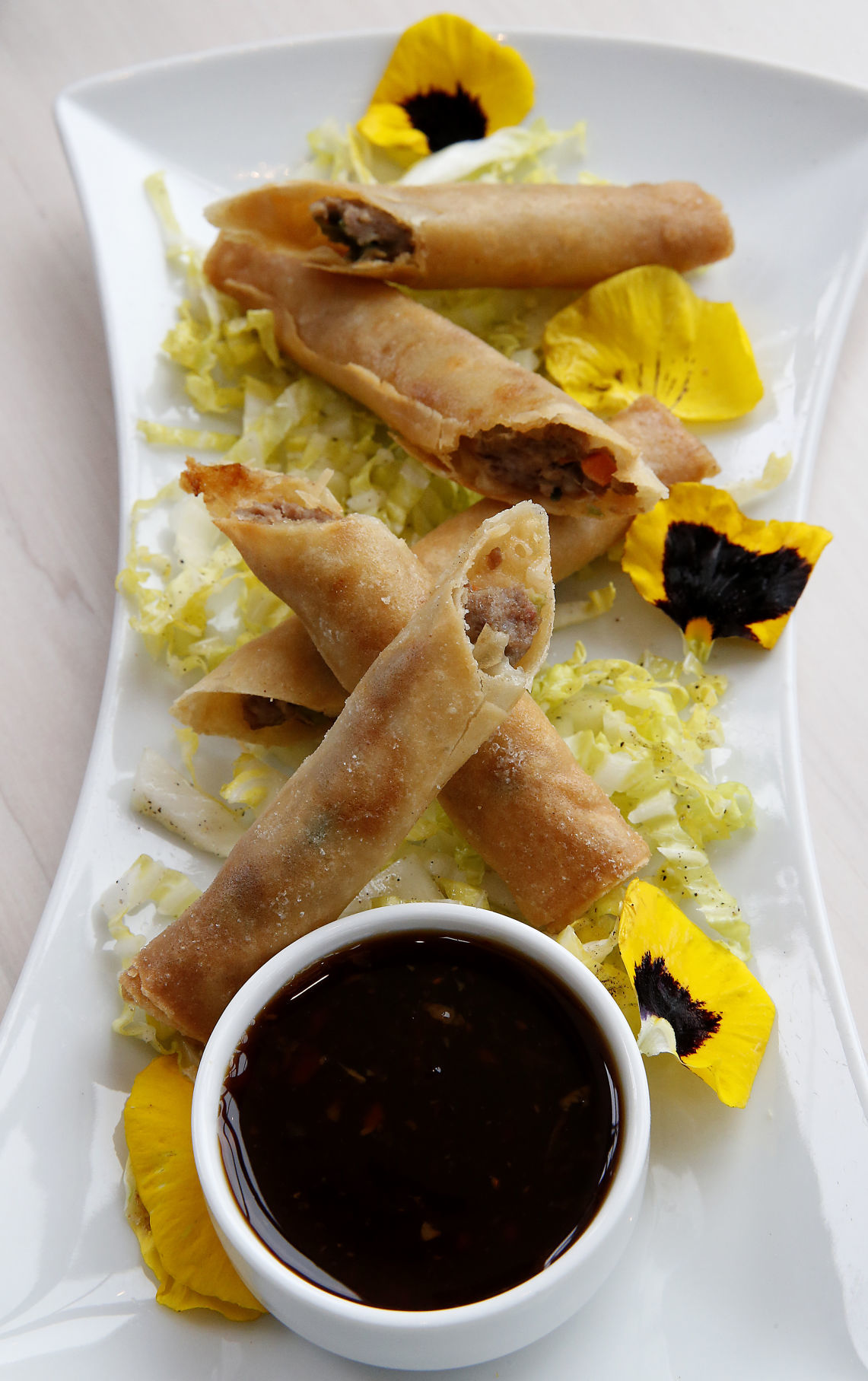 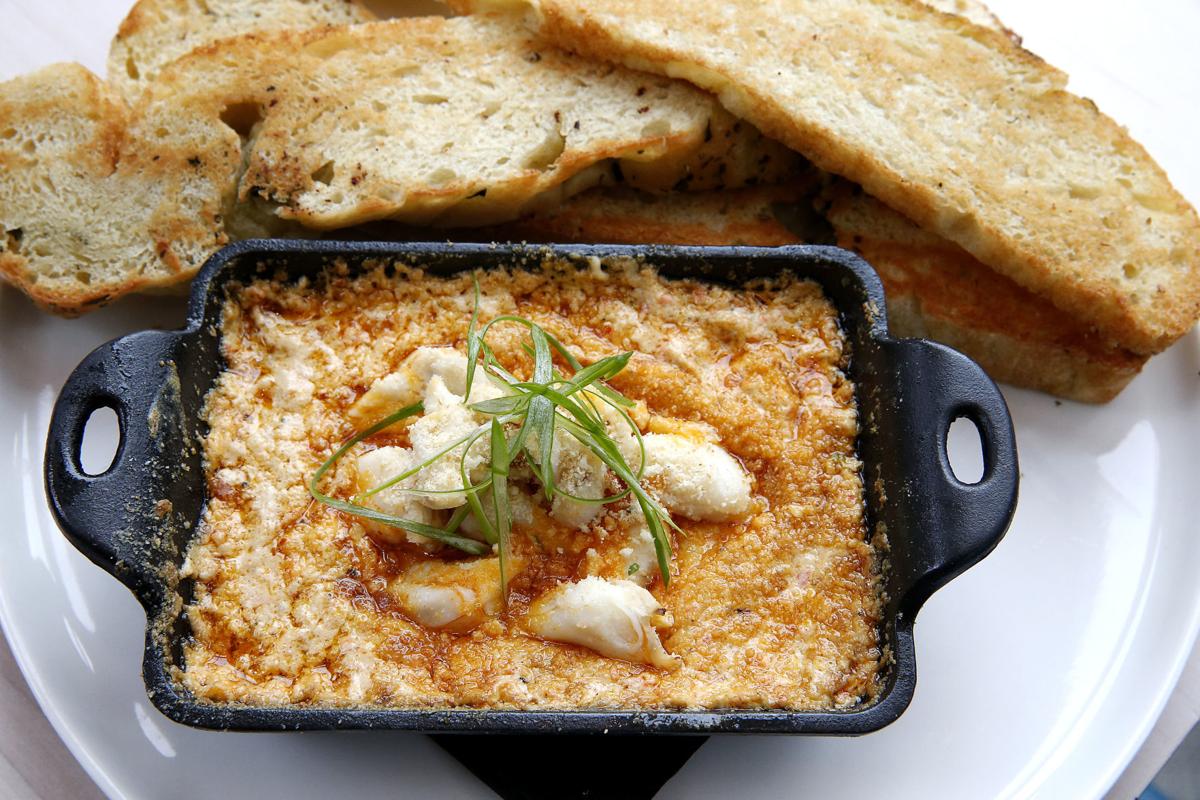 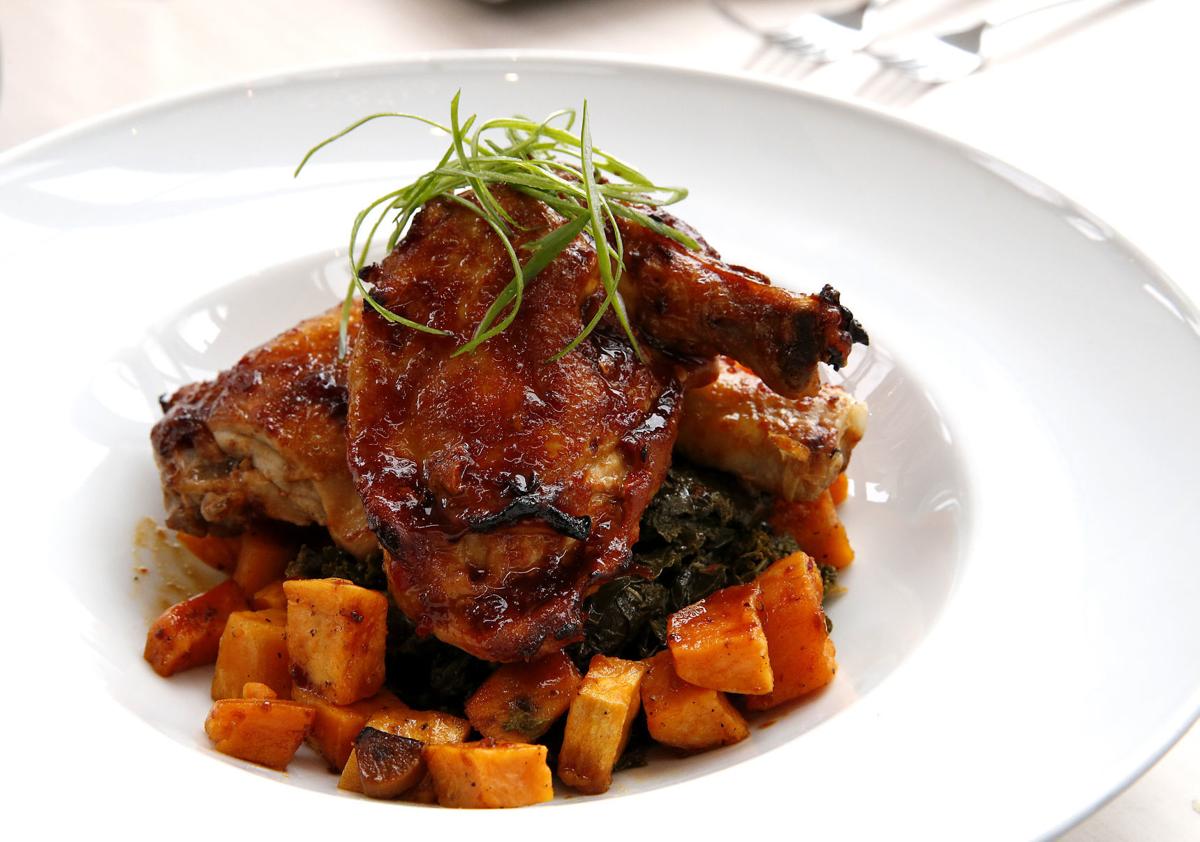 Huli-Huli Chicken at Perch on Broad St. in Richmond VA. 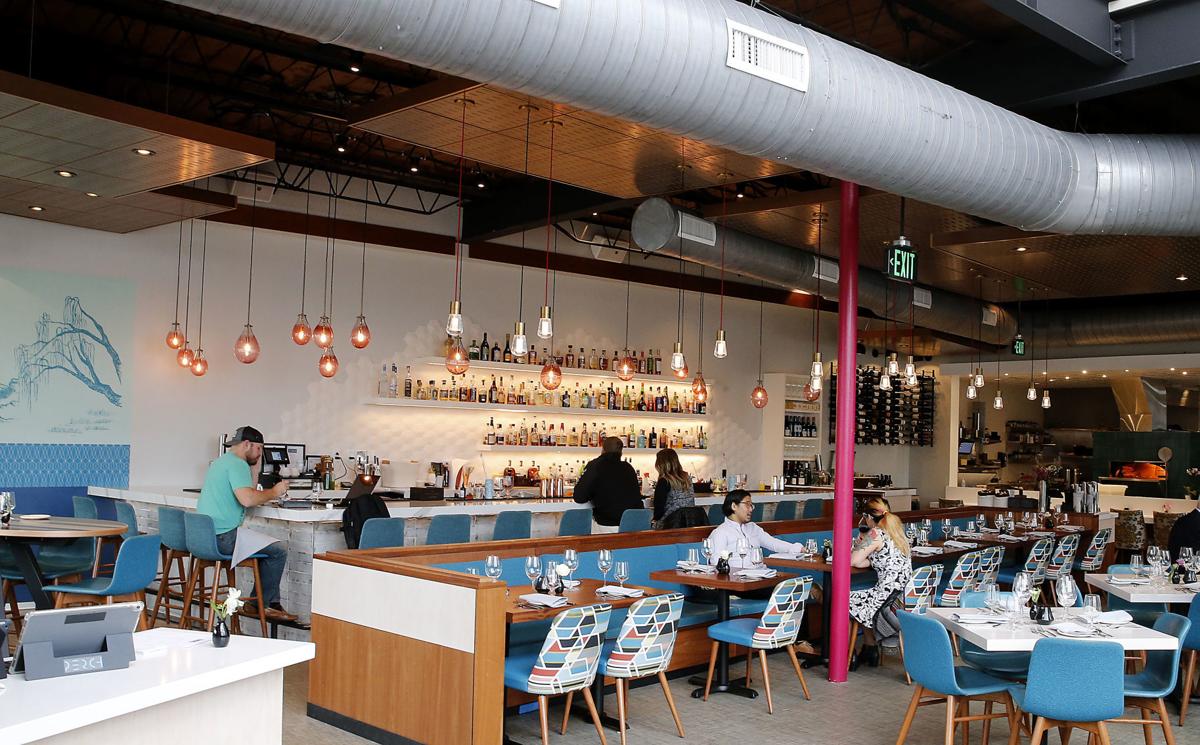 Perch, chef Mike Ledesma’s first solo endeavor, is a breezy and industrial space with pops of turquoise that recall the water of his Filipino heritage and his time in Hawaii and Maryland. 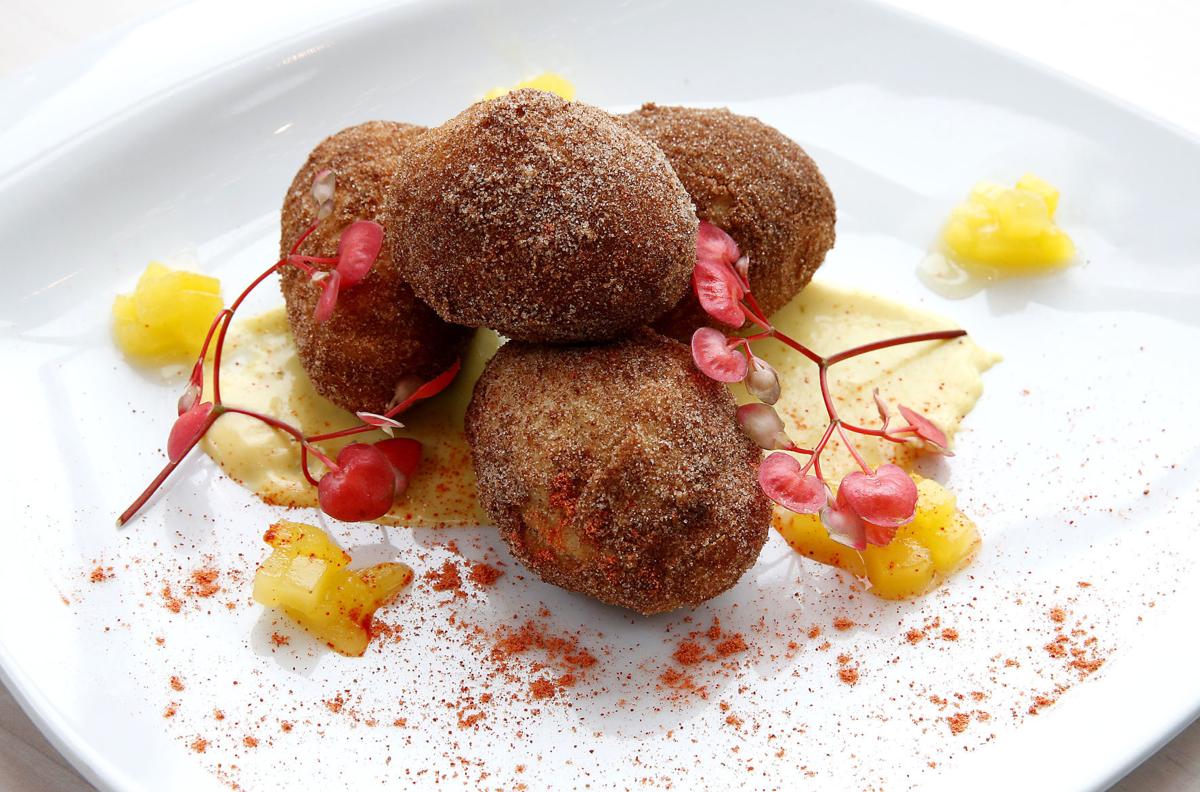 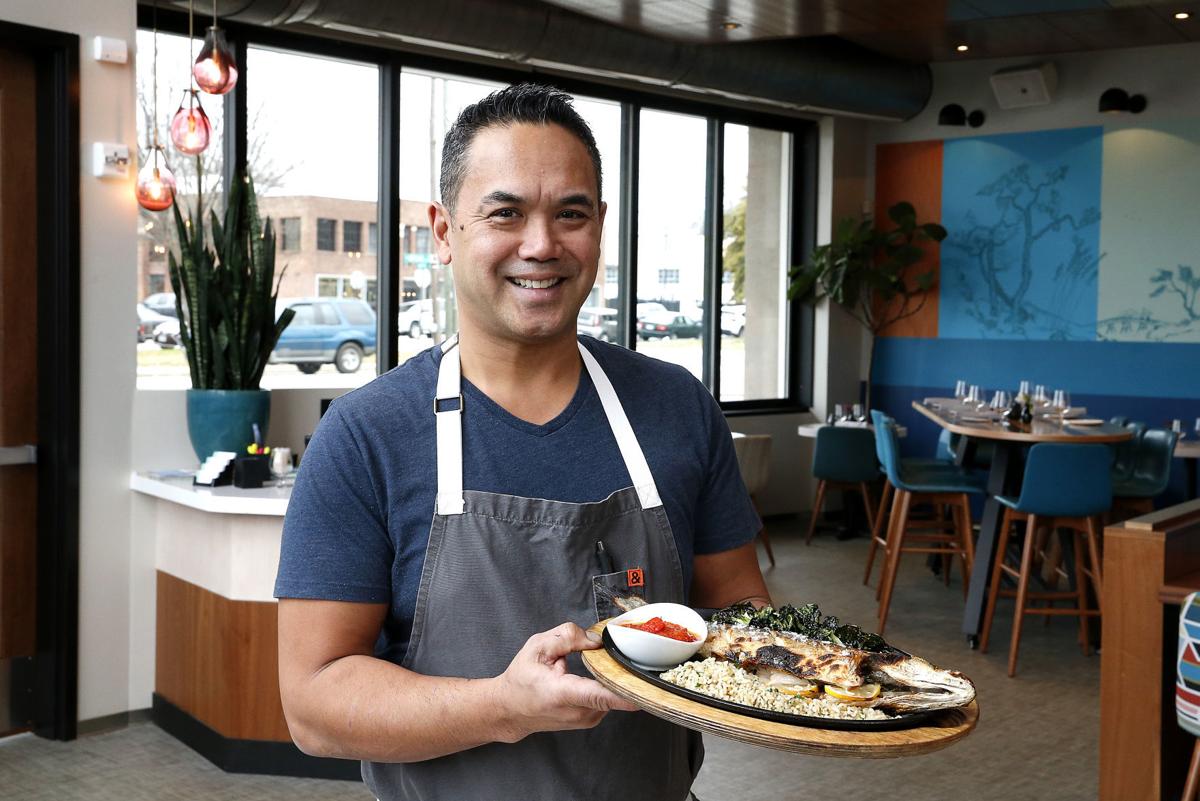 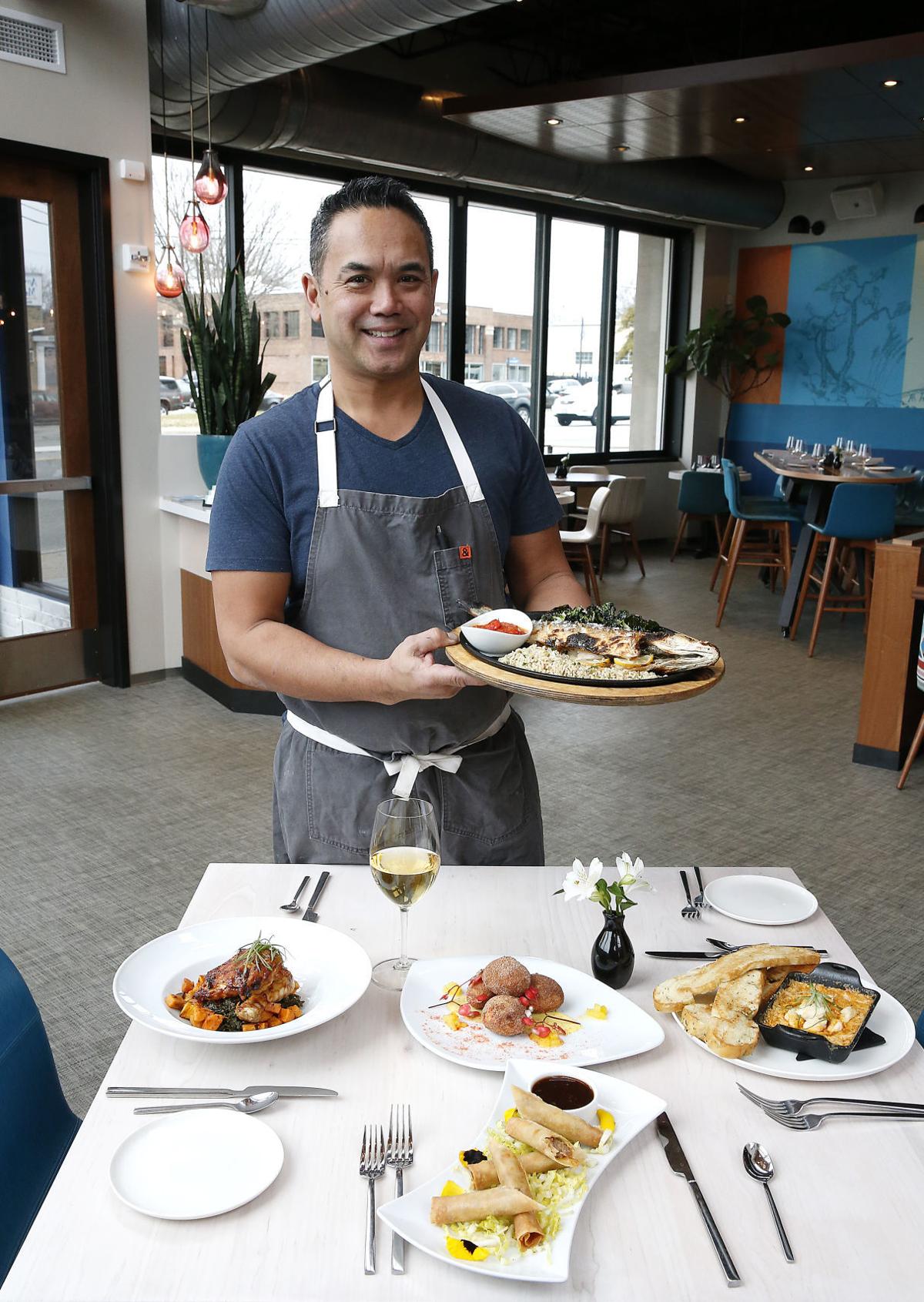 Huli-Huli Chicken at Perch on Broad St. in Richmond VA.

Perch, chef Mike Ledesma’s first solo endeavor, is a breezy and industrial space with pops of turquoise that recall the water of his Filipino heritage and his time in Hawaii and Maryland.

“What good is the warmth of summer,” wrote John Steinbeck, “without the cold of winter to give it sweetness.”

I understand the sentiment and wholeheartedly agree. But winter was positively in overdrive on the frigid January night of my first visit to Perch restaurant. Turns out, the tropical vibe of the place, which opened in September, was just what the doctor ordered.

Perch is the first solo endeavor for well-known Richmond chef Mike Ledesma, who’s pulled cooking duty at restaurants including The Hard Shell, Patina and Max’s on Broad. In the Scott’s Addition space where Joy Garden served up Chinese food for about 50 years, Ledesma has created a mood and menu that pay homage to both Pacific-inspired flavors and Southern comfort food.

First up: Pimento Crab Dip ($15), a hot version of the pimento dip Richmond knows so well. It was buttery, bubbly comfort food on a night that demanded some.

For the mussels appetizer ($14), soft and sweet bivalves were nestled in a fragrant broth heavy with the tropical flavors of coconut milk and lemongrass, and served with a side of crusty bread.

Ledesma, the son of Filipino parents, based his Seafood-Tamarind Bouillabaisse ($25) on sinigang, a Filipino stew that was part of his childhood. It featured five large shrimp with turnips, potatoes, leeks and carrots in a deeply flavorful clear broth. (In a nice touch, a server delivered a bowl filled with the shrimp and then poured the warm broth over it.)

The Whole Fish on this night was fresh branzino (market price $31). The taste of the sweet white meat was punctuated with the charred flavor of crispy skin seared in a cast-iron skillet. The sautéed bok choy that came with it was tasty, but the rice pilaf was curiously dry and bland.

The night ended with Tres Leches Bread Pudding ($9), which was sweet and rich, made with heavy cream, condensed milk and coconut milk.

On a second visit, Autumn Olive Pork Lumpia (four for $9) arrived warm and crispy, with fried dough wrappers stuffed with a pork-and-vegetable mixture that was nicely minimal in seasoning — salt and pepper only — and served with a sweet chili dip.

Huli-Huli Chicken ($21), a classic Hawaiian street food, was moist and tender in its sweet soy-based sauce. It was served with braised greens and roasted sweet potato.

In the Malasadas ($9), a traditional Hawaiian dessert, yeast dough was fried and then coated with scented cinnamon sugar — that heavenly scent wafted up from the plate as the dessert slid in place — and accompanied by mango and pineapple.

When it comes to libations, Perch has a full bar (and it’s beautiful) of cocktails based on the classics and incorporating the flavors of the Pacific Rim. The wine list features offerings from around the world and emphasizes small growers; the beer list features tap, canned and bottled beers with a focus on local craft producers.

The space is impressive: breezy and industrial at the same time with high ceilings, lots of windows and funky lighting. Shots of turquoise throughout reflect the water of Ledesma’s Filipino heritage and his years spent cooking in both Hawaii and Maryland. Near the bar, a reproduction of a mural from Joy Garden nods to the building’s previous life.

The service at Perch was informed and confident, and the hostess was fabulously accommodating. When my guest jokingly asked if there was a space heater available on that first cold night — we were seated by a large window — she brought one to our table. When that one stopped working, she brought another.

And if the vibe inside Perch weren’t cool enough on its own, there’s the building’s east-facing exterior wall, covered in a mural filled with quotes by people in need who’ve been helped through the new nonprofit The Giving Wall. Ledesma said the opportunity to donate his wall to the project landed in his lap, and donate it he did.

Perch has been an eagerly awaited newcomer to white-hot Scott’s Addition since Ledesma announced his plans for it in 2017. With Perch’s bold personality and obvious love for food, the anticipation was justified and then some.

Best seat in the house: The space is filled with quirky and interesting seating areas, but the chef’s table for six might just be the best.

Reservations: yes, for one or more