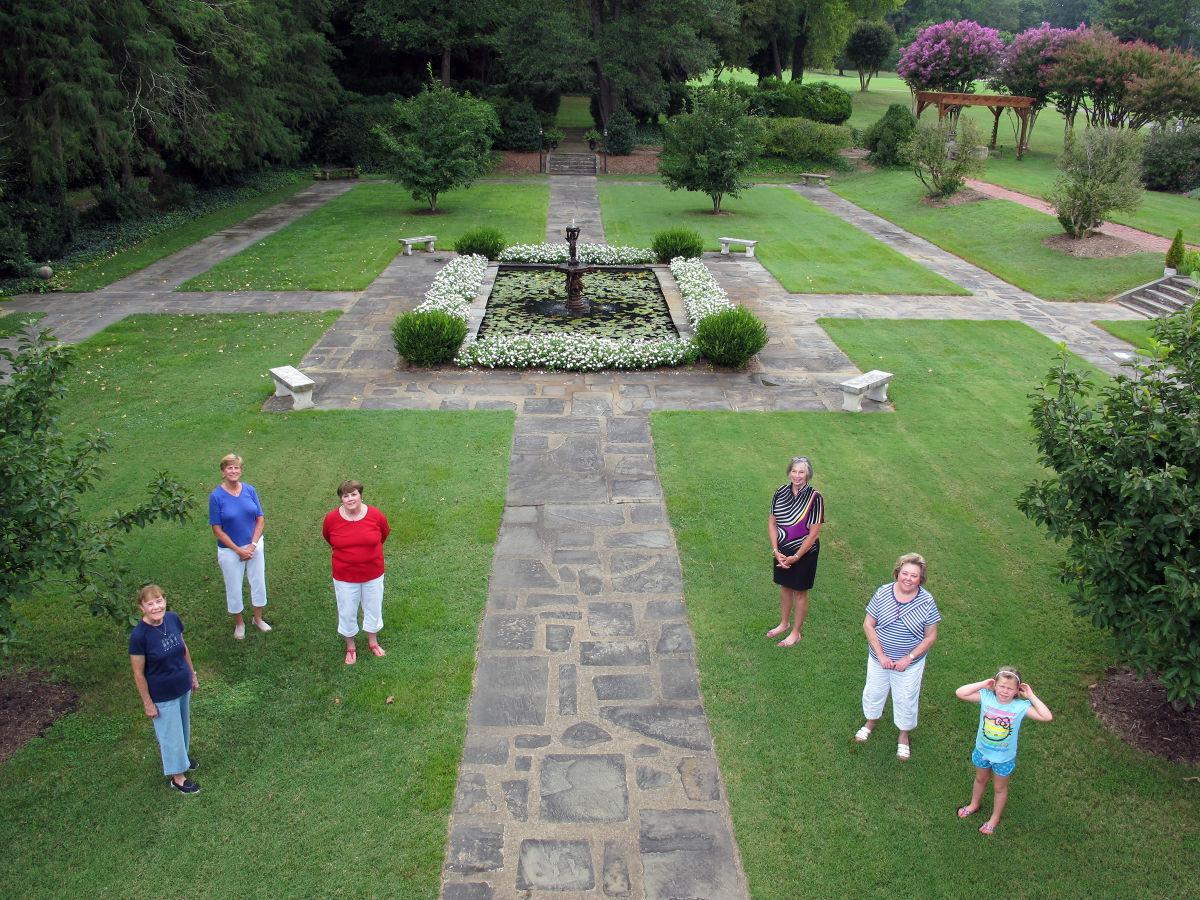 The Women of Meadowbrook County Club was founded in 1965 with the purpose of preserving the Charles F. Gillette-designed garden at the club, which at one time was a sprawling estate in Chesterfield County. The woman’s club, which will celebrate its 50th anniversary in September, took over management of the garden and its restoration in 2010. Members of the club include (clockwise from bottom left) Nancy Kiger, JoAnn Marshall, Cheryl Duffy, Diane Murdock-Thorp and Sarah Tatum, along with granddaughter Tori Tatum. 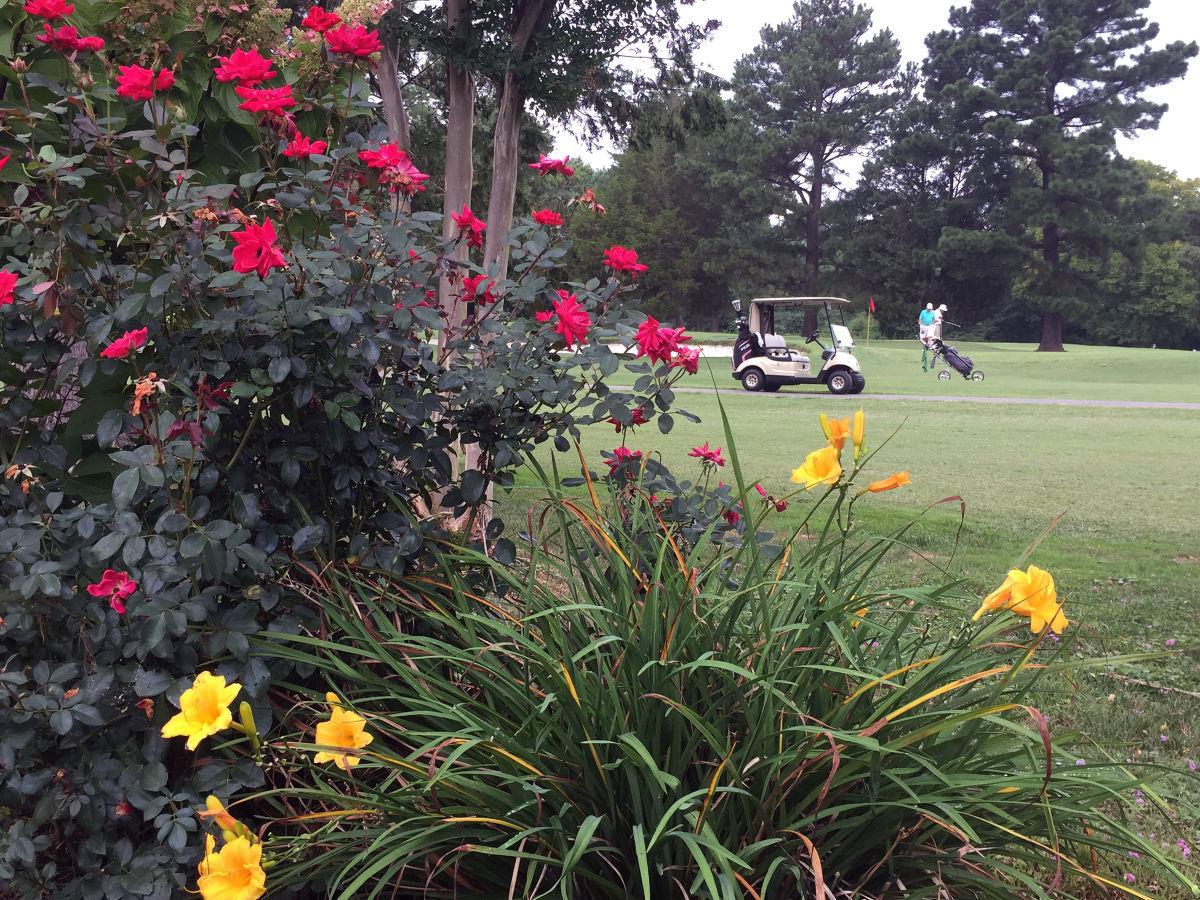 The Charles F. Gillette-designed garden at Meadowbrook Country Club is adjacent to the 18th green of the club’s golf course. 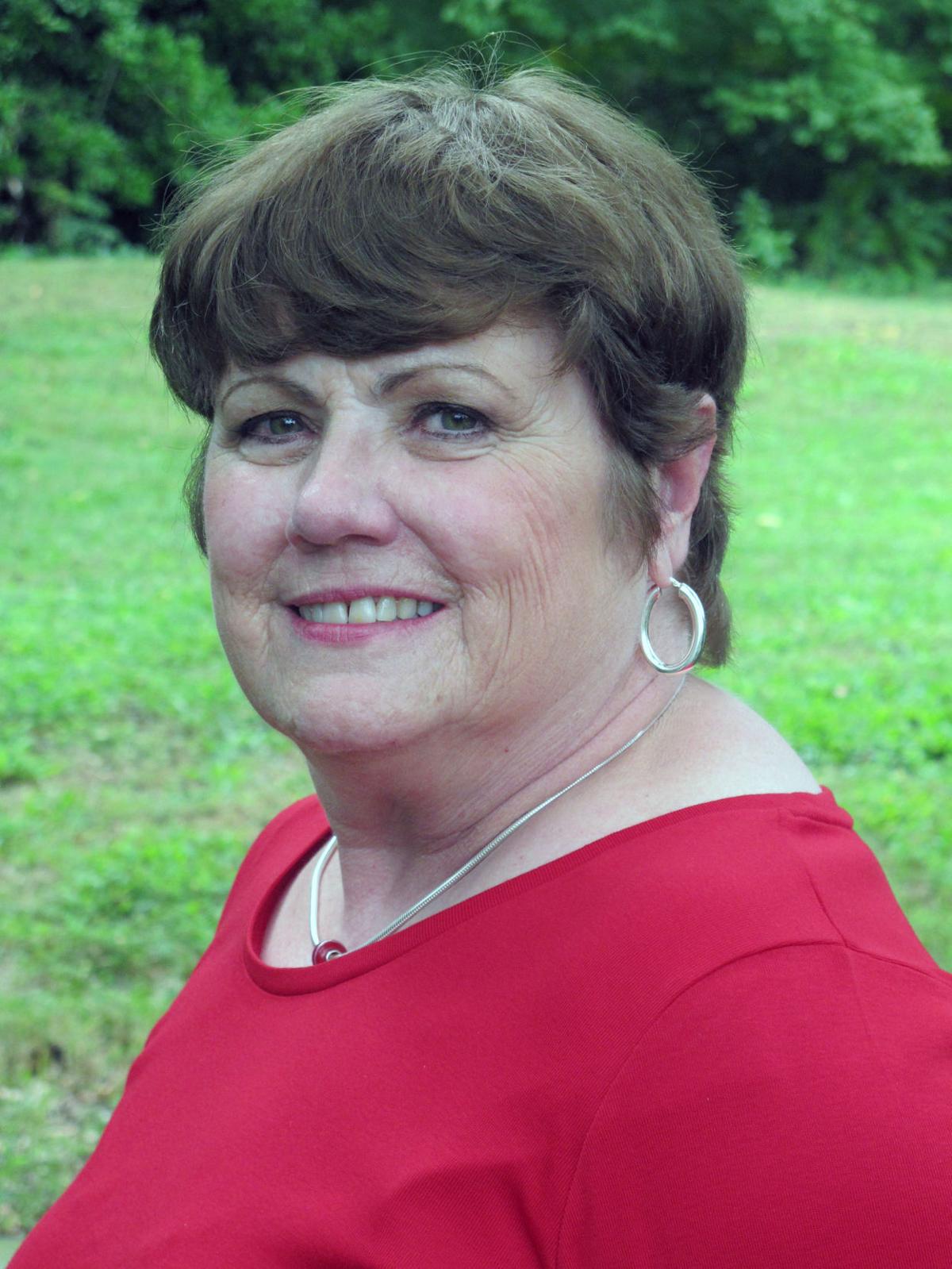 Cheryl Duffy is a member of the Women of Meadowbrook Country Club. 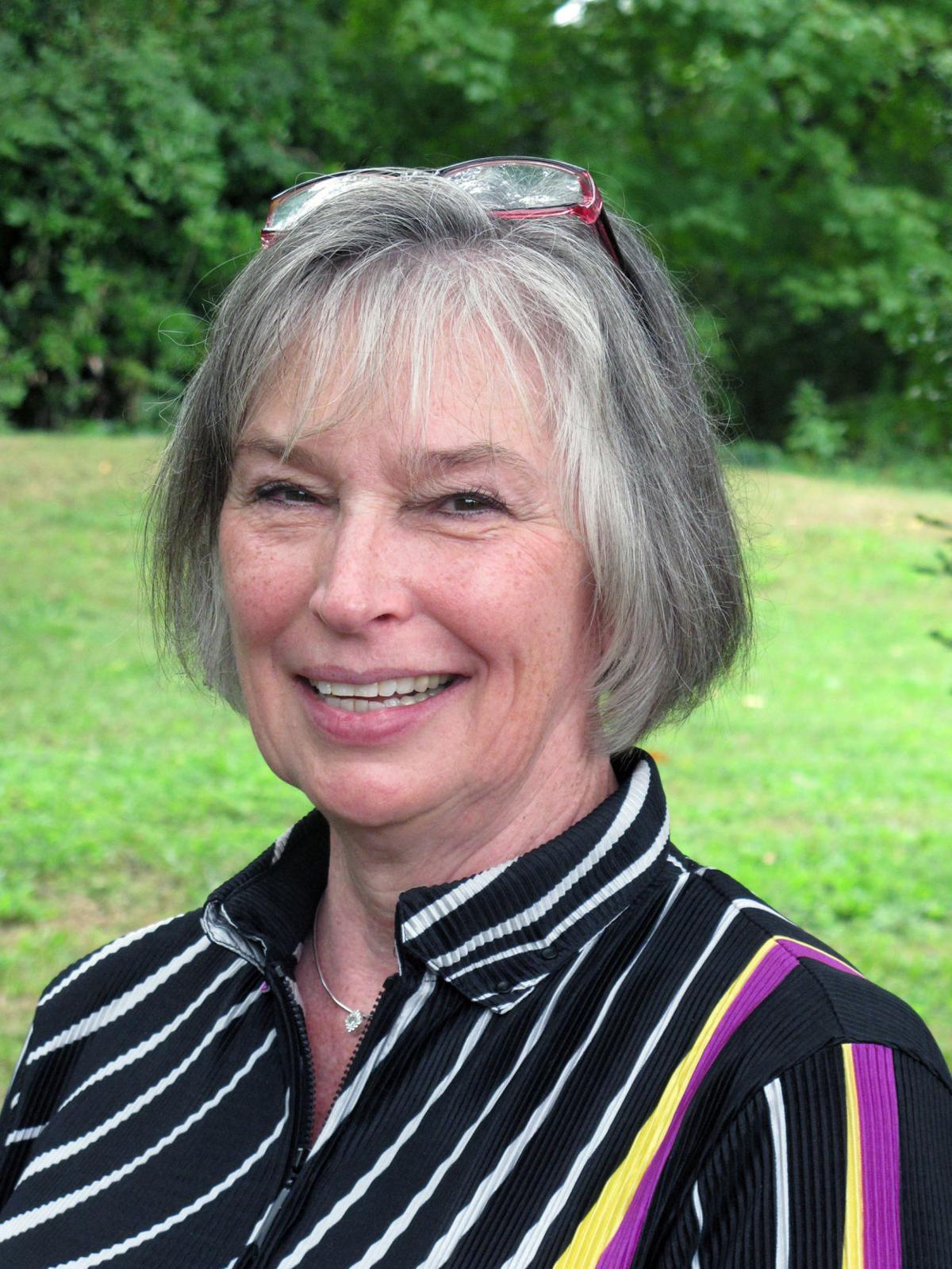 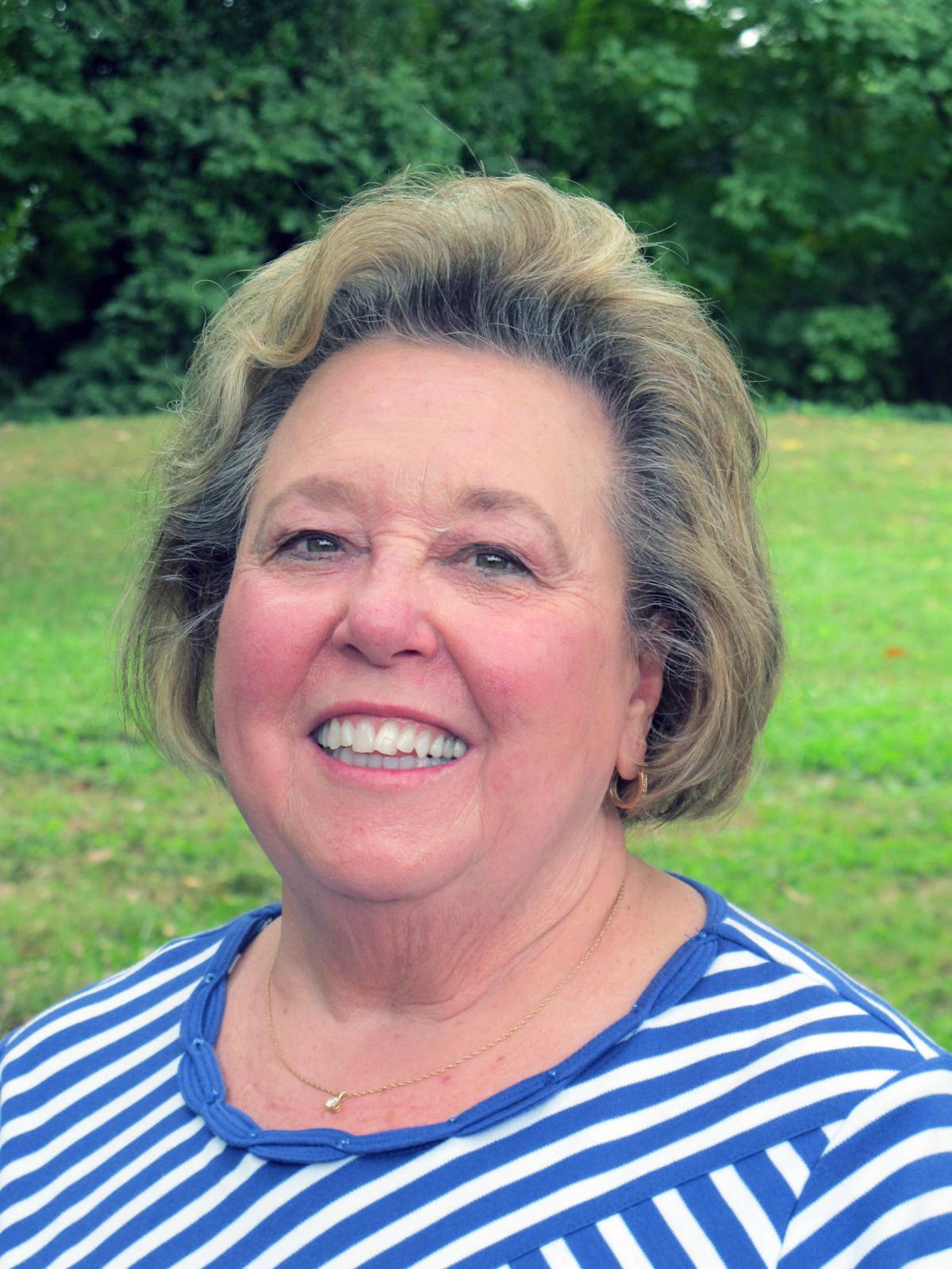 The Women of Meadowbrook County Club was founded in 1965 with the purpose of preserving the Charles F. Gillette-designed garden at the club, which at one time was a sprawling estate in Chesterfield County. The woman’s club, which will celebrate its 50th anniversary in September, took over management of the garden and its restoration in 2010. Members of the club include (clockwise from bottom left) Nancy Kiger, JoAnn Marshall, Cheryl Duffy, Diane Murdock-Thorp and Sarah Tatum, along with granddaughter Tori Tatum.

The Charles F. Gillette-designed garden at Meadowbrook Country Club is adjacent to the 18th green of the club’s golf course.

Fifty years ago, a group of women at Meadowbrook Country Club came to the rescue of the club’s historic gardens, which had fallen into poor condition.

Over time, the group morphed into a full-fledged woman’s club — the Women of Meadowbrook Country Club — that took on all sorts of other community projects. The gardens, though, have always remained a focus.

Now, as it is about to celebrate its half-century anniversary in September, the club is in the middle of a new phase of garden work. By 2010, the formal gardens — which were designed in part by renowned landscape architect Charles F. Gillette — had fallen away again, and the club stepped up its involvement by forming a nonprofit organization to oversee their management and restoration.

Club members dig in the dirt and, with help from students from the Chesterfield Technical Center, among others, clear brush and invasive plants such as a hearty crop of bamboo. “We’re still looking for the guy whose idea that was,” said Diane Murdock-Thorp, a member of the woman’s club and an active volunteer in the gardens.

Together, they’re working to keep the gardens and their rich history vibrant. Recognition of their pride in the gardens between the clubhouse and the 18th green has spread through the club.

“One night we were sitting there (in the clubhouse) and the men noticed somebody had hit over there (in the garden) and was chipping out, and they were livid,” said Murdock-Thorp. “They said, ‘They’re messing up your garden!’ ”

Not long after, “out of bounds” signs went up between the gardens and the golf course. If wayward balls bounce into the gardens now, golfers need to pick them up and drop them on the outside. No more hacking from among the boxwoods.

“That was a huge landmark,” Murdock-Thorp said with a laugh.

The country club dates to 1957, but the gardens go back further. Meadowbrook Country Club used to be Meadowbrook Farm, a sprawling estate where the Jeffress family lived in an English Tudor mansion that later served as the original clubhouse for the country club. The mansion was destroyed by fire in 1967, and a new clubhouse — which still stands today — was built on the same site.

At one time, the estate’s extensive gardens covered 20 acres with lawns, pools and fountains. A retrospective article in The Richmond News Leader in 1987 on the 30th anniversary of the club’s founding noted the gardens’ “walks and secluded nooks bordered by large English boxwood, azaleas, camellias and some exotic shrubs and plants.”

The Jeffress gardens were elaborate even before they hired Gillette — known for his gardens at Virginia’s Executive Mansion and Agecroft Hall, among others — to add his personal stamp.

Though the gardens cover much less ground than they did decades ago when they were regular stops on garden week tours, some of the original plantings remain.

The crape myrtles, which were in full bloom when I visited last week, are original, as are some of the boxwoods. Although without proper tending, some had grown to more than 10 feet in height and needed trimming, said Sarah Tatum, a former president of the club who spearheaded the effort to create the nonprofit and take over the gardens in 2010.

“Because they were allowed to grow, they’ve grown up into trees,” Tatum said. “We’ve been trying to get them back and feed them. They were dying.”

As with many such clubs, the Meadowbrook woman’s club has an aging membership. Most of its members are over 60, and some are beyond 80, so not everyone is physically able to get in the garden with work gloves and shade hats and attack, say, the poison ivy that had taken over parts of the garden.

“We’ve cleared Lord knows how many tons of poison ivy,” said Murdock-Thorp. Even so, the work is satisfying and worthwhile, even more than all of the lost golf balls and Easter eggs (from years of Easter egg hunts) club members have found in the cleanup.

“And being a banker, I see dollars,” added Tatum, who worked more than three decades with Signet Bank and viewed the garden as a potential moneymaker for the country club as a desirable site for weddings and other events if it could be spruced up. That business has “taken off,” she said. “Absolutely. We’re booking it up.”

All the while, the club keeps adding pieces of the past. In 2013, carpentry students from the technical center constructed a small reproduction of the once-extensive arbor that wrapped through the gardens. Plans are being developed to build a reproduction of its most famous gazebo, the Lace House, which dates from the 1800s and after it was moved from Meadowbrook in the 1960s found a permanent home at Lewis Ginter Botanical Garden.

“I think it’s really big that we started as a group of women to save the garden 50 years ago,” said Murdock-Thorp, “and here we are 50 years later.”

Read more features from Times-Dispatch columnist Bill Lohmann about people and places from every corner of Virginia.