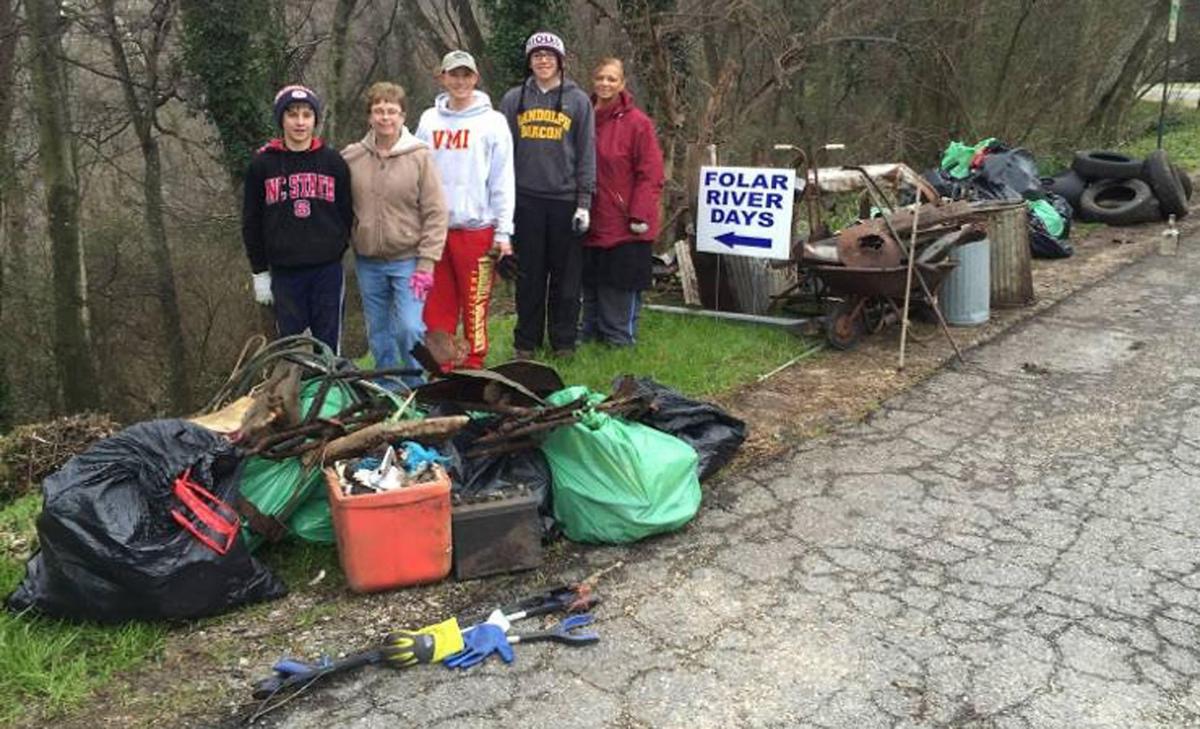 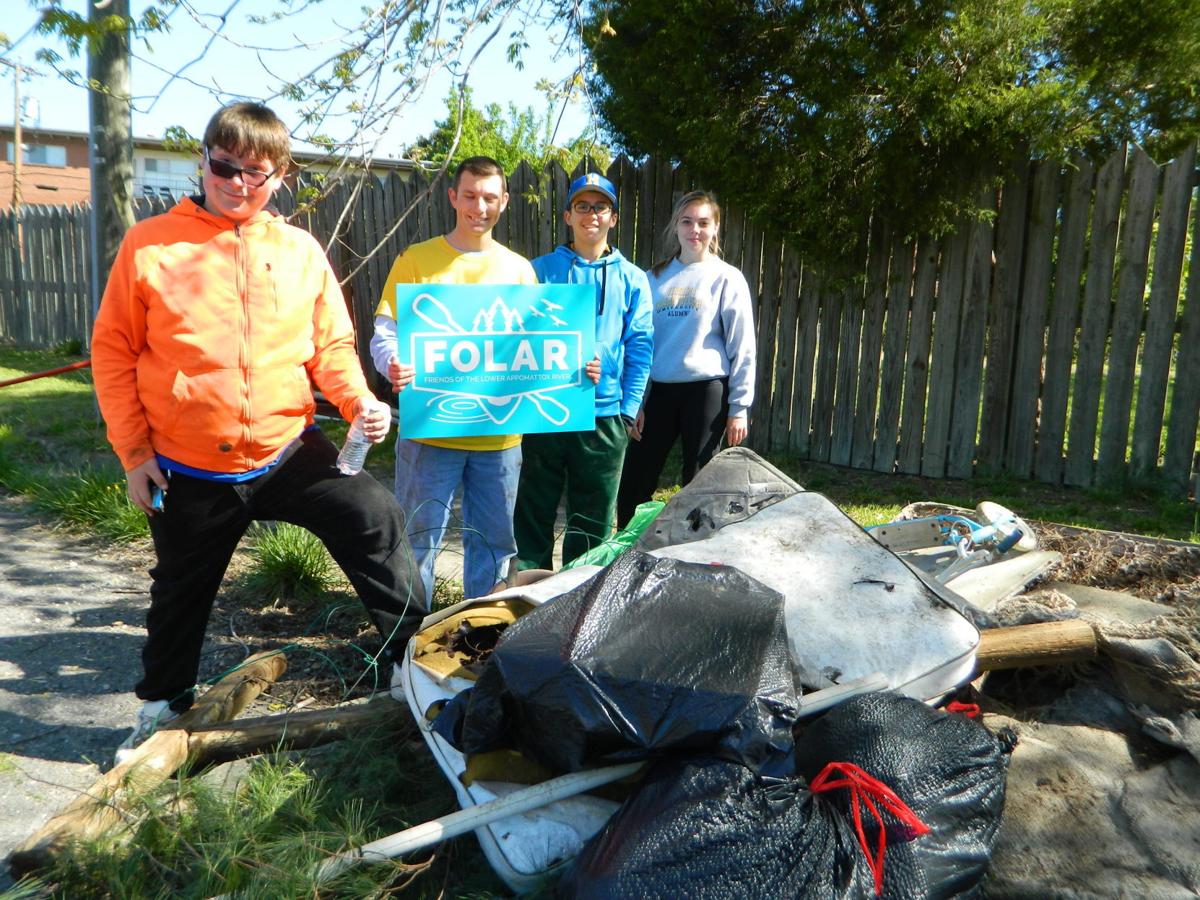 From left to right: Brandon Jameson, Johnny Partin, John Eliades, and Ann Audrey Eliades compiling some of the trash from a river clean up in the spring. 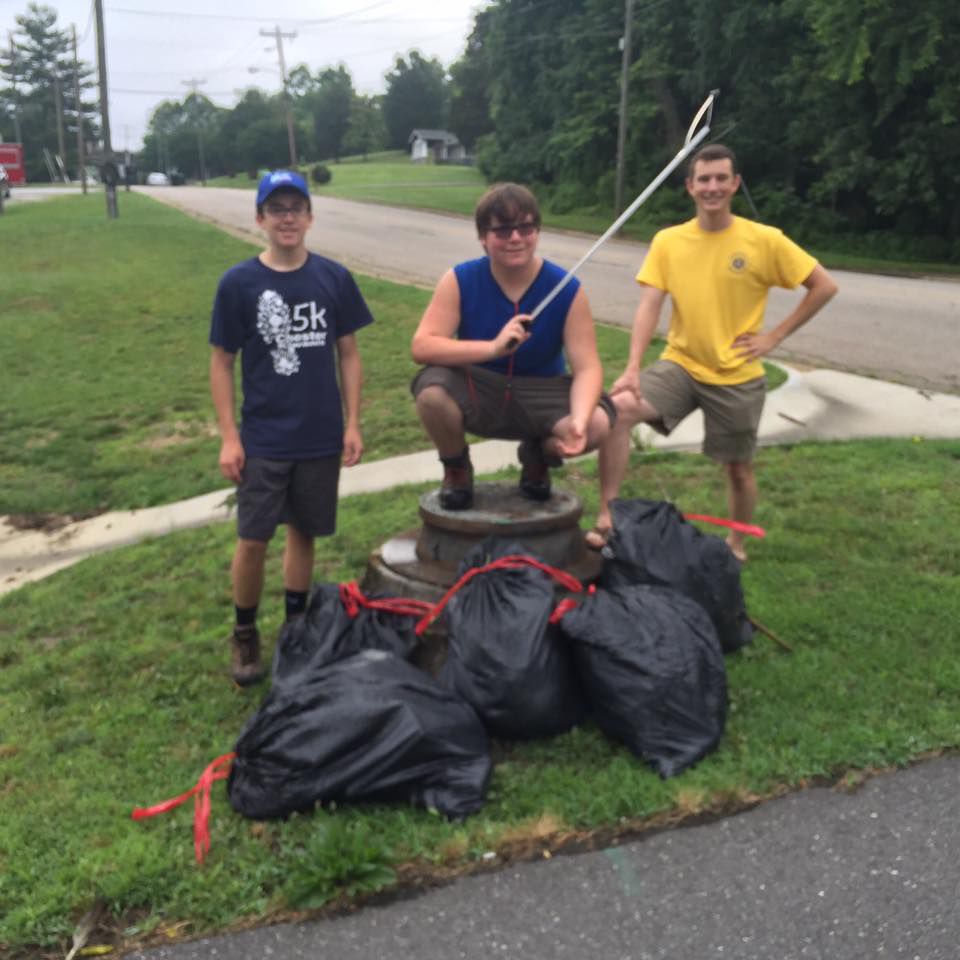 From left to right, John Eliades, Brandon Jameson, and Johnny Partin finishing picking up trash at the Hopewell Marina in June. 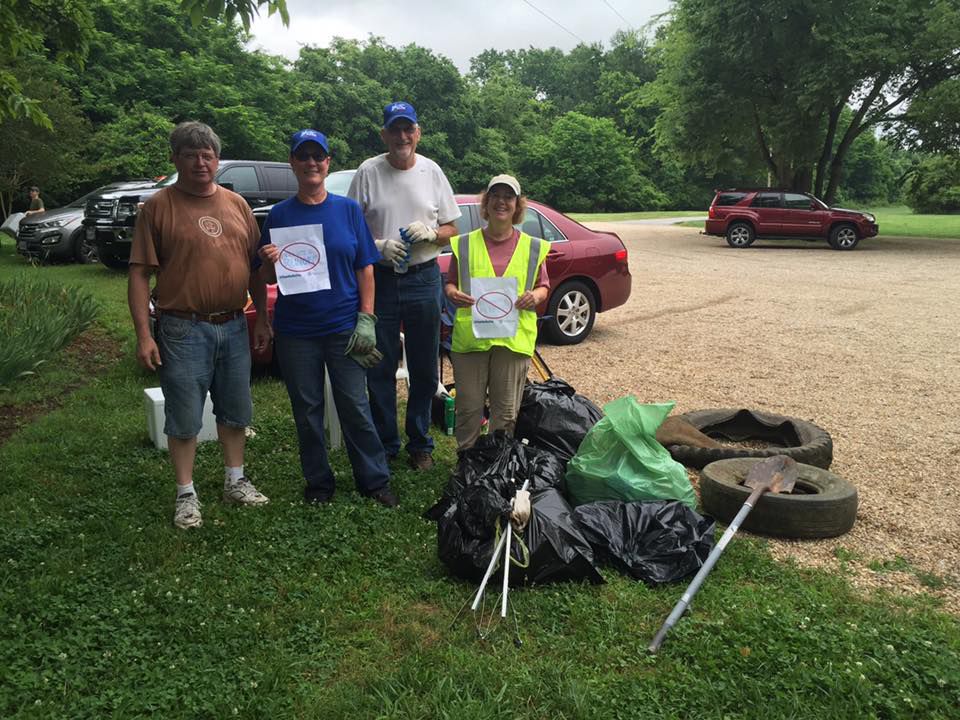 From left to right: Brandon Jameson, Johnny Partin, John Eliades, and Ann Audrey Eliades compiling some of the trash from a river clean up in the spring.

From left to right, John Eliades, Brandon Jameson, and Johnny Partin finishing picking up trash at the Hopewell Marina in June.

More than 10,000 pounds of trash will not be flowing into the Appomattox River and ultimately, the Chesapeake Bay, thanks mostly to young volunteers and a host of organizations and localities.

“It’s a great community effort, just bringing in all different factions of the community, the civic organizations, local government. It’s really a great model of regionalism,” said Johnny Partin, a board member of FOLAR.

The 10,000 pounds of trash collected is the most diverted from the river in at least more than a decade, according to those involved with the cleanups.

The cleanups will have effects beyond the region, Partin said.

Trash was picked up along the riverfront parks, trails and where FOLAR wants to put a 23-mile Appomattox River Trail. That is envisioned as a trek running from Chesterfield to City Point in Hopewell, where the Appomattox River converges with the James River.

Six surrounding localities, including Chesterfield, have pitched in to help build about half of the 23-mile trail so far.

Trash also was picked up along the creeks and streams that drain into the Appomattox.

The majority of the cleanups were helmed by people like John Eliades, a 15-year-old sophomore at Appomattox Regional Governor’s School in Petersburg.

He said he never really thought about the amount of trash he and his friends were picking up during their Saturday morning cleanups along the river where many of his family members live and where he loves to fish. He estimated that he organized at least five large-scale cleanups.

“That’s a lot when you think about it,” Eliades said of the 10,000 pounds of collected trash. “It’s awesome. We are trying to start a revolution. A lot of young people think it’s OK to litter. We want people to know the effects of even throwing a little piece of trash down. It’s going to go down waterways.”

His goals are even larger for next year, when he wants to collect 16,000 to 17,000 pounds of trash. He also called on other Hopewell residents to clean their driveways and streets.

He said he was motivated by a pride for Hopewell, to beautify the city that he loves. He was appalled when he saw things like diapers along the river.

“It’s disturbing to see all that trash. It’s gross,” he said.