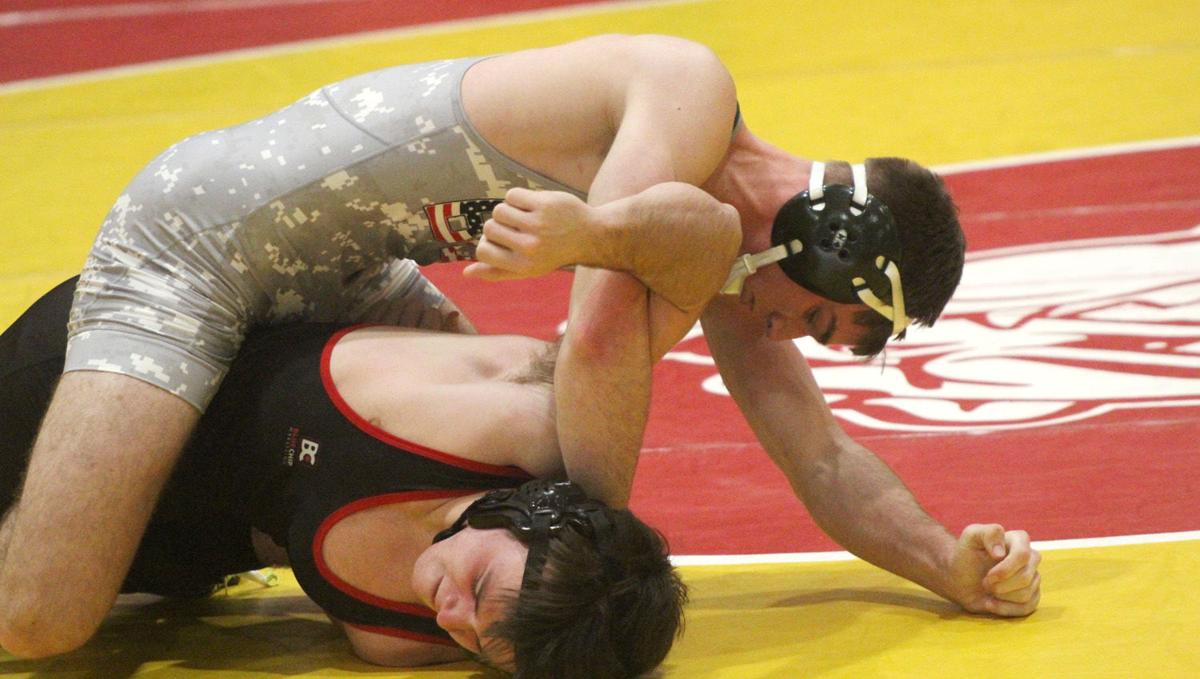 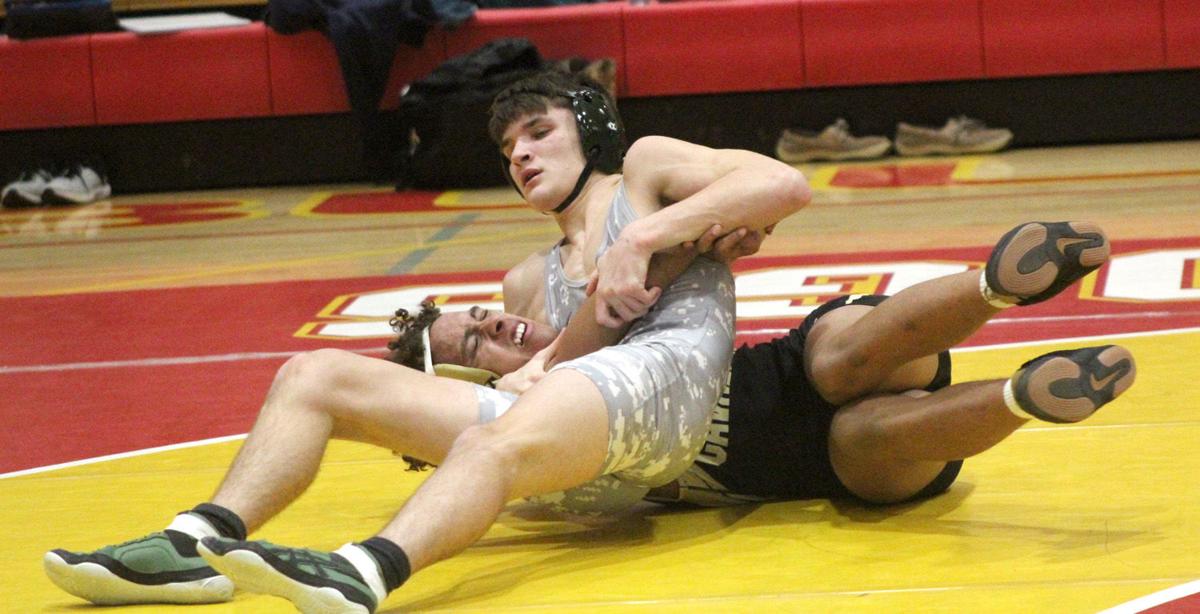 GOOCHLAND – After capturing the team championship in the Colon E. Baker Classic a week-and-a-half prior at Great Bridge Christian, Benedictine Wrestling kept rolling with a pair of team wins at Goochland High School against King William (57-22) and the hosting Bulldogs (53-24).

“It was two good wins – good to see some local competition and...we’re the only two high schools in the county in Goochland,” the Cadets’ head coach David Yost said of Goochland High School and Benedictine. “Hopefully we can build a little bit of a rivalry and keep this going.”

Alan Crandall (138) was on fire for the Cadets as he pinned King William’s Gabe Shumate in 54 seconds and Goochland’s Reese Vincent in 35.

“We wrestled tough and I think we dominated pretty well,” Yost said. “We’re going to the Virginia Duals this weekend and hoping to really do some damage there…we’re coming off of momentum from Great Bridge and from the Battlefield Duals where we really have done a really good job of just asserting our dominance on the mat, which is a huge staple of our style of our wrestling, and we continued it tonight, and hopefully we can get even more physical and more dominant in the future…”

From the Virginia Duals – which begin Friday, Jan. 10 and will be held at the Hampton Coliseum – Yost is looking for “hard-fought matches for six full minutes.” He also wants to see the Cadets’ wrestlers give up as few pins as possible while also making “a lot of really strong, brutal pins on our part.”