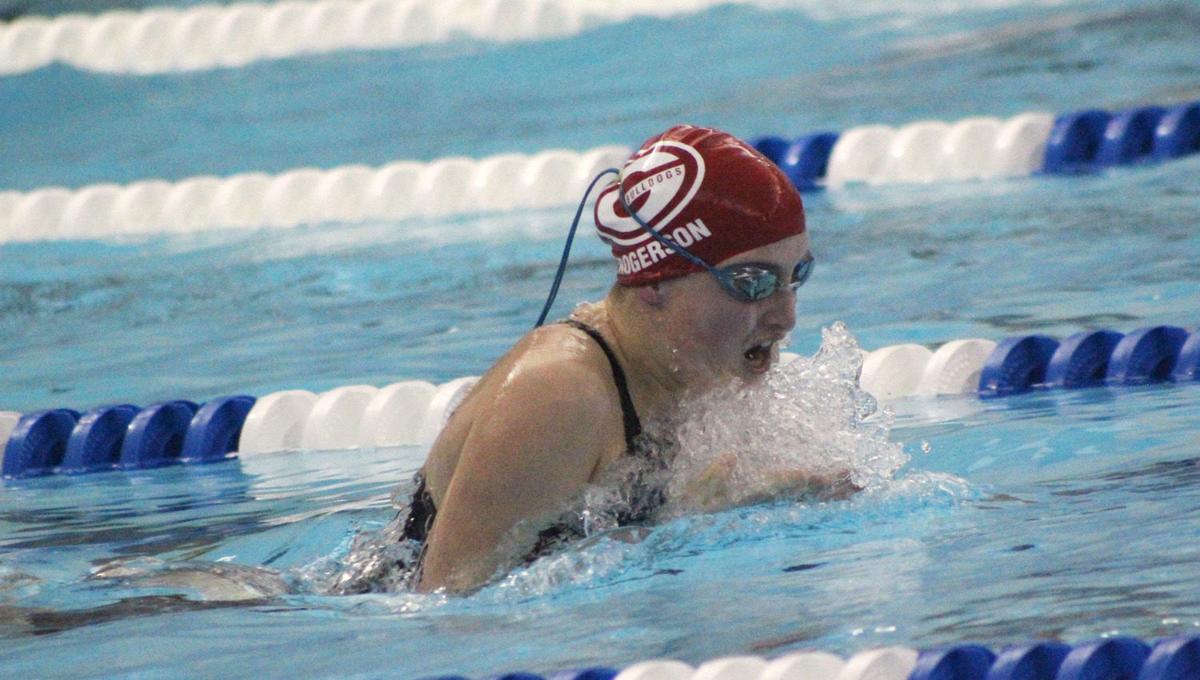 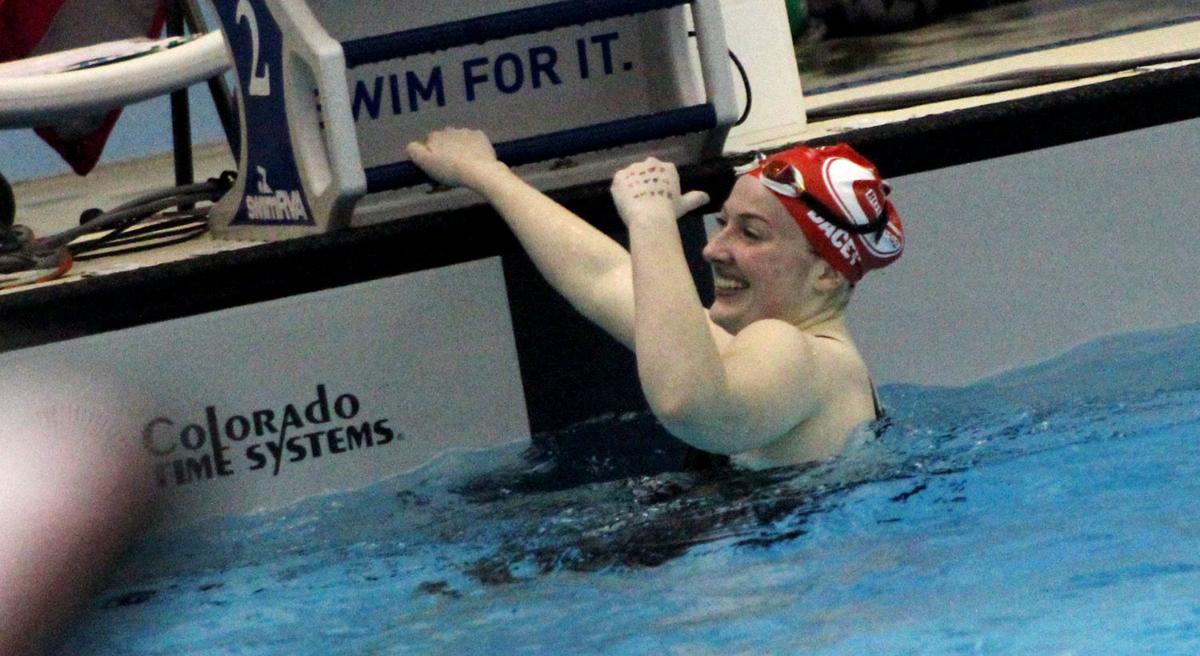 Goochland High School junior Skylar Dacey reacts after swimming to a third-place finish in the girls 200-yard freestyle in Friday's Class 3, Region B championships at SwimRVA.

Goochland High School junior Skylar Dacey reacts after swimming to a third-place finish in the girls 200-yard freestyle in Friday's Class 3, Region B championships at SwimRVA.

RICHMOND - She grabbed command from the start.

After diving into the water to begin the final heat of the girls 100-yard breaststroke in Friday's Class 3, Region B championships at SwimRVA, Goochland High School swimmer Anneliese Rogerson surged into a clear lead. But after she made her final turn and set her sights on the wall within the final 25 yards, Maggie Walker Governor School's Susanna Kast and Independence High School's Samantha Zacarias were right in the mix to create a diagonal line of three swimmers battling for the victory.

But to Rogerson, you keep going.

"I've worked too hard to give up now," she said.

She touched the wall in the same place where she began the race - first - to win the Region 3B championship in the girls 100 breaststroke.

It was a huge win for the sophomore, who not only qualified for the Class 3 state swimming championships, but did so in Goochland's first academic year moving up from Class 2 to Class 3, all-the-while finishing ahead of swimmers from Richmond's Maggie Walker, Loudoun County's Independence and Falls Church's George Mason High School.

Both of her individual swims were best times. In addition to winning the girls 100 breaststroke in 1:11.42, Rogerson swam a fifth-place time of 1:01.56 in the girls 100 butterfly.

"I worked really hard in the season and I try my very best every single swim in practice," Rogerson said, "and I just made it my goal to drop in this meet so that I can do really well in states."

Her goals are to work on her technique and work hard every practice and within these next couple of weeks leading up to the Class 3 state swimming championships at SwimRVA on Friday, Feb. 21.

Skylar Dacey joined Rogerson in qualifying for states and also in representing Goochland in the individual swimmers' competitions. The junior joyfully reacted and smiled after delivering a blistering third-place swim of 2:04.51 in the girls 200 freestyle. Dacey was also fast in the 100 free, swimming a sixth-place time of 56.96.

Dacey and Rogerson earlier in the meet paired up with sophomore Bayleigh Allen and senior Sophie Summitt to qualify for states in the girls 200 medley relay with a combined time of 2:02.03.

On the boys' side, seniors Caleb McCaskill and Richard Hardy, junior Brandon Avram and sophomore Joe Hardman swam their way into the state competition with a combined time of 1:53.61 in the boys 200 medley relay.

Rogerson was one of four individual Class 3, Region B champions from the Richmond area. From Maggie Walker, Noah Ratfliff won the boys 100 fly by .02 of a second ahead of Independence's Asim Asar in 51.98, Devin Naoroz won the boys 100 backstroke in in 52.50 and the Dragons' boys 400 free relay team in the final heat won the event in 3:16.71.